TIME TO MEAT THE PORKERS 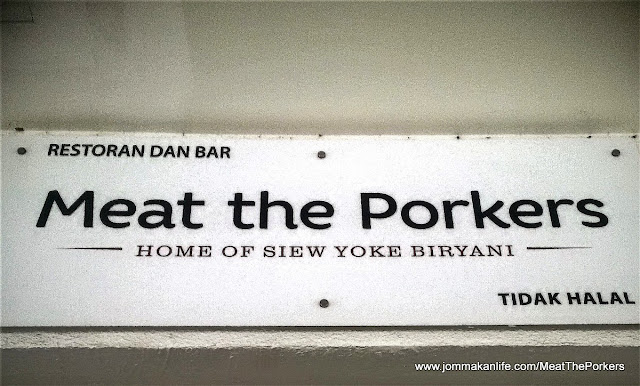 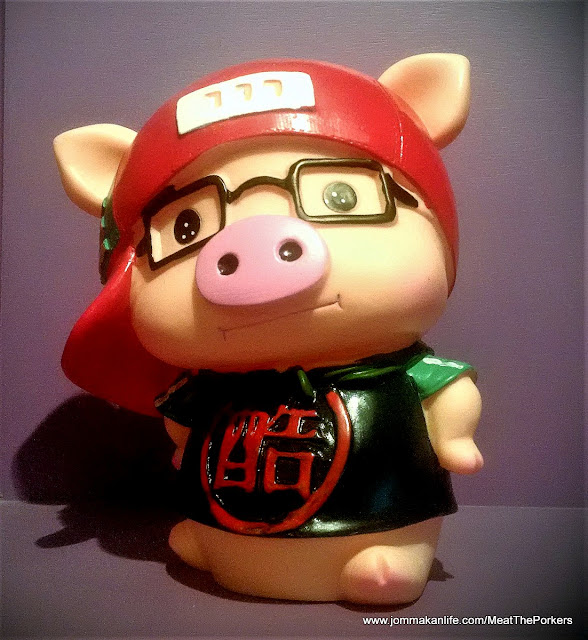 An interesting 'hook'. A compelling story. That's what every restaurant should have if it wants to stand out and pull in the crowd. Enterprising restaurateur Herukh Jethwani is savvy enough to know that and he's proven it with his newest eatery, Meat The Porkers. 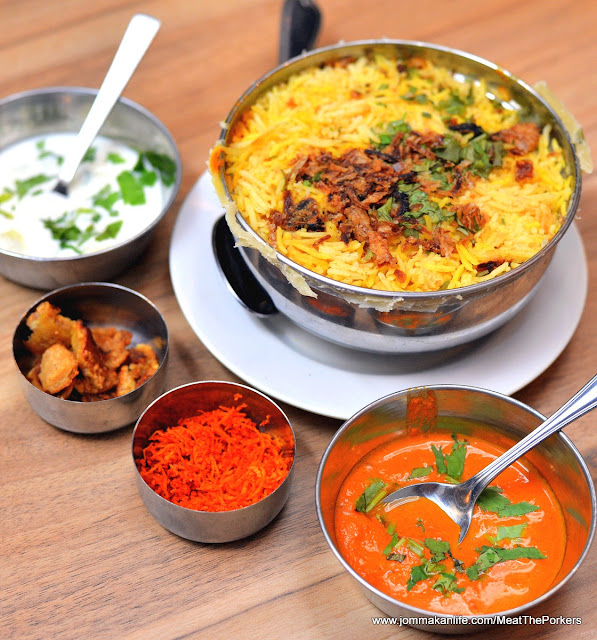 Having set the local resto scene abuzz with his Fierce Curry House in Bangsar and Fiercer in Solaris Dutamas, Herukh is now hitting paydirt with Meat The Porkers and Siew Yoke Biryani (RM28) as its raison d'être. 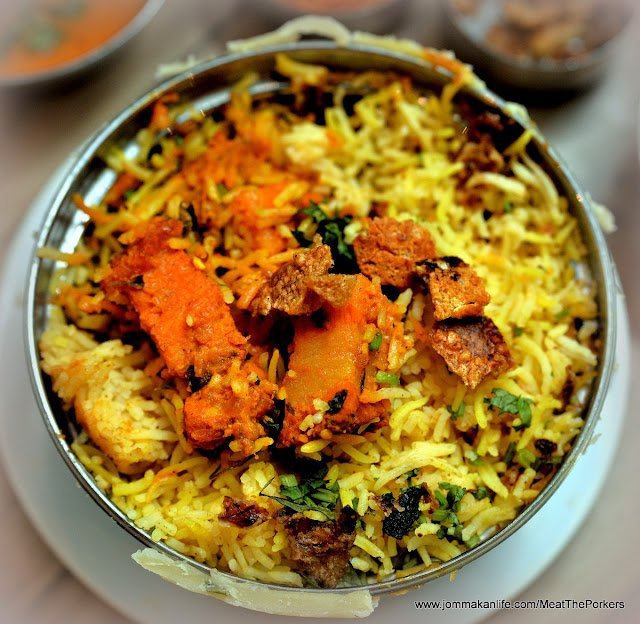 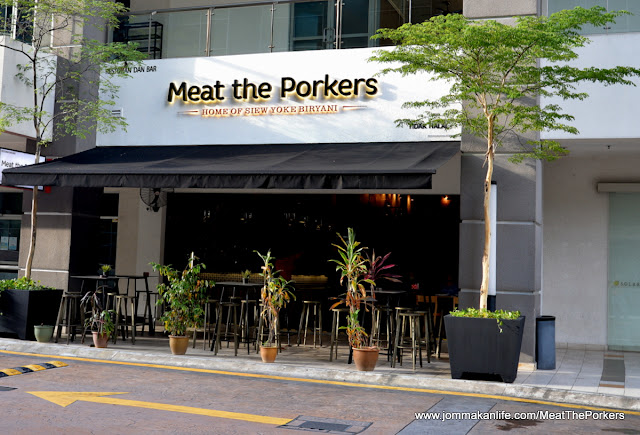 Knowing he was in uncharted waters, Herukh decided to gauge market response by accepting takeaway orders for his siew yoke biryani through Facebook. He recalled mirthfully, "My family wasn't amused when strangers kept coming to our house to collect their siew yoke biryani orders." 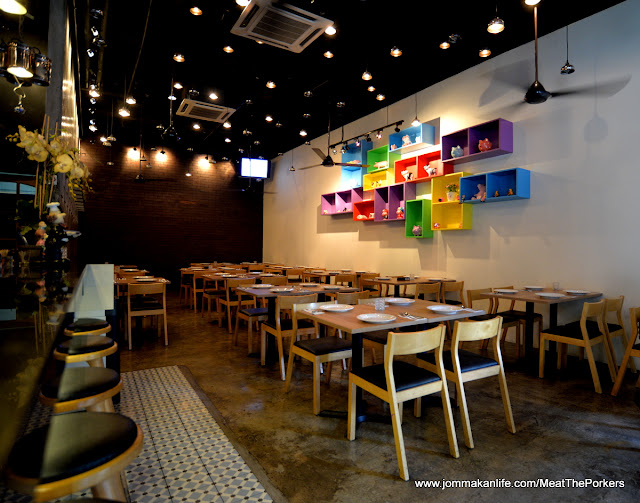 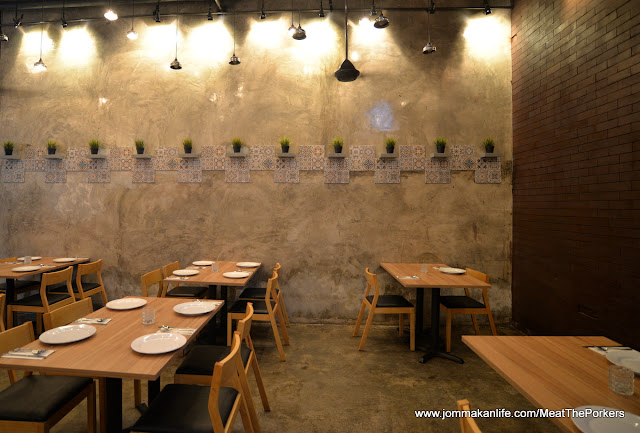 Still, every pork lover has his day and Herukh finally brought Meat The Porkers to fruition last November. The pared-down, fuss-free setting is adorned simply with stacked, multi-coloured boxy shelves displaying a whimsical collection of pigs on one wall facing a long bar. It oozes casual, fun and laidback vibes that put diners immediately at ease. 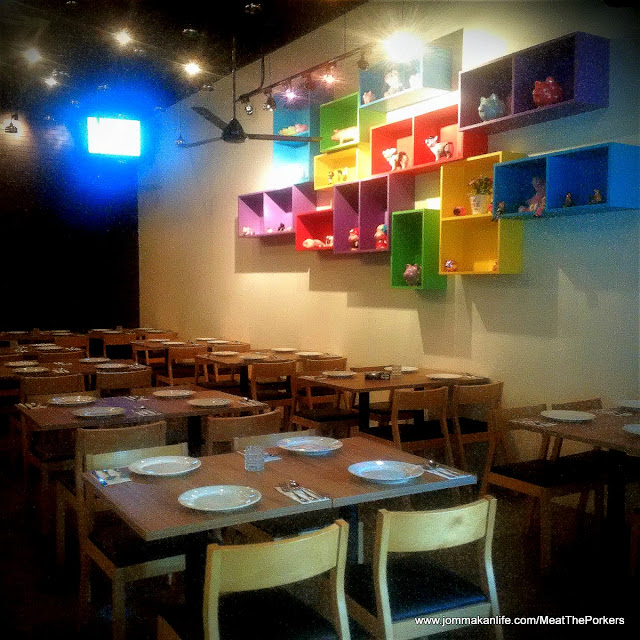 He admitted he was surprised by the many new customers who are beating a path to his new resto's doors. "Right now, I daresay Meat The Porkers is the world's one and only restaurant to serve Indian-style porky dishes." 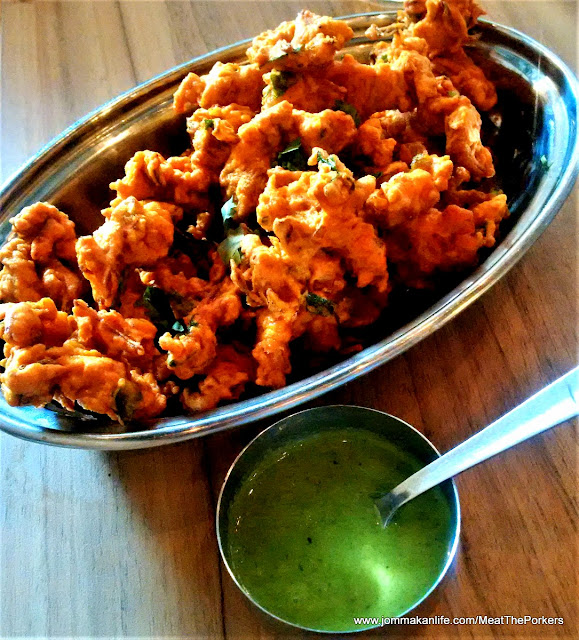 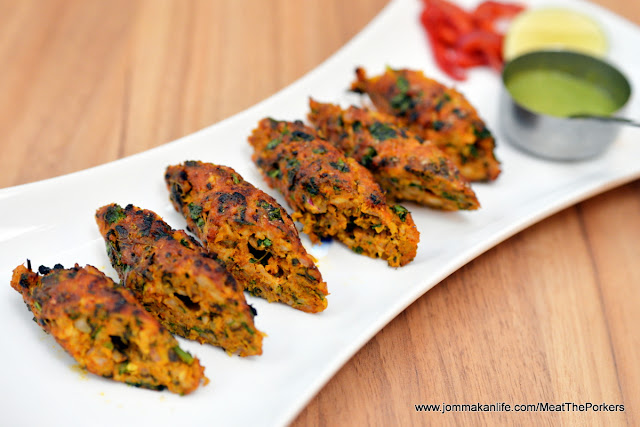 Like a daredevil stepping off a precipice, Herukh has succeeded in turning Indian cuisine on its head with his new, tasty yet familiar dishes: tandoori pork ribs, pork pakoras, pork sheekh kebabs and bacon & cheese naan. 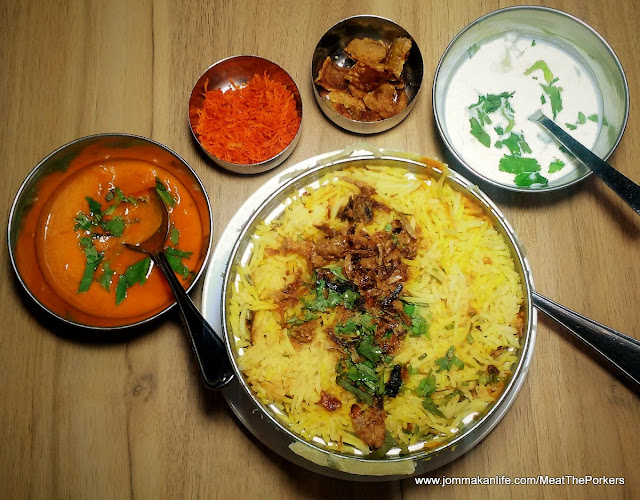 The showstopping Siew Yoke Biryani came befittingly up to expectations. Our anticipation peaked when the dough-sealed lid was removed, releasing intensely droolworthy aroma as chunks of tender siew yoke (roast pork) were dug out from within the rice. 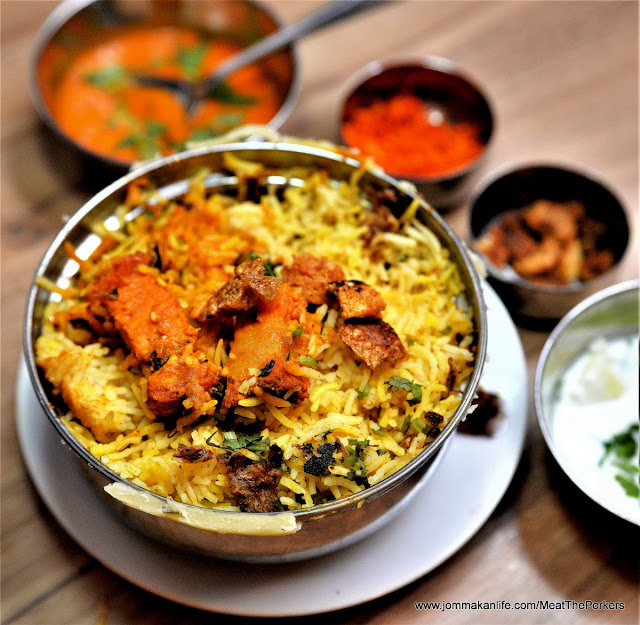 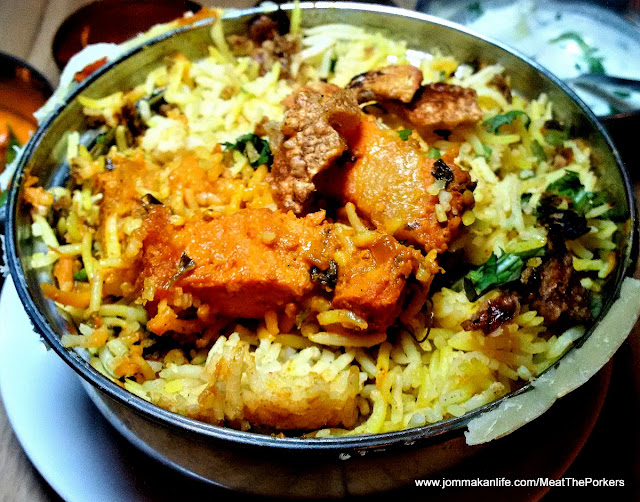 It was good to have the crackling crisp skin served separately, to be sprinkled onto the biryani hence lending nice crunchiness to the rice. We reckon copycat eateries would soon be jumping onto the bandwagon to offer this inventive and scrumptious speciality. 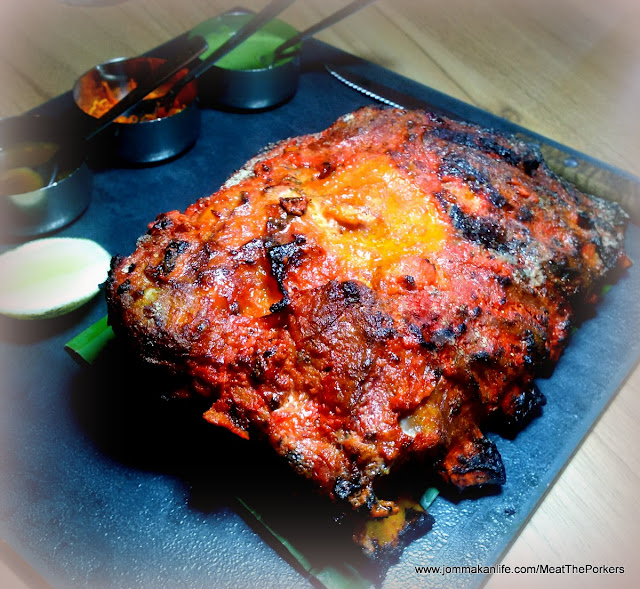 During our visit, we noticed every table invariably had a serving of Tandoori Pork Ribs (RM48). Ah, the proof was definitely in the eating the minute we sunk our teeth into the juicy, meaty ribs. The specially concocted marinade is tweaked from Gordon Ramsay's barbecue sauce recipe, infused with myriad Indian spices and rubbed onto the pork ribs. 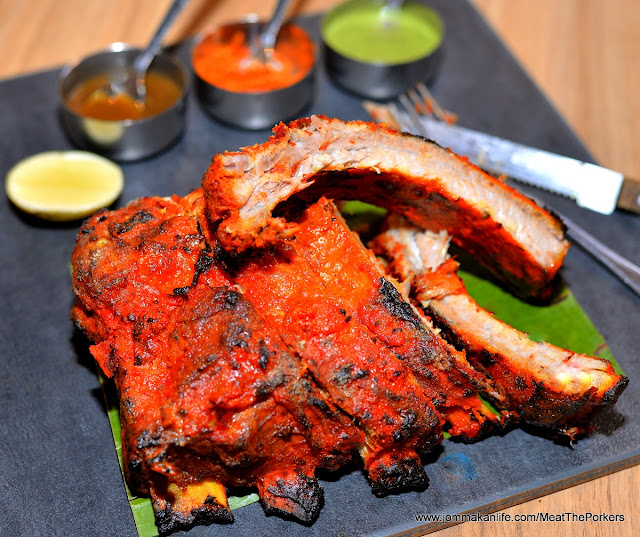 Baked in a traditional tandoor, the moist meat had a toothsome bite to it and boasted deep-seated flavours. To enhance the overall dining experience, sprinkle Pol Sambol (grated coconut chutney with chilli powder and lime) and Tamarind BBQ Sauce onto the ribs. The side dish of Mint Chutney also took the edge of the meaty richness. Trust us, you'd pick the bones clean. 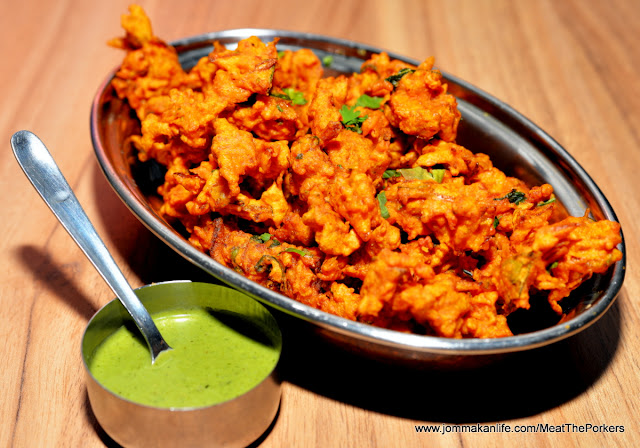 The Pork Pakoras (RM20) was super addictive thanks to fingerlings of pork loin sheathed in light batter riffed with aromatic spices that lit up the tastebuds the more we chewed. A kid-friendly option should you have young ones in tow. 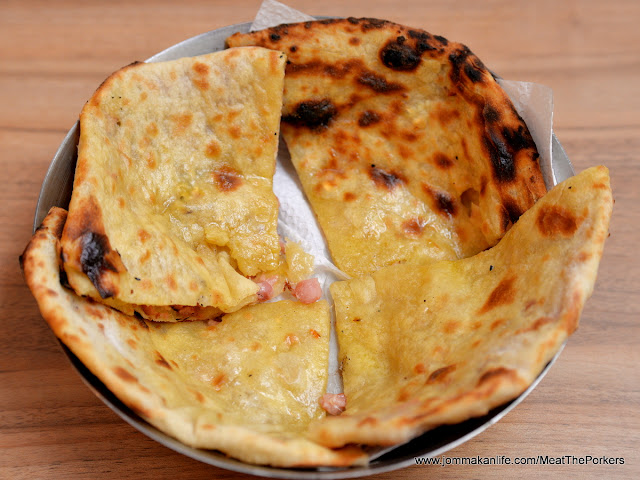 While I'm not big on the house speciality of Bacon and Cheese Naan (RM15), I think it should hit the spot for anyone who enjoy super cheesy fare. The naan came stuffed with bacon chips sautéed with garlic for greater flavour, bound together with Colby and Cheddar cheese to bestow melty and stretchy appeal. 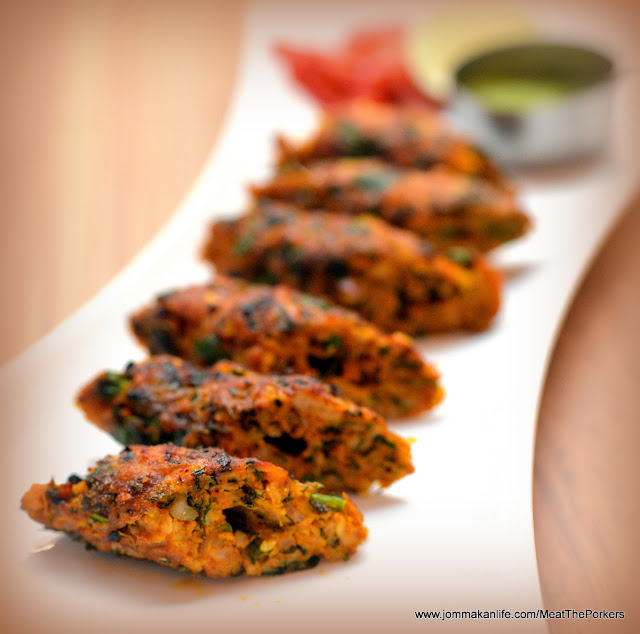 Warm, spicy overtones (presumably ginger, green chilli, cumin, fenugreek and garam masala) were discernible in every bite of the delicious Pork Seekh Kebabs (RM28). Traditionally, this speciality is made with minced lamb but the white meat appears to work just as well. 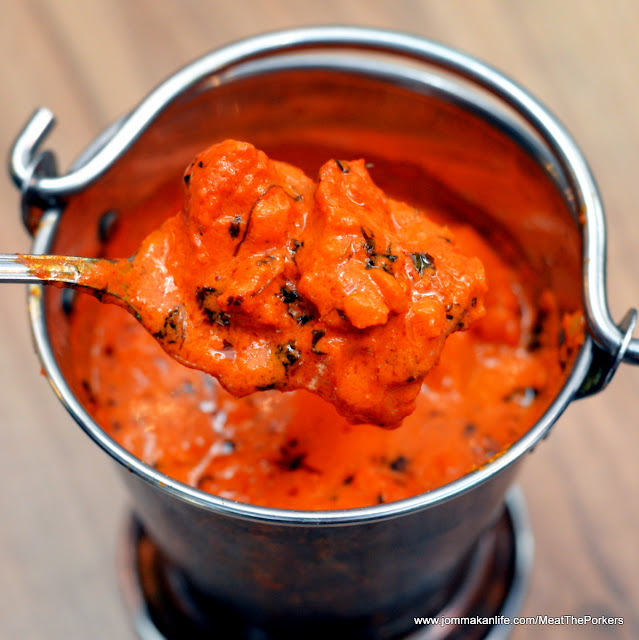 It took a lot of restraint on our part not to beg for plain rice when the irresistible Butter Pork (RM28) was part of our feasting fray. Rich and redolent with mouthwatering whiffs of heady Indian spices, this dish was a surefire crowd-pleaser. 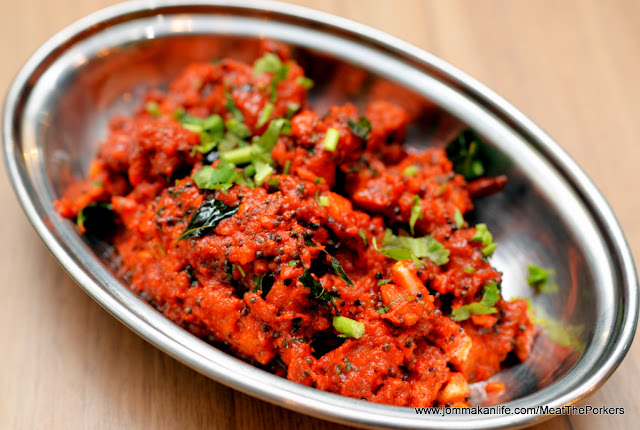 Herukh's tempting pork-folio also included Pork 65 Masala (RM28). From my past encounters with the chicken 65 dish, I was told by Indian chefs the spice-marinated deep-fried boneless chicken chunks were a popular snack. At this resto, the pork pieces were rendered in thick masala gravy bursting with robust spice accents. 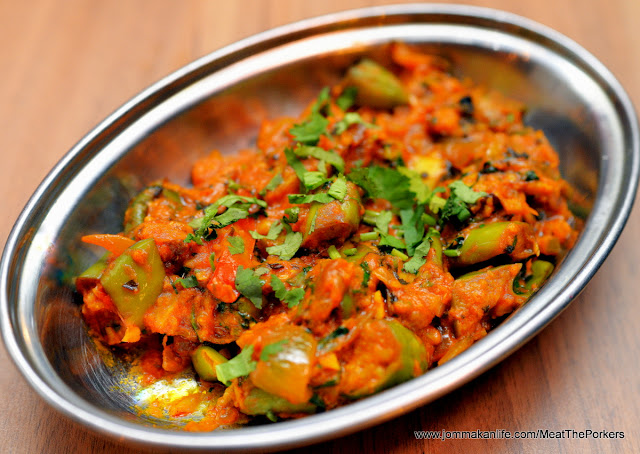 To fulfill our requisite veggie quota, we had supplementary dishes of Eggplant Masala and Dhal Curry. Both were excellent in the taste department; notable in the supporting role of the resto's porcine-dominant menu. 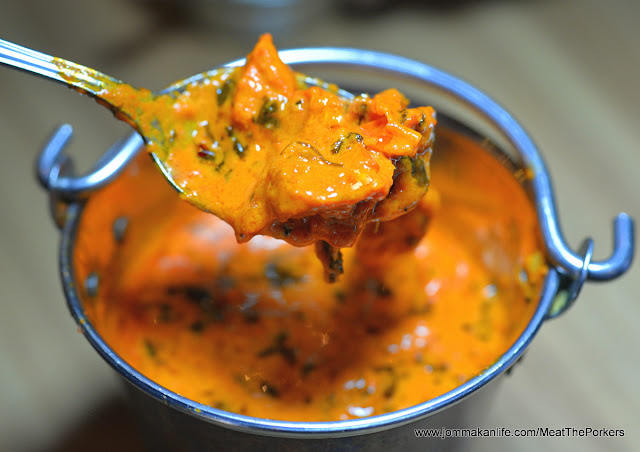