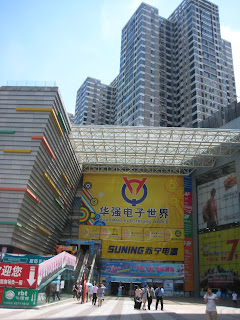 It felt a bit weird when you can’t Facebook nor blog while in Shenzhen...

Anyway the 3 days/2 nights working trip was rather unexpected but I guess I should be used to such turn of events by now. It an uneventful 1st day save for the fact that I unwittingly became d proverbial sui yue (Chinese terminology for sucker!) and boarded a (unauthorised) taxi (Chinese-style kereta sapu) fm d airport and was conned out RMB400 (approx.RM200) just 4 tat trip! >.<

Was ravenous by the time I checked into the nearby Hanting Express (inn). I popped into a nearby convenience store n bought myself a rice dumpling and a herbal tea egg. Gobbled tat down but was hungry again by 6 pm. Being the coward that I am (of course u cant tell cus I was so-oo good at walking around with some kinda swagger and a sense of bravado ;p) I went 2 a no-frills restaurant for dinner after being taken in by all the hanging goodies in the window display that looked similar to our regular chicken/duck rice stall. 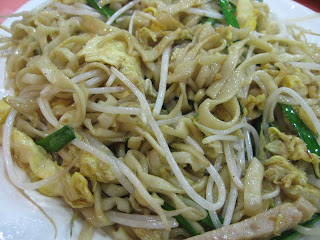 I ordered fried noodles – the waitress assured me it’s a manageable portion – until i saw the actual serving! It could hv fed a family of 2 adults & 1 kid seriously...the noodles weren’t great although it was handmade and the 'liew' (ingrdients) were kinda lame: long stringy beansprouts, shards of omelette, ham strips of some kind and chives. 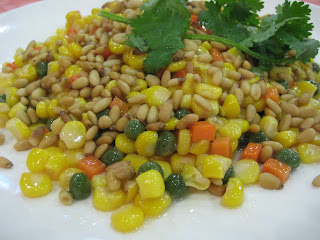 Greedy me also ordered a side dish of stir-fried corn kernels with pine seeds, peas and diced carrot which tasted decent albeit slightly oily. In the end I had to pack the leftovers 2 takeaway. What I like most was the appetiser of pickled kelp strips with chilli, garlic & vinegar – it was tangy and left a fiery-hot burn at the back of the throat. Sure made an impact.

That dinner cost me RMB32 which works to abt RM15 – d boss even asked me how come i couldn't finish d food! Well hello obviously it was too much for one person ... unless u happen 2 b a voracious local?!!

Admittedly everything else that came out of the kitchen n headed for other tables looked way way better than what I had! What was that pearl of wisdom again abt observing what locals eat n then ordering d same? Must remind self 2 practise what's being preached!

Really kicked myself when I strolled to d front of my htl n found that the whole frigging place was Restaurant City! I kid you not...the whole row of them boast huge flashing neon signboards as if it was a Las Vegas-style food show!

The 6-7 restaurants proffer Chaozhao, steamboat, salt water duck ...well, my Chinese knowledge can't even match up to primary school standards so the rest’s lost on moi! Terribly frustrating as I only recognised certain words like mien (noodle), ya (duck), yue (fish), hu’o (fire something which presumably means ‘for wor’ or hot pot in Cantonese!) There was one ultra-modern outlet that looked intriguing like a Japanese restaurant nut I could be wrong. Like us Msians d Chinese here also love to eat...some eateries were fuller than others – dunno if it was becos they’re cheap & nice or just cheap...