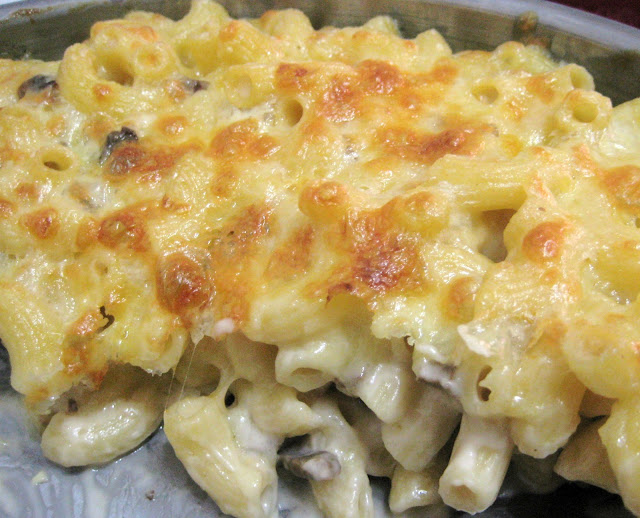 Doesn't this Mac & Cheese look good? The best thing about it is the recipe's so simple that you can whip it up in a jiffy on a lazy Sunday...especially when the wallet runs dry and you don't feel like slaving away in the kitchen but the family still needs feeding!

I use a mixture of mozzarella cheese and creamy Jack cheese to give the pasta moist stickiness and of course, wisps of stretchy threads that kids love. You can also add sliced mushrooms of your choice, some chopped bacon or even strips of sweet yellow and red pepper into the equation. 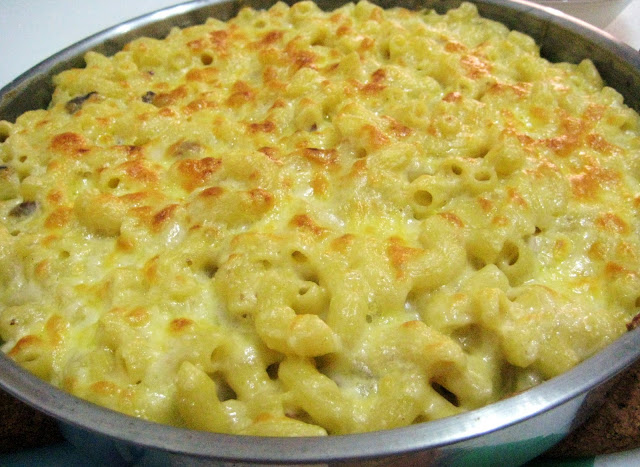 Here's what I used:

Partially cook macaroni in a big potful of boiling water (added with salt and a drizzle of olive oil) for about 5-8 minutes. The pasta doesn't need to be cooked through as it'd be baked again later.

When the pasta turns slightly opaque, remove pot from stove and drain off water from pasta using a colander. Toss until dry and keep aside.

Pour in cream, Campbell's soup and 2 cups grated cheese. Stir well to mix evenly and add water. Stir again thoroughly and season to taste with ground pepper. (Salt is unneccesary since the cheese and canned soup are already quite salty)

Bring to a gentle boil and turn off heat. Place macaroni into a large baking pan or deep casserole.

Stir in cream and cheese mixture into the macaroni. Sprinkle the remaining cup of grated cheese on top.

Bake in oven for about 15-20 minutes; the cheese crust on top should have turned slightly golden brown.
Let the pasta dish cool down for 5 minutes and it's ready to serve.

Any leftovers can be kept in airtight containers and reheated for later consumption. 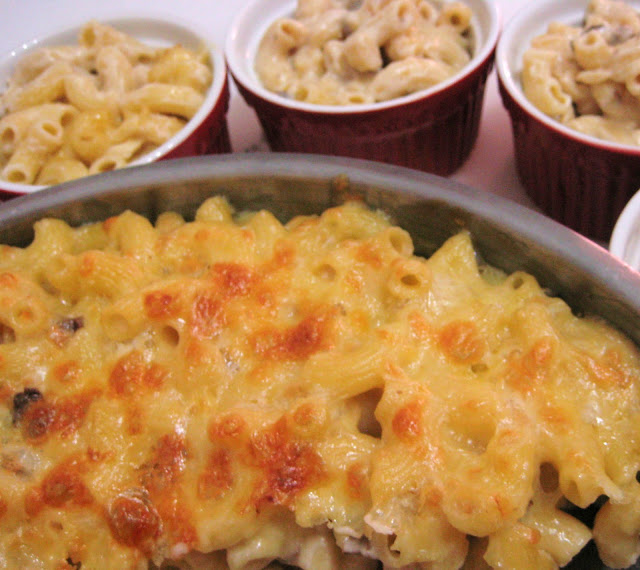 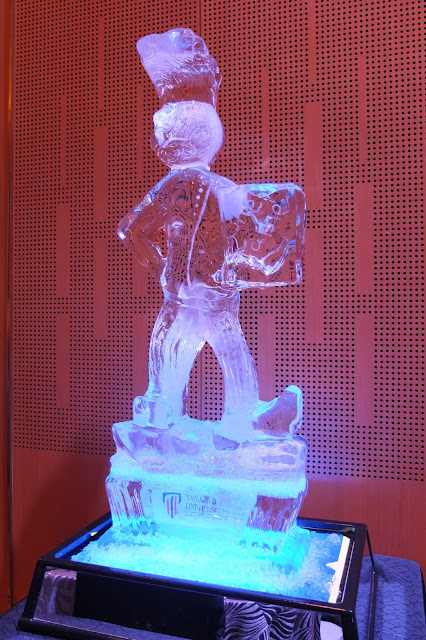 Would Malaysia stand tall in the culinary world in future, producing our globally renowned celeb chefs like Joel Robuchon, Wolfgang Puck and Jereme Leung? Nothing is impossible if the crop of youthful talents from local culinary academies and universities continue to hone their skills and master the intricacies of their chosen vocation. 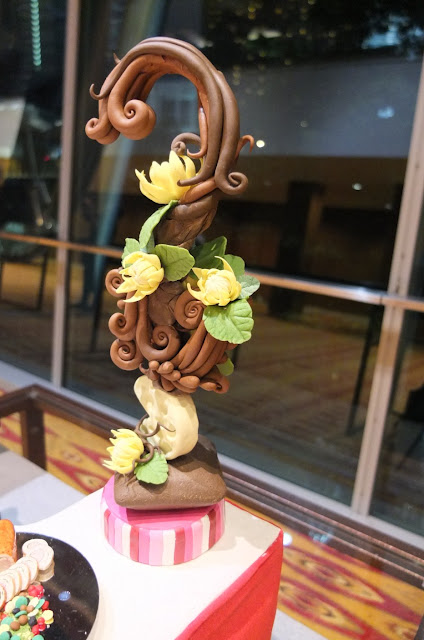 The proof of the pudding is really in the eating. Recently the inaugural Youth Chef Table saw a full scale banquet for 200 guests capably produced by different participating teams in the cutting-edge kitchen of Chef Richmond Lim at the KL Convention Centre. 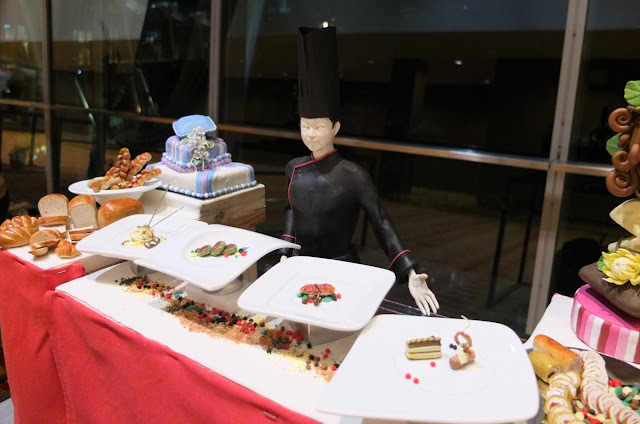 It was endearing to witness the youngsters who braved stage fright and the spotlight's blinding glare to introduce themselves as well as the dishes. 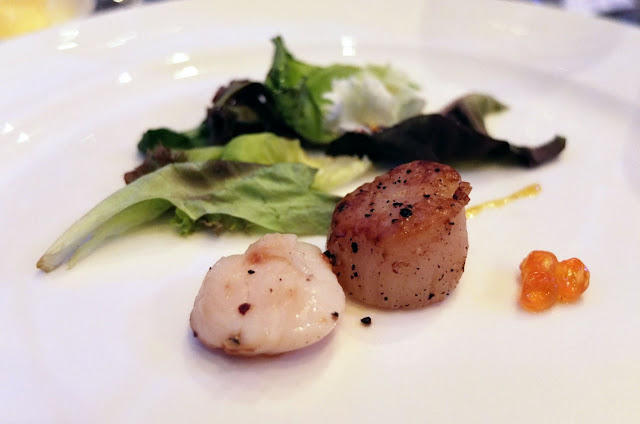 The first appetiser of sea scallop with bell pepper sauce, mesclun with calamansi-gula Melaka vinaigrette and ikura was presented by the Kuala Lumpur Metropolitan University College complemented by a crisp, light Cono Sur Tocornal Chardonnay. The delicate dish was an apt primer that whetted our appetite of what was in store for the evening. 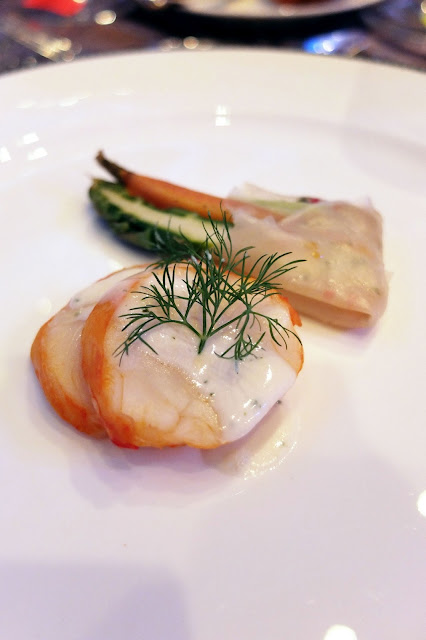 Berjaya University College of Hospitality then kept up the momentum with tea leaves smoked lobster tail with lemongrass veloute, another ethereally delightful offering that left us wanting more once we discovered how well it complemented the citrusy fresh Cono Sur Tocornal Chardonnay. 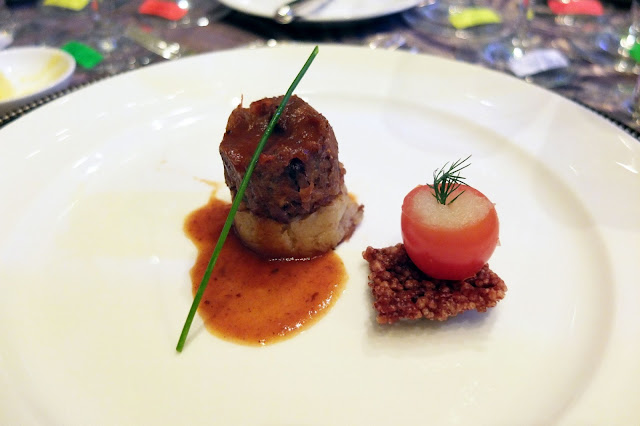 Not to be outdone, Cilantro Culinary Academy conjured up a rich subtly gamey duck confit with brown sauce infused with lemongrass to go with the full-bodied red tipple of Cono Sur Tocornal Cabernet Sauvignon. 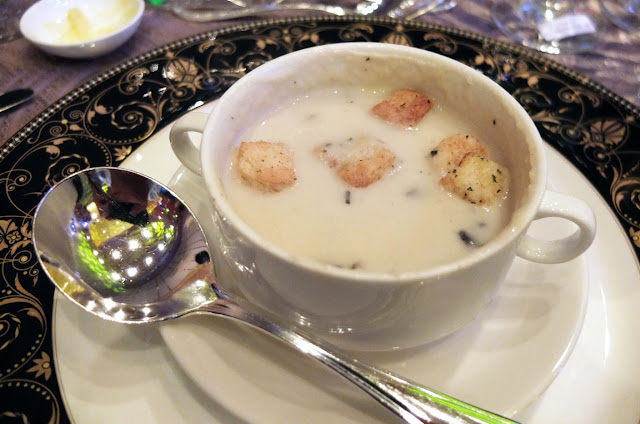 Proceedings warmed up further with the appearance of INTI Laureate International Universities' truffle infused cream of cauliflower with mushroom fricassee. The creamy, earthy soup which fooled us into thinking it was a mushroom soup proved to be an apt choice to go with Cono Sur Tocornal Cabernet Sauvignon. 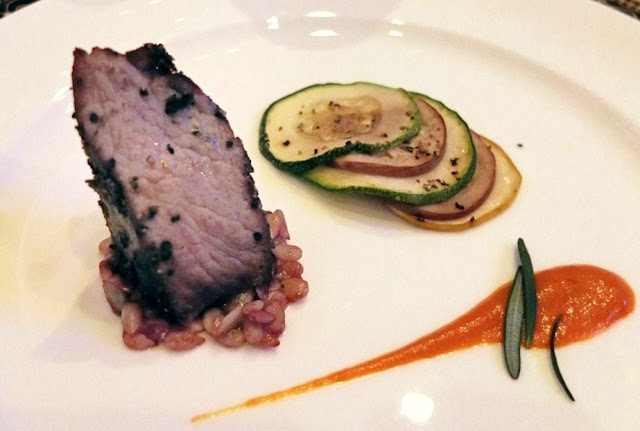 Then we succumbed to the beguiling taste of KDU University College's tender lamb rump with pepper coulis, sunflower seeds, snowpea shoots and cranberries complemented by sips of a garnet-red and mildly spicy Cono Sur Tocornal Merlot. 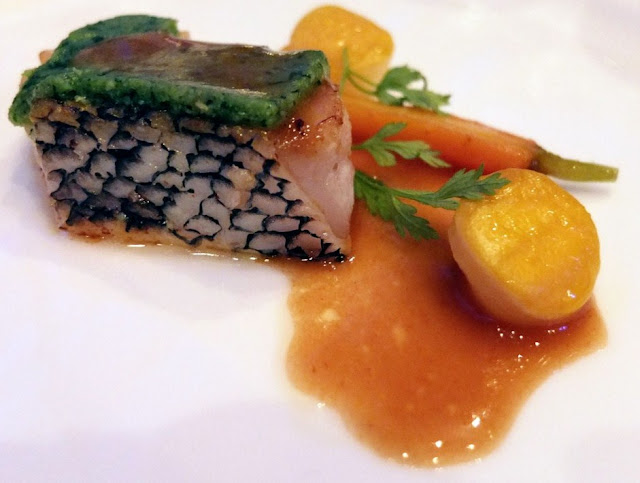 Sunway University kept the momentum going with a sumptuous pan-seared cod with persillade, glazed baby carrots, braised yellow zucchini and crustacean sauce - a dish that left me personally hankering for more like little Oliver Twist. Together with the crisp refreshing Cono Sur Tocornal Sauvignon Blanc, can you really blame me? 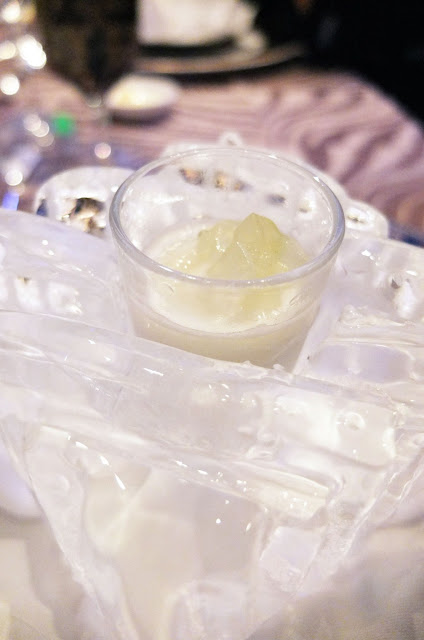 To give everyone a breather from the slew of good food and wine (and ciggie smokers a much needed break!) the Kuala Lumpur Convention Centre team wisely proffered a tart but timely limau purut sorbet with crystallised jello to cleanse our lucky palate. 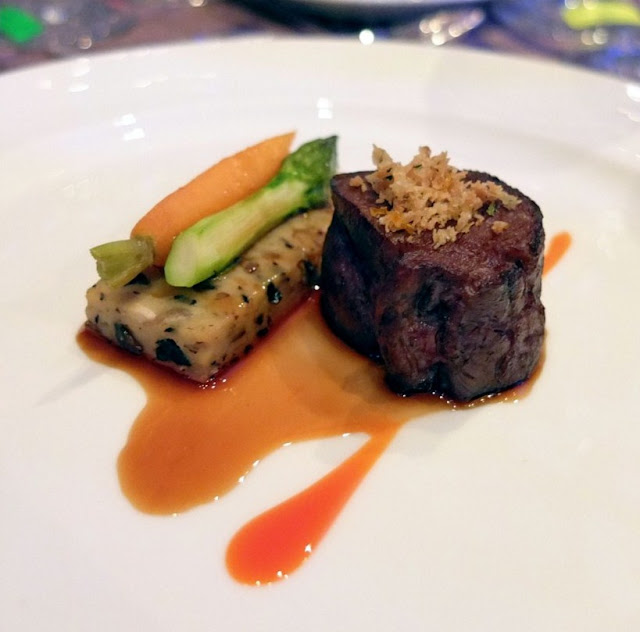 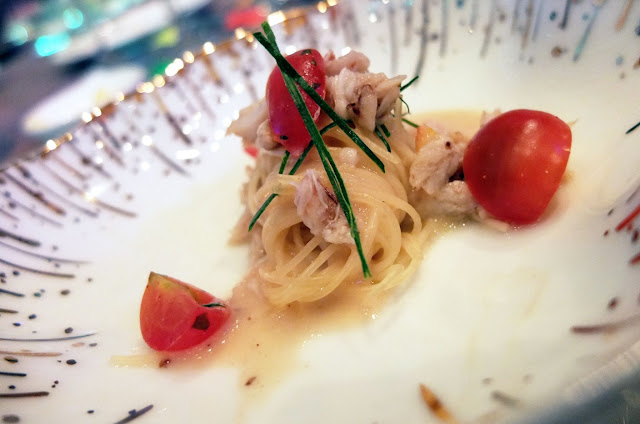 The last course before dessert was a spicy-tangy Thai-infused crabmeat on angel hair pasta by Legend International College of Hospitality and Tourism matched by Cono Sur Gewurztraminer. 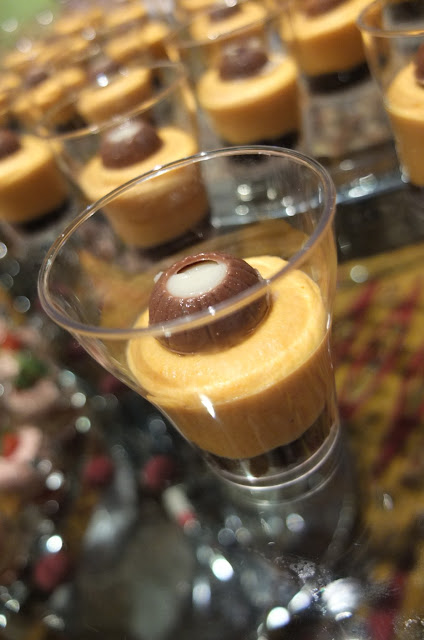 Dessert was served buffet-style at the foyer area. It was an impressive line-up and a sweet concerted effort by all the participating teams that flex their culinary creativity. Carrot mousse on brownie and chocolate truffles filled with coconut jello are two outstanding creations that went pleasantly well with our cuppa, ensuring a lovely conclusion to the evening. 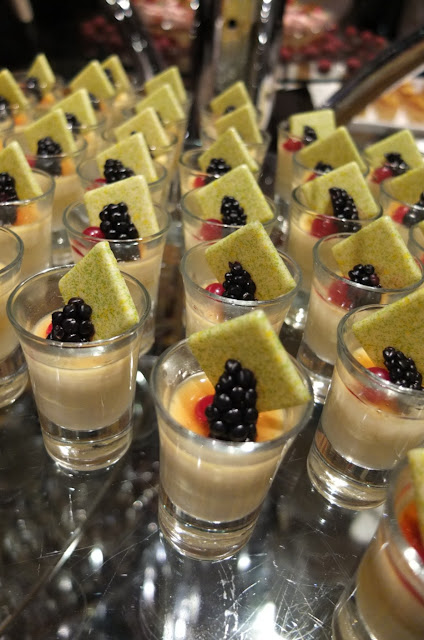 We also discovered a unique but refreshing soursop creme brulee, silky smooth citree poached pear with jelly and some strawberry-inspired treat that tastes similar to tiramisu. 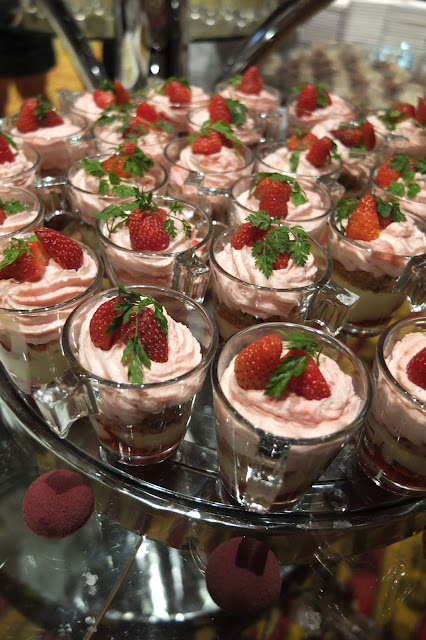 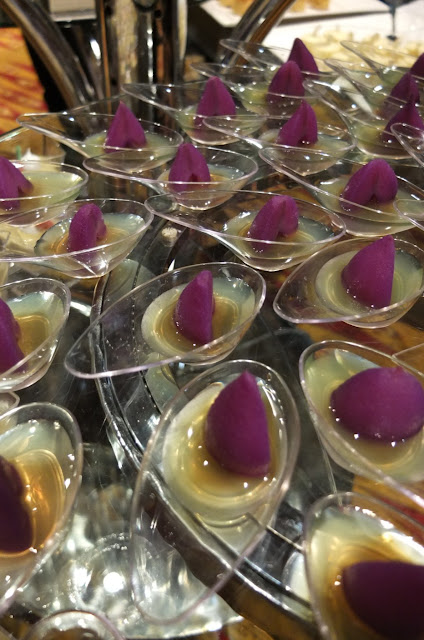 As we went home that night amply satiated, I couldn't help but wonder if the first year culinary students can produce such great food at their maiden attempt, what other marvellous dishes we'd be sampling in the years to come once they have finely honed their skills.


The Chefs Association of Malaysia and like-minded parties like KL Convention Centre (namely the CEO Datuk Peter Brokenshire and Executive Chef Richmond Lim), MLA, etc must be lauded for lending their support and giving the youngsters unstinting exposure on how working in a world-class, award-winning banquet environment feels like.


While it's not exactly Gordon Ramsay's Hell's Kitchen, the Youth Chef Table event is no walk in the park either. Kudos to all the brave souls for withstanding the heat and not getting out of the kitchen after this gargantuan effort!

Read more about the event here: