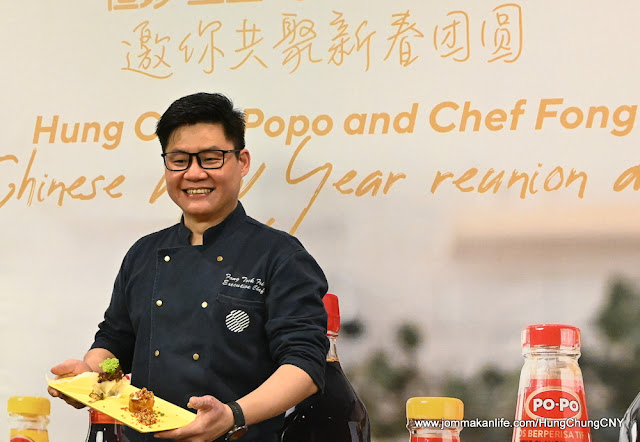 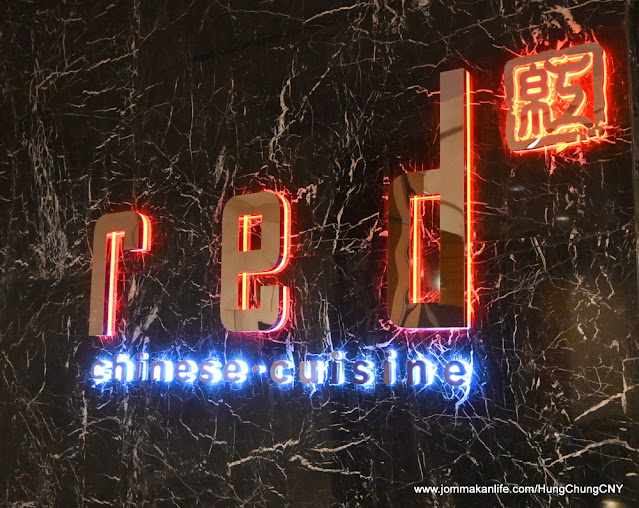 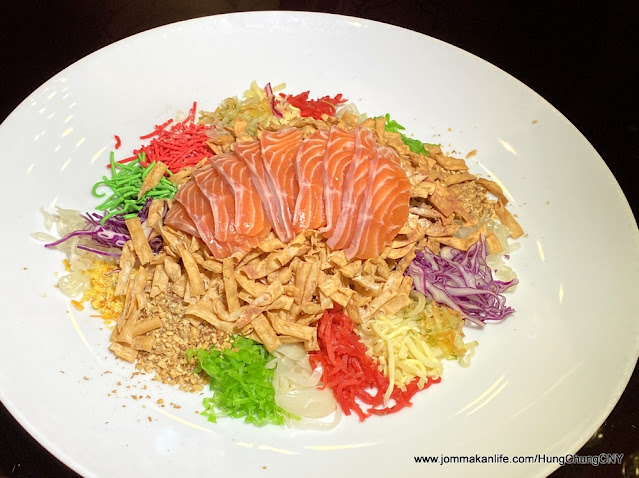 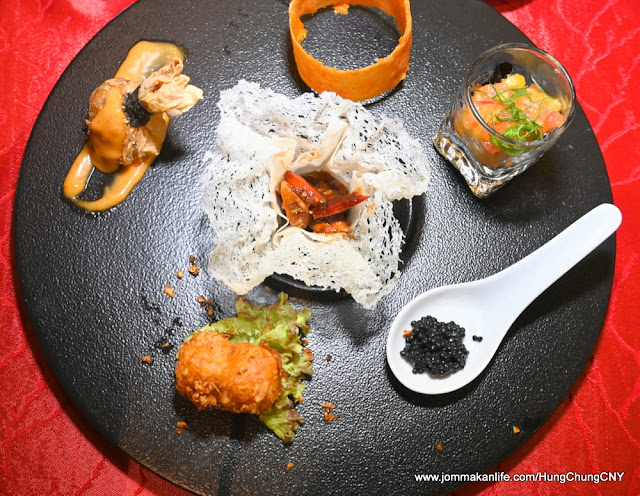 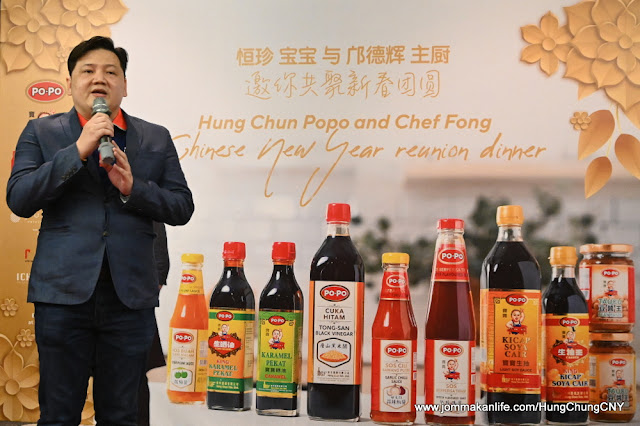 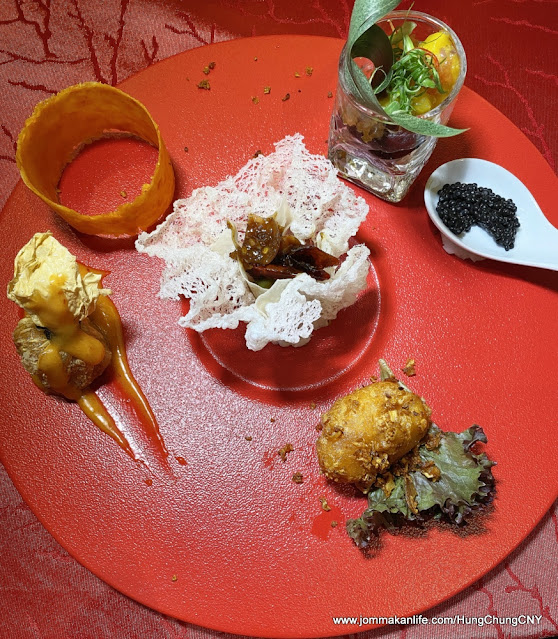 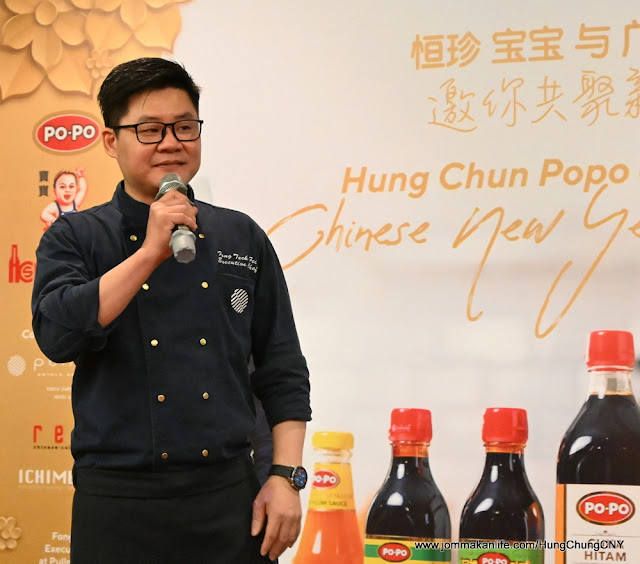 For the tantalising serving of Marinated Jelly Fish with Fungus and Aged Vinegar, Hung Chun Popo Soya and Chilli Sauces along with Vinegar played key roles in the dish. Chef Fong said, “Popo Black Vinegar is layered in its complexity yet its taste is gentle on palate; allowing you to drink it neat without having to dilute it.” 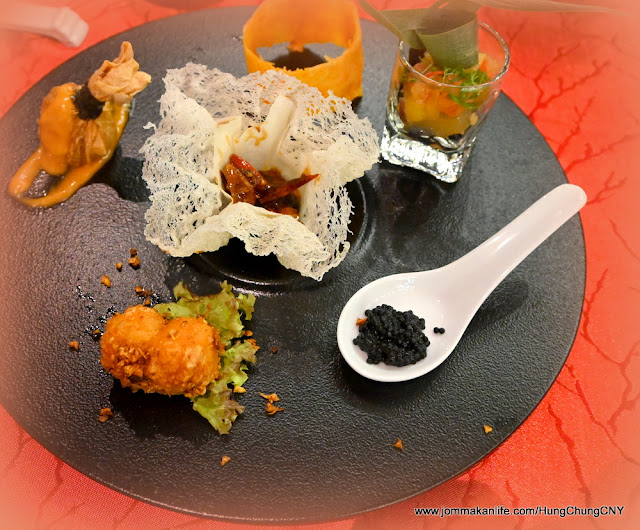 Based on a traditional formula passed down from older generations, Popo Black Vinegar uses premium grade key ingredients such as “dang gui” and natural rice vinegar, to bring out its best flavour – great for mums in confinement. 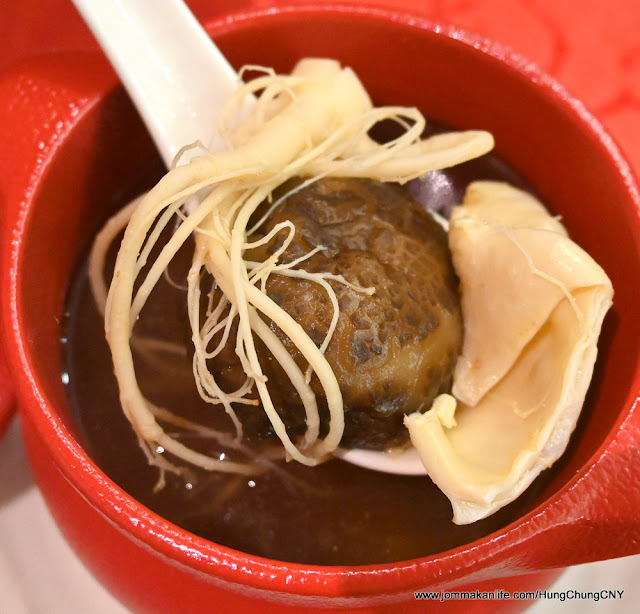 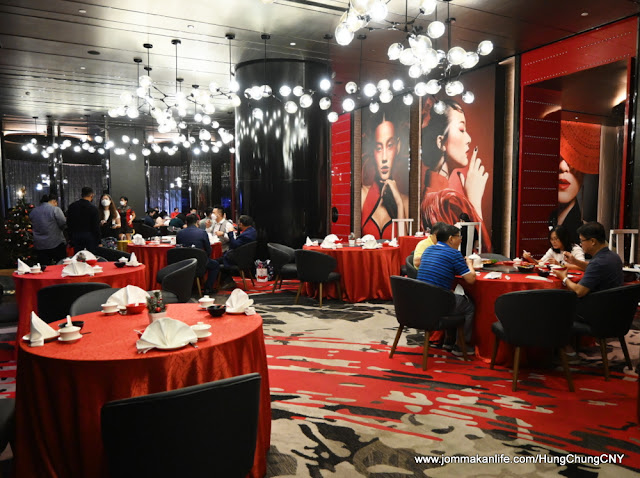 Founded in 1946, Hung Chun started as a humble cottage industry but its dynamic efforts saw it conquering the export market in Singapore, Thailand and Brunei.

As the first local sauce manufacturer to adopt modern German technology pasteurization process in sauce-making, quality remains Hung Chun’s main priority. The company’s careful selection of raw materials, well-trained staff and the usage of advance machinery combine to ensure the products are not only of the highest quality, but also the most hygienic, safe for consumption and best-tasting. 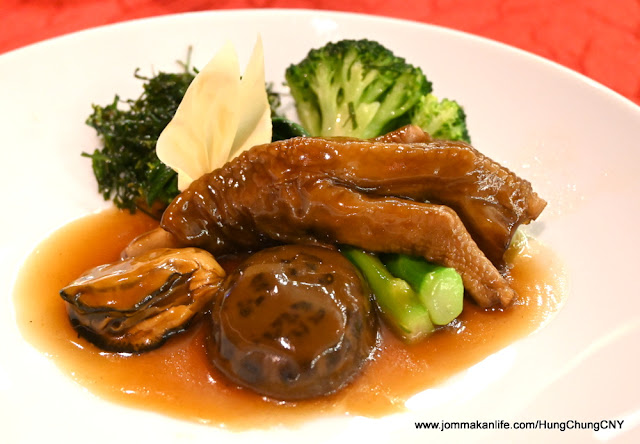 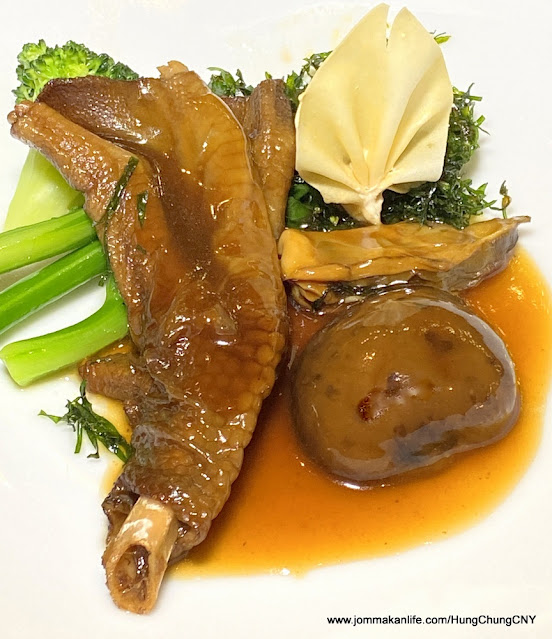 The show-stopping dish of Braised Goose Web with Dried Oyster, Mushroom and Green Vegetables incorporated Hung Chun Popo Oyster Sauce and Popo Soy Sauce. Granted, the smooth fall-off-the-bone tender goose web was not for the faint-hearted but it hit the spot for those who enjoyed its wondrous texture and the richness of Popo Oyster Sauce. 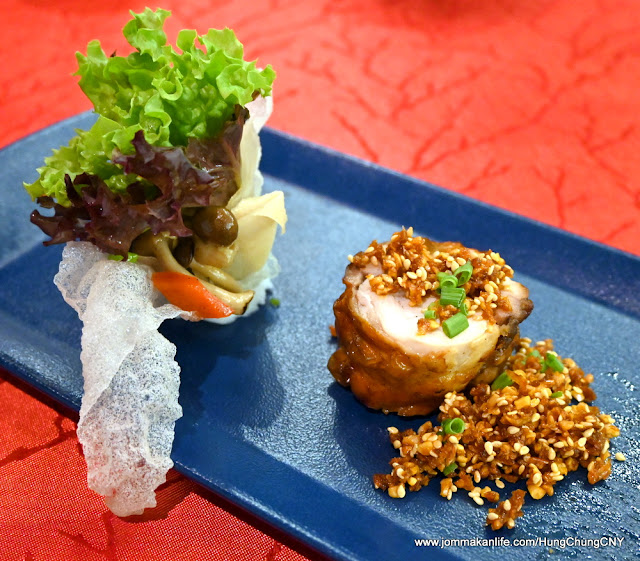 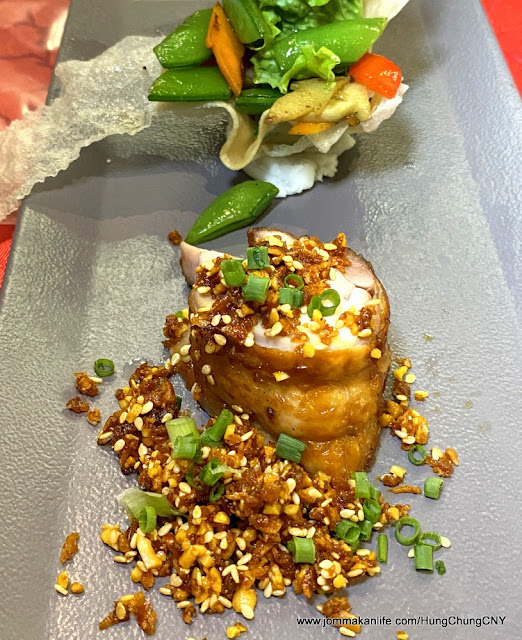 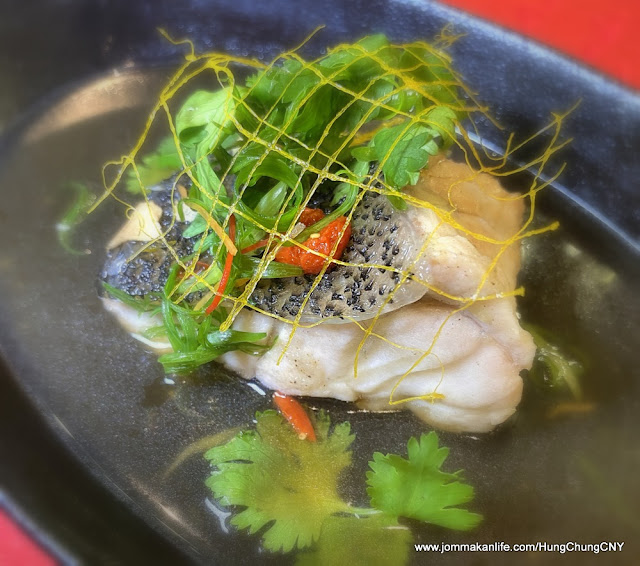 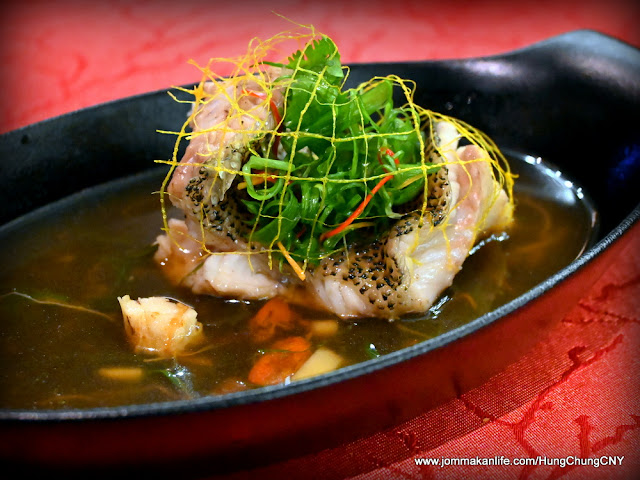 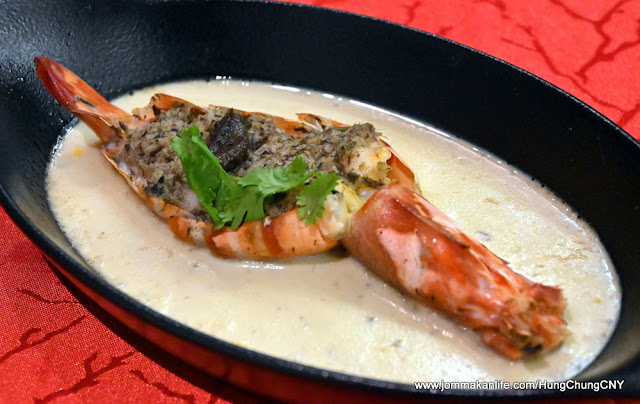 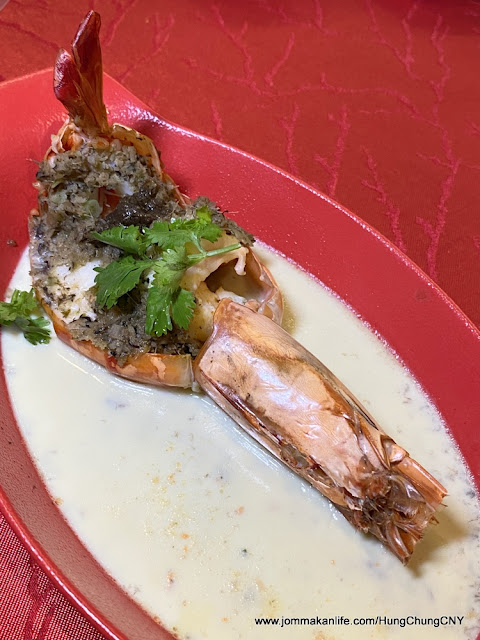 Ditto with the Steamed Stuffed Jumbo Fresh King Prawn. A splash of Hung Chun Popo Soya Sauce amplified the sea-freshness of the crustacean which was stuffed with pickled vegetables and ‘Bentong’ ginger atop steamed truffle paste egg white. 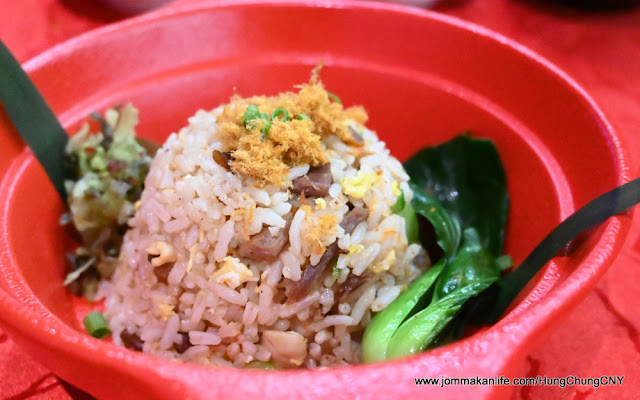 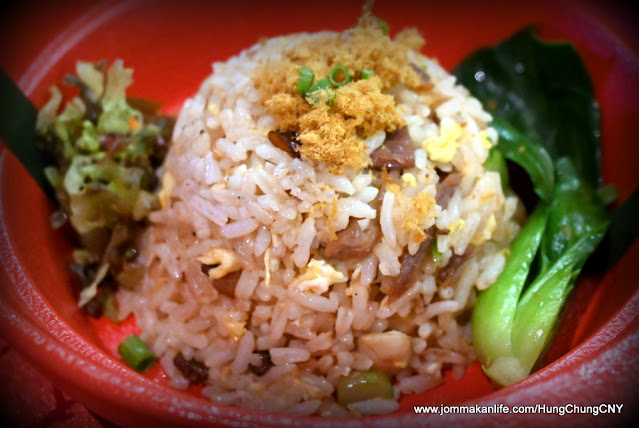 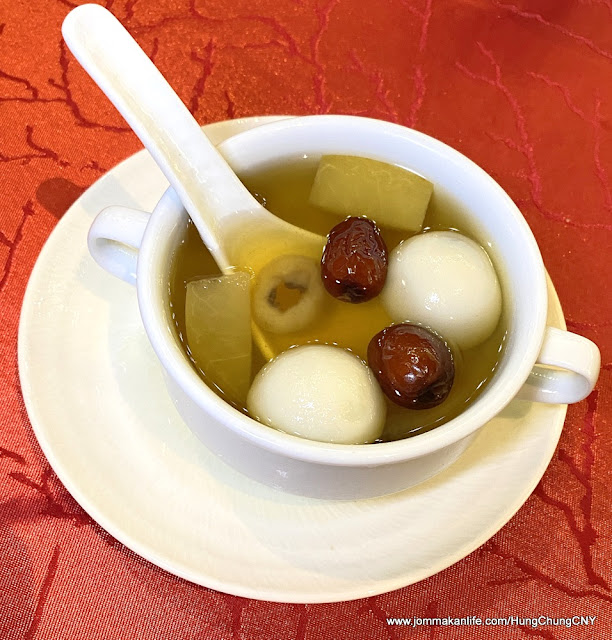 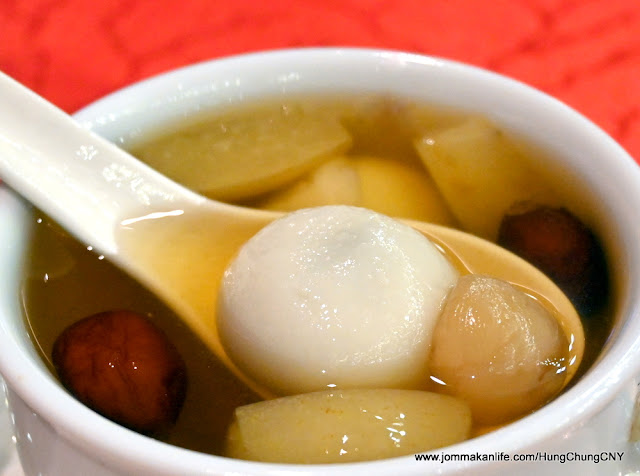 For diners who are keen to sample the Hung Chun Popo X Red Cuisine CNY Reunion Menu, it’s priced at RM280++ per person. 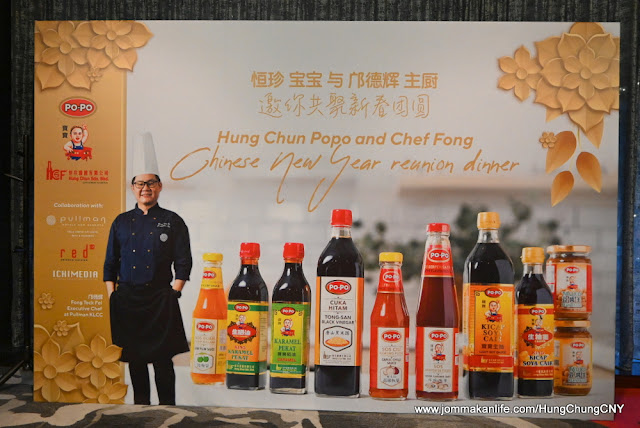 Popo Black Vinegar, Popo Garlic Chilli Sauce, Popo Oyster Sauce and other Hung Chun’s products such as Popo Soy Sauce can be found at various supermarkets, hypermarkets and Shopee.
at January 06, 2022 No comments: