ONE UP ON CHINESE 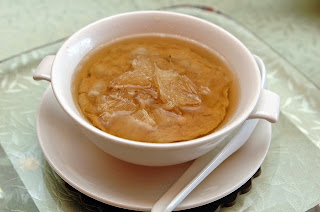 Soup's up at Zuan Yuan 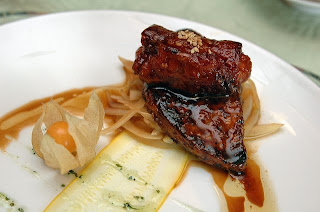 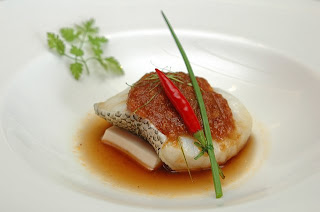 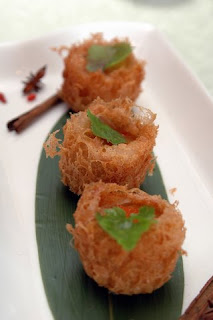 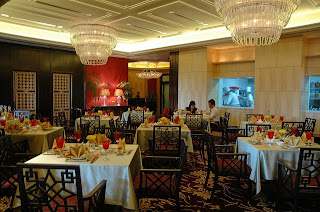 
From professional shipbuilder to captain of a five-star Chinese kitchen. Folks, meet Meet Chef Louie Hoi, executive Chinese chef of One World Hotel’s Zuan Yuan restaurant. The affable chef discovered his culinary vocation by coincidence after he started helping out at a family member's restaurant during the 1980s economic downturn. Today, Chef Louie Hoi is the man in charge of Zuan Yuan's maiden appearance in the 2007 Malaysia International Gourmet Festival (MIGF).

The menu emphasises modern Cantonese cuisine coupled with some classic Teochew delicacies. Even the Dim Sum comes with a slight twist – Taro Dumplings (woo kok to you and me) with its scrumptious Scallop and Miso Sauce (RM11++ per plate) filling are worth returning for. More delicate in taste but no less delicious are the Steamed Teochew Dumplings (RM10++ per basket). Pity about the rather thick Cheong Fun but the filling of Gooseliver & Char Koay is quite unusual and worth sampling (RM8++ per plate).

Fortunately, the Zuan Yuan’s MIGF starter of Cold Sliced Seared Tuna and Phoenix Roll with Home-made Mustard Sauce made up for the earlier hiccup. Chef Hoi artfully blends Japanese and Chinese cooking influences to enhance the tuna’s inherent sweetness and poached chicken’s succulence. Complementing it was a zingy-tangy-sweet sauce concocted from Chinese yellow mustard, mirin and myriad flavourings that the chef naturally declined to reveal.

An exquisite treat fit for a king is the Pan-fried Imperial Treasures in which Scallops were rolled with Bacon and Foie Gras, and glazed with Mint Sauce. Dark, intense and zesty, the rich, velvety smooth gooseliver and crisp bacon were fully embraced by the succulent scallops.

The Oriental Phoenix creation or Ostrich Fillet with Oriental Spiced Black Pepper Sauce is complemented by a soft, succulent disc of fried egg white and a robust ginger and black peppercorns sauce. Giving it a nice balance are some Chinese wolfberries and sautéed celery.

Zuan Yuan’s Signature Fried Rice is a ‘must have’ for die-hard rice lovers. Redolent with dried scallops, diced prawns and asparagus, and beansprout stalks,
the fluffy rice has no trace of greasiness in it.

Chilled Treasures in the form of Chilled Aloe Vera infused with Lemon Grass is a guilt-free, tangy and herbal jelly. A most welcome change from the usual coconut milk and sugary broths that other Chinese restaurant have.