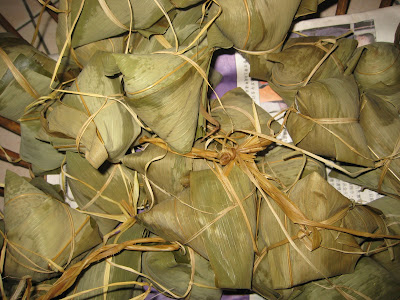 These 'choongs' are no ordinary dumplings... they're Parcels of Love! 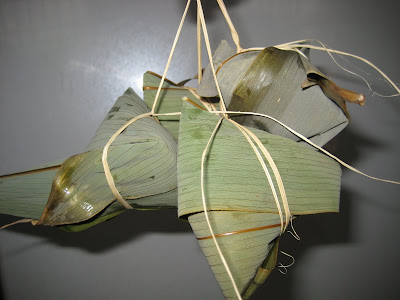 After 45 years, I finally learned how to make choong for Duan Wu Jie! Not only did I gain a greater appreciation for my Chinese culture but I had a deeper respect for all family matriarchs who strive so hard to keep such traditions and culinary art alive.

Making those trapezoid dumplings wrapped in bamboo leaves are so tedious and labour intensive. This is the first time I actually got into the thick of the action but after several clumsy attempts, I managed to get the hang of it. Even tying up the dumplings need a bit of skill or else you'd find the string slipping off the wrapped parcels when they are being boiled in the pot. 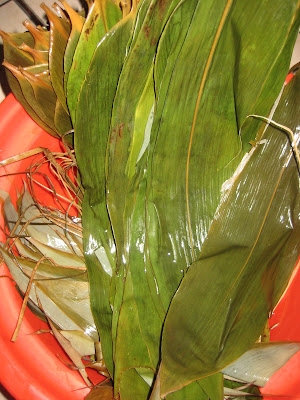 The bamboo leaves have to be soaked for 2 - 3 days and
the water needs to be changed at least twice daily! 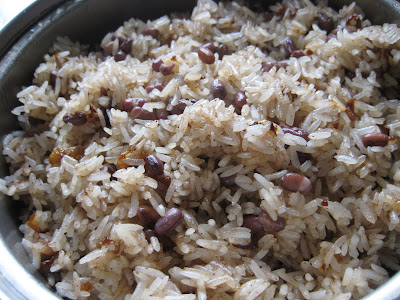 Mom-in-law's Hakka so she uses red beans instead of mung beans for the dumpling filling. Both the glutinous rice and red beans are soaked overnight before they are stir-fried with sliced shallots, white pepper and five spice powder.

MIL tells me that if the red beans are not soft enough then they have to be boiled for 1-1.5 hours to soften them further. 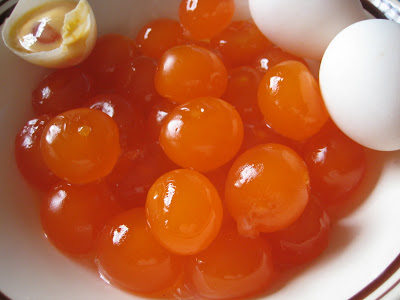 Golden orange orbs of salted egg yolks form part of the
choong filling
The filling is pretty much up to one's liking but my mom-in-law's version has red beans, pork, black mushroom, salted egg yolk and dried prawns that had been fried and pounded. My aunt's used to pack hers with pork, mung beans, black eye peas, salted egg yolk, mushroom, dried oyster, dried prawns and chestnuts. 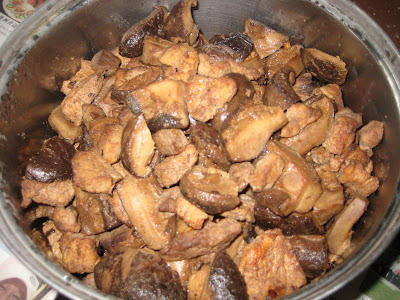 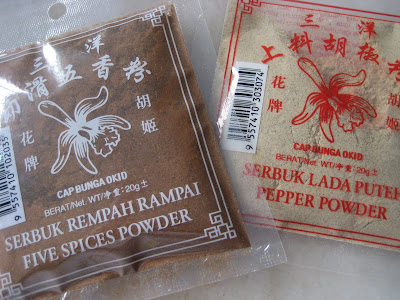 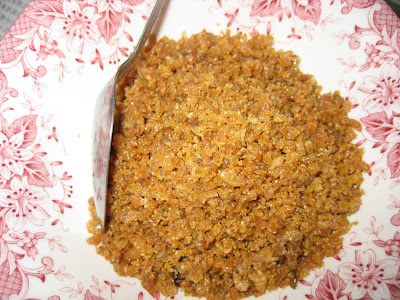 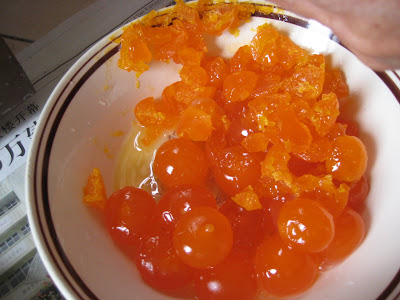 Due to health concerns, each choong only has a small portion of salted egg
yolk as lieu to accentuate its overall flavour 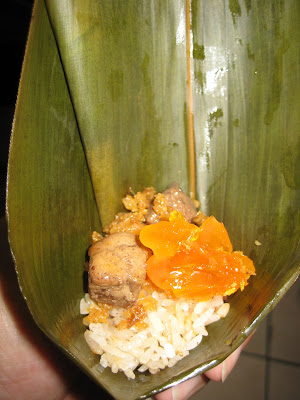 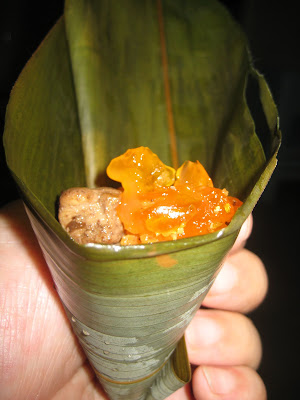 It's tricky learning how to fold the leaf into a cone-shaped receptacle to hold the glutinous rice and various other 'lieu' ingredients. You can't pack in too much or too little. One also has to learn how to hold, cover and fold the leaf over different angles so that it forms a nice looking trapezoid. 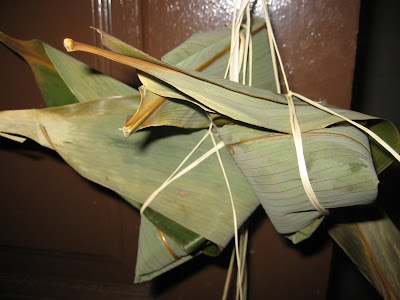 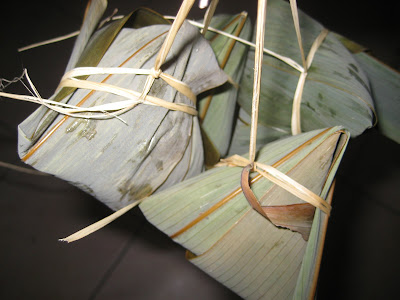 Notice the difference between the untrimmed and finished versions?
The upper shot has the leaf tips protruding out while the lower shot
shows dumplings in which the tips have been trimmed off. 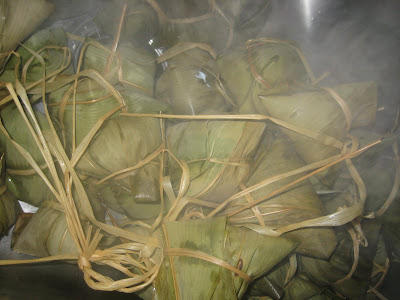 The dumplings need to be boiled in a pot full of salted, boiling water for about 1.5 - 2 hours.
Sometimes raw glutinous rice that hasn't been stir-fried is used but this means the choongs would have to be cooked for up to 4 hours.

Mid-way through the process, the bunches of dumplings are removed with the top ones placed back at the bottom of the pot while the bottom ones are then placed on top. This ensures the choongs are all evenly cooked.
at June 02, 2011