TALK OF THE TOWN

Much as I like and am crazy about food, I don't have that much passion to devote my life to slave over a hot stove day in day out; churning dish after dish out consistently and unfailingly to please paying customers. Uh, I guess that's why I prefer writing about food than making an actual living out of it as a cafe owner or restaurateur.

I take my hat off to chefs and restaurateurs...they're such a special breed of people who not only can stand the heat but also take an unbelievable amount of crap from customers, staff, suppliers and the powers-that-be who need to be dealt with in the running of the F&B business. 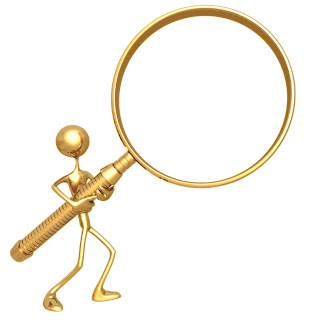 I guess hope springs eternal in the hearts and minds of aspiring chefs and wannabe restaurateurs as they bravely go where eagles fear to tread...like Raymond Tan, the enthusiastic owner behind Table Talk, a cosy bistro-style outlet in Taman Tun Dr Ismail who has determinedly set out to put his money where his mouth is.

"Our aim is to serve real food made from fresh, quality ingredients," said Tan, MD and owner of Table Talk. "I insist on our dishes being free from artificial flavouring, colouring, preservatives and chemicals. If possible, we'd eliminate processed food entirely from our menu but as it is, we are still working towards that."

The health-conscious entrepreneur turned restaurateur shared how personal dining out frequency and his own yearnings for simple MSG-free fare have spurred him to venture into the opening of Table Talk. Despite encountering numerous obstacles that sometimes threaten to derail his lofty plans, he insisted on the chef making sauces and necessary dishes from scratch; going to the extent of banning canned food in the kitchen and air-frying chips instead of deep-frying them.

Opened in November last year, Table Talk has gradually drew young families from around the neighbourhood for its weekend breakfast and a white collar working folks during lunch. The owner is also thinking of enticing couples and families to procure and pick up a picnic basket from the outlet and troop off to the lush Kiara Park nearby for an outdoorsy meal.

According to Tan, the breakfast crowd has been encouraging since it started. Word has started to spread among their regulars and he is confident that the numbers will increase steadily with time. He enthused on how the house Baked Egg with Cheese (RM13) is fast becoming a popular choice for youngsters who can't get enough of the baked speciality. The rich, cheesy egg mixture with sauteed sausages, onion and homemade tomato sauce is best enjoyed with slices of crisp toast, it's a substantial dish that should leave you replete.


If you're a potato head, then the Rosti Potato with Sausages (RM15) comes highly recommended. Crisp at the edges yet softly textured towards the centre, the delicious pan-fried grated potato patty comes served with sauteed peppery sausages in brown gravy.


Heartier appetites may prefer the Ultimate Brekkie (RM18) - a platter consisting of two fried or scrambled eggs, turkey ham and sausages, homemade baked beans, rosti potato and lightly sauteed greens with wholemeal toast. Special mention must be made of the baked beans which definitely didn't come out of a can but painstakingly prepared on premise. They're less sweet and not as mushy. The greens sauteed with earthy sliced mushroom should go down well, giving you your first serving of veg for the day.

The saucer-sized Fluffy Pancakes (RM12) are made-to-order and appeared in a petite stack. Personally I would have preferred the syrup served on the side but others may beg to differ. Other accompaniments for this airy light treat include butter and fresh fruits.

We also sampled two blends of Fibre Juice (RM9.50) to prep our tummies prior to breakfast. Don't moan or groan over Granny's Favourite - it's actually a healthy concoction of green apple, celery, pineapple and lemon to kick start the day.

Smoother but no less nutritious is Anana-cado which has banana and avocado whizzed with milk and mint for a richer, indulgent drink. You probably can survive half the day on this alone if you're not incline to eat anything upon waking.

Flicking through the a la carte menu, I notice a decent selection of Appetisers (RM12 to RM35), pasta (RM20 onwards) and mains (about RM42 onwards) that should keep non-fussy diners amply filled and satisfied.

Someone told me the steaks at Table Talk are worth savouring too but for me the proof of the pudding is always in the eating. For now I'm sure Table Talk is as keen as any newbie eatery out there to get a taste of sweet success. All it needs is a chance to prove itself. Not such a tall order is it?

Must check this out soon! Come la, we go makan2 soon?

@Pureglutton...can! Actually I don't mind returning to try the other dishes.

the prices are quite decent here... hope to check out the place for some lovely breakies....