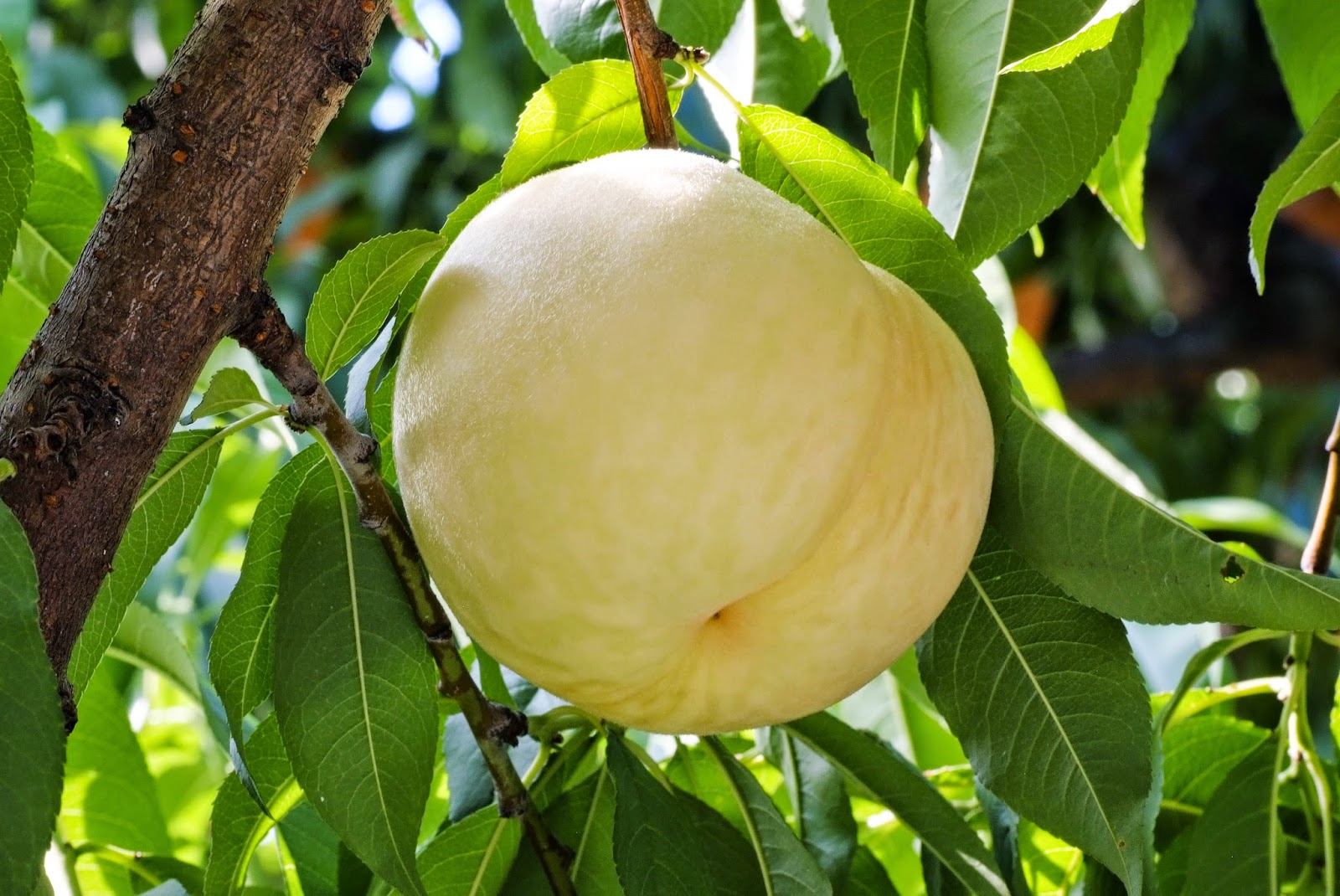 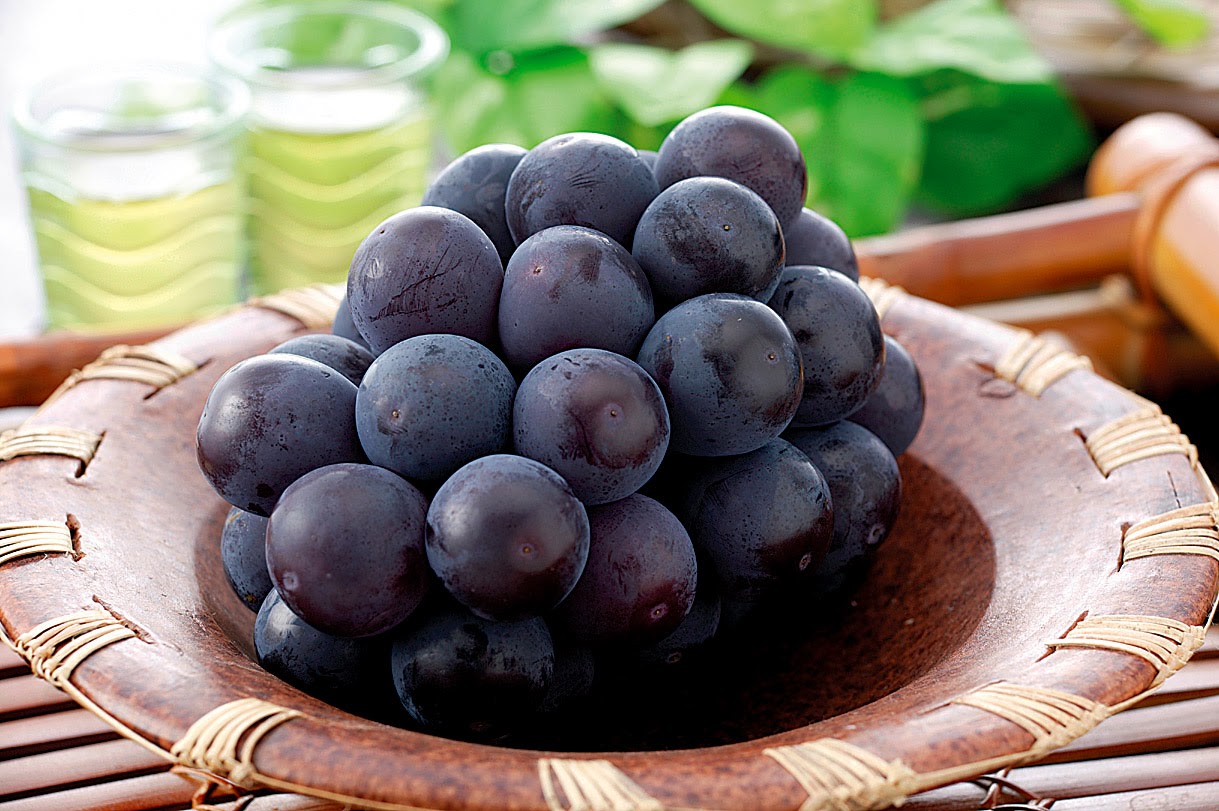 Okayama is a prefecture in the Chugoku region on Honshu Island. Rich in history and culture, Okayama is known as The Sunny Land of Japan. Popular tourist sites range from temples and art museums to gardens and onsen (hot springs). The prefecture's mild climate also makes it ideal for the cultivation of rice, fruits and vegetables, as well as seasonal fishes and marine products. 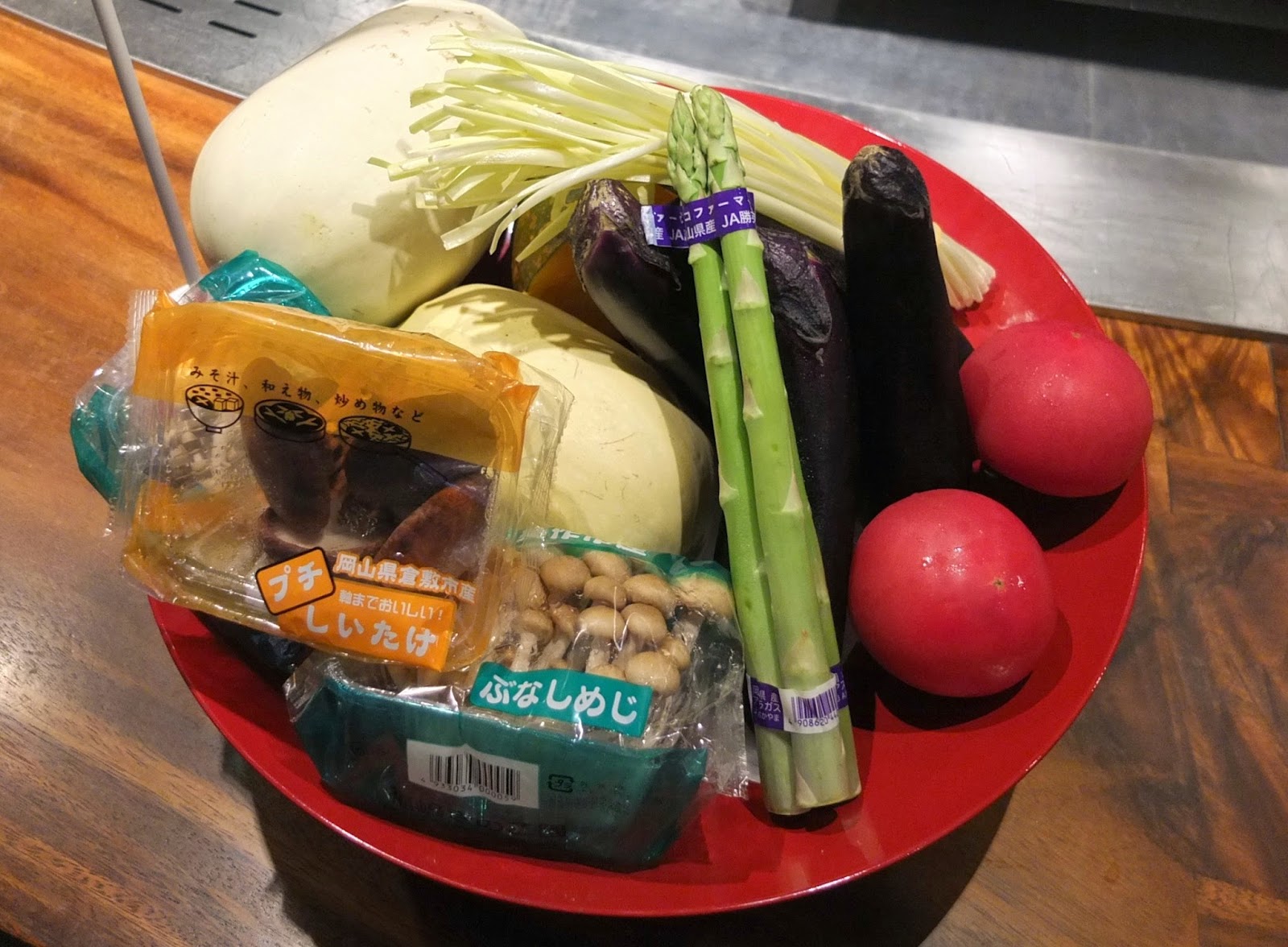 From 22 August to 5 September, the Okayama Summer Food Fest at Kampachi will showcase Okayama's bountiful offerings where patrons can savour special a la carte (RM25++ to RM65++) items and kaiseki set menu (RM250++ per person) featuring the prefecture's abundant produce. 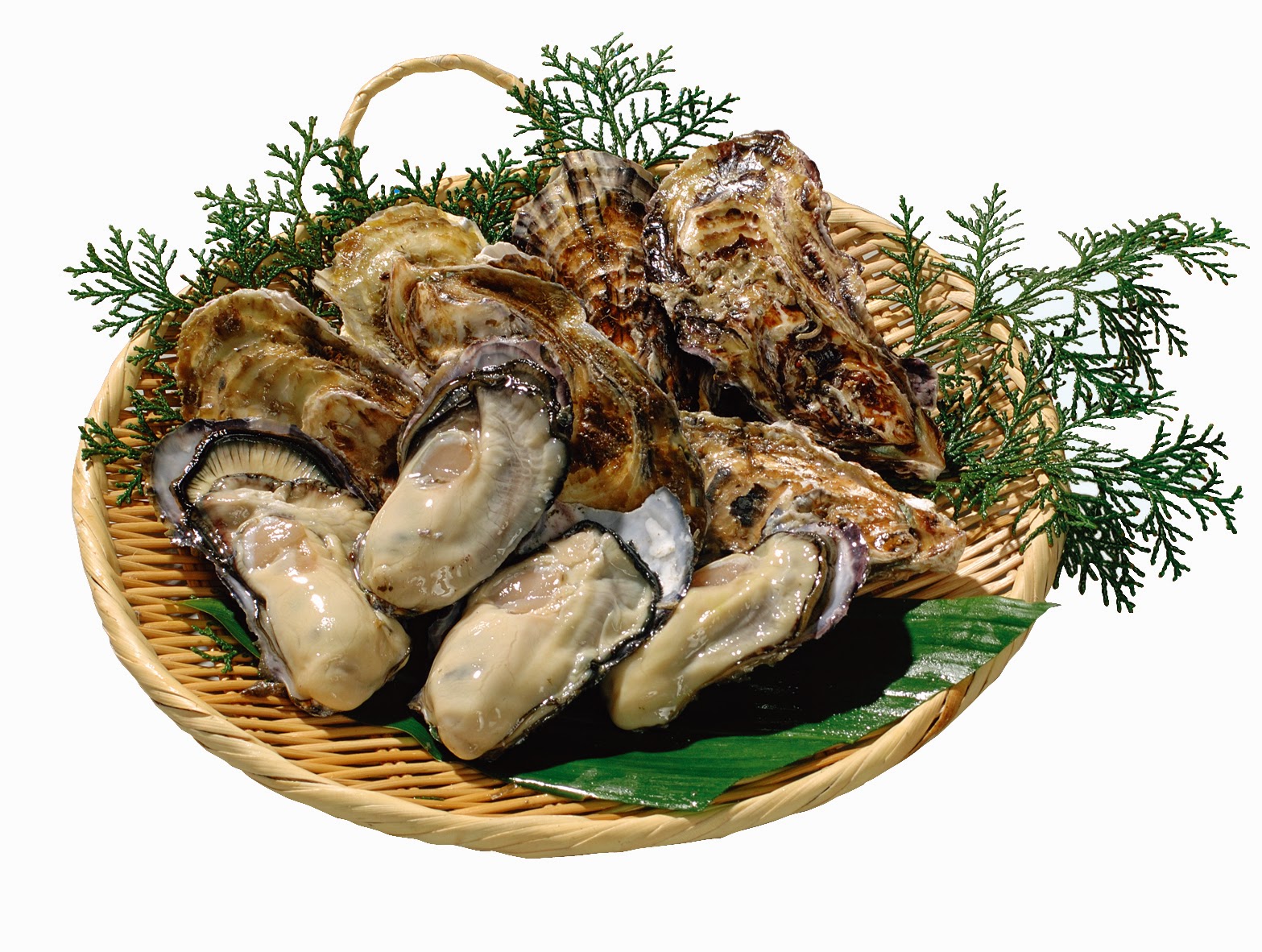 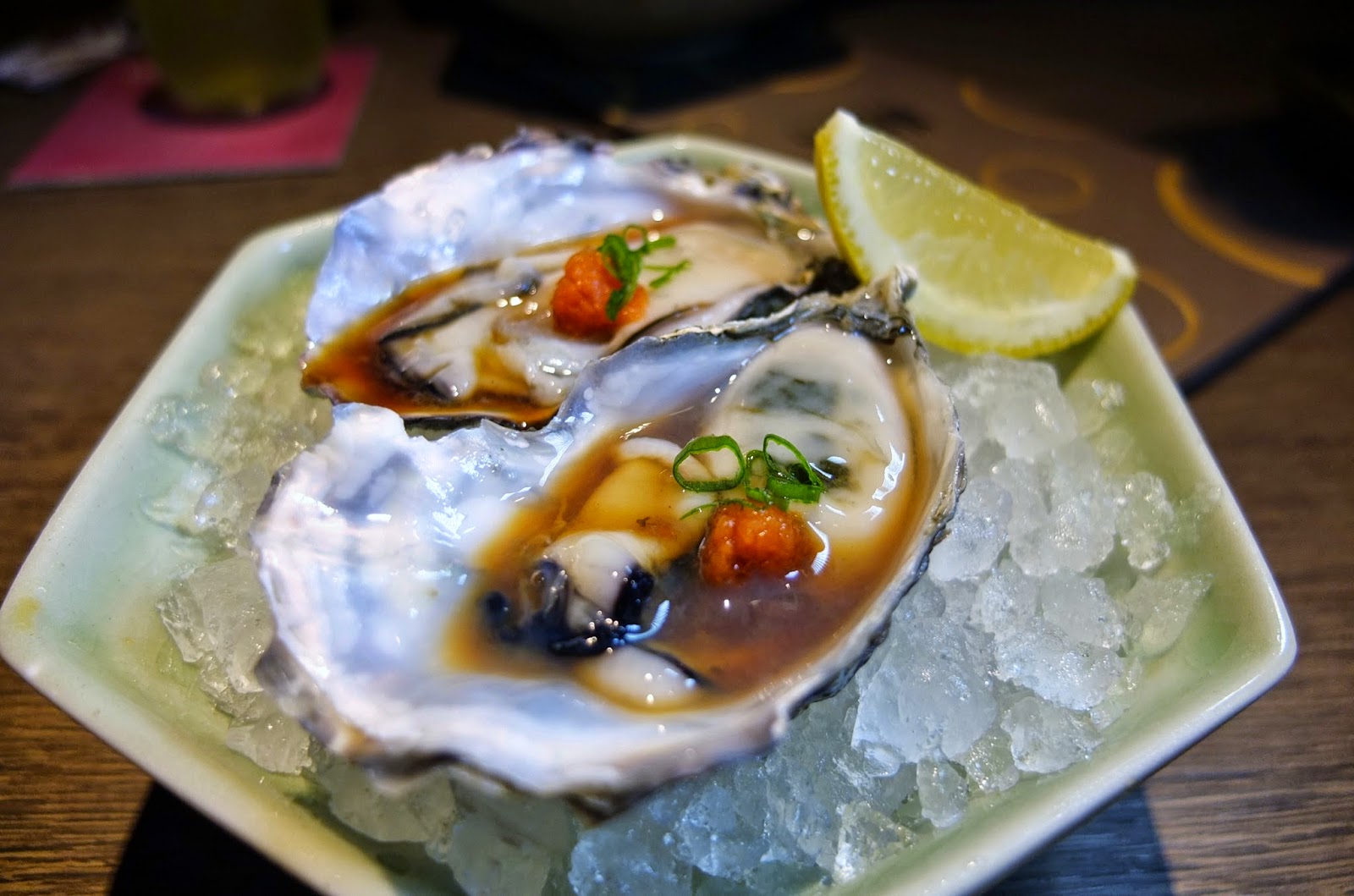 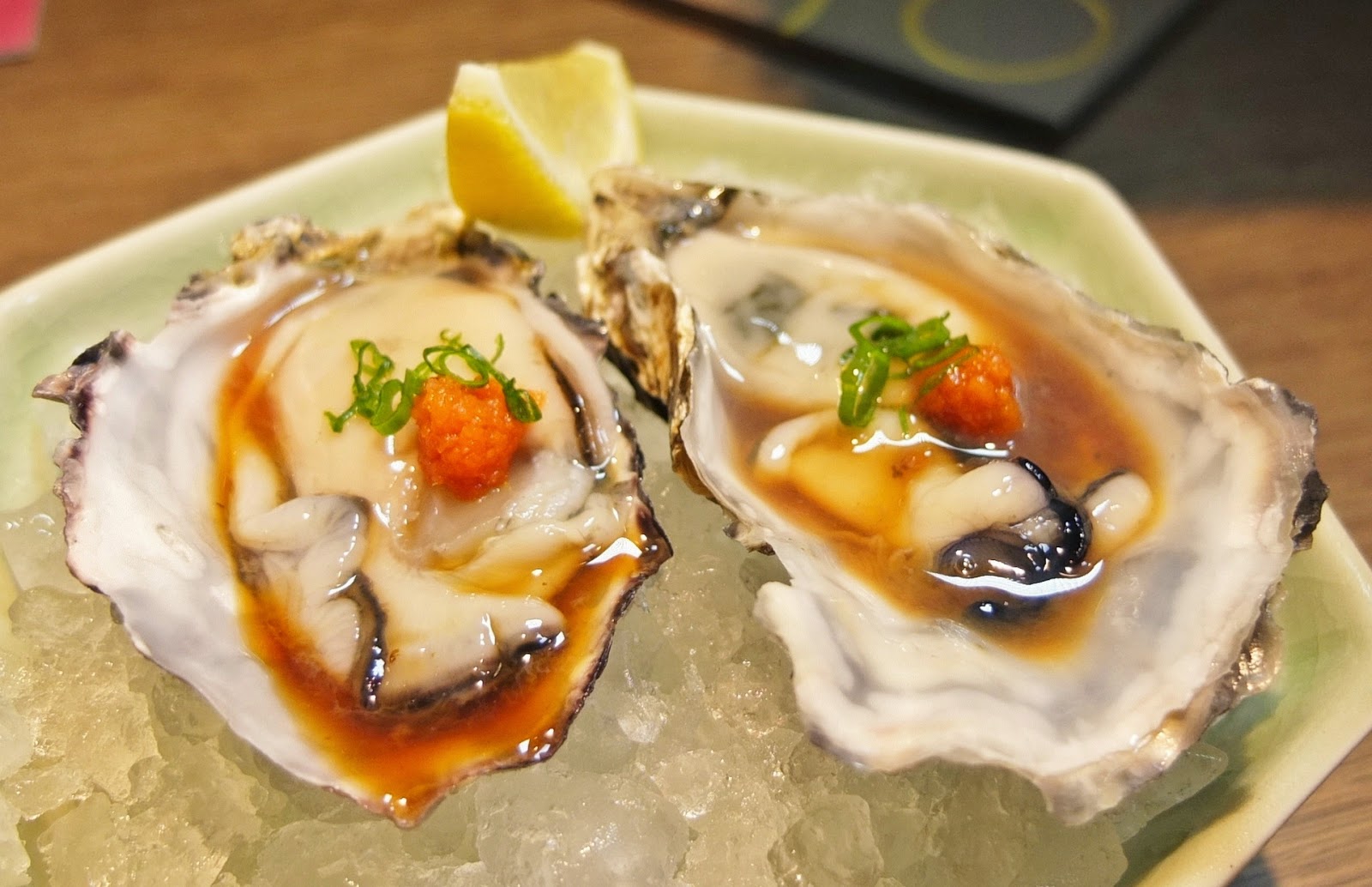 A recent sneak preview gave us a taste of Okayama's choice produce starting with Kampachi's multi-course menu – Nama Gaki Ponzu as the star of the show. The pair of huge, fresh raw oyster are the biggest I had ever savoured! Their smooth, succulent flesh are thicker with a richer body than that of Kansai's which made it a sensuous delight to eat. The shellfish's oceanic sweet-briny nuance was enhanced by a dash of tart yet faintly fruity Japanese citrus vinaigrette to balance its voluptuous richness. 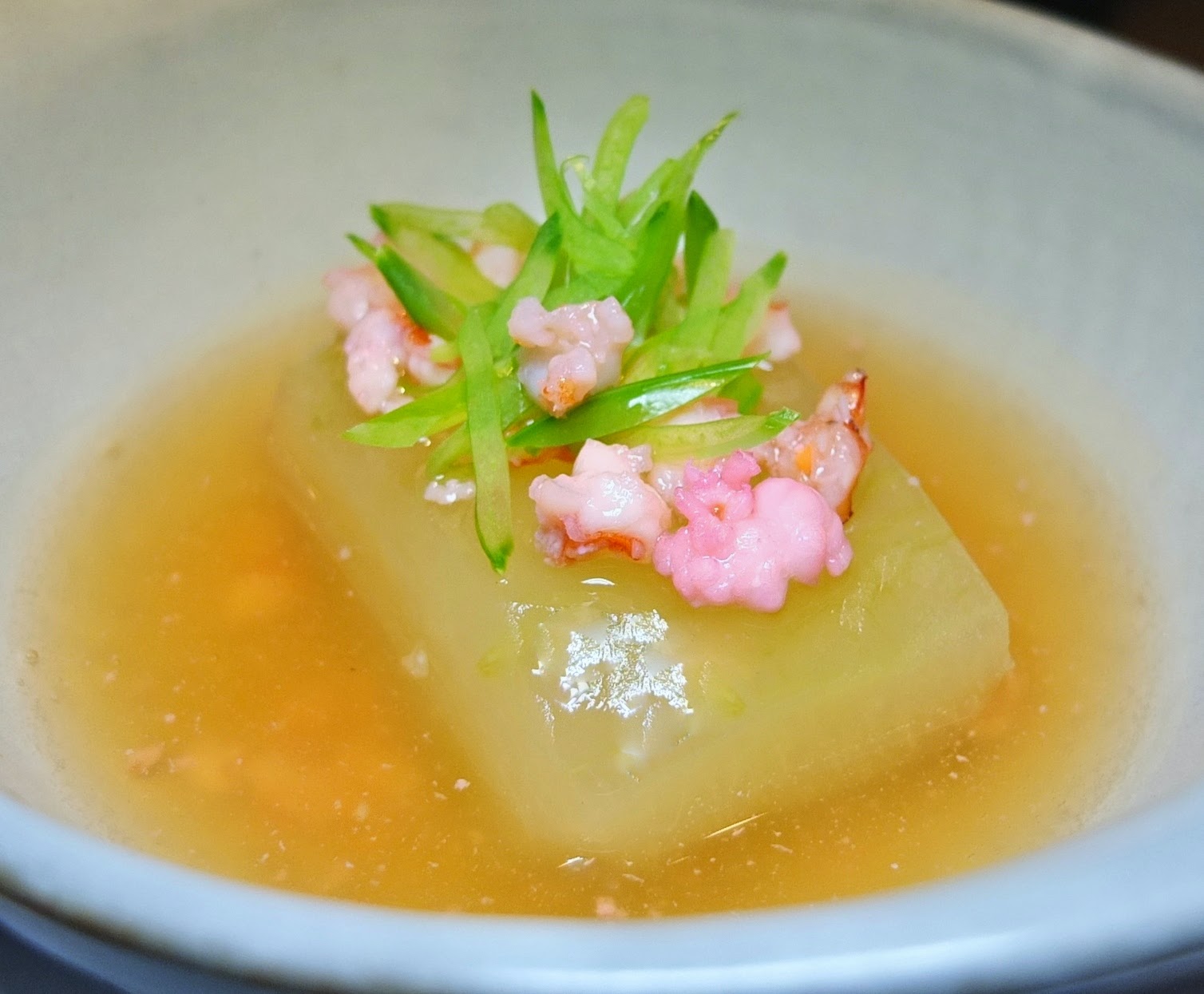 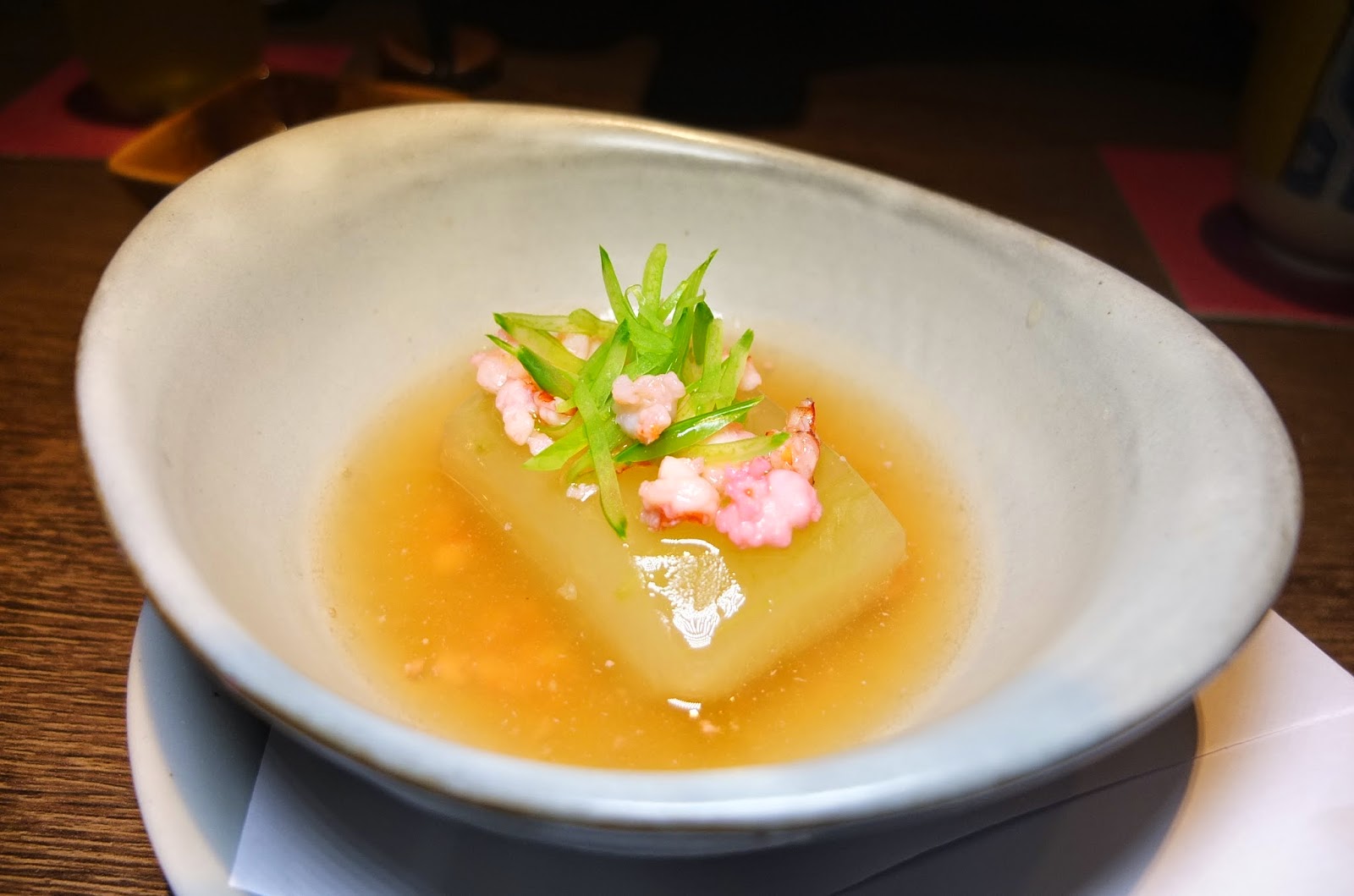 Coming in at a close second at stealing the show is Togan no Ebi Soboro Ankake (RM32++), Okayama wax gourd and minced prawn with a thick sauce known as ankake. According to Chef Koji Tamaru, the clear, viscous broth – a concoction of dashi, mirin, shoyu and starch – amplifies the dish's delicate accents while fine slivers of kinusaya (boiled snow pea) add crunch and minced prawns, hints of sweetness. 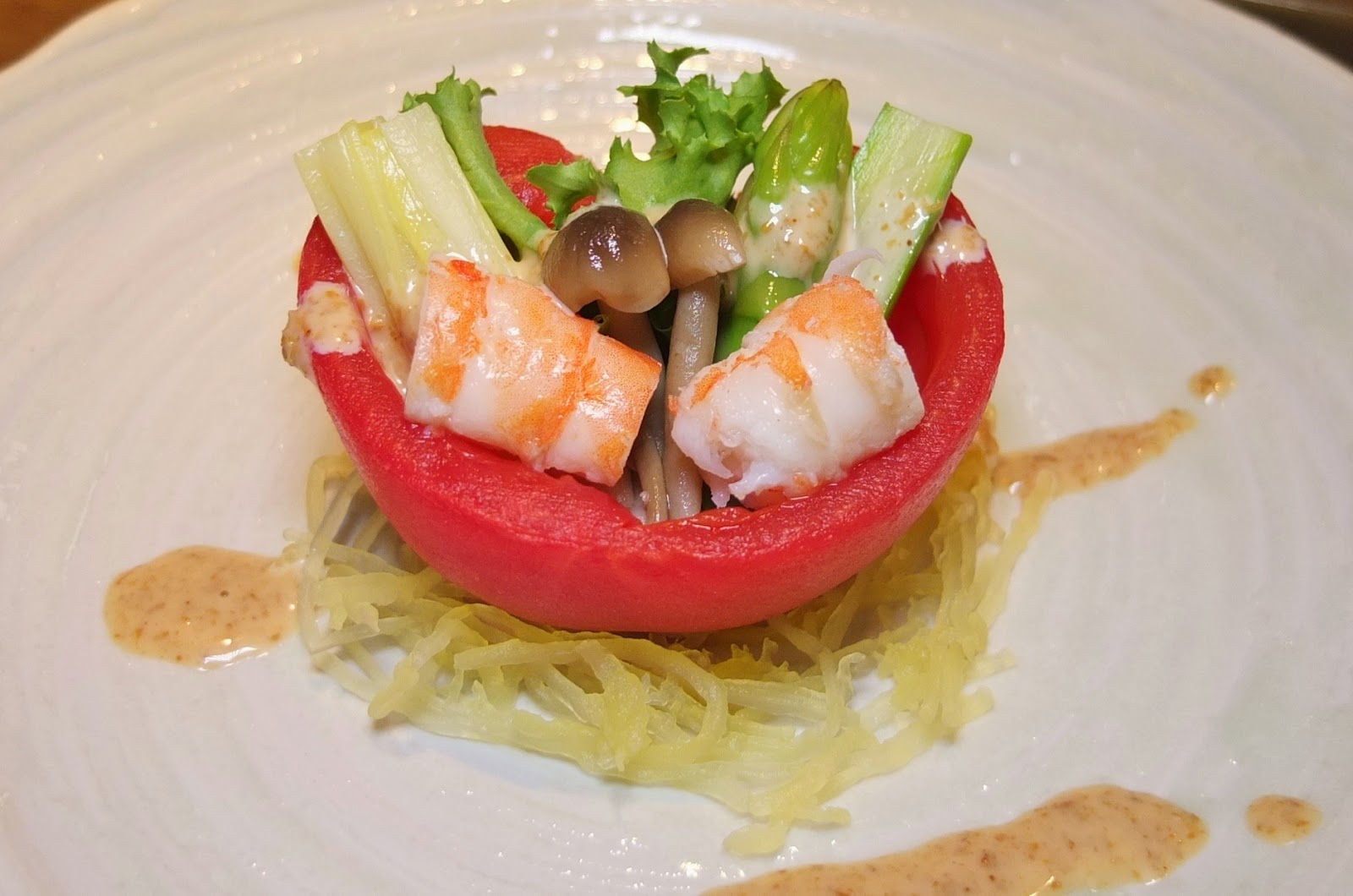 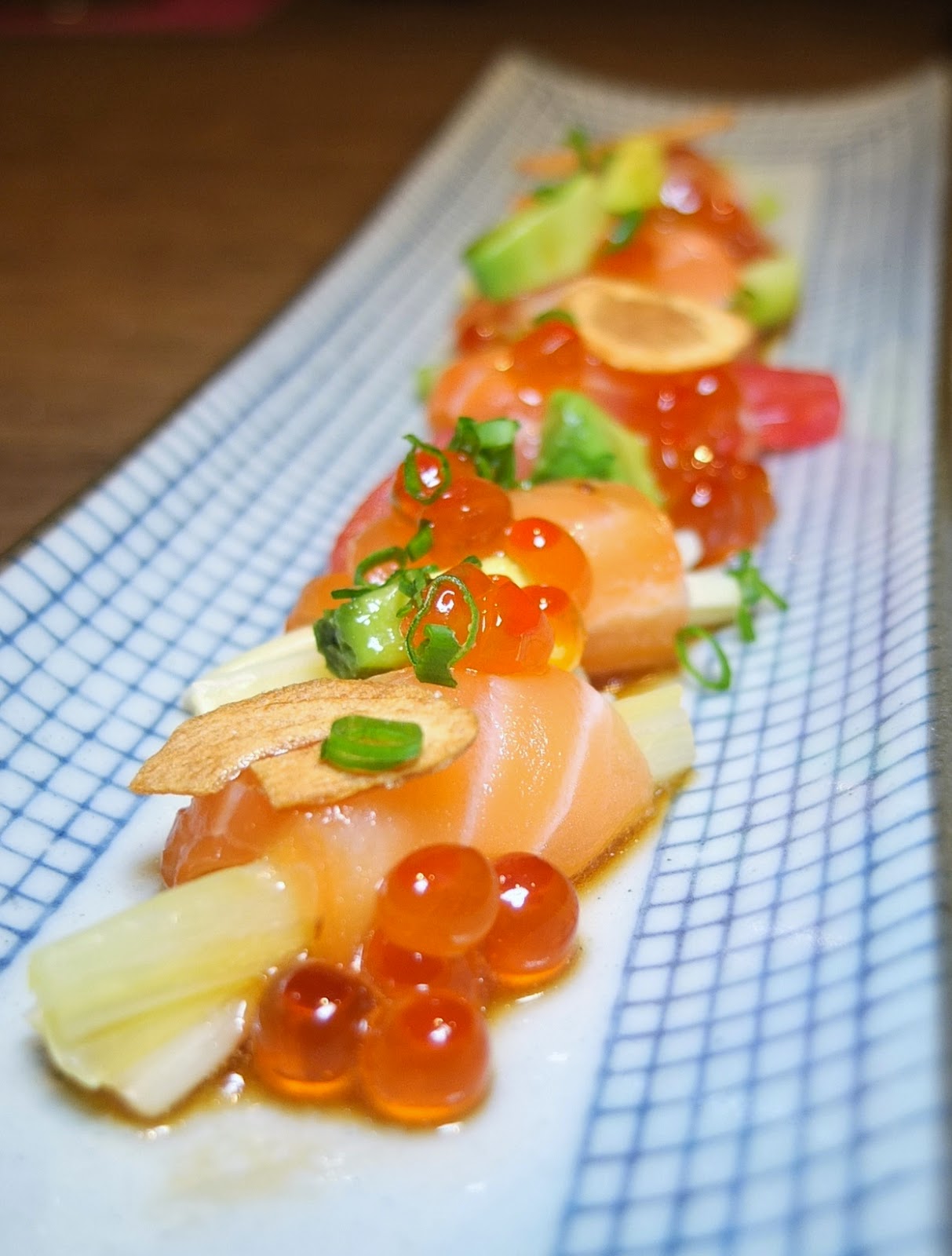 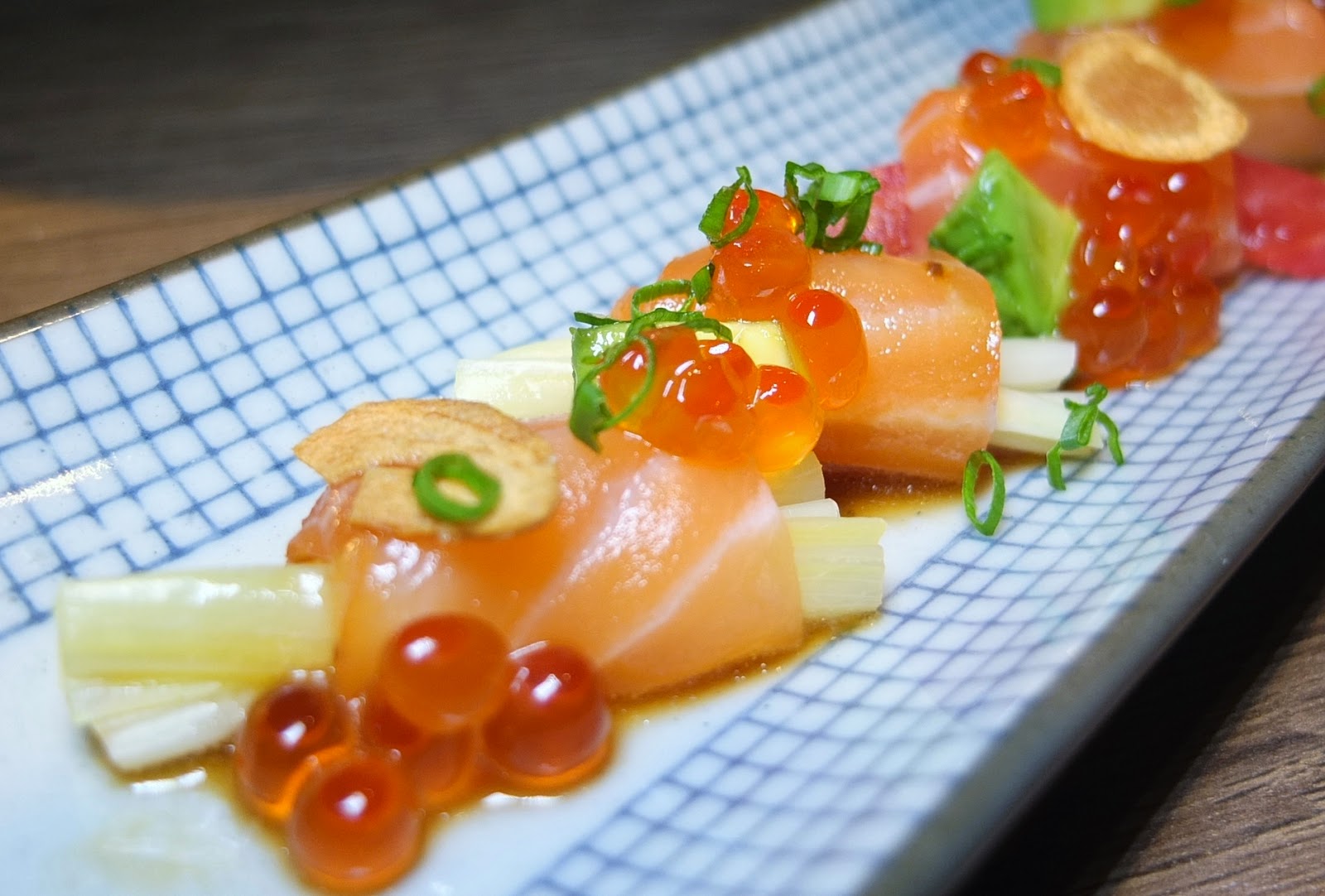 The trinity of Okayama tomato, asparagus and yellow leek made another appearance in the Salmon Carpaccio Roll. Served with wasabi dressing, the raw slices of salmon are rolled with asparagus and leek in a shoyu-wasabi dressing that I thought was a tad too overwhelming. A scattering of avocado dices, globules of salmon roe and crisp fried garlic flakes gave the dish extra colour and textural interest. 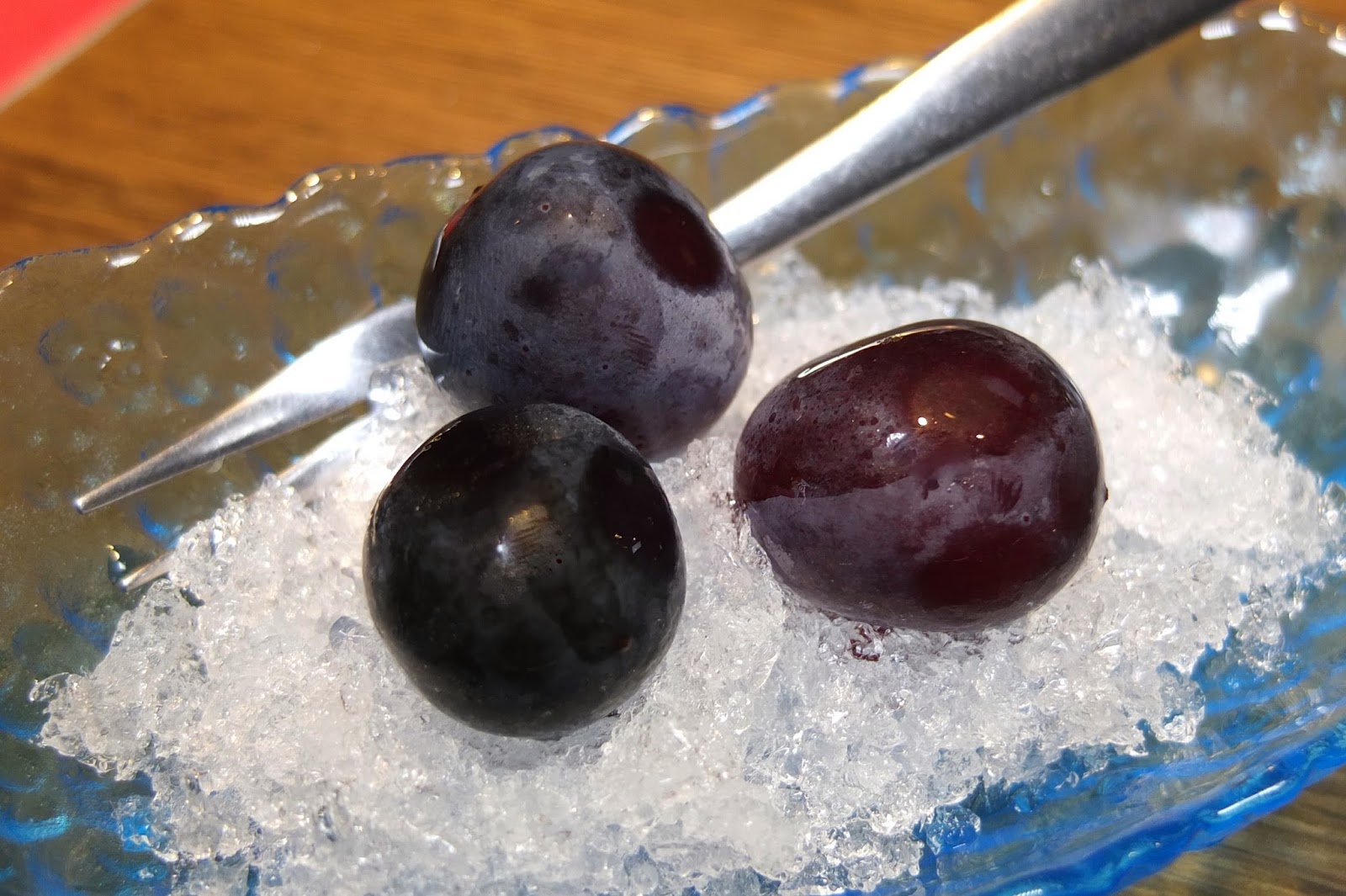 Our just dessert came in the form of Pione (RM38++), imported Okayama seedless Pione grapes that were large (almost the size or even bigger than quail's egg) and bursting with juicy sweetness that has the barest splash of boozy finish to it. 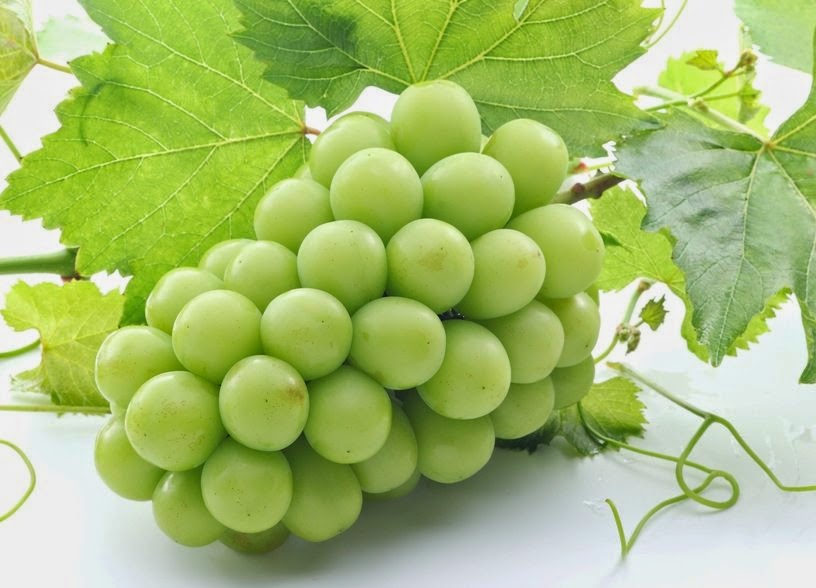 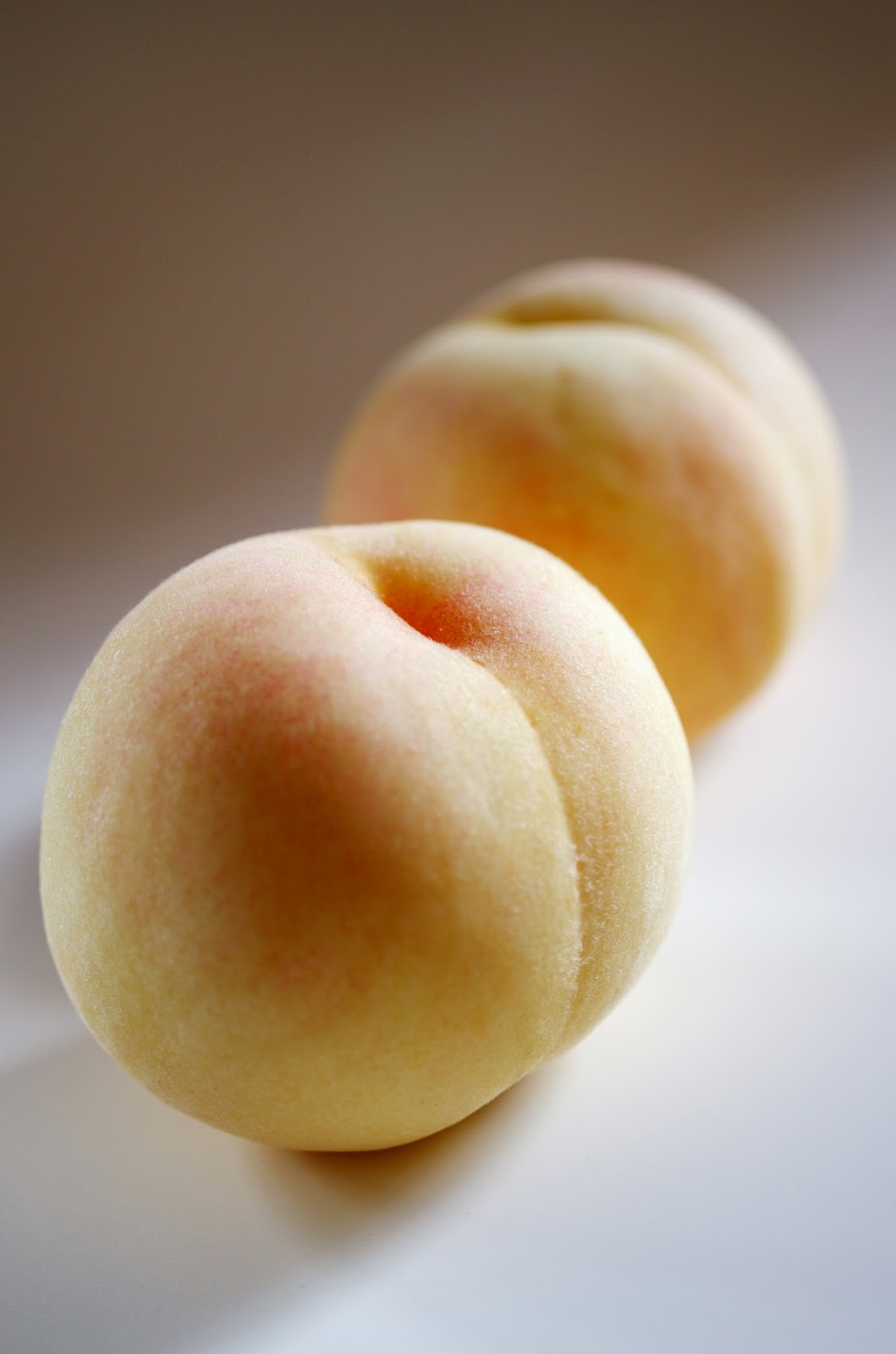 Other air-flown produce available during the promotion period will be Okayama Melon, hakuto (Okayama White Peach) and mushrooms (shimeiji and shiitake). 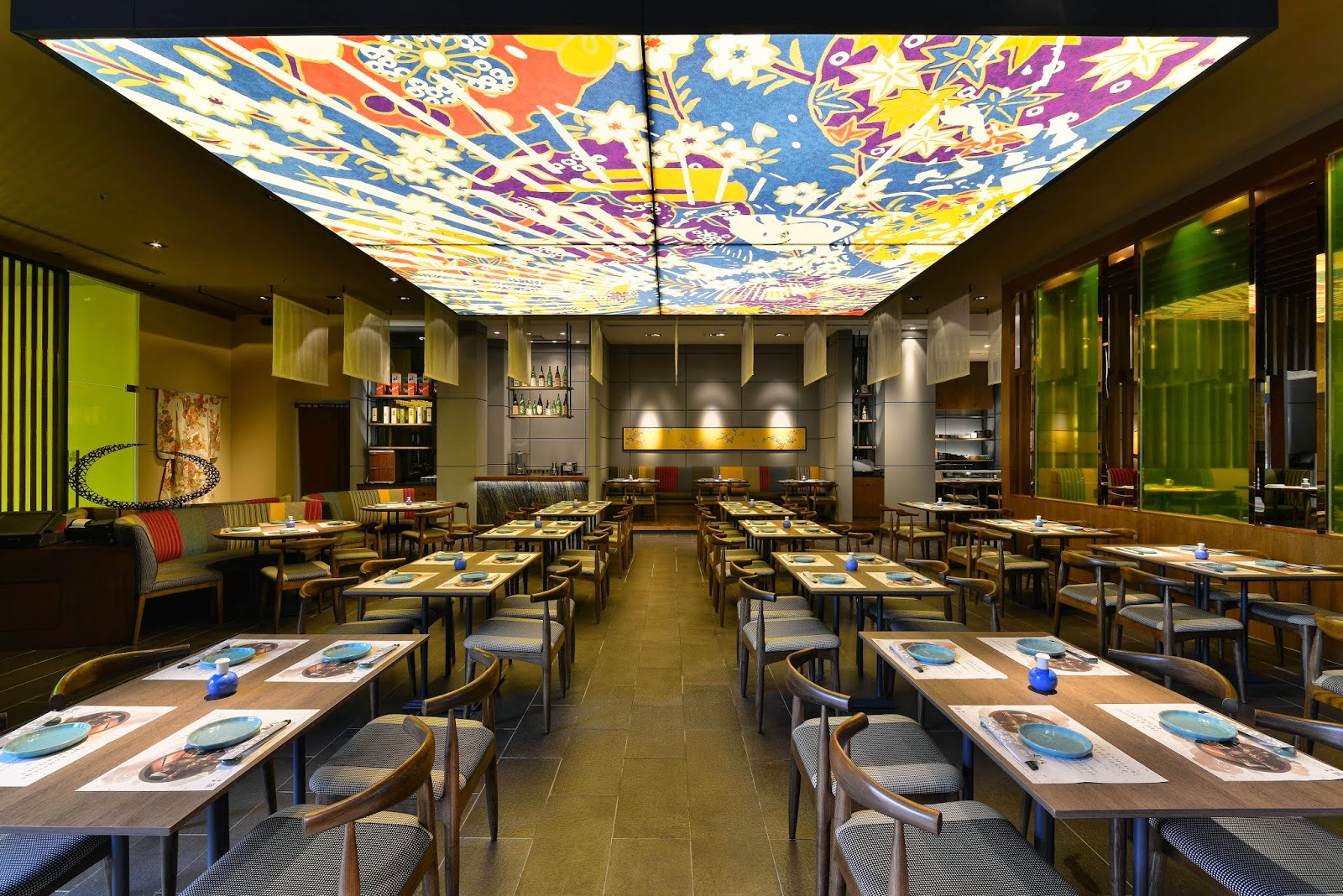 The Okayama Kaiseki menu will only be served at the following Kampachi restaurants on these dates:
August 25@Troika
August 29@Plaza 33, PJ
Sep 1@Pavillion and Johor Premium Outlet

For more details and reservations, visit: www.kampachi.com.my
at August 23, 2014