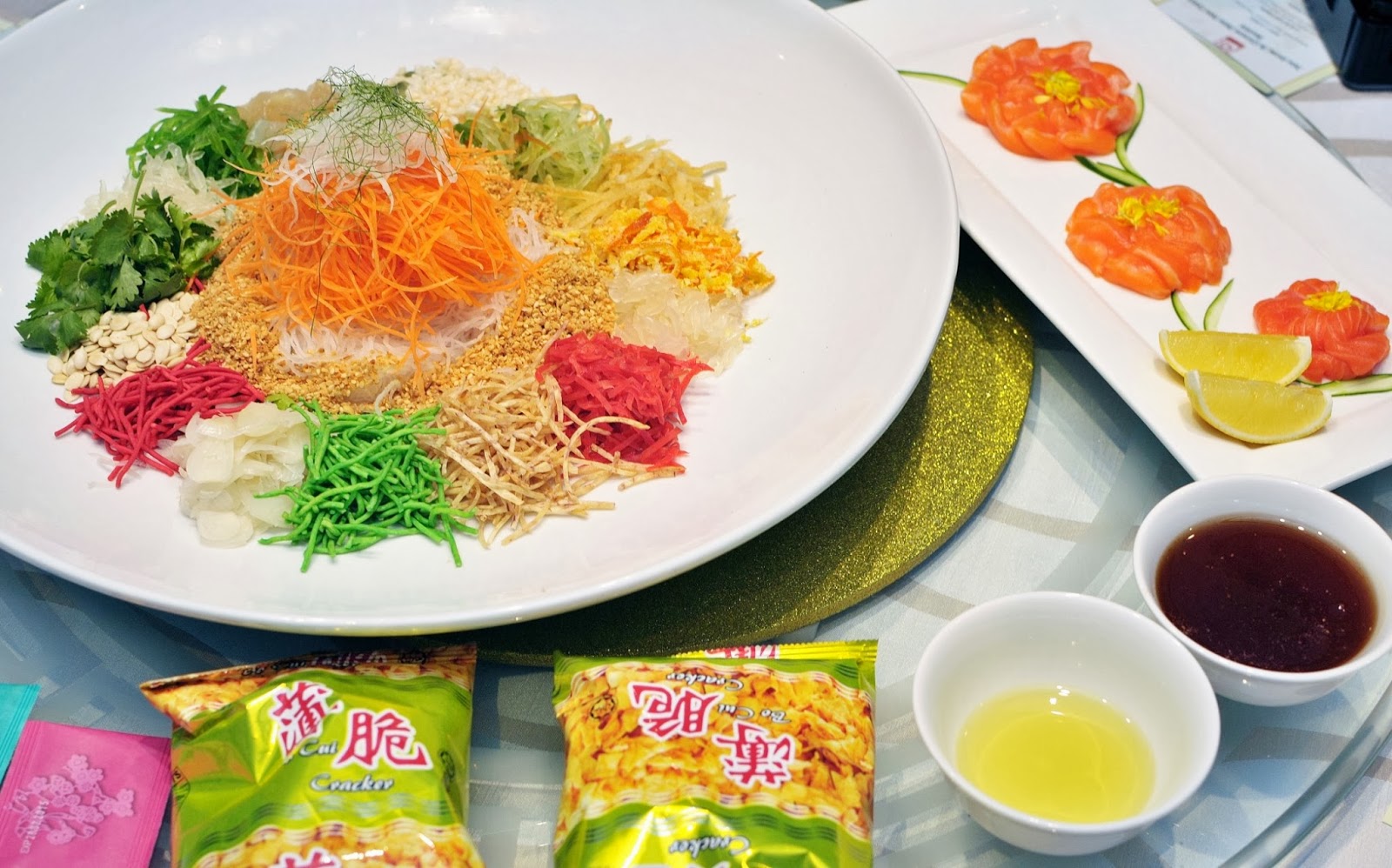 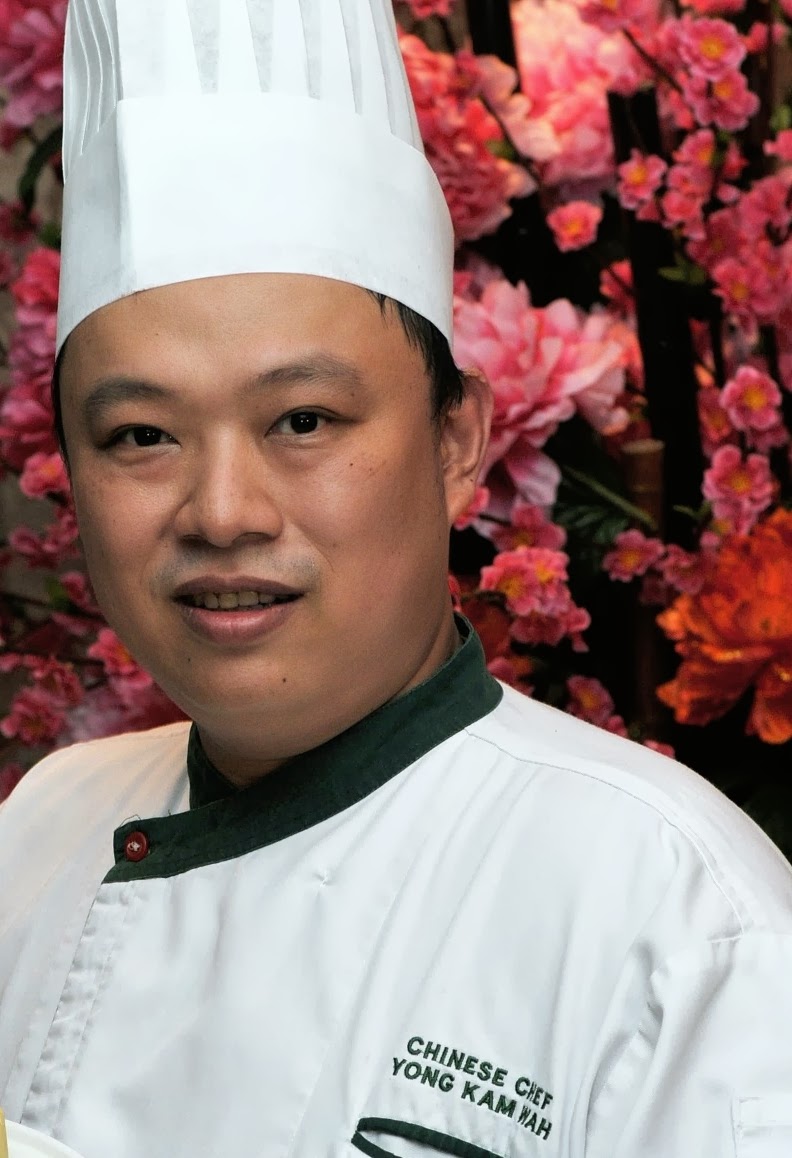 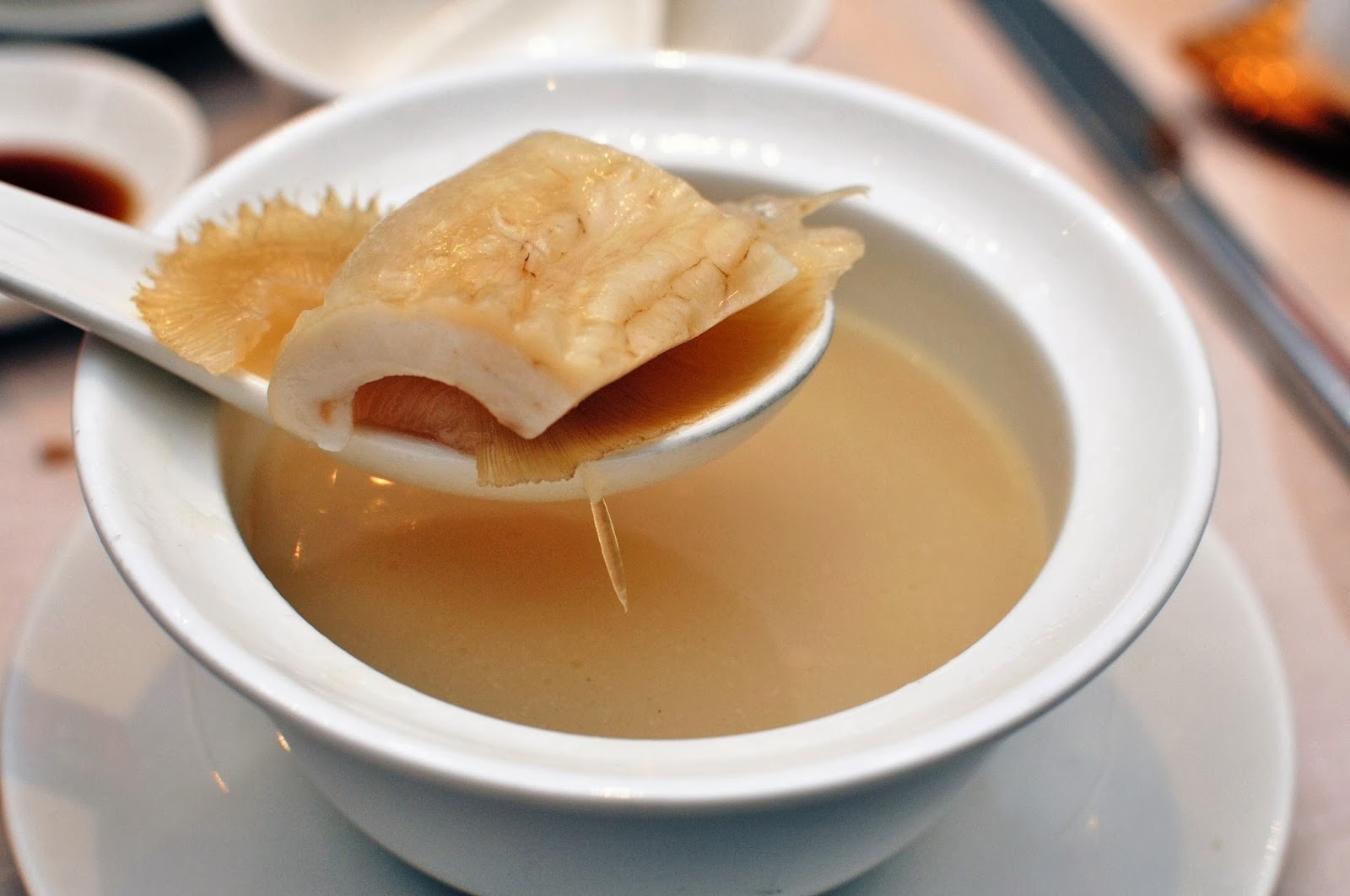 Next up is soup - a milky white Shark's Bone Soup with Superior Shark's Fin and Fish Maw that has been double-boiled for six hours. The broth's deep-seated, ocean-sweet flavour is pure manna for the soul. Enhanced by the highly prized collagen-rich fa kau (fish maw), its gelatinous smoothness is akin to a fleeting caress in every spoonful. 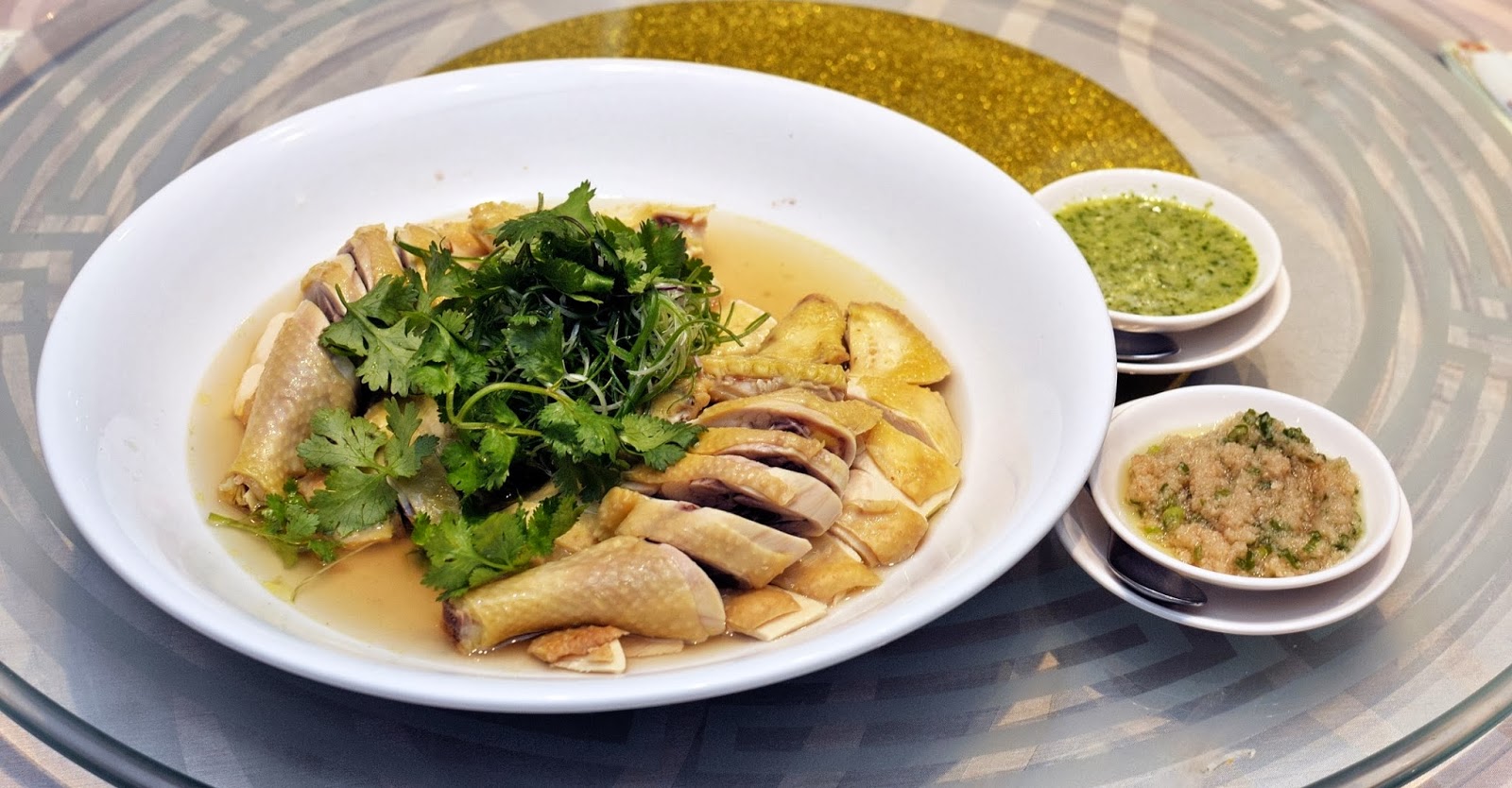 Covered with generous amount of chopped spring onion and fresh coriander, the Gui Fei (Empress) Farm Chicken is a majestic treat in its own right. The slightly chewy meat packs a tasty wallop when savoured with two dips: a tantalising blend of garlic, bird's eye chilli and coriander with lime juice and sugar, and the second, minced ginger. 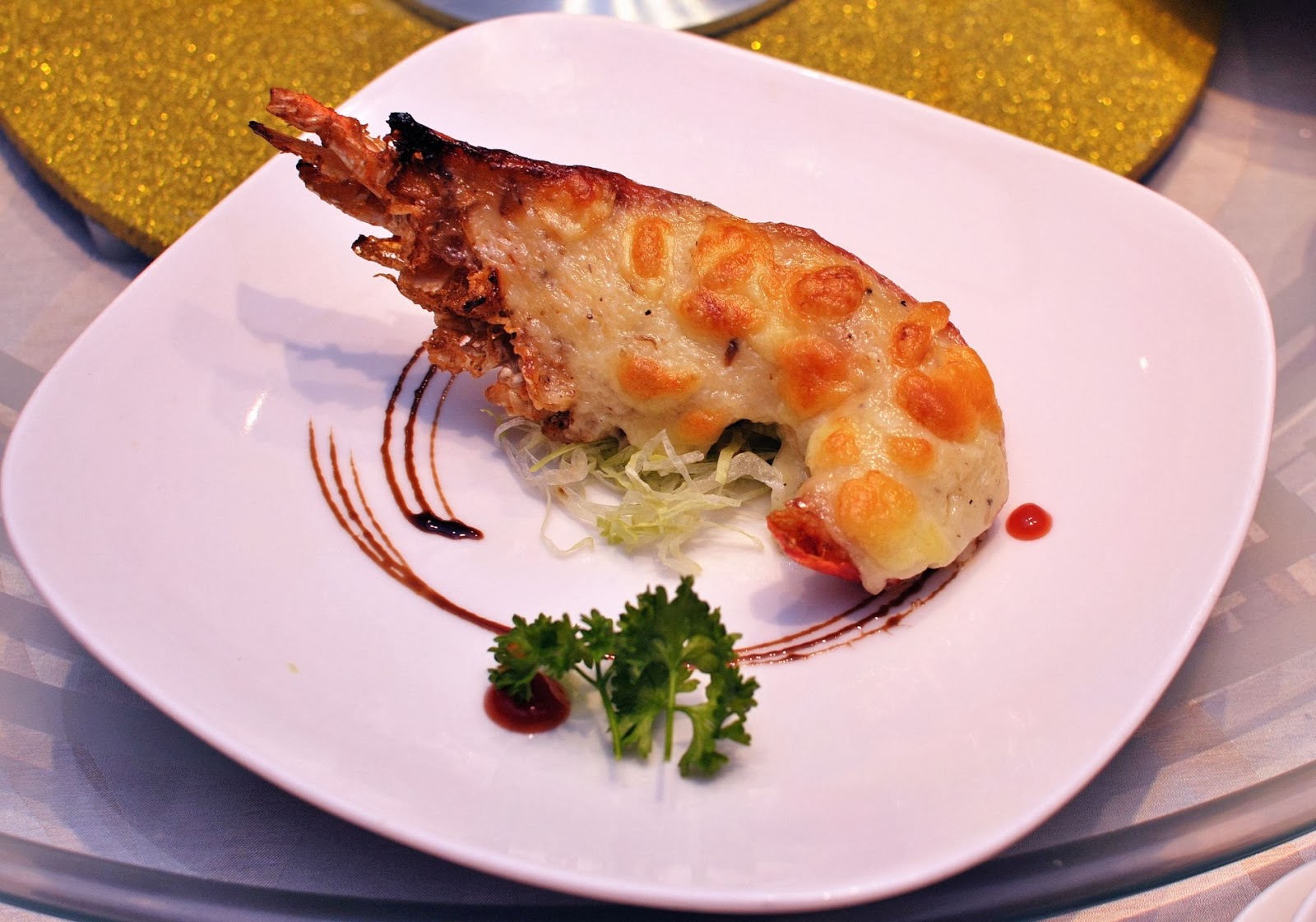 Baked River King Prawn with Cheese Sauce bestows a touch of luxe indulgence to the preview. Easily the size of a mini lobster, the springy-fresh and sweet king prawn is smothered in a rich topping of milk, grated cheddar, chopped onion, vinegar and mustard. A superbly sublime speciality that you shouldn't pass up on. 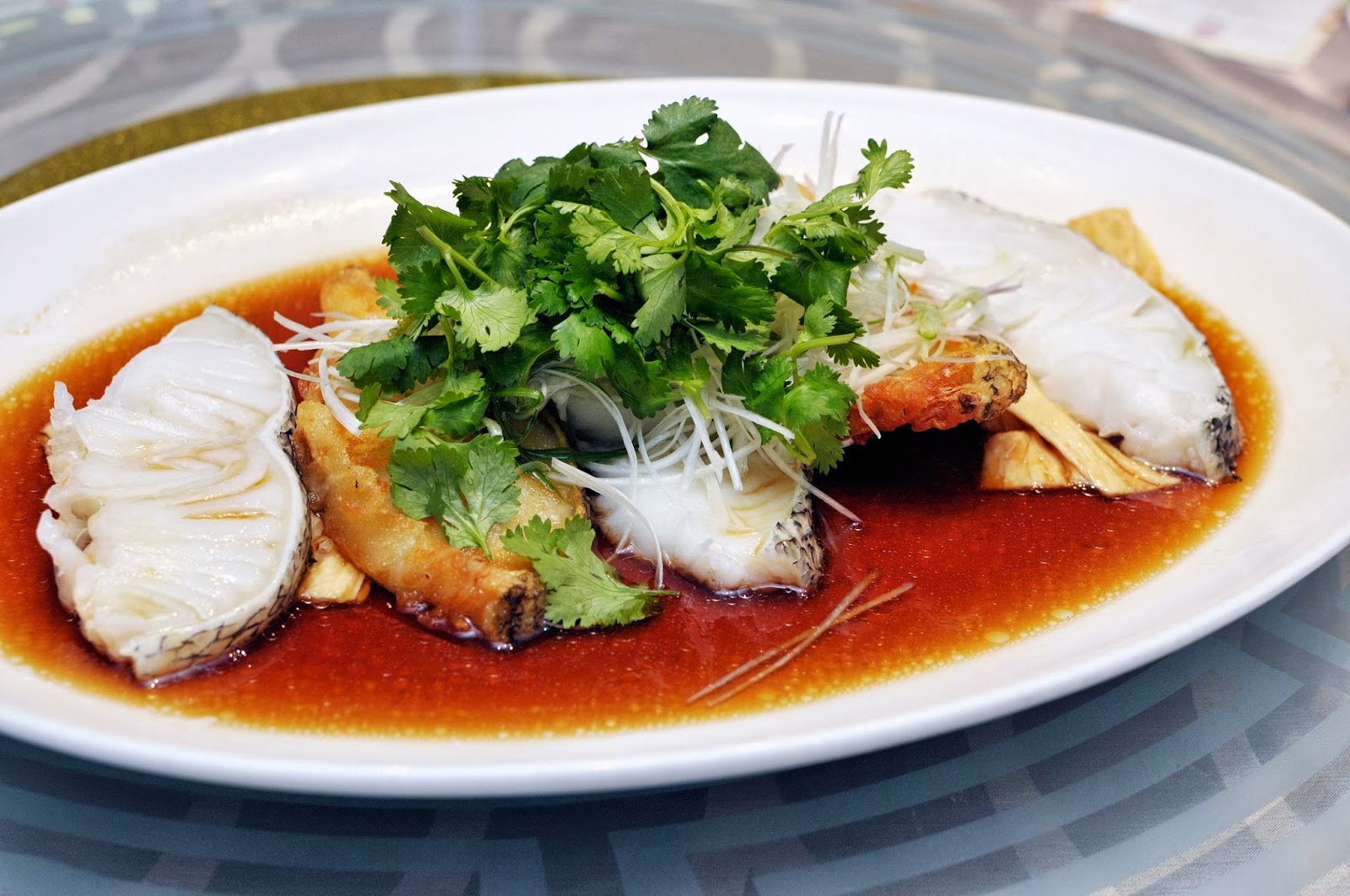 While some chefs tend to go overboard in pushing the envelope, Chef Yong knows what is best left well alone for his Steamed Cod with Bean Curd Skin and Golden Garlic in Soya Sauce. Pricey, naturally oily fish like cod rarely needs fancy condiments or sauces and his decision to stick to the time-honoured Cantonese style of steaming is a smart move. It brings out the fish's voluptuous ching (clear) nuance which is fully absorbed by the pieces of foo chuk (bean curd skin) underneath the fish. Pips of golden fried garlic punctuated it with bursts of mellow pungency.

Symbolism is rife when comes to Chinese New Year feasting so those who want their pockets, wallets and bags to brim over with gold, money and all that glitters would love the Braised Abalone with Sea Cucumber, Dried Oysters and Vegetable. These treasures of the deep sea come nicely tucked inside a dainty pouch that's drenched with a slick, unctuous sauce. We later discovered that it was aburaage - deep-fried thin beancurd slice that's commonly used in Japanese cooking. 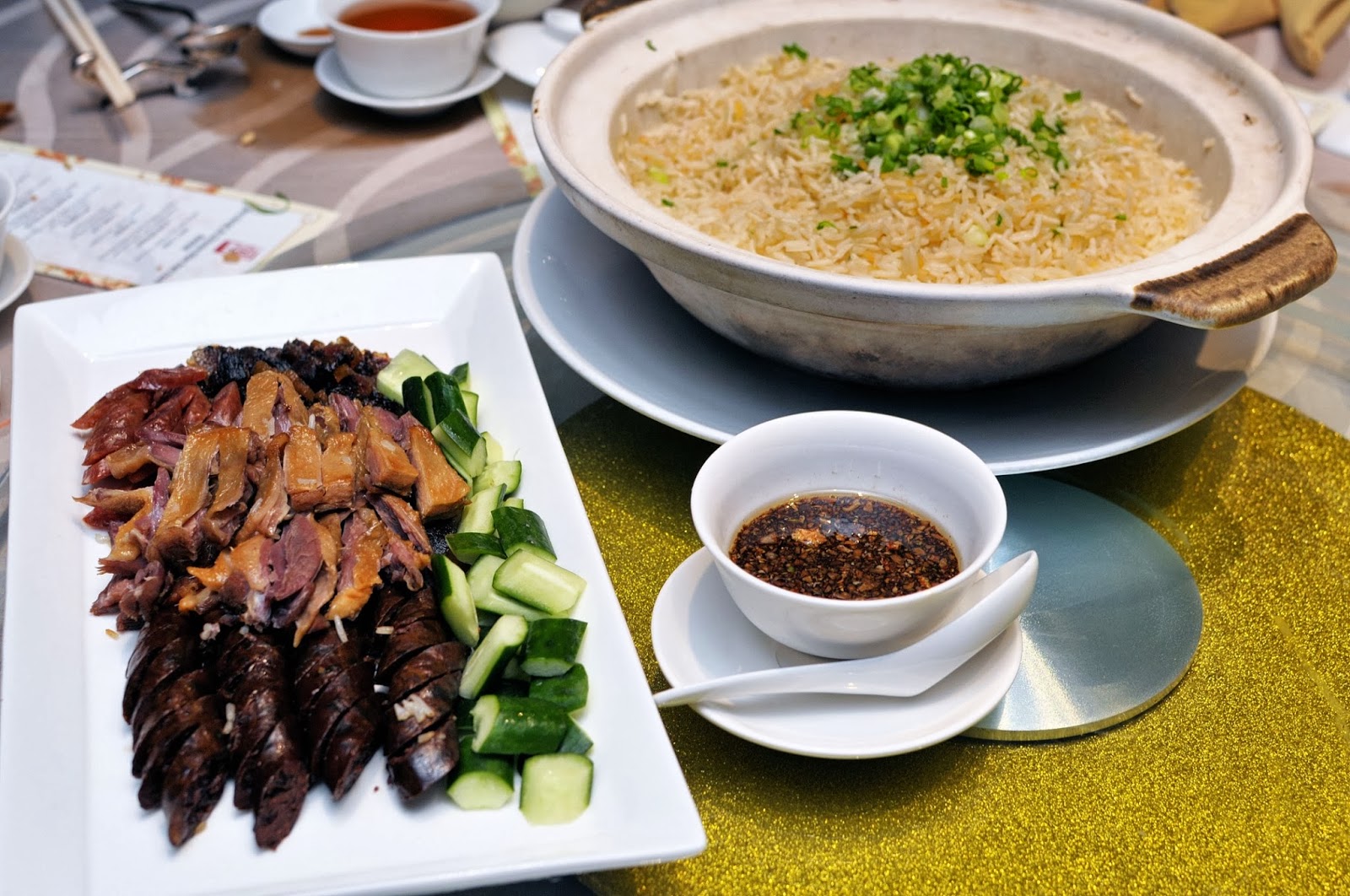 Stewed Fragrant Rice with Preserved Meat is an evergreen fave that few people can resist. Stirred with waxed belly pork, pork and liver sausages and waxed duck, the hearty rice treat is flavoured with fragrant soya sauce and chopped garlic; the overall richness tempered by the fresh sharpness of chopped spring onion and chunks of crunchy raw cucumber. 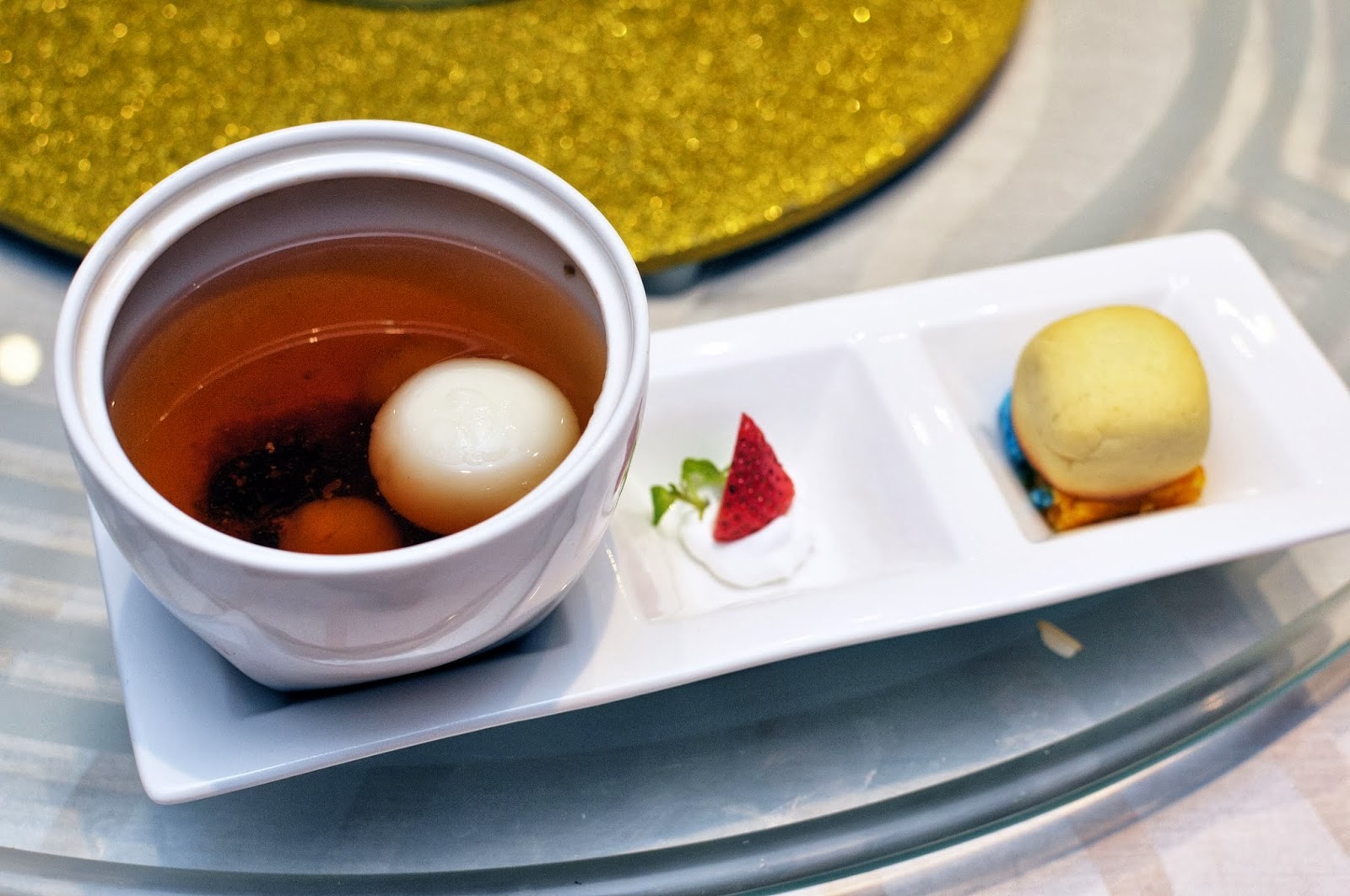 Whether it's a rousing 'sou gong' - that traditional ritual of finishing outstanding work prior to CNY with fellow colleagues and business associates or 'tuin yuin' (family reunion), three set menus priced between RM538++ (4 persons) and RM1,388++ (10 persons) are available from now until 14 February.