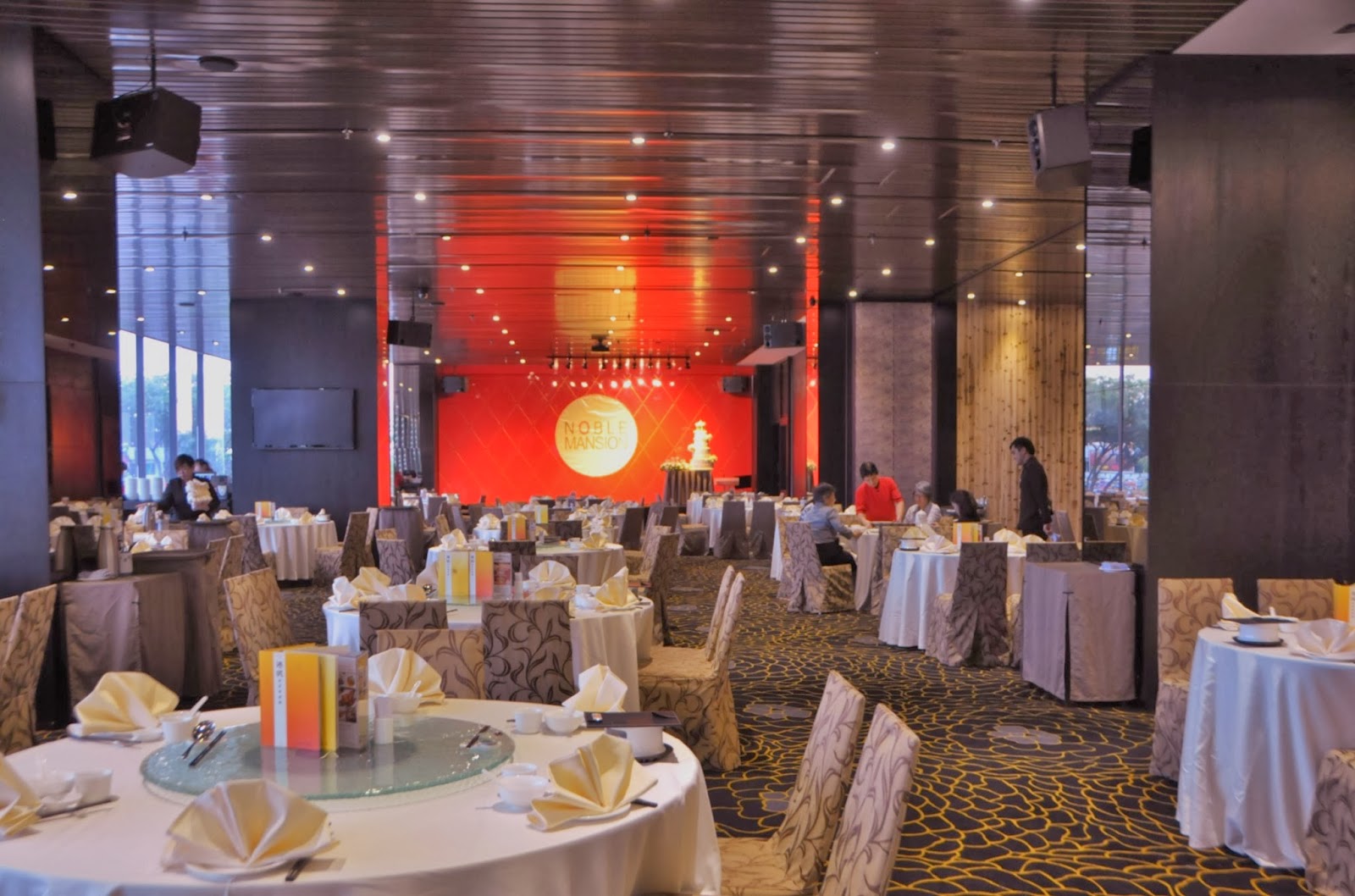 Come the frenetic CNY period, it will be on hands on deck at Noble Mansion. Similar scenarios are repeated throughout all restaurants under The Oriental Group where armies of service and culinary personnel battle gamely to withstand the overwhelming onslaught of diners throughout the CNY period. 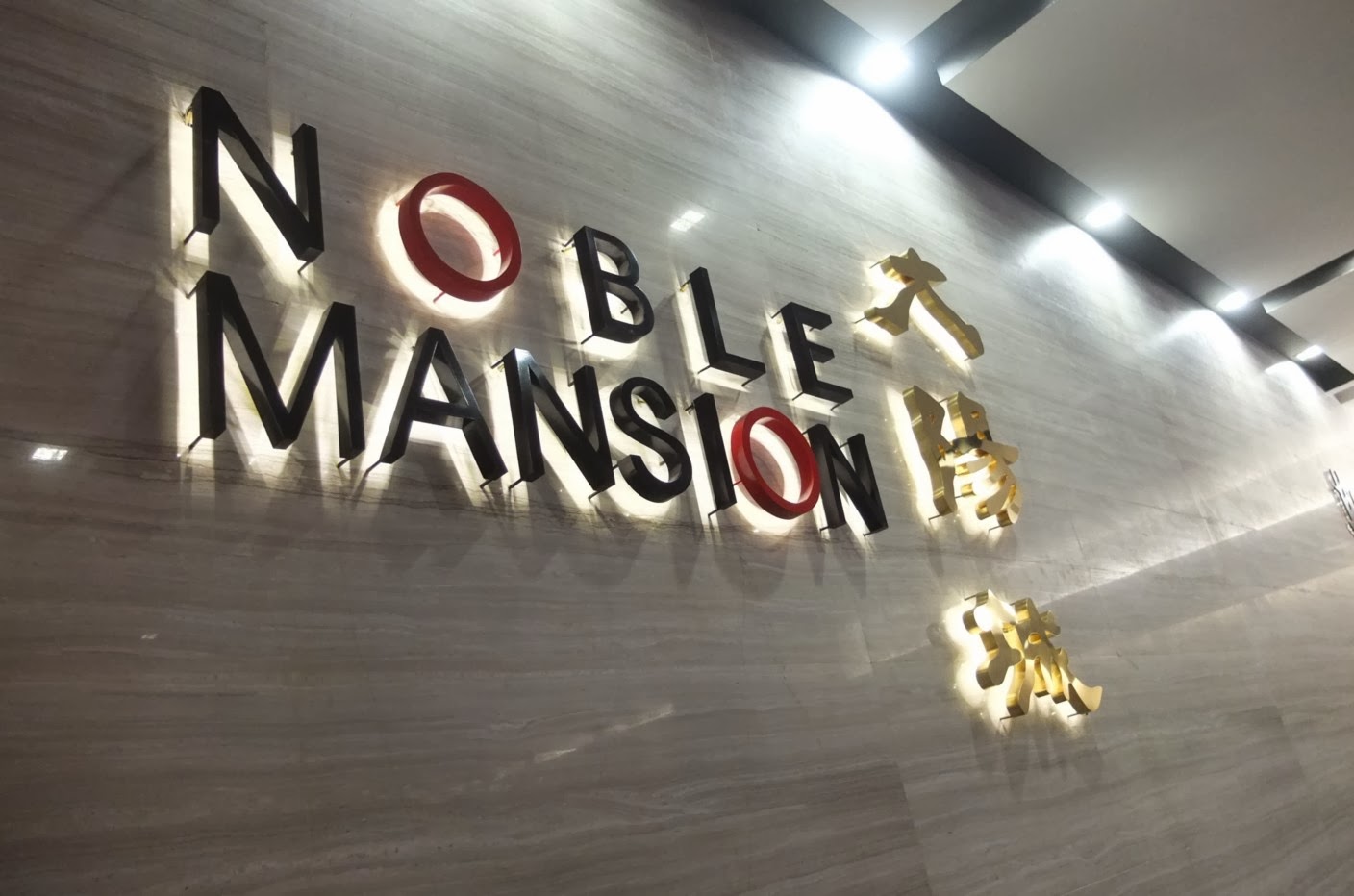 By now Noble Mansion has received overwhelmingly positive response on CNY eve for all its reunion lunch and dinner sessions. Naturally the savvy Justin Hor wouldn't dream of allowing a single CNY to go by without ensuring the debut of new and inventive dishes to reel in diners. 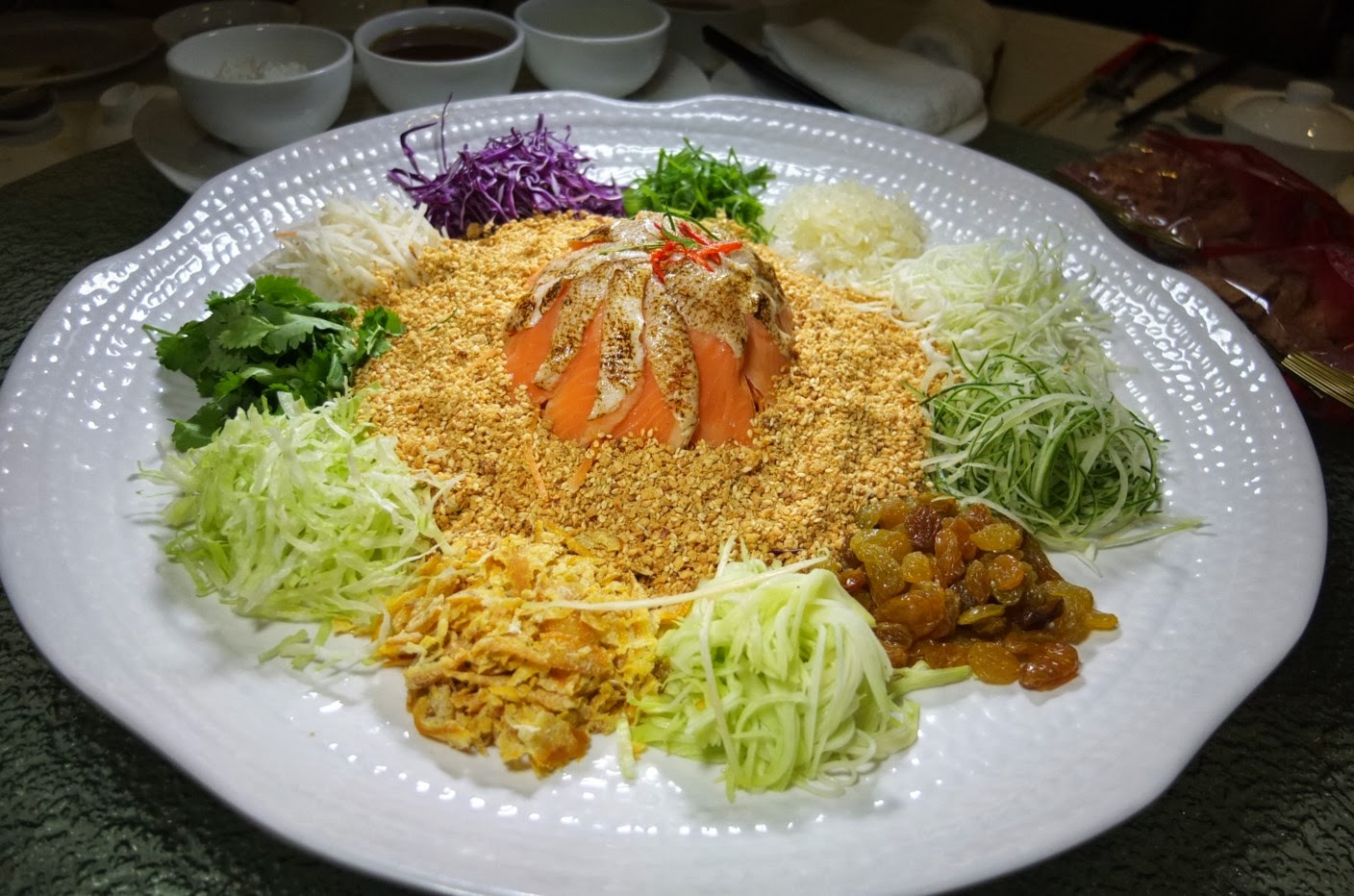 This year, we were given first-hand sampling of the season's de rigeur salad - yee sang with seared salmon belly and white truffle powder (RM98++ medium, RM138++ large). Interestingly, the fish was lightly seared on the edges; the resultant faint smokiness melding unexpectedly well with the white truffle's lush, voluptuous musky nuance. Even after we had 'lou sang', subsequent mouthfuls of the refreshing salad still bore that distinct aroma and left a lingering aftertaste in its wake on the palate. An edible work of art best described the individual servings of Crispy Icelandic cod with mandarin orange cubes (RM18++ per person). With such a collusion of complementary textures and flavours, what's not to like? The fish pieces were crisp on the outside and buttery flaky inside; the natural oiliness well-tempered by citrusy mandarin dices. 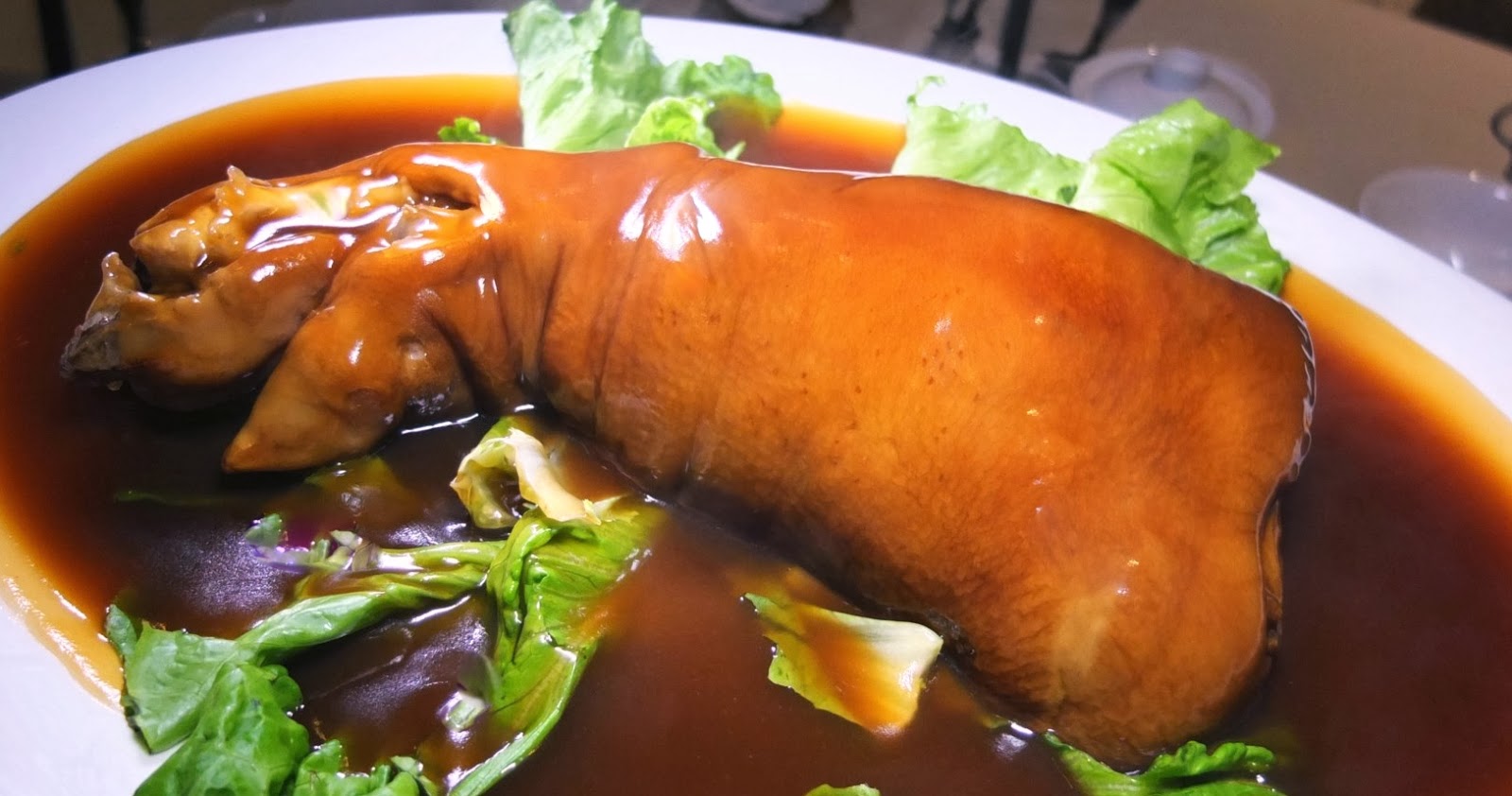 I will always equate pork trotter with the Chinese proverb - wang choi jau sau which means lucky fortune flows smoothly in hand - definitely something that we all want badly this year to counter the ever-growing price hikes. 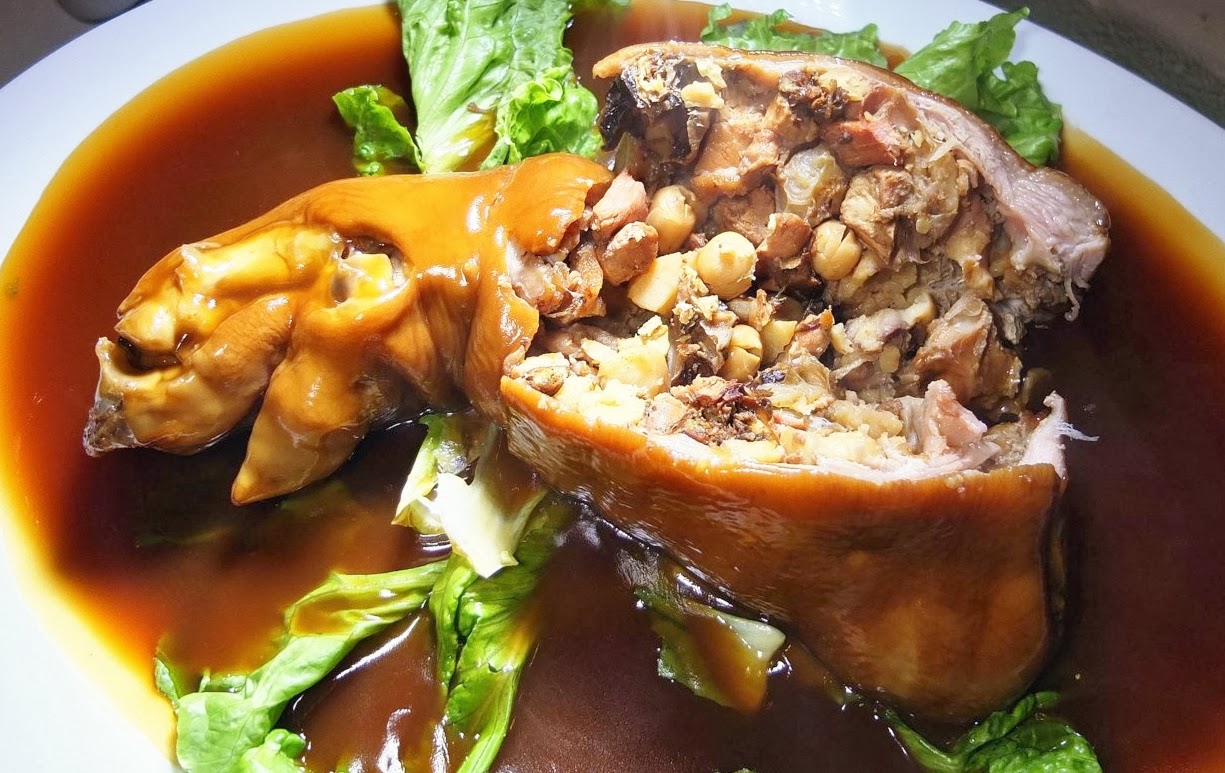 One has to applaud the chefs for stuffing the trotter with eight delectable 'treasures' that range from diced mushrooms and dried oysters to water chestnuts and gingko nuts for the Braised eight treasures whole pork trotter (RM98++ per portion). Drenched in a lightly unctuous sauce, the trotter was meltingly, fall-of-the-bone tender with the various diced 'treasures' lending myriad textural interest to it. 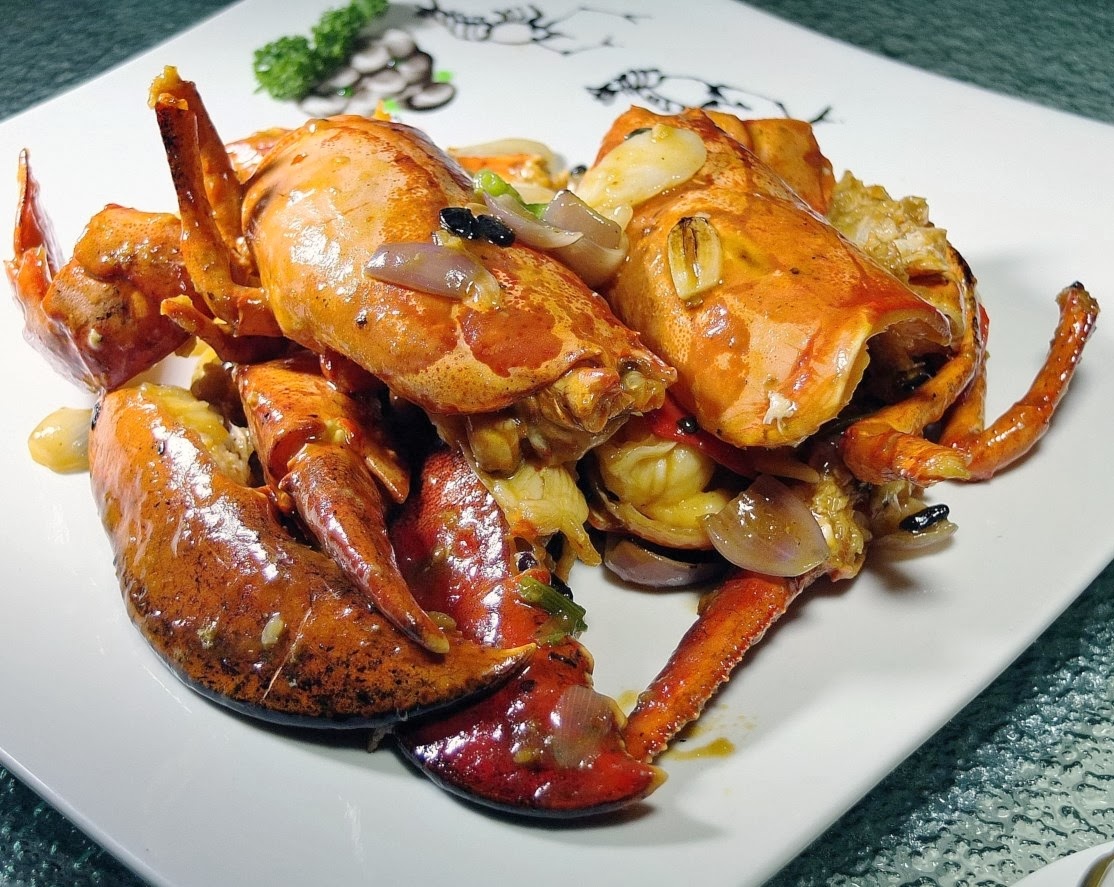 Those who want a luxe touch to their CNY feast can't go wrong with Braised Boston lobster with Shanghainese rice cake and garlic (RM33++ per 100g). Cooked to springy doneness, the lobster's inherent sweetness coupled with the slightly charred garlic lend abundant flavours to the chewy pieces of rice cakes. 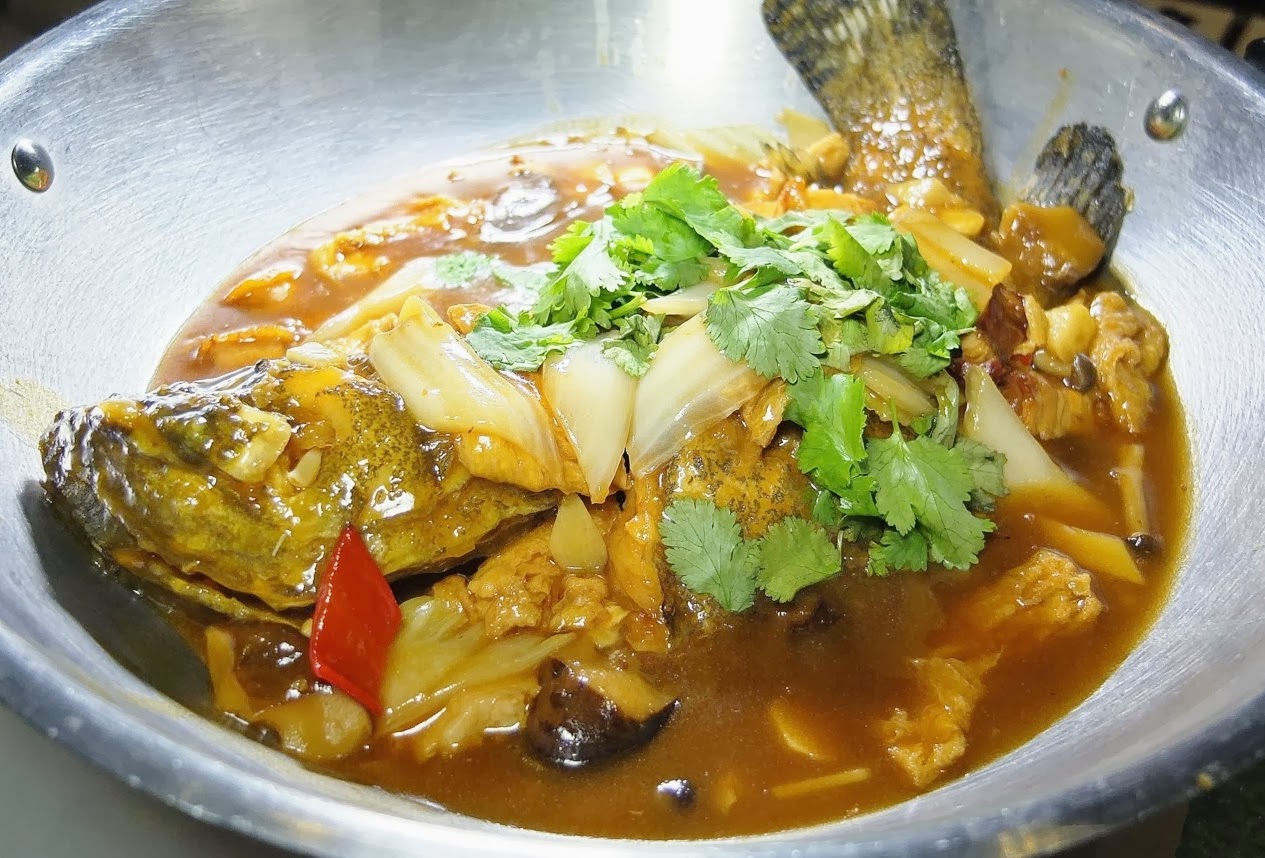 Hearty, homespun nuances reign in the splendid dish of Tiger Garoupa with Roast Pork and Mushroom (RM330++ each). A fab departure from the usual steamed fish, the rich gravy comes with shimeji and black mushrooms, spongy layered beancurd sticks, Chinese cabbage, roast pork slices and garlic - a superbly bowl-licking tasty sauce that begs to be complemented with bowls of white rice. 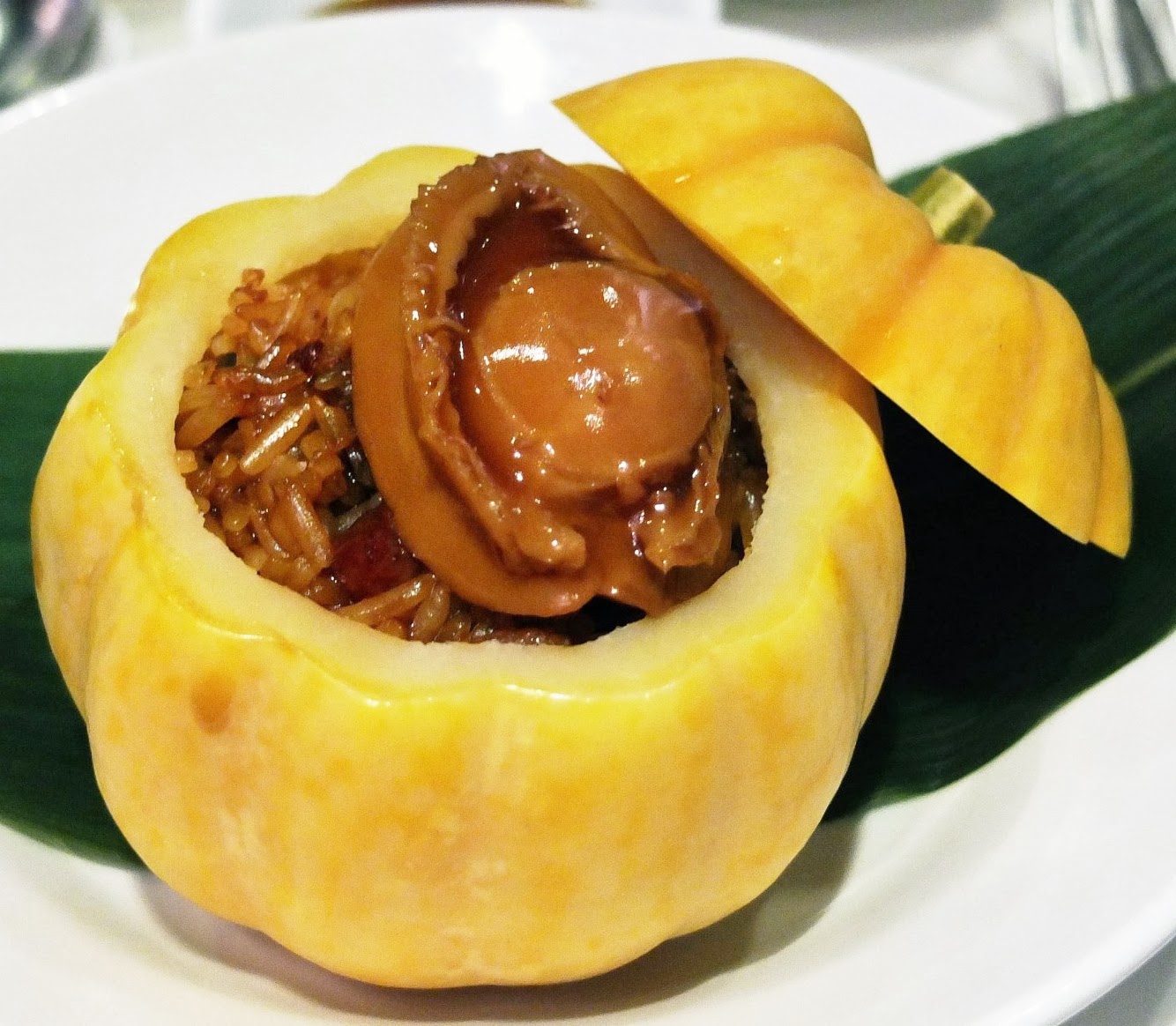 I'm a sucker for well-cooked 'sang chow lor mai farn' - stir-fried glutinous rice but Noble Mansion's indulgent version is in a class of its own. After all, few restaurants serve up Stir-fried glutinous rice in pumpkin with whole abalone (RM48++ per person). Not only the grains are nicely separate with a slight nutty centre, they contrast nicely with succulent bites of the abalone. 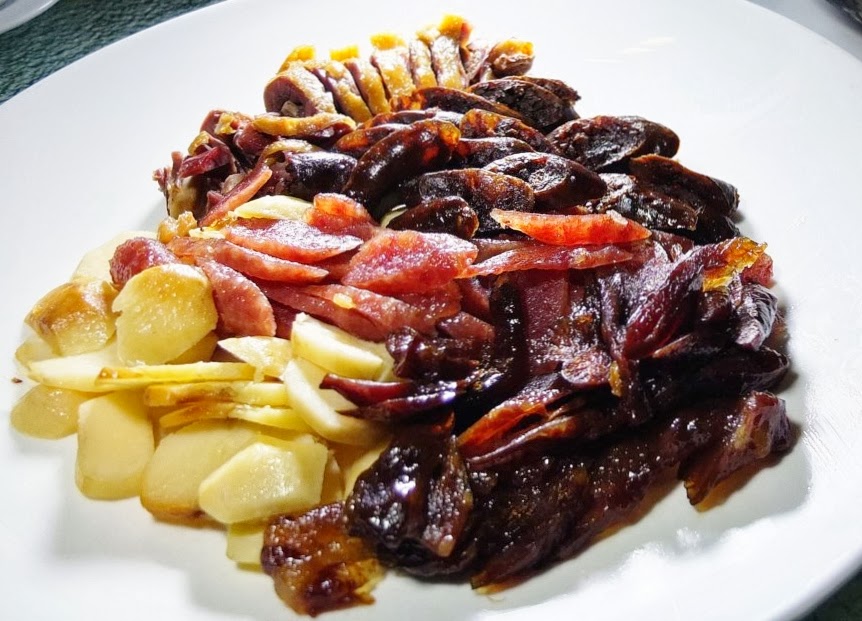 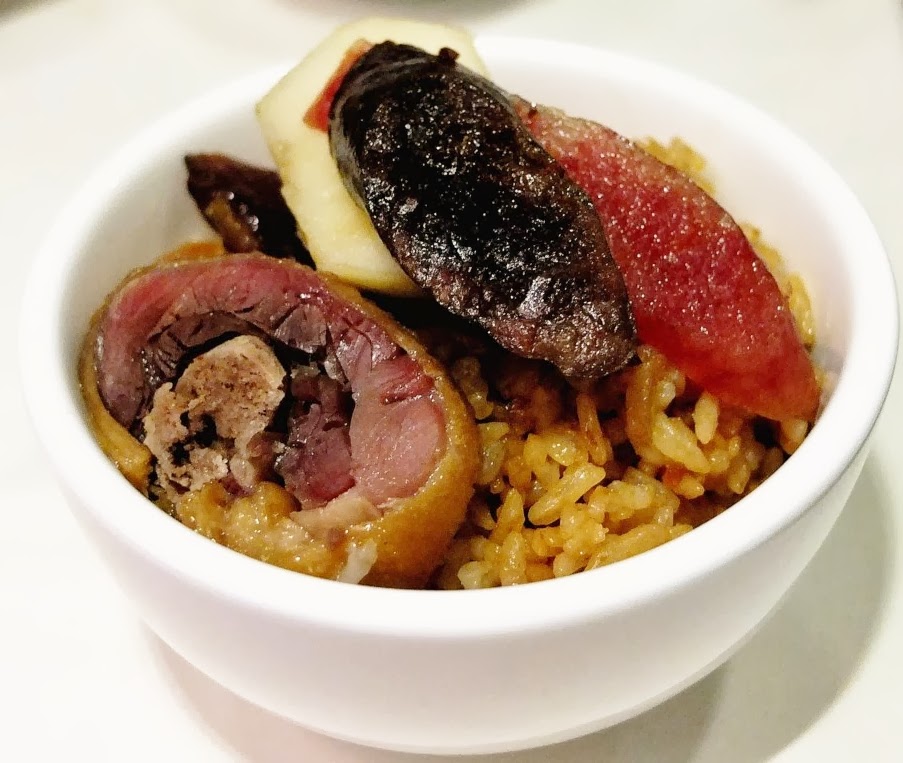 For the finale, we readily succumbed to the piping hot pot of Lap Mei Farn (RM68++ for 4-6 persons, RM108++ for 8-10). Apart from the sliced waxed pork and liver sausages, there are sliced waxed duck and belly pork as well as arrow head. A scrumptious, flawlessly prepared dish that will leave no cause for complaints. Unsurprisingly, this ranks as one of the best we had sampled in the run-up to CNY.

Special menus are available for table of two to ten persons throughout the CNY at Noble Mansion. Reservations are highly recommended.