A Goat Year Of Bold Prosperity With GUINNESS® 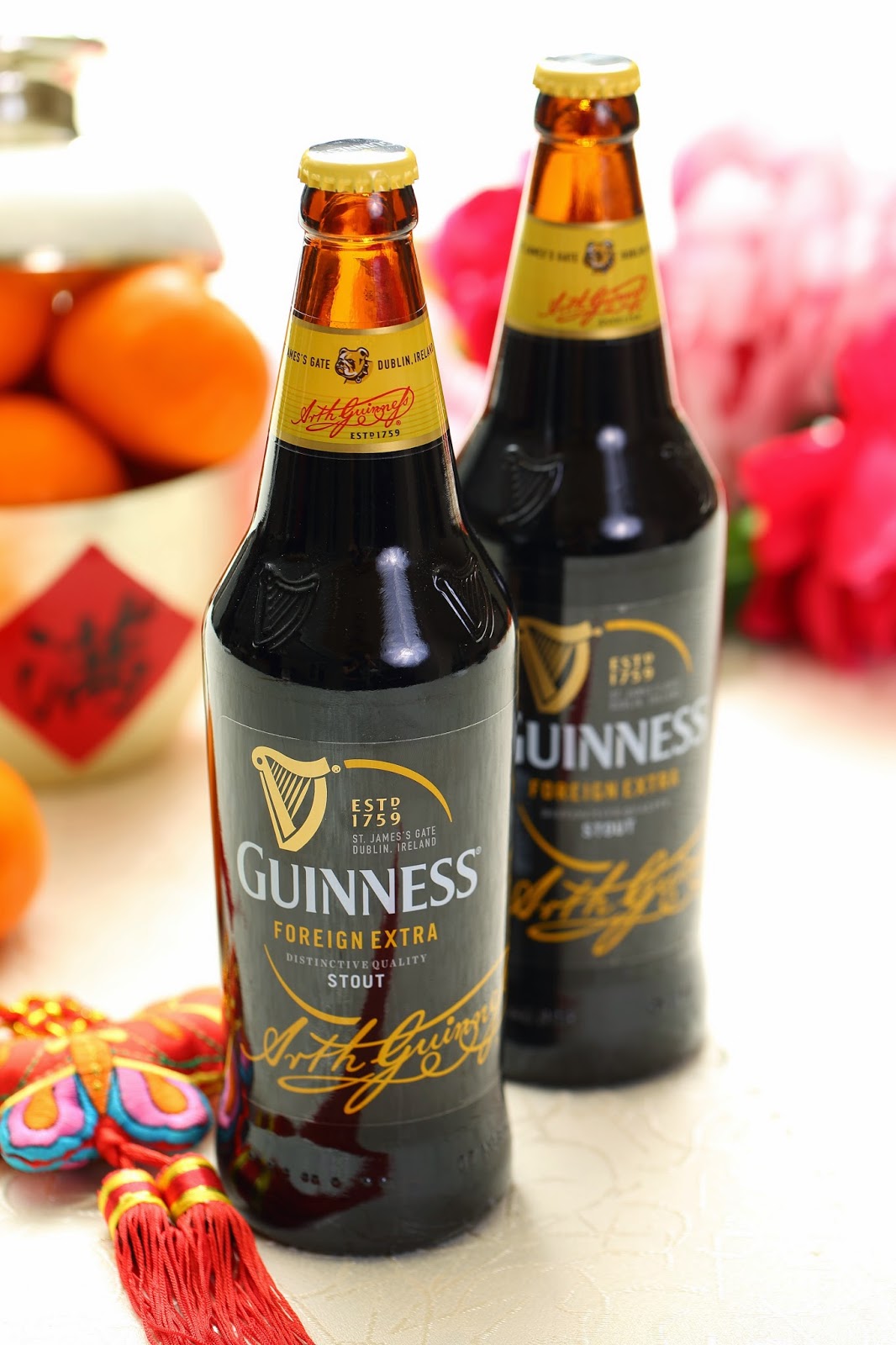 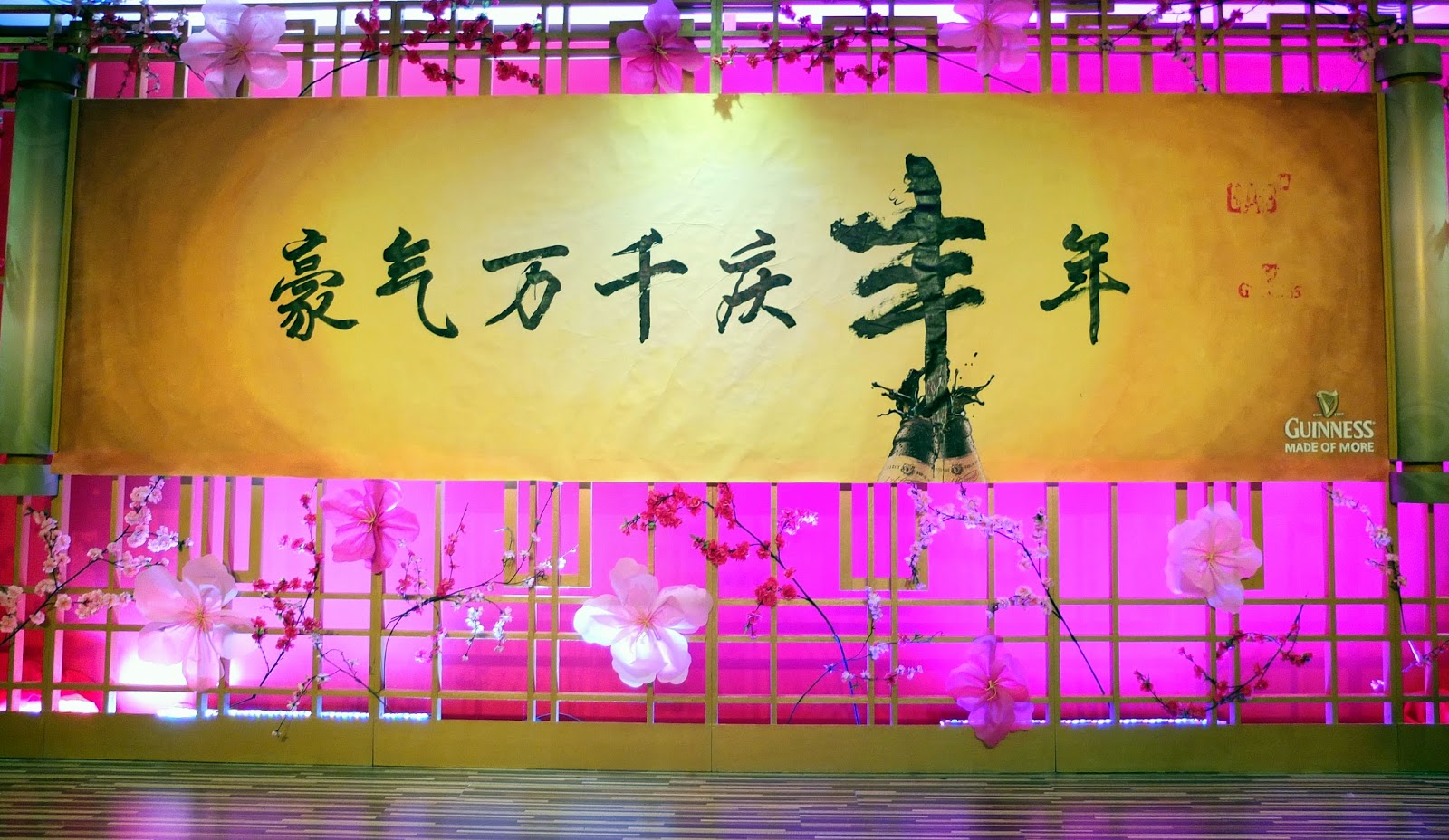 Iconic GUINNESS® stout teams up with the Grand Imperial Group of restaurants to create a special GUINNESS® Lunar New Year menu to welcome the Goat Year with bold prosperity. 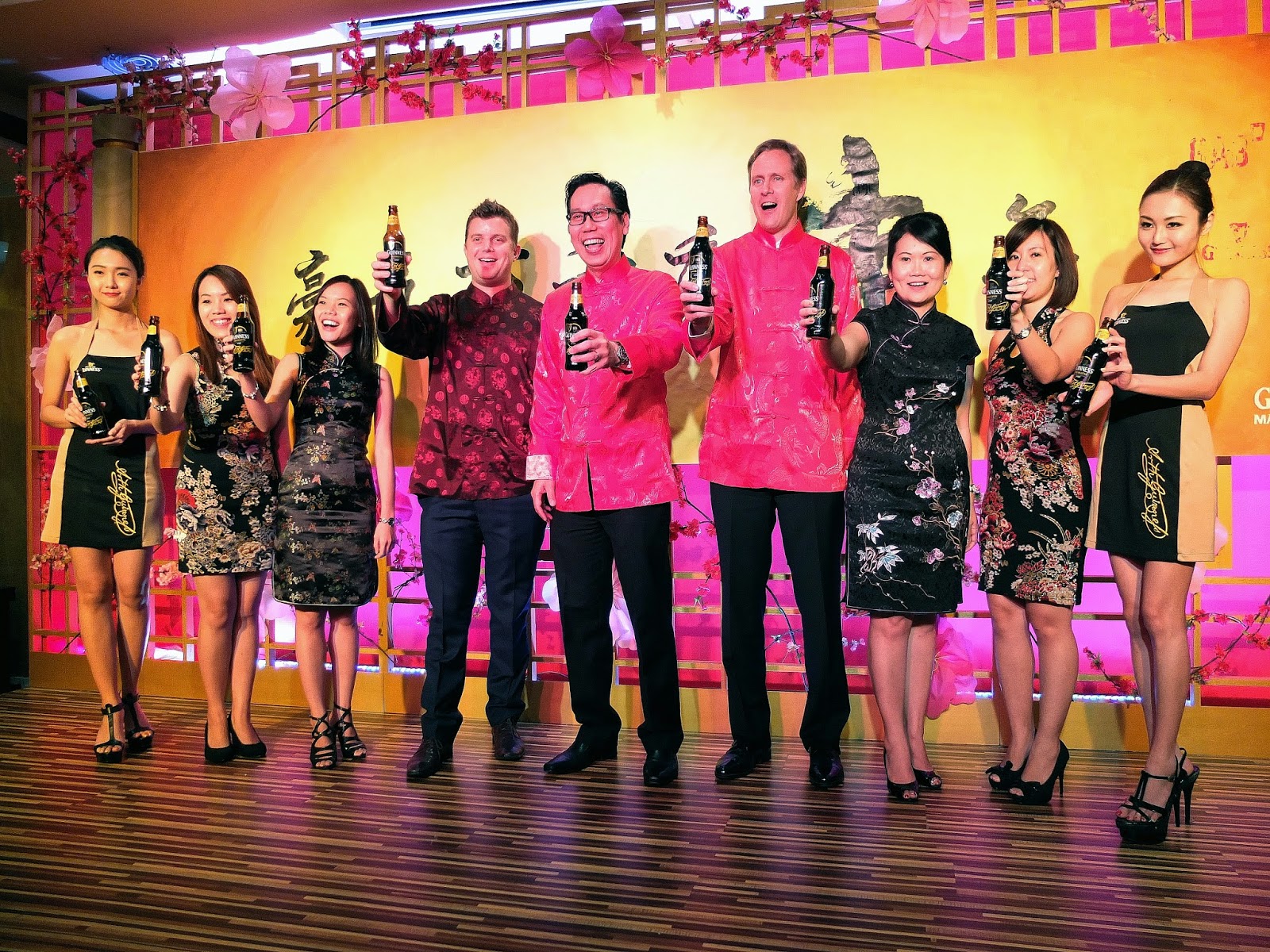 At a lavish sneak preview hosted by Bruce Dallas, Marketing Director of Guinness Anchor Berhad, we were treated to a sumptuous eight-course banquet paired with GUINNESS® stout served in different ways to complement and bring out the full flavours of each dish. 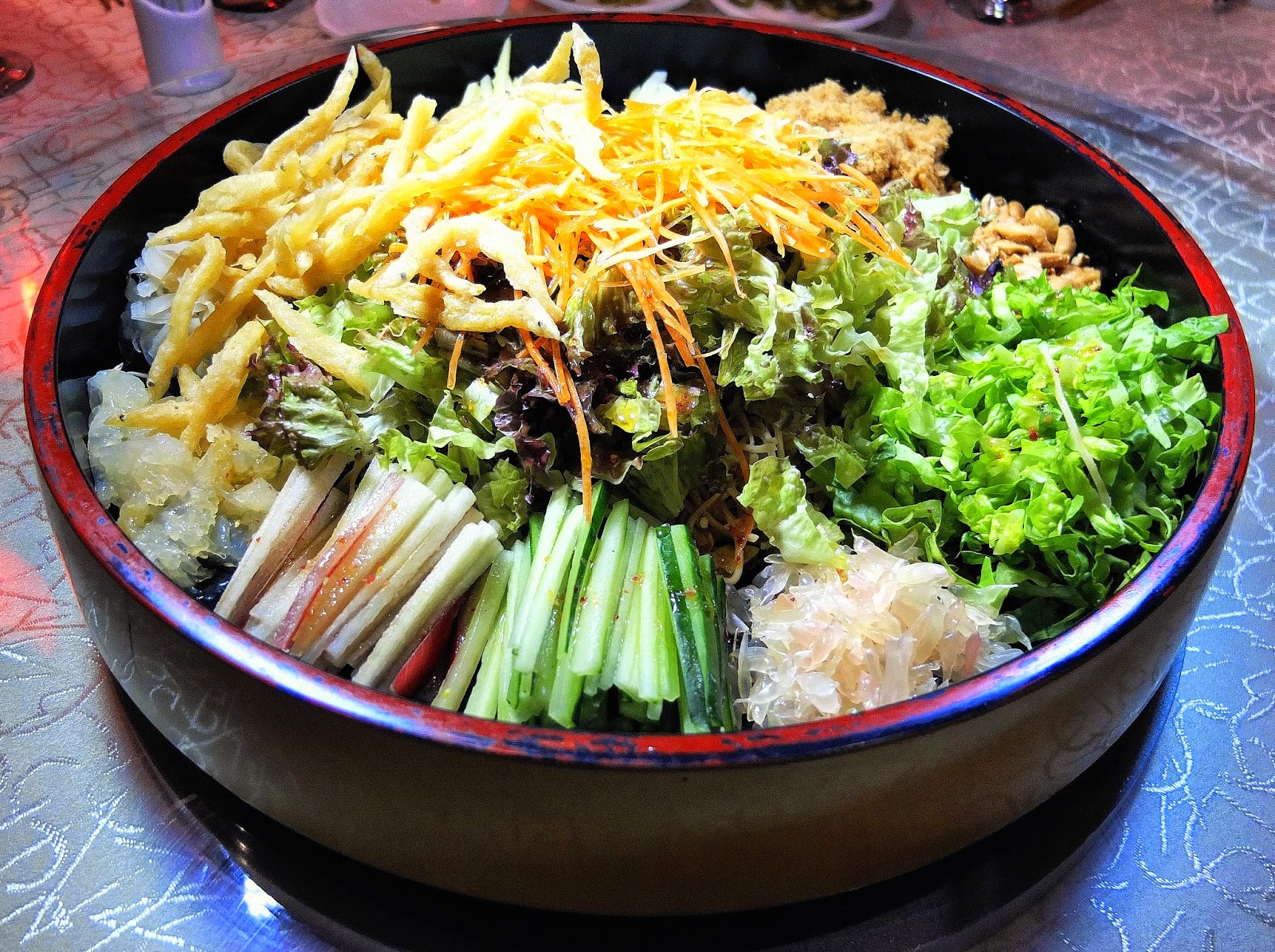 Dinner was off to a rousing start with the customary serving of Yee Sang – a rainbow-hued platter of fresh shredded fruit and vegetable that included crispy fried white bait, lots of almond flakes, cashew nuts, shredded mango, jambu air and chicken floss generously doused in a tantalisingly tangy sauce. 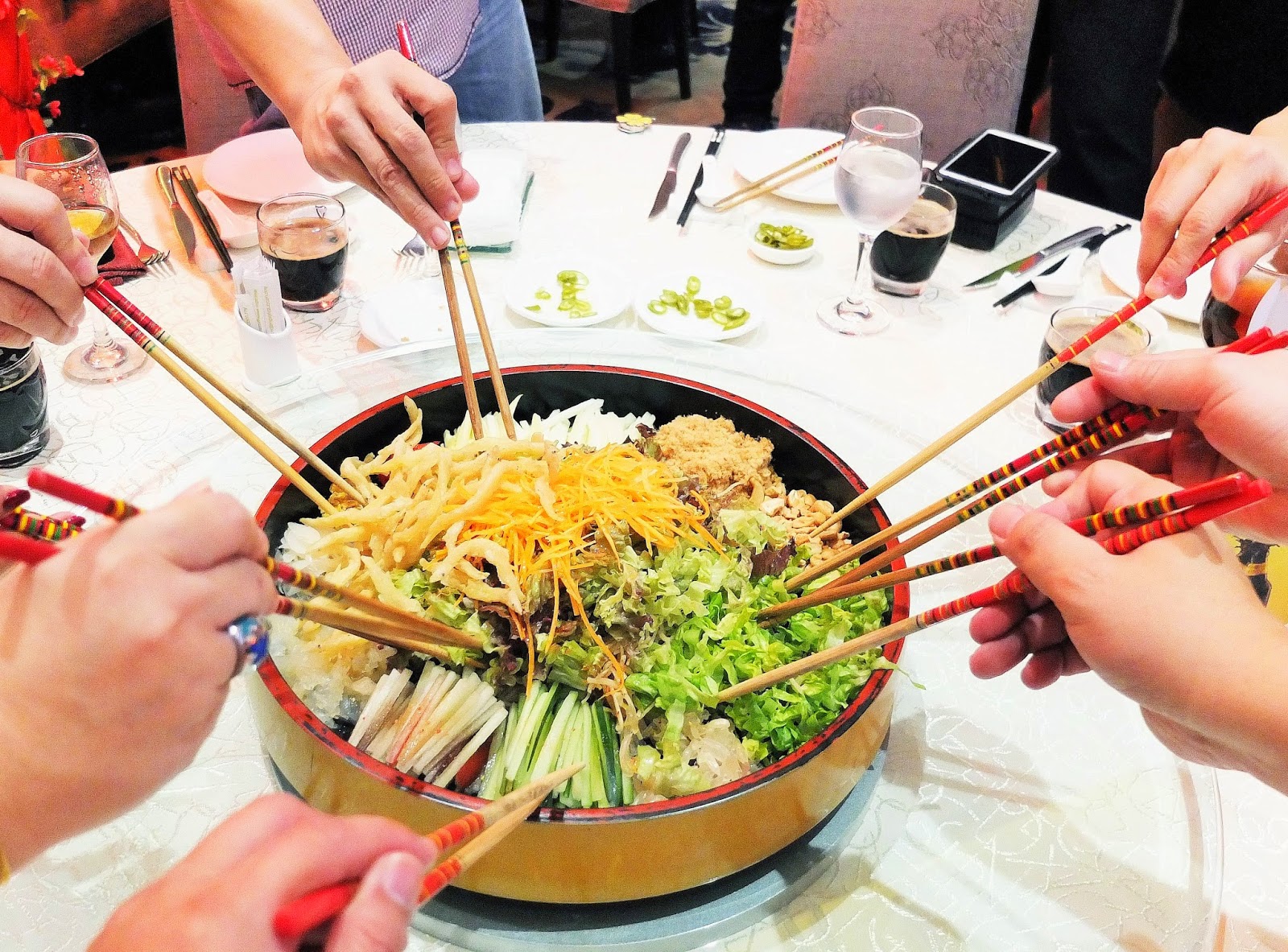 The general consensus was favourable especially among us ladies who raved over the salad’s subtly tart accent and crunchy, nutty dimension. Suffice to say, the yee sang went superbly well with the rich, bold stout too. 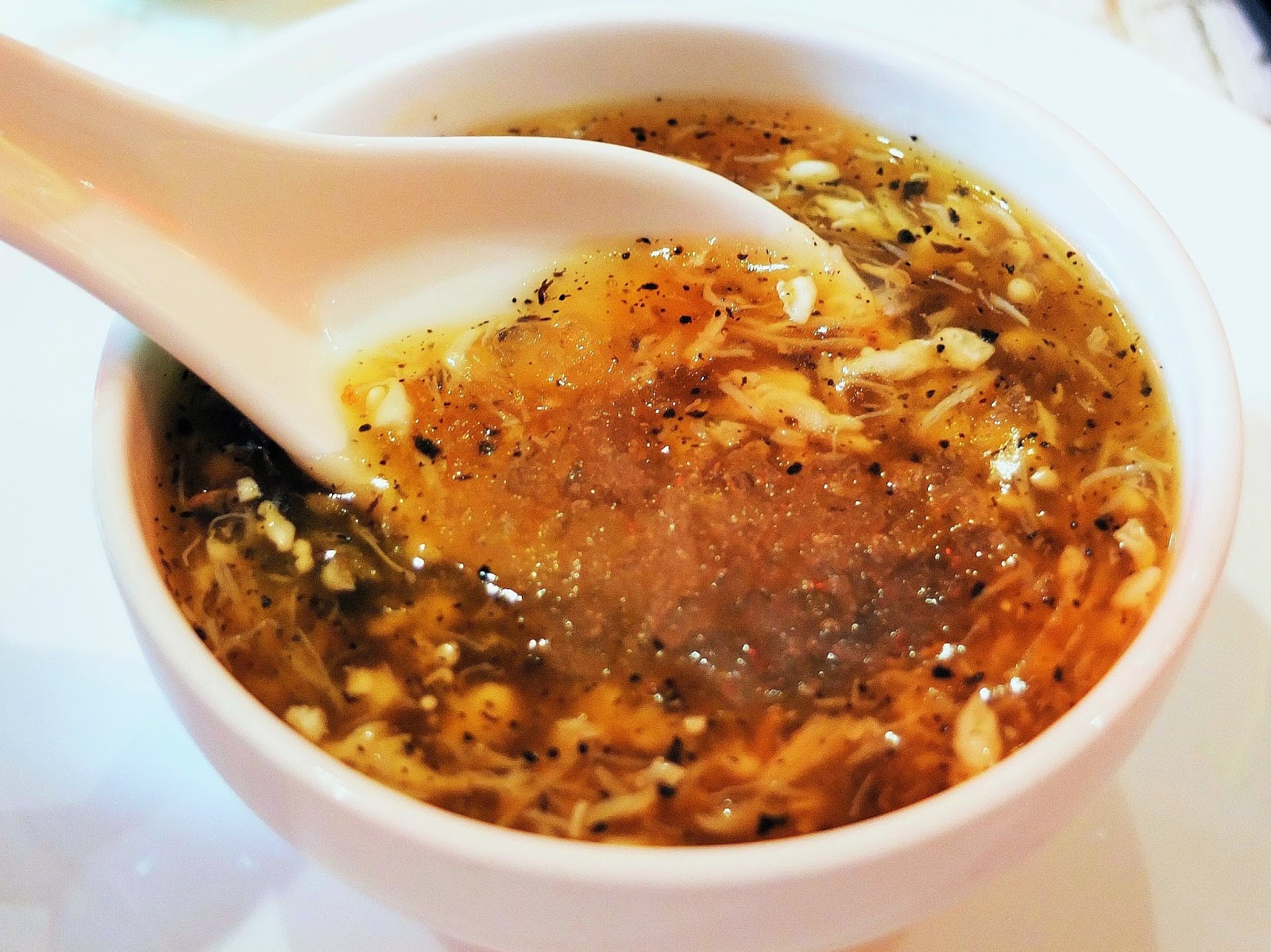 Next up was a bowl of Bird's Nest Soup – a velveteen broth brimming generously speckled with aromatic black truffle flecks, chunks of fresh crab meat and delicate wispy egg white commas. A delightful luxe treat that even a non-soup fan like yours truly couldn’t resist. 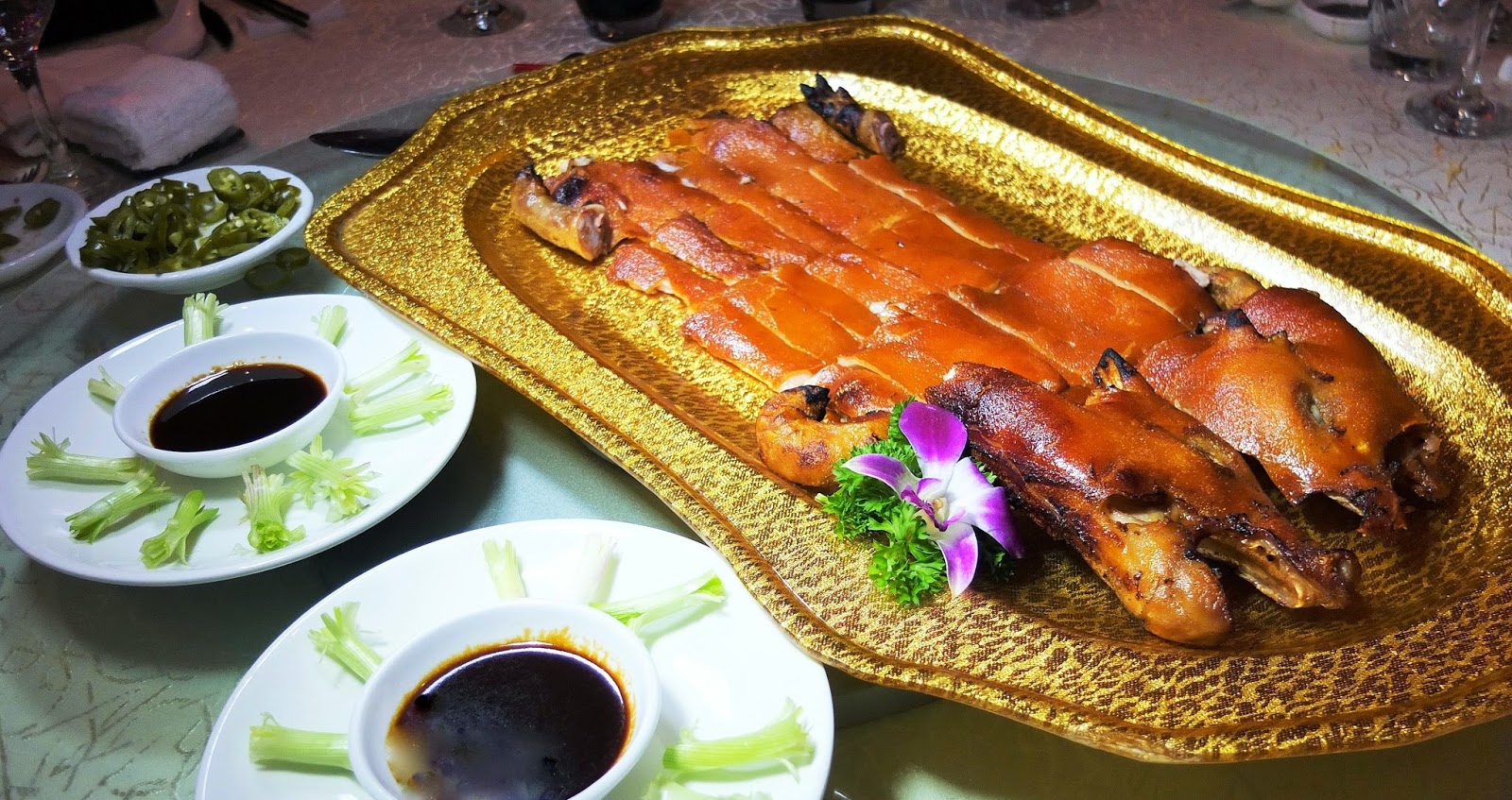 After warming up our tummies with more GUINNESS®, it was time to pig out on Crispy Suckling Pig – a glorious showpiece of crackling crisp skin rectangles savoured with scallion florets and sweet bean sauce. Yummeh! 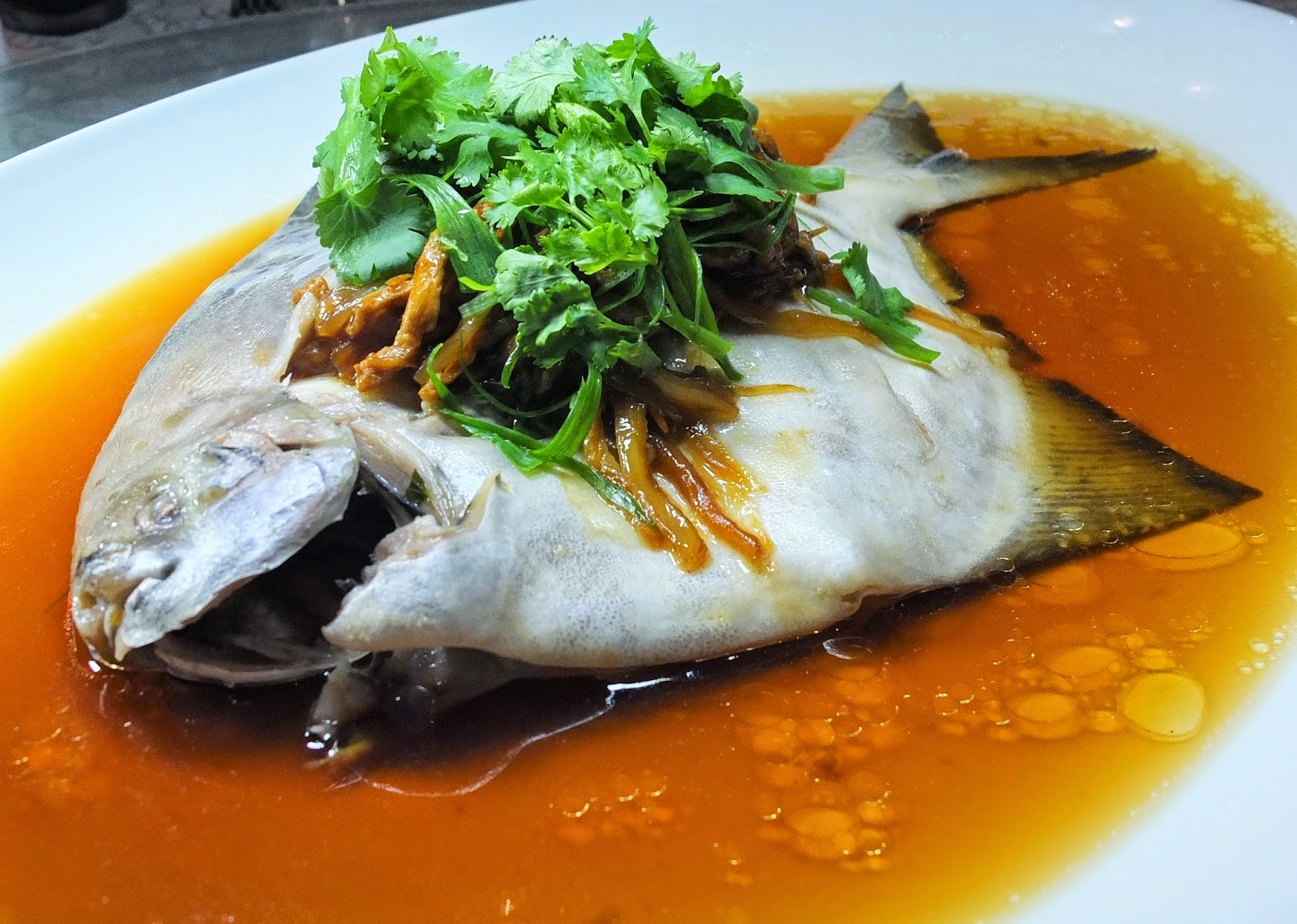 By now our GUINNESS® is chilled with some ice cubes, lightening the complex brew somewhat as we snapped up the smooth chunks of the sizeable Steamed Pomfret. The flavourful pool of classic Cantonese-style light soy sauce ramped up the fish's inherent sweetness, accentuated by some caramelised onion and pork strips. 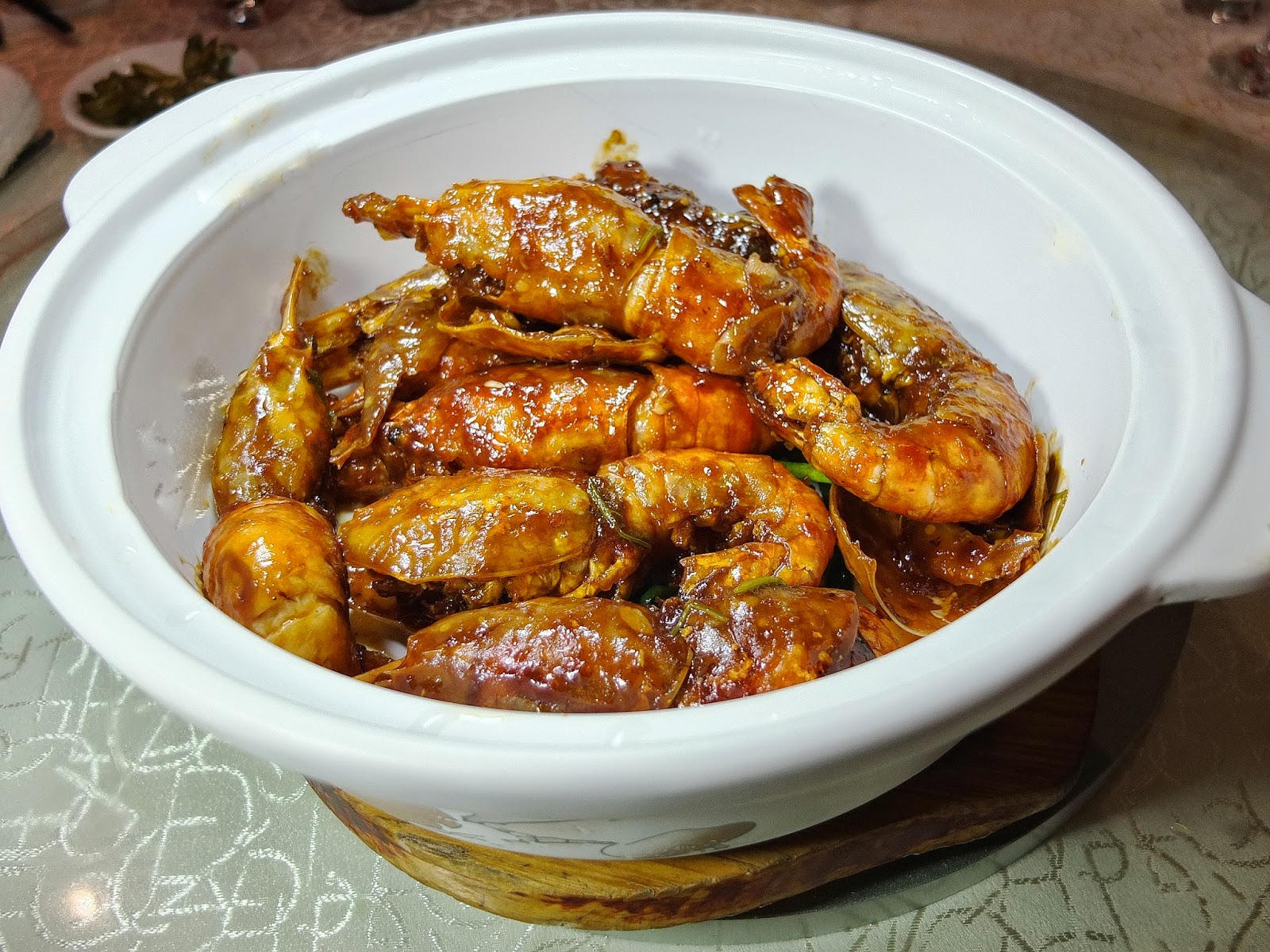 Despite some much ado over a crustacean, ample attention was devoted to the claypot of Freshwater Prawns. Slick, sweetish-savoury tomato-soy sauce hugged the delectable largish big-headed prawns, never mind if they turned out a tad overdone. 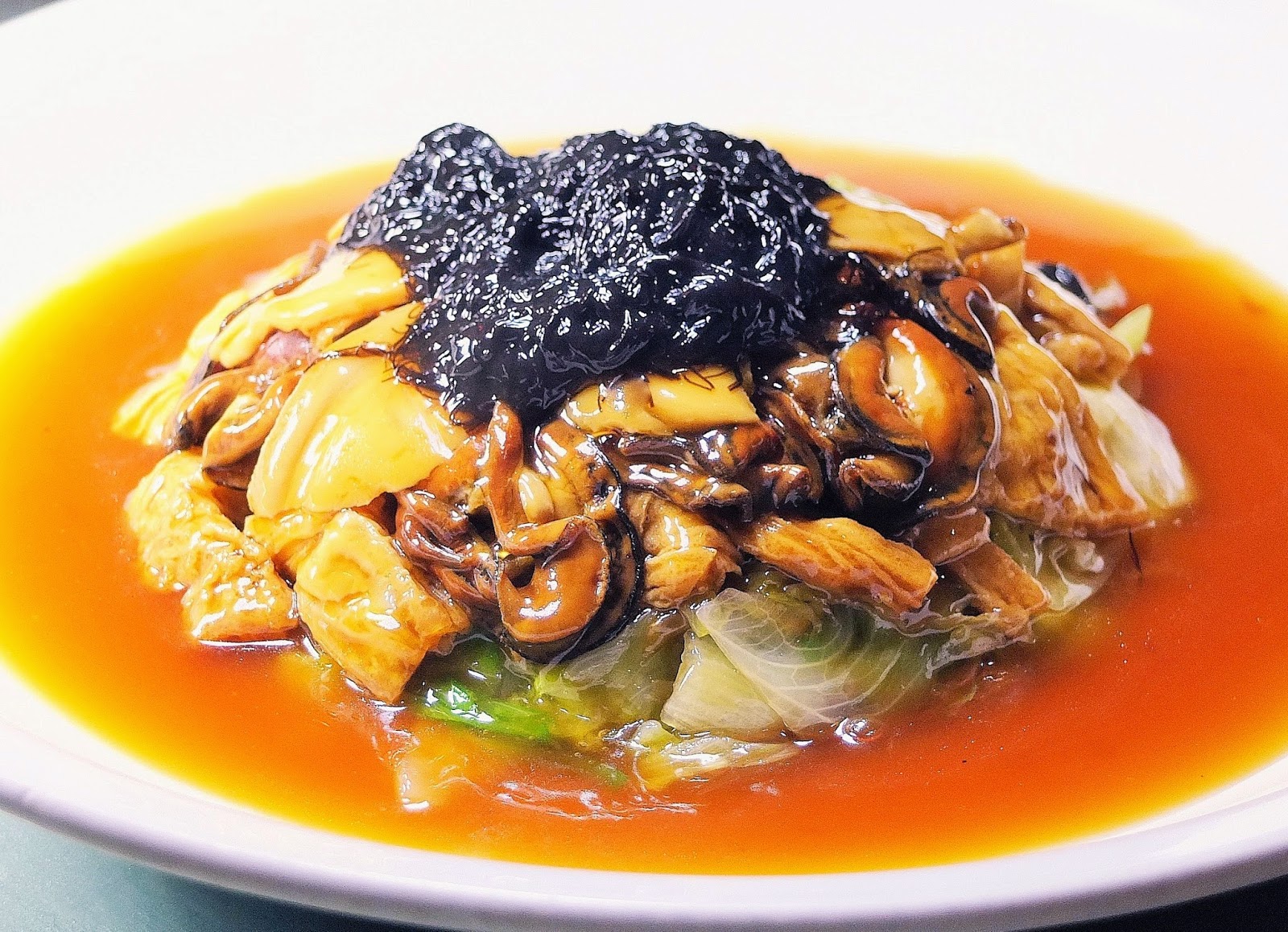 Our glasses were never empty prior to the appearance of Braised Sliced Abalone with Dried Oyster & Beancurd Sheet (tau kan). The stout’s robustness certainly went glove in hand with the earthy, hearty dish that promises good things/prospects ahead for everyone. 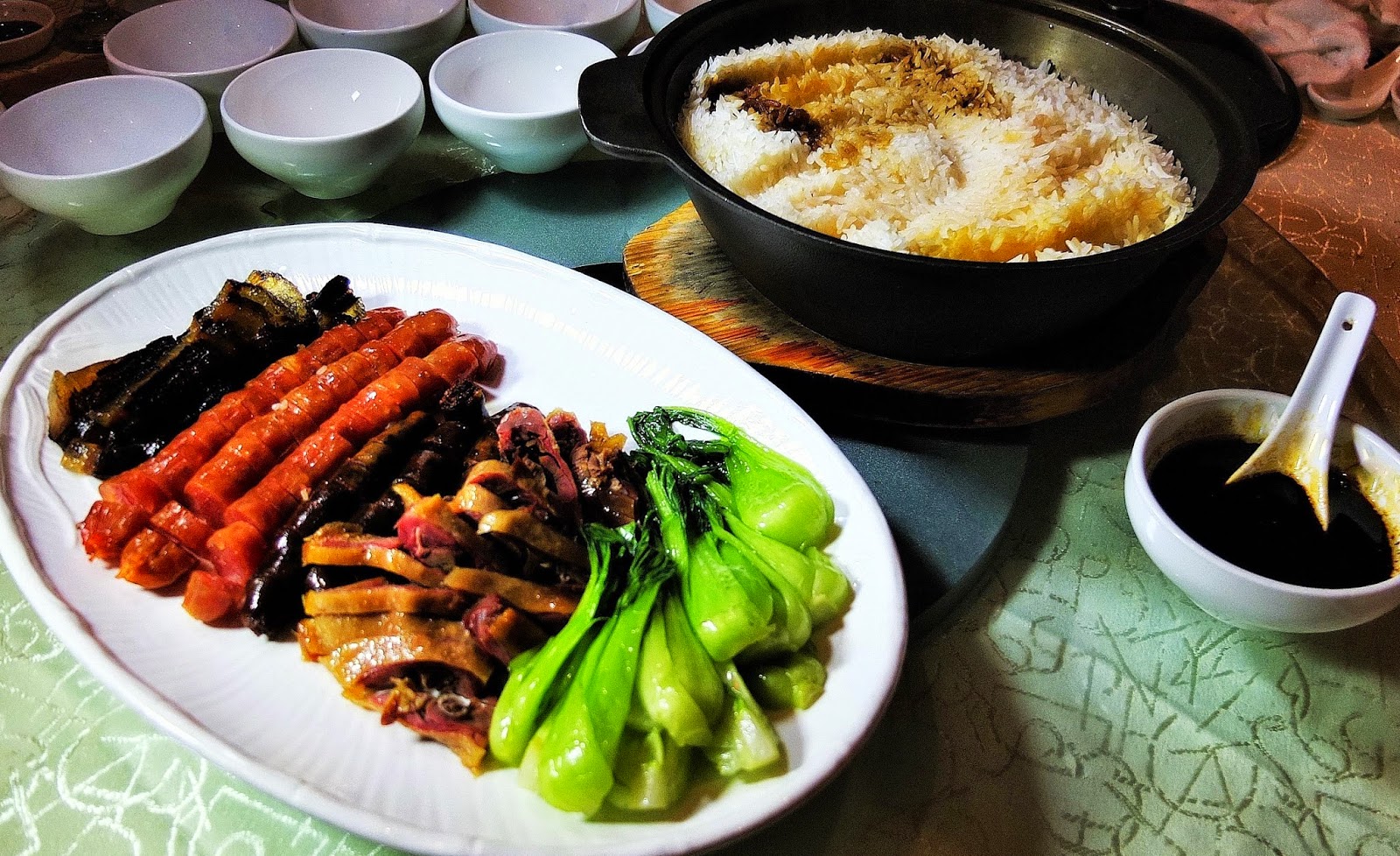 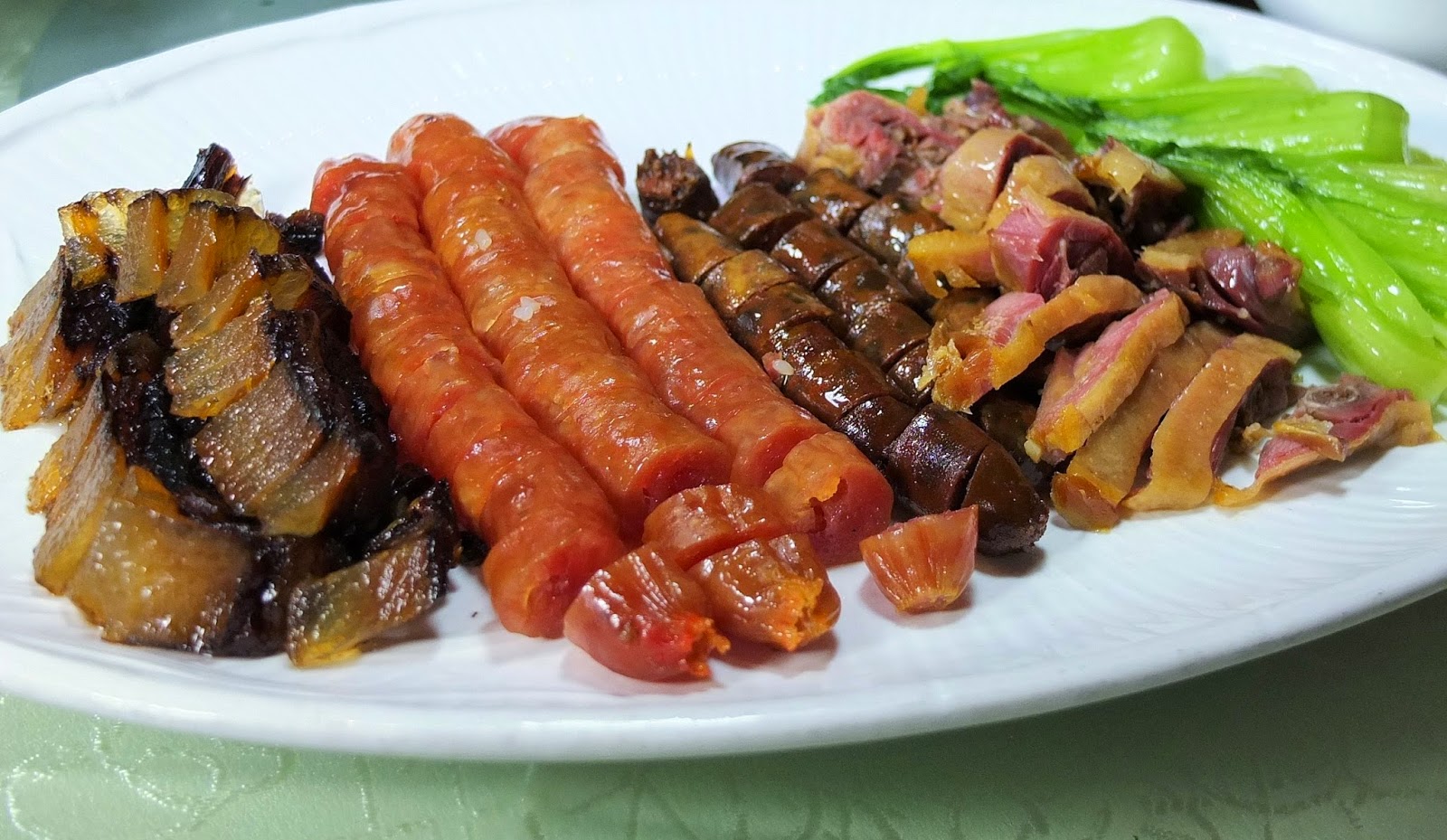 Although the festive favourite of Claypot Rice with Waxed Sausages & Meat lacked the expectant ‘smoky’ overtone, everything was still polished off with much gusto. 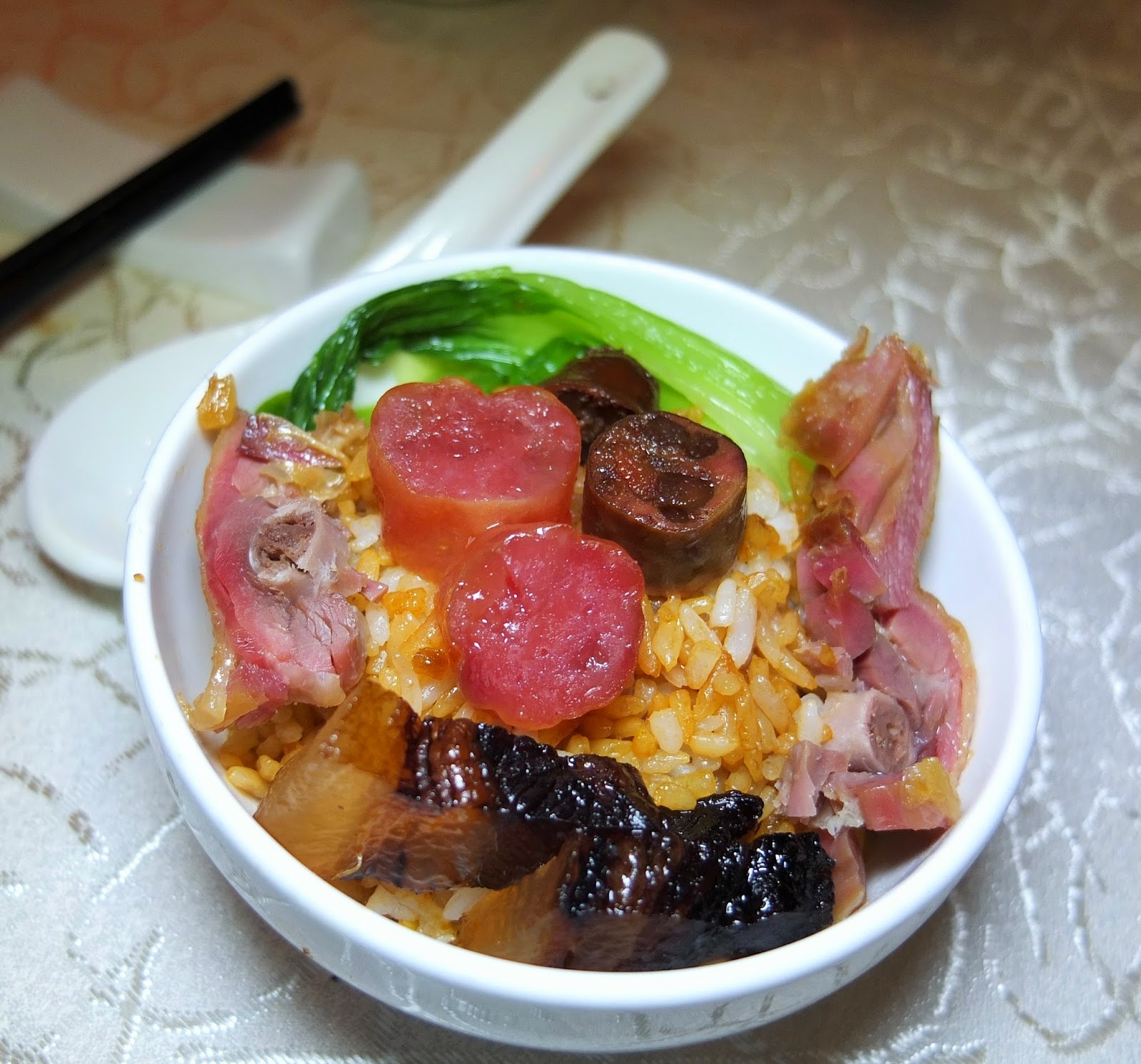 Happily, the dessert duet of Steamed Nian Gao and Sweet Potato Pastries more than made up for that minor hiccup. The intermingling textures and mildly sweet taste got thumbs up all round, washed down with a bowl of Chilled Mango Puree with Sago & Pomelo. 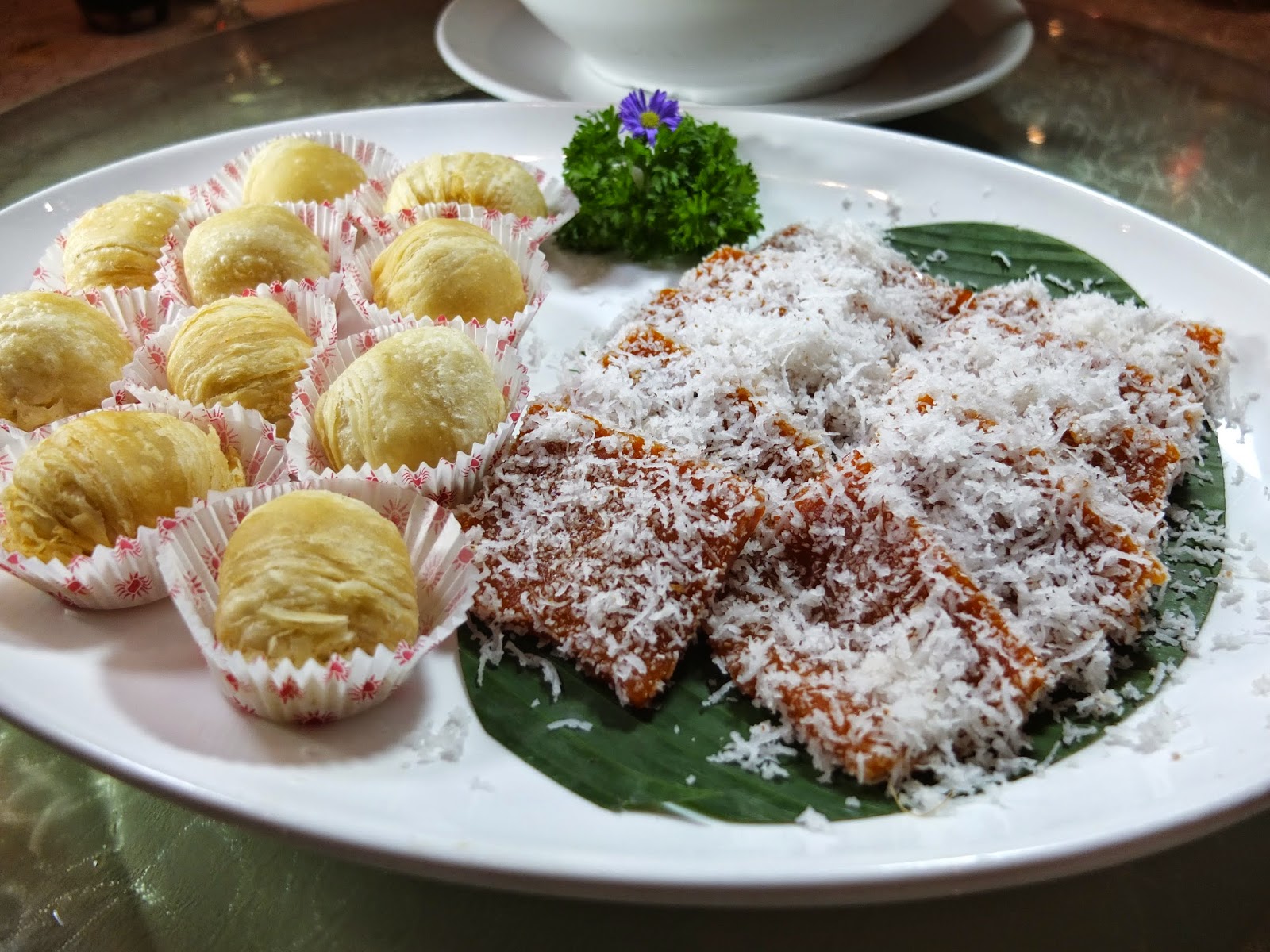 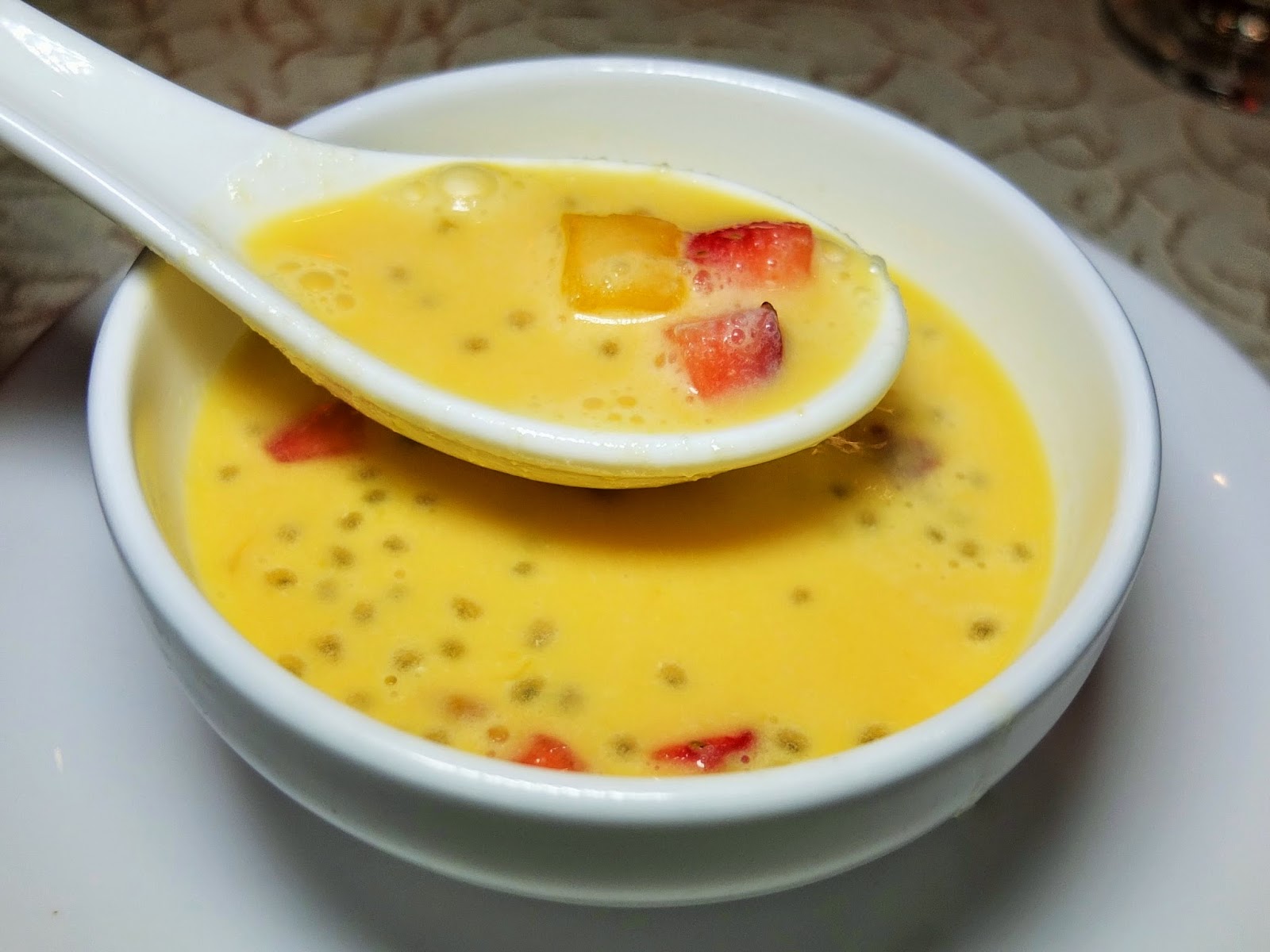 Priced at RM1888 nett, the special GUINNESS® New Year banquet menu is available from January 13 until March 5 inclusive of two quarts of GUINNESS® stout and two sets of GUINNESS® ang pows. Full details of the exclusive menu can be found at: www.facebook.com/guinnessmalaysia 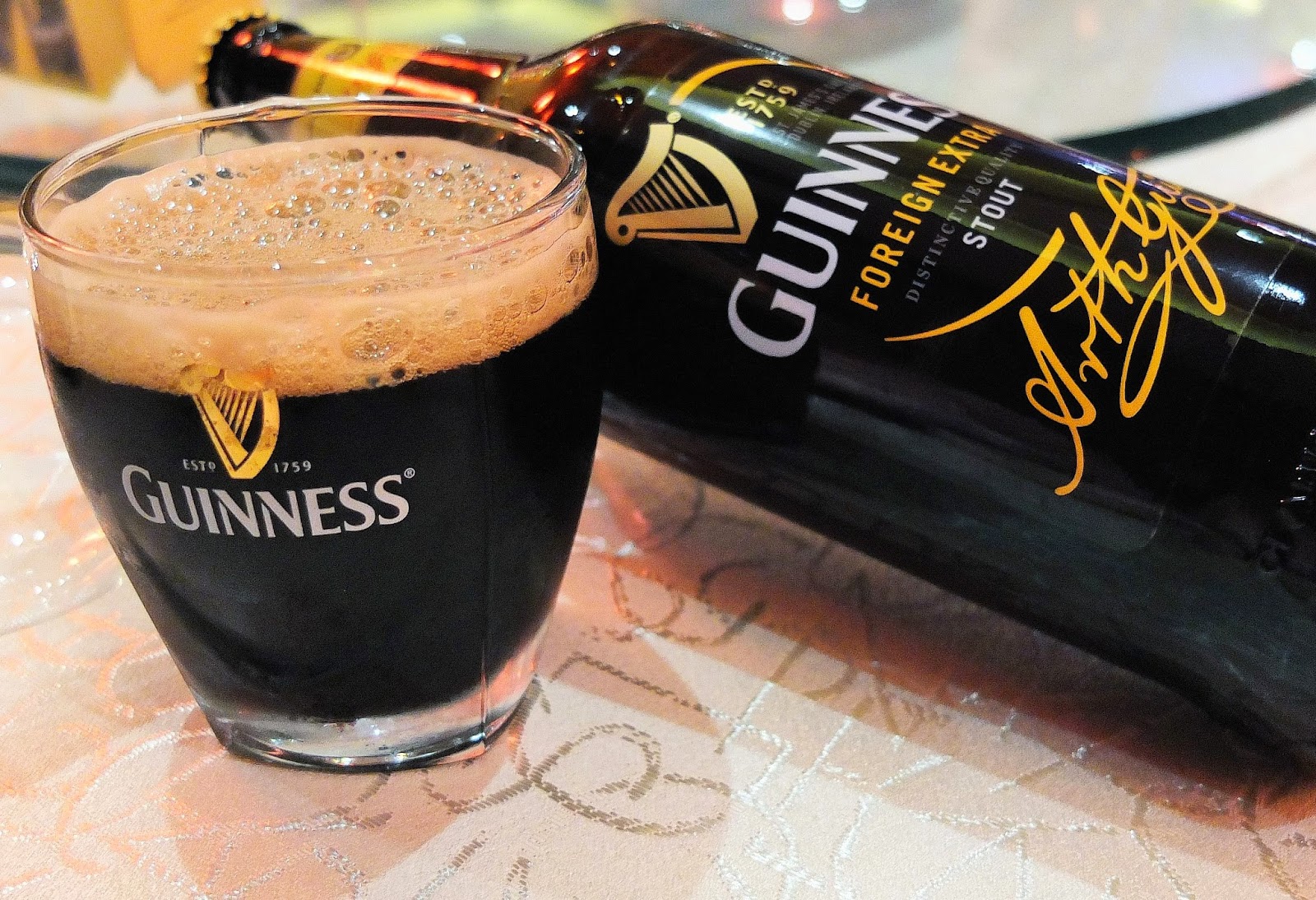 Between 5 January 2015 and 28 February 2015, consumers throughout Malaysia may win one of the 100 pure gold bars with any purchase of a big bottle of Guinness, Tiger, Heineken or Anchor. All they have to do is look out for the winning bottle cap liners and answer a few questions correctly to stand a chance to win one of 100 bars of pure gold worth up to RM1 million. Now that herald Bold Prosperity indeed for the lucky winners.