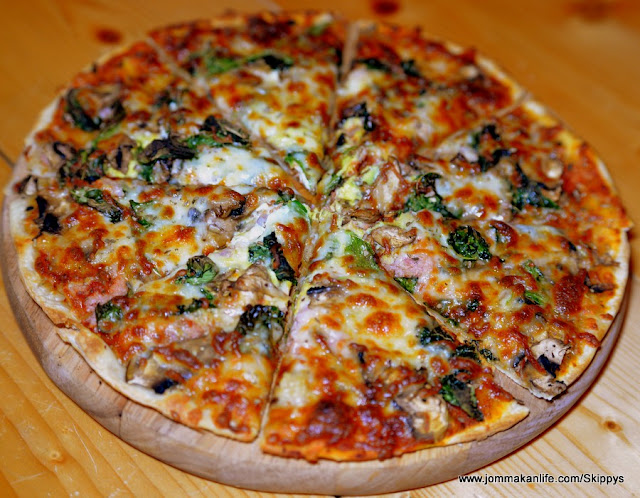 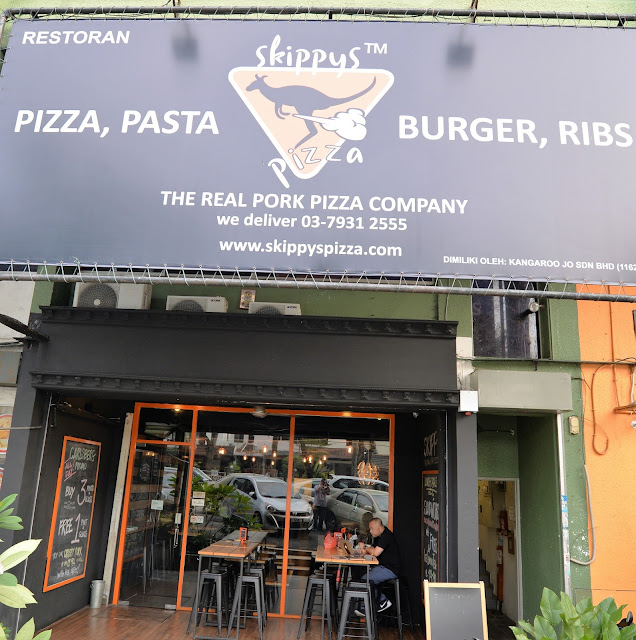 The owners of Skippys are seriously big on (mostly) pork-laden pizzas. With 18 meaty, 7 vegetarian and 4 seafood versions on the menu, die-hard pizza fans will be completely spoiled for choice at this casual eatery. 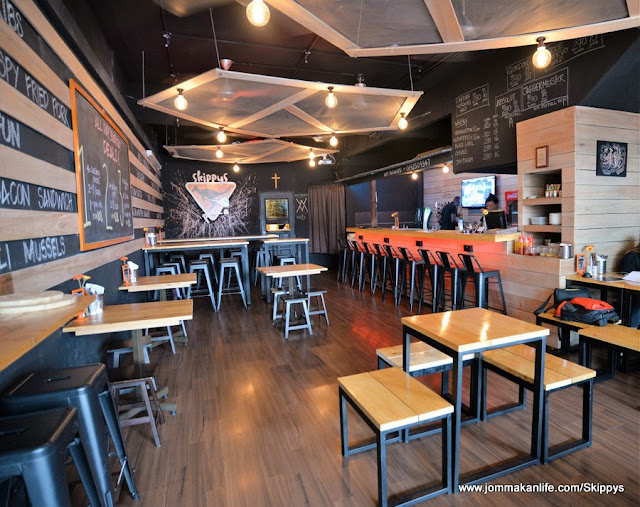 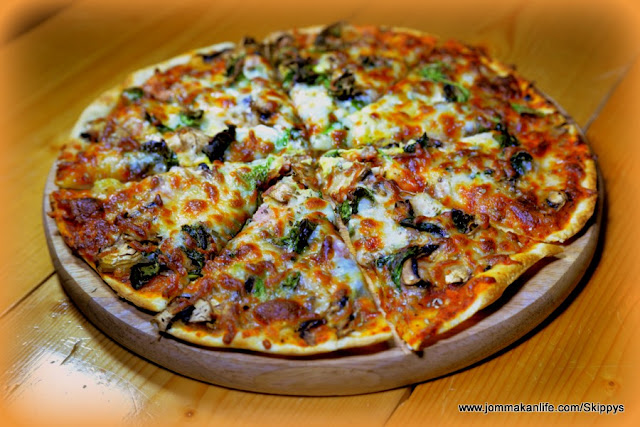 From the extensive menu, one of the most popular pizzas is Marc's Special (RM26 – 9”/RM32 – 12”). The crust, while crisp-crunchy, isn’t paper thin; its sturdy base doubling as a delicious canvas for toppings of ham (the porky type), mushroom, garlic, egg and baby spinach. Nobody will complain about the generous amount of melty, stringy cheese atop this pizza either. 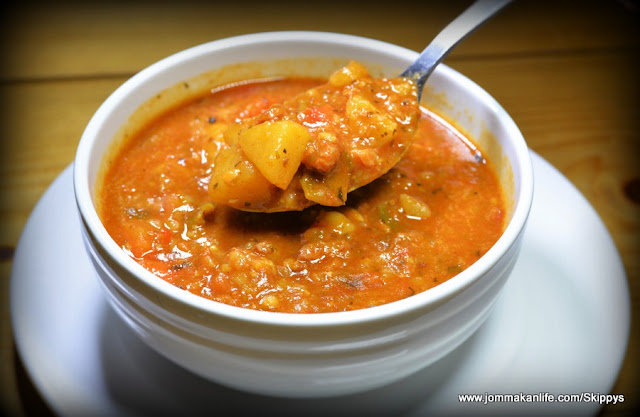 It is astonishing how the simplest dish often turns out to be a winner and here, the hearty Goulash (RM12) is the ace of taste. Chunks of pork add textural interest and sweetness alongside diced root vegetable in the chunky tomato-based stew. 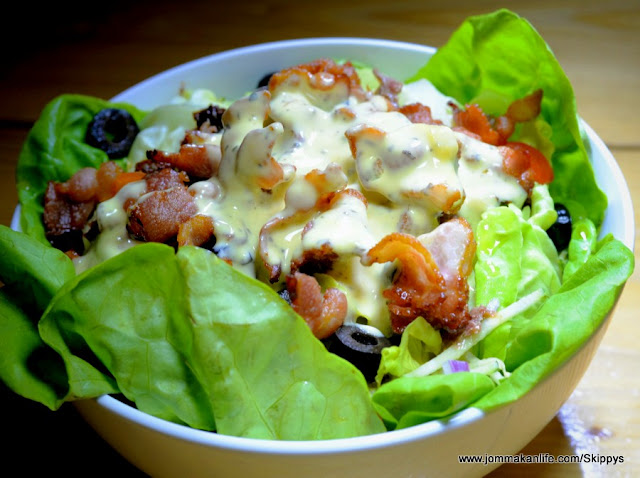 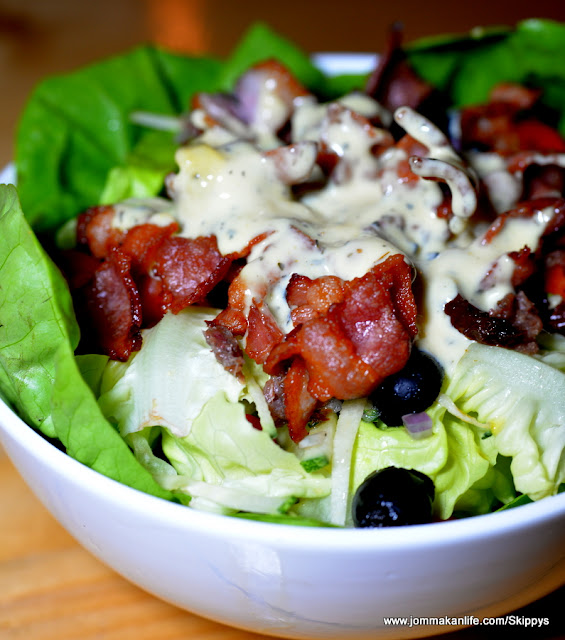 A surefire way to make us eat more greens is feed us Skippys’ Salad with Sundried Tomatoes, Olives, Anchovies & Bacon (RM19.50). Nothing makes lettuce leaves go down easier than chopped streaky bacon and sundried tomatoes smeared with lush creamy dressing. Detractors may eschew the presence of briny anchovies and olives but their assertive nuances play a definitive role here so sample this with an open mind and palate. 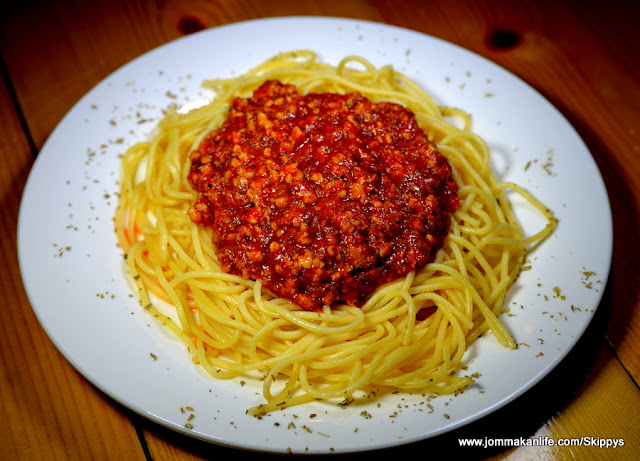 The Spaghetti Bolognaise (RM16.90) can do no wrong either thanks to the big blob of yummy meat sauce scented with the distinct aroma of dried Italian herbs. We simply can’t get enough of it! 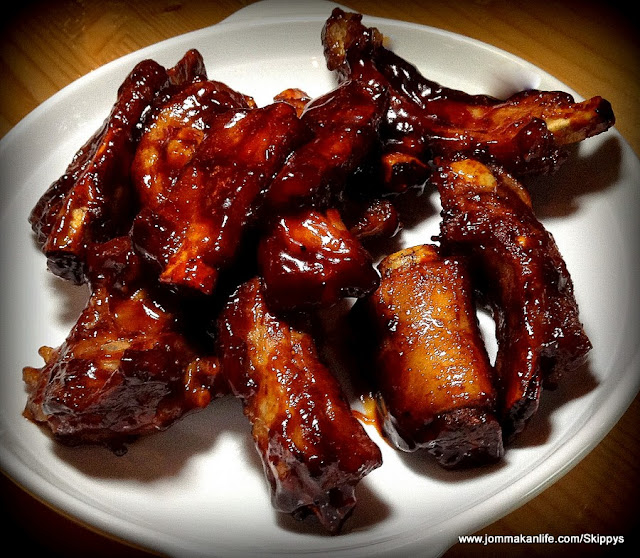 Much promise is sought in the signature Pork Ribs in 7 Sauces (RM25 for 10 pcs) but alas, the meaty tenderness is overshadowed by the rather salty marinade. Still, that is but a tiny blip in the scheme of things. 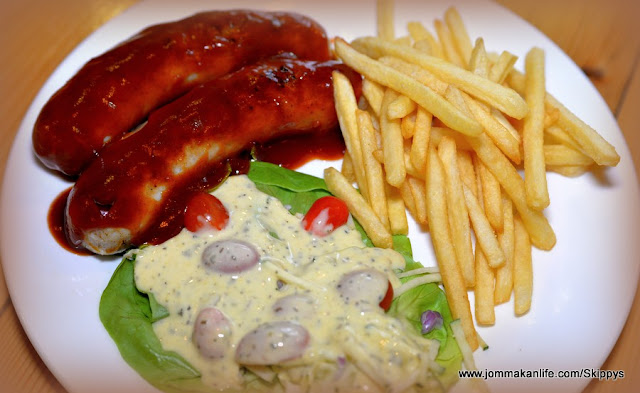 Another familiar comfort food that should appeal to the young and young-at-heart is delectable German Sausages with Salad & Fries (RM23). Drenched in barbecue sauce, the plump pork sausages hit the spot with its rustic, homey appeal. 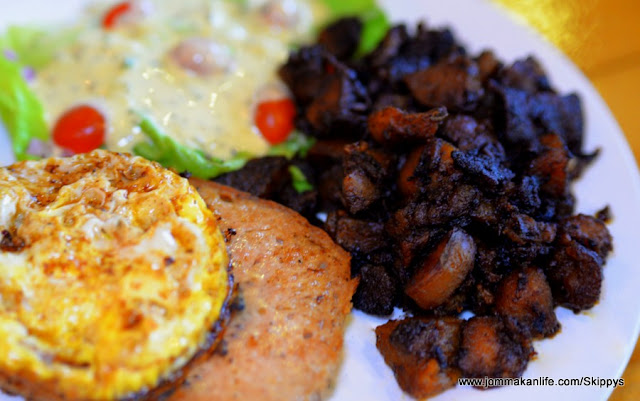 I thought only us Chinese eat luncheon meat but it seems Meatloaf with Fried Potato & Salad (RM25) is the Western equivalent. While I'm not hot about the meatloaf accompanied by a fried egg and some blackened potato with bacon on the side, that diced potato and bacon cast is good enough to steal the thunder off the main lead. 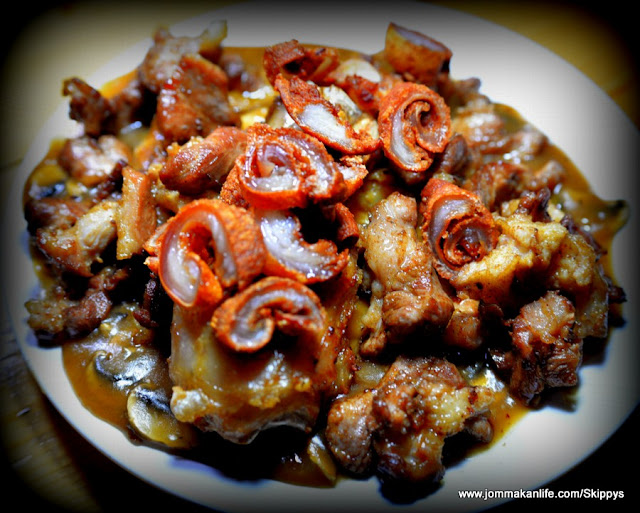 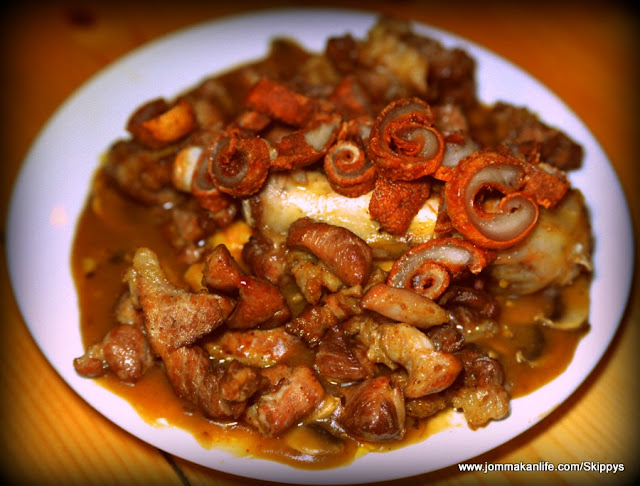 Those curly pork crackling atop the sizeable Pork Knuckle (RM70) look irresistible but upon tasting it, the salted crispy skin proves hard work for the jaws. Some parts of the knuckle meat appears a tad gristly too unless you are partial to chewy stuff. The hefty portion is served with lashings of mushroom brown sauce and bacon studded potato mash. 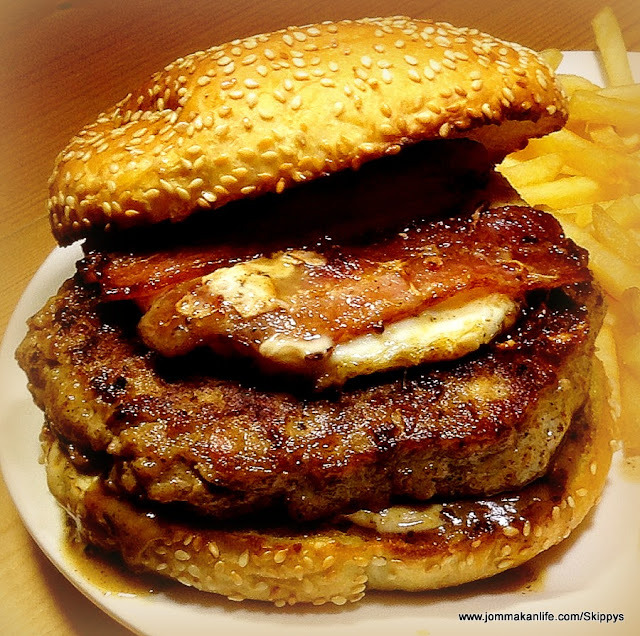 Prefer to get back to basics? Then plump for Skippy’s Glutton Pork Burger (RM24.50) - a huge porky patty lined with fried bacon strips and egg sitting on a sesame seed flecked bun. My only quibble is its B (bacon & burger) but no LC (lettuce or tomato) approach but I guess meat lovers won't care two hoots. 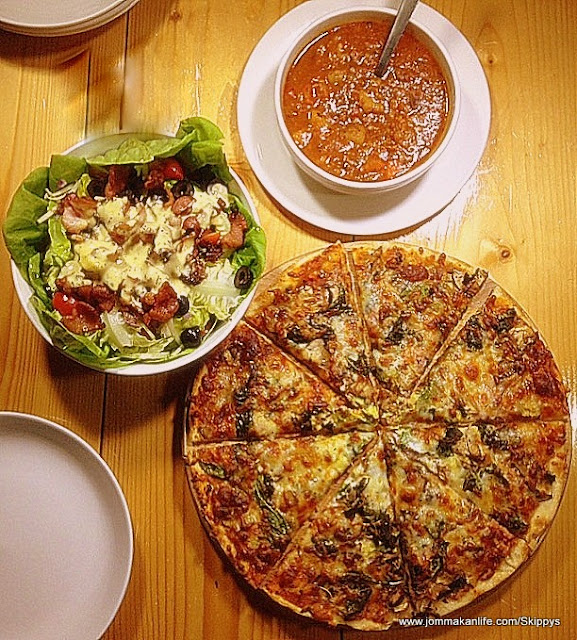 For reservations, call Skippys Pizza, tel: 03-7931 2555. The outlets are located at 33, Jalan SS21/56B, Damansara Uptown and and Phileo Damansara. Details from http://skippyspizza.com/