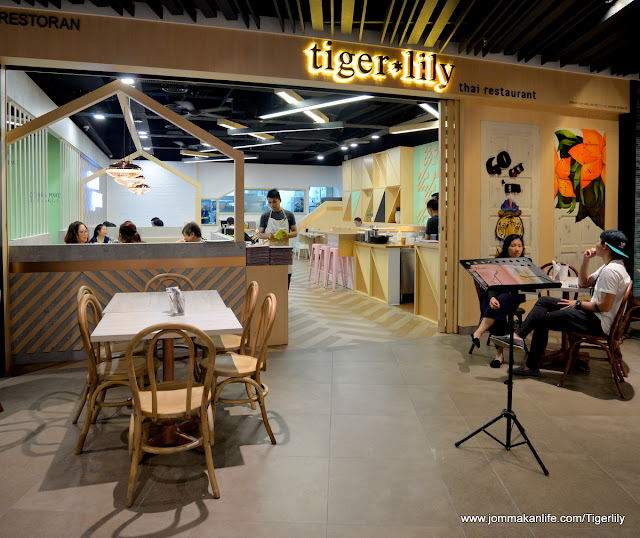 A wallet-friendly Thai restaurant? Sounds unbelievable in today's F&B scene especially in KL when soaring prices are the norm rather than the exception. Yet the office crowd who work around Pusat Bandar Damansara and the surrounding areas find Tigerlily Thai Restaurant a boon for brekkie, lunch and early dinner thanks to the resto's reasonably priced fare. 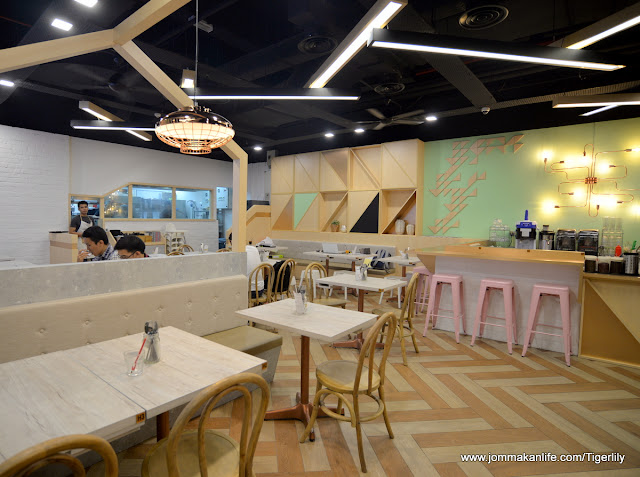 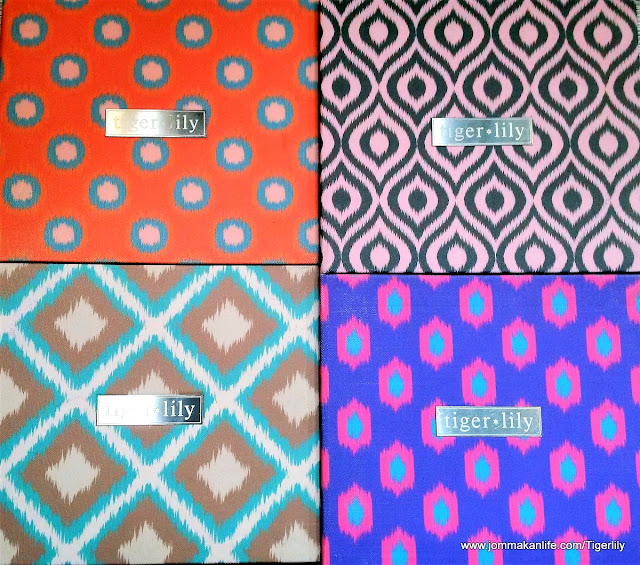 Opened in November last year, the menu runs the gamut between one-dish meals to a selection of familiar Thai dishes that appeal to most Malaysians without making a clean sweep of their wallets. 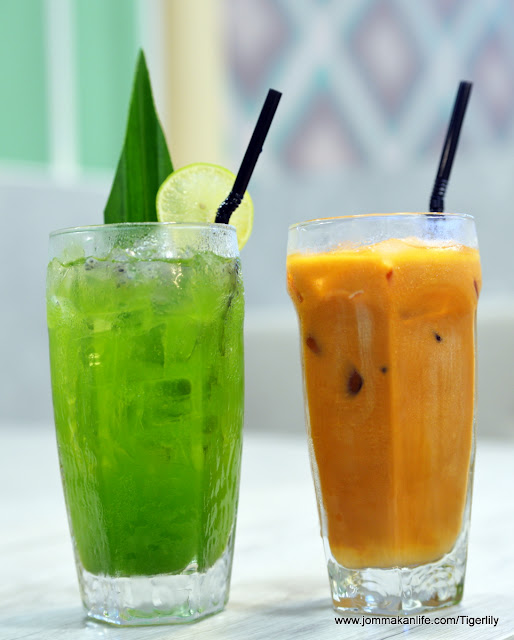 We started on a roll with pleasingly cool thirst-quenchers: Pandan Kasturi (RM7.90) and Thai Iced Tea with Gula Melaka (RM6.90). The sweetness level was on the mark - just to my taste instead of being shudderingly cloying. 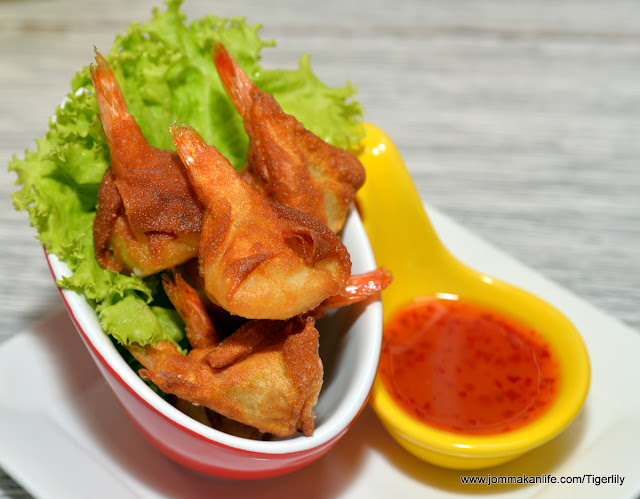 Appetite-whetting Firecracker Prawns (RM6.90) satisfied our peckish craving as we perused the menu, trying to decide our choice of dishes. Dipped into the house chilli sauce, these deep-fried prawns wrapped in wonton skin did a great job of staving off early hunger pangs. 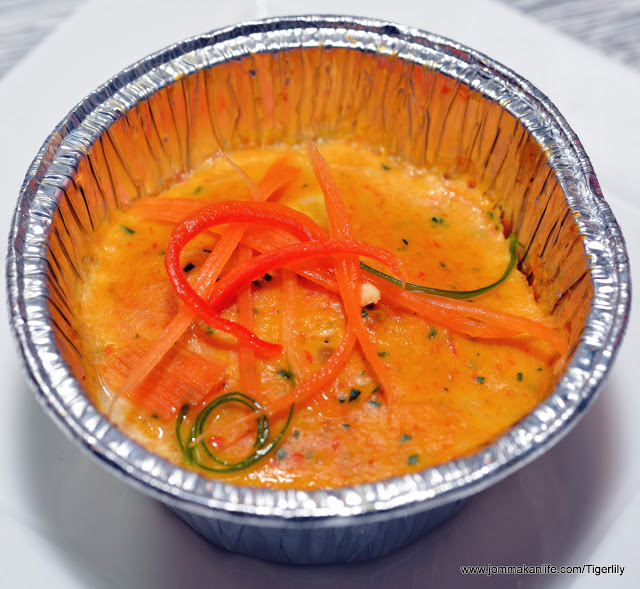 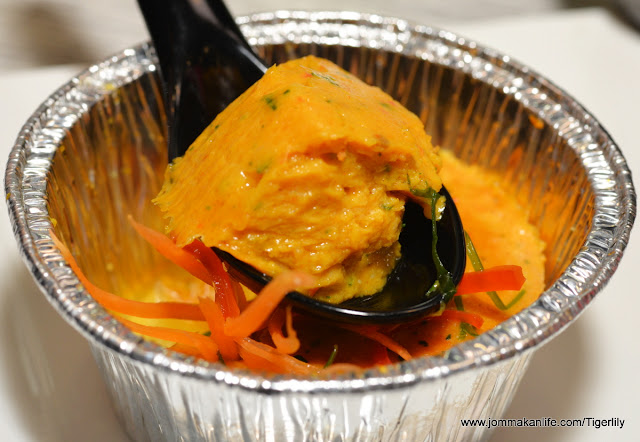 The speciality of Steamed Otak-otak (RM5.90 each) was rather muted in the spice department although the texture was acceptable. A decent tummy-filler, we felt the offering would have made a better impression if it was steamed in banana leaf casing and topped with a dollop of rich coconut cream like those in Thailand. 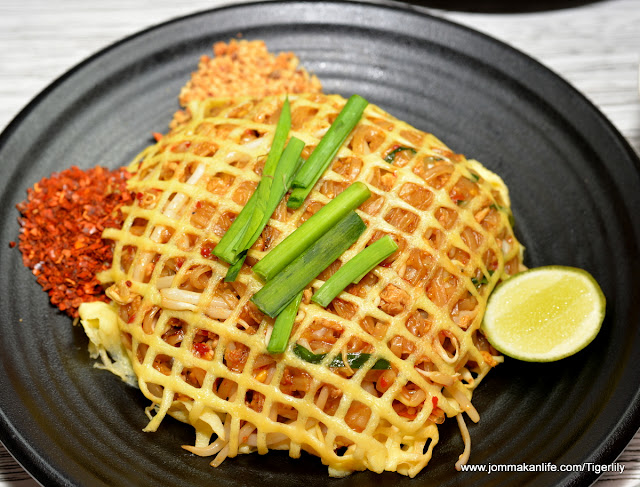 Now if you're in a hurry with limited time for lunch, a hearty dish of Pad Thai (RM9.90) is just the thing to fill you up in a jiffy. The noodles came nicely presented to please the eye and tummy at one go. Other quickie, crowd-pleasing options include Pineapple Fried Rice (RM15.90), Red Curry Chicken in Claypot served with Rice (RM11.90) and Satay Chicken served with Rice, Fried Egg, Pineapple Salad & Crackers (RM9.90) among others. 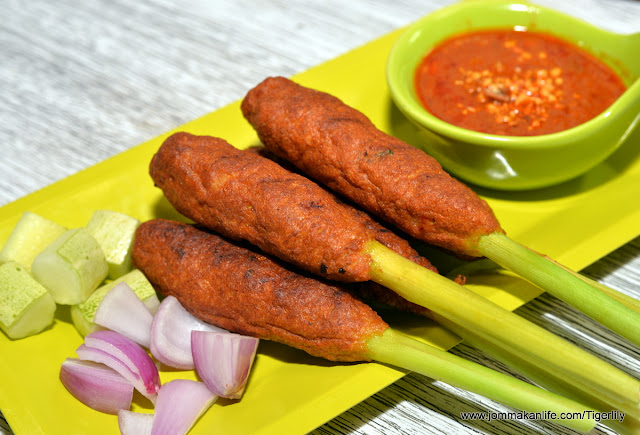 I love the fresh, green citrusy aroma of lemongrass and it was clearly discernible when we bit into the Lemongrass Chicken Satay (RM9.90/5 sticks). The fragrant stalks imbued the clumps of minced chicken spiked with spices and herbs with its enticing scent, making the satay so delicious eaten on their own or accompanied by the peanut dip. 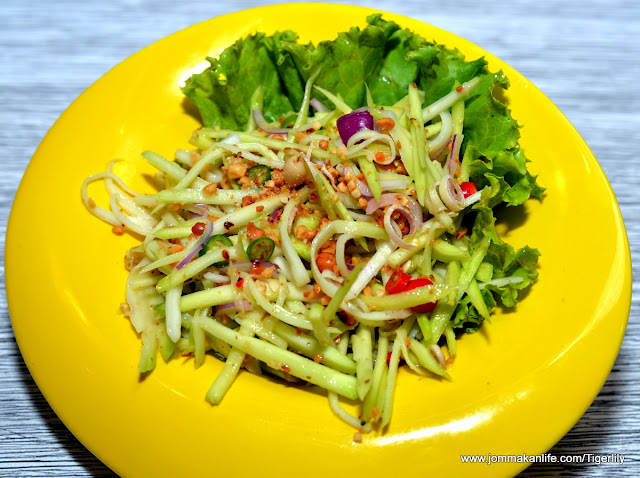 As a counterpoint to the meaty satay, the Mango Salad (RM7.90) was spot on. Look out for bits of lethal bird's eye chilli studded throughout the briny-tangy-hot shredded young mango along with crushed peanuts. A definitive salad to get the gastro juices flowing! 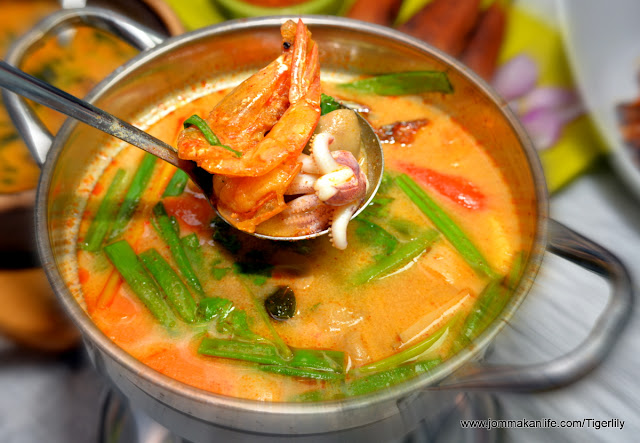 Of course, no Thai meal is complete without fiery Tom Yum (with a choice of seafood or prawns, RM26.90). This proved to be a hit with our dining party as the soup's feisty heat underscored by assertive sour-salty-spicy robustness left us hot under the collar. 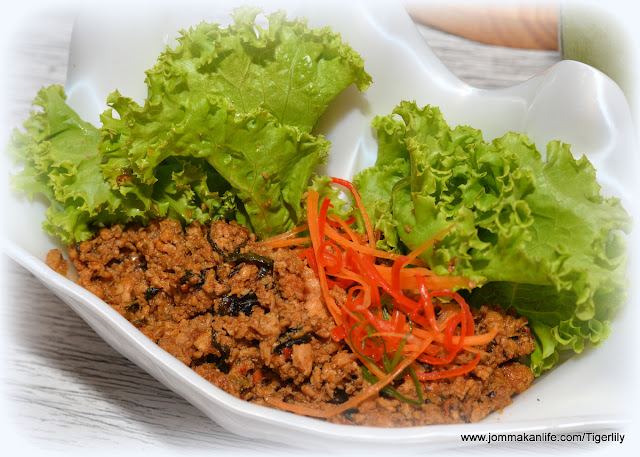 It is impossible to partake a Thai-style meal without rice. Especially when typical dishes like Thai Basil Minced Chicken (RM8.90), Green Curry Prawns (RM26.90) and Red Curry Chicken (RM15.90) beg to be eaten with it. 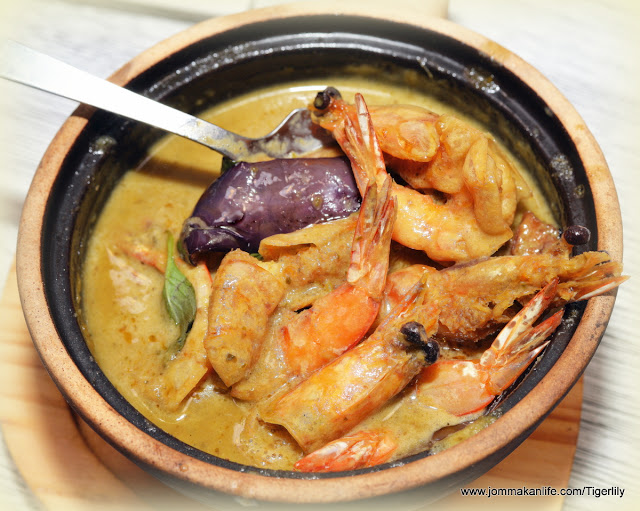 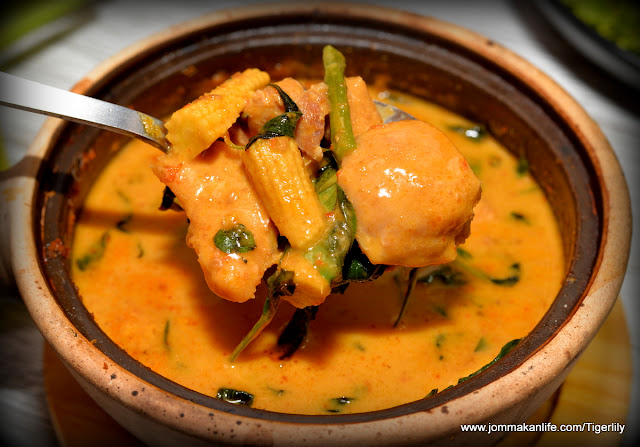 All the dishes passed muster and should give no cause for complaints. The portions were ample enough for our dining party of six. Also both curries were rich and creamy on the palate even though they lacked the tongue-searing hotness of tom yum. 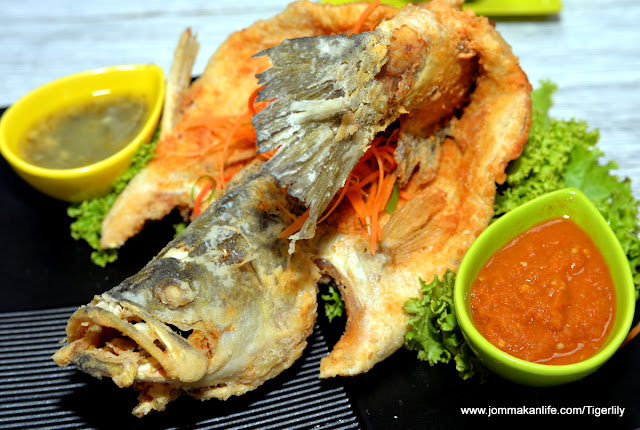 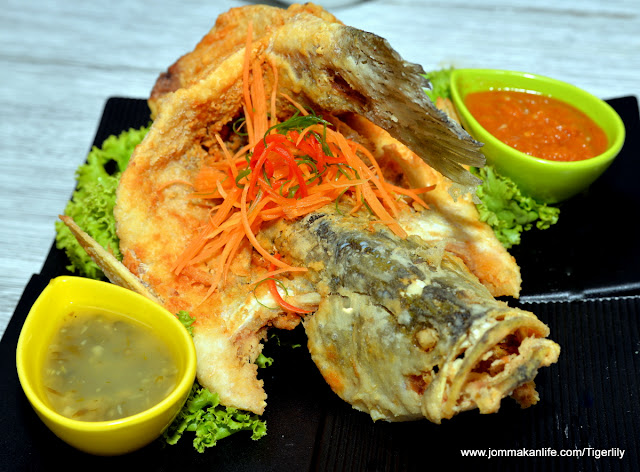 Tired of the ubiquitous steamed fish? Then we recommend you try the delectable Muay Thai Fried Fish (RM56.90). We thoroughly relished picking the bones clean from the sweet, fleshy and superbly crisp deep-fried seabass which was served with two complementing chilli sauces. 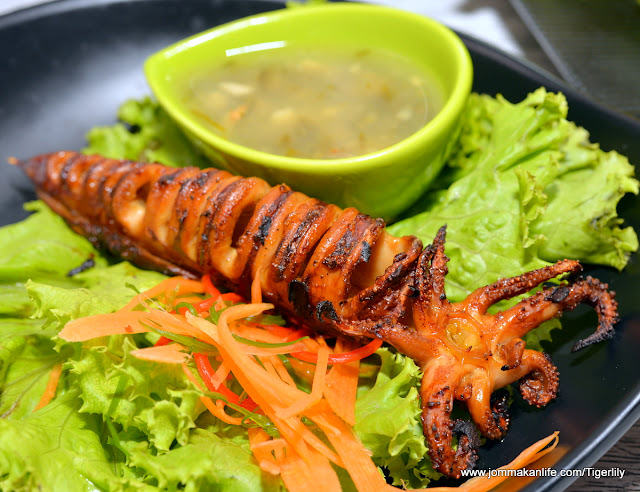 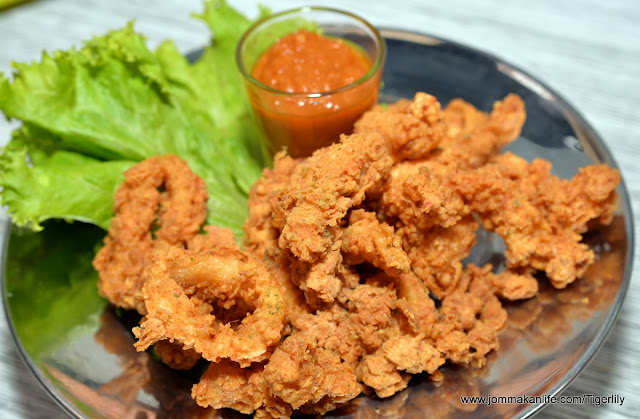 Similarly, we discovered the squid offerings here comprising Crispy Sotong (RM18.90) and BBQ Sotong (RM18.90) were notable too. The grilled version was pleasantly toothsome despite our apprehension as the squid looked suspiciously rubbery. It even eclipsed the rather ho-hum deep-fried version. 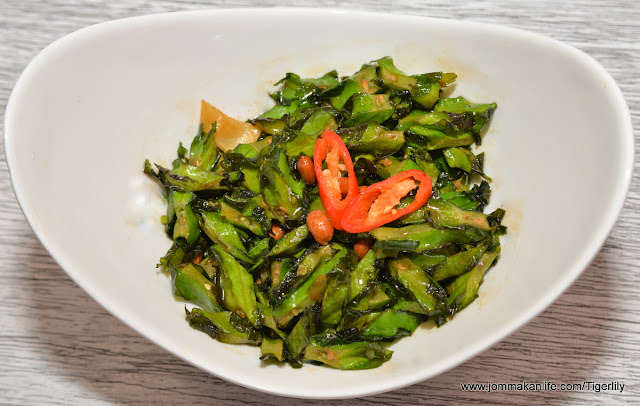 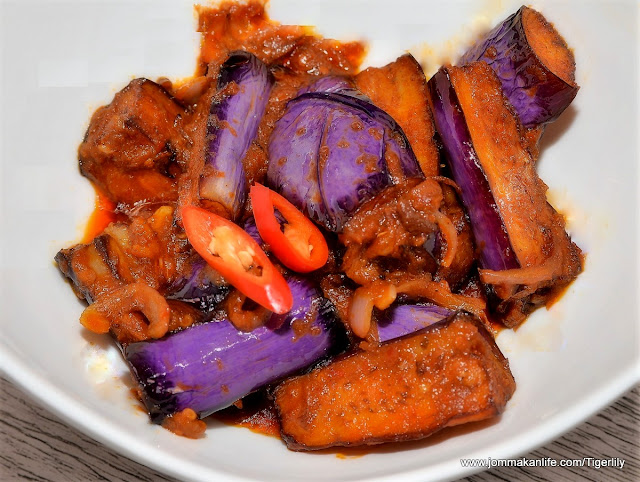 Luckily the veggie department made up for the hiccup with both Four Angle Beans with Peanuts (RM9.90) and Spicy Eggplant with Dried Shrimps (RM14.70) had us smitten at first bite. The former was not something you'd find in local Thai restos so it's worth sampling. 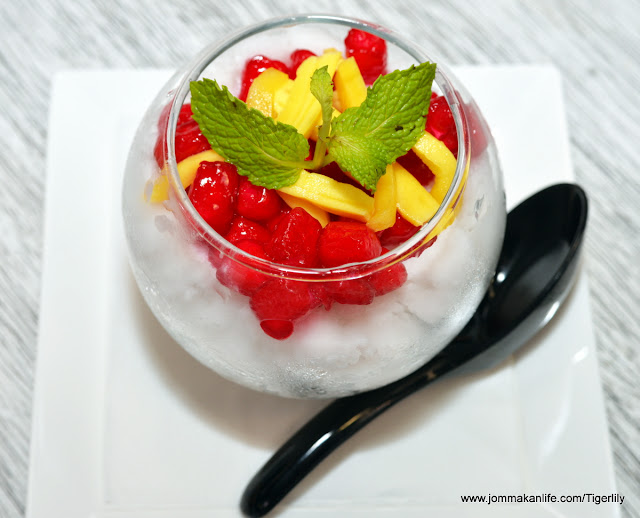 No surprises in the dessert section. Among the few choices available, we voted Tub Tim Crob (Red Ruby, RM7) as the most bankable with strips of jackfruit adding to its evergreen appeal. 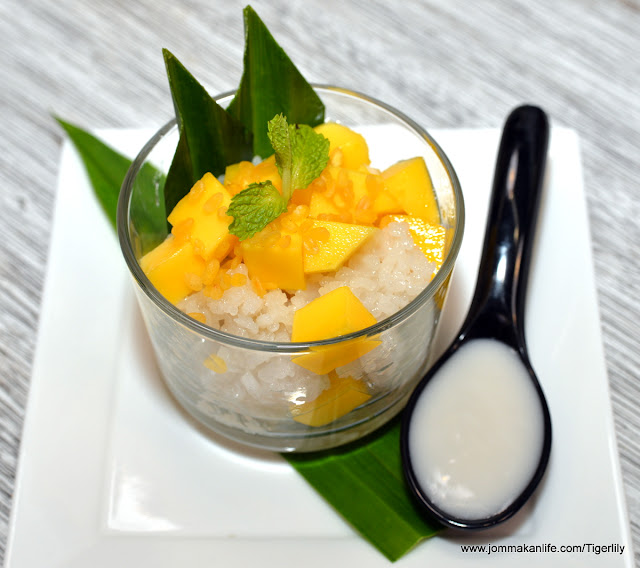 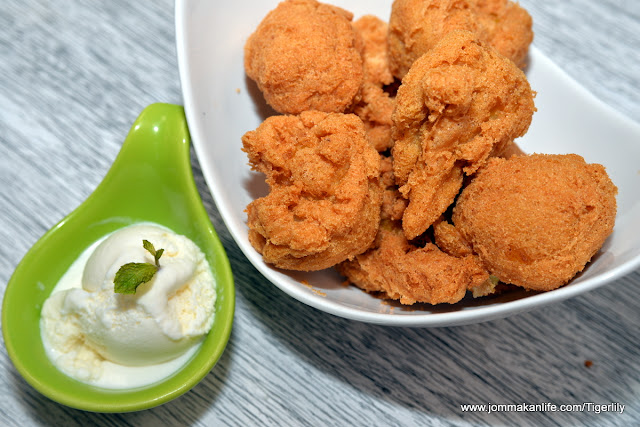 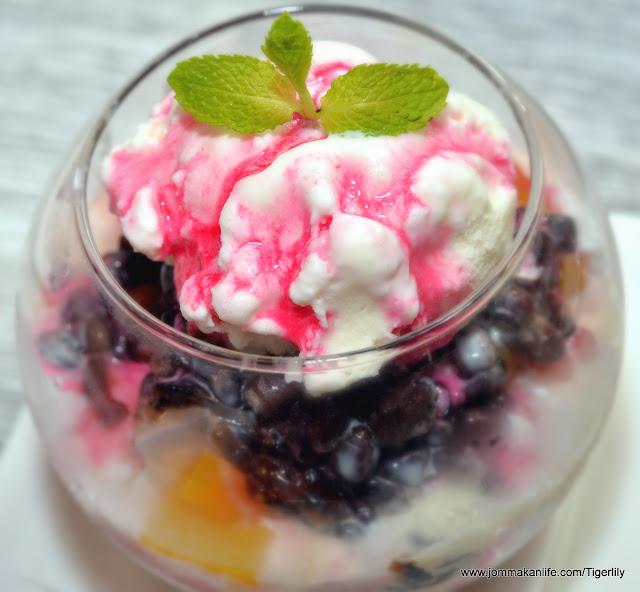 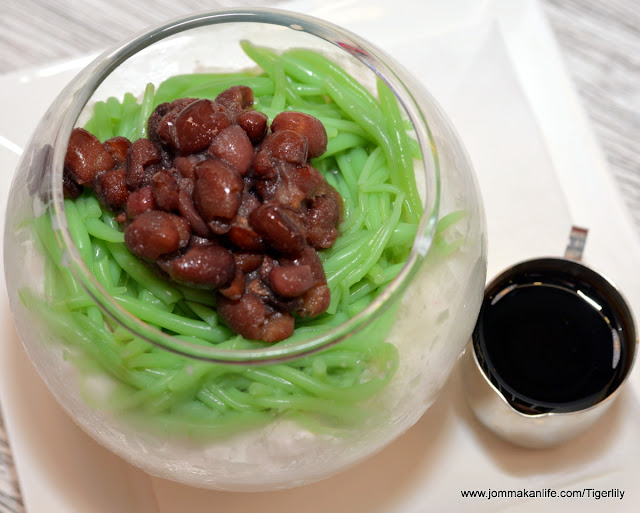 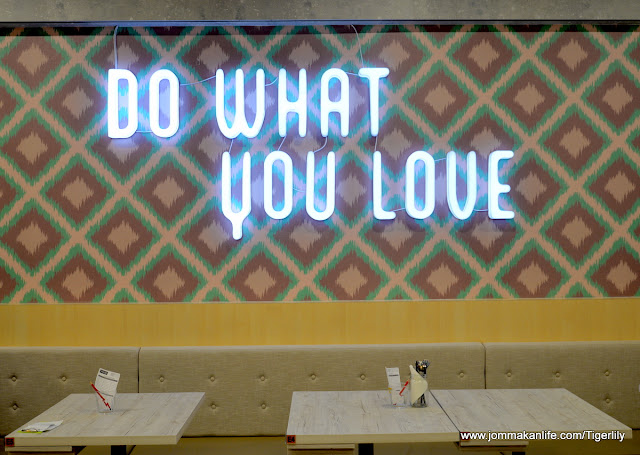