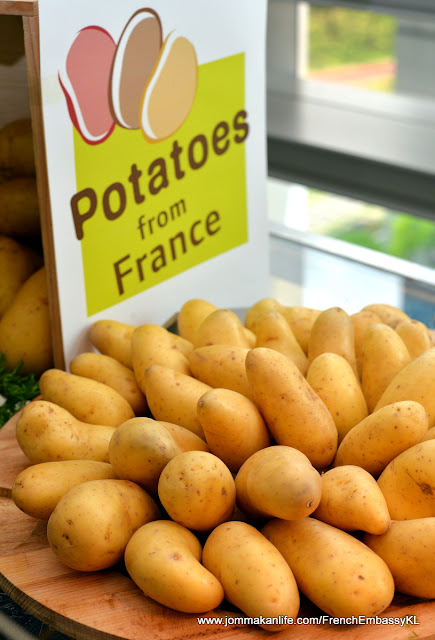 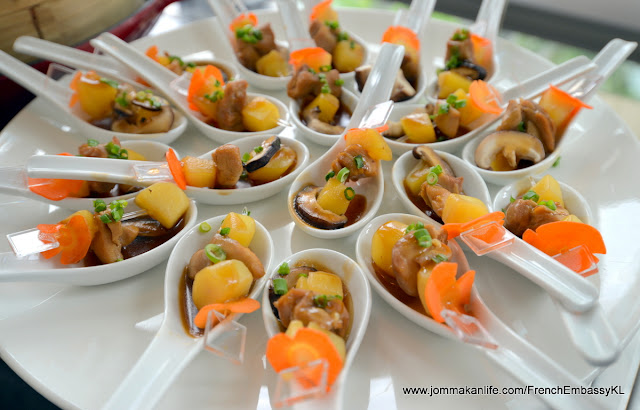 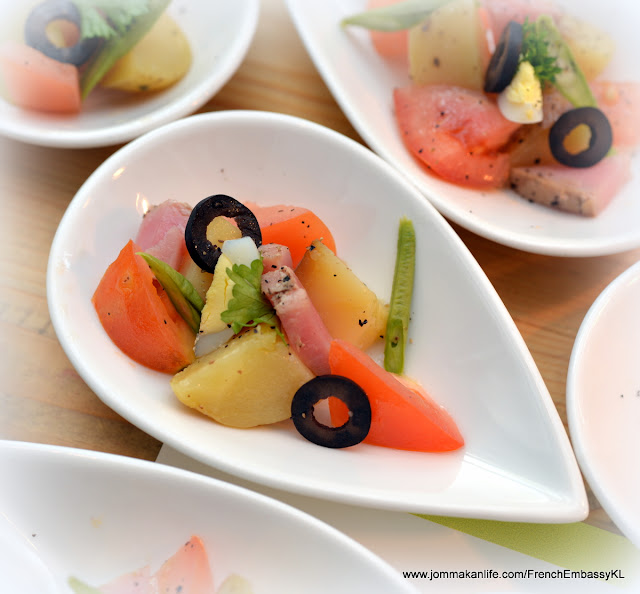 Over 250 varieties of potatoes are grown in France. Last week, The French Embassy in Malaysia hosted a trade delegation on a mission to tap the potential of the Malaysian market for French potatoes. 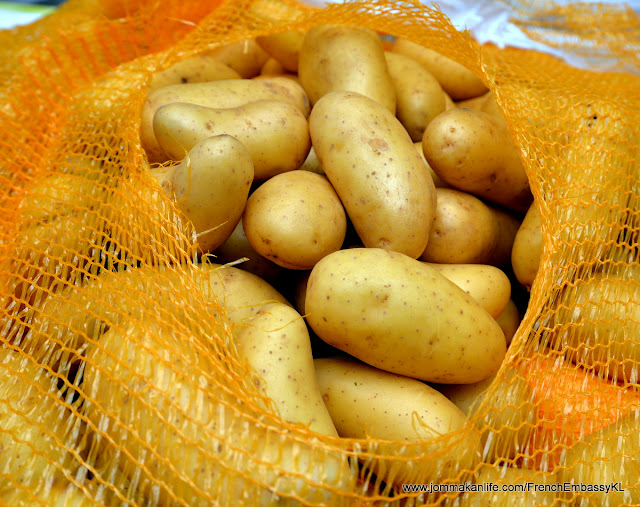 Avid interest in cooking shows and the rise of more discerning home cooks have spurred greater interest in quality ingredients, including the availability of waxy or floury potatoes for different recipes. France is hopeful its potatoes would appeal to consumers here especially those firm fleshed varieties suitable for South East Asian cooking. 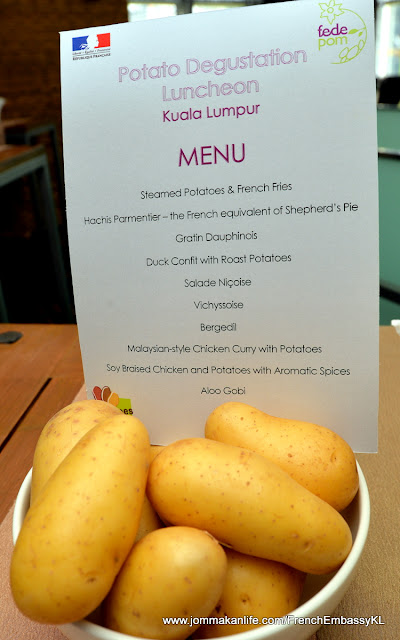 Since proof of the spuds’ worth lies in the eating, The French Embassy hosted a Potato Degustation Luncheon at Gobo Upstairs, Traders Hotel KL for local stakeholders, trade buyers and media. 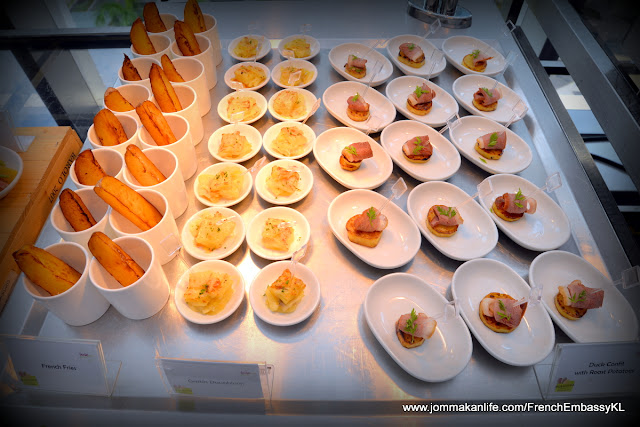 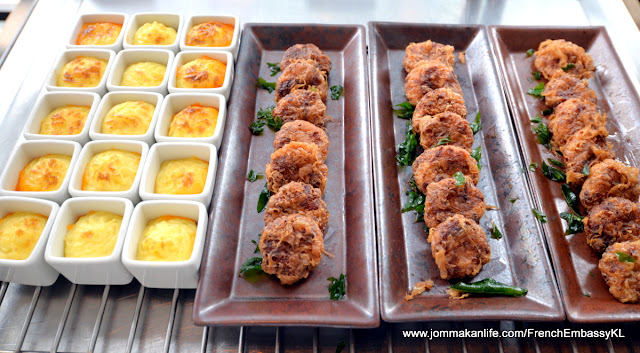 A mini buffet of 10 different potato dishes were prepared by the Traders Hotel KL team for the special showcase to highlight the versatility of French potatoes. 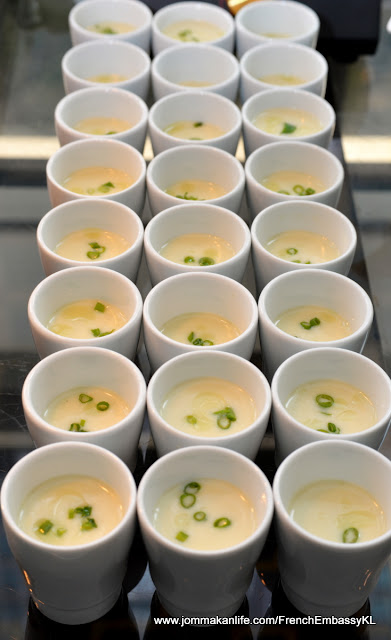 Dulcet smooth Vichyssoise served in dainty shot glasses, a thick broth made from puréed French potatoes with cream, chicken stock and herbs was the smooth opener. 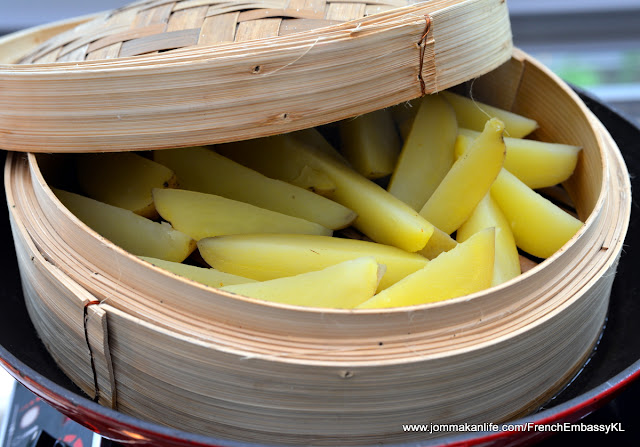 Despite its plain appearance, the basic Steamed Potatoes proved a big hit as we could fully appreciate the spud’s au naturel sweetness and firm yet slightly fluffy texture. The potato wedges also stood up well to deep-frying. 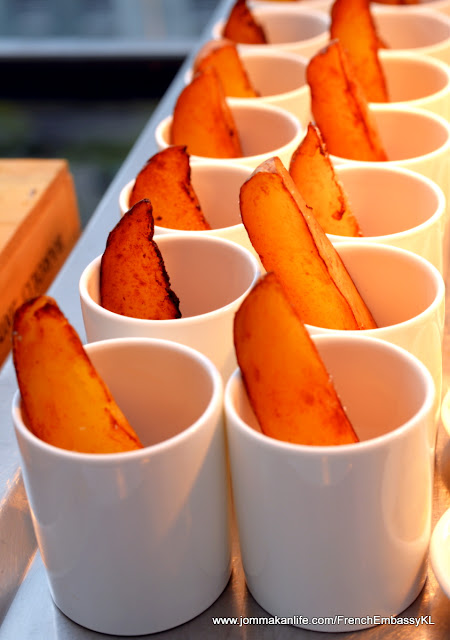 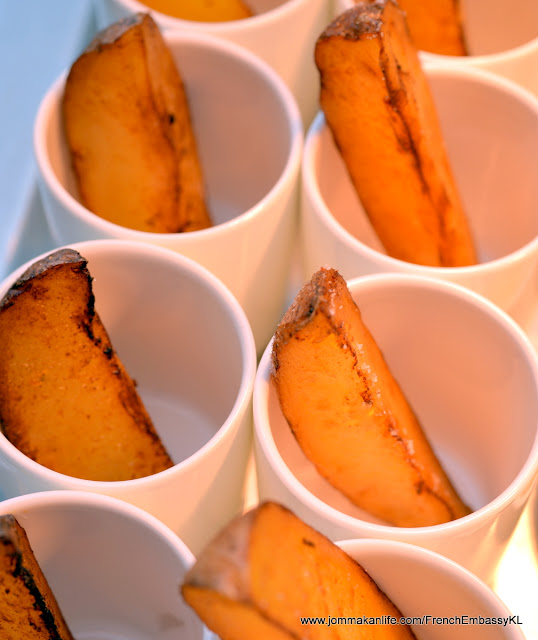 Equally popular was Aloo Gobi, diced French potatoes cooked in thick Indian curry with cauliflower and green peas. Many guests even returned for additional helpings including yours truly. 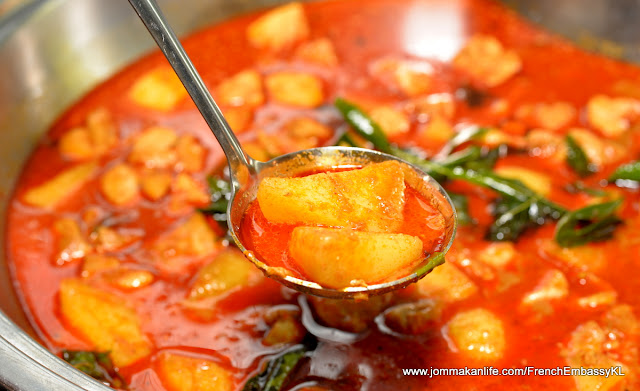 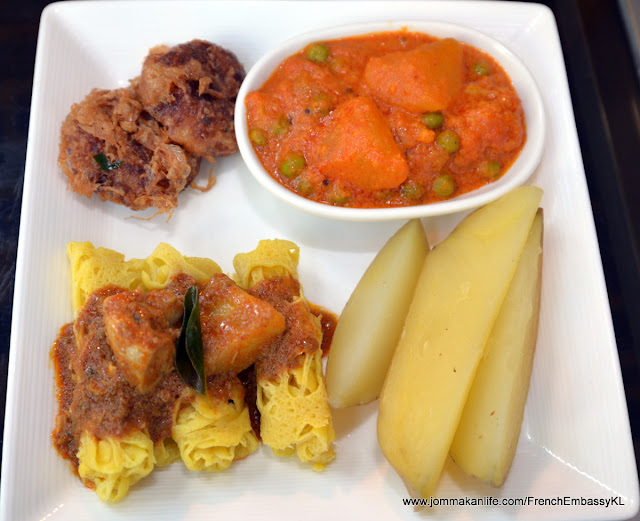 Personally, I love the Malaysian Chicken & Potato Curry complemented by lacy rolls of roti jala. Piquant with zingy spices and enriched with coconut milk, the potatoes and chicken were a match made in culinary heaven. 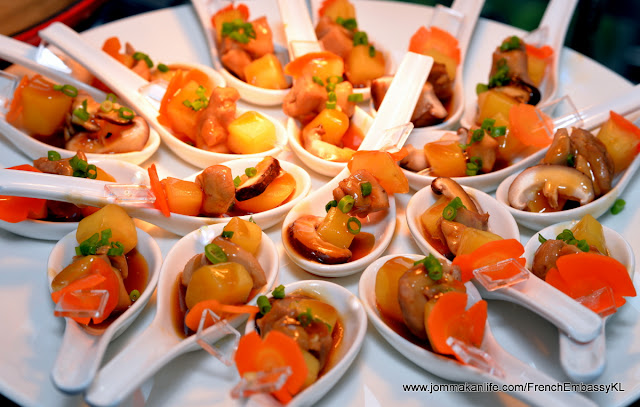 The hearty French potatoes served as the perfect canvas to amplify the aromatic spices used to cook the Chinese speciality of Soy Braised Chicken and Potatoes. 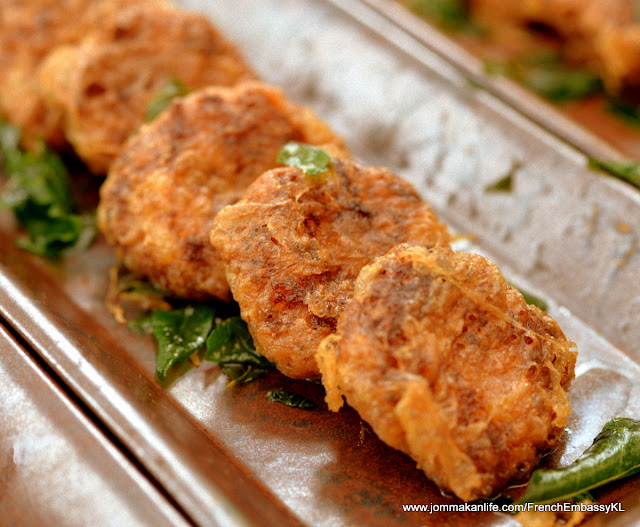 Their sturdiness means they could be mashed and made into Bergedil too. Lightly spiced, the deep-fried potato patties were addictive to nibble on. 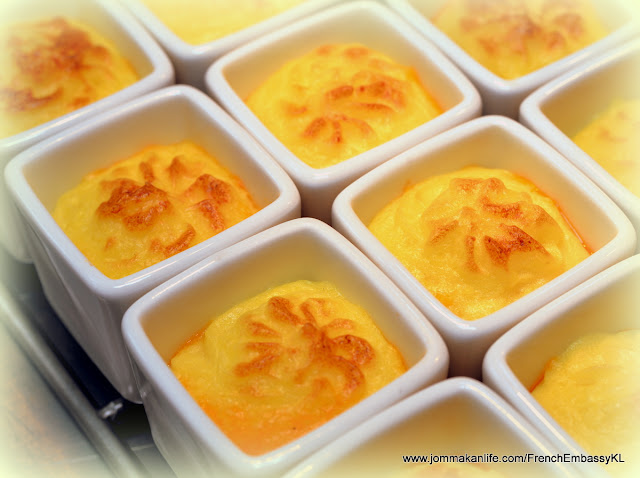 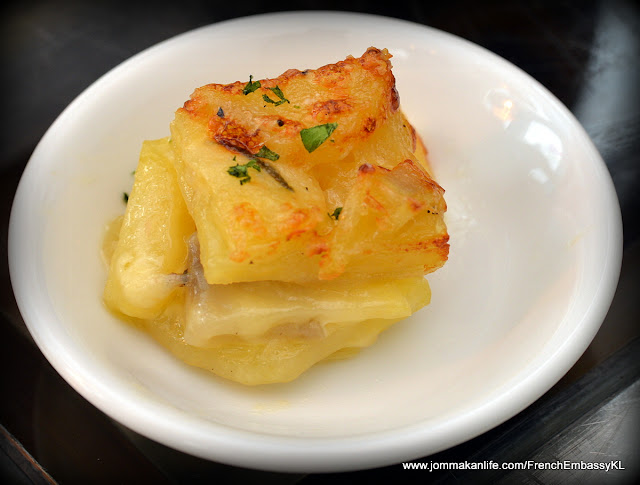 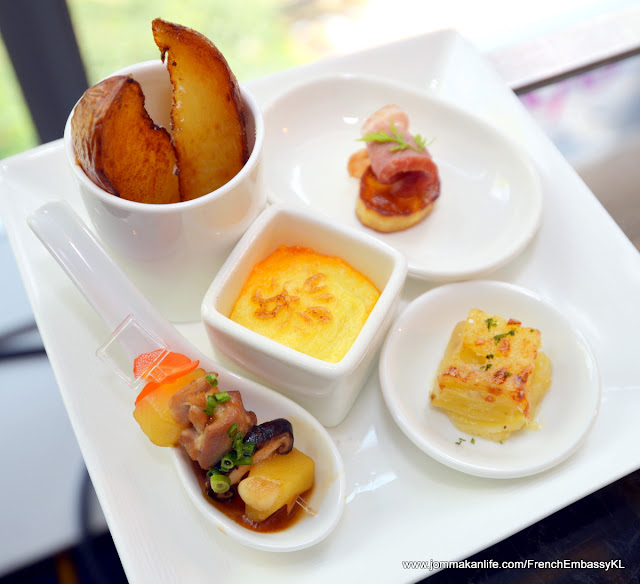 Sliced and layered with cream and cheese, Gratin Dauphinois was a splendid way to emphasise the excellent attributes and deliciousness of French potatoes. They can also be boiled and diced for Salad Niçoise or sliced and roasted for Canapé of Duck Confit. 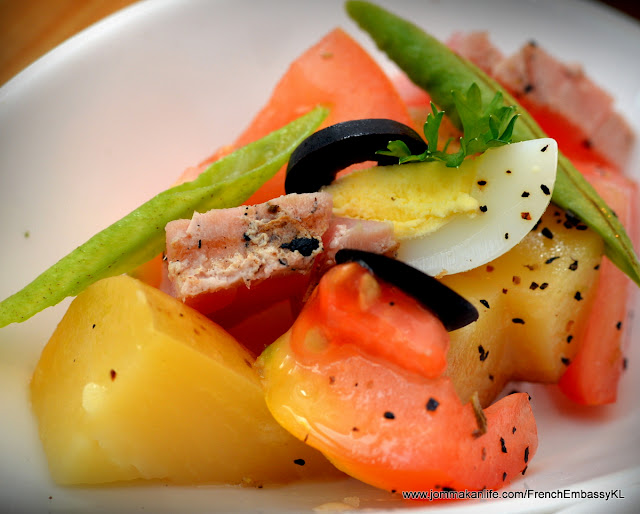 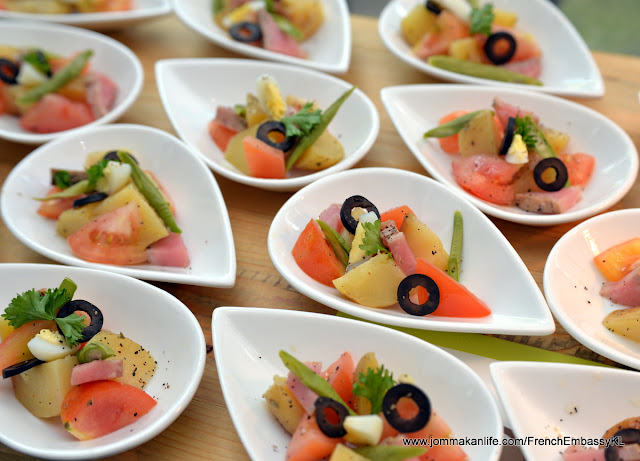 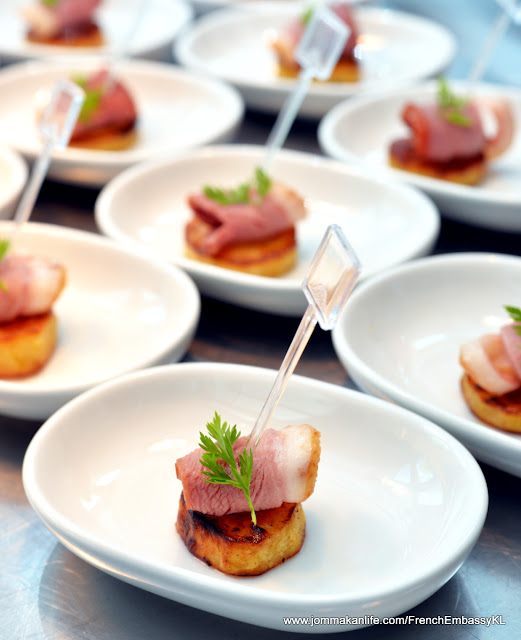