A TOSS UP FOR GOOD THINGS TO COME 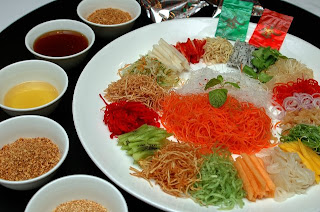 Get fresh - and enjoy a fruitful start to the Lunar New Year! 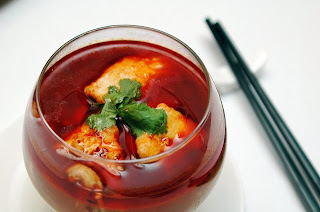 Imagine you're participating in Fear Factor... 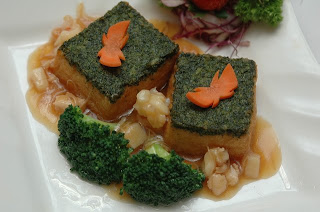 'Bean' there? Such luxurious smoothness on the palate 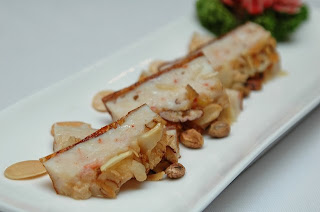 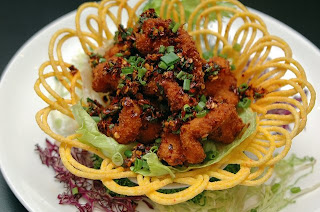 It is believed that yee sang or Chinese raw fish salad was invented some 1,500 years ago during the Song dynasty. Traditionally consumed on the seventh day of the Lunar New Year to mark the birthday of mankind, this humble dish has come a long way from its ancient origins. Come every Chinese New Year, local Chinese chefs will vie to bring fresh interpretations to this colourful salad. Over at the Si Chuan Dou Hua Restaurant at Parkroyal Kuala Lumpur, Chef Chew Chee Keong decides to make it a fruitful head start to the Lunar New Year celebrations with his Tropical Fresh Fruits Yee Sang.

Diners can inject ‘liveliness’, ‘abundance’ and 'good fortune' to their order with shark’s fin, pacific clams, soft shell crab or yellow fin tuna, abalone, salmon or jellyfish. They even have a choice of different sauces – Fruity Sour Plum Sauce, Sour Plum with Wasabi Sauce, Spicy Thai Chilli Plum Sauce or plain Plum Sauce. The end result will be a light, tantalising salad redolent with a whole gamut of tangy, zesty, sweet and tart flavours without any cloying aftertaste.

There's nothing like some Sichuanese spices to set jaded palates alight. The Crispy Prawn with Spicy Bean Paste is guaranteed to leave your tongue tingling from its crunchy, spicy outer crust whilst the crustaceans remain deliciously succulent inside. But don't worry, you can always tempering things down with Crispy Stuffed Chicken with Prawn and Shark’s Fin Paste and Deluxe Nut Coating. Looking deceptively like roast pork from afar, this scrumptious speciality proves memorable for its varied textural contrasts and delicate nuances. A robust chilli dip served on the side helps to give extra bite to these springy slices.

Shaped like mini gold ingots, the Homemade Green Puree Beancurd with Seafood and Scallops is distinctive for its top coating of jade green, blended seaweed. The silky smooth beancurd pieces are the perfect foil to emphasise the fresh scallop and minced seafood's inherent sweetness.

The typical Sichuanese delicacy of Fried Spicy Fish Fillet Sautéed with Sichuan Peppercorns is unlikely to be forgotten in a hurry. Unlike the 'in your face' spicy tartness of Thai tom yum, its fiery-hued broth is potent enough to give chilli lovers an instant ‘high’ with its ma la (numbing spiciness) flavour.

For the first time ever, those on a vegetarian diet can also look forward to a sumptuous feast at Si Chuan Dou Hua as Chef Chew has thoughtfully came up with a special Vegetarian Set Menu that will enable them to partake in the festive feasting. One of the specialities, Stir-fried Mixed Fresh Mushrooms with Seven Spices is something that will appeal to even non-vegetarians and diners who want a change from the normally indulgent fare served during this festive season.

All the dishes mentioned are from the different set menus available. The Feast of Abundance is tailored for two persons at RM98++ and at RM318++ for a table of six. For 10 persons or more, choose from its Feast of Prosperity, Fortune, Health and Wealth set menu or Vegetarian Set at RM638++ per table. Small portions of Yee Sang are priced from RM38++ onwards while large portions are priced from RM68++ onwards.

Go on, it is time to go the whole hog at the Parkroyal Kuala Lumpur for a fruitful Chinese New Year.