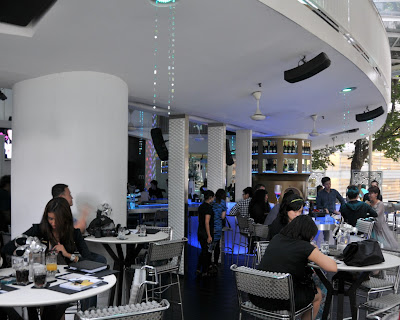 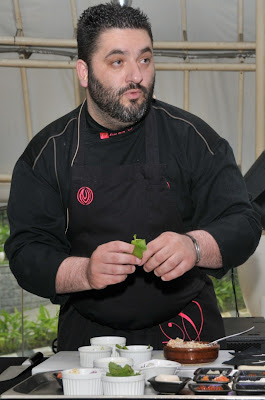 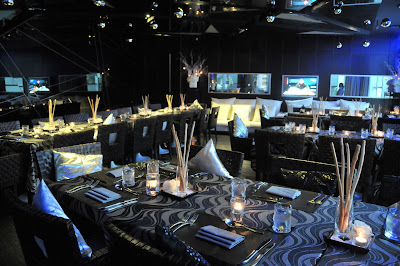 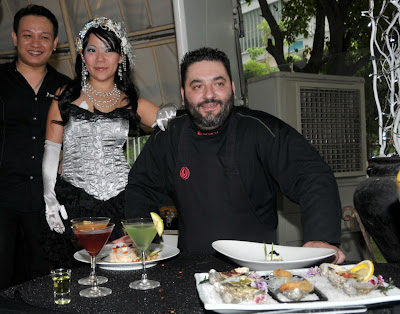 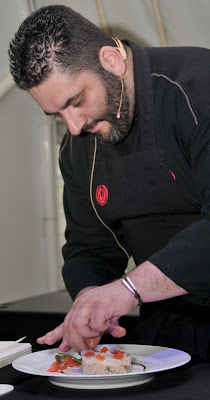 Chef Isnard shows how his signature appetiser is prepared 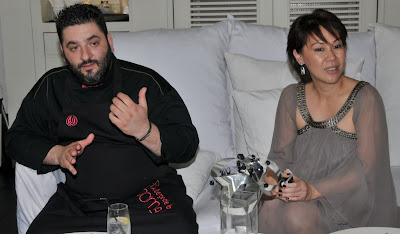 Chef Isnard chatting with the media. Next to him is Sevenatenine's lady boss Michele Kwok 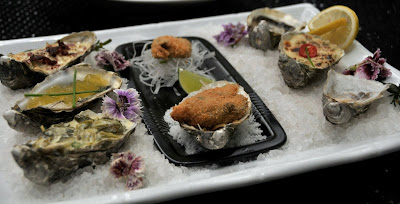 A selection of Irish oysters to tempt patrons every Thursday

While Isnard whipped up five courses, the outlet's resident mixologist Frankie P Anthony shook up and stirred three cocktails for the dinner. 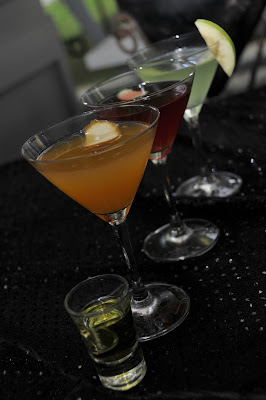 An amuse bouche of Oyster Vichyssoise started the ball rolling. Everyone adored the dainty but oh-so-fresh Irish oyster bathed in a creamy reduction of potatoes, leeks and lemon vinegar, crowned with a dollop of cream and chopped chives. 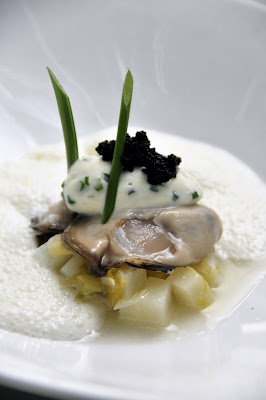 Exquisite Oyster Vichyssoise to amuse us at the start of dinner

Then came the chef's signature starter of Scallop Carpaccio with Quinoa & Citrus Fruits. We found the textural contrasts between the thinly sliced scallops and nutty quinoa interesting while the Monkey Gland cocktail stimulated our tastebuds with its predominantly herbaceous, aniseed accent. 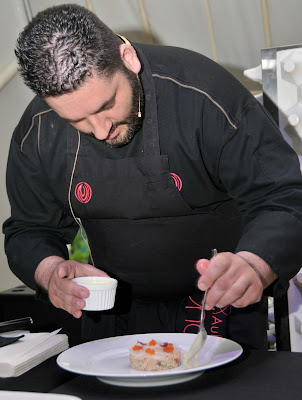 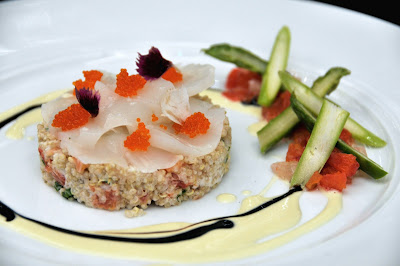 Presentation was the name of the game when it came to the Soupe A L'Ognion (French onion soup); Isnard opted to 'deconstruct' the soup by serving the base ingredients and cream-based broth separately. 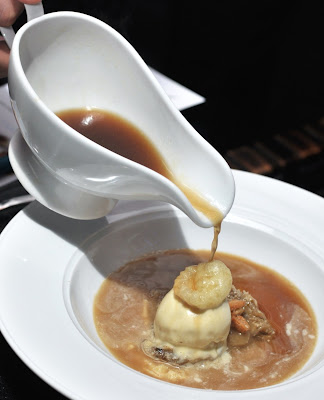 Onion soup with a difference...served 'deconstructed' with dramatic flair

We had more than we bargained for when the host decided to treat us to not one but two mains: Seabass with Hommous and Ginger-Lemon Broth as well as Loin of Lamb with Eggplant Cannelloni and Garlic Confit. Lamb loin given the indulgent touch with eggplant & garlic

The fish course was paired with Chambord Cosmopolitan cocktail while the lamb formed a winning combination with a refreshing Apple Martini. 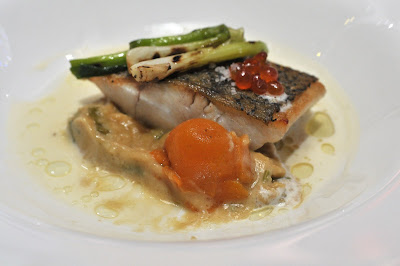 Somehow we managed to find tummy space for the dessert of Raspberry Soup with Gingerbread Espuma and Orange Olive Oil; no doubt helped by an after dinner digestif of Grappa Limoncino. 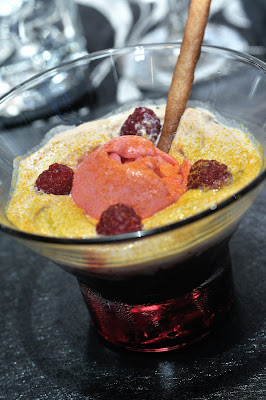 Kudos to the Seven Spoons team who impressed us with their personable service and efficiency and ensured we were not left wanting in any way.