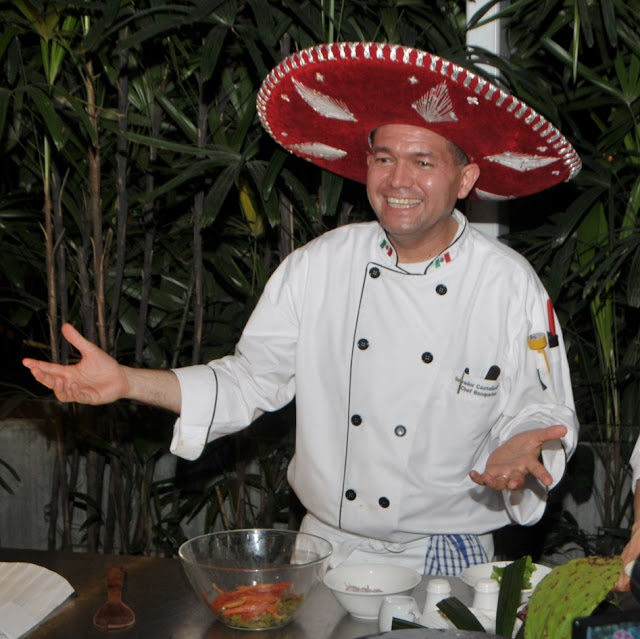 Chef Salvador Vasquez would put many celeb chefs to shame. As the visiting guest chef for InterContinental KL's Mexican Fiesta promotion (from now until April 15), the extrovert chap thoroughly charmed everyone with his candid remarks and funny antics during his brief food demo. But when it comes to cooking and food, his heart is definitely in the right place and his passion is as fiery as the Mexican chilli peppers he cooks with! 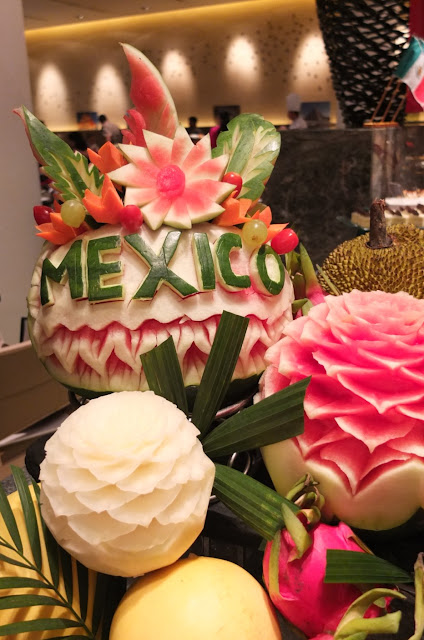 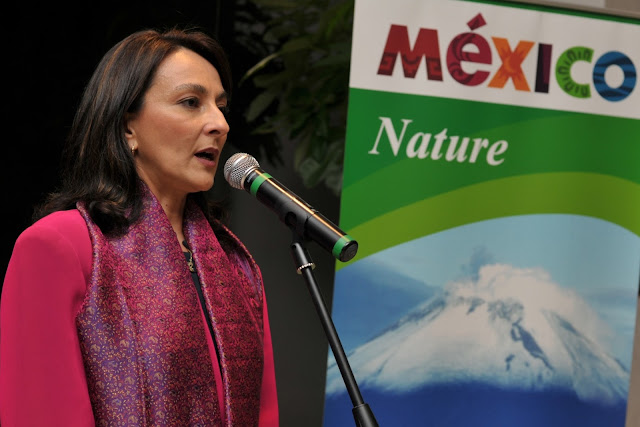 Madam Lourdes (pix above) from the Embassy of Mexico was as pleased as punch by the great turn-out at the opening night of the Mexican Fiesta. 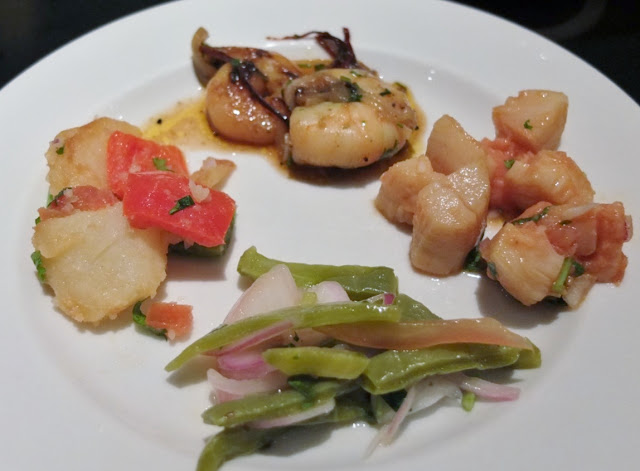 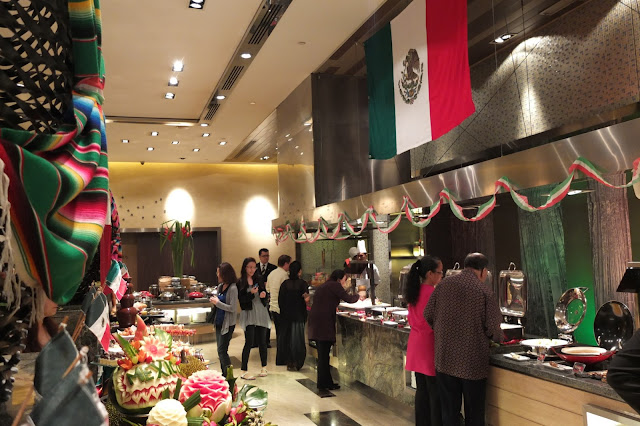 Famous for its distinctive ingredients and incredible diversity, Mexican cuisine is currently served at the Serena Brasserie throughout the promotional period. Chefs Salvador Vasquez and Tania Gonzales from Presidente InterContinental Mexico were flown in specially by KLM to prepare the plethora of Mexican delicacies that are guaranteed to set tastebuds tingling. 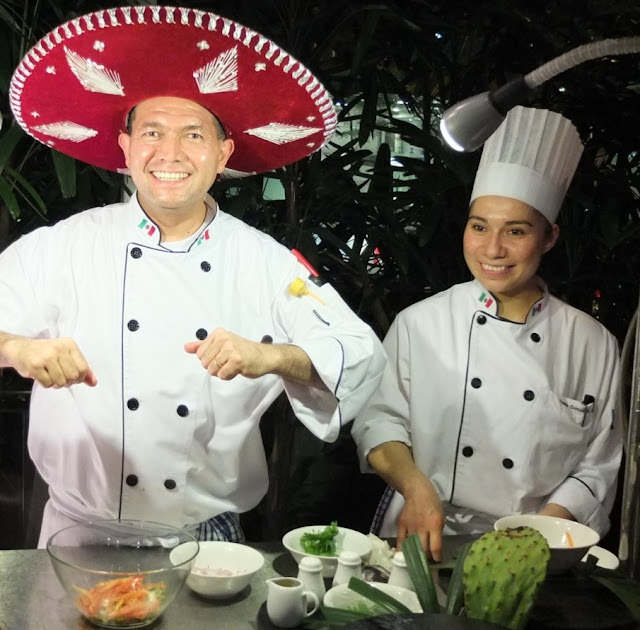 Chilled glasses of Sangria and baskets of Guacamole con Totopos (tortilla chips with guacamole dip) were served the minute we were seated followed by more palate teasers in the form of mini sliders . What an invigorating way to kick off our Mexican feast! 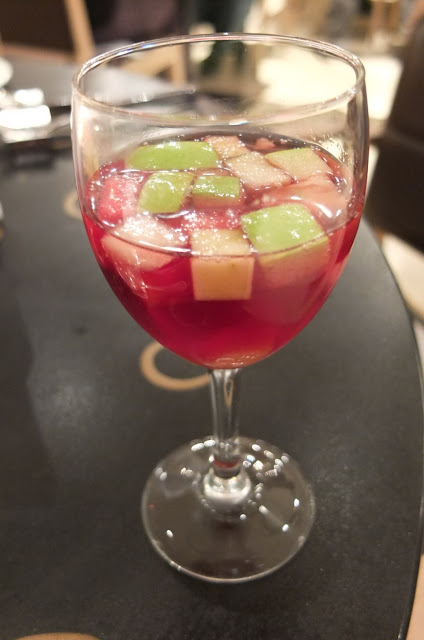 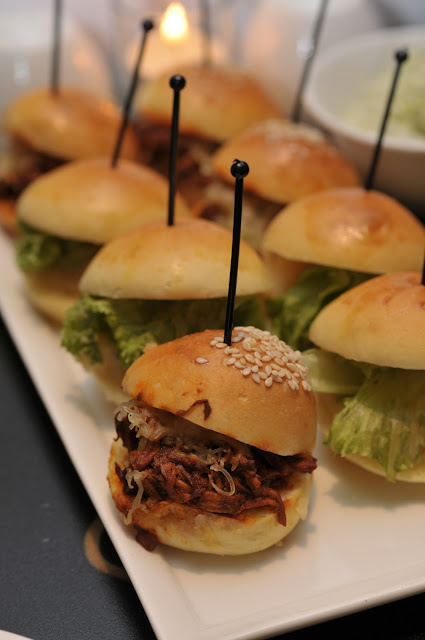 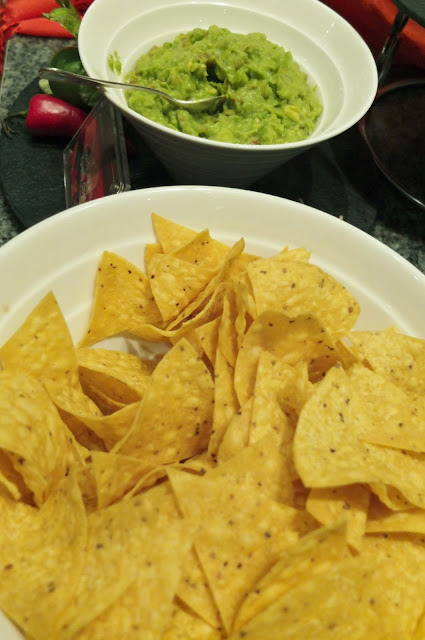 There were several outstanding dishes from the buffet that night. A top fave of mine was the Barbacoa de Cordero de Hidalgo - superbly tender lamb that's barbecued covered in banana leaves then sliced and served with a smokey sauce that hinted of chilli pepper and spices. Another hearty speciality is Salpicon de res La Mexicana (meat strips Mexican-style). I recommend you pair the meat with some Arroz a La Mexicana (Mexican rice) and Ensalada de Nopales (Cactus Salad). 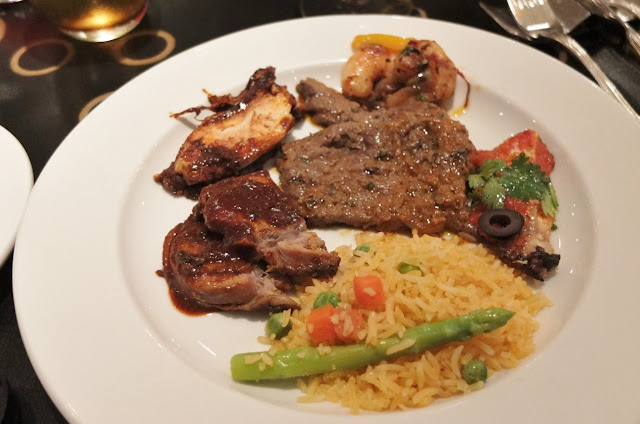 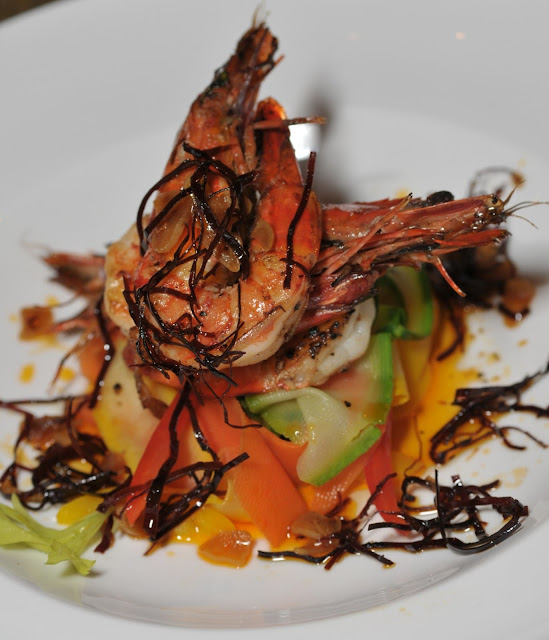 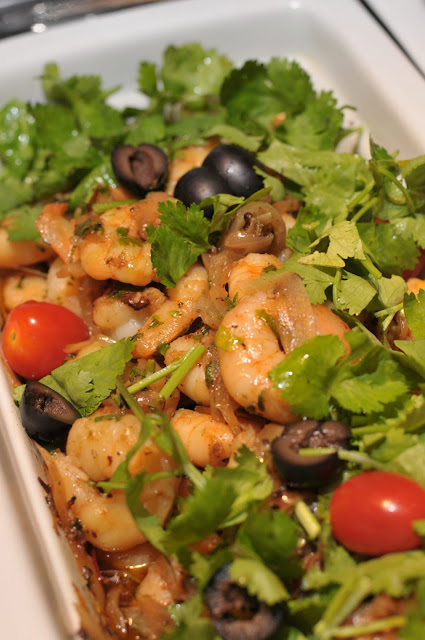 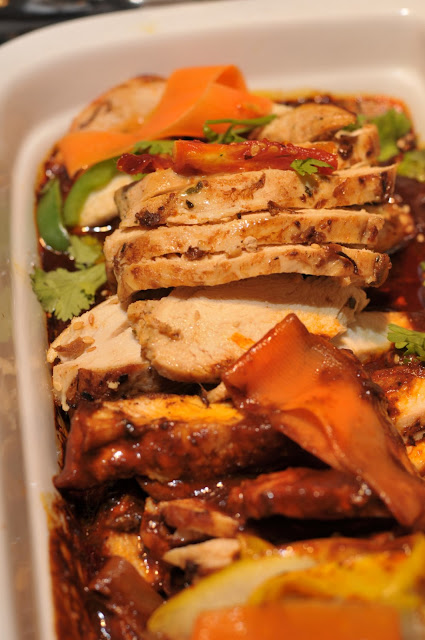 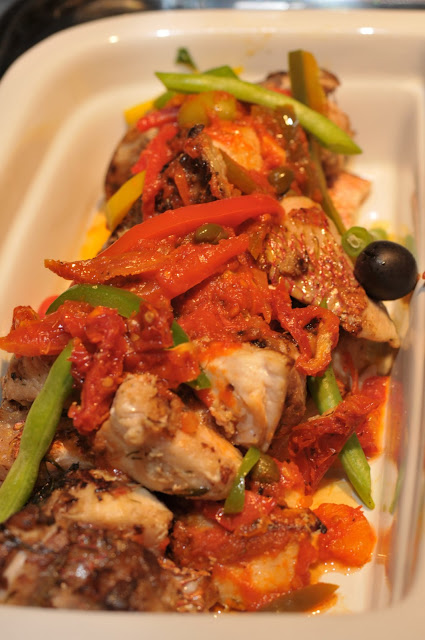 Good things come to those who wait and boy, the queue was never ending at the counter where the scrumptious Quesadillas y Tortillas Calientes (corn tortillas with assorted fillings) are cooked on the spot. Yup, I daresay they went like hot cakes! 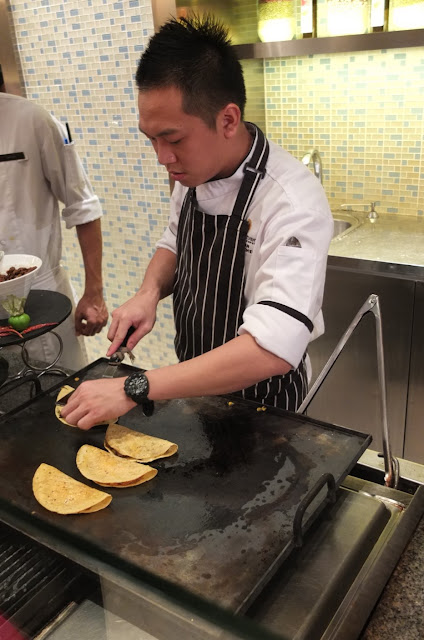 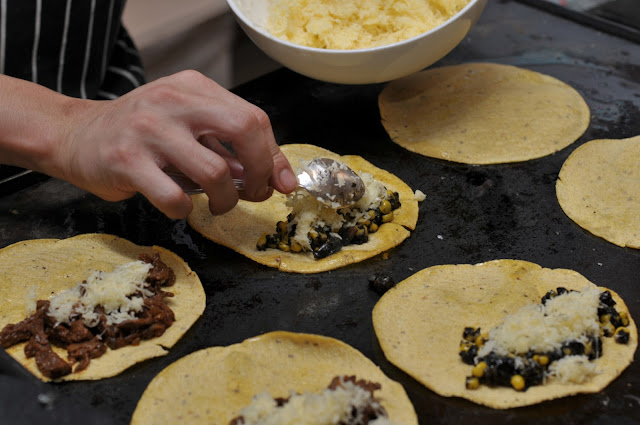 Then it was showtime by Chef Vasquez who regaled us with his cactus salad-making skills. It's a traditional staple in Mexico where the plant grows in abundance. For the salad, it's dethorned, cut into thick batons and marinated in salt for a little while. Then the cactus is mixed with tomato strips, sliced onion and some coriander. The resultant texture is similar to that of softened French beans with a mild gummy aftertaste. 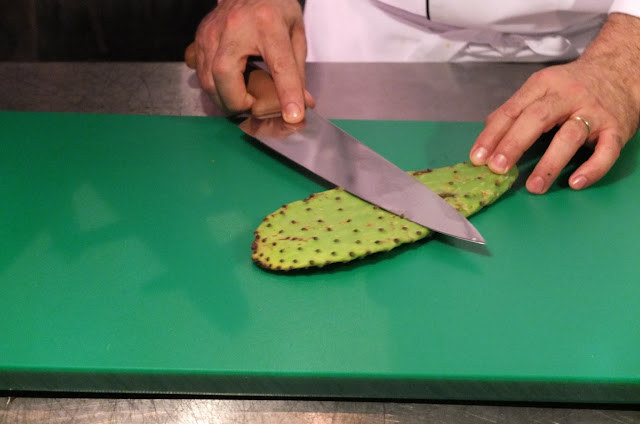 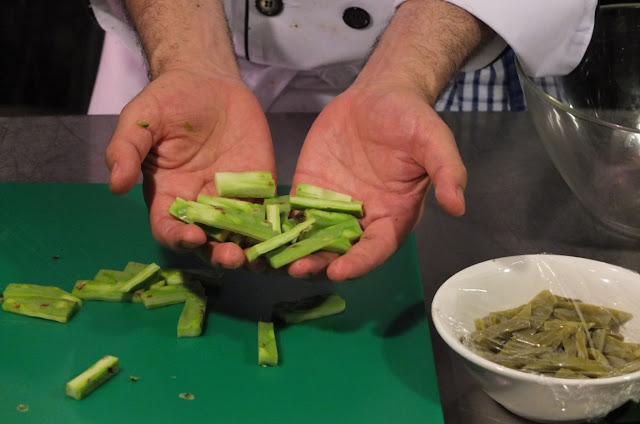 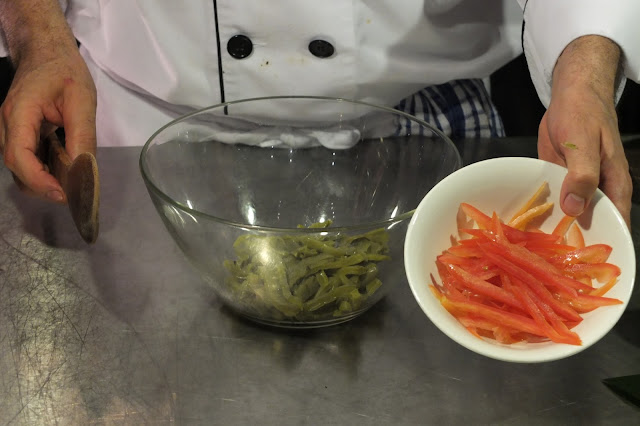 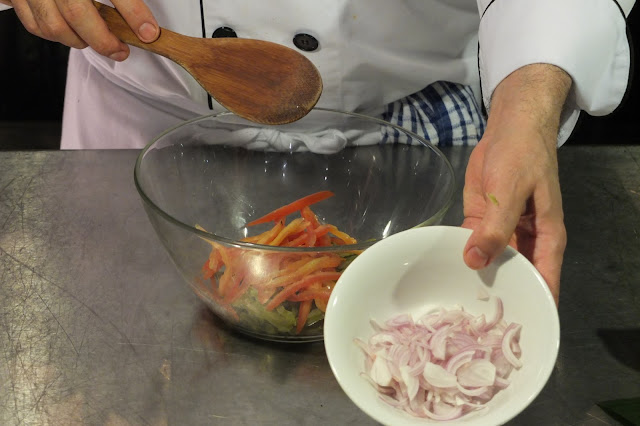 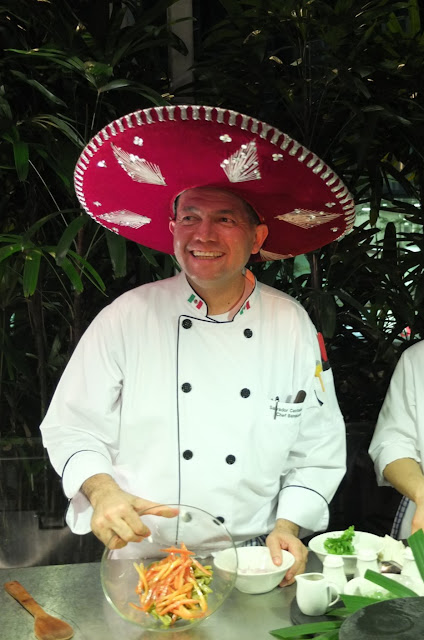 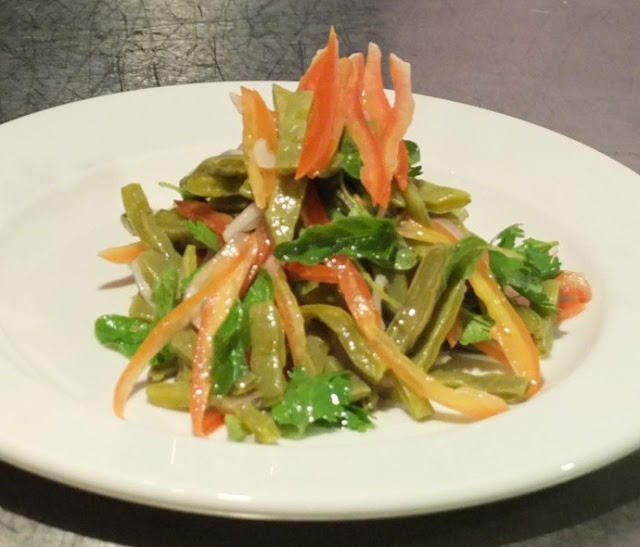 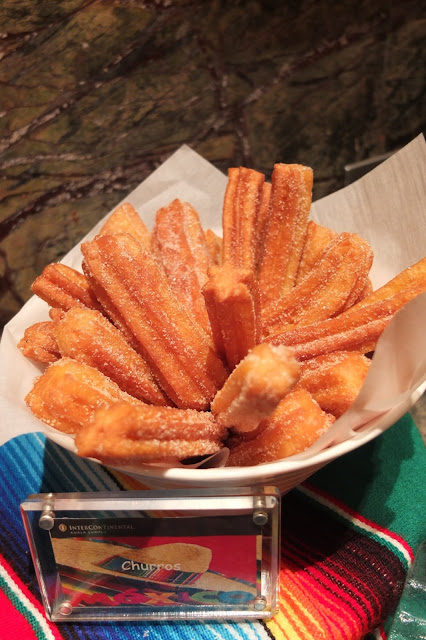 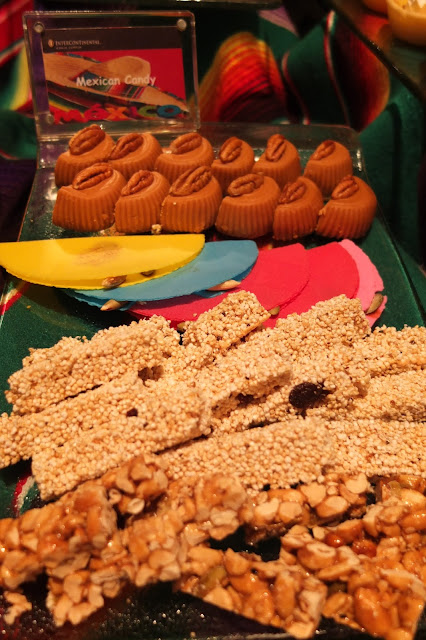 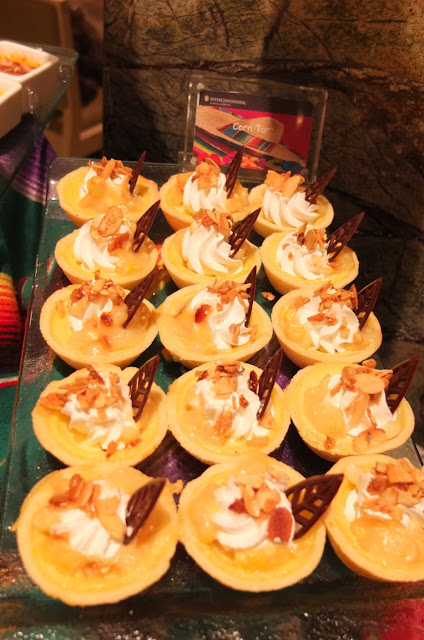 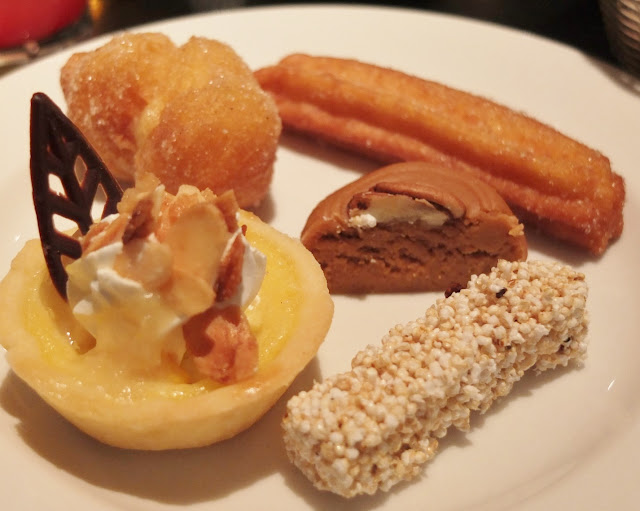 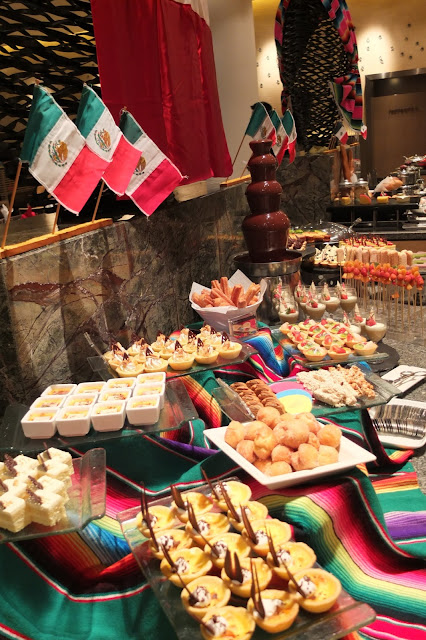 The Mexican Fiesta is served for lunch and dinner priced at RM82++ per person (lunch) and RM98++ per person dinner). For reservations, call Serena Brasserie, InterContinental KL. Tel: 03 2782 6228