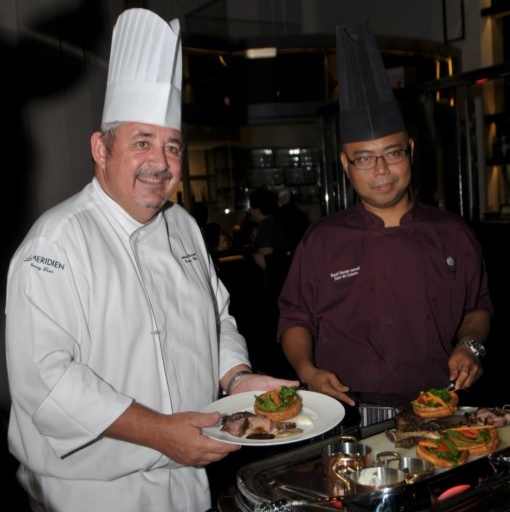 Given the chance, would you eat gorilla's paw, palm tree worms, monkeys, pangolins and an assortment of wild game meat?  No? Then take your hats off to Le Méridien Kuala Lumpur Executive Chef Antoine Rodriguez (pix above, left).

He's no swashbuckling hero but a braveheart of daring culinary adventures. The French-Spanish, Bordeaux native has a great sense of humour and passionately relishes his chosen vocation. 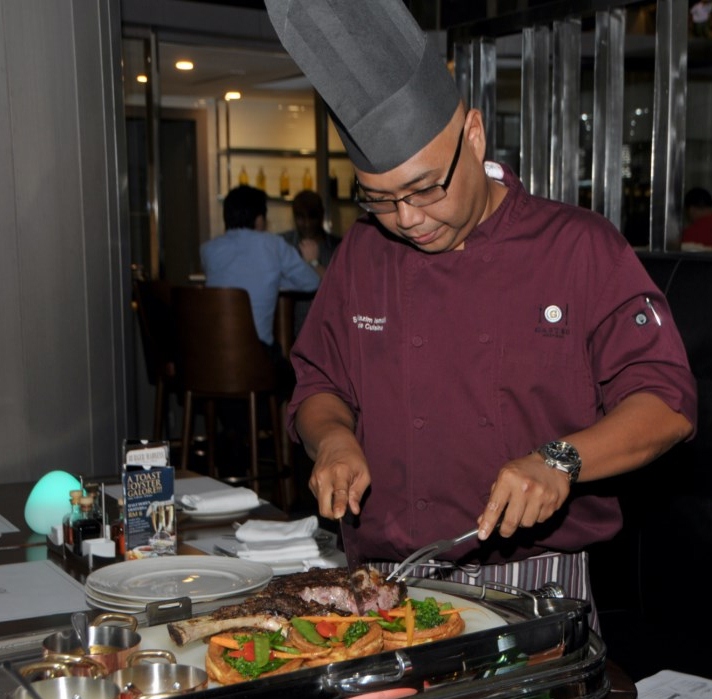 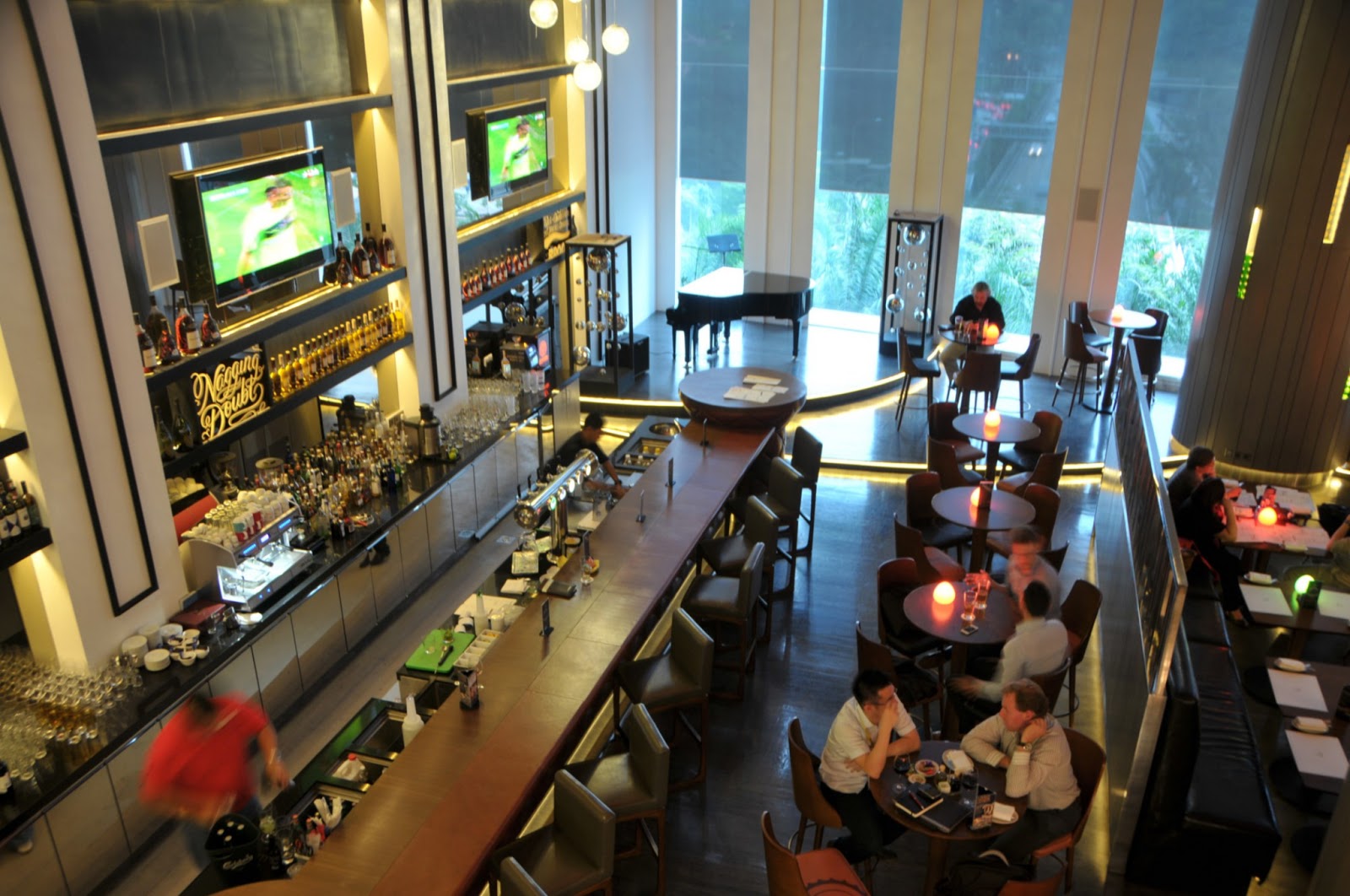 We were privileged to savour the new A La Carte Menu that was unveiled recently which is packed with irresistible nibbles and tapas and easy palate-pleasers (think pizza, sandwiches & local one-dish meals. Also expect a grilling good time this April with the introduction of Sunday Roasts. To sweeten your dining experience, prices are nett here. This means hidden charges be gone with government tax and service charge accounted for. 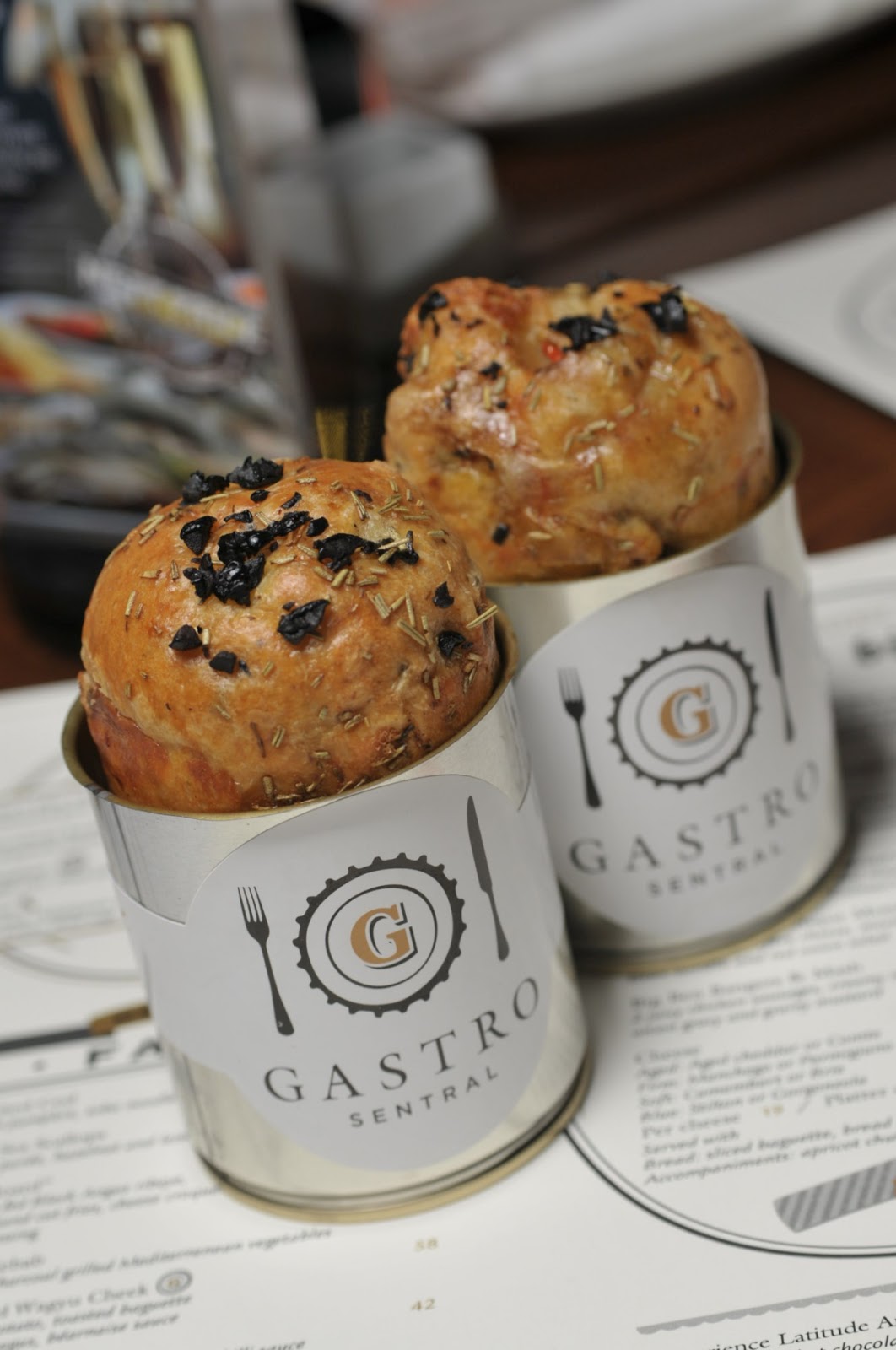 Between the whimsical bread rolls in cans and light-hearted banter, we had a field day basking in the hotel's hospitality. 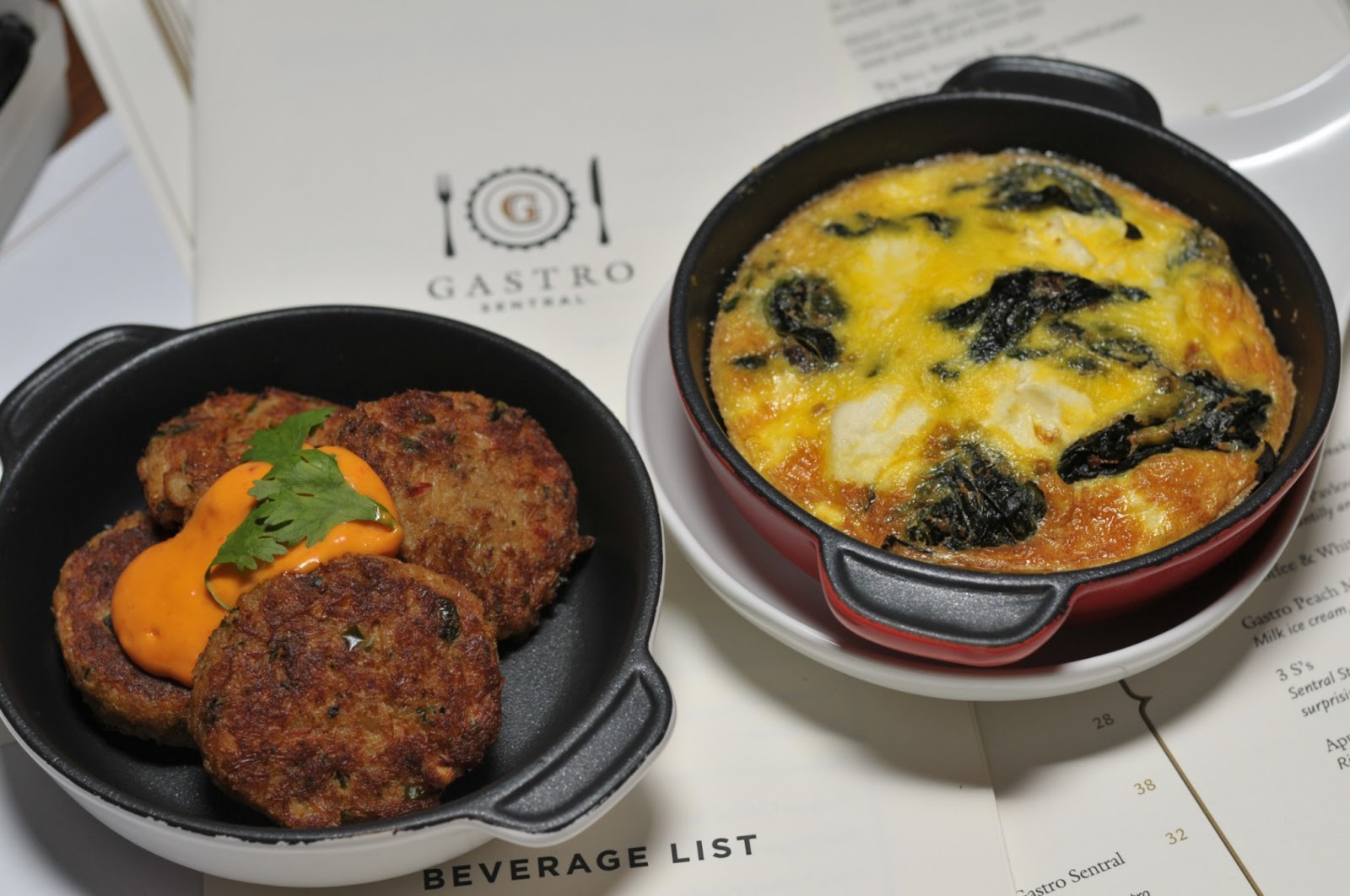 Robustly flavoured tapas of Chorizo, Spinach and Ricotta Frittata (pix above on right, RM15) and Crab Cake Sliders with Spicy Mayo (pix above, left RM15) reign not only in Spain but at Gastro too. The former is rich, fluffy and so chockfull of goodness that we made short work of it within minutes. As for the latter, can you seriously think of any more wickedly delicious than crab meat, spices and mayo combined? 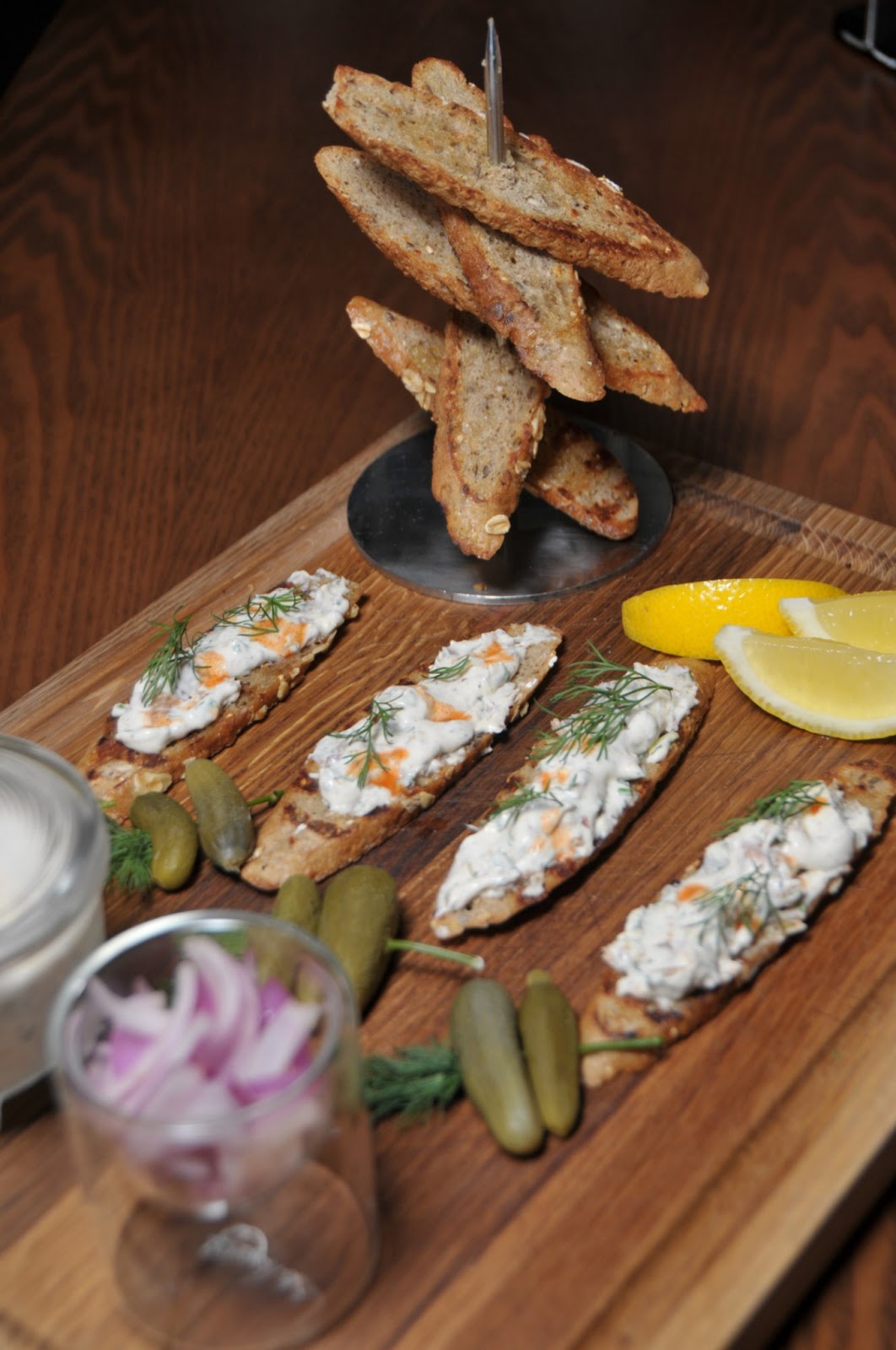 Trust Chef Antoine to elevate the humble sardines to gastronomic heights, reincarnating the little fish into Potted Sardine Rilettes (RM26). I could just live on the slices of crusty garlic cereal bread alone, topped with his sumptuous spread of mashed sardines with lemon, smoked cream cheese and dill, and sliced sweet onion. Munch on those lip-puckering mini gherkin skewers to offset any cloying richness. 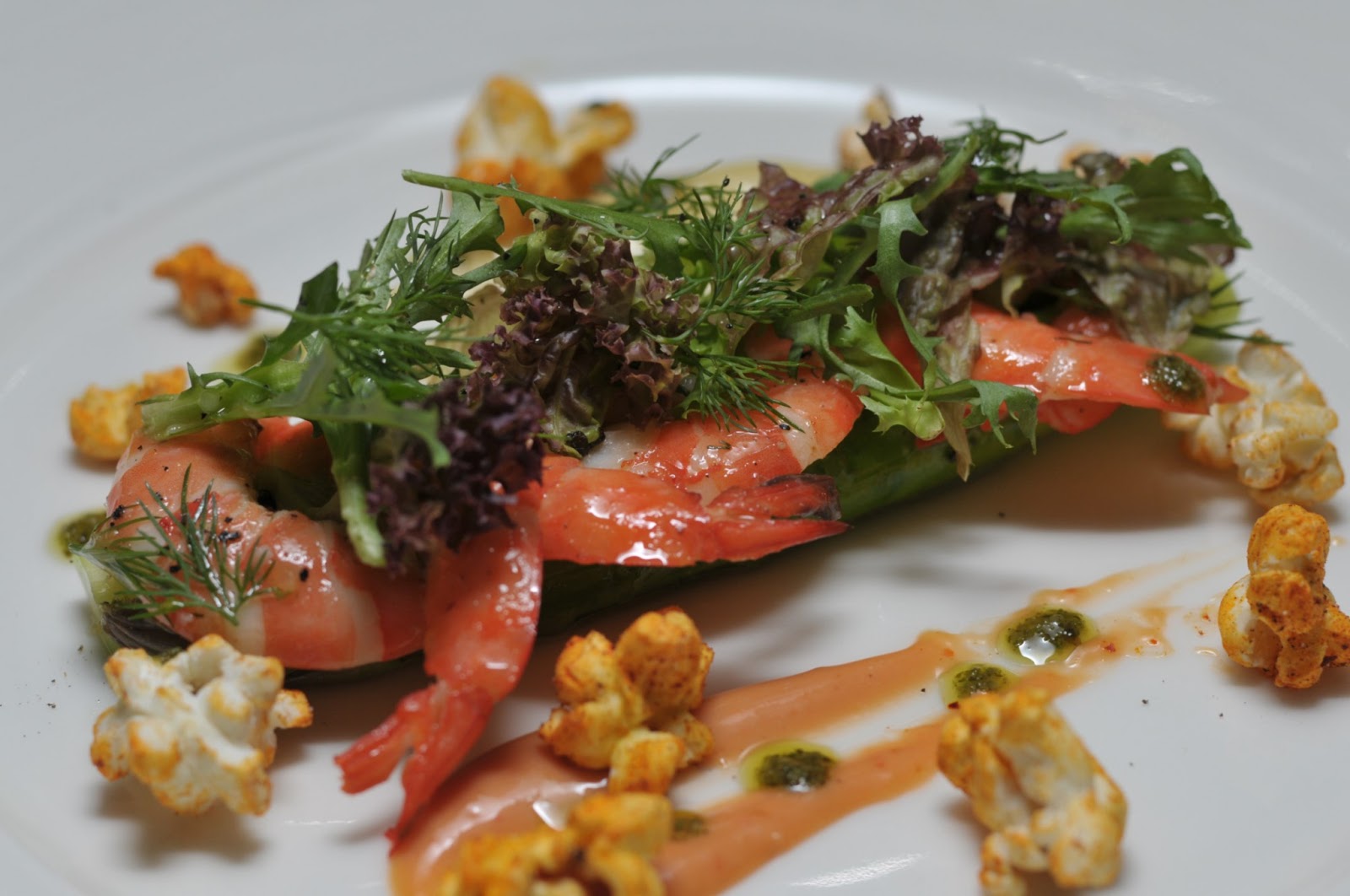 Got a penchant for prawns? Ah, the Sweet Prawn Cocktail with Chilli Popcorn, Jumbo Green Asparagus and Aioli (RM30) will be the bait to reel you in. A sprinkling of spiced popcorn (yes, spiced!), some fresh lettuce and fat, crunchy asparagus spears is all that's needed to perk up the crustaceans' unadulterated sweetness. Heavenly! 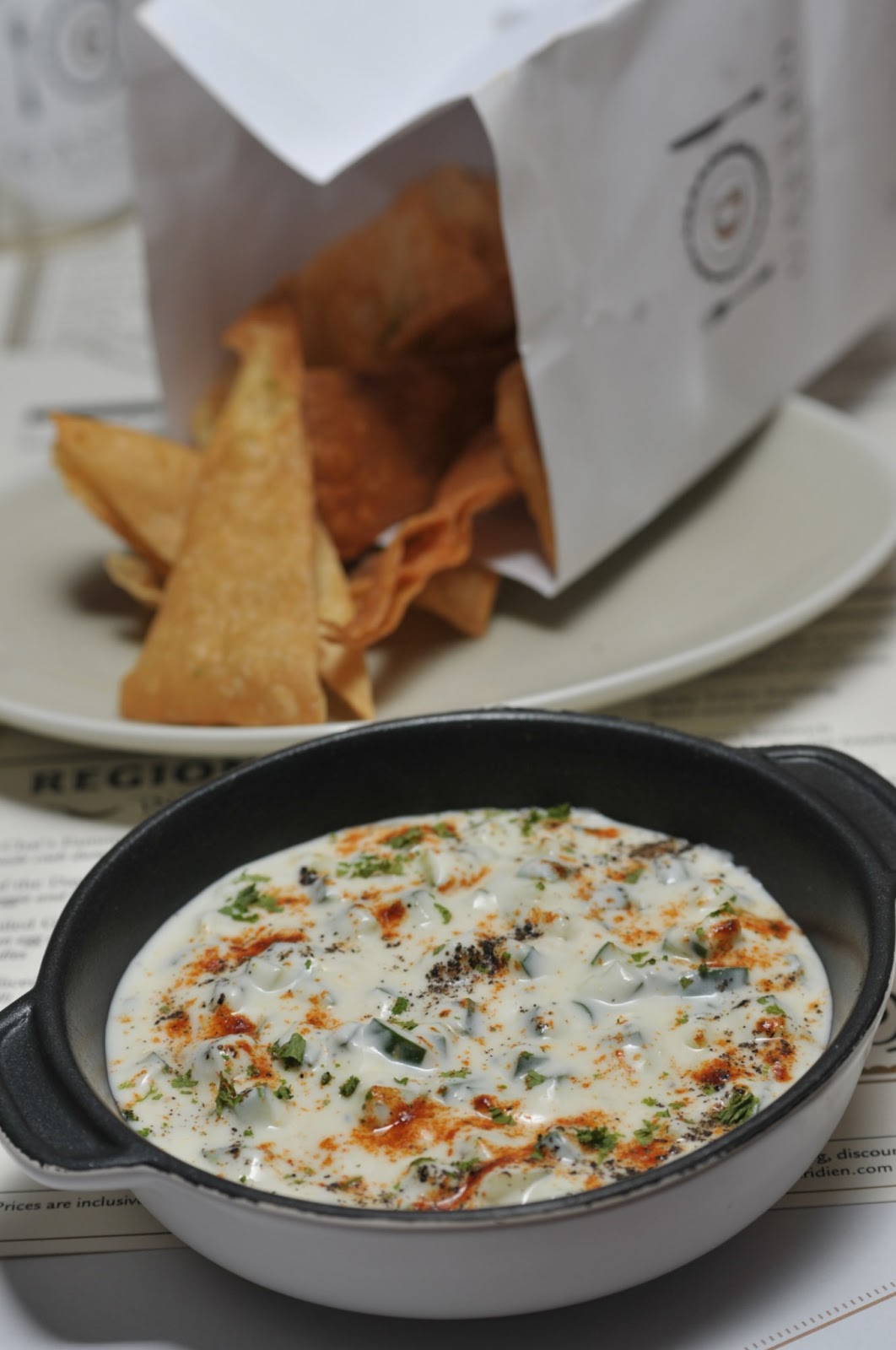 For light munchies with a whole lotta crunch, we recommend the Homemade Nachos with Tzatziki Dip (RM12) . Tastes out of this world when complemented by dollops of creamy, herbaceous Greek-style yoghurt and cucumber-based dip. 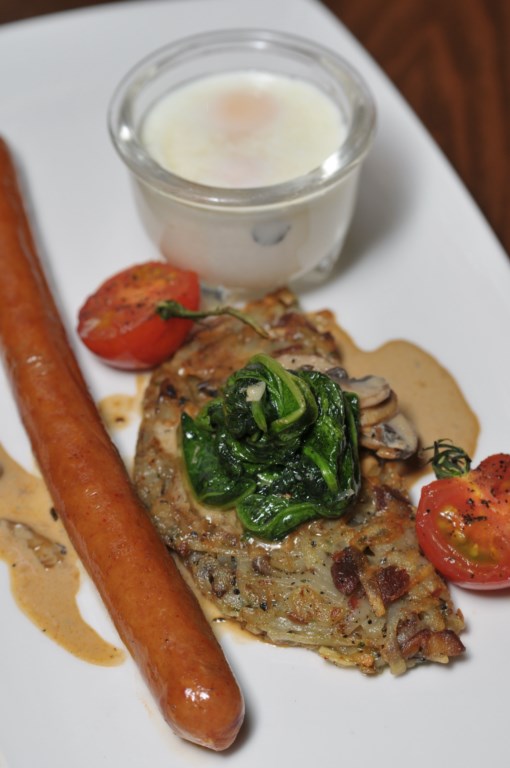 Lest you forget to breakfast like a king, the Coddled Eggs with Smoked Duck Roesti Potato (RM35) with wilted spinach, wild mushroom cream sauce and Vienna sausage will be a right regal treat. What ruled the roost in this hearty platter is the scrumptious shredded potato pancake with smoked duck in it. A dead ringer for bacon, it has to be the best thing since sliced bread. 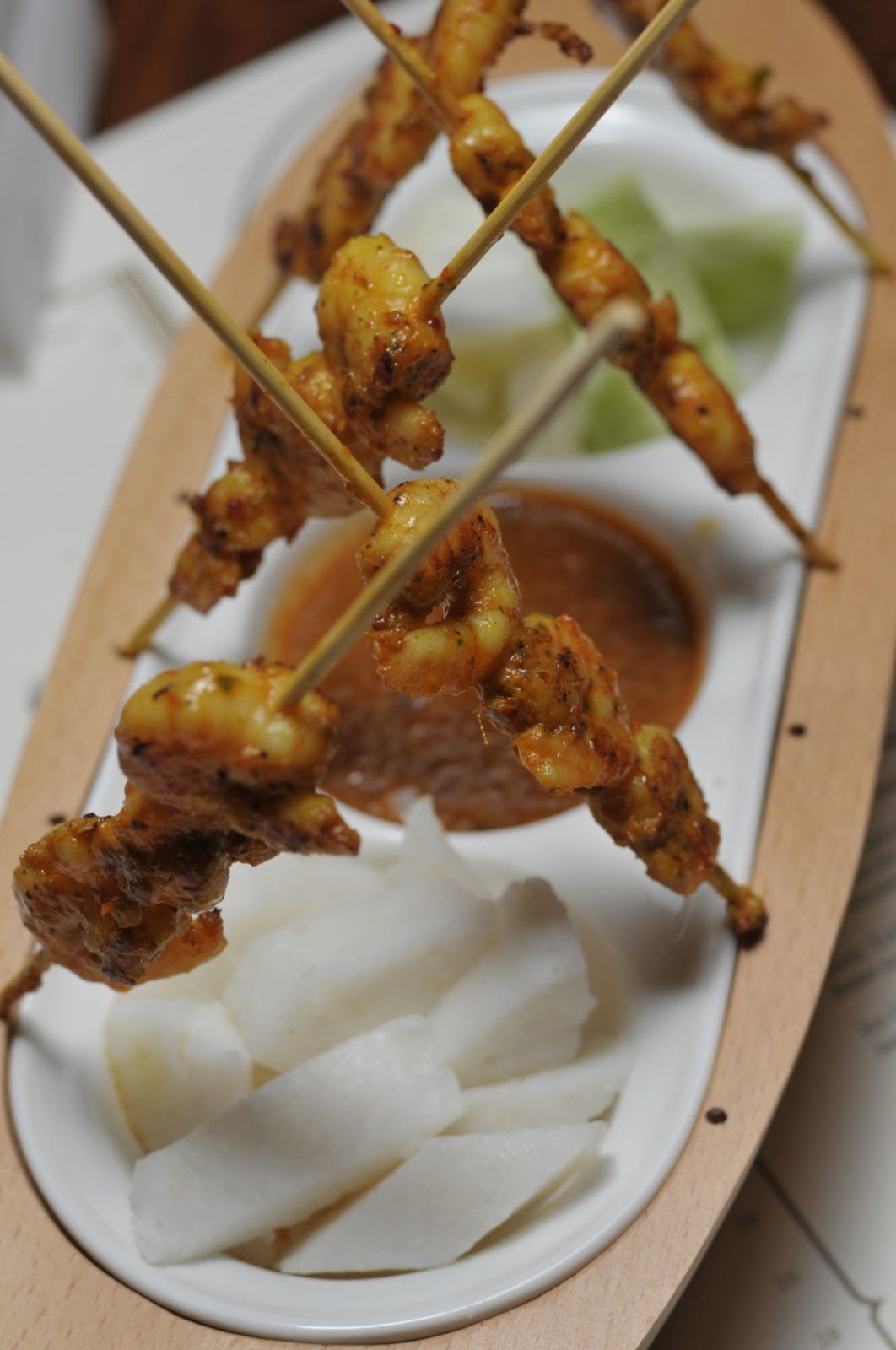 In case none of the Continental stuff appeal to you, we are sure the Prawn Satay with Condiments & Peanut Sauce (RM20 half dozen, RM38 for 1 dozen) will float your boat. Marinated in heady spices, the succulent skewers are one ship-shape speciality that can rival the best satay in Kajang. 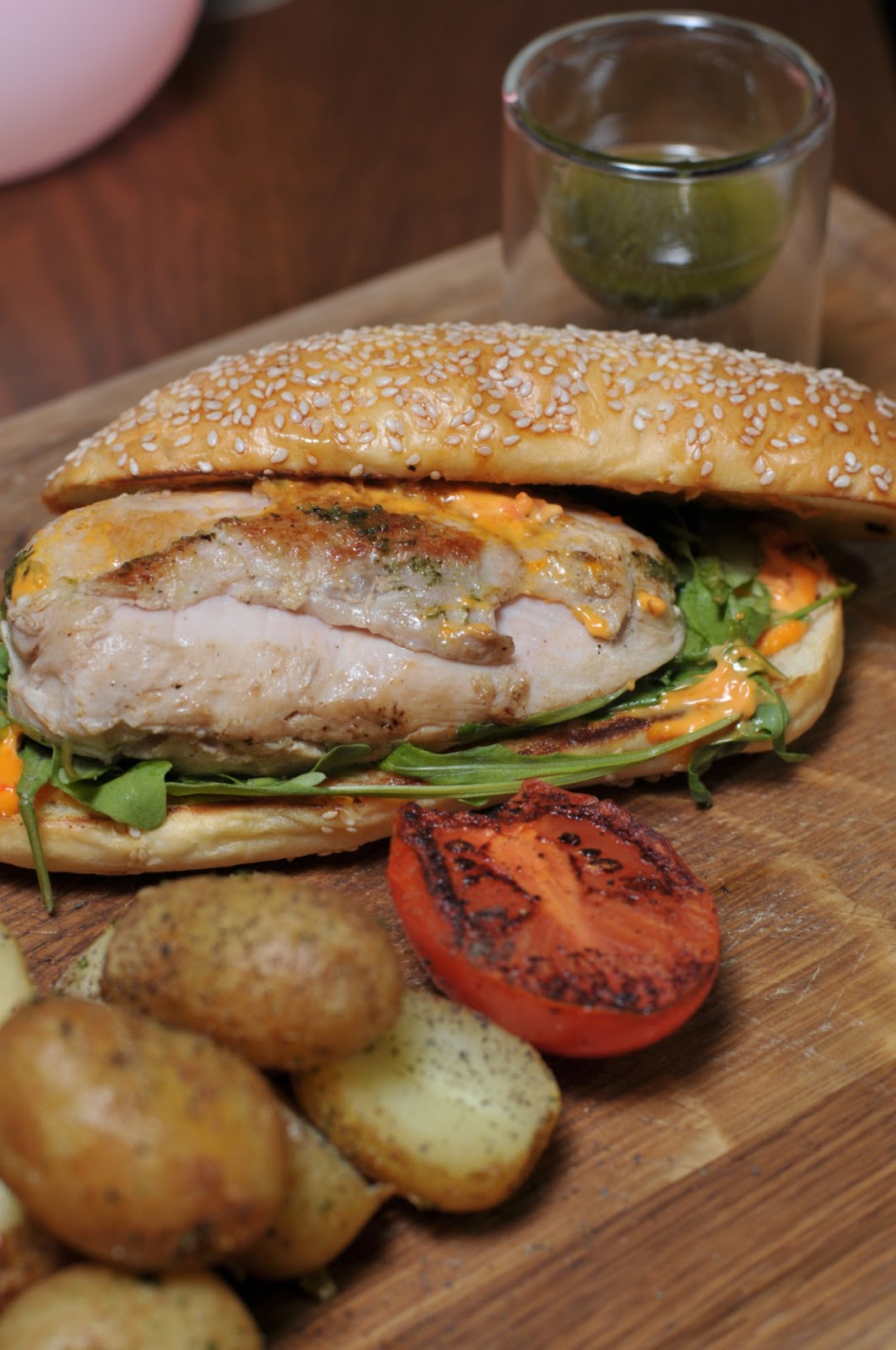 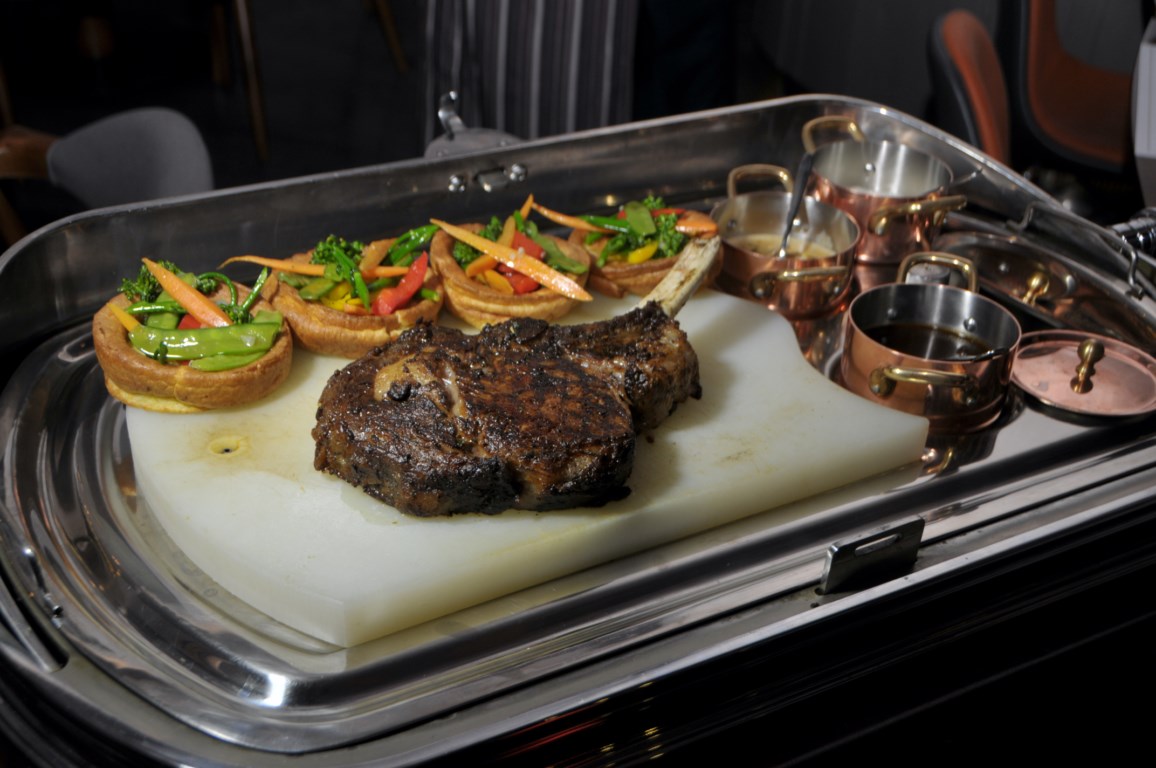 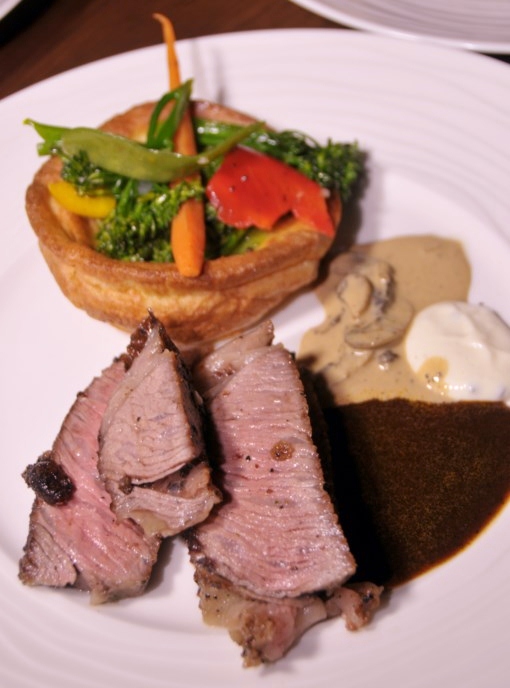 Featuring the same team that helms PRIME - the city's best steak restaurant - expect nothing less than flawlessly roasted meat. Crusty and slightly charred on the outside but pink perfection and moist juiciness galore inside, the roasts are served with all the trimmings: Yorkshire pudding, gravy and veges too. 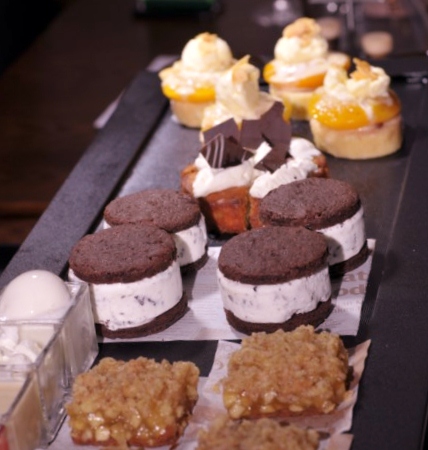 Now our dining party wasn't one to pass up on dessert but this time around, even I had to wave the white flag when a tray of full-size treats arrived at our table. How on earth can we put away those decadent Coffee & White Chocolate Brownies (RM25)?

I happily succumbed to the Gastro Peach Melba (RM20) with milk ice cream, raspberry sauce and almond flakes but only managed a mouthful of the homespun Apple Crumble (RM20) with vanilla ice cream and cinnamon sauce. Luckily the guys helped with the Ice Cream Sandwich with sweet cookies, chocolate breakings and choc sauce (RM 22) - the final icing for this indulgent dinner. After all these sweetening, can I raise a ruckus? Nah...I just can't wait to return for more of Gastro's five-star gastronomic treats at four-star pricing.