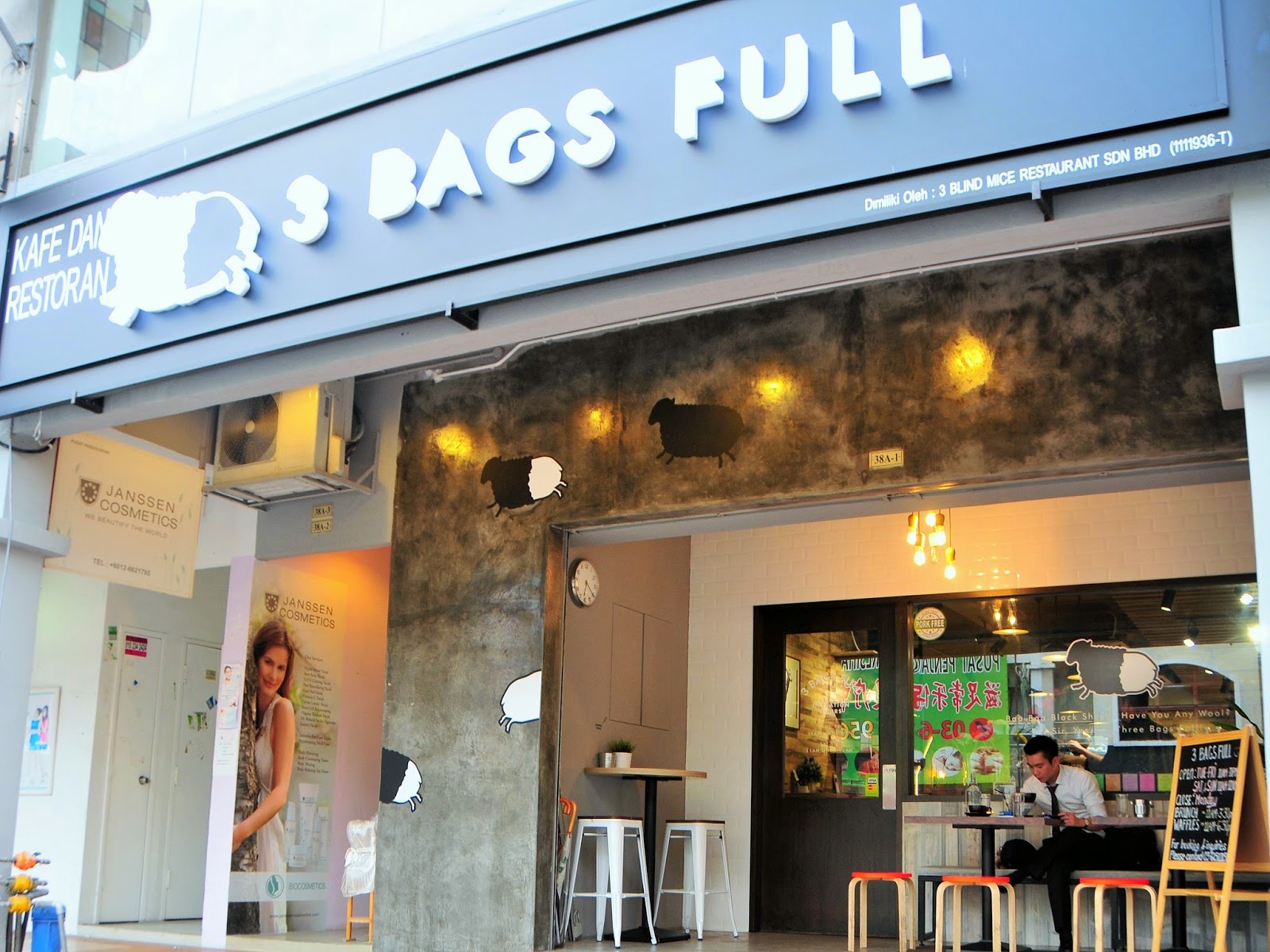 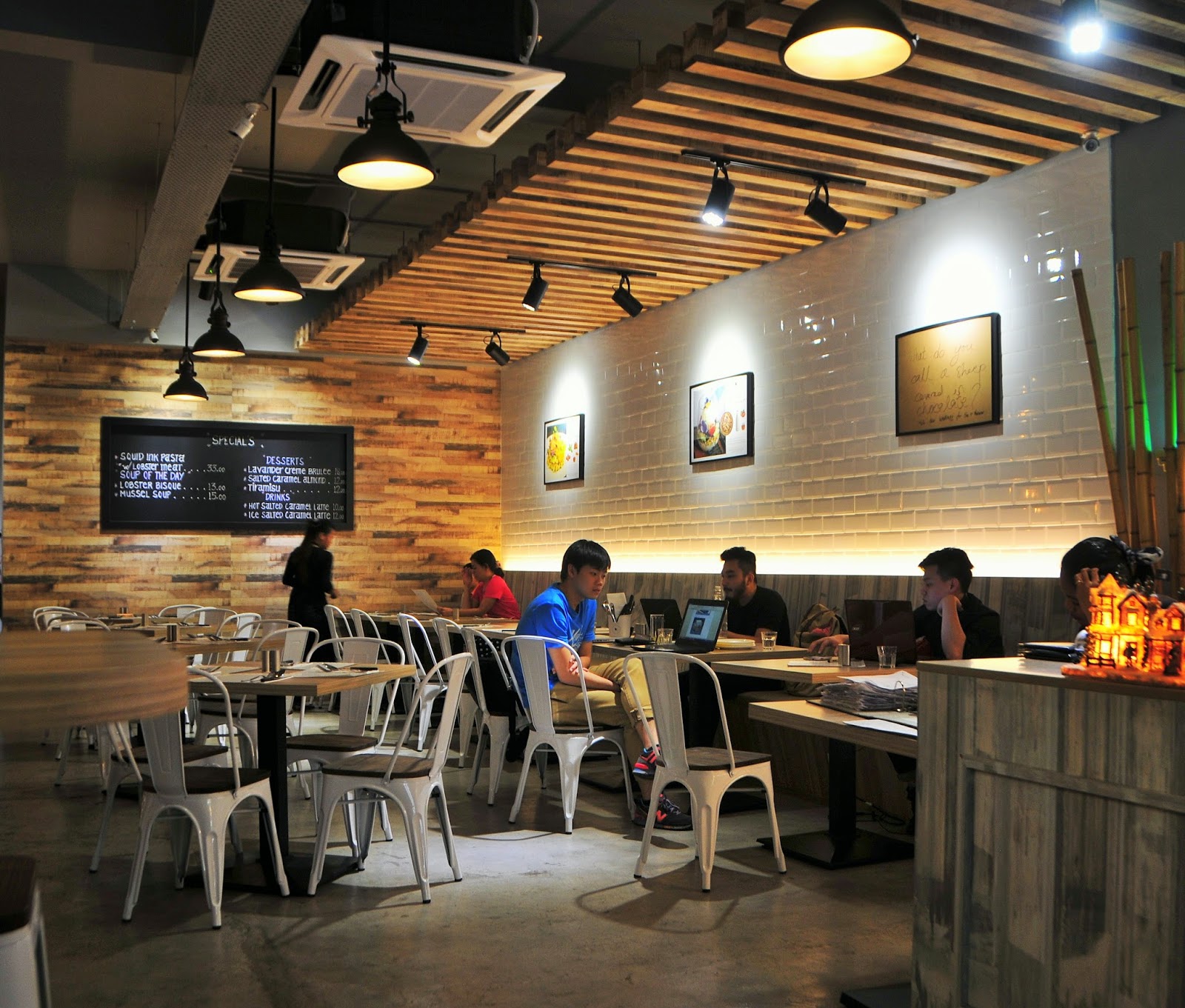 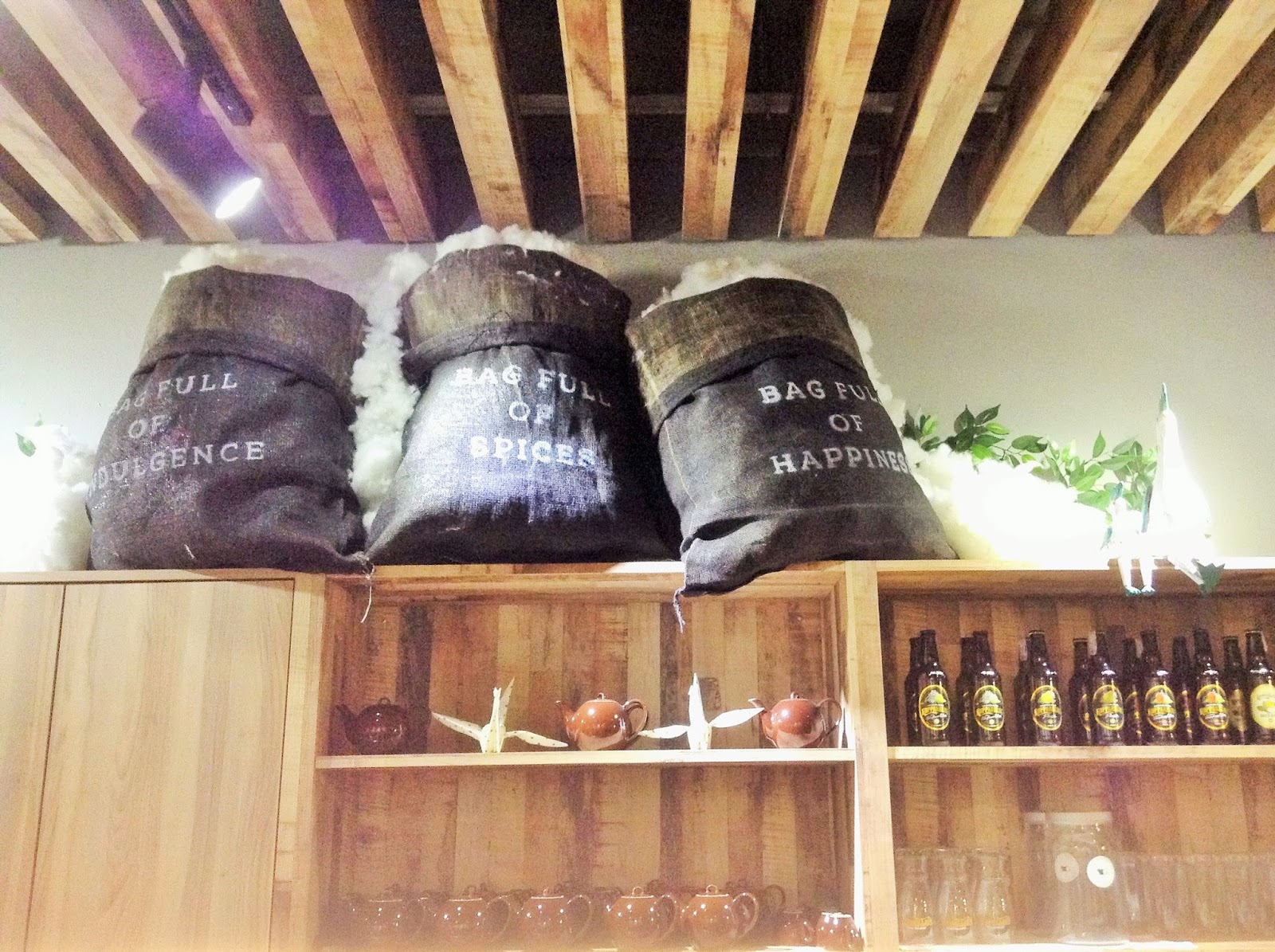 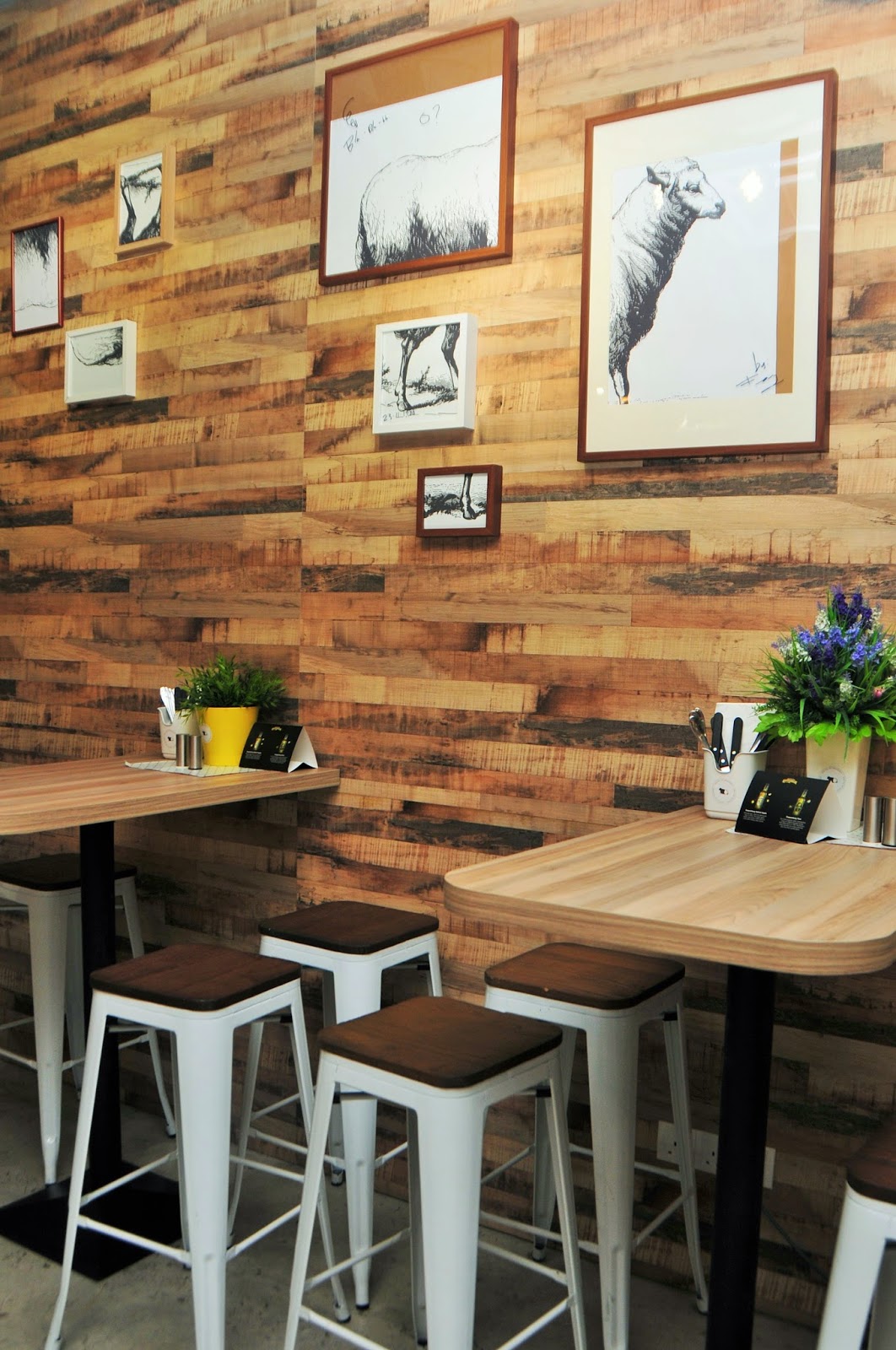 Originally conceived as a chocolate bar, 3 Bags Full has segued into part cafe, part resto in this trendy neighbourhood. Apart from java, it serves surprisingly good food that's above par; a definite plus over other coffee places of the same ilk. 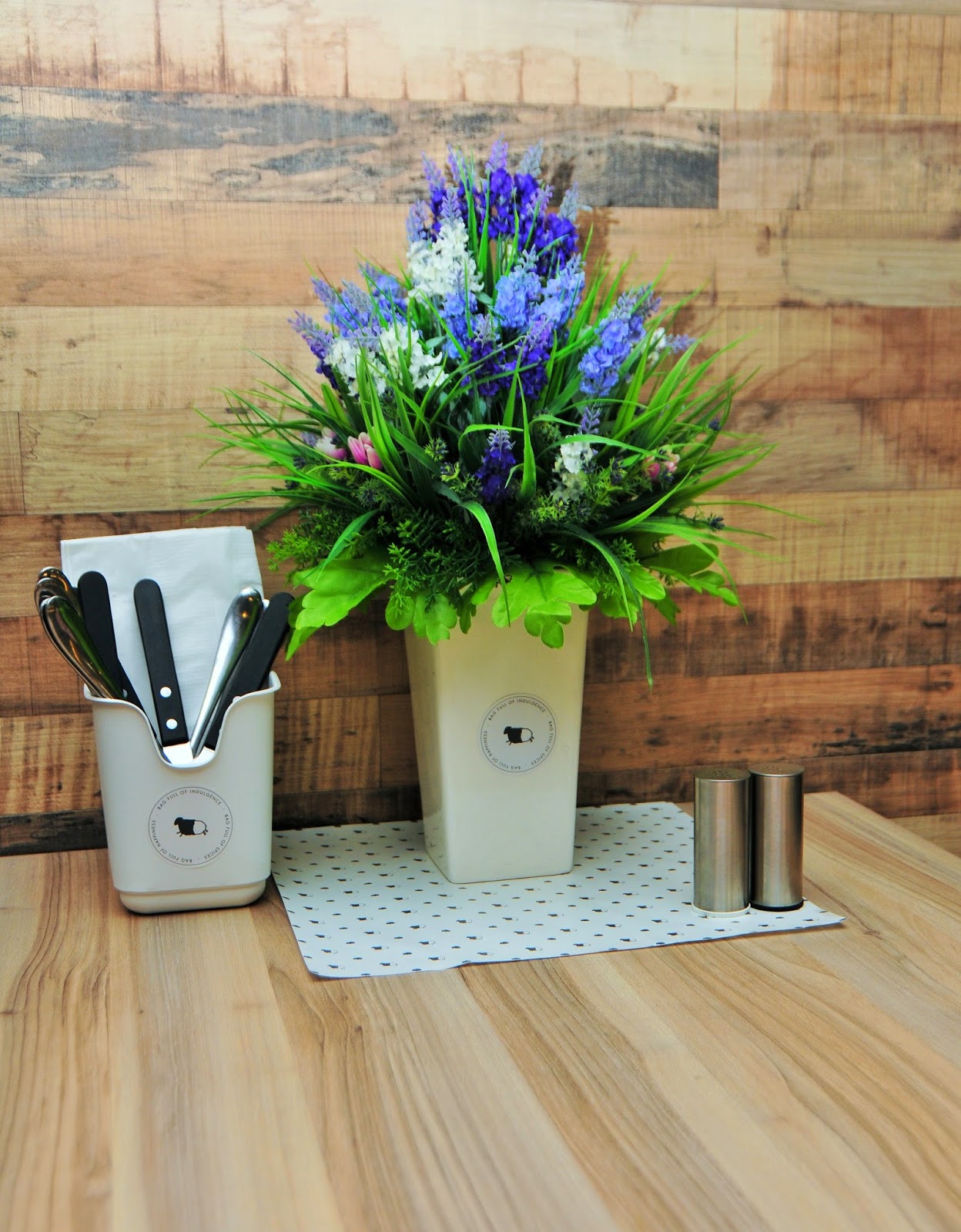 You can't ignore the extensive drinks list which includes hot & cold coffee, chocolate, tea, smoothies, soda and gelato milkshakes. We spotted some unusual ones and curiosity led me to try the Iced Lavender Latte (RM12). The heady lavender fragrance is discernible when the drink arrived but no worries, the herb tasted subtle enough at first sip. 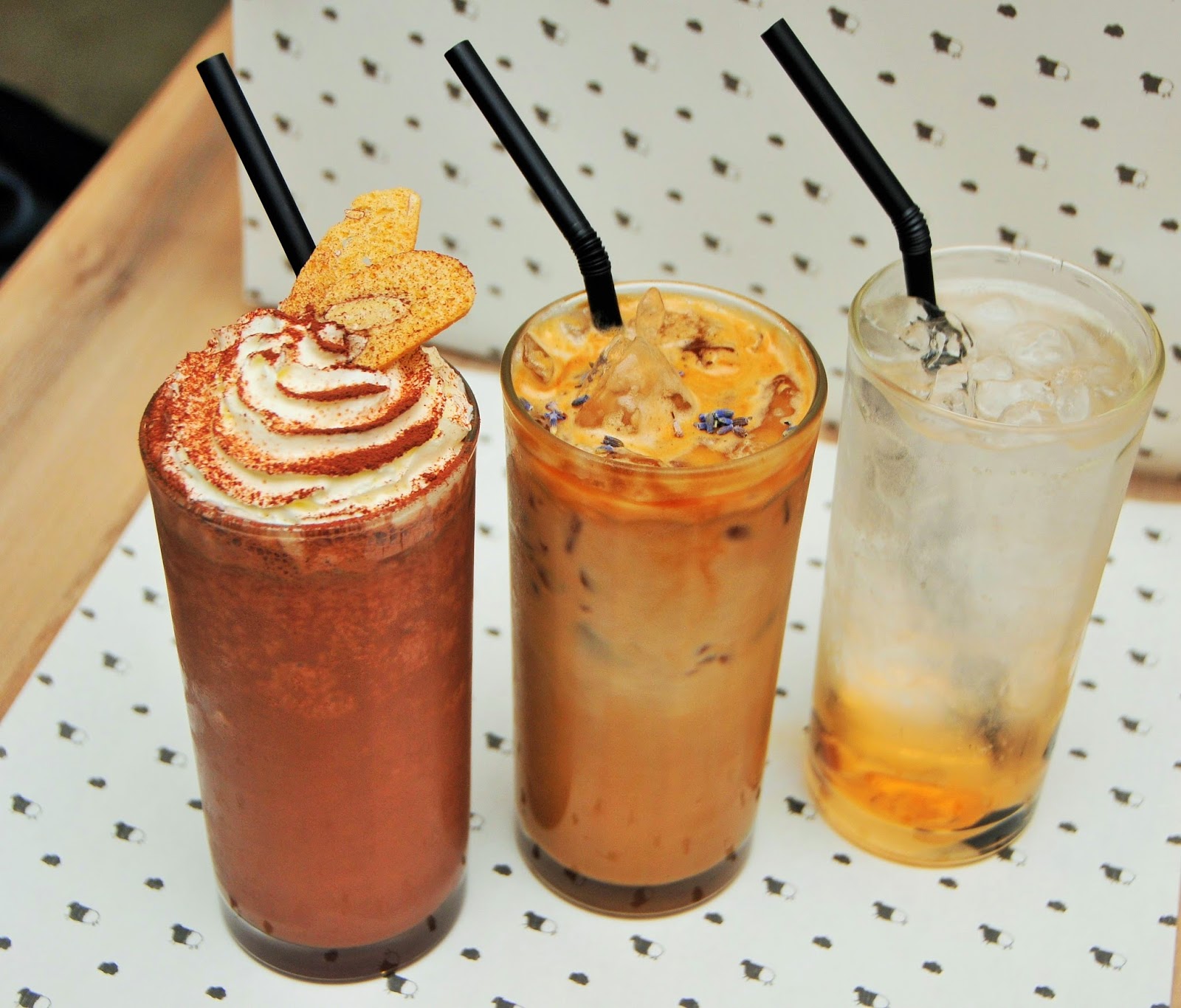 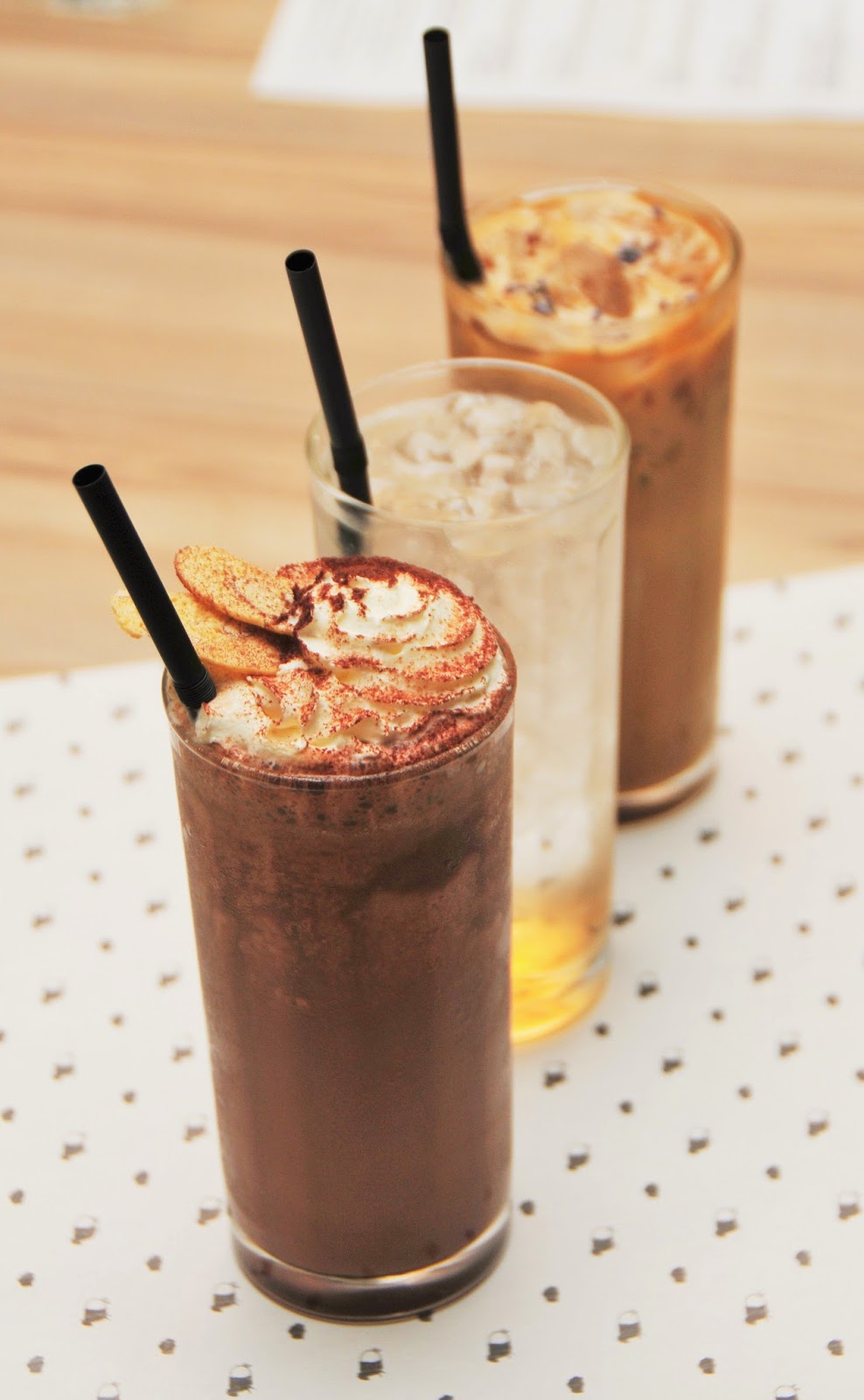 Chocoholics would love the decadent Double Chocolate Gelato Milkshake (RM15); its full-bodied richness is unmistakably sublime with a superbly smooth finish. Light and refreshing, the fizzy Lychee Peach Home Soda (RM9.50) is ideal for those into fruity flavoured drinks. 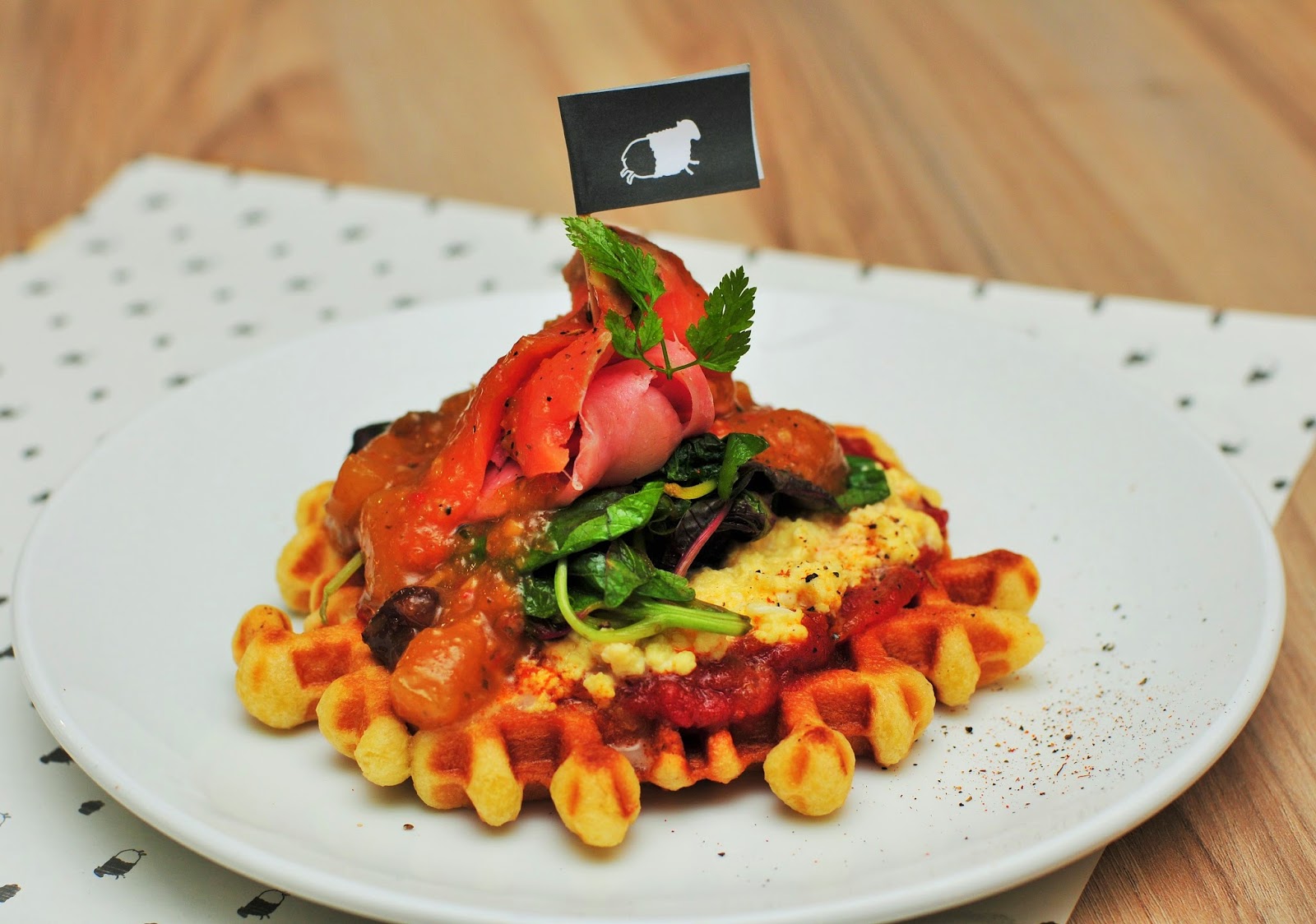 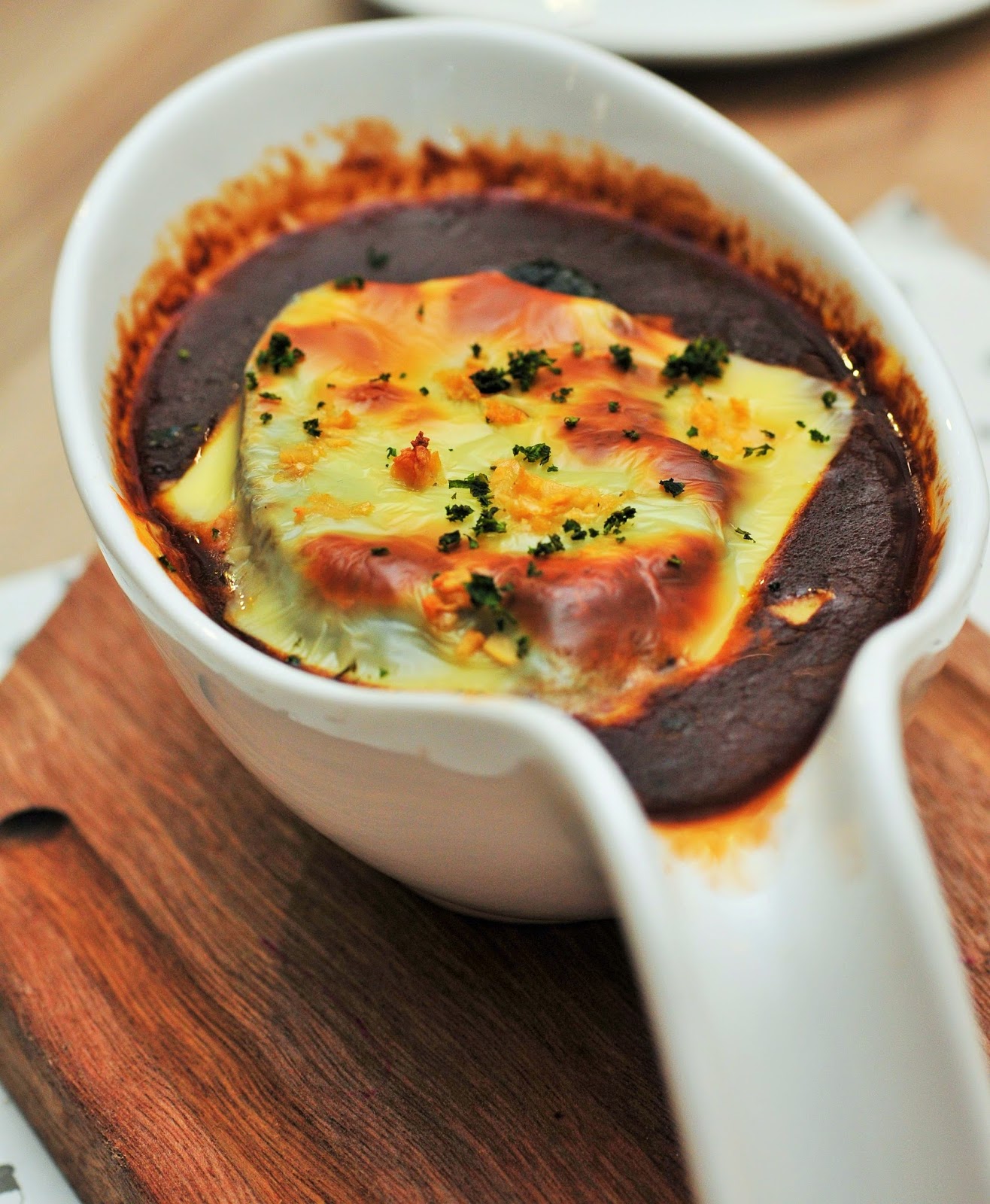 If you want a one-dish meal that leave you replete, the hearty Baked Onion Soup (RM12) may do the trick. 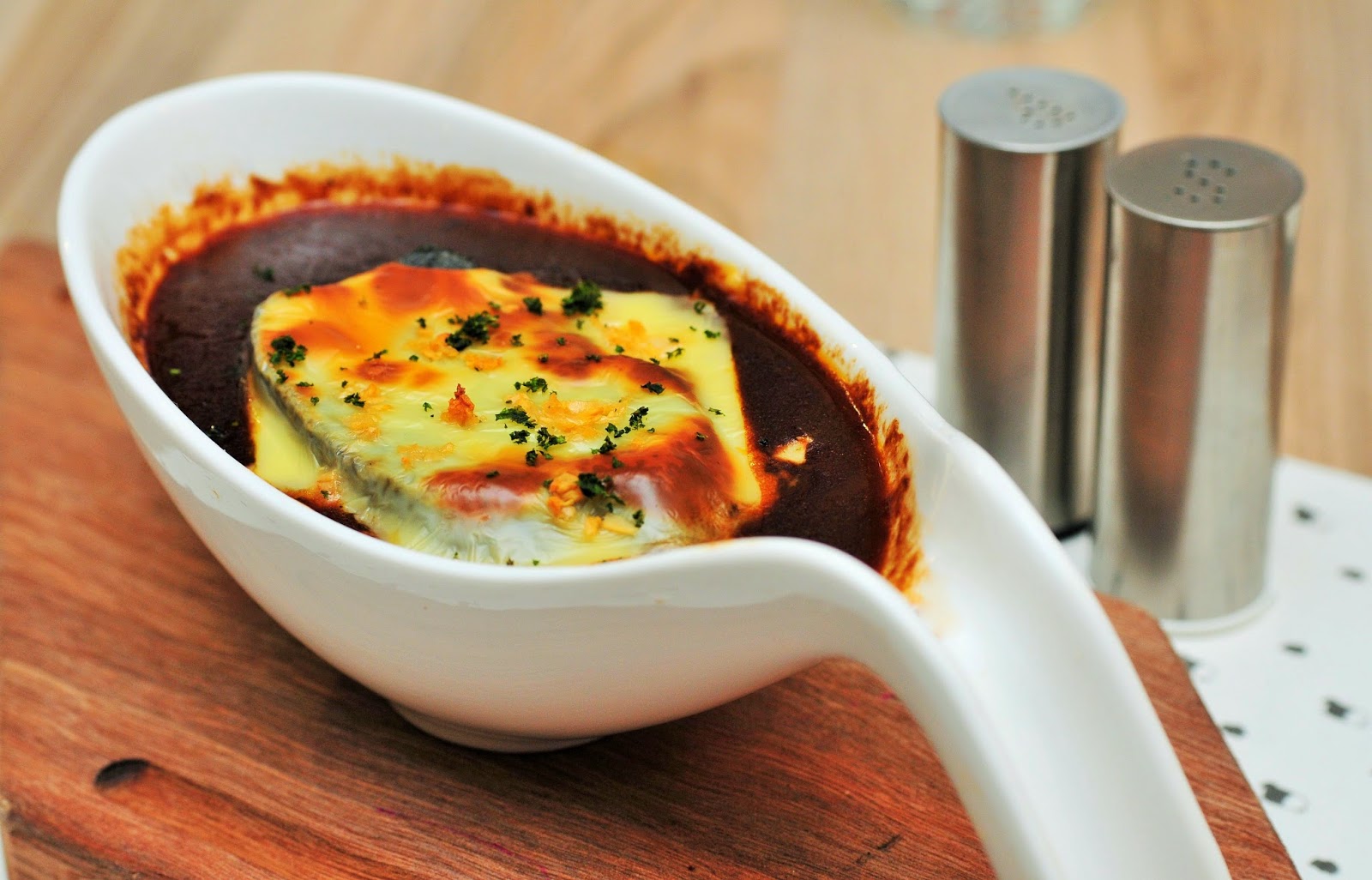 Don't let its bewitchingly nut-brown darkness detract you. Topped with a slice of charcoal toast adorned with baked gruyere to give it extra textural interest, the broth's voluptuous richness and lush earthiness will spur you to lick the bowl clean. 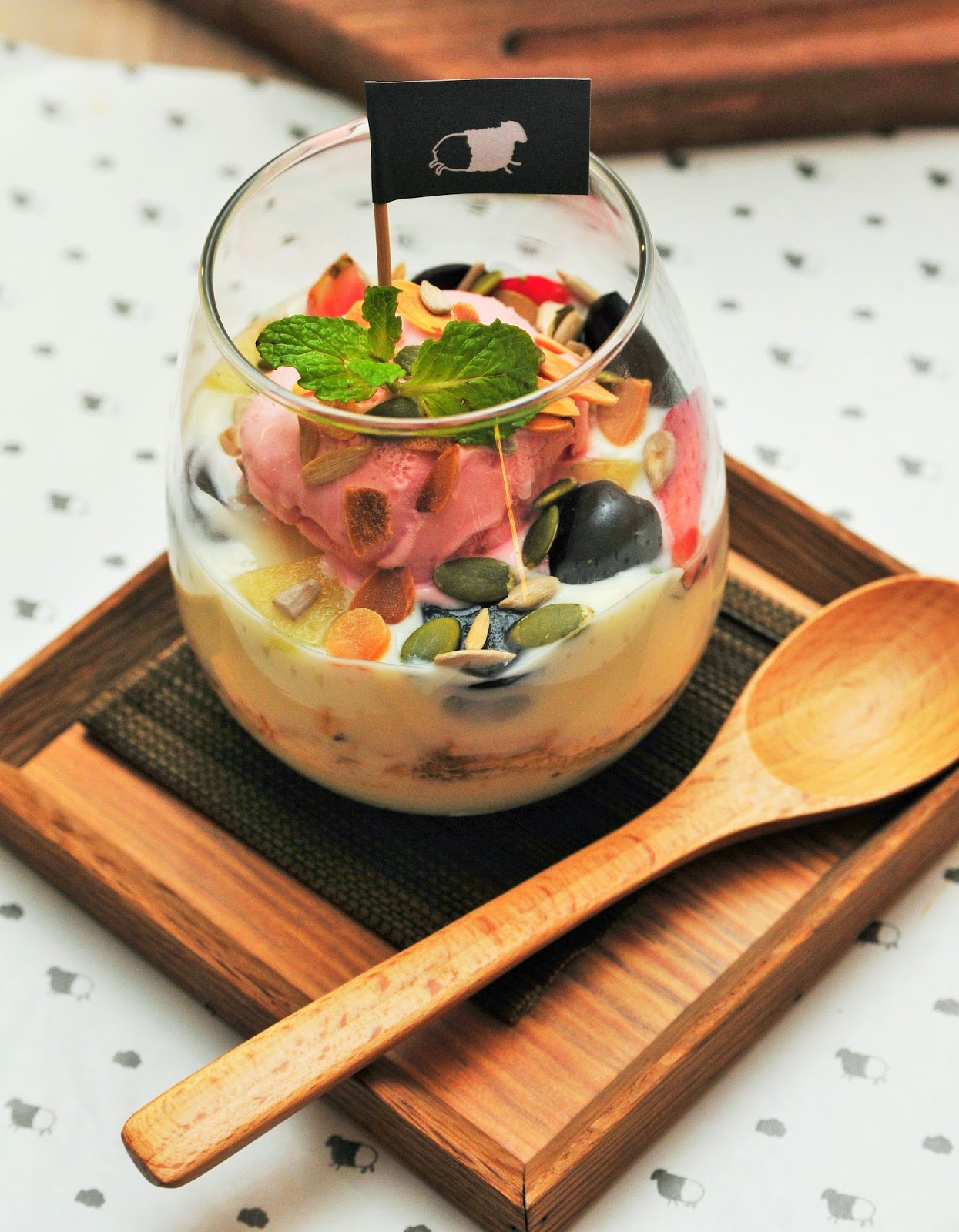 Those feeling guilt-ridden from all the temptations would be happy to find a viable option in the brunch menu, in the form of Granola Parfait. It's a filling serving that throws together plain Greek yoghurt with assorted fresh and dried fruits, nuts and seeds. Eat this and you'd feel like a saint for resisting those wickedly sinful offerings in the menu. 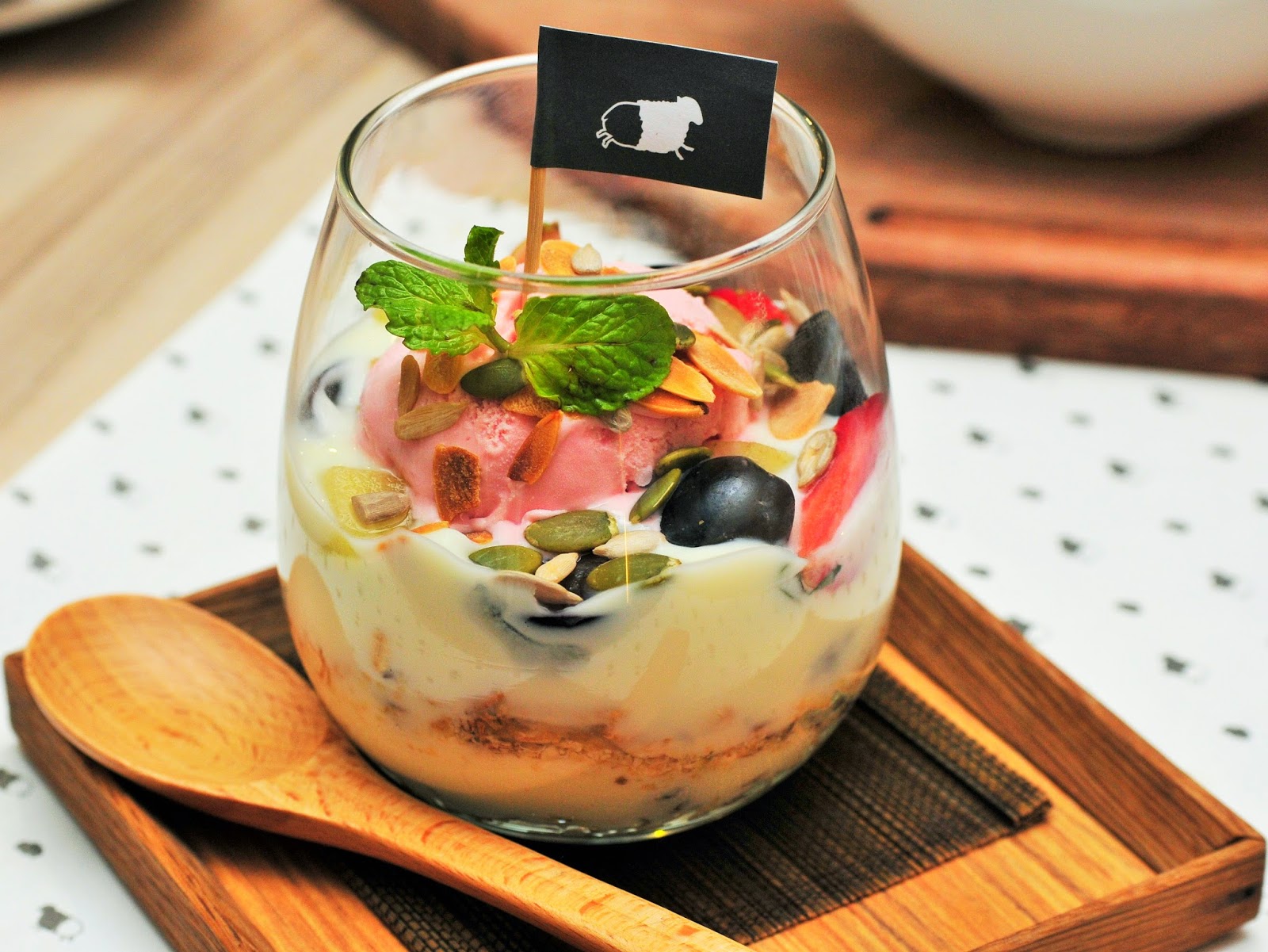 Another interesting find is Sizzling Prawn Platter (RM26) - a dish that's usually associated with most Chinese restos but here, Chef Beljian Neo has cleverly updated it his way. There's a little dramatic flair in the way it's presented too; the prawns come sizzling to the table in a cast iron skillet, doused with garlic infused buttermilk. The saucy hiss and wafts of garlicky fumes automatically sent our salivary glands into overdrive. Lightly battered, the prawns were delightfully succulent with sweetish tufts of chicken floss topping them. 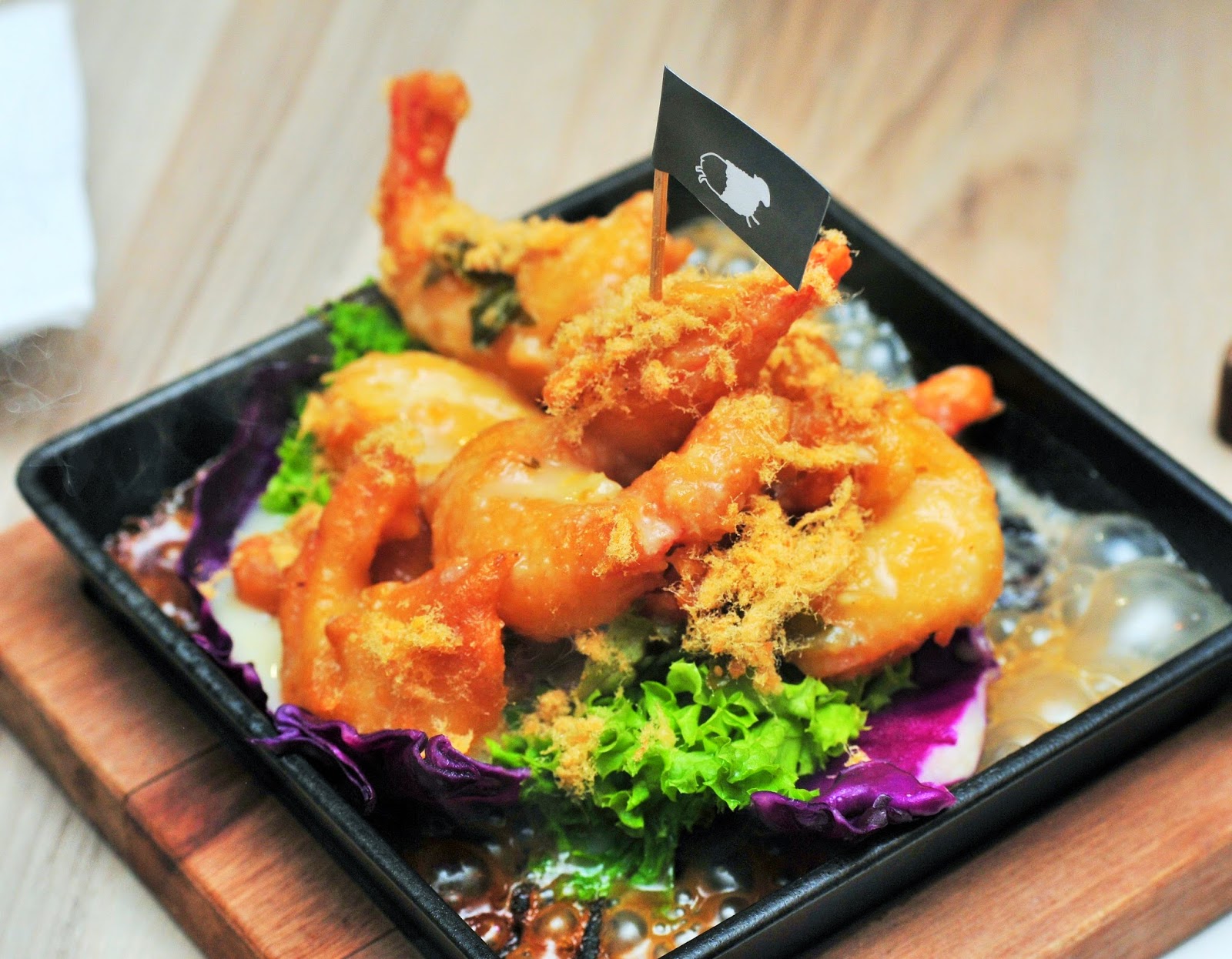 Dating couples who want something exotic may like Escargot (RM17). Instead of herb garlic butter, the young chef tricked up the complementing sauce with the assertive inflection of blue cheese, rounded off with some cream to take a little of the sharp edge off. We love dipping the toasty triangles into the savoury sauce. 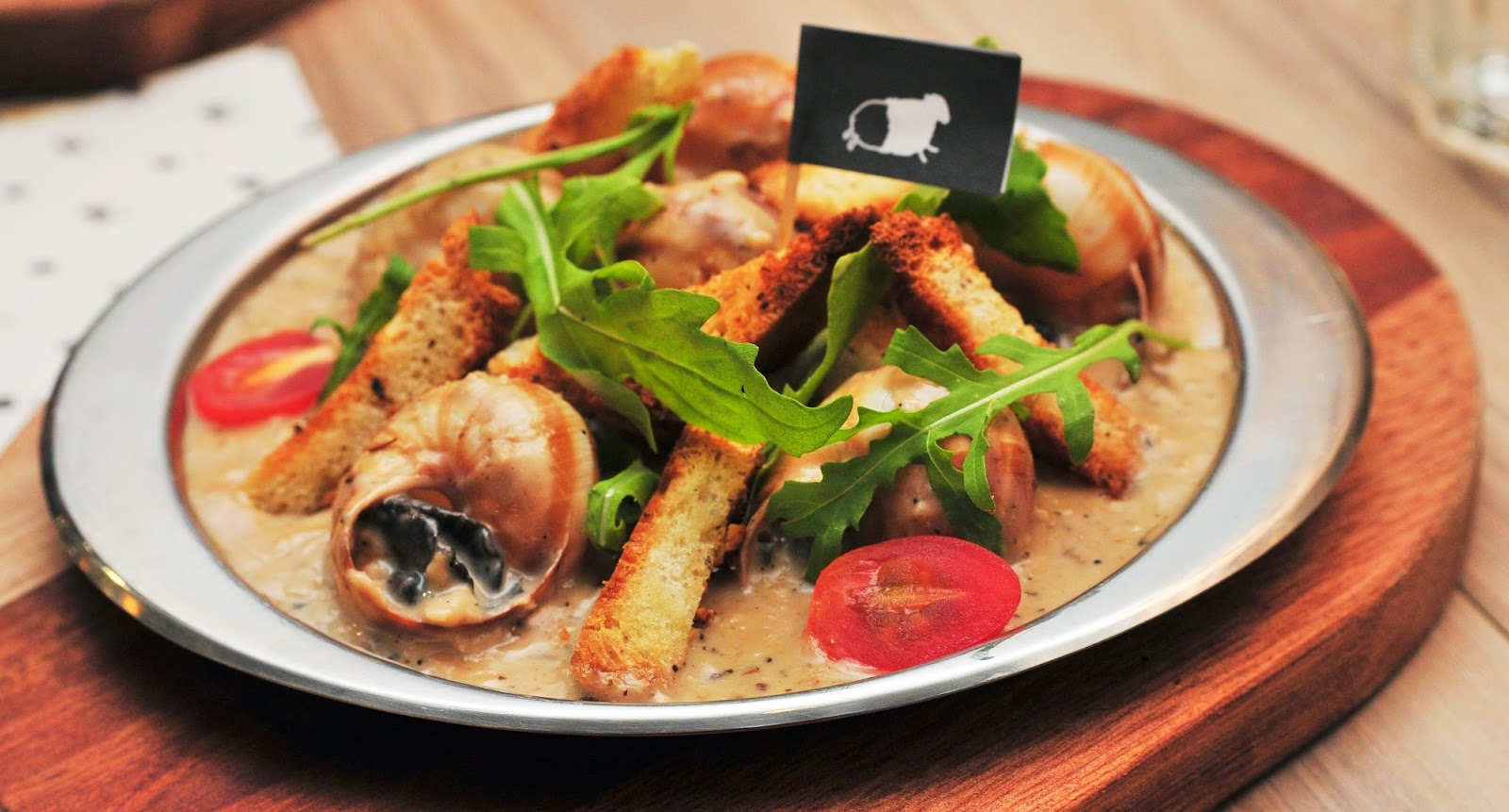 His six-year experience and passion for local/Asian fare is noticeable in the Thai-inspired red pepper pesto that stamped his touch onto the Griddled Salmon Fillet (RM39). The blend of peanuts, red pepper and Thai basil bestows the inherently oily fish with an exotically robust, nutty accents without being overly cloying. 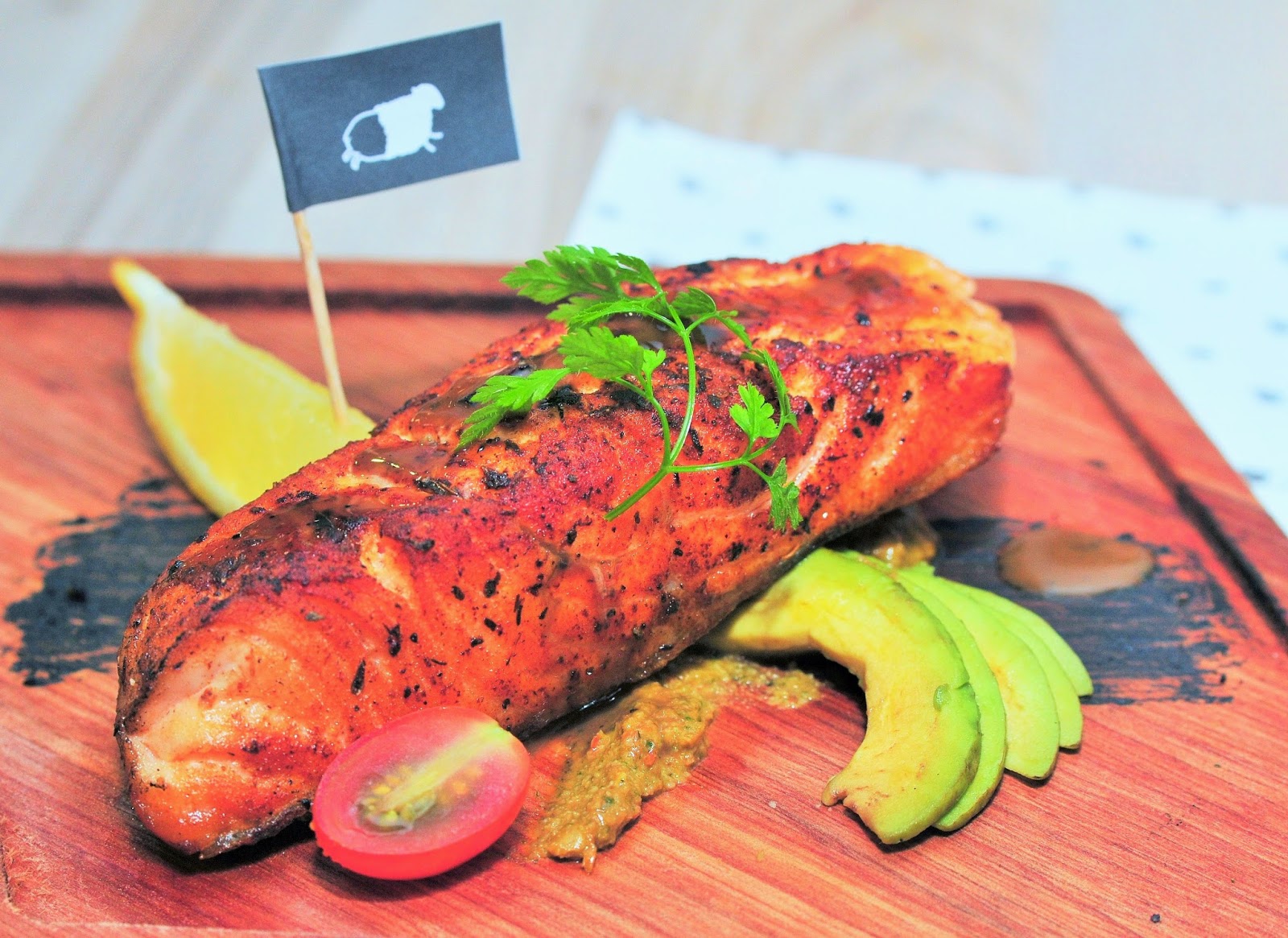 Another notable main is New Zealand tenderloin (RM57), lightly seasoned with the house rub. The 250g steak is adorned with garlic flakes and crosstrax potatoes with garlic-pepper sauce served on the side. 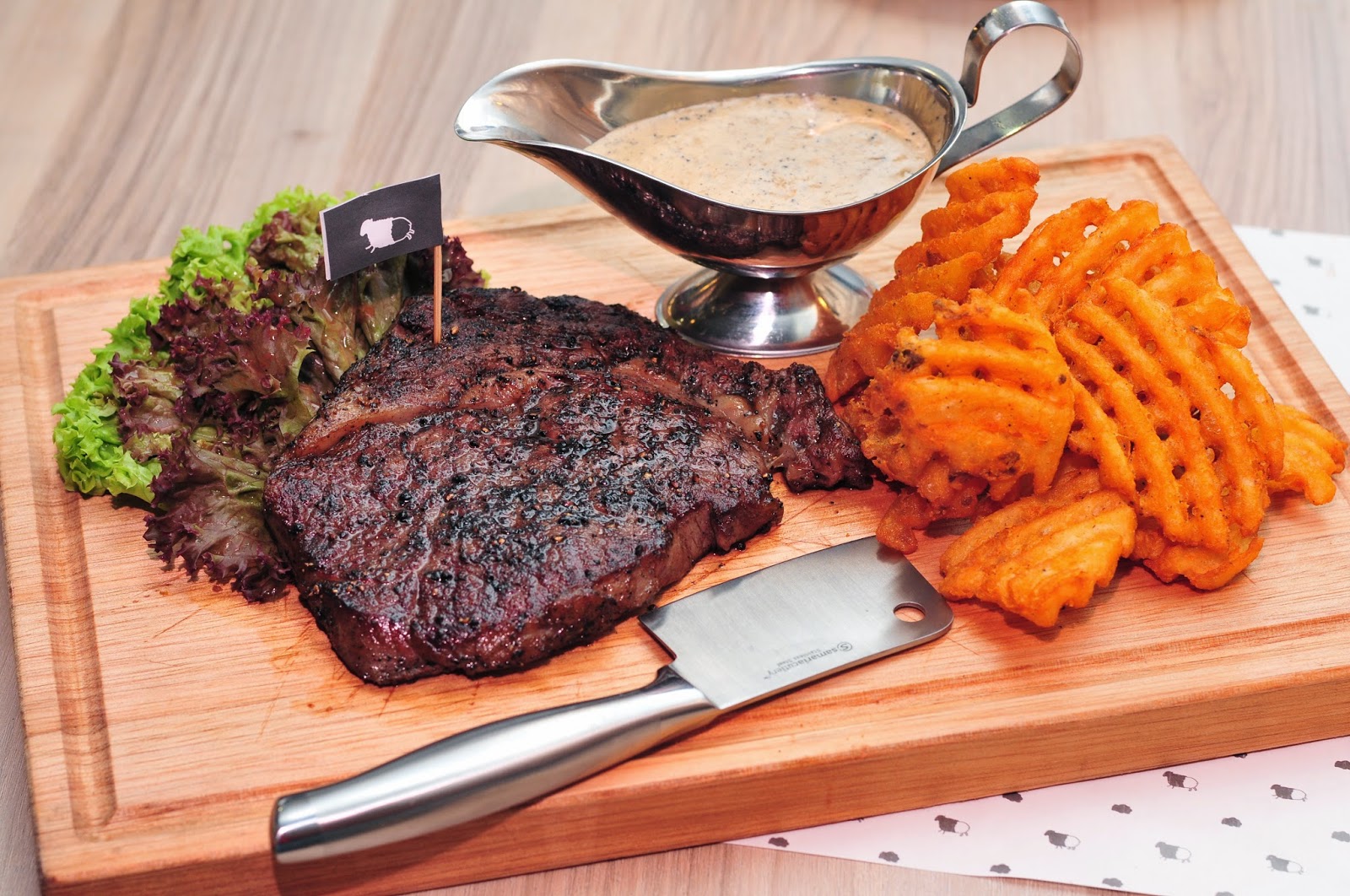 Pasta of course is popular among customers at such eateries and here it's no different. Newer variations are chalked up on the board so keep your eyes peeled when you drop in. We sampled the chef's special of Squid Ink Pasta (RM33) and found it decent enough to rival some of the more renowned quick-service restos. 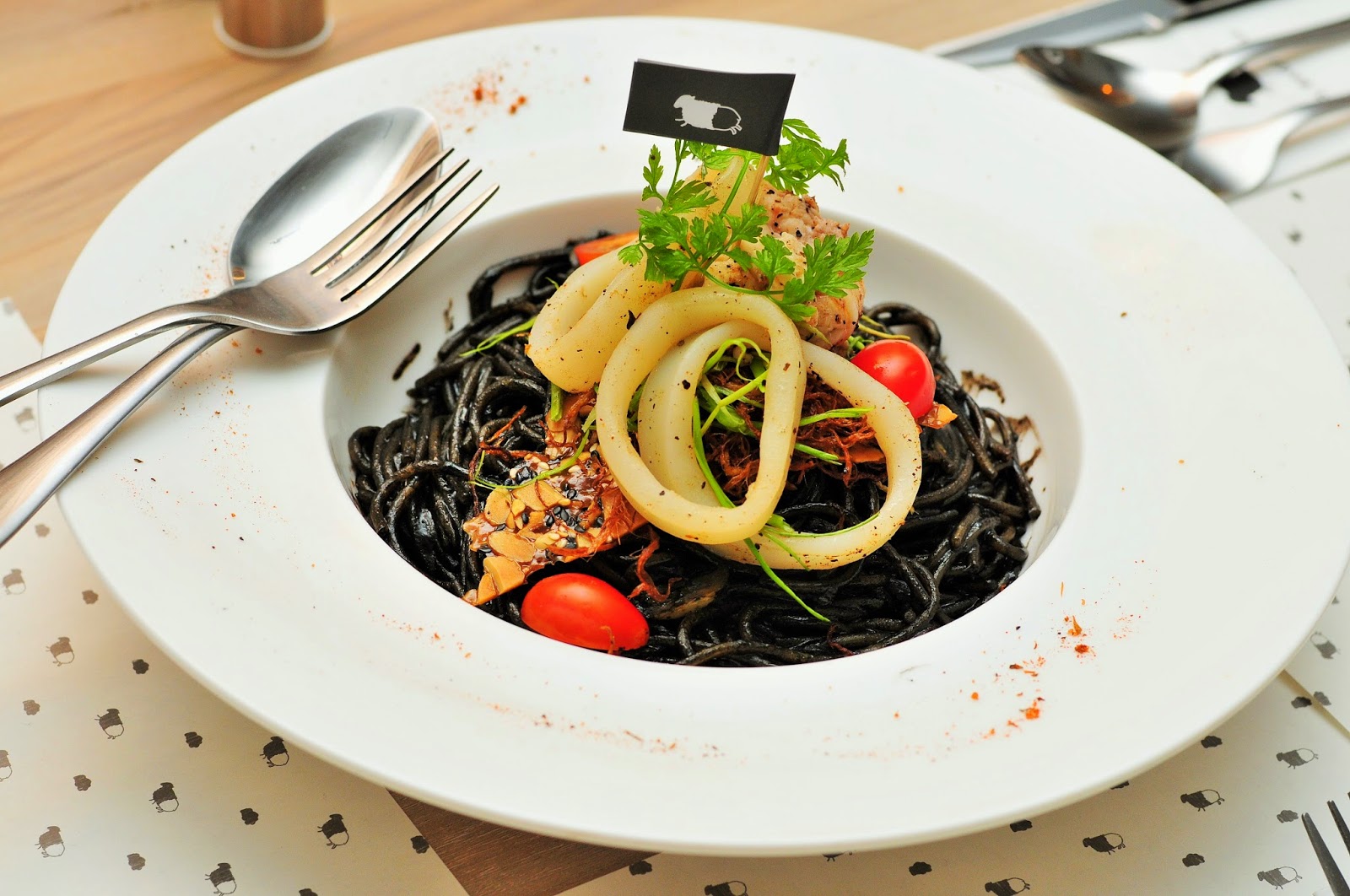 According to Chef Neo, the cafe has customers who come from miles away to savour the house dessert of Sizzling Brownie (RM17) after reading it online. We soon realised its appeal - it boils down to the clever gimmick which again stirs the senses - when the sauce is poured into the skillet, the liquid addition hissed and bubbled around the thick slab of homemade brownies with roasted walnut and double chocolate gelato. Now, that's sweet music to any dessert lovers' ears. 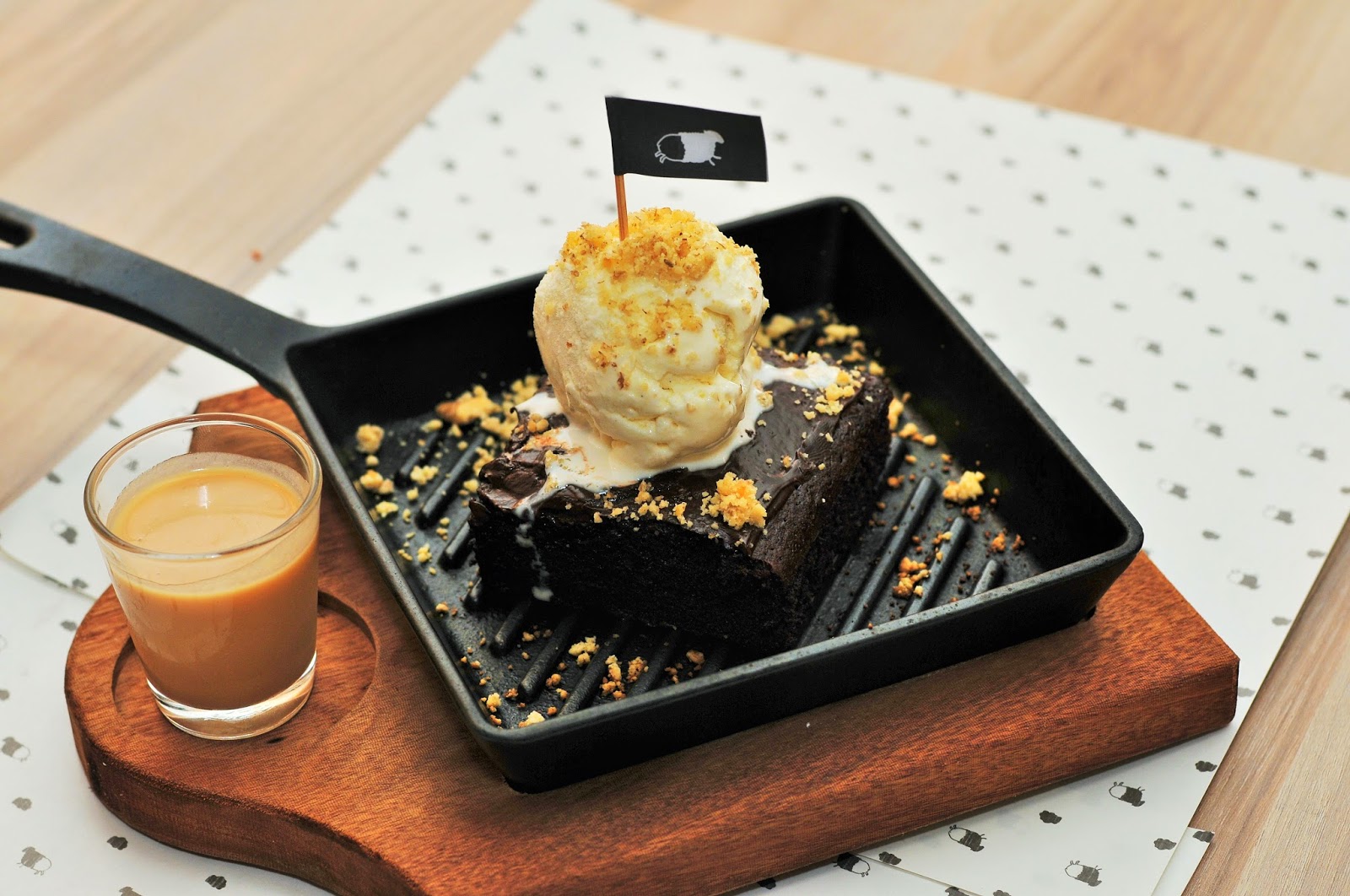 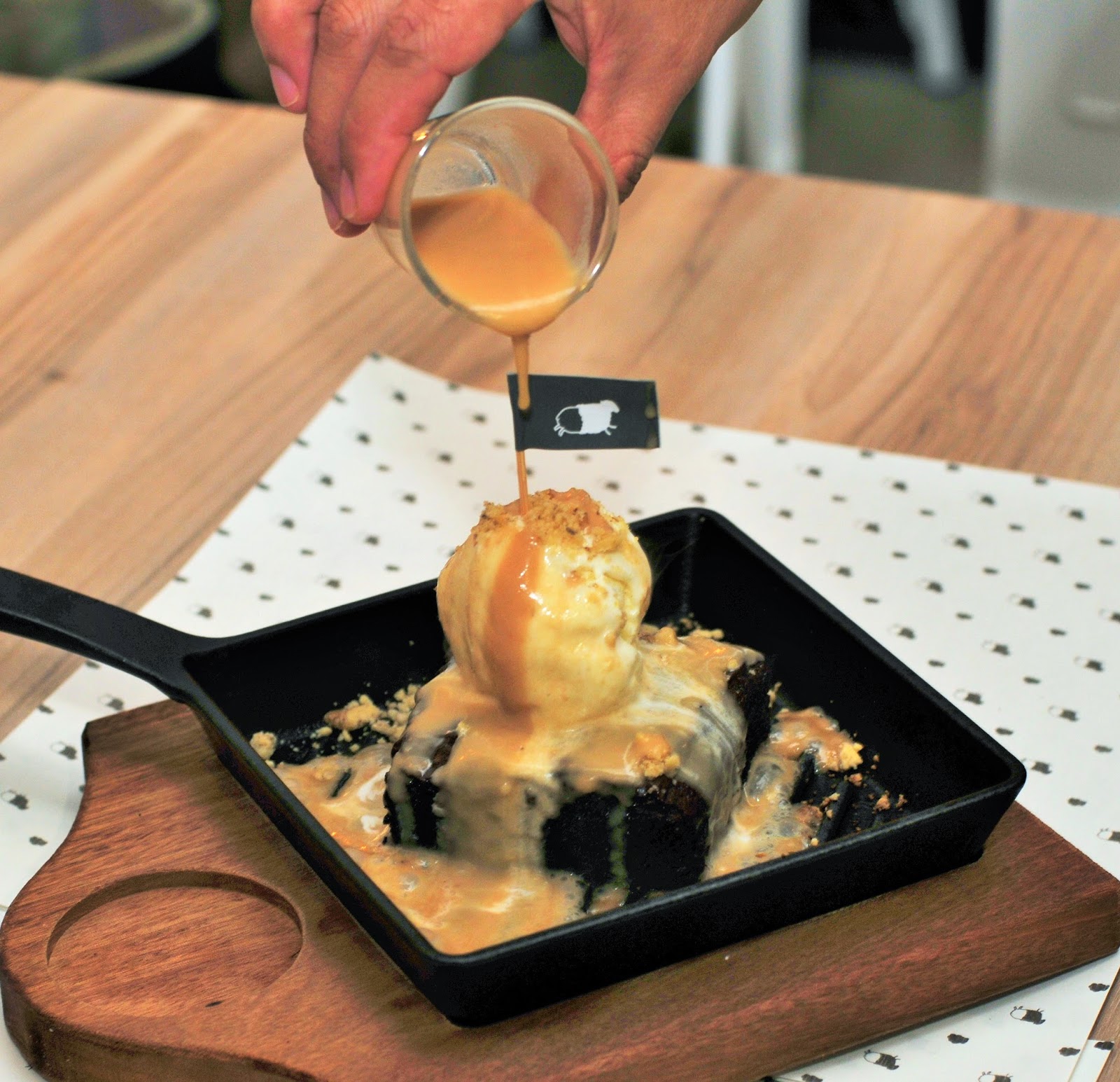 While most cafes tend to fall short in the food department, 3 Bags Full seems to have a capable grasp of this aspect. The menu is constantly being refined and improved so brace yourselves for more pleasant culinary surprises in the coming months. 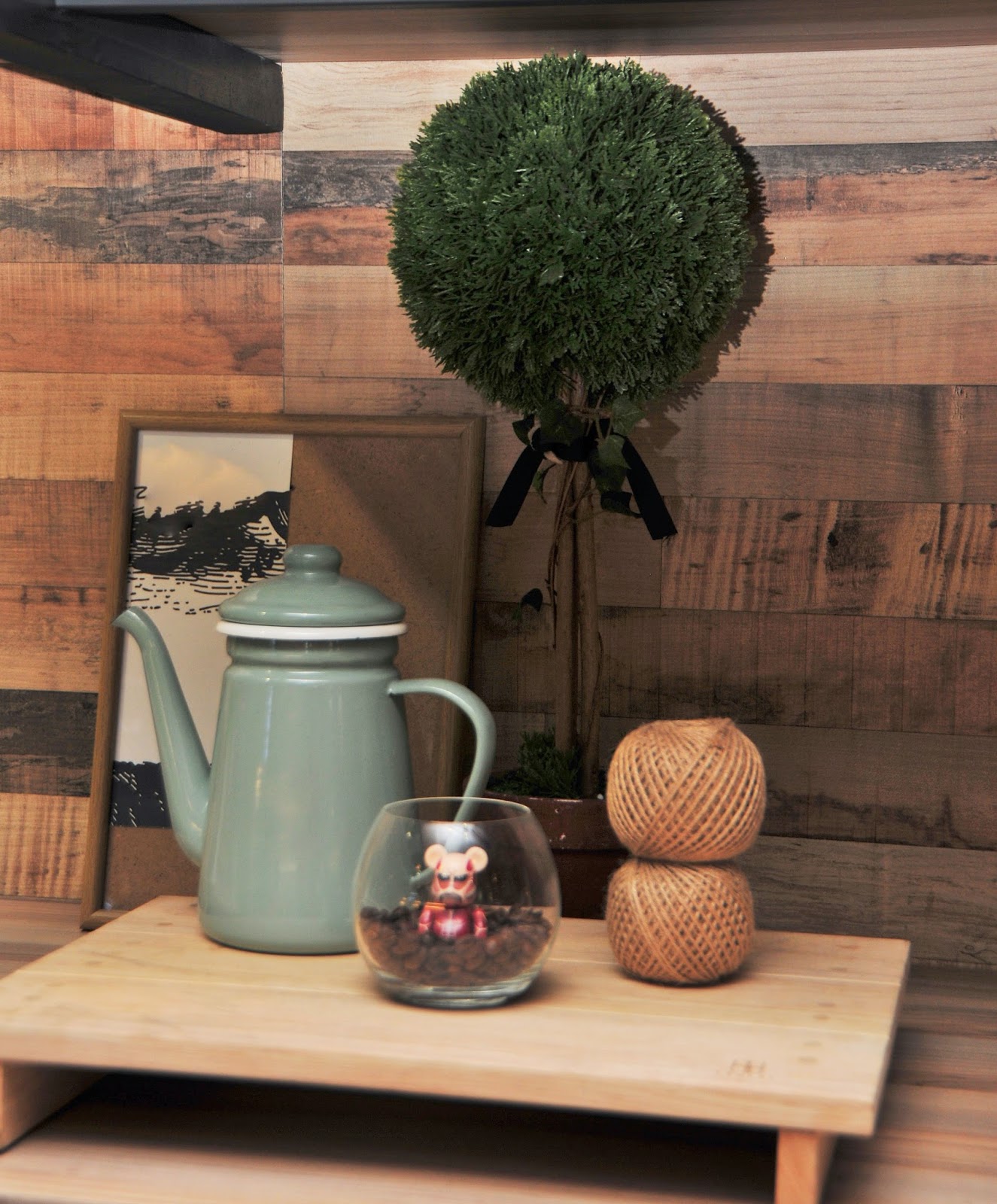 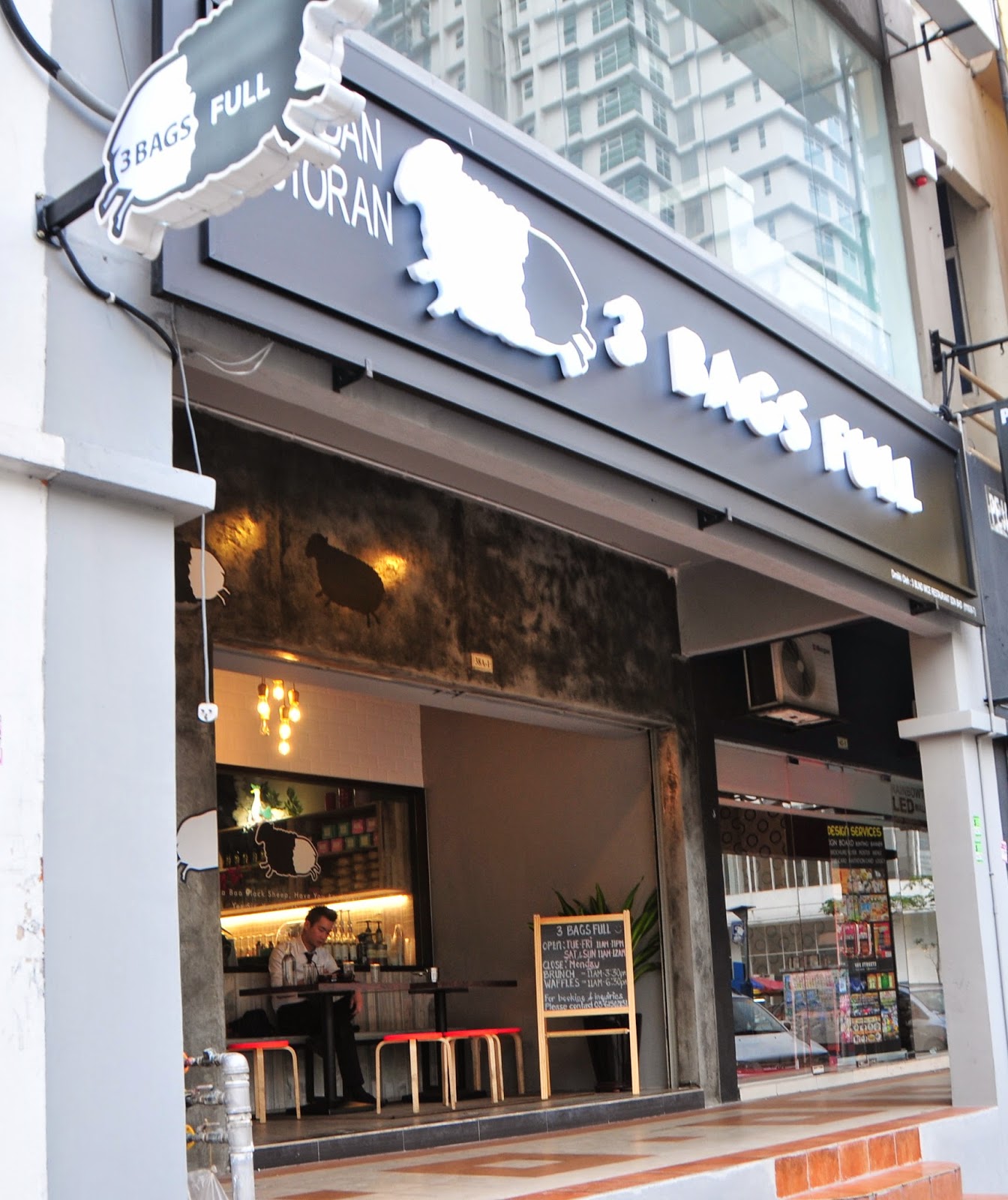 oh my, Alice! This place looks like heaven!! Great work and thanks for sharing. I am drooling all over already ahaha *_^