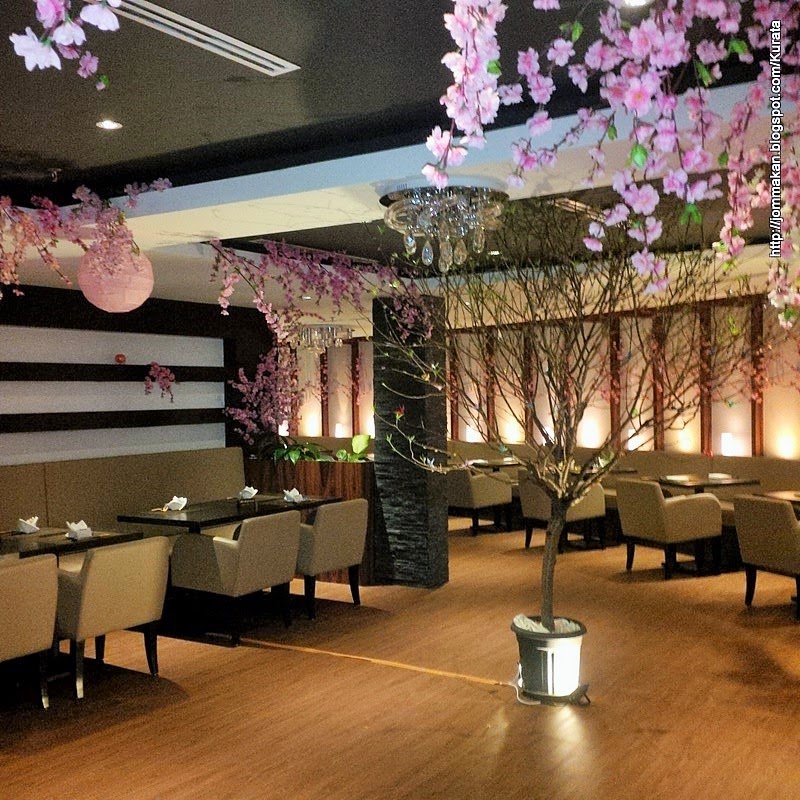 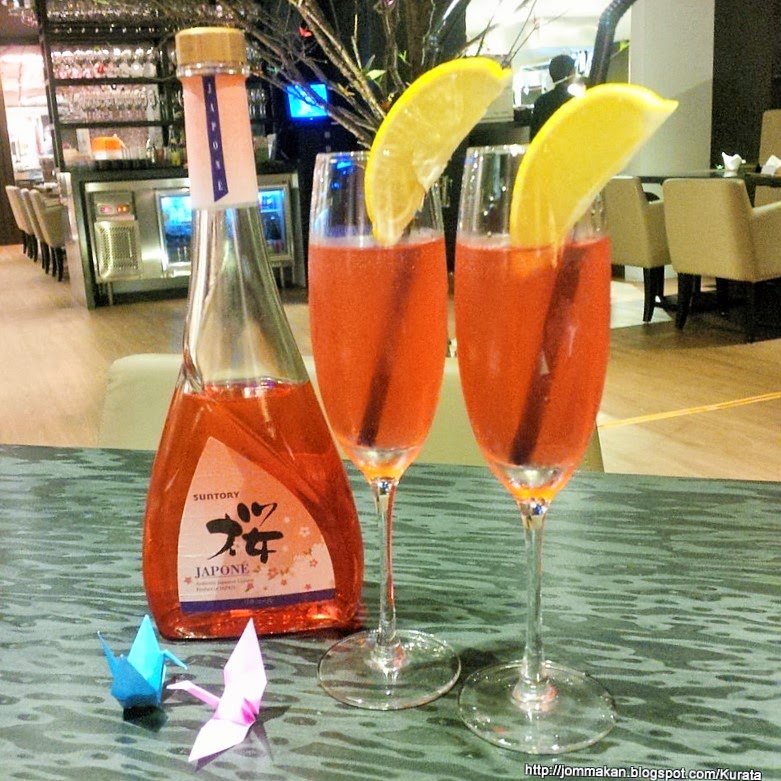 It's impossible to turn down an unexpected birthday treat especially when it came from an old friend one has known for years. That was how I found myself dining at Kurata - a serene Japanese food haven where slate and wood accents dominate. 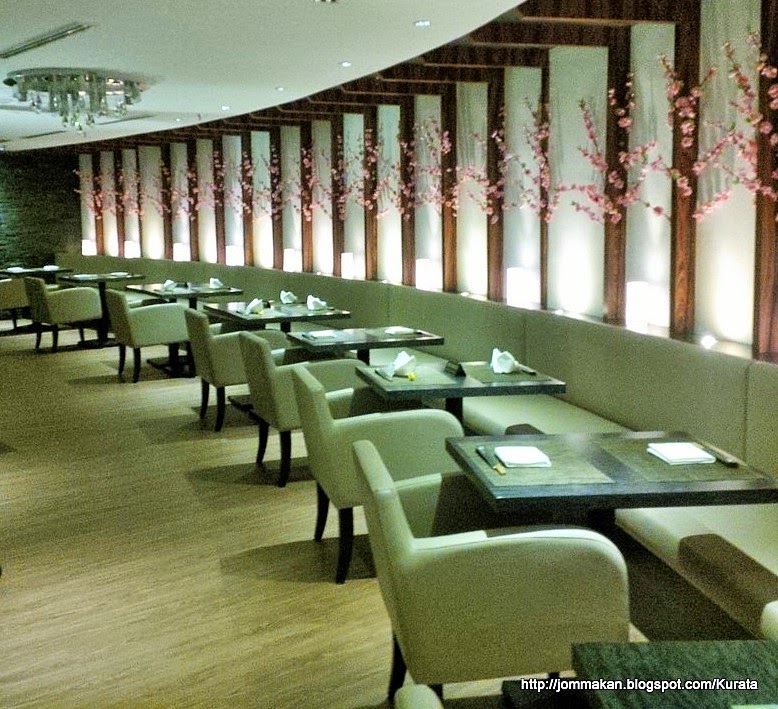 Tucked away in one discreet corner of ParkRoyal KL hotel, we were greeted by a profusion of faux pink cherry blossoms. Kurata Fine Dining heralds the arrival of spring with Hanami Fair - cherry blossom viewing at its own premise by bringing in live, cherry blossom trees for diners to admire. We were quite taken with the tiny buds and pretty blossoms. Almost every nook and cranny of the resto was also adorned with sprigs and masses of them; to mimic the scenic sights back in the Land of the Rising Sun. 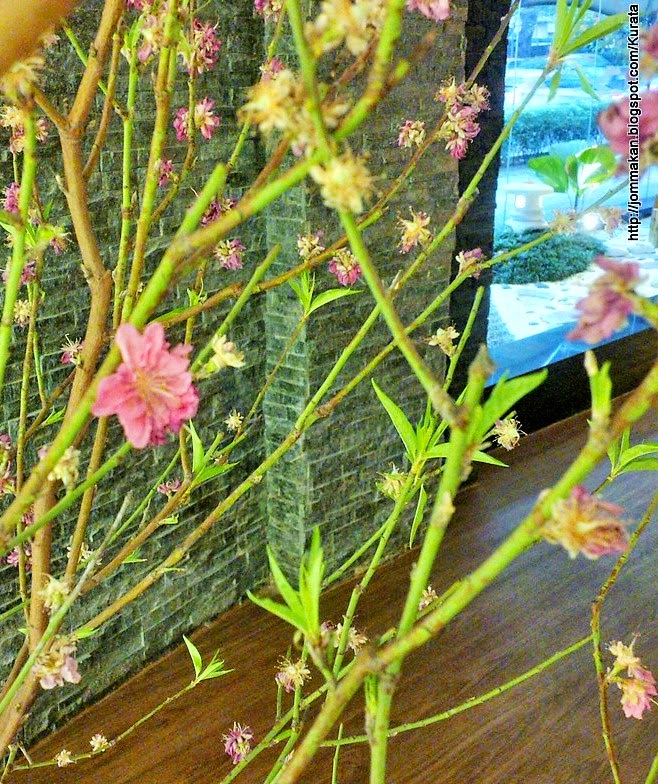 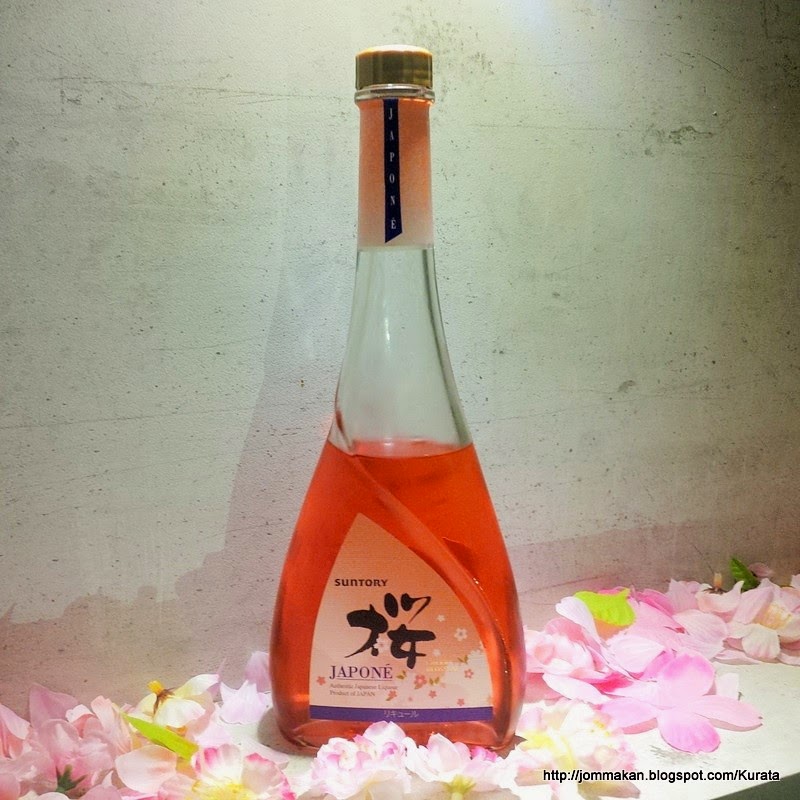 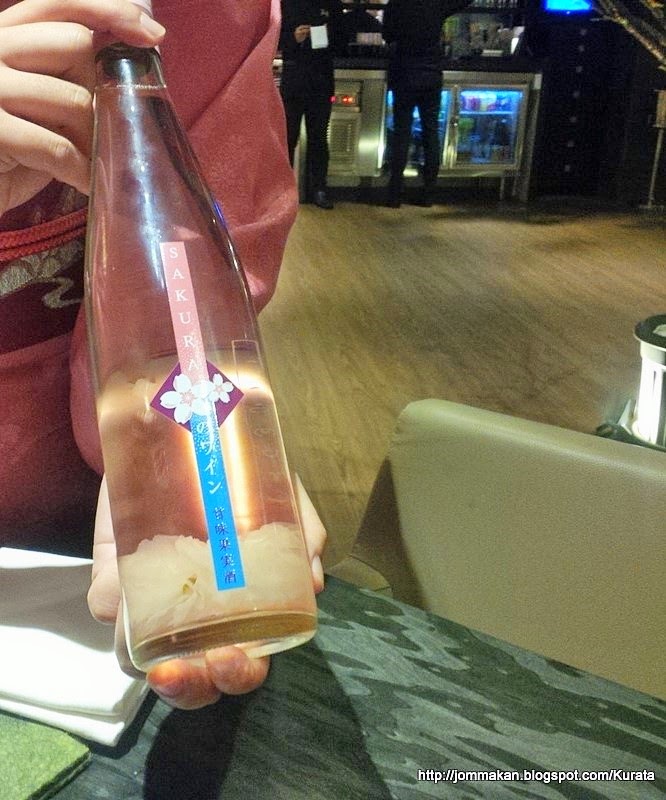 Manager Ayaka Fukuda ushered us to our table, highlighting to us that special menu items are also the norm with each season. For spring, you can expect sakura blossom wine and liquer as well as delicate temptations with pickled and preserved cherry blossoms. 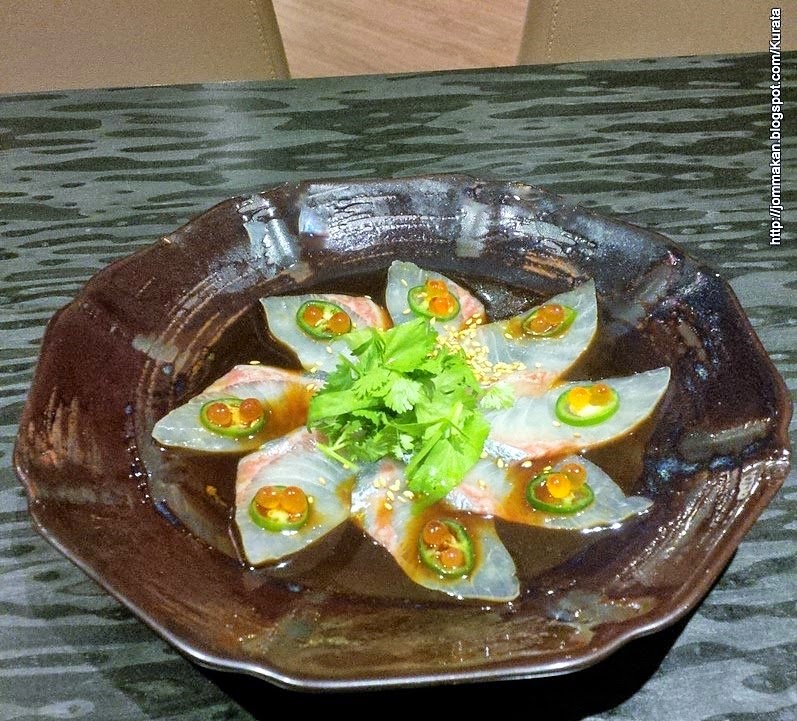 Our dinner got off to a positive start with King Fish Jalapeno with Calamansi Sauce (RM50++). According to Ayaka-san, the dish melds global culinary influences - that of Japan (raw fish), Philippines (from the use of calamansi juice), Korea (fresh coriander topping) and Chile (sliced jalapeno); a reflection of Kurata's chefs' international experiences. It was a delicate yet flavourful appetiser that briny and citrusy notes punctuated with a little heat and bright grassy freshness. 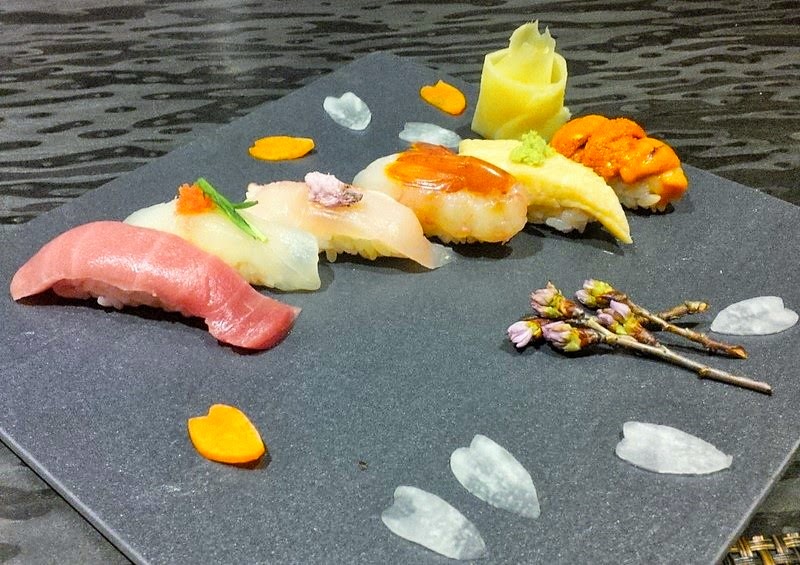 Here's another tip: visit on Tuesday, Wednesday and Friday for these are the days supply of fresh fish from Japan is delivered to Kurata. We opted for the Premium Sushi Koto (named after a traditional Japanese musical instrument, 6 pcs of sushi at RM150++) featuring the chef's choice of the day's freshest catch. Head sushi chef Makoto Saito or Sam takes great pride in presenting his handiwork here. 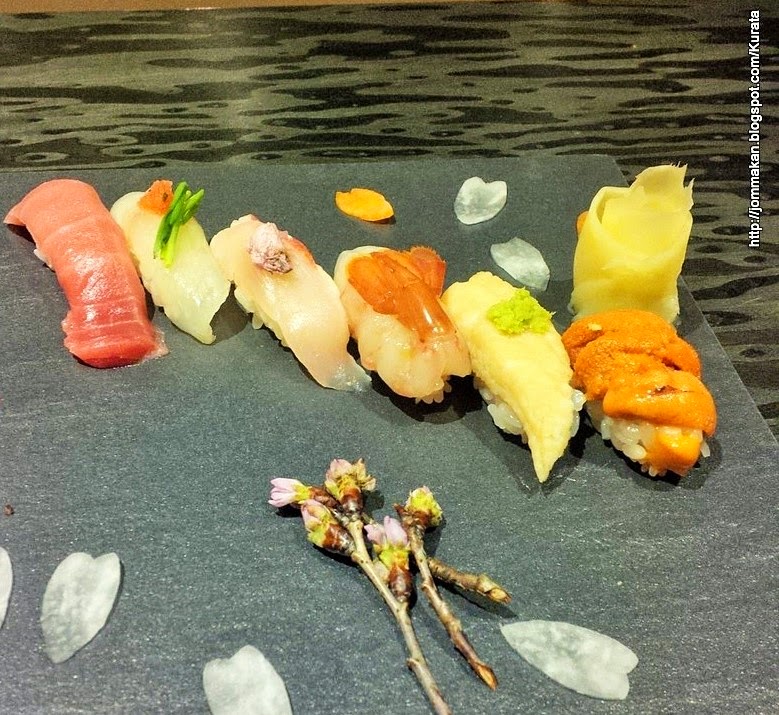 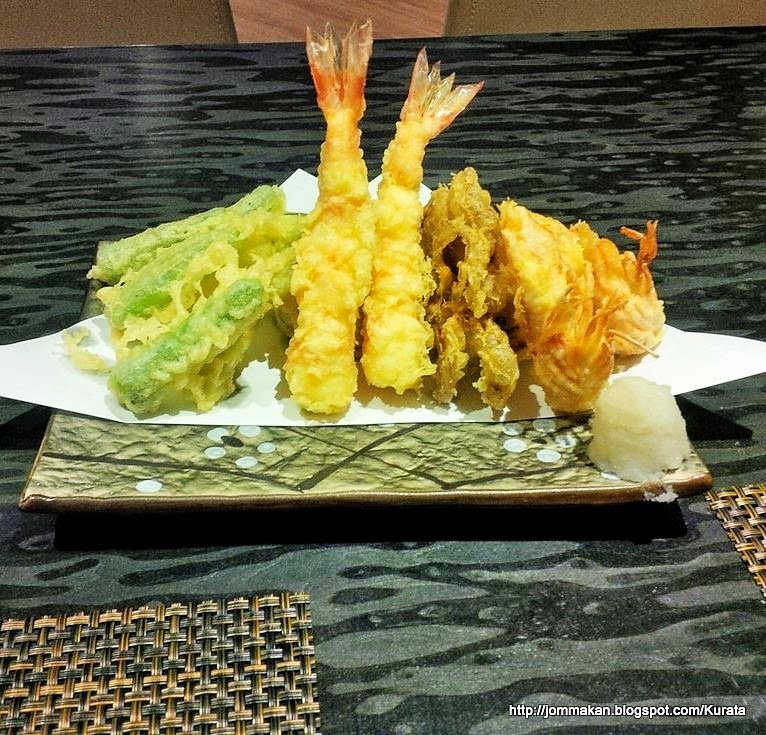 When it came to the crunch, we went with the Assorted Tempura (RM93++). Kurata is justifiably proud of Chef Fujiwara's special batter recipe that ensures each morsel is coated in an airy-light batter that's crisp to the bite - a sheer coating without a trace of greasiness. 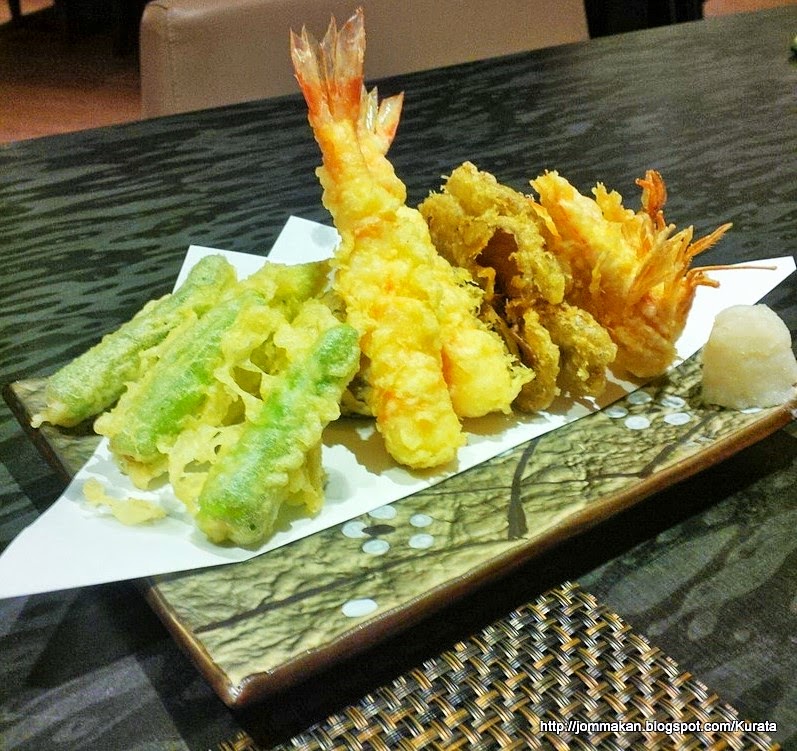 Our mixed combo comprised shrimp head (best dipped in a little salt) and a whole botan prawn, a fat stalk of asparagus, maitake mushroom, shishito (Japanese green pepper) and sweet potato. Again there's no hard and fast rule on what you'd get as items change with the seasons but suffice to say, the tempura was flawlessly executed. 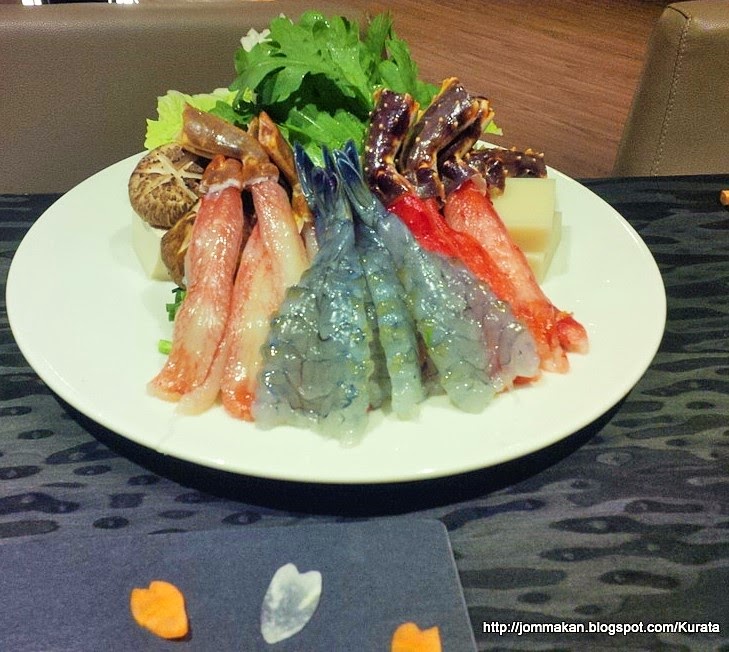 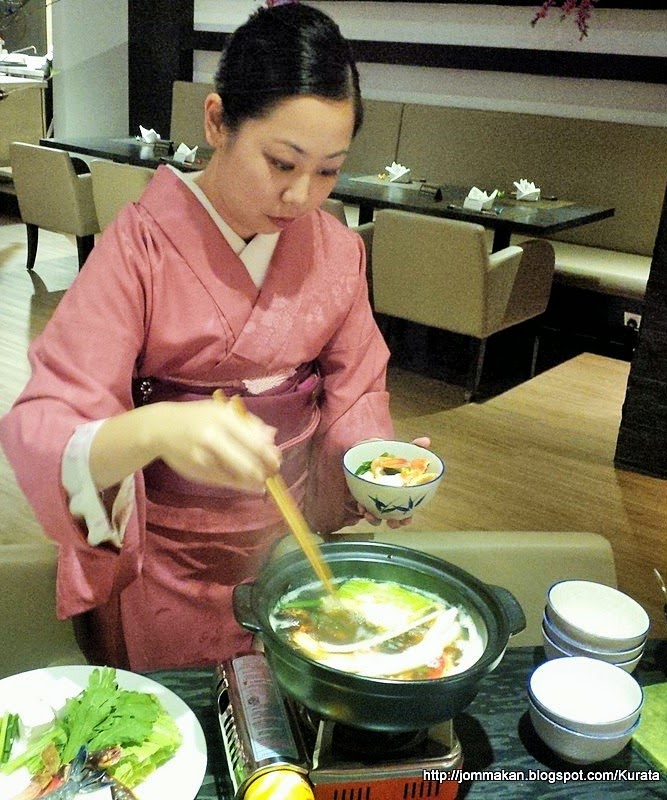 You can also soup up your dining experience with a hearty dish like Seafood Shabu Shabu (RM155++). A serving is ample enough for two light eaters to share. Mirin, konbu (kelp) and shoyu along with crab and shrimps form the soup base - a clear canvas to amplify the inherent flavours of chosen ingredients: snow and king crab legs, prawns, mochi (rice cake), shungiku (edible chrysanthemum leaves), beancurd, mushroom, negi (spring onion) and hakusai (Chinese cabbage). This is cooked at the table side. 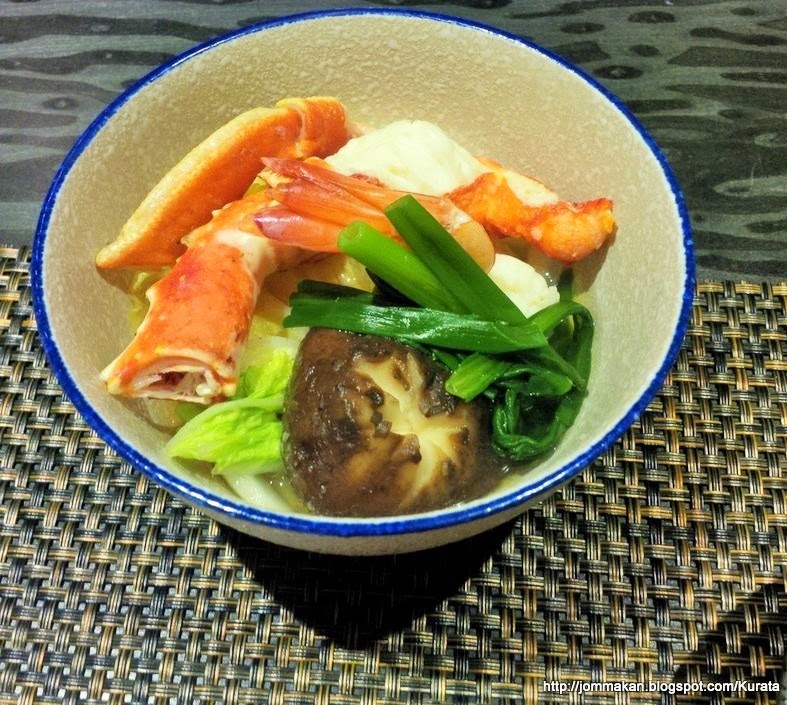 Carb fans would enjoy the Seasonal Kettle Rice (RM35++). Its unusual name piqued our interest so much that we decided to splurge on that. Ayaka-san explained to us that different season heralds different produce used to prepare this. Ours came with salmon and mitsuba (trefoil) but it may be bamboo shoot, eel or sweet potato, depending on seasonal ingredients availability. 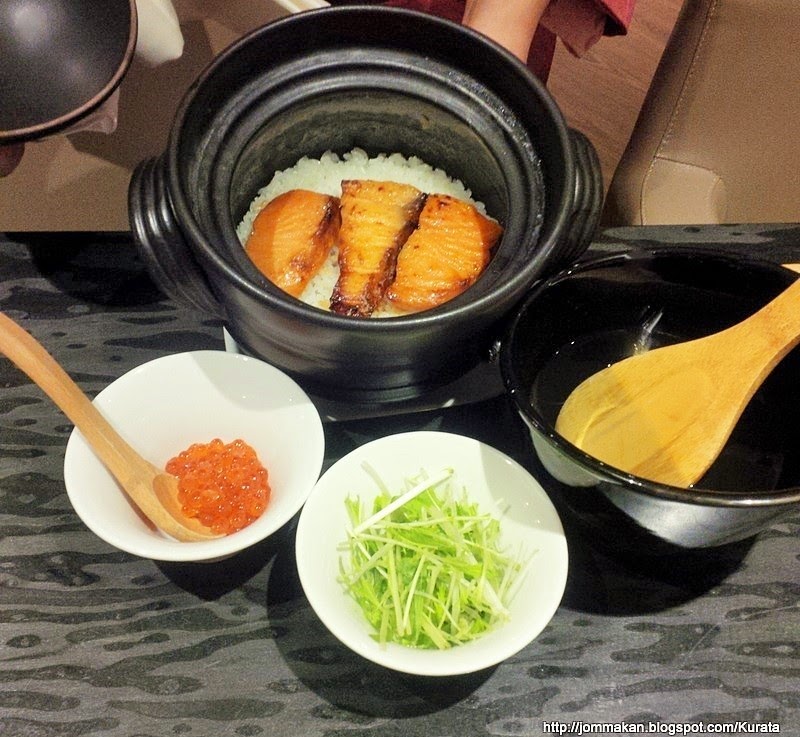 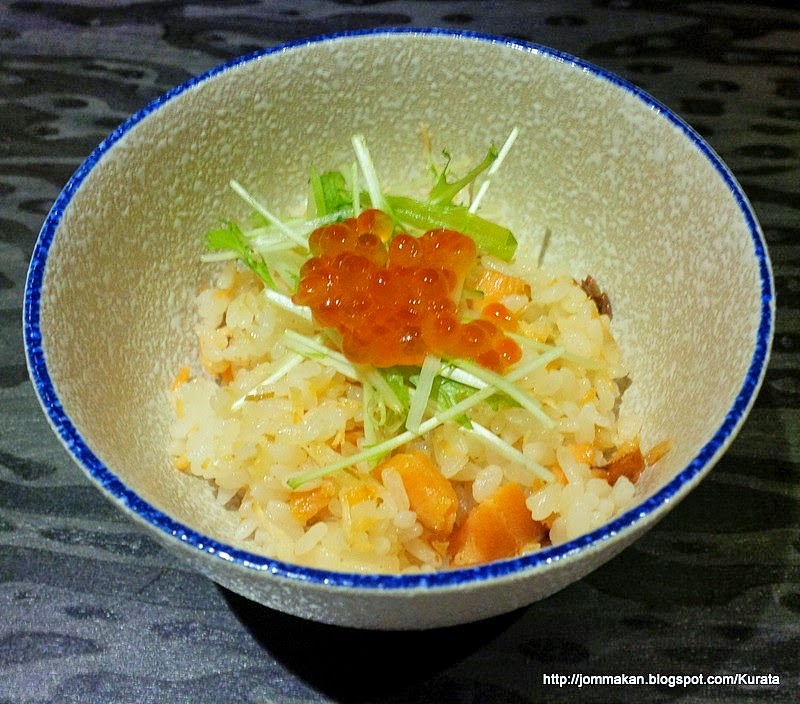 Several set menus are available for dinner; ranging from Speciality Tempura (RM240++) to Wagyu Rib Roast Sukiyaki (RM320++). These are multi-course meals that leave you replete. For example, the tempura set consists of appetisers, sashimi, five kinds of tempura, miso soup, rice with pickles and dessert. 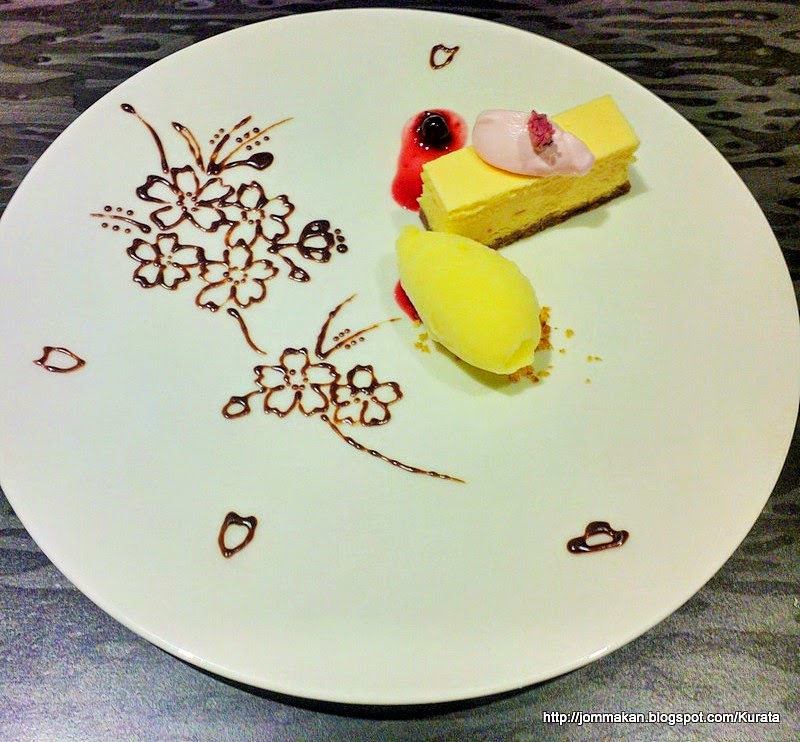 Dessert is about the only area where foreign influences are noticeably stronger with distinct Japanese touches omnipresent. Light yet rich, the Cheese Cake with Brown Sugar and Cinnamon Crust (RM24++) is a good example. What makes it special is the dollop of blush-pink sakura cream atop our slice of decadent treat. For a refreshing, citrusy slant, try the Yuzu Ice Cream (RM12++) which is studded with bits of the Japanese citron.