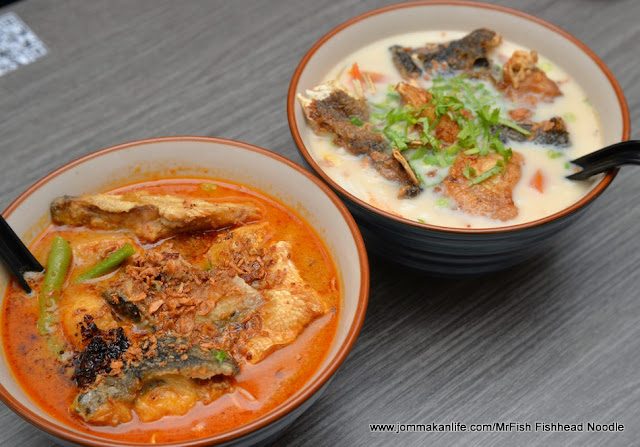 Only the Chinese wouldn't bat an eyelid at eating fish head - something most people may consider weird and bizarre. Hence it should come as no surprise eateries specialising in fish head noodles should thrive in our local food scene. 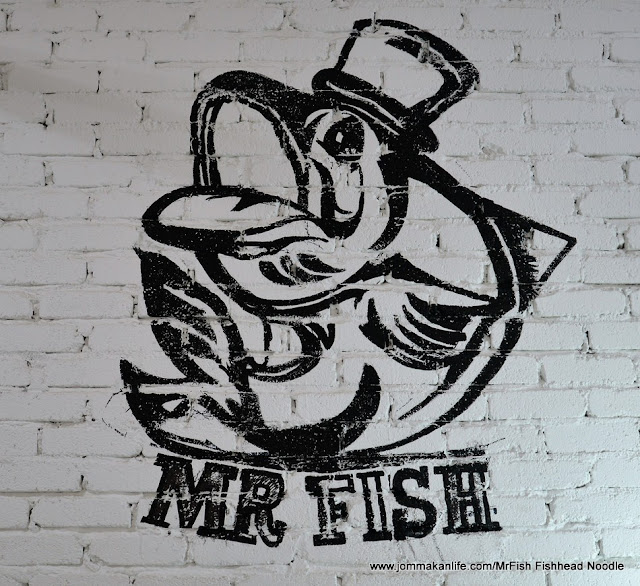 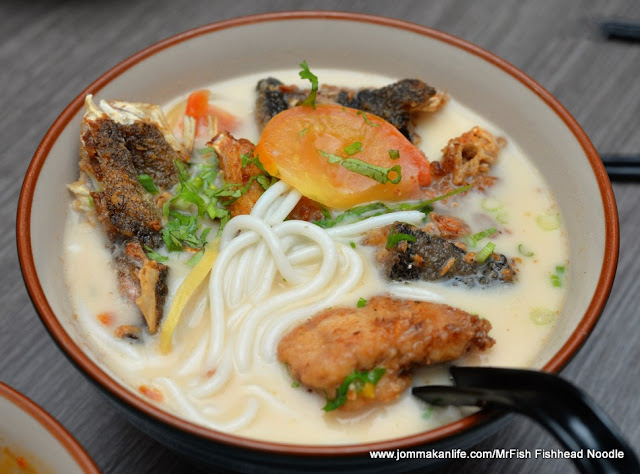 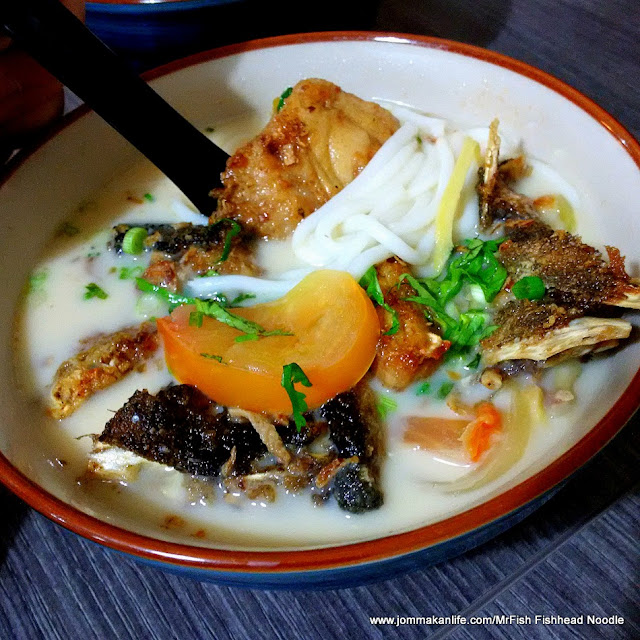 One such restaurant is Mr Fish Fishhead Noodle Restaurant in Damansara Kim, where discerning fish head noodle fans will readily stumped up for a taste of the Fried Tiger Grouper Fish Head Noodles (seasonal price). During our visit, we tried the equally agreeable Fried Barramundi Fish Head in Traditional Milky Soup (top pix, RM11.90). Tomato wedges, strips of salted vege (hum choi) and ginger piled on the nuances and textural interest to the soupy ensemble. 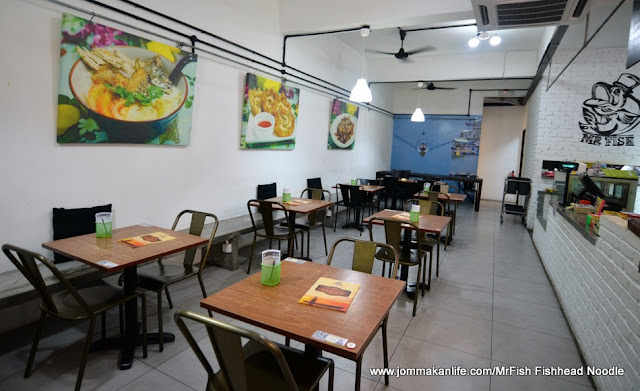 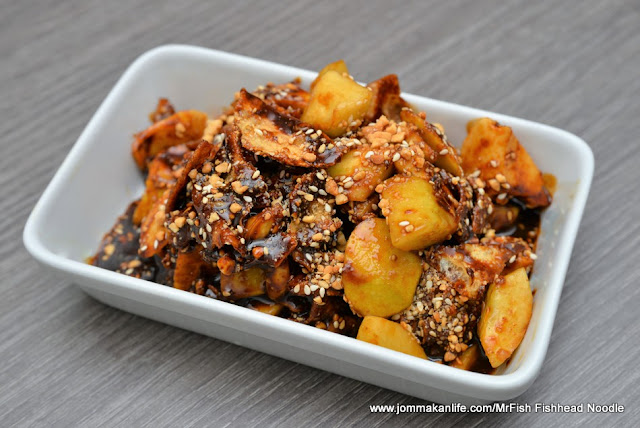 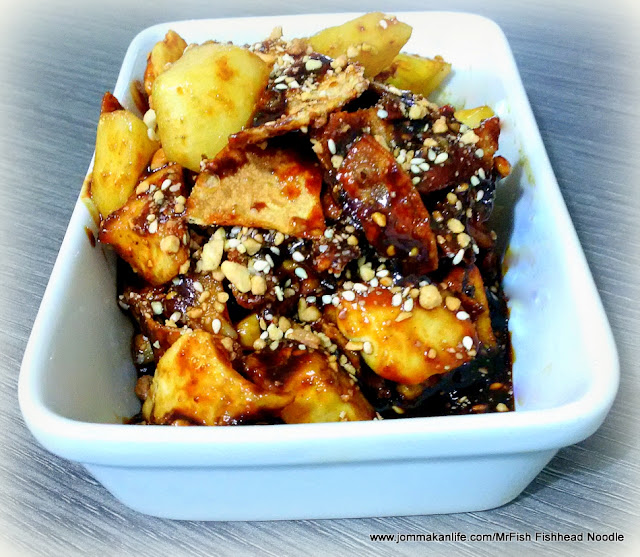 While waiting for your fishhead noodles to arrive, try some of the side dishes available. The chunks of local fruit and shards of fried cracker tossed in dark, sticky har kou (prawn paste) dressing and sprinkled with crushed peanuts and sesame seeds for its Rojak passed muster. Personally I'd like more savoury depth to the sauce which means adding more belacan to the equation. 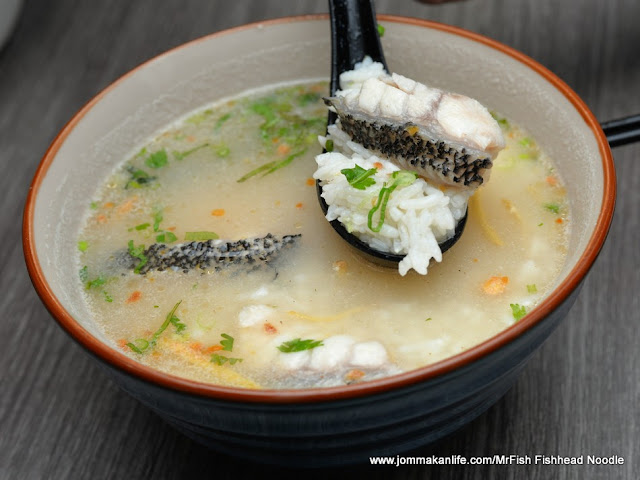 Despite my disinclination towards soup and porridge, the clear sweetness from the house speciality of Teochew Porridge with Grouper Fish Fillet (RM15.90) won me over. Simple and basic, you can't really go too far wrong with this humble dish. 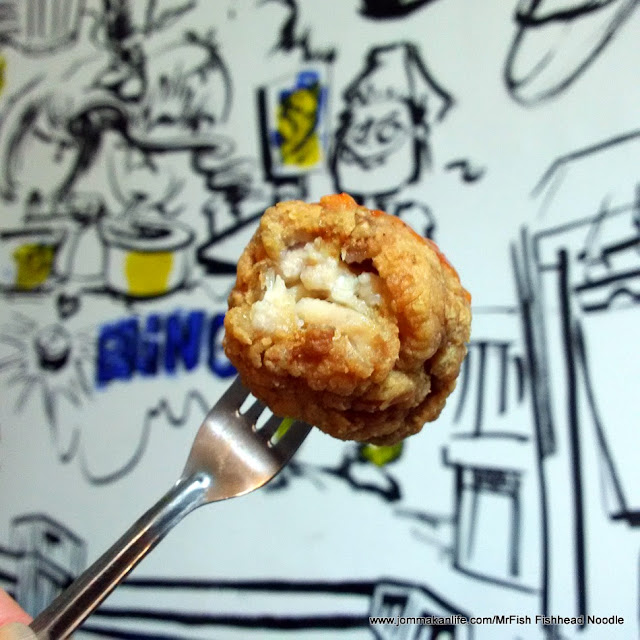 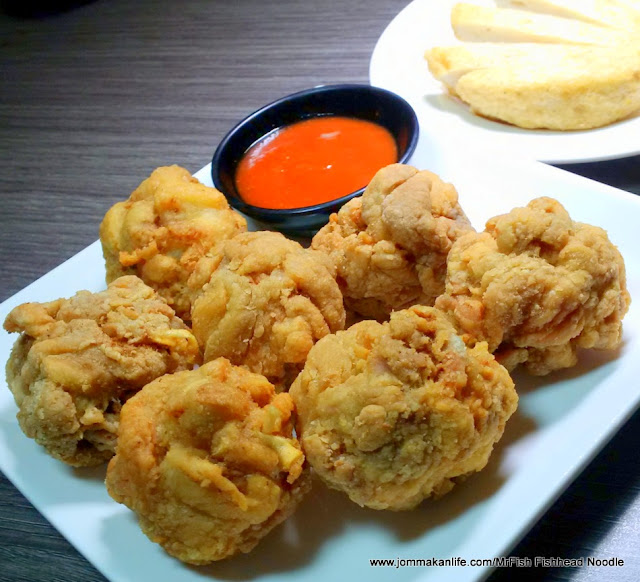 The one speciality worth returning for is Chicken Karaage (RM12.90). Made from succulent boneless chicken thigh meat, the crisply battered balls were delightful and came close to rivalling those found at Japanese restos. 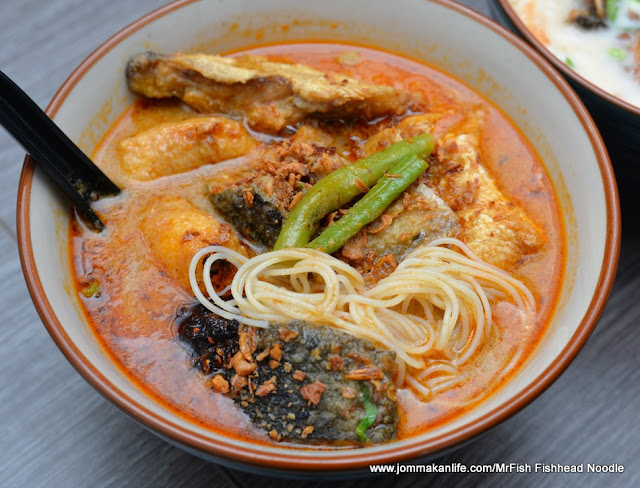 Lightly creamy with piquant spice accents, the curry broth from the Fried Norway Salmon Fishhead in Curry (RM12.90) was better than we had anticipated. Fried minced garlic and long beans gave the noodle additional flair so it got the thumbs up from our dining party. 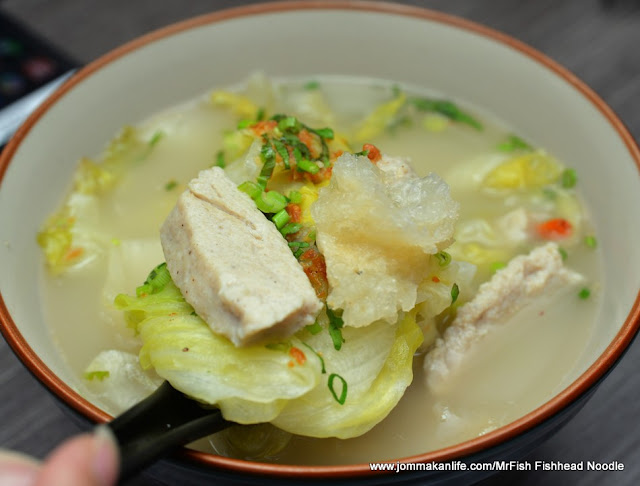 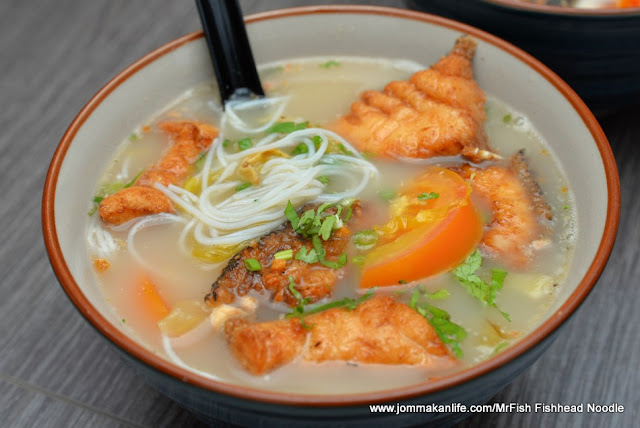 Purists who prefer to eschew milk in their fishhead noodles should find ample succour in the Fried Grouper Fish Fillet in Traditional Clear Soup (RM15.90). You can also add fish paste and fish blubber at extra charge. Our main pet peeve here is the lukewarm broth which failed to amplify the inherent sweetness of the fish. 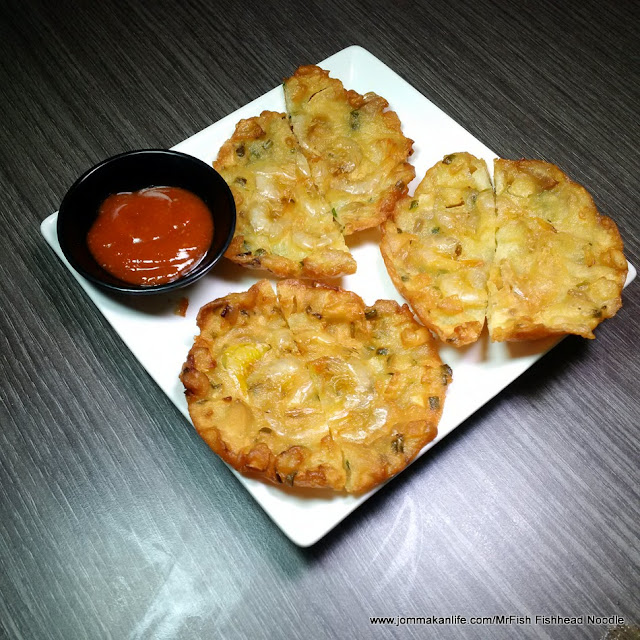 We weren't too big on the Crispy Prawn Fritter (RM5.90–3 pcs, RM8.90–5 pcs) either as I'm too spoiled by good homemade versions. The ones served at the resto were hard and dry instead of being light, airy and pouffy crisp. 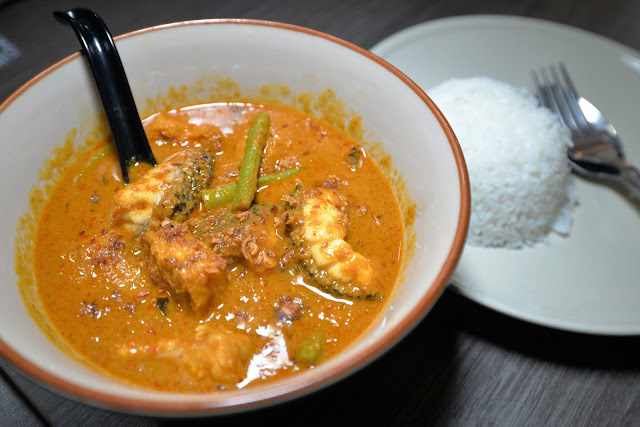 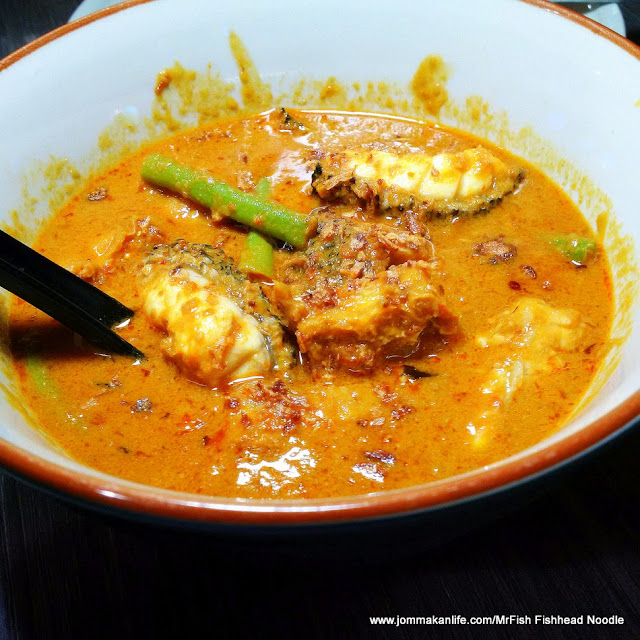 For those who crave for rice, fret not. Sample the Curry Fish Fillet Rice (RM16.90) with a choice of different fishes available. It tastes similar to the curry broth we had earlier but the owner told us it was a different recipe. Also additional ingredients such as fish maw, fish paste and spinach can be ordered separately starting from RM6 onwards. 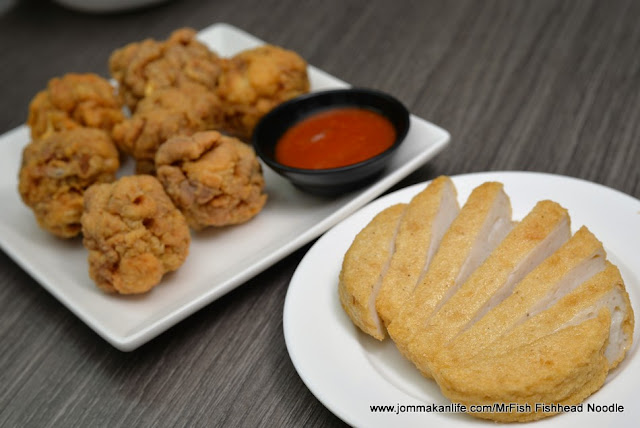 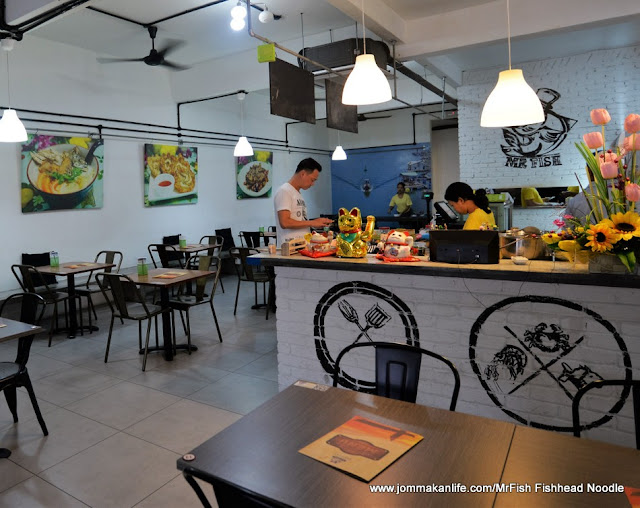 Ambiance-wise, the pragmatically furnished resto is air-conditioned so you can dine in comfort. Several wall murals rendered by a local artist give the place a cheery, casual feel. 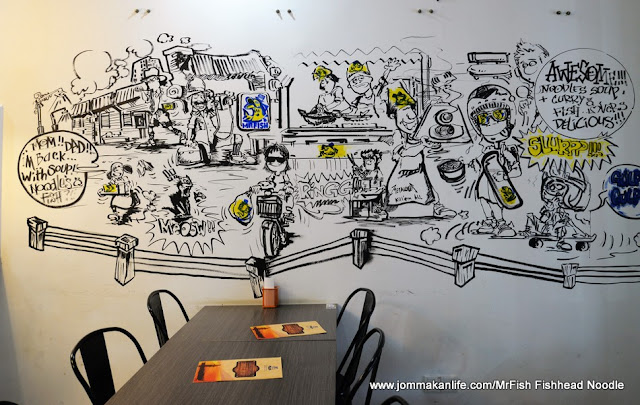