SAVOUR THE SPLENDOUR OF SPRING AT LE MEI 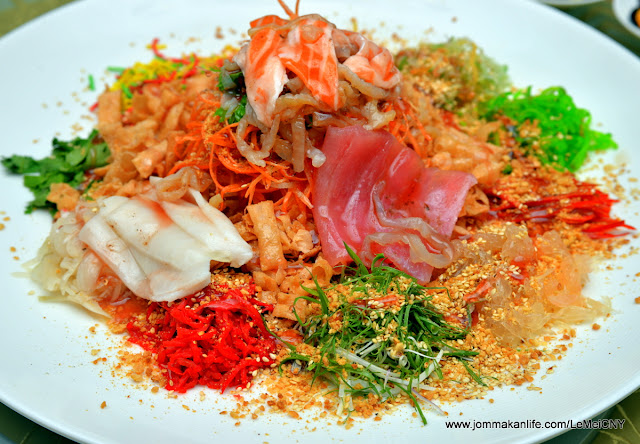 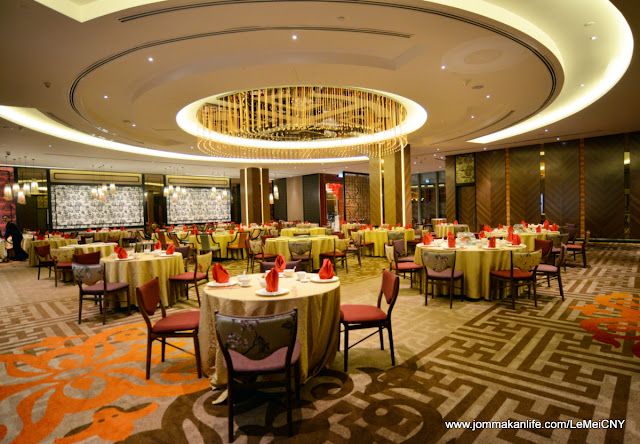 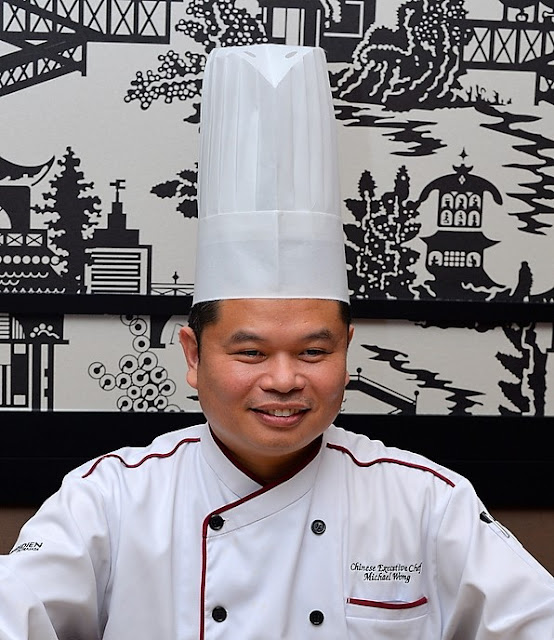 Available from 8 January to 18 February, 2017, Chef Michael Wong and his team will proffer pork-free Cantonese dishes in four special set menus to welcome the Year of the Rooster. We were treated to samplings of the chef's choice picks from the planned menus price from RM1,688 per table onwards (for 8-10 persons) in a recent preview. 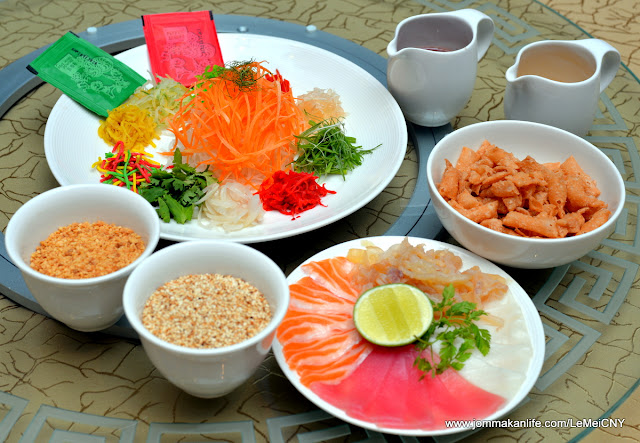 As custom dictates, we began dinner with a rousing toss of the resto's Four Seasons Prosperity Yee Sang. Slices of butterfish, salmon, tuna and jellyfish melded nicely with the assortment of crisps, fresh vegetables and pickles. Blackcurrant-plum dressing pulled the ensemble together; symbolising a lively year in store for us. 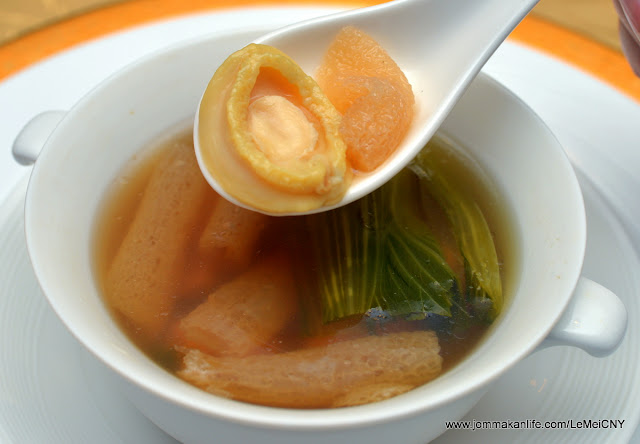 A whole abalone, dried scallop and bamboo pith enriched the subsequent course of Double-boiled Chicken and Dried Vegetable Soup. The clear broth was food for the soul, brimming with clear sweetness which is typical of Cantonese-style soup. 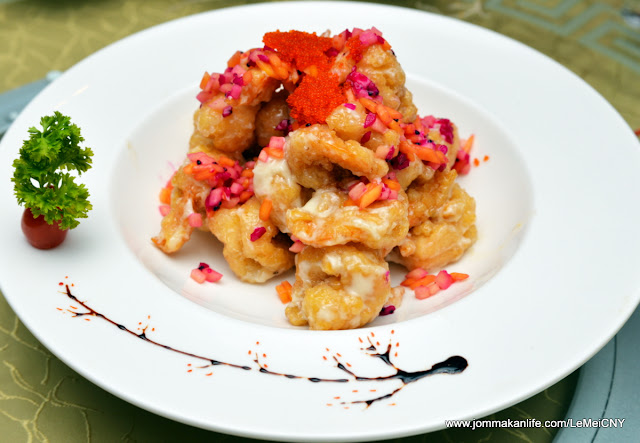 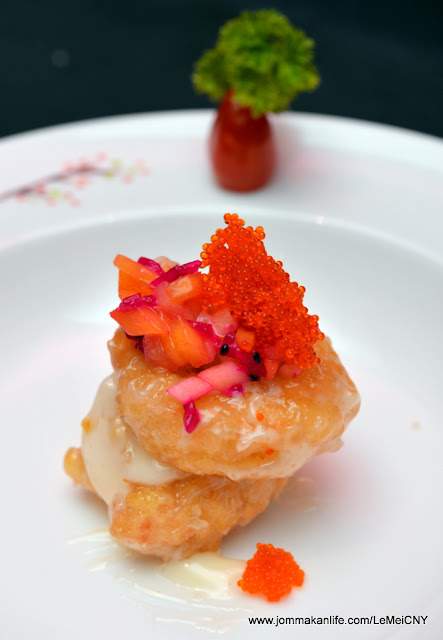 Mini dices of dragonfruit, mango and strawberries were the fruits of choice for the tropical fruit salsa, a rather delightful riff lending the Crispy Prawns coated with Lemon Dressing a most agreeable lightness. Crunchy tobiko (flying fish roe) gave the palate-pleaser a spot on finishing touch. 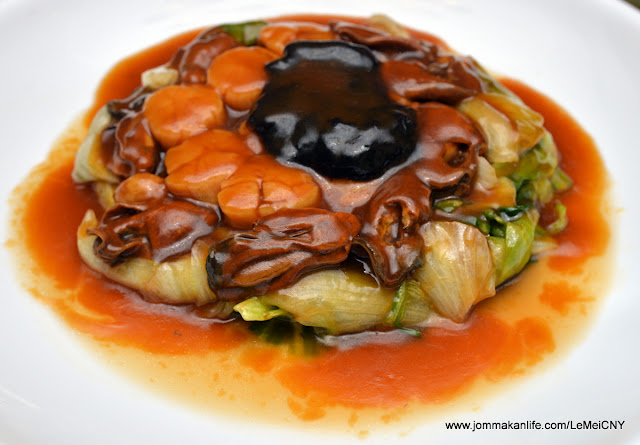 Tradition rules in the ubiquitous festive offering of Braised Japanese Sun-dried Scallops, Dried Oysters & Black Sea Moss (Fatt Choy). Such familiar and rustic dishes always cherished for the rich symbolism and auspicious connotations; an apt reminder of how things change yet some remain the same. 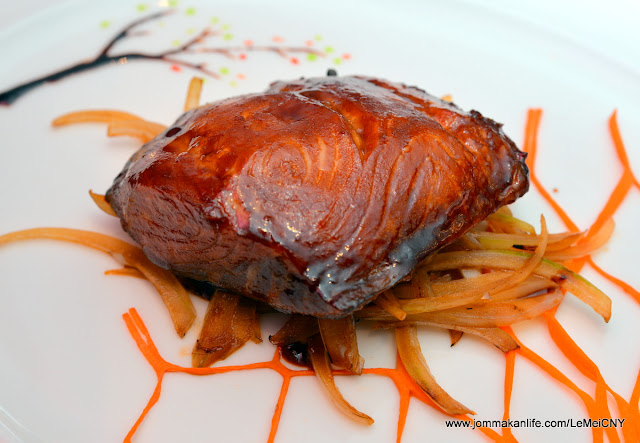 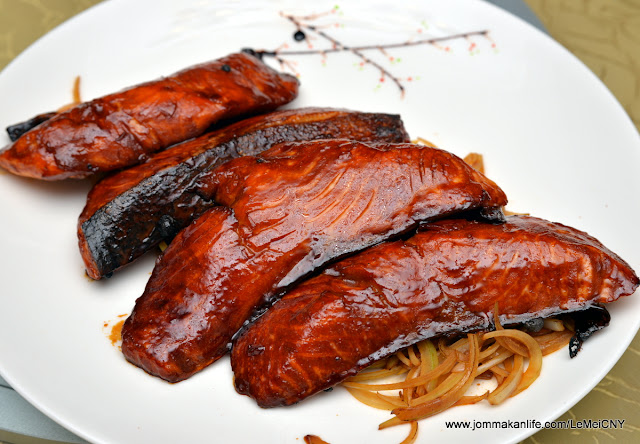 Honey, soya sauce and sugar were just some of the condiments the chef revealed to us when asked about the moreish marinade for the Baked Salmon Fillets with Honey & Onion. The fish had such a shiny sheen thanks to the saucy glaze but we were kinda disappointed to find the fish cooked through, rendering it too dry for our liking. This minor hiccup was compensated by the sweetness of the sautéed onions. 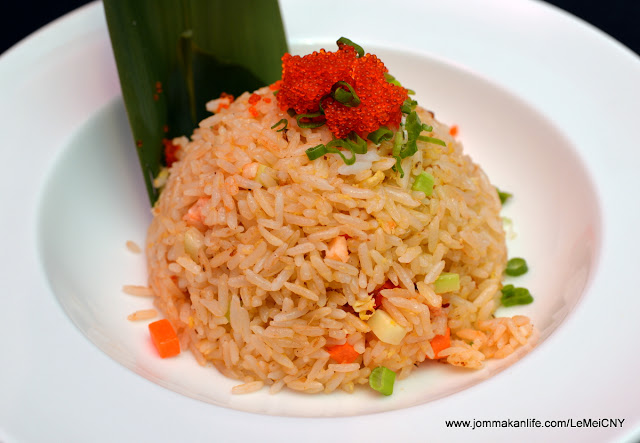 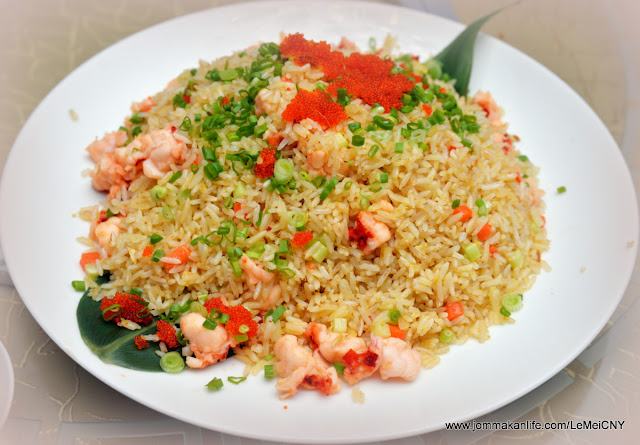 The Fried Rice with Diced Lobster and Tobiko was a sight to behold with the vibrant green spring onion, shiny orange tobiko and speckled orange-white lobster reminding us of festive colours. Too bad the lobster meat was a tad overdone, taking the edge out of such a luxe dish. 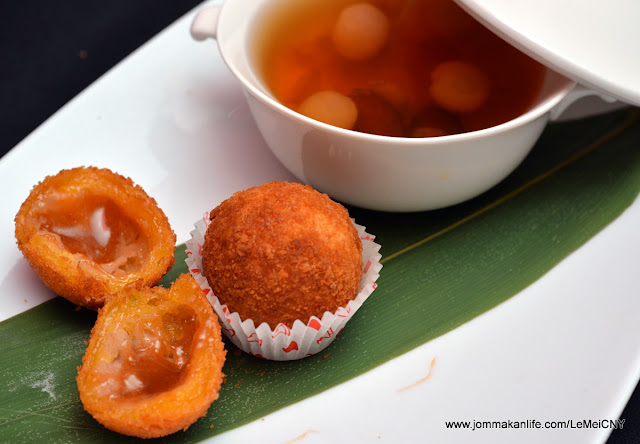 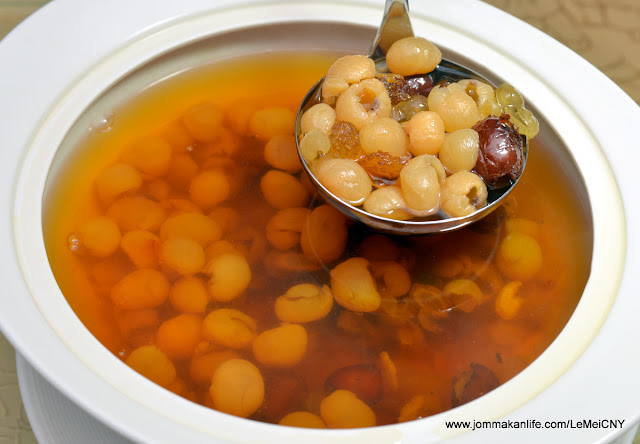 We couldn't fault these dessert options especially the latter which included new-fangled ingredients. The novelty of eating peach gum and snow lotus alone would be enough to divert familial attention away from thorny topics you wish to avoid at the dinner table. 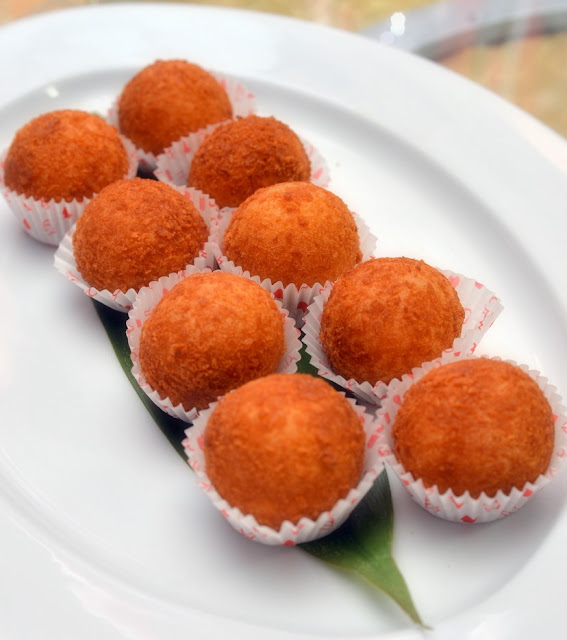 Also the humble sweet potato - once an absolute taboo ingredient - became acceptable thanks to its elevation to superfood status and with some culinary wizardry thrown in, now appeared in the guise of golden deep-fried balls. That's certainly something to crow about this Year of the Rooster don't you agree?