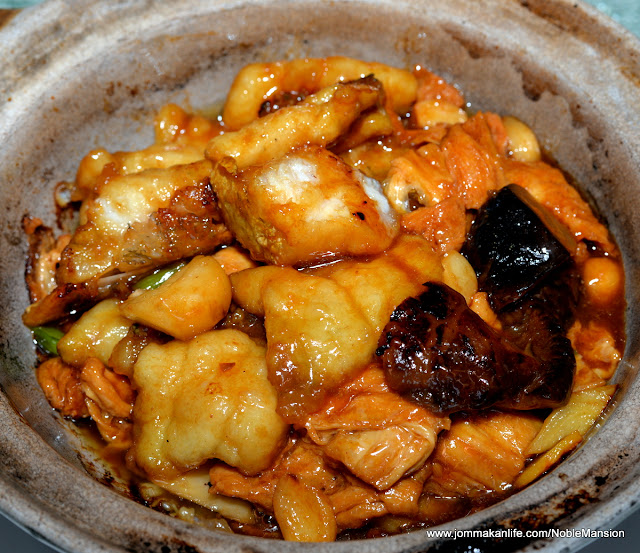 Mention loong da’an (龙旦) in Cantonese – giant grouper/garoupa to Chinese food connoisseurs and you’d see the respect this regal deep-sea denizen commands. A huge fish that can grow up to 9 feet long, this fish is a rarity so if you’re partial to loong da’an, head to any of the Oriental Group of restaurants to savour this prized catch this June. 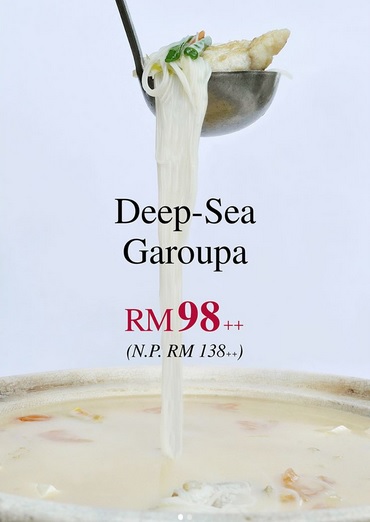 Instead of the normal price of RM138++ per portion, the Deep-Sea Garoupa is priced at RM98++ per portion only, available now until end June 2017. You can enjoy it prepared four ways which emphasise the fabulous eating quality of this fish. 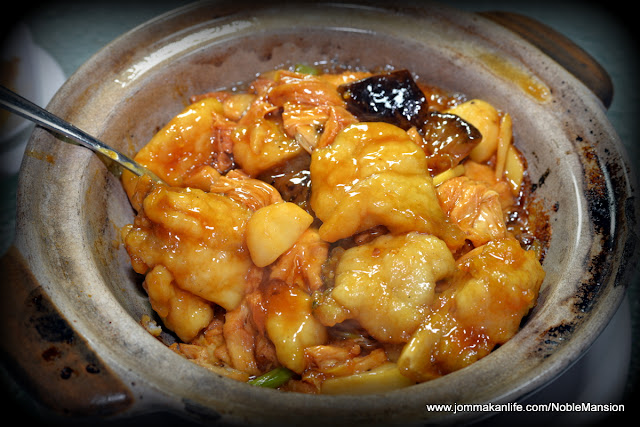 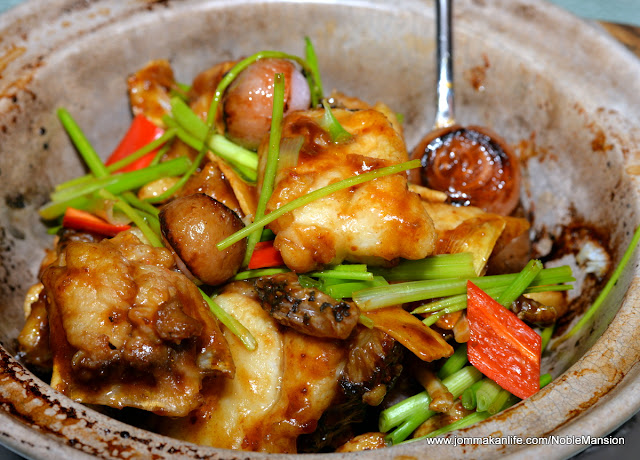 Deep-Sea Garoupa prepared Aberdeen Sizzling Shunde Style may look similar to the former but the distinct difference is telling once whiffs of the aromatics used for this speciality reach your nose. The heat not only amplifies the fragrant coriander stalks, whole shallots, sliced ginger and red chilli in the claypot but also infuses the generous garoupa pieces with the aromatics’ big, appetite-whetting flavours. 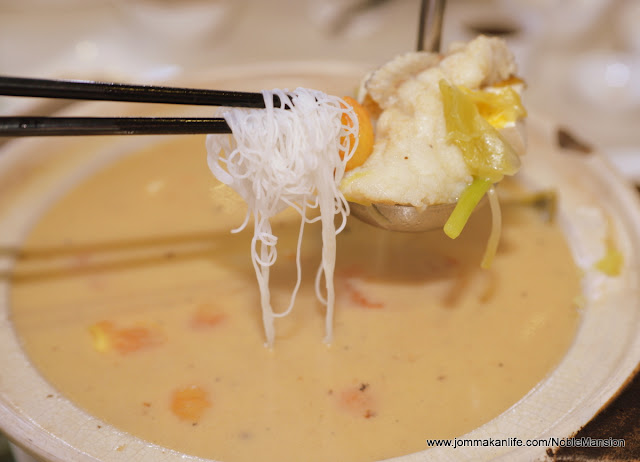 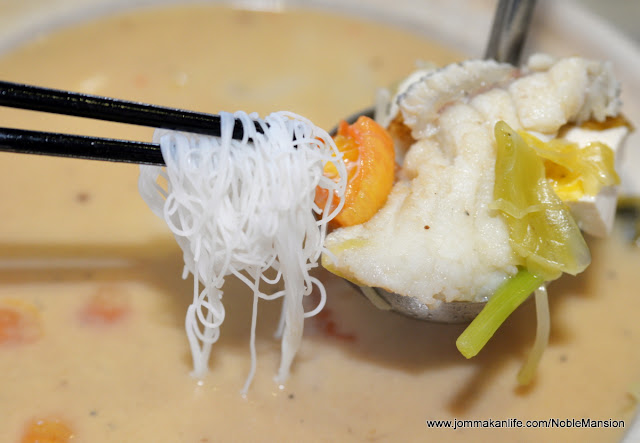 A step up from the regular yue thau mai (fish head noodles), the posher Deep-Sea Garoupa with Rice Vermicelli in Superior Stock is a humble treat that’s fit for a king. Pin-drop silence around the table is not uncommon when everyone focuses on slurping up the milky, fish-sweet broth with delectable mee hoon (rice vermicelli) punctuated by the occasional strands of sourish hum choi (salted mustard green), diced tomato dices and smooth beancurd. 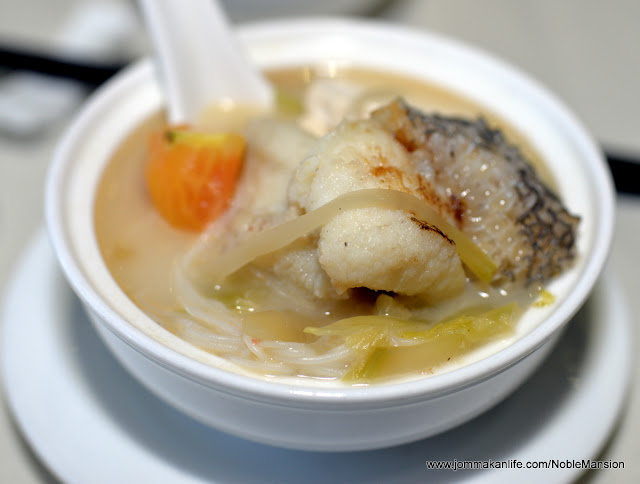 Some greens won't go remiss especially when it's blanched leafy greens smothered in rich, eggy sauce. Think of it as a healthier, carb-free kong fu chau (Cantonese fried noodles).
Alternatively, you may like to try the fourth option of Deep-Sea Garoupa Steamed with Fresh Beancurd Skin & Black Fungus. 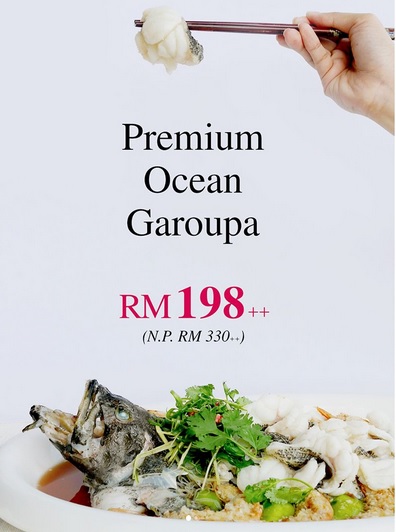 For diners who prefer partaking whole fish, Ocean Garoupa is available at the promotional price of RM198++ each (normal RM330++ each). Weighing about 800g-1kg per fish, one of the recommended preparations is to relish it Steamed with King Prawns, Glass Noodles & Garlic. 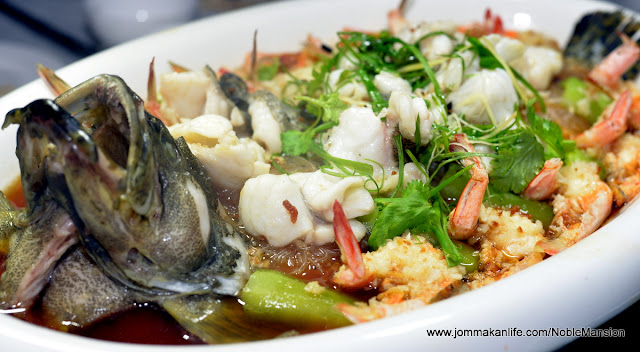 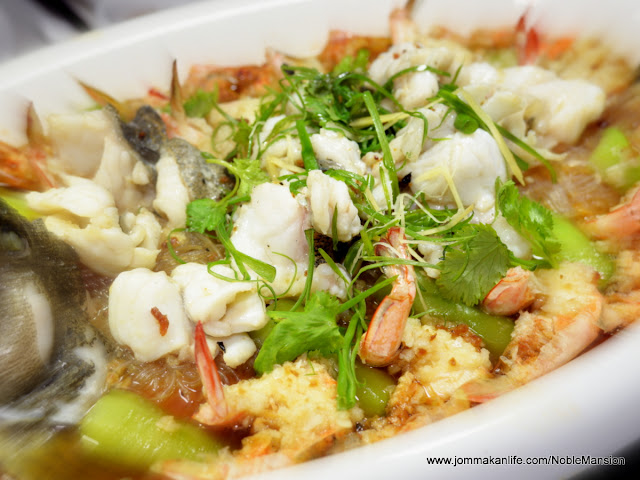 The doneness is spot-on, rendering the Ocean Garoupa seductively flaky-soft and sweet on our palate. Coupled with springy garlic-flecked prawns, the slippery strands of glass noodles steeped in the yummy fish-prawn jus make the overall dish a scrumptious gastronomic delight. 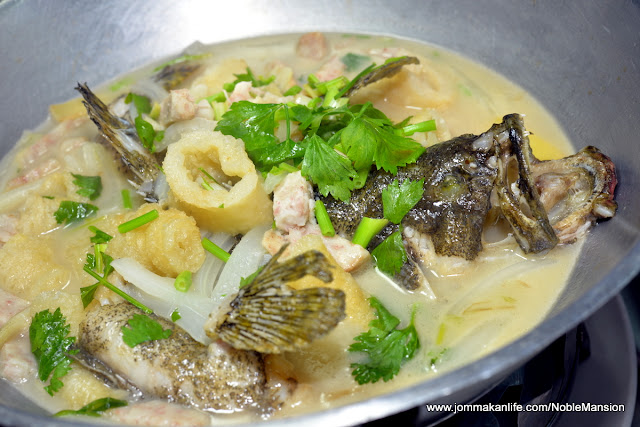 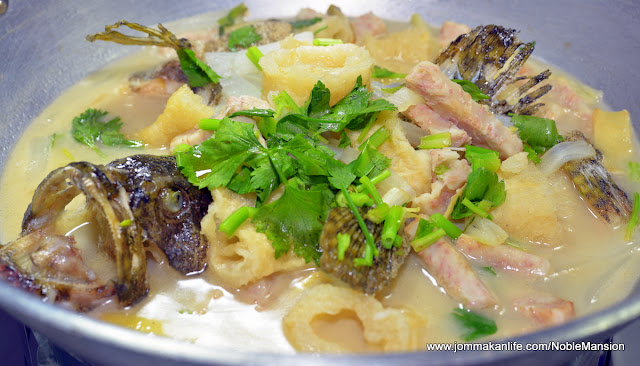 Personally I’d vouch for the Ocean Garoupa Boiled with Fish Maw, Yam & Chinese Cabbage in Superior Fish Stock any day. Friends who know me would be shocked as I’m averse to soupy fare but the masterful textural combination of powdery yam with spongy fish maw and soft, wilted cabbage had me at hook, line and sinker. A sophisticated speciality that tastes so homespun, what’s not to like?

Prefer the bare-frills approach? No problem, you can order the garoupa Steamed with Chef’s Special Preserved Radish too. The Deep-Sea Garoupa and Ocean Garoupa promotion are available at all Oriental Group restaurant.