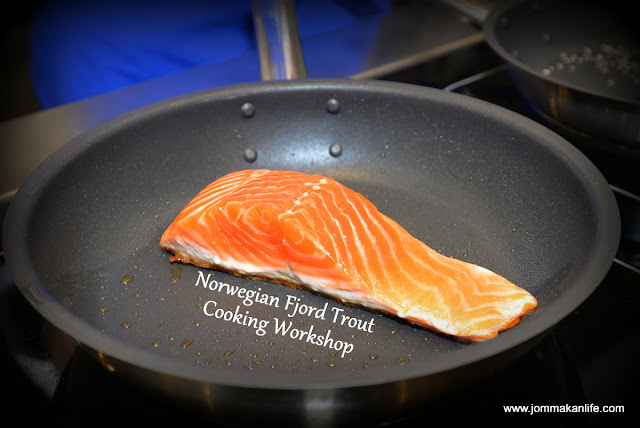 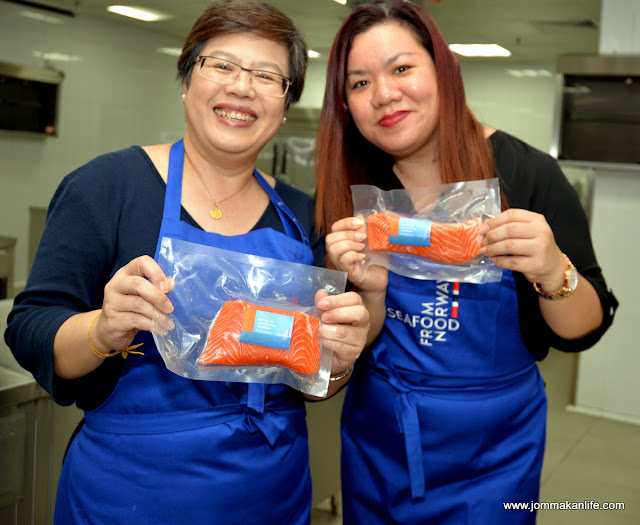 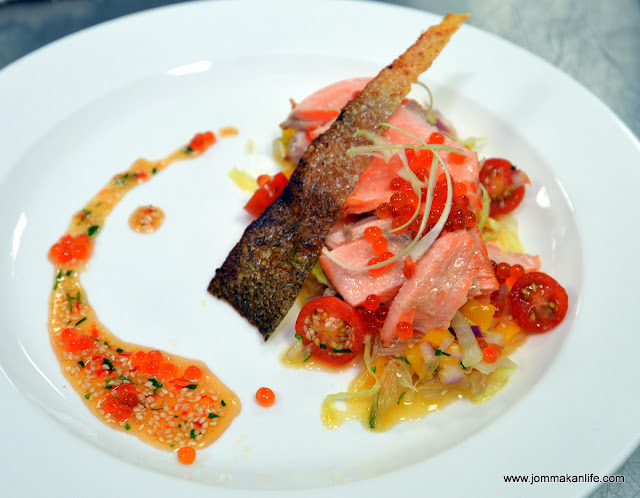 Media members who attended the recent “Cooking Norwegian Fjord Trout” Workshop at KDU University College took away some valuable tips and interesting nuggets of information. Thanks to Chef Jimmy Chok who has worked with Norwegian seafood in the past 10 years, we learned the different traits between the fjord trout and salmon such as: 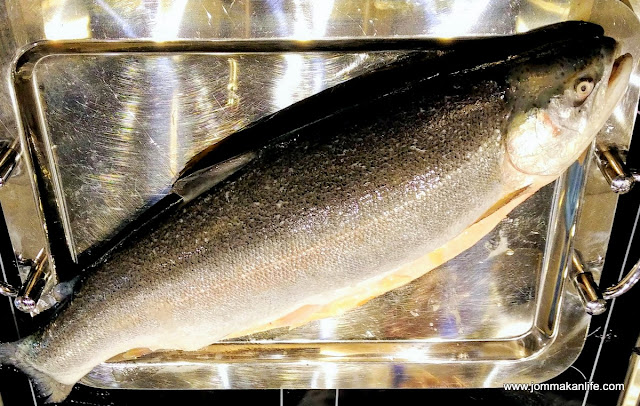 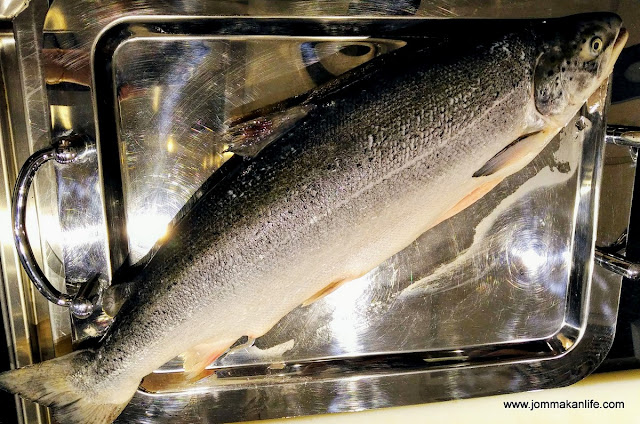 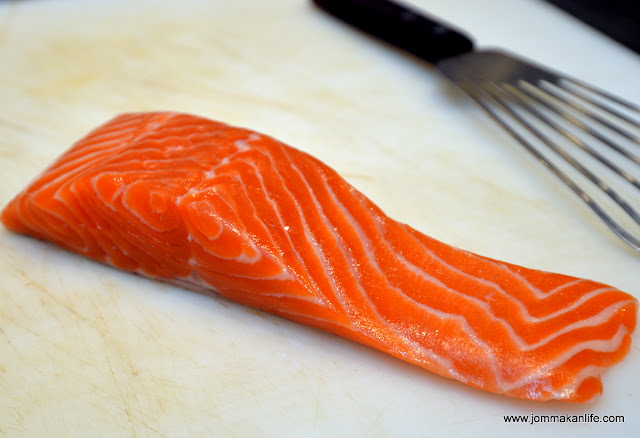 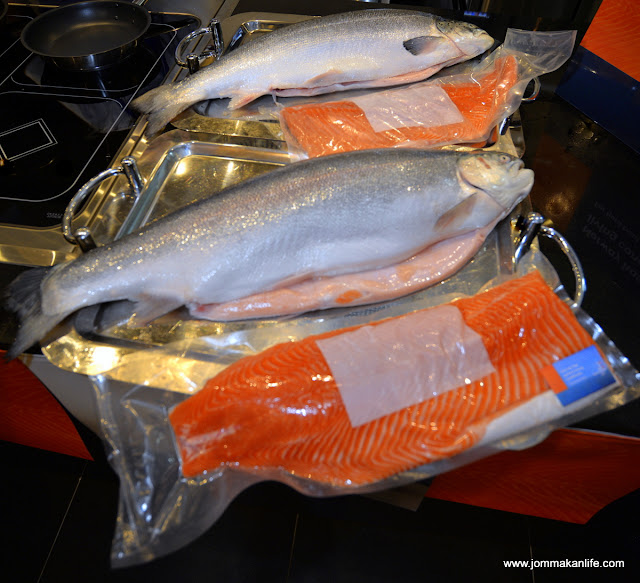 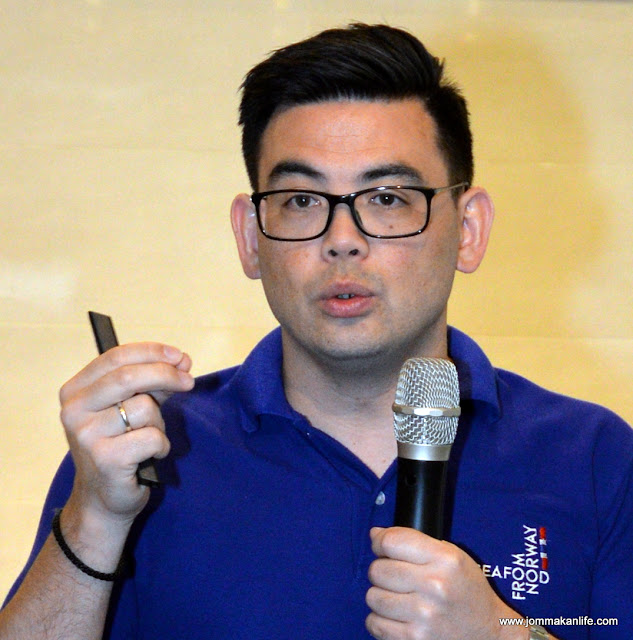 
“Norway is the second largest seafood exporter in the world, and the world’s largest producer of farmed Atlantic salmon and fjord trout. Harvesting from the seas has always been an important part of Norwegian culture and history. In fact, fishing was a vital premise for Norwegian pioneers to settle down and live along the cold, windy coastline,” said Stenslid. 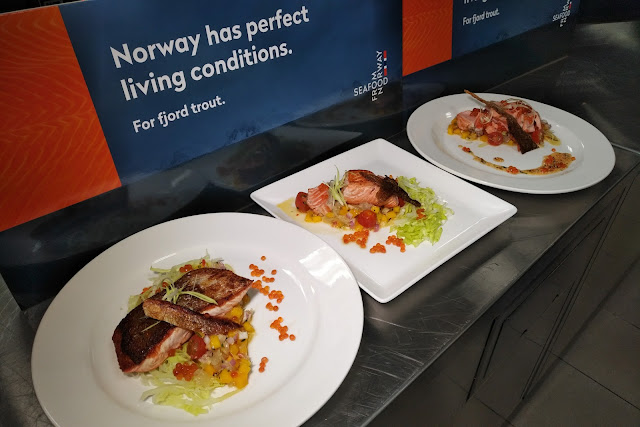 “Seafood is a basic food source and an important trade for Norway, giving Norwegians unsurpassed knowledge and experience in handling precious treasures from the sea. Seawater meets fresh water melted from glaciers and snow to form the perfect living conditions in the ocean for the fjord trout. Over the past few years, Norwegian Fjord Trout has become increasingly popular in Malaysia due to its unique taste, health benefits and appealing red colour.” 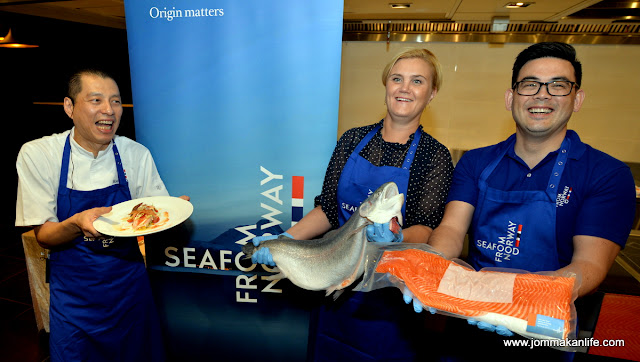 Her Excellency Gunn Jorid Roset, the Norwegian Ambassador to Malaysia, also graced the workshop and sportingly donned an apron to join in the hands-on cooking workshop. 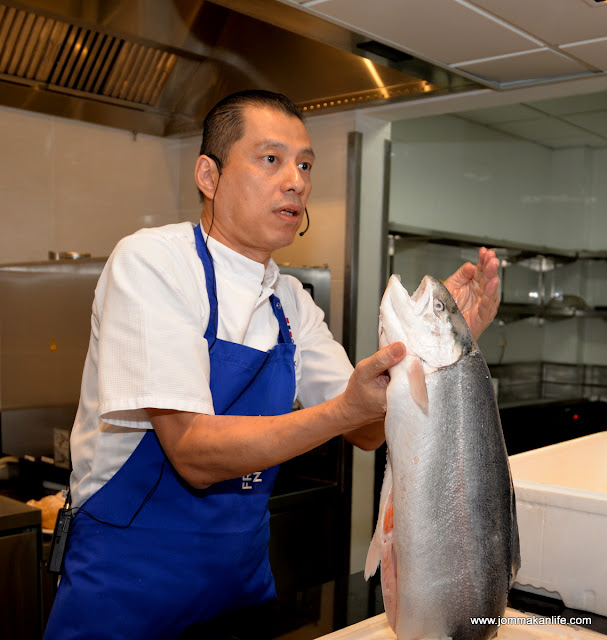 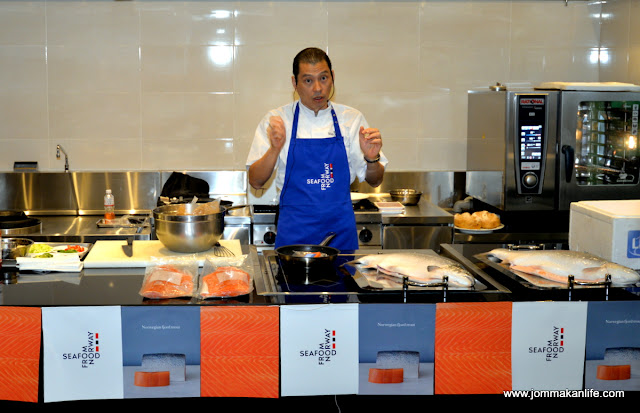 “Never overcook the fish” said the chef. “Both salmon and trout is best half cooked to retain the tender texture and juicy moisture within.” 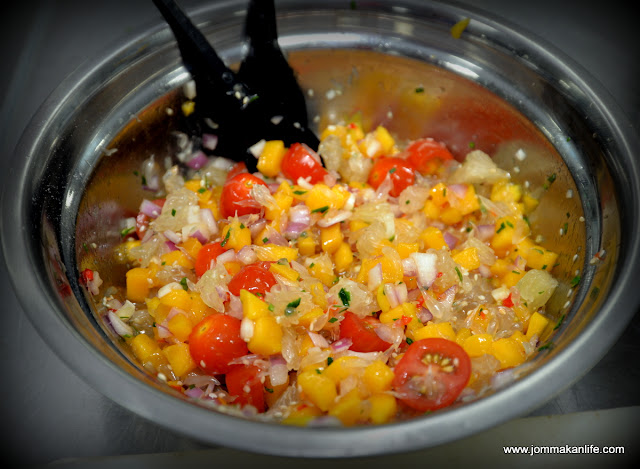 He then demonstrated how to fry the trout, over medium heat, and served it with mango salsa. We were also treated to delicious samplings of the fjord trout and salmon, served sashimi-style, as well as smoked. It was a revelation for us as the difference in taste and texture was noticeable on the palate. 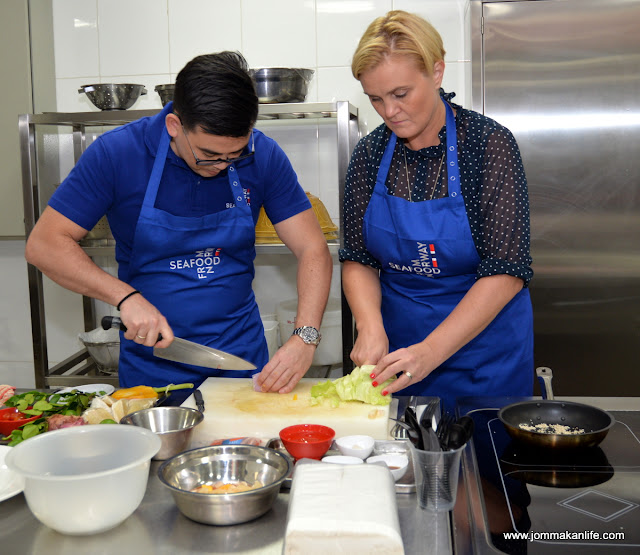 The Ambassador - a keen cook herself - partnered with Jon Erik Steenslid to cook up a colourful, hearty fjord trout dish. Chasingfooddreams and myself combined our efforts to replicate the same dish Chef Jimmy had demonstrated earlier. 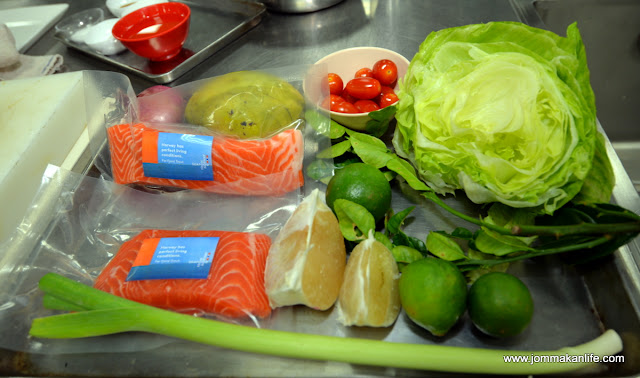 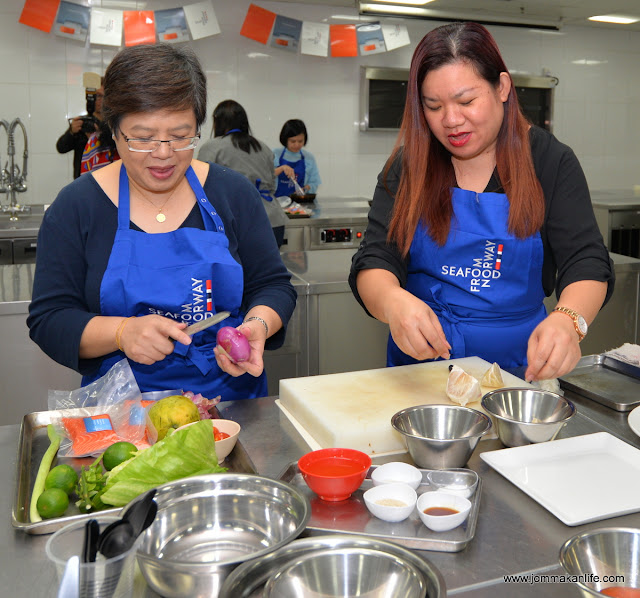 We thoroughly enjoyed the entire experience and went home knowing so much more about the versatility of the Norwegian fjord trout the skill of cooking it properly. 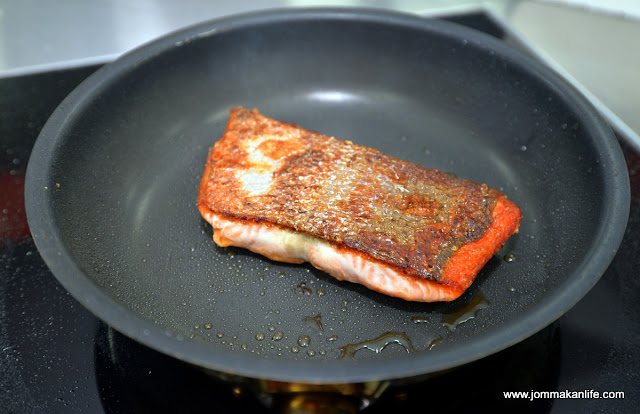 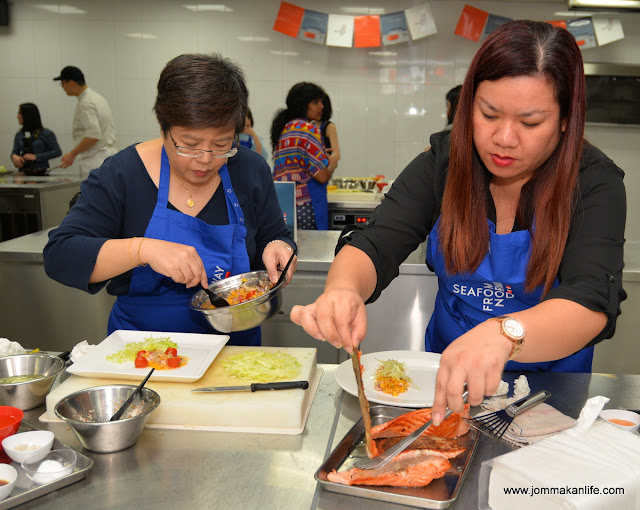 The Norwegian Seafood Council (NSC) is owned by the Ministry of Trade, Industry and Fisheries in Norway. Headquartered in Tromsø, NSC is present in major markets around the world, aiming to increase the value of Norwegian seafood resources. NSC also oversees the administration and use of the trademark “Seafood from Norway”, a joint value for the Norwegian seafood industry. 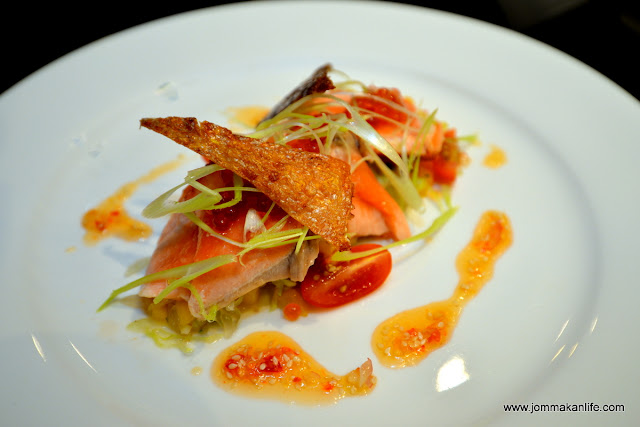 Because consumers today are increasingly focused on the origin of food, how it is produced and how it meets concerns regarding sustainability, the “Seafood from Norway” trademark addresses such matters. The trademark is a symbol of origin and quality for all Norwegian seafood, farmed or wild caught in Norway’s cold, clear waters; leaving no doubt about the fact that Origin matters. 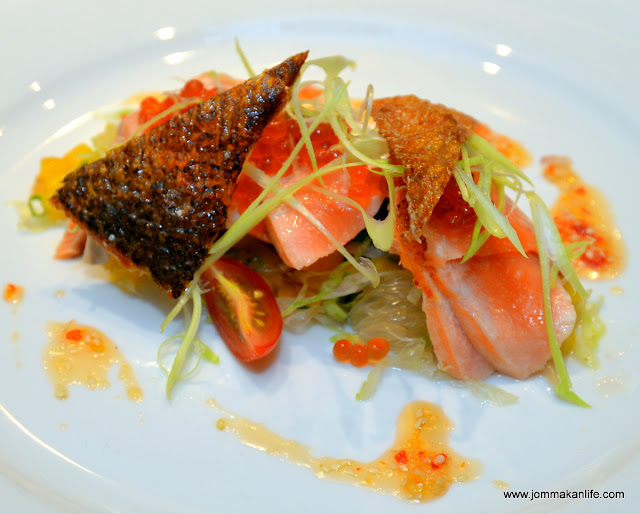 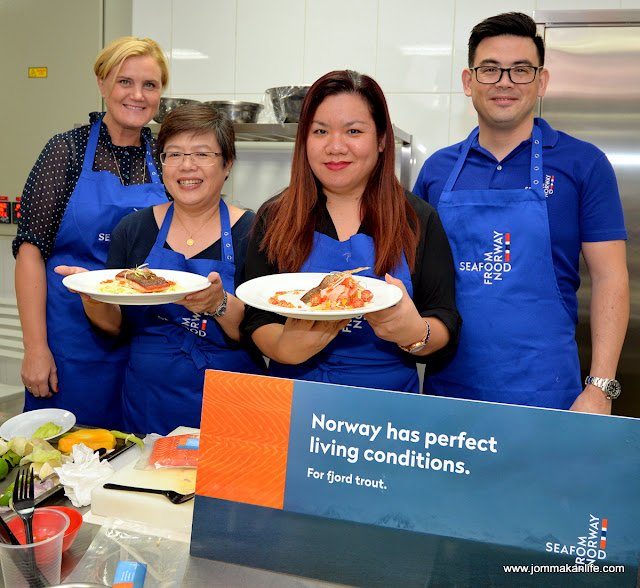 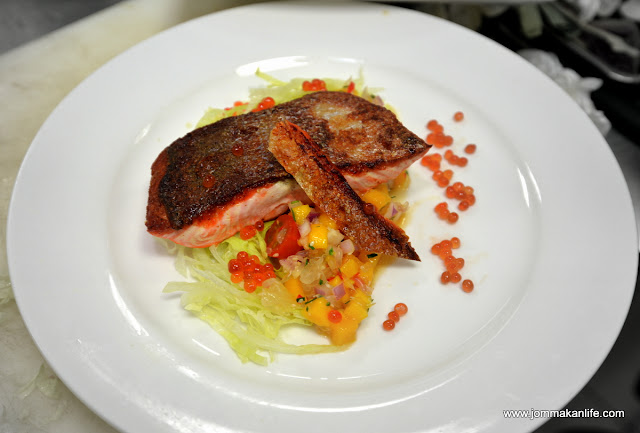 To plate, spoon a heap of mango salad onto plate.

Remove skin from trout and use your hands to flake the trout. Place on top of mango salad.

Fry trout skin until crisp. Cut into triangular shards and place on top of trout fillet.

Swirl dressing around the trout using a spoon then sprinkle sesame seeds around it to serve.