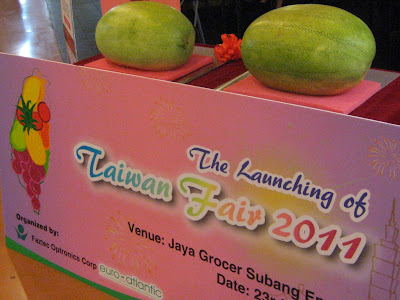 Gigantic...two of the 20-kilo watermelons imported from Taiwan 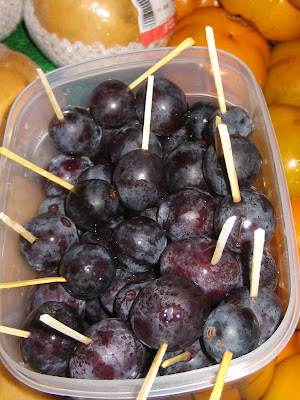 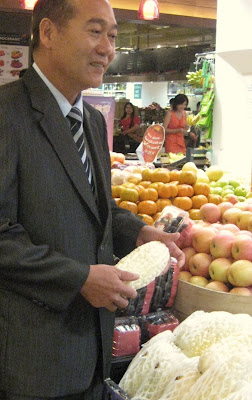 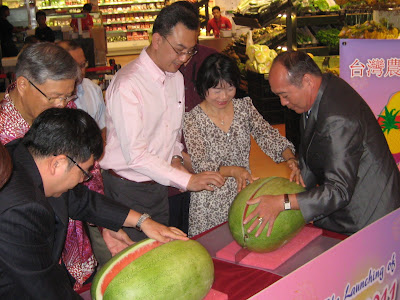 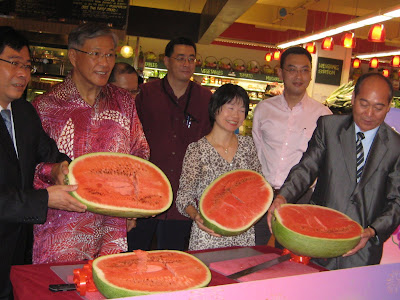 A 20-kilo watermelon. White bittergourd. Water bamboo. Rosy red mango apples. Sweet, luscious Kyoho grapes with a tinge of wine. These are some of the bountiful harvest from Taiwan that you can find at Jaya Grocer and other major supermarkets in conjunction with the Taiwan Fair 2011.

Launched yesterday at Empire Shopping Gallery by the Taiwan Trade Centre and District Farmers Association representatives, this is the second time Taiwan's finest produce has been brought in for the Malaysian market. 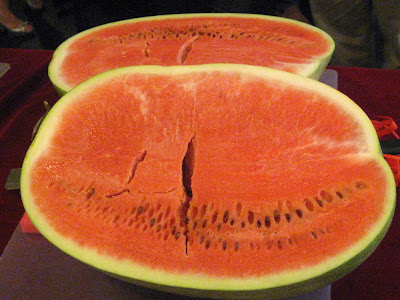 After the VVIPs ceremoniously cut open two gigantic watermelons to mark the fair's opening, we managed to sample the honey-sweet and juicy slices. The fruit's texture was denser than our local ones with a refreshing crunch to it.

The Golden and Irwin mangoes were equally sweet. Other fruits we sampled include red plums, Kyoho grapes and snow pears but there were also guavas and musk melons. 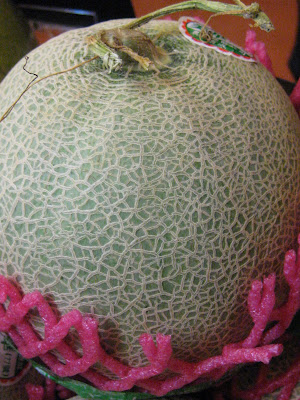 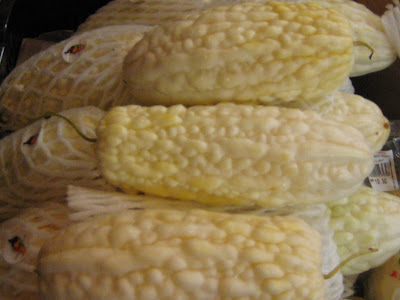 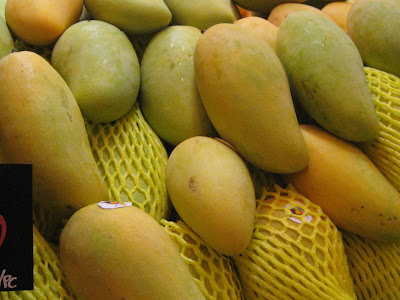 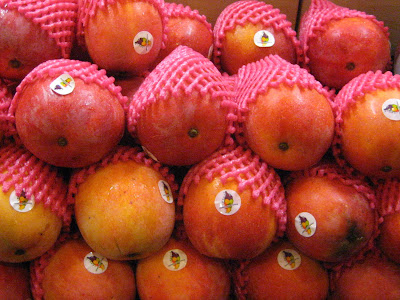 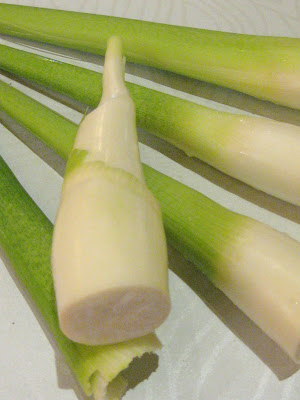 The water bamboo looks similar to leek with a subtly sweet aroma that is similar to water chestnuts. Apparently only the white heart is eaten while the outer green stalk is removed. Most Taiwanese would cut it into strips and eaten raw as a salad, drizzled with some light soya sauce and sesame seed oil or stir-fried with some garlic.

Consumers can also look out for Taiwanese fruits and vegetables at Mercato, Jusco and Carrefour. 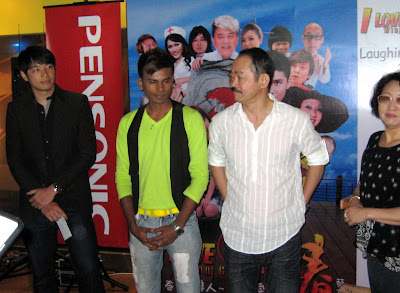 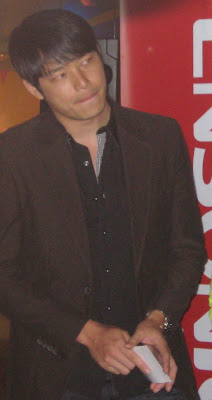 Several of the Hong Kong leads made a special appearance while Pensonic gave away some of its appliances in a lucky draw. As a major sponsor of the comedy flick, the Pensonic brand was quite evident in many of the scenes. 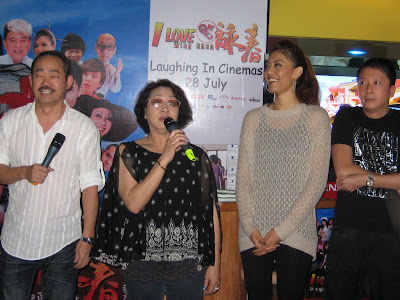 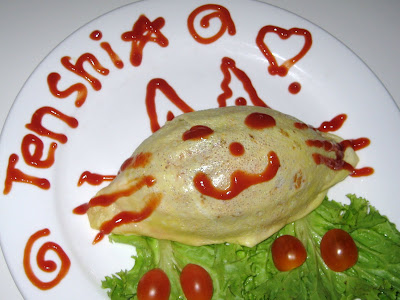 This cute dish was actually fried rice which we had at Tenshi Cafe, one of those maid-themed cafes that you'd find in Japan. Yes, the waitresses are decked up in candy pink and white French maid outfits and would even spoon feed you if you desire! Of course, such service comes with a price...
at July 26, 2011

Nice to see you at the preview!

Have to check out the Taiwan fair soon.. :)

Likewise Food Dreams! Yes do check out the fair - lots of interesting produce to tempt us foodies :D