I still remember the hallyu or Korean wave that swept the TV world by storm with its tear-jerking drama serials like Winter Sonata and Jewel In The Palace. Then came the K-pop phenomenon where pretty boys and girls-singing and dancing troupes such as Super Junior and Wonder Girls invaded the music scene.

Now brace yourself for yet another hallyu...this time in the culinary world where dishy Korean chefs like Edward Kwon are set to reign. The recent press launch of Life Inspired (LITV) Channel's EdVentures in Asia drew such a huge phalanx of media and bloggers that you'd think it was Lady Gaga who was in town rather a new, upcoming TV celebrity chef.


If you haven't heard of Edward Kwon, the South Korean chef was formerly the executive chef of the Burj Al Arab, arguably one of the world's most luxurious hotels. Not surprisingly, he has cooked for a coterie of Hollywood stars and influential figures.

Madonna apparently enthused that his food was better than sex while Barbara Streisand wanted him to be her personal chef! Former US President George W Bush actually went into the kitchen to shook his hand after savouring his creations. Kwon also scored big time with Tiger Woods too.

I had expected Edward Kwon to be tall and well-built and was completely taken by surprise by his slight frame when the chef finally appeared to rapturous applause. With his easy demenour and boyish charm, Kwon soon had everyone practically eating out of his hands - and he hasn't even started cooking yet! 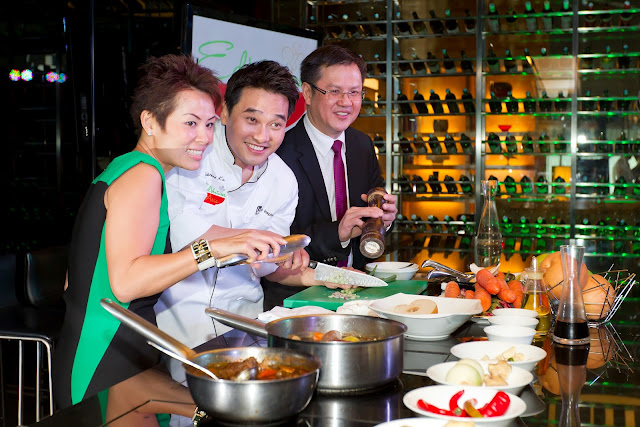 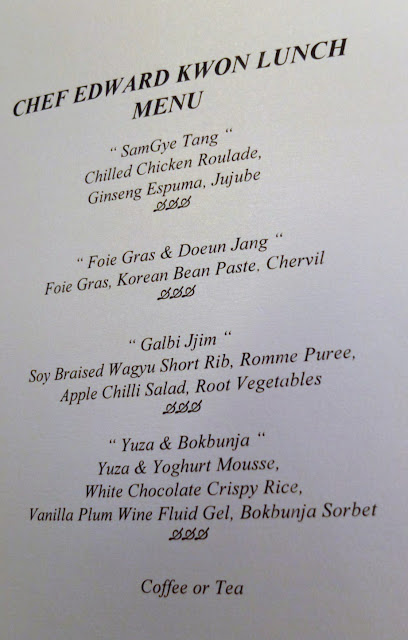 Despite the two VIP attendees' meek protestations, Kwon roped them in to fire up the grill so to speak by preparing Galbi Jjim, a dish of braised Wagyu short rib with soy sauce. 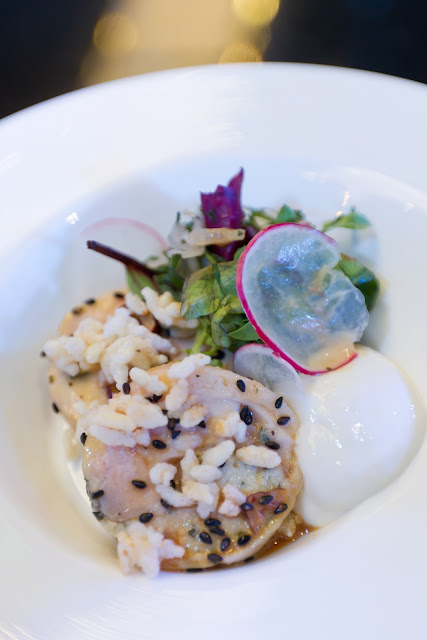 Kwon's modern approach to his native cuisine is evident as we sat down to sample his culinary handiwork. The traditional SamGye Tang was transformed into succulent discs of chicken roulade speckled with black sesame seeds and puffy rice grains, accompanied by a frothy mass of delicate ginseng-flavoured espuma (foam). 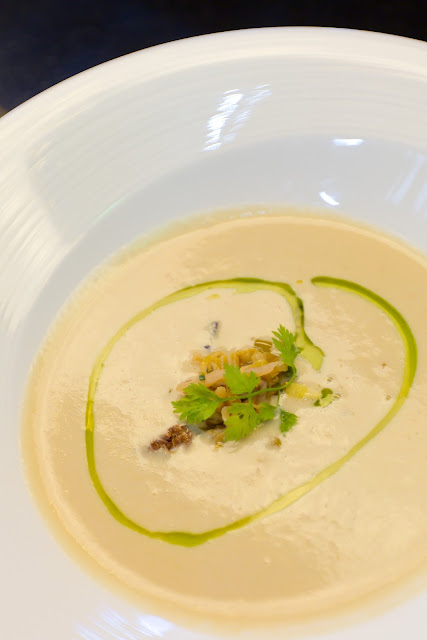 Hot on the heels of that impressive starter was Foie Gras & Doeun Jang, an unlikely soup concocted from foie gras (gooseliver) and Korean bean paste with chervil. We were amazed that the unctuous broth was so luxuriantly rich on the palate without being overly cloying. The secret according to Kwon was to add some chopped white kim chi (Korean preserved vegetable) to balance and temper the full-bodied richness. 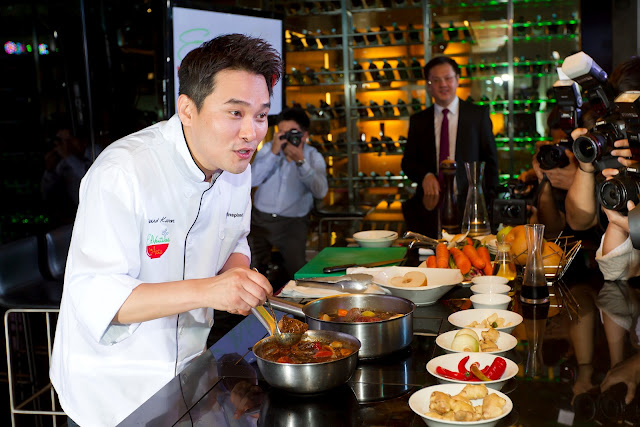 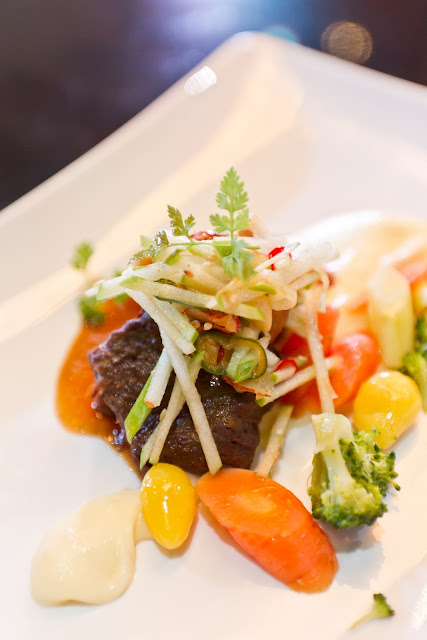 For the main, we sampled the Galbi Jjim, another Korean favourite of short rib. Instead of barbecuing it, Kwon opted to braise the Wagyu short rib in soy until its meltingly tender. Side salads of refreshing apple chilli salad and root vegetable made it a wholesome, complete meal. 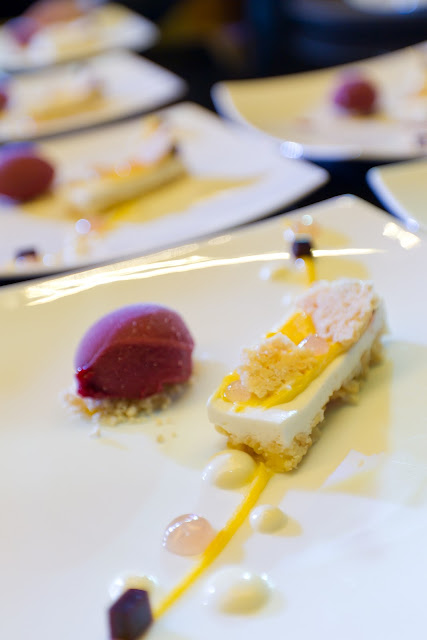 Only the dessert was slightly disappointing...While we love the subtle tanginess of the Yuza & Yoghurt Mousse, the White Chocolate Crispy Rice had turned soft and chewy. Although the Bokbunja (Korean black raspberries) Sorbet and Vanilla Plum Wine Fluid Gel tasted reminiscent of dark plums, it paled in comparison to Kwon's earlier dishes which were much more outstanding.

After this sampling session, I look forward to see more of Edward Kwon in his EdVenture in Asia series every Sunday night at 9 pm on Astro Byond's LITV channel.
at June 08, 2012