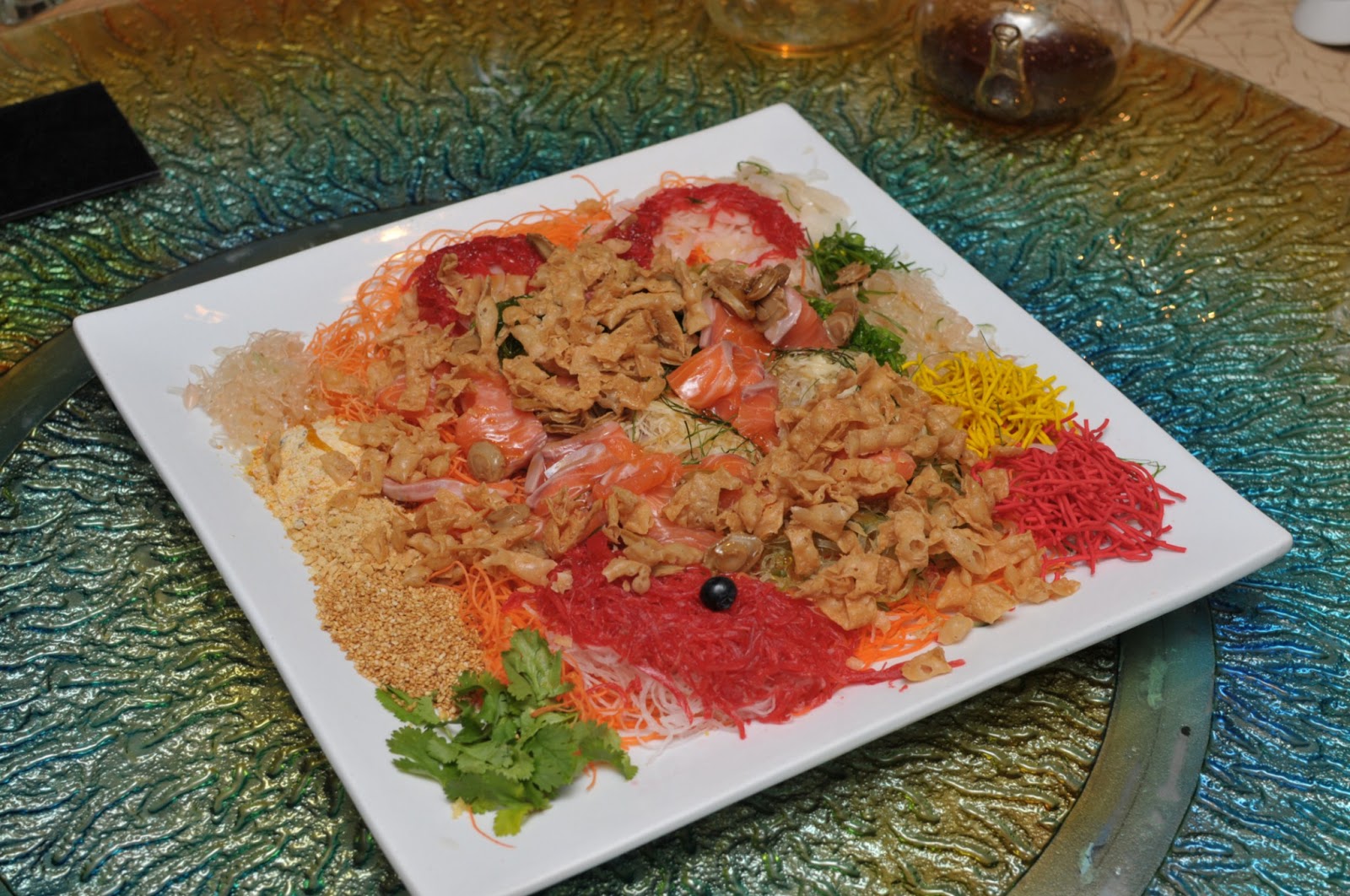 Snake inspired accents slithered their way into The Westin KL's CNY menu review, causing a flurry of excitement among an eager crowd of mainstream media and floggers. Marcomm Director of the Starwood Group in Malaysia Cindy Yoong was in her hostess with the mostest mode; selecting the Abundance Silver Dragon Reunion CNY Set Menu (RM1,388++ per table of 10) for our sampling in addition to a wine decanting demo by the hotel's sommelier. 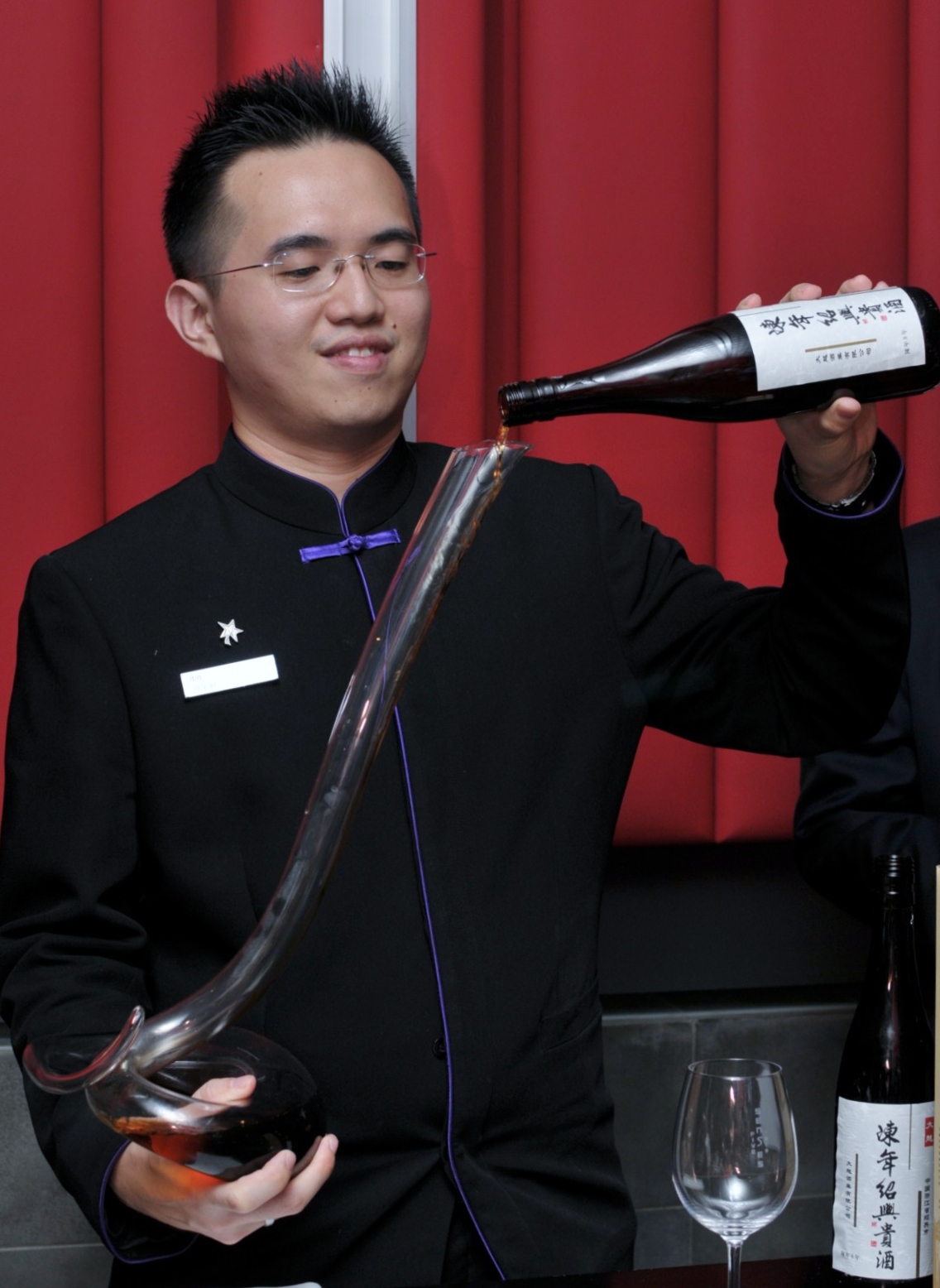 Shutterbugs had a field day the minute Riedel's unique decanter was unveiled. Its coiled, tapered base with a long, slender flute makes it look like a raised serpent that's about to strike. Aptly it was filled with Shao Xing wine that came served with tiny bits of lemon and plum. The amber liquor tasted deliciously heady of over-riped stone fruits and delicate spices. I like the trail of toasty warmth as the spirit wound its way down. 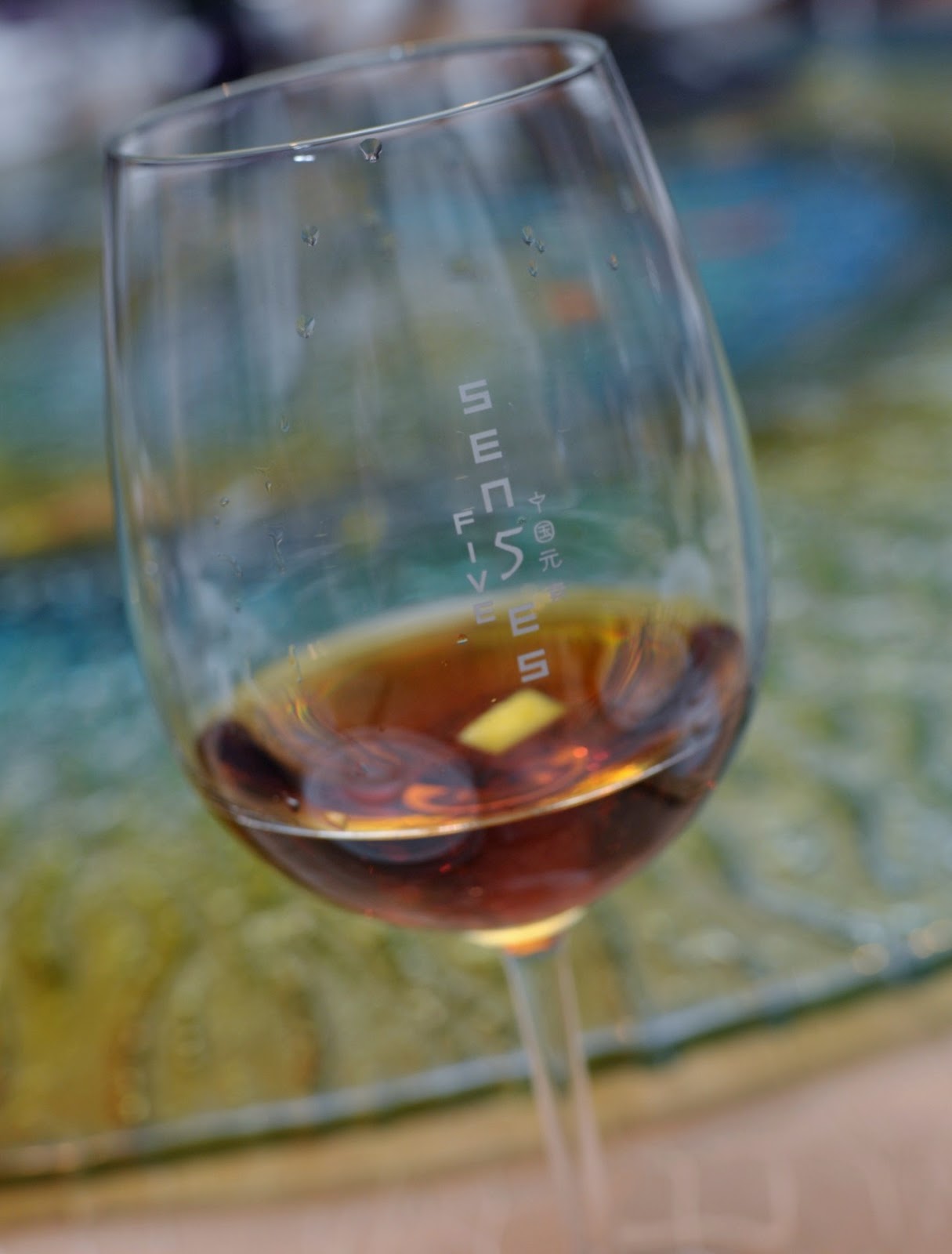 The technicolour platter of Jade Abalone & Salmon Yee Sang was creatively fashioned into a snake design too. Fingernail-sized baby abalones and thick slices of salmon with crispy strands of flour crackers and the usual condiments added the final flourish before we boisterously messed everything up in our quest to stir up prosperity. Our salad was a tad dry initially but the shredded vegetables and fruits soon lent enough  moistness to pull the mixture of textures n flavours together. 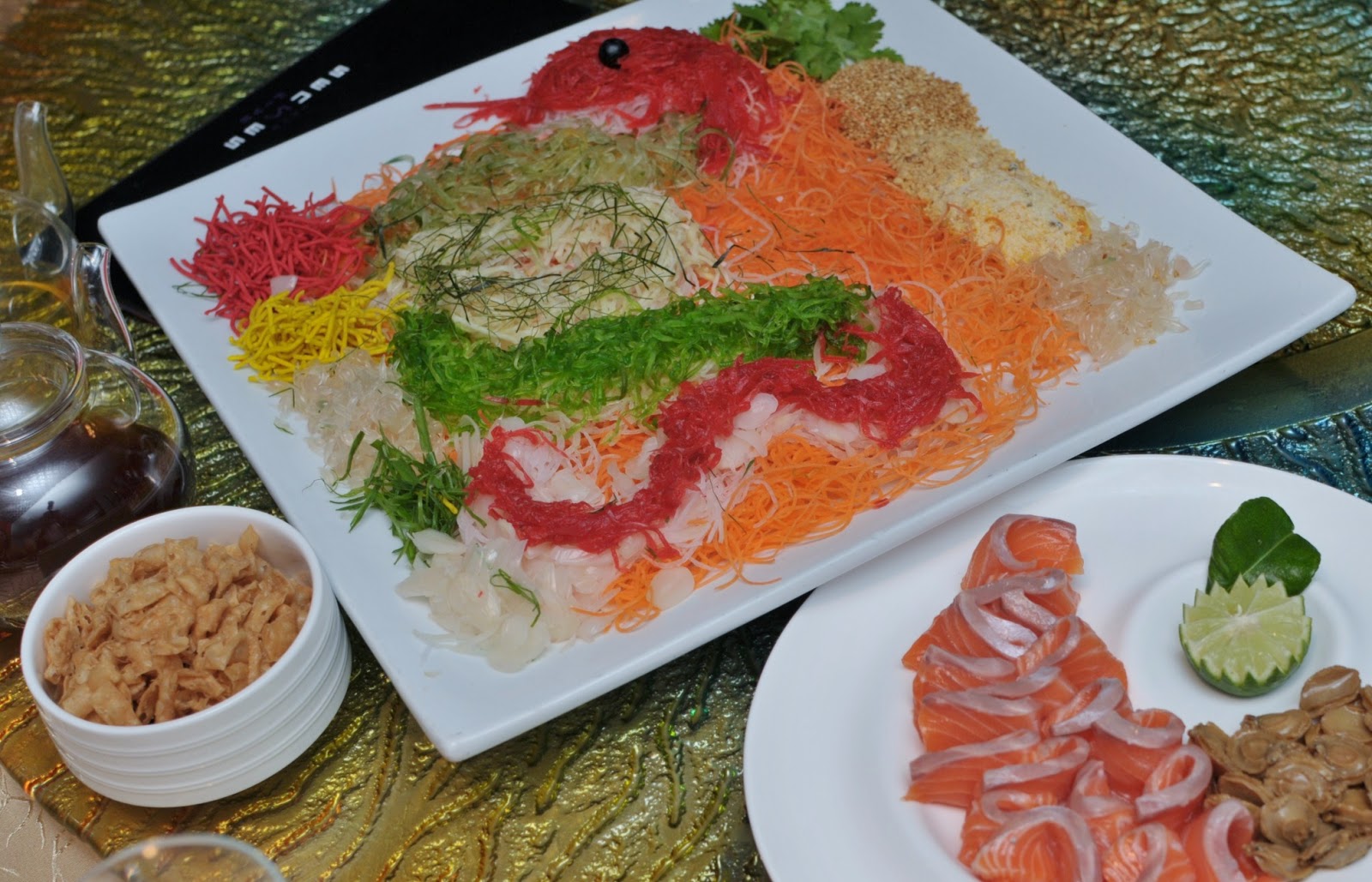 The stuffed clam shells with their spherical stuffing of Poached Sea Pearl Clam and Prawn in Superior Broth looked unerringly like a bowl of witchy brew filled with floating 'eyeballs'! It was sublime though with discernible hints of lemongrass and Chinese wine in the sea-sweet, gingery broth. The bouncy, smooth prawn and fish paste balls with diminutive clams and wolfberries went down a real treat. 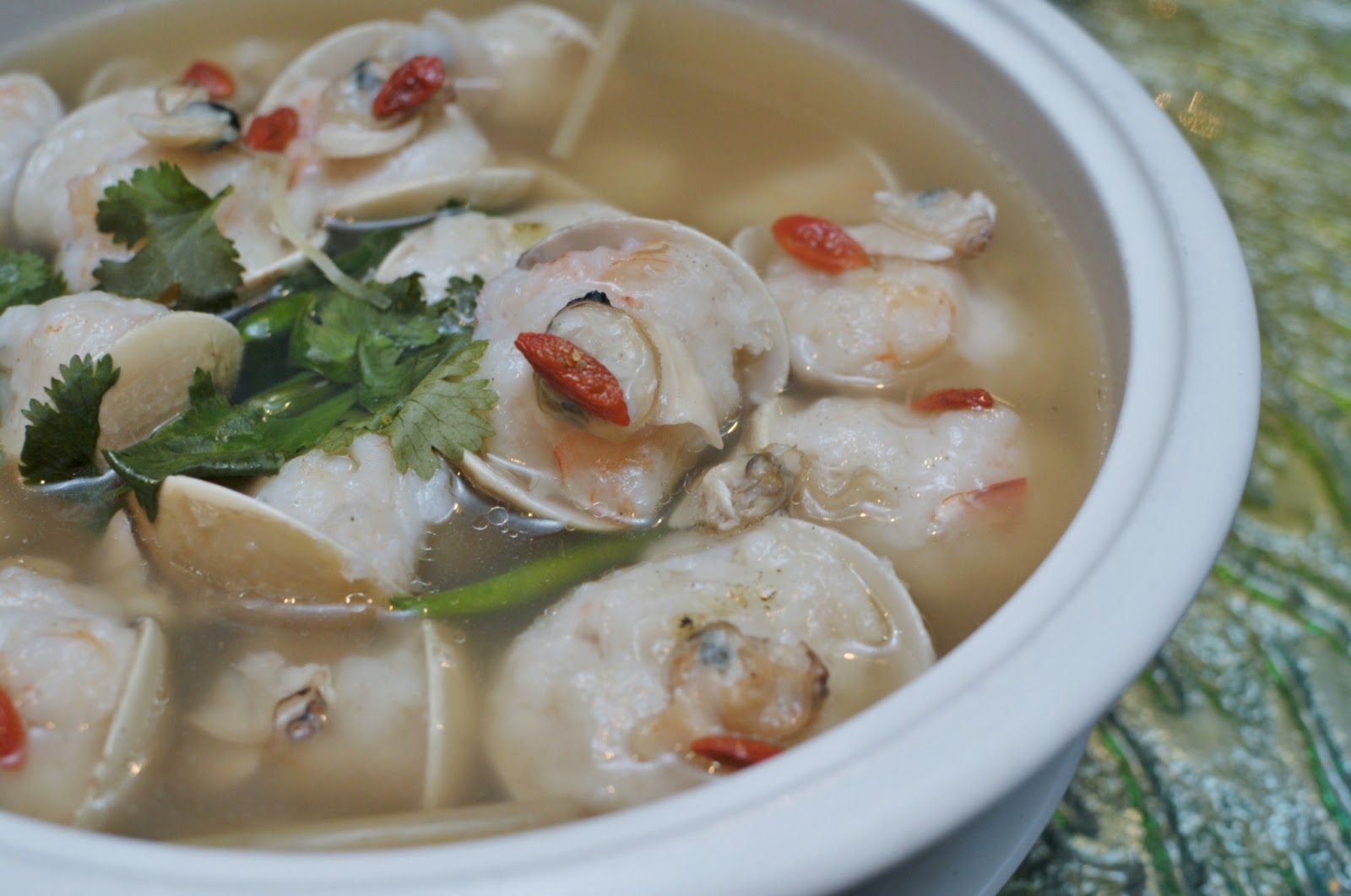 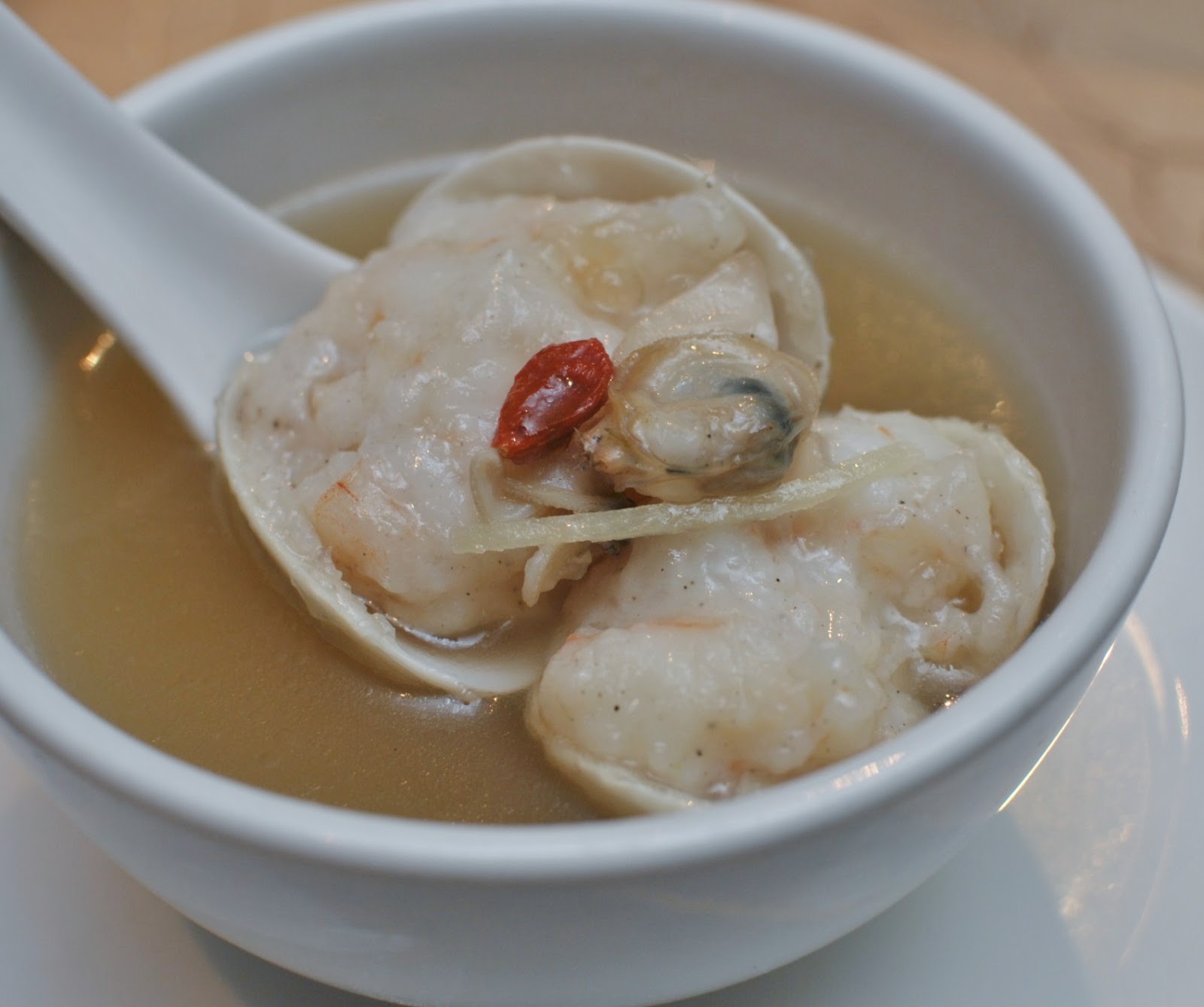 Five spice powder lent the Charcoal Roasted Five Sen5es Sar Tin Pigeon a tantalising dimension as we crunched our way through its lacquer-shiny skin and juicy dark meat. The least appetising part was the jerky-dry wing part but overall, the dish passed with flying colours. 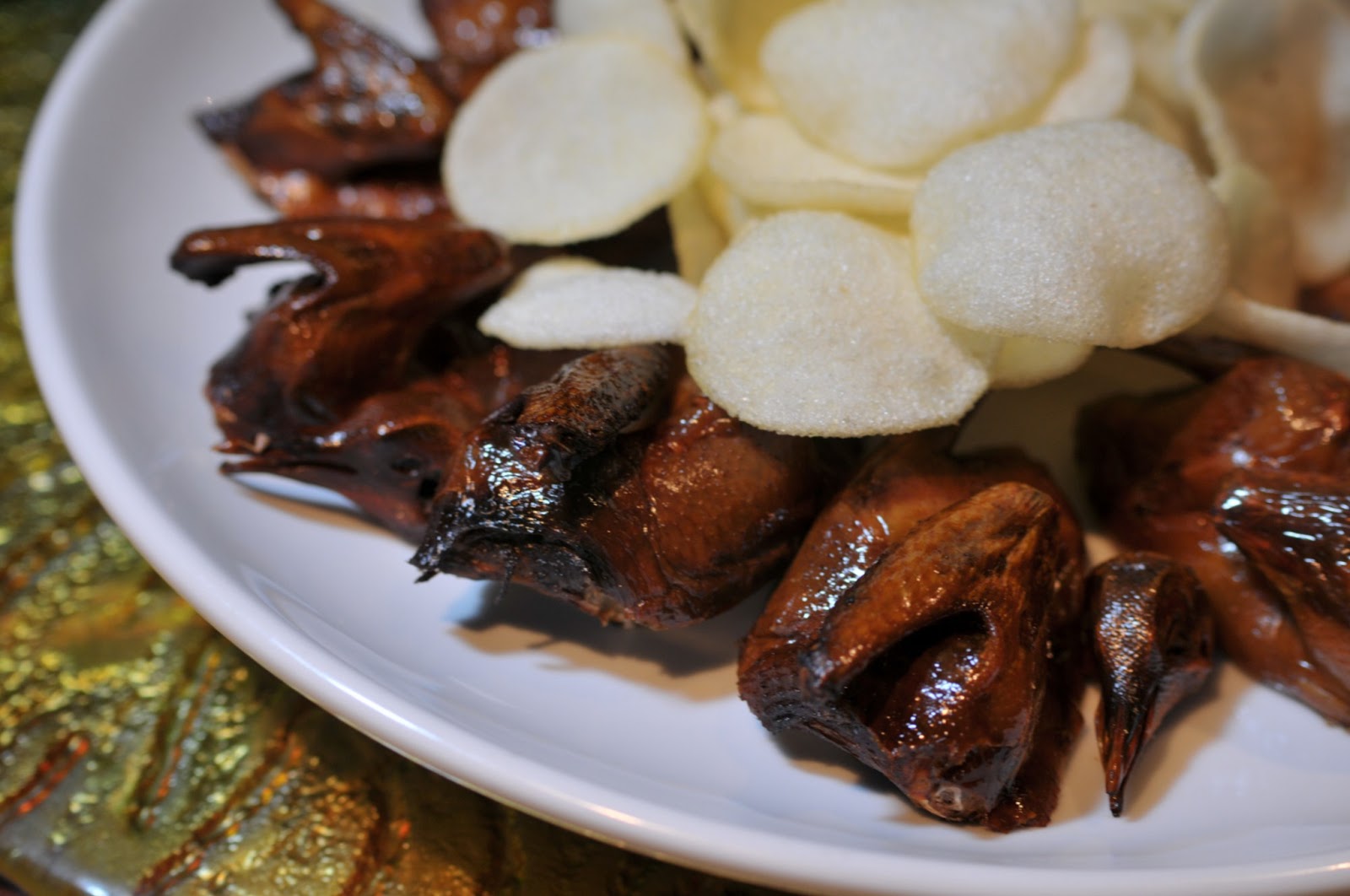 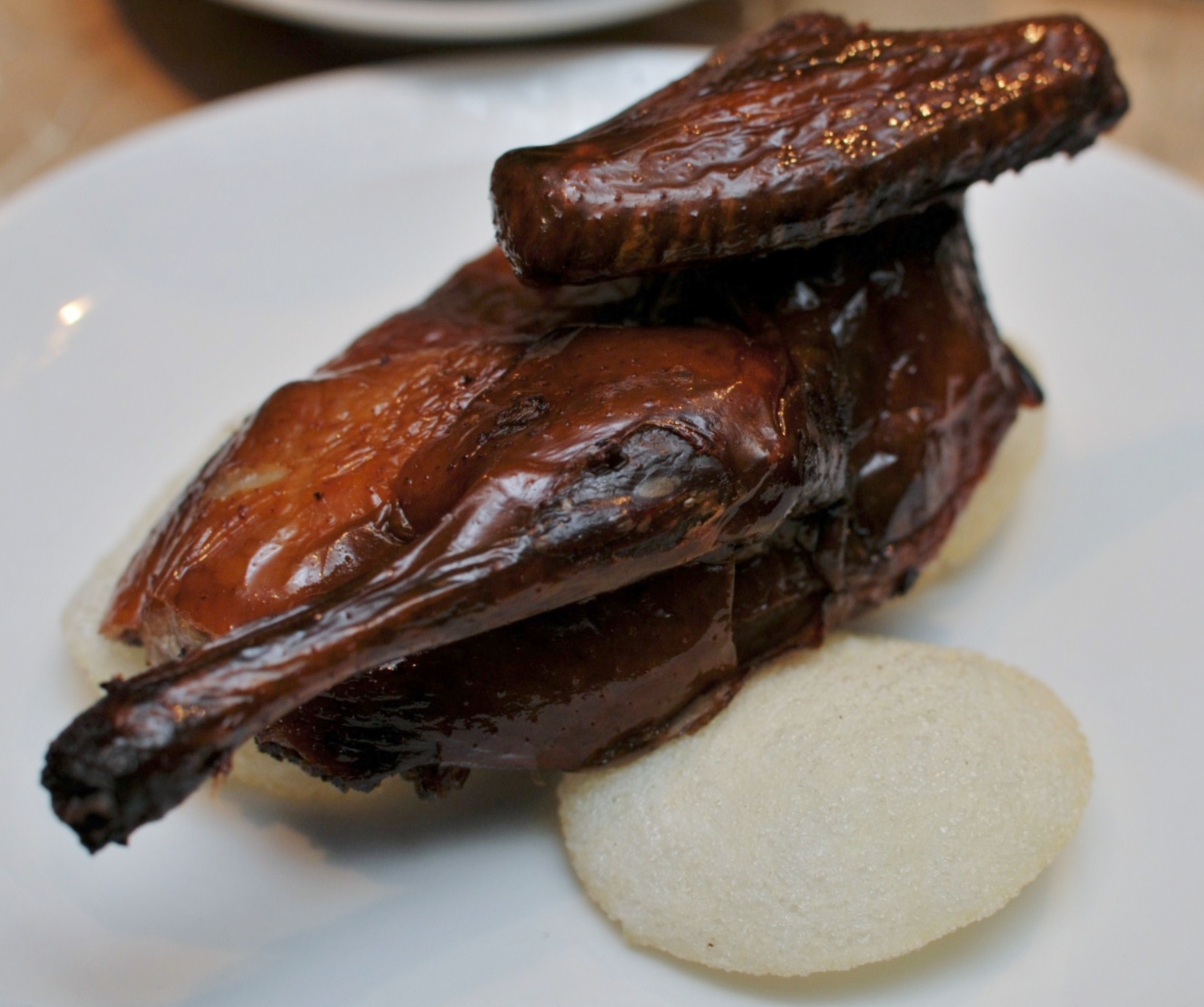 Despite its pared down approach, I love the Cantonese Style Steamed Longevity Goby Fish in Soya Sauce. Such a timeless recipe doesn't need reinventing. The fish was a clear winner in our book with its right degree of doneness. 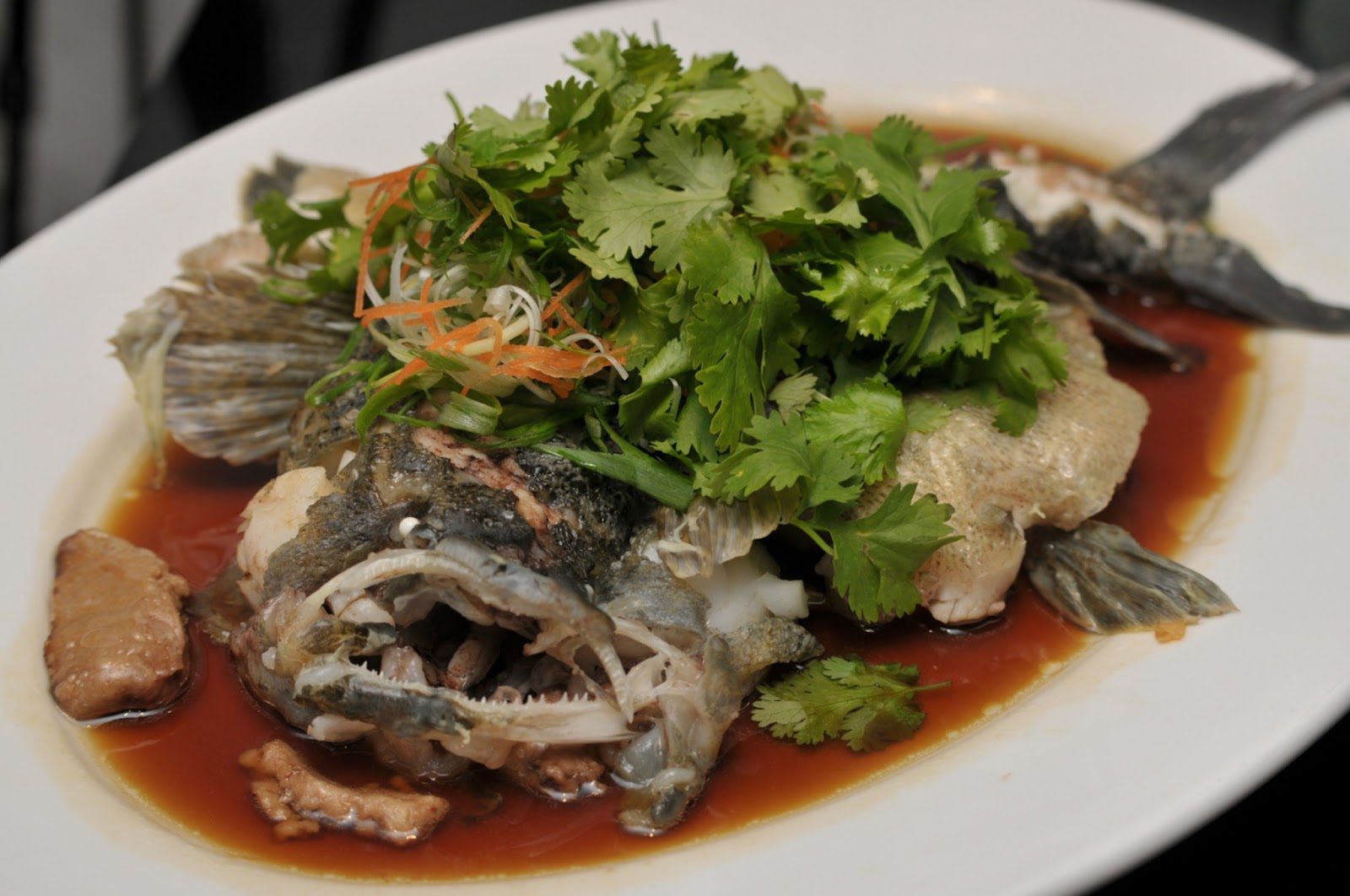 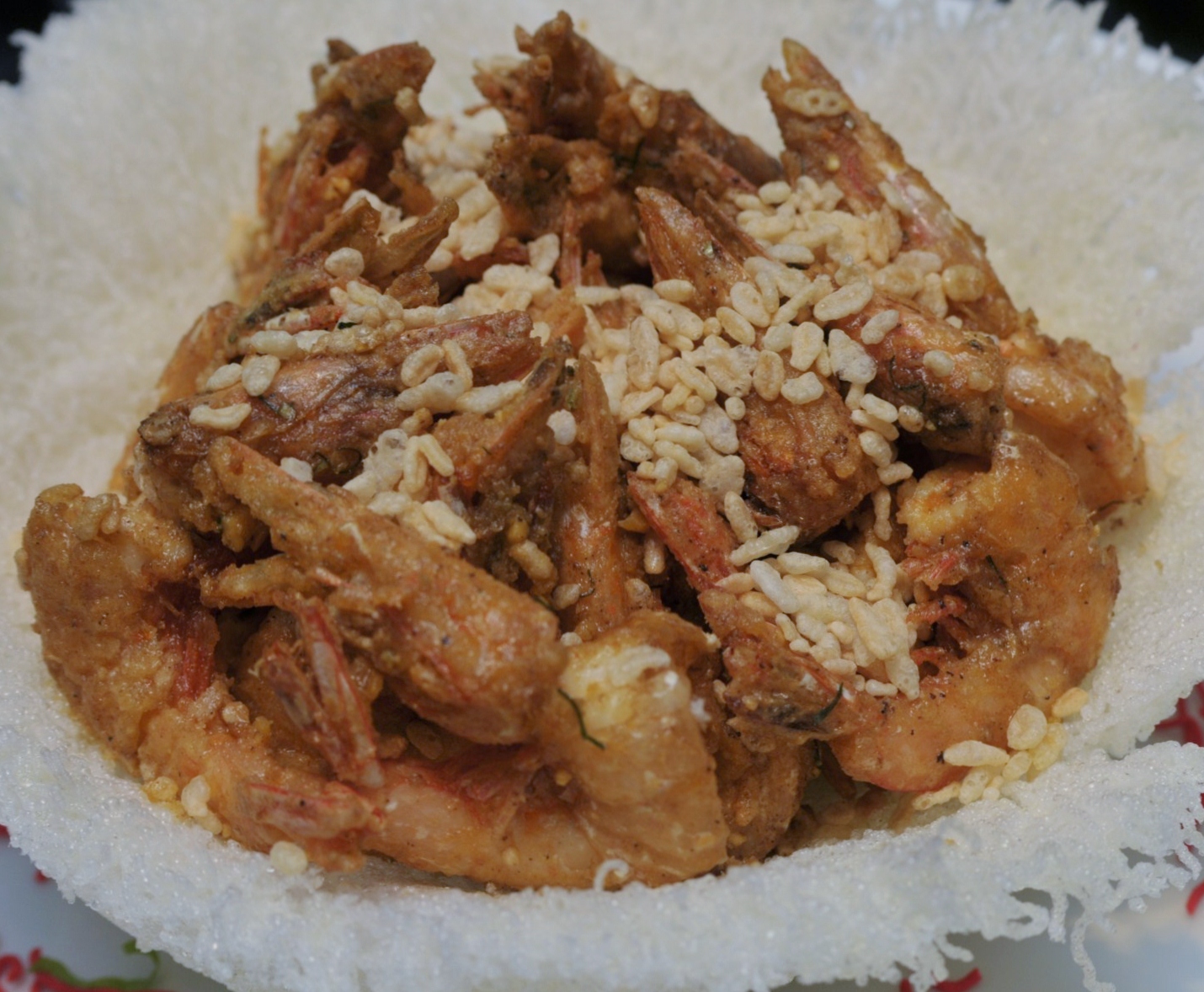 I was flummoxed when I came across Teeth Mushroom in the menu...what one earth could that be?!! Then it struck me that the said ingredient was nga ku or arrowhead! Also known as swamp potato or Chinese potato, it's a root vegetable grown under water. Crunchy with a mildly bitter aftertaste, nga ku can be stir-fried, sliced and deep-fried like crisps, braised or even stewed. I always know CNY is fast approaching when I see arrowheads being sold at wet markets. 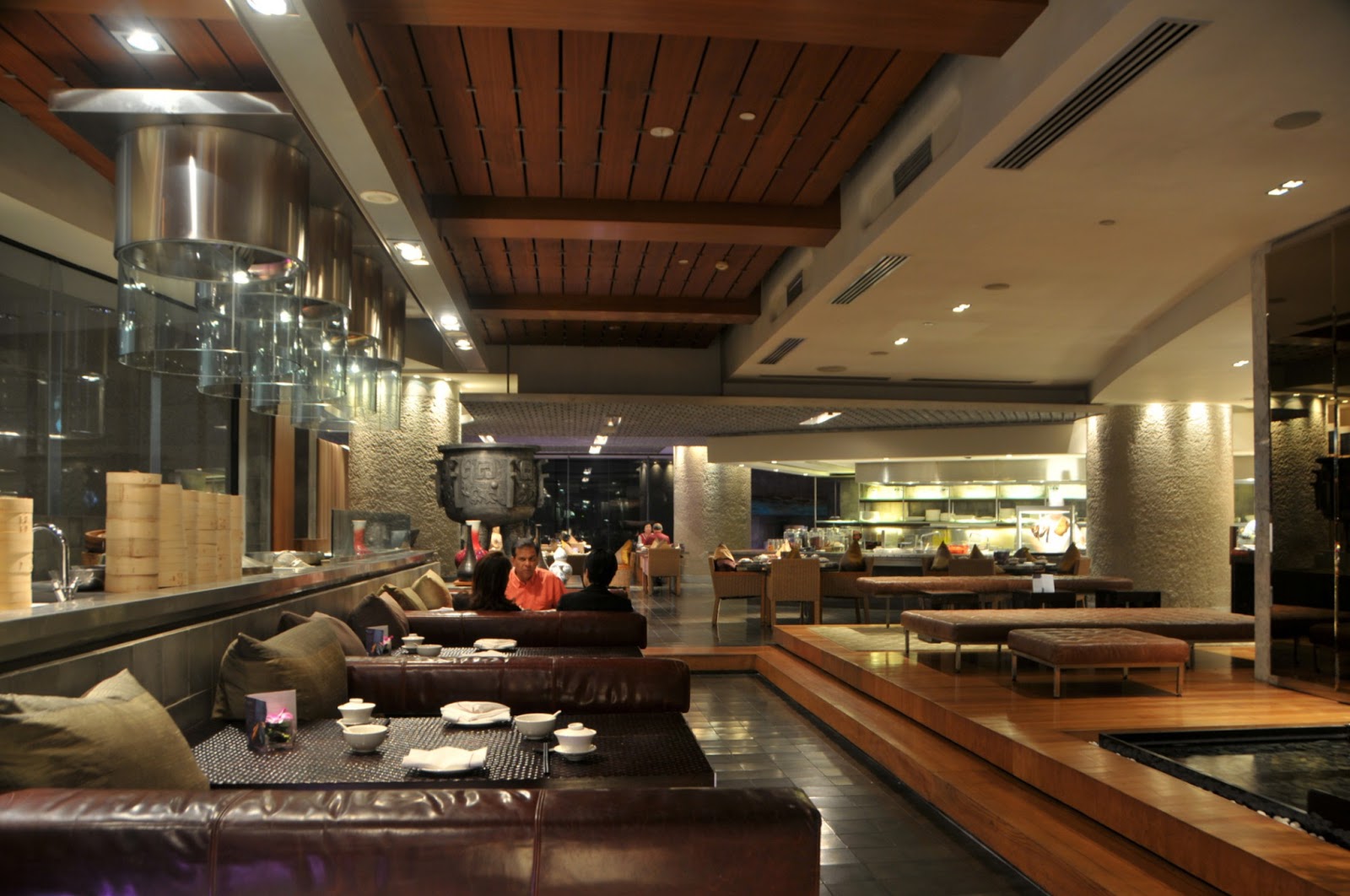 The chef here proffered Arrow Head Stir Fried with Lotus Root, Garden Vegetable and Toasted Pine Nuts - a simple but appetising combination that offers plenty of crunch and delicate nuances. A refreshing change to counter the heavier, meat-laden dishes we had earlier. (Sorry, no pix cuz was too busy eating!) 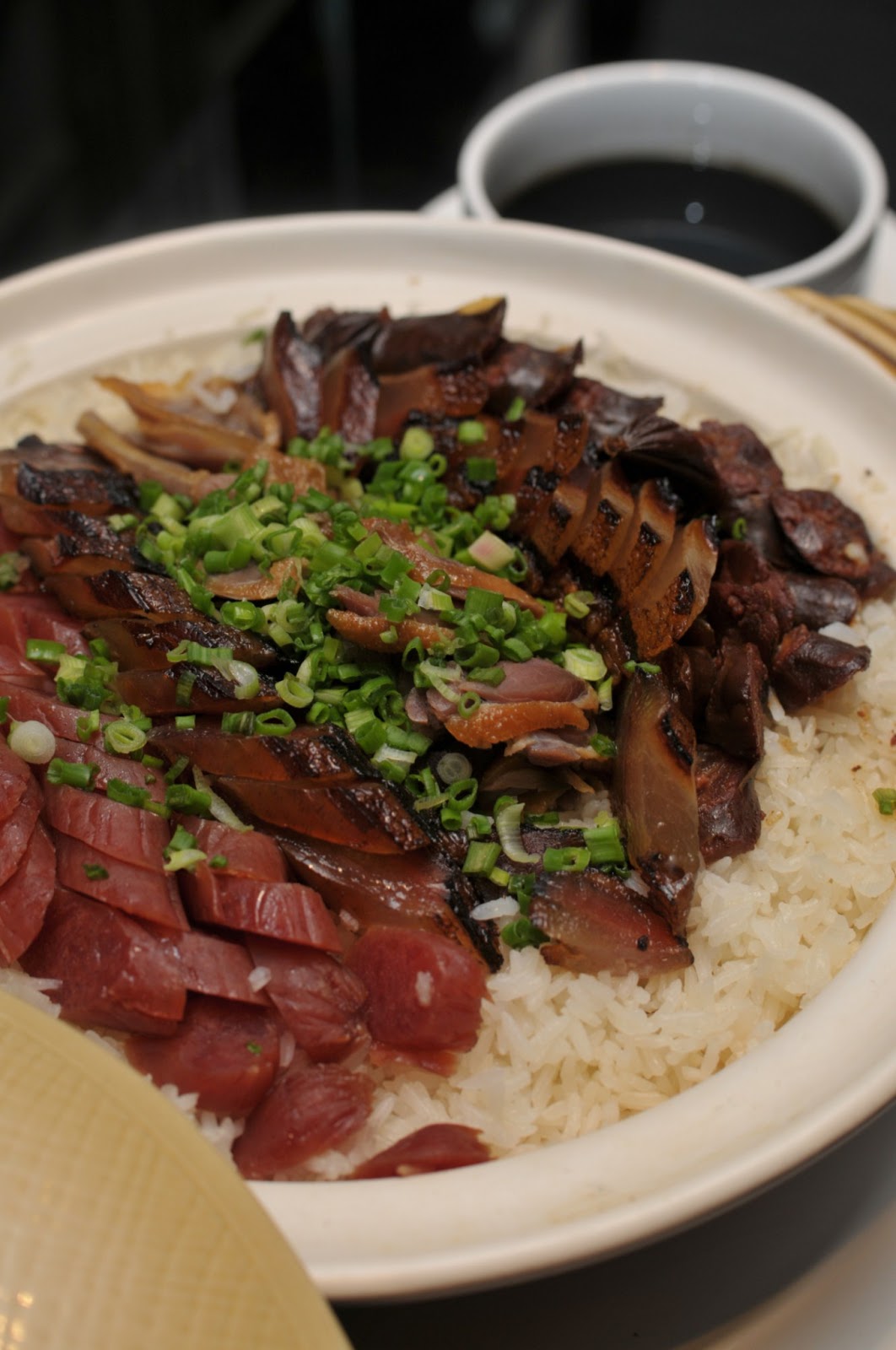 For the Cantonese and some Hokkiens, waxed meat is a festive staple for the CNY larder. I grew up chewing on waxed duck and sausages as tidbits every CNY so naturally I waxed lyrical (pun intended!) over the serving of Hong Kong Waxed Meat Rice Casserole. I had an overload of liver sausages in my bowl but hubby was delighted to scarf down the extras. 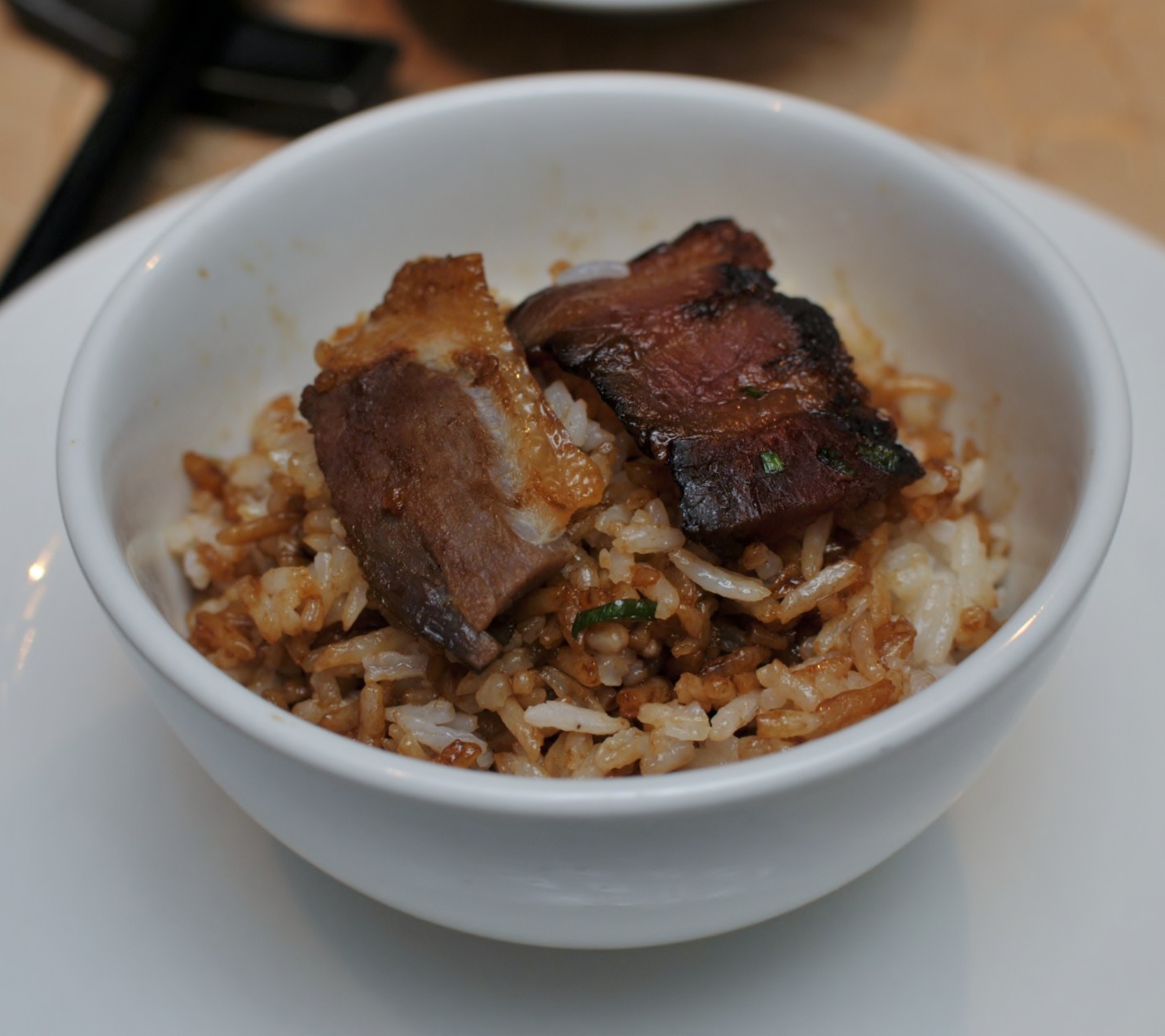 My favourite dish of the whole evening was the New Year Gold Coin Nian Gou with Sweetened Japanese Yam Paste Filling. It was a creative way of presenting the sticky glutinous rice cake - sliced and shaped to resemble old fashioned gold ingots, they were filled with an enticing yam paste in the centre and bore some freshly grated coconut on top. Nom nom nom! 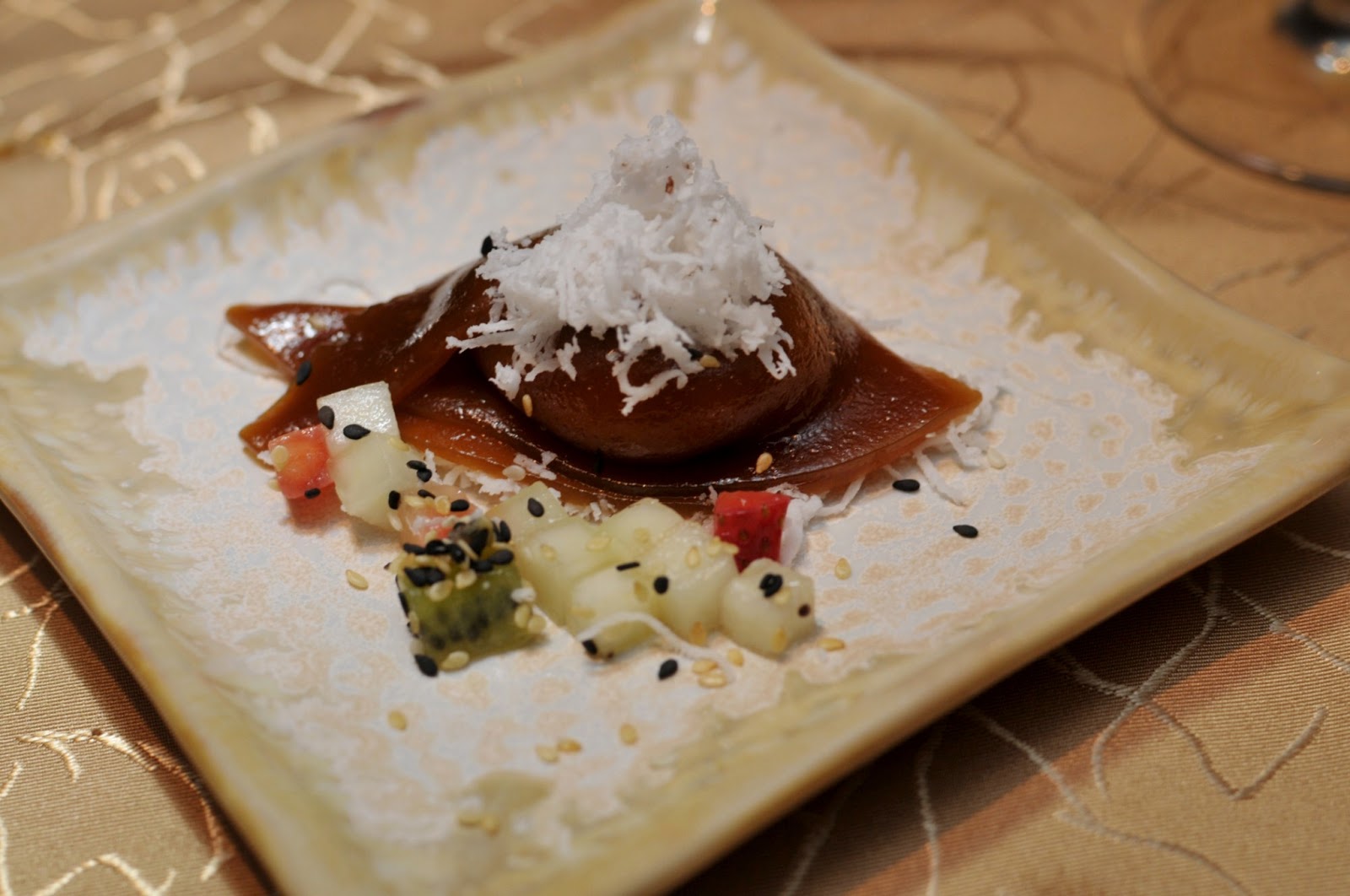 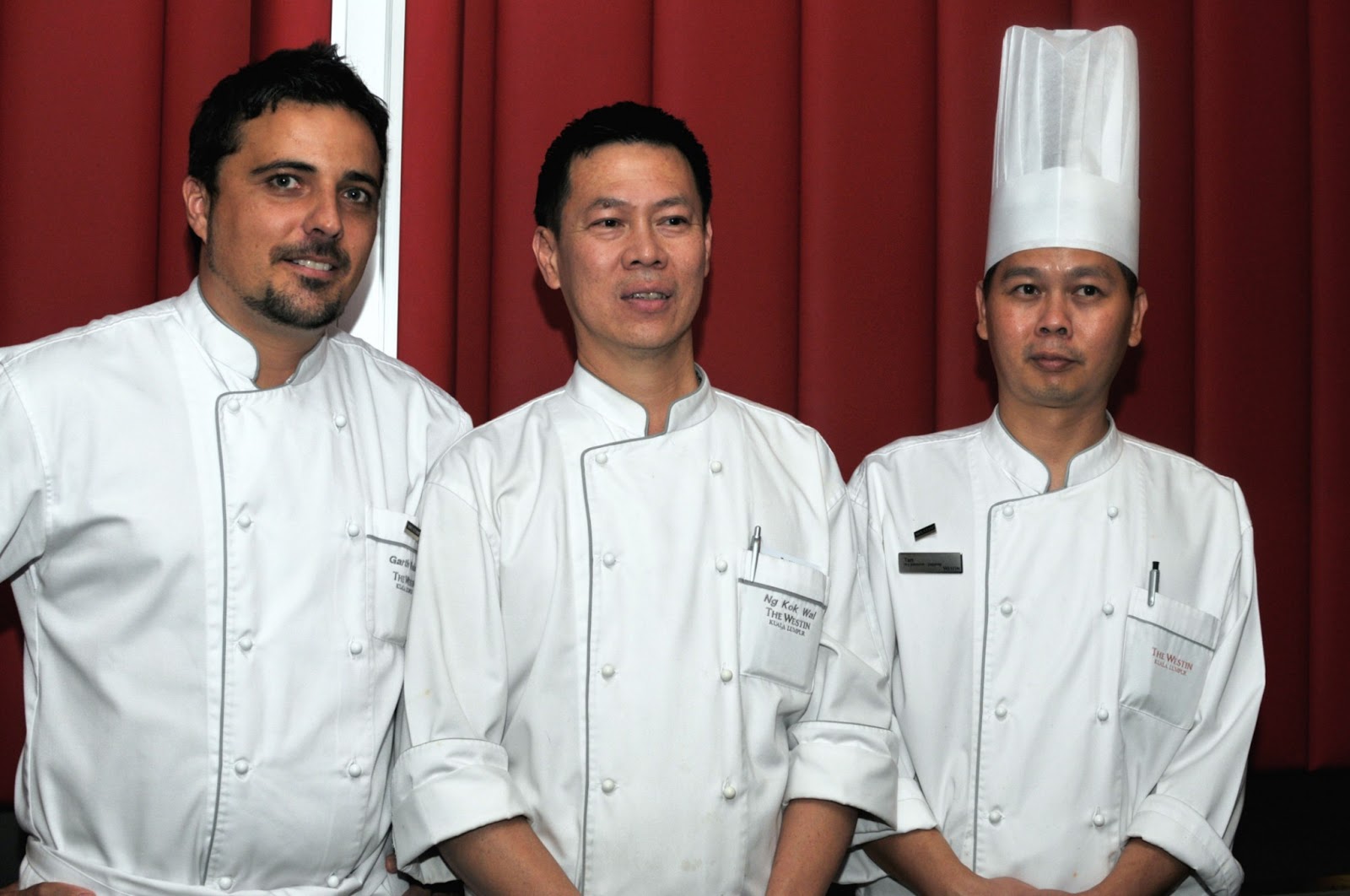 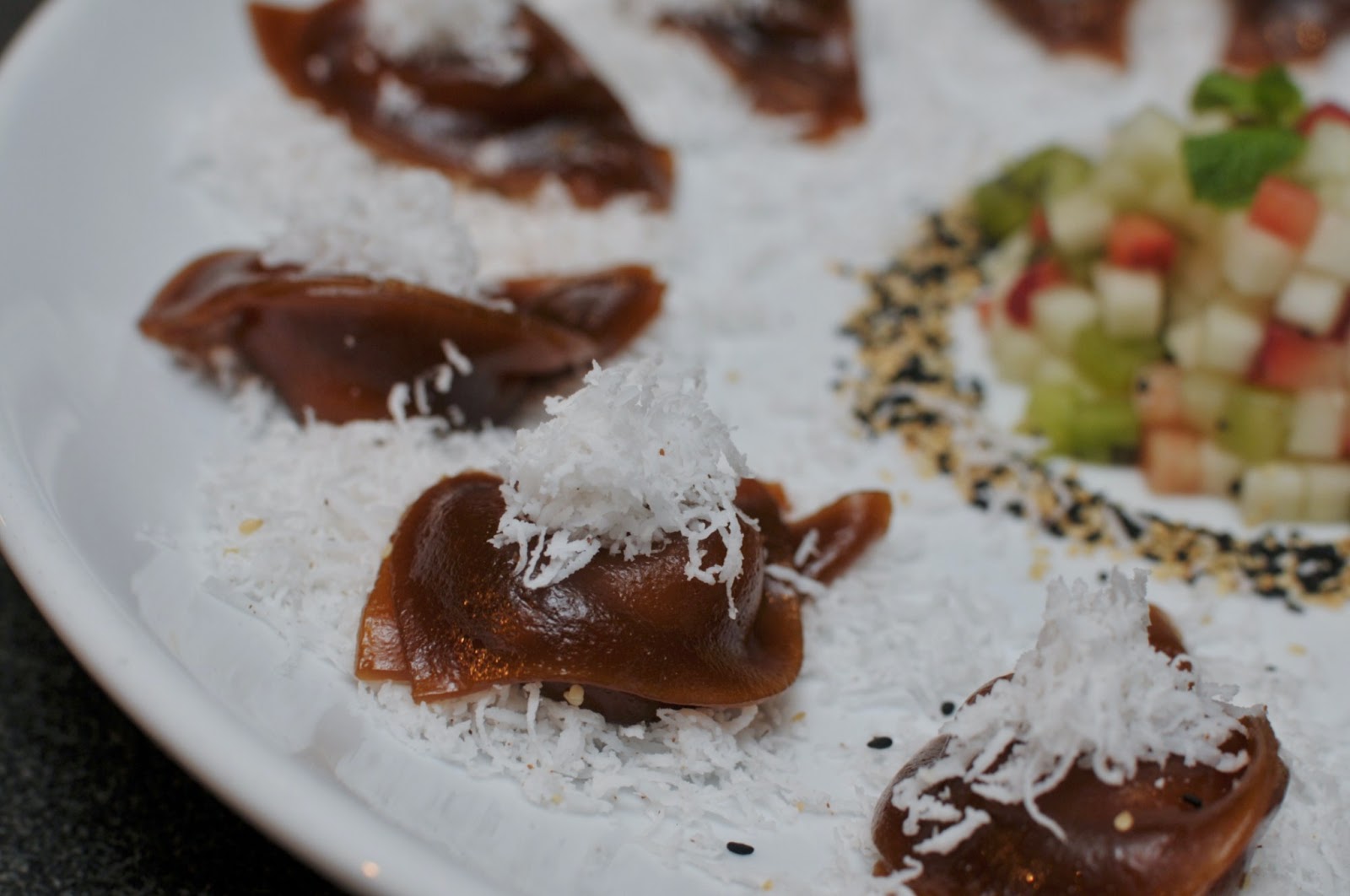 Kudos to the Westin KL chefs and overall team for such a sen5ational feast!

I have been eyeing the poached clams at others... must be sooo good!! ( I have good imagination.. wink!)

What a happy ending... my favorite way of Nian Gao all the time!!