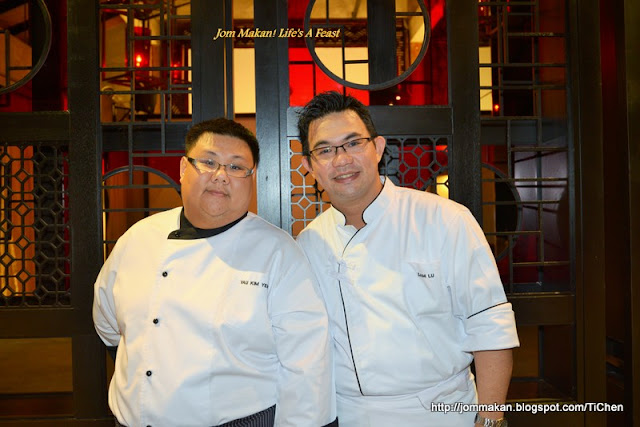 Executive Chinese Chef Sam Lu (right) unveils a new a la carte menu with his signature specials come September. For the month of August, discerning diners can savour his Gold Award Winning Menu from the 2015 World Golden Chef Competition in Shanghai. We had a taste of his signature dishes recently, a sneak peek of sorts on the specialities that define  the Chinese cuisine master. 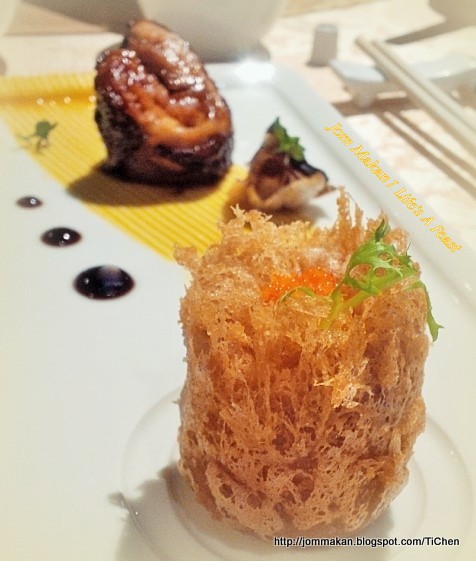 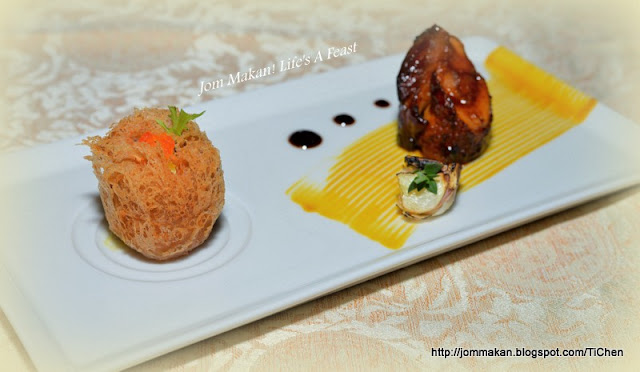 Scallop and banana were stacked within the crispy taro croquette ...a flirty teaster for our tastebuds with its different soft textures and ethereal sweetness. It was paired with roasted chicken roll with Korean BBQ sauce (RM38) - a savoury roll sheathed in sticky sauce with a slight smokiness imbued by the Korean chilli powder in the marinade for the chicken. Marinated for two bours, the roll is pan-fried then baked. The secret behind the sauce is the reduction of vegetable stock as its base with A1 and Worcestershire sauces added to it. 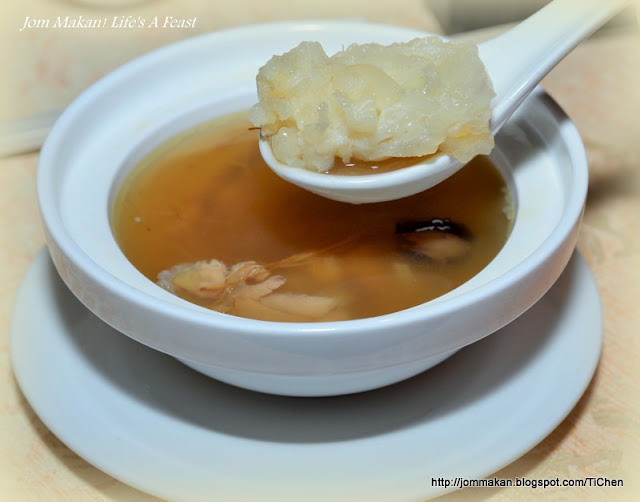 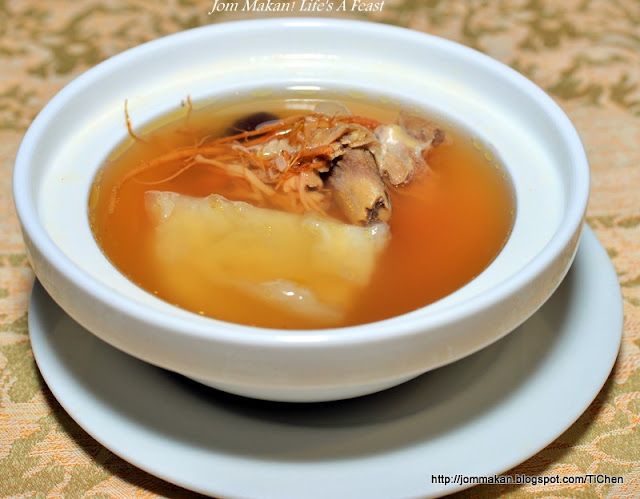 Double boiled village chicken with fish maw soup (RM88) gently infused with American ginseng root then warmed our hearts with its delicately sweet albeit subtle woody nuance; melding with the inherent sweetness of red dates and oceanic richness of conpoy. The thick and spongy fish maw was unfried, giving the broth a clear, unadulterated flavour. 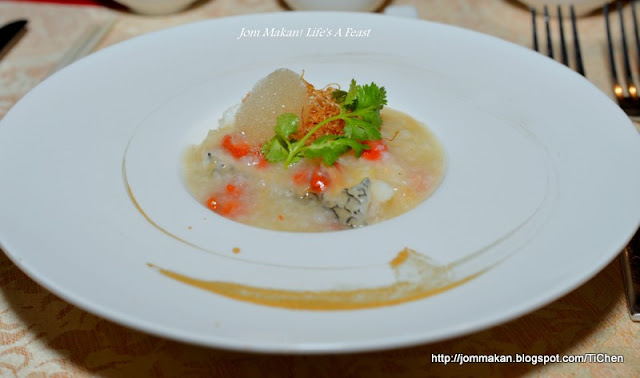 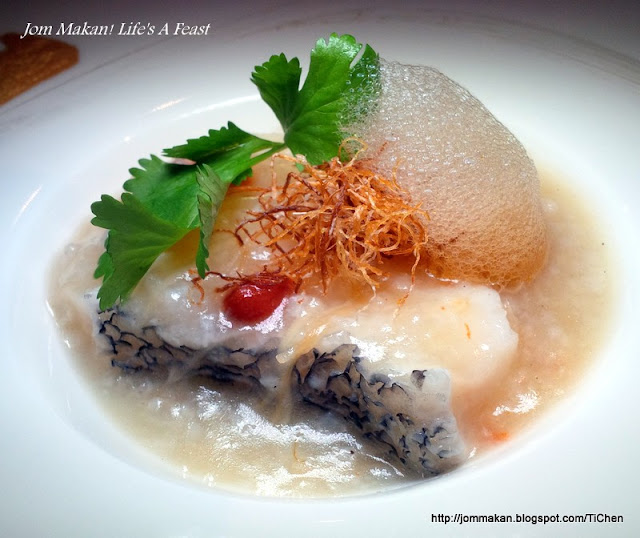 Steamed cod with Chinese herbs (RM35/100g) was an excellent conversation stopper. Silky smooth porridge boiled with wai san or wild yam coupled with the bright sweetness of wolfberries play vital roles in amplifying the marble smooth cod. The master stroke is the little mound of tong kwai & soy sauce accented foam to bestow whispers of herbal earthiness alongside fried threads of ginger and fresh coriander to temper any fishy overtone. 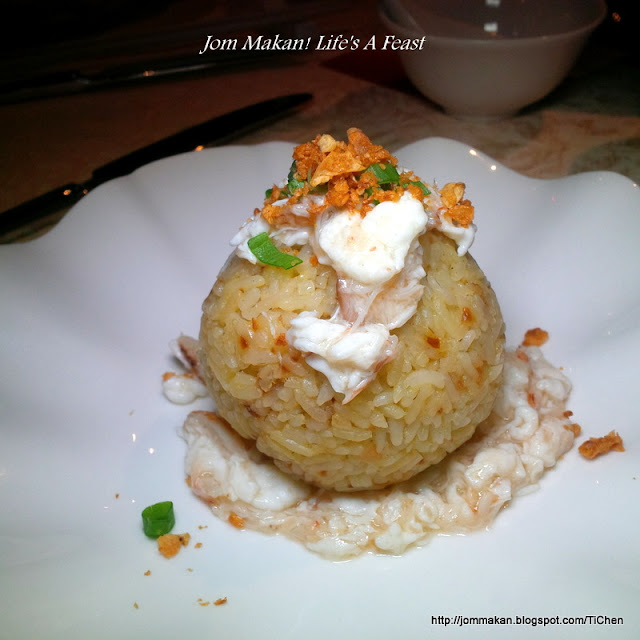 Butter garlic fried rice with crabmeat (RM40) is a ballsy creation in more ways than one. Using roux to bind the fried rice, the mouthfeel was reminiscent of risotto. Subtly creamy but not too cloying with clumps of egg white added some moistness to it. Crab meat lent it the final flourish. 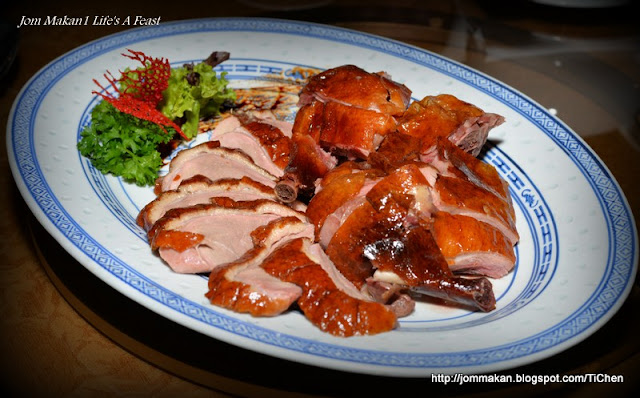 For first-timers to Ti Chen, the hot fave among regulars has to be Sichuan smoked duck (RM68 half, RM118 whole). Immersed for four hours in a stock of Chinese herbs and spices, the duck is air-dried, given a lacquer of 'colour' then smoked. Following the final roasting which takes about 45 minutes, the duck meat is suffused with pleasing smokiness of apple wood chips with some herbal aftertaste. 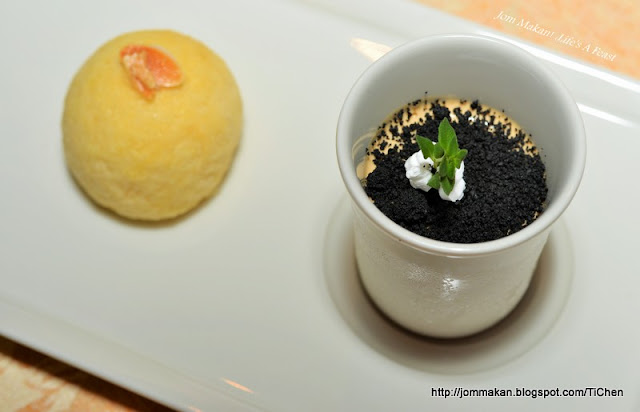 Coffee pudding (RM15) inspired by panna cotta and topped with cream used two types of coffee as flavourings and some added sugar. The richness is luxuriant but not sickeningly so thanks to the acidity in the coffee to temper it. 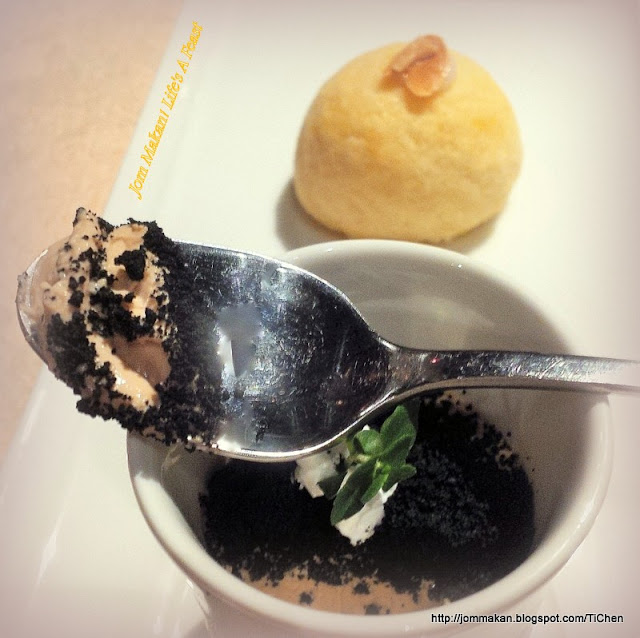 Baked almond cream bun (RM6/pc, min 4 pcs) is polo bun - a buttery crust bun with a twist, the filling from blended almond juice cooked down to a gluey paste. We loved its mildly salty and airy-lightness. 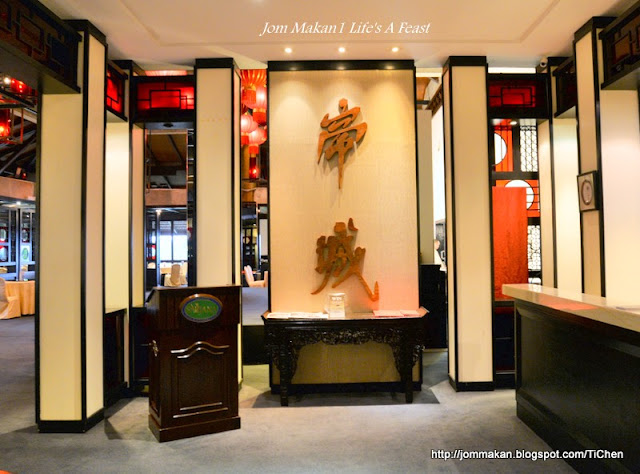 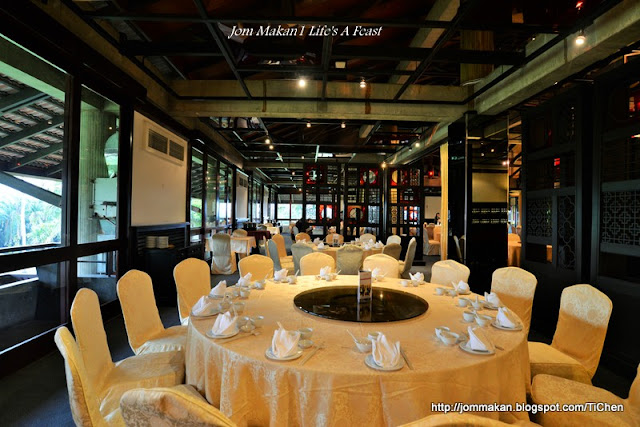 For a taste of Chef Sam Lu's award-winning menu, reserve your seat two days in advance. The menu will be available until end of August.

I need another serving of those soup!