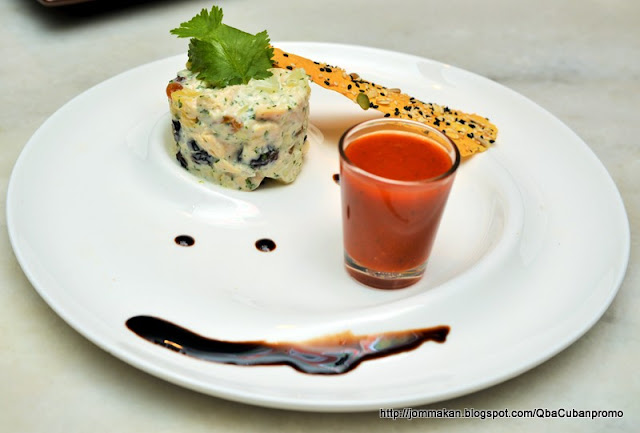 After warming up with QBa's signature Mojito and Caipirinha cocktails, Timbal de Pollo Y Sopa Fria de Tomate (RM21) got us off to a rollicking start. The mound of chicken with pineapple and raisins was tossed in lightly creamy yet flavourful cilantro aioli; best eaten with shards of sesame flecked lavash and washed down with Chef Alfredo’s briny-zingy summer vegetable gazpacho. 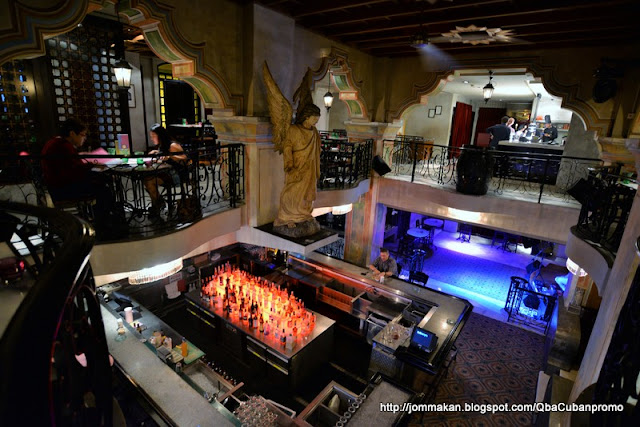 We were whisked off to Cuba on a culinary journey to mark Qba's new revamped menu and the return of chef Alfredo Hernandez to the fold. According to Latin Caribbean food expert Hector Rodriguez in Aboutfood.com, Cuban food is heavily influenced by Spain as Cuba is the first and last Spanish colony in the Caribbean. Havana was an important trading port in the colonial era and immigrants from southern Spain bestowed Cuban dishes with their Andalucían roots. Roots and tubers such as malanga, potatoes, and yucca as well as starchy plantains, bananas and rice are common. 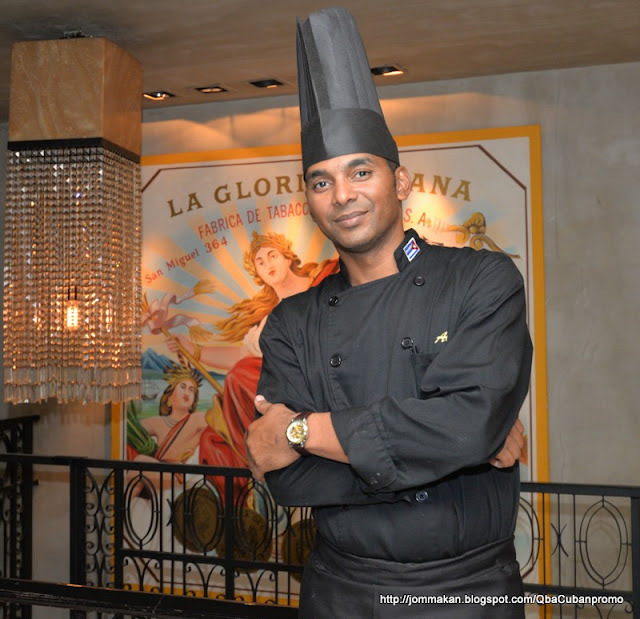 Now you can explore the vibrant flavours of Havana till 22 August 2015 at Qba Latin Bar &Grill. Guest chef Alain Mendiola from Hotel Saratoga will be dishing up a plethora of Cuban specialities on his maiden foray to Malaysia so you should make haste and try his signature dishes before the promotion ends. 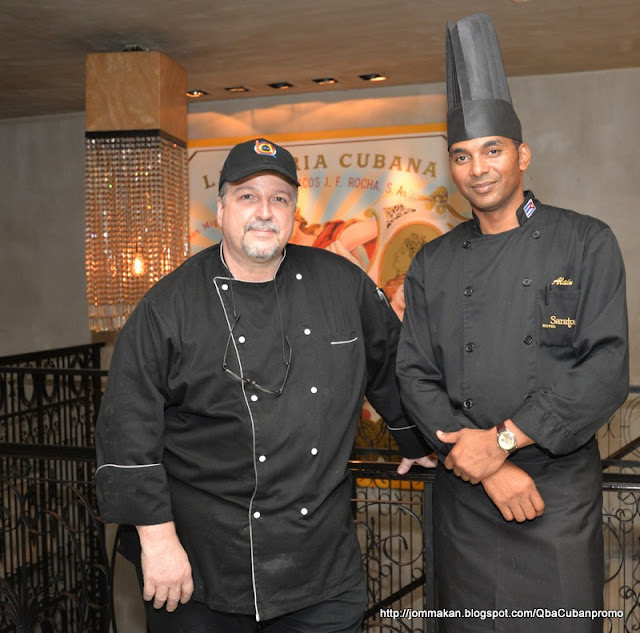 As one of Havana’s iconic landmarks in the vicinity of the restored Historic Colonial Site, Hotel Saratoga has played host to notable A-listers such as legendary guitarist Jimmy Page, Beyoncé and Jay-Z. Executive Chef Alain is responsible for keeping his jet-setting guests happy with culinary delights that meld Cuba’s bright, multi-spice flavours with a more contemporary approach. 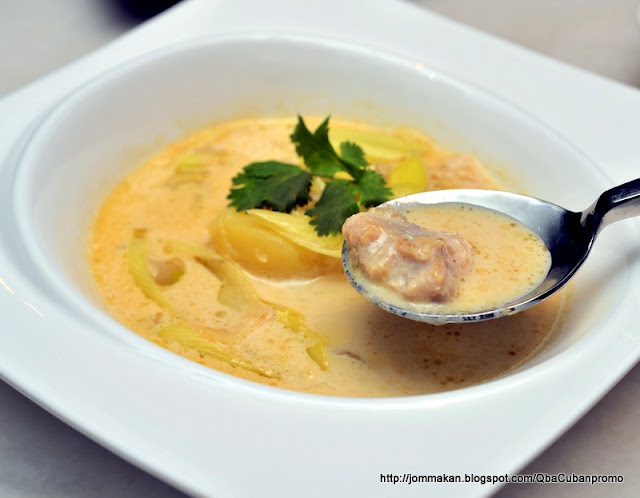 Among the comforting eats served is Salsa Perro (RM33) which reminded me of a non-spicy Thai white tom yum. The comforting broth of seabass fillet, onion rings, leek & fennel is subtly rich but its coconut milk base was enough to magnify the delicate herbal accents and the seabass’ inherent sweetness. 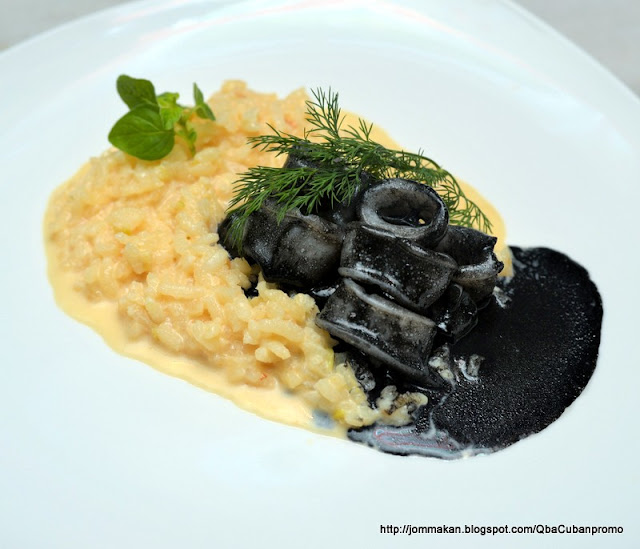 Substantial enough to be a main, the starter of Calamares en su Tinta (RM26) or calamari rings in black ink sauce with vegetables and blonde beer pilaf tasted similar to risotto. We thoroughly relished the tender squid prepped in its inky sauce - a nice contrast to the creamier pilaf. 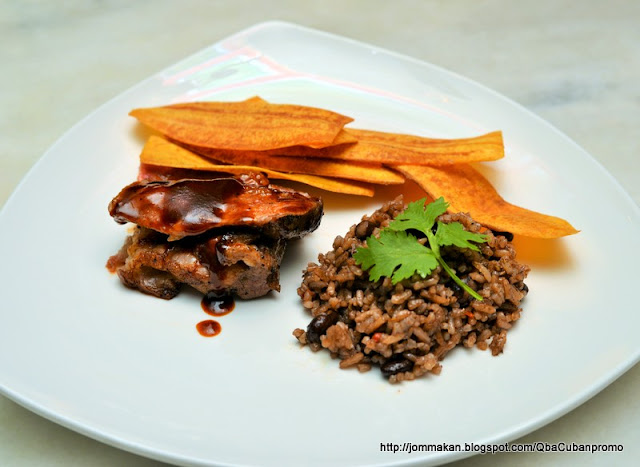 It was interesting to taste the difference between plaintain and banana chips in the main course of Tasajo de la Bodeguita (RM45). The former - drier and crispier –went hand in glove with the sofrito beans rice. Sofrito - sautéed diced onion, garlic and cumin with vegetables and spices/herbs – forms the flavour foundation in Cuban dishes such as rice with black beans. A show-stopper in its own right despite its secondary role. 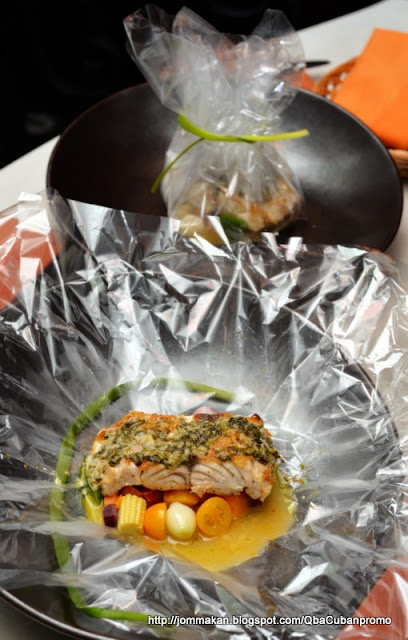 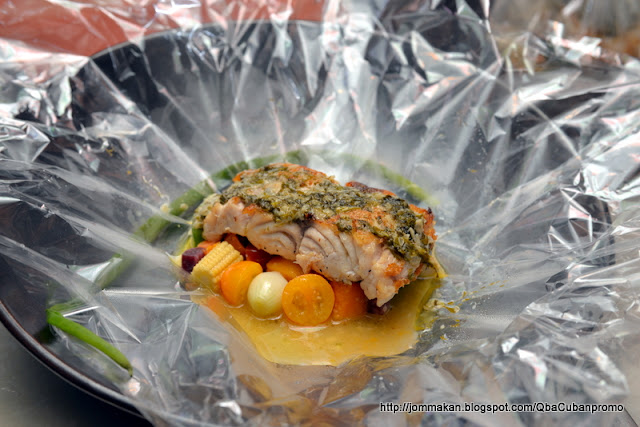 We sniffed appreciatively when enticing aromas rose out of our Pargo Caimanera (RM50). Cooked en papillote (in a parcel), the slab of moist red snapper fillet on a bed of vegetable menestra (stew) spiked with Pedro Ximenez (Spanish sherry) reduction was deliciously ephemeral on the palate but soulfully satisfying. 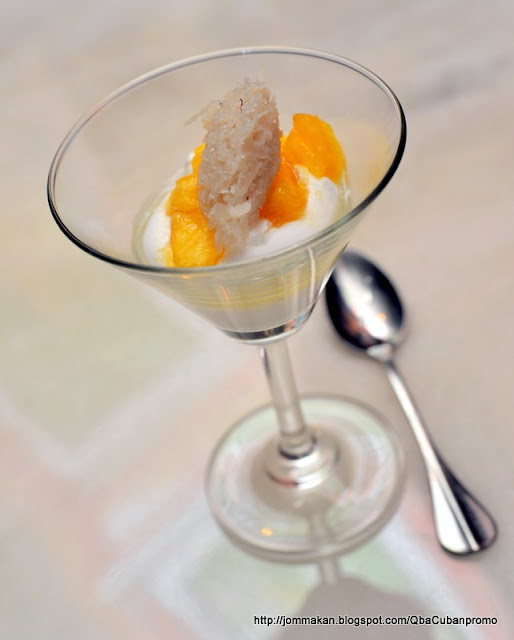 Our curtain-downer was intriguingly named Pina Colada (RM20) – an edible cocktail made up of sweetened grated coconut topped with rum flambéed pineapple dices on whipped coconut cream. It was a flirty, sultry wrap-up for our maiden Cuban cuisine fling.