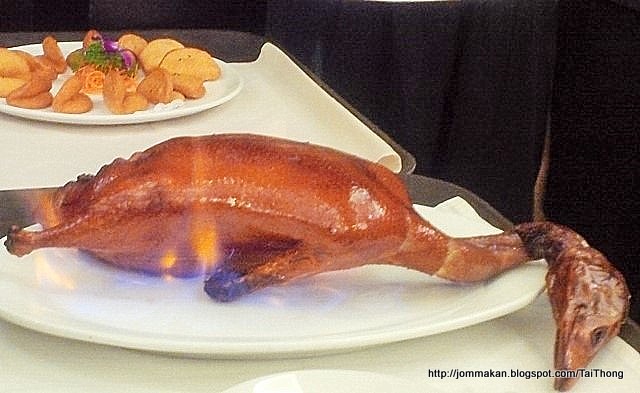 You’d probably have heard of or eaten Beijing duck but have you ever encountered or savoured one that’s set on fire? Now you can enjoy Flaming Beijing Duck (RM88.80) - a speciality that's part of Tai Thong group’s BBQ Promotion which is currently on until 30 September 2015. 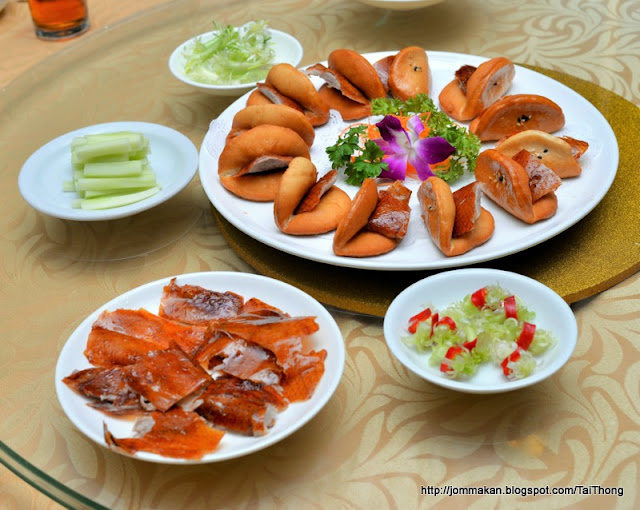 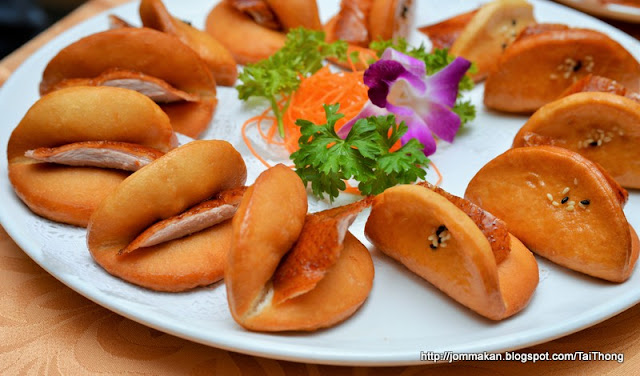 Served with Crispy Buns (deep-fried mantou), be prepared for its dramatic presentation at table-side when you order this speciality. Imagine watching a whole Beijing duck roasted to golden-brown perfection set alight, to crisp up the outer skin. 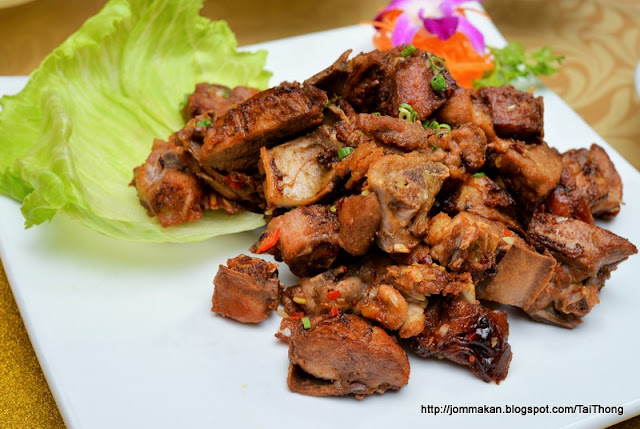 Afterwards, layers of the duck skin and meat are sliced off and stuffed into the crispy buns for you to sample. While you polish off the delectable buns accompanied by requisite florets of spring onion and sweet bean sauce, the remaining duck is whisked off to be stir-fried into a second dish. 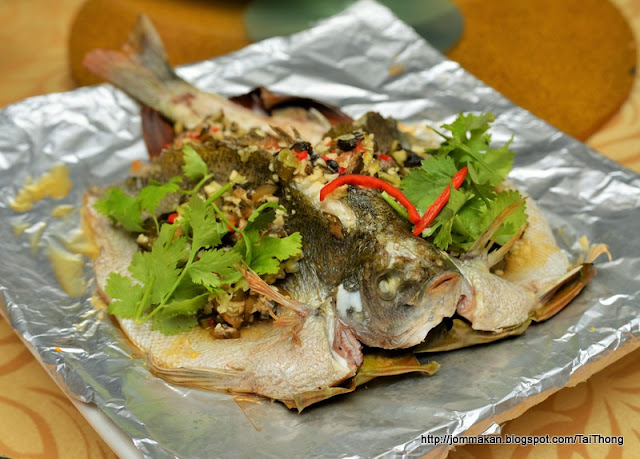 At a recent preview, we were also treated to Baked Jade Perch with Chilled Garlic & Pickled Cucumber Sauce (RM68.80 until 31 August). Gherkins or pickled cucumber was the secret ingredient which amped up the fish’s fresh sweetness. Steamed fish fans should make a beeline to this long-standing Chinese dining bastion for a taste of this gastronomic delight. 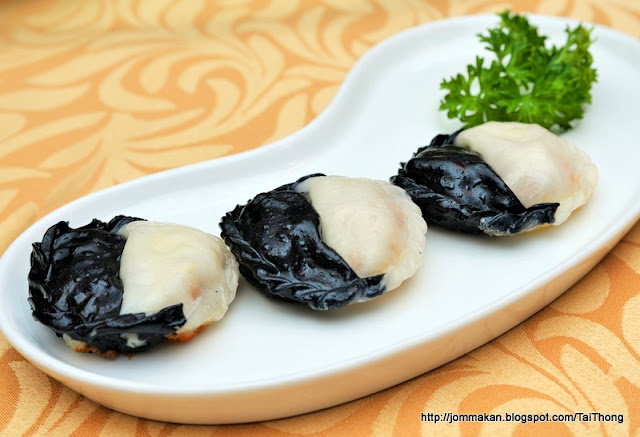 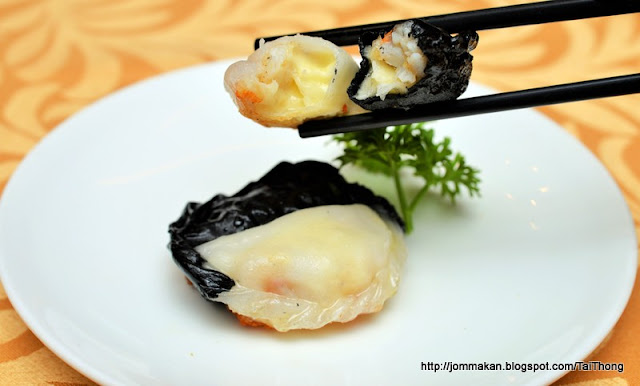 Tai Thong’s newly introduced Black Temptations dim sum selection (available until 31 October 2015) is guaranteed to turn you towards the ‘dark’ side. Crowd-favourites include a slightly chewy Pan-seared Dumplings with Fish Paste and Cheese (RM9.80) – a yin-yang dumpling with pretty crimped edge stuffed generously with gooey cheese and fish paste. Eat this piping hot for maximum satisfaction. 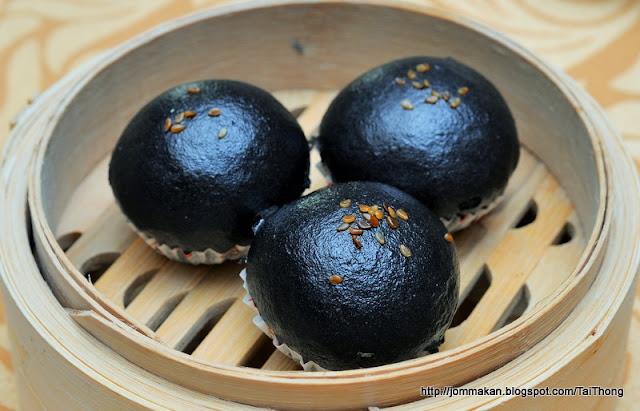 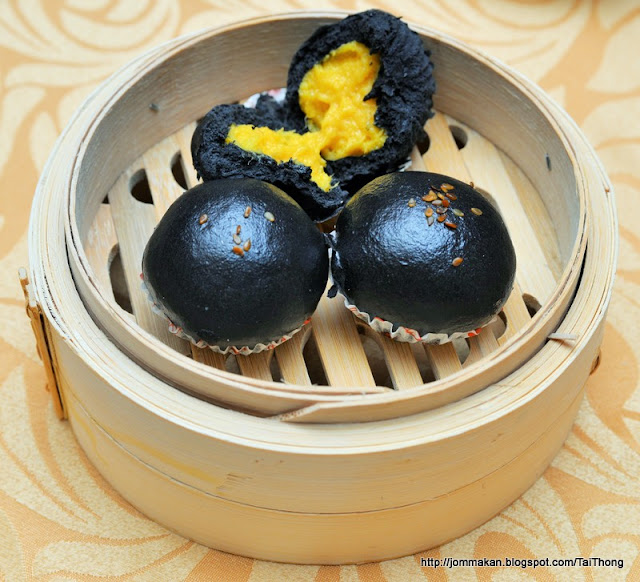 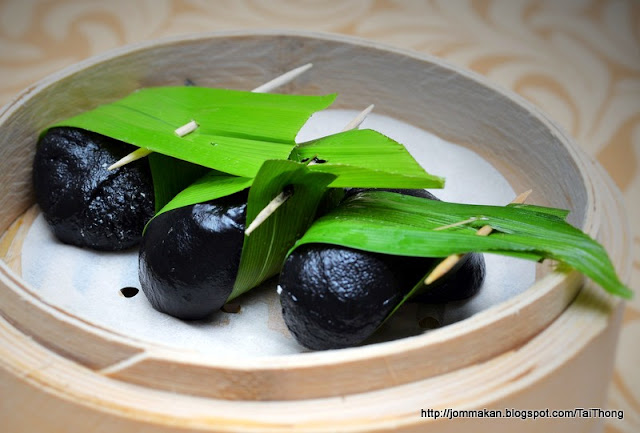 More chewy goodness can be found in sweet creations of Glutinous Dumplings with Sesame Paste (RM6.80) and the duo-toned Chilled Coffee Jelly (RM5.80). Both look equally presentable; the former wrapped in pandan leaves and the latter subtly sweet with alternating layers of black and milky brown jelly. 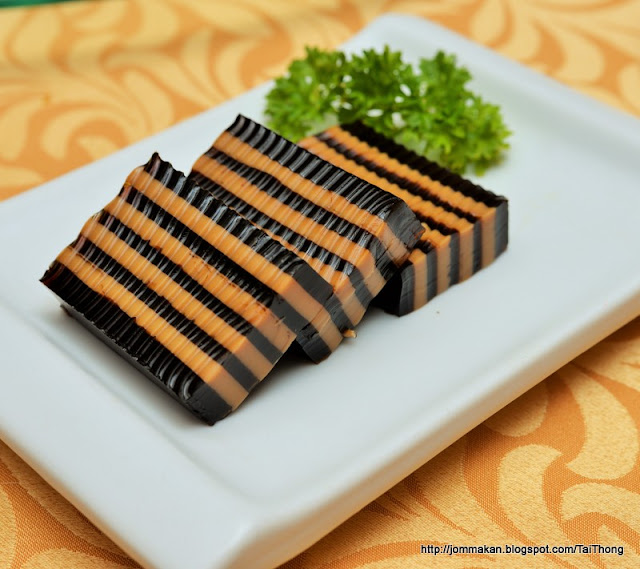 Come 1 November 2015 till 31 January 2016, look out for the inventive Spicy Series to fire up your tastebuds. Expect tummy warmers like Spicy Dumplings in Pepper Soup (RM9.80) – the clear soup is peppery on the palate while the ‘sui kow’ dumpling is almost bursting with a zesty stuffing of prawn and chicken mince. 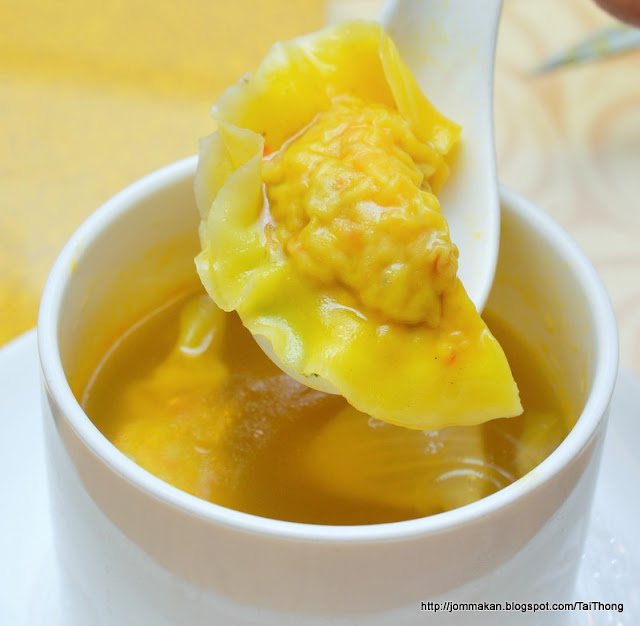 Alternatively, there are Pan-seared Spicy Dumplings (RM8.80) with tiny filigree-like fins to tantalise you. Bearing a similar filling of chicken and prawn, they are flavourful enough on their own without any dips. 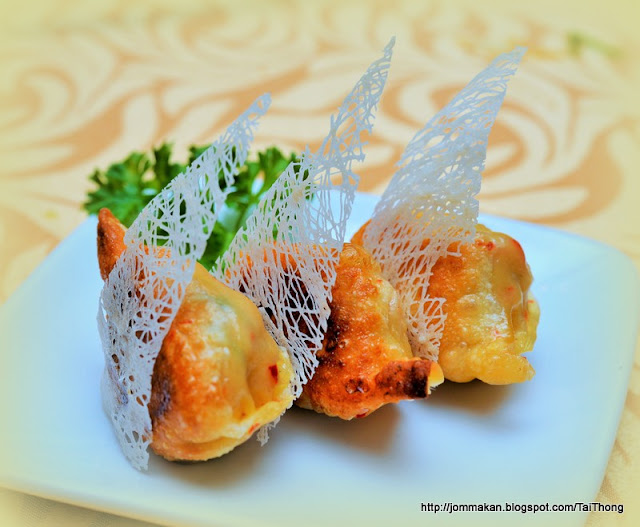 Heartier appetites would like the substantial portions of Chicken Bun Nyonya-style (RM10.80) and Seafood Curry with Puff Pastry (RM11.80). The first is a fresh take on the current gai wor pau (beehive buns with glutinous rice filling and chicken); only in this instance, turmeric-scented yellow rice and a Nyonya-inspired dry curried chicken are paired with the outer bun shell. 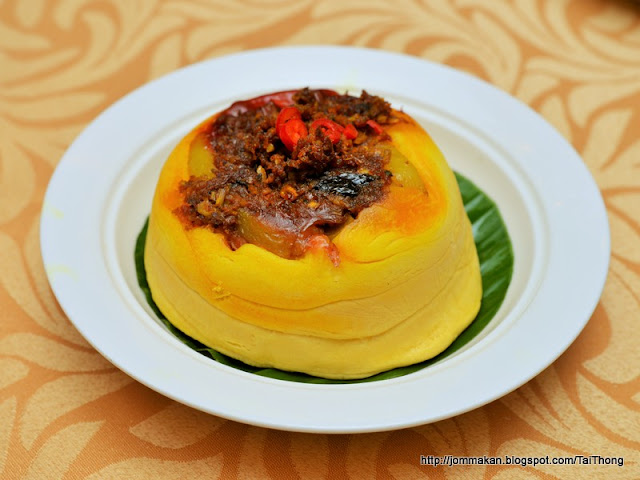 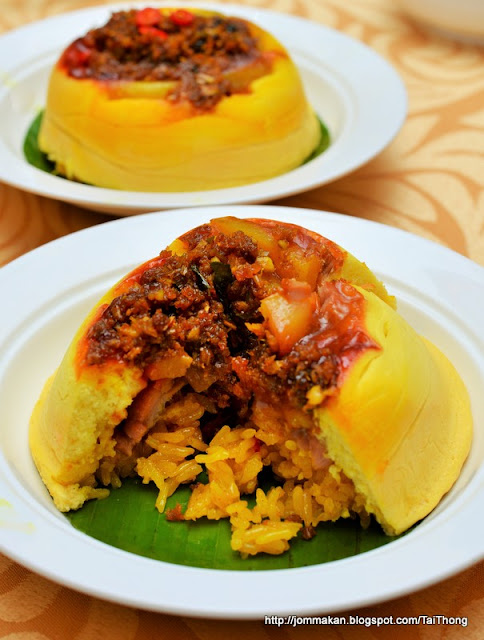 A domed puff pastry baked to golden perfection crowned the bowl of Seafood Curry with Puff Pastry. Gently break up the layer of crisp pastry and dunk it into the aromatic gravy for a satisfying meal. We found the curry a tad oily but the resto peeps promised they’d rectify the hiccup before the promo commences. 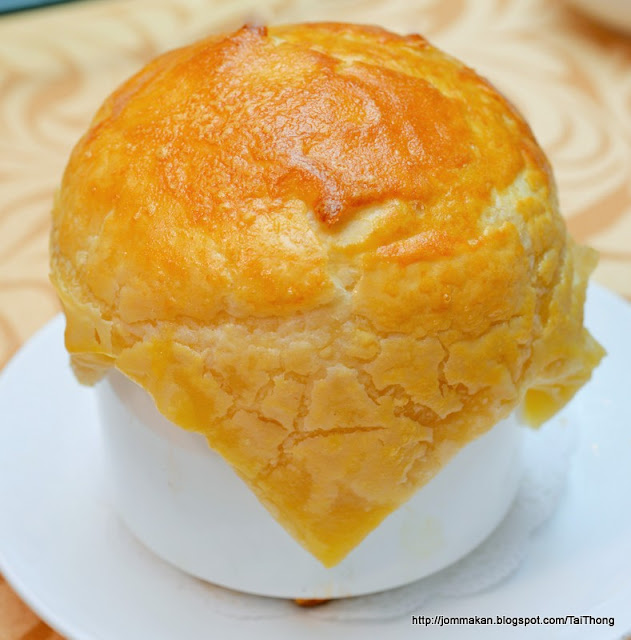 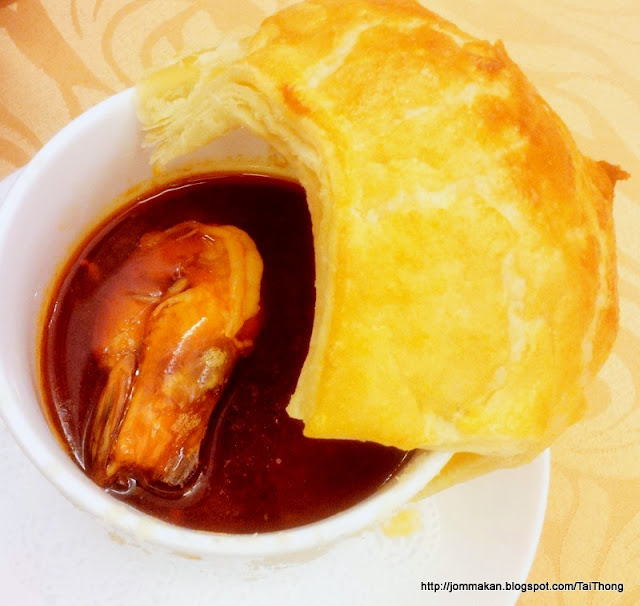 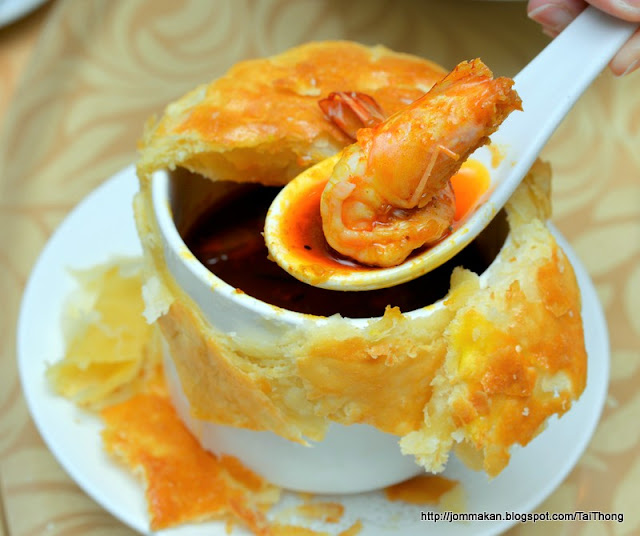 My stomach actually growled while reading your article

@KY - I'm sure you can try it at home...it doesn't look too difficult honestly. Just need to get the timing right or else it won't taste as good.

@E-Wen Hooi - thanks for dropping by to read my review. I'm glad I managed to make your tummy growl! LOL