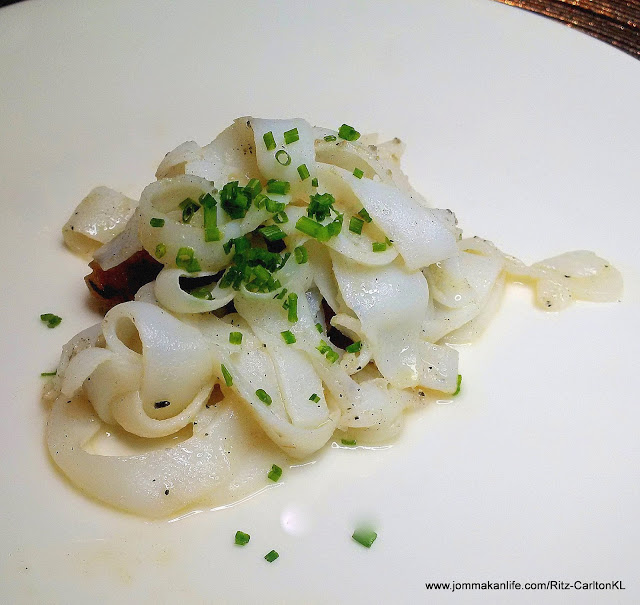 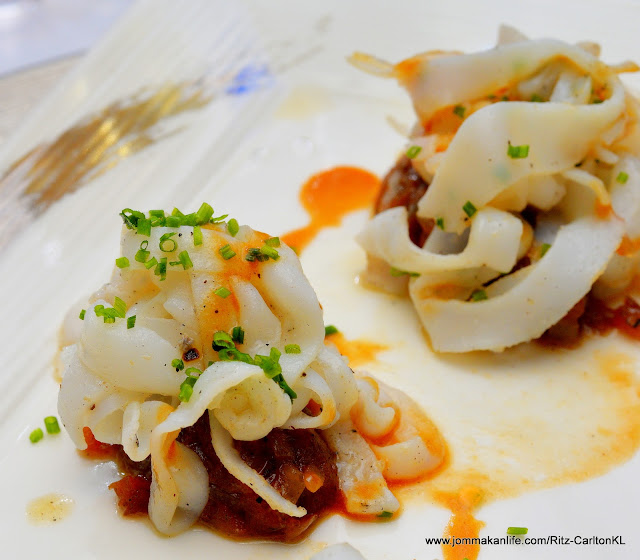 The mound of tender, slightly chewy cuttlefish ribbons was a spellbinding show-stopper. Aided by a quenelle of sofrito - a thick aromatic sauce of finely diced tomato, garlic, onion and thyme - amidst swirls of lush veal vinaigrette, the dish spoke volumes of the chef’s skilful handiwork. “Only cuttlefish weighing between 400-500g each is used as I want the correct thickness once they’re cut into strands,” says Chef Jose. 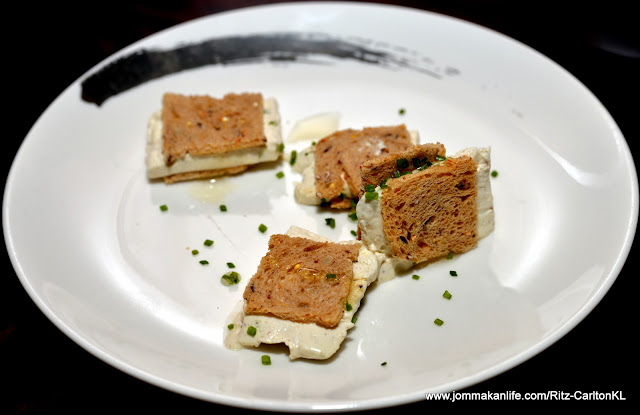 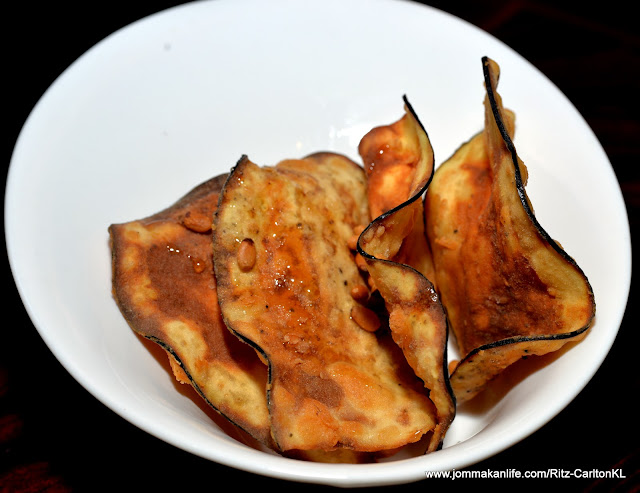 But it was the latter we raved over – the utterly sublime broad, thin slices of crisp-fried eggplant came licked with a little honey and dotted with toasted pine nuts left us on tenterhooks, wondering what hidden aces were up his sleeve. 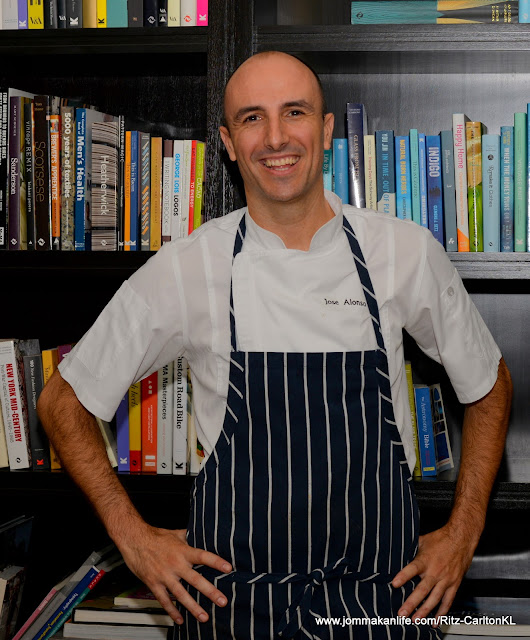 Having gained a decade of culinary experience with celebrity chefs such as Michelin-starred Sergi Arola, Francis Paniego and Spain's most celebrated Chef Santi Santamaria, Jose is now the Executive Chef at Binomio Spanish Restaurante in Singapore. 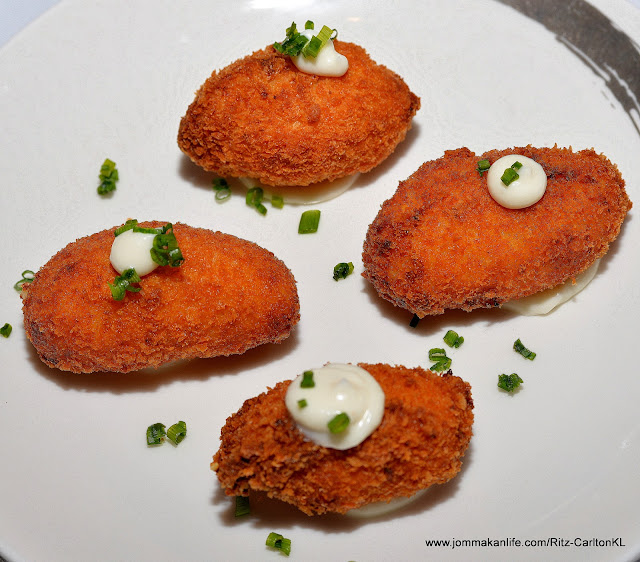 His show of mettle extended to a trio of tapas, starting with the stellar grilled cuttlefish mentioned earlier. Another notable signature of his, Croquetas De Pollo Y Huevo - Chicken and Boiled Egg Croquettes were deftly rendered; the airy-light breadcrumbed crust containing a rich, almost custard-like mash up of chicken and boiled egg. 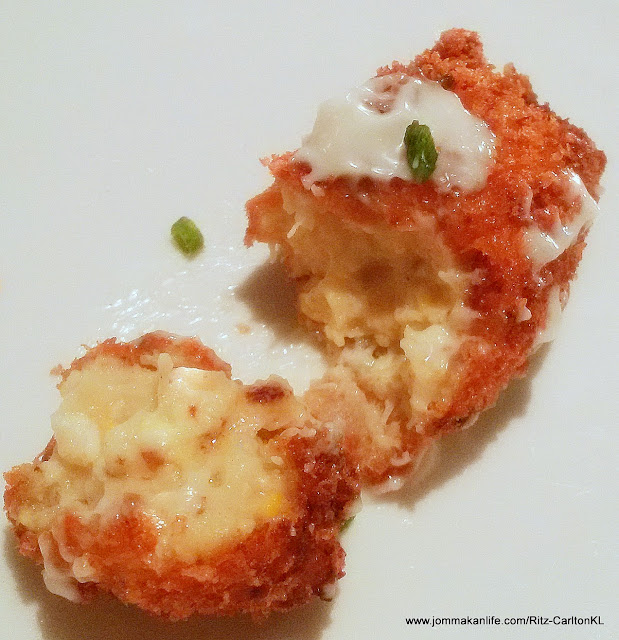 A liberal sprinkling of smoked paprika lent subtle firepower to the third tapas of Pulpo A La Gallega - Grilled Atlantic Octopus with Escalivada. I enjoyed the springy chewiness of the sliced octopus tentacles in contrast with the soft escalivada - Catalan-style roasted potato slices with olive oil. 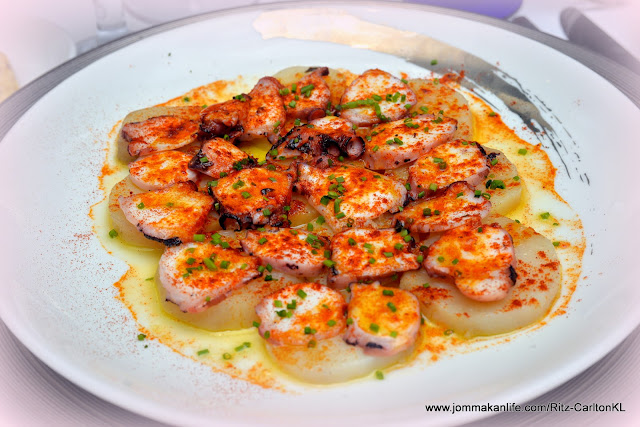 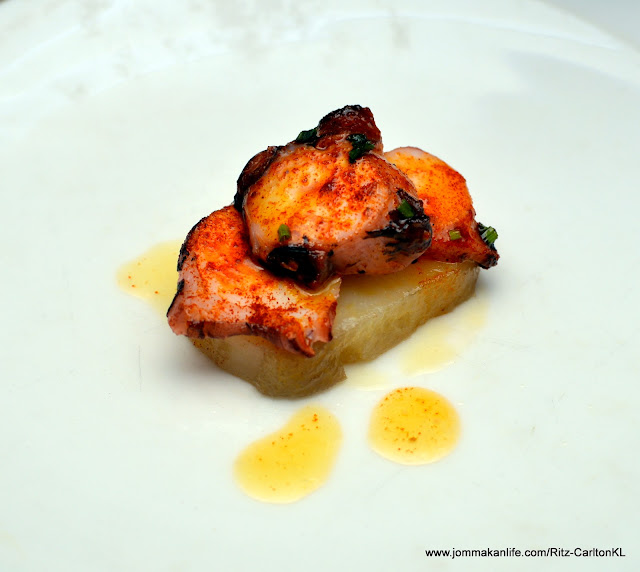 Also taking pride of place in the menu was Arroz Negro - Squid Ink Paella with Seafood. As a Spanish chef worth his salt, the darkly tinted rice was faultlessly rendered using real squid ink (if it's artificial, your molars would be stained black but be assured, NOT in this case). Embedded in the moist, nutty grains were morsels of fish, prawns and squid - their inherent sweetness amplified by the dollop of aioli which we stirred in. 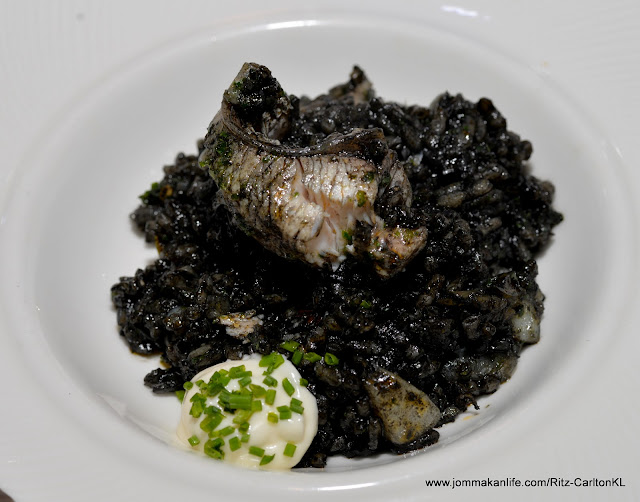 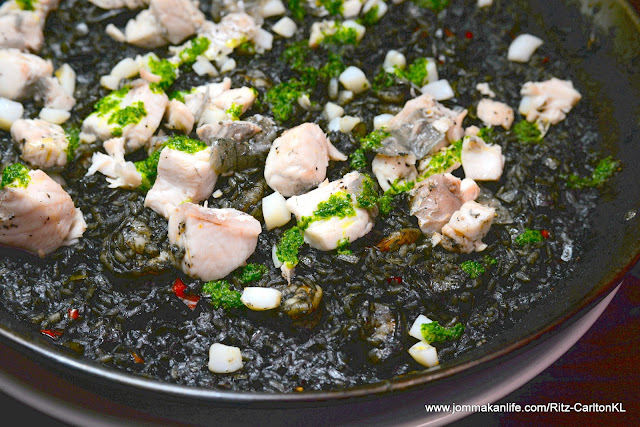 He then kept up the winsome streak with Jarrete De Cordero - Braised Lamb Shank, Potato Purée & Piquillo Peppers. This stunning speciality is a labour of love as the lamb has undergone an 11-hour sous vide process at 79°C, rendering it juicily tender and full of flavour. Paired with a grilled duo of the sweeter Spanish capsicum and asparagus, the chunk of lamb rested on a bed of smooth mashed potato. 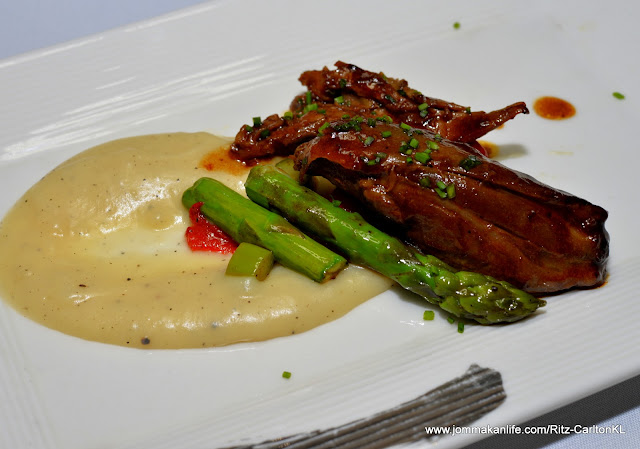 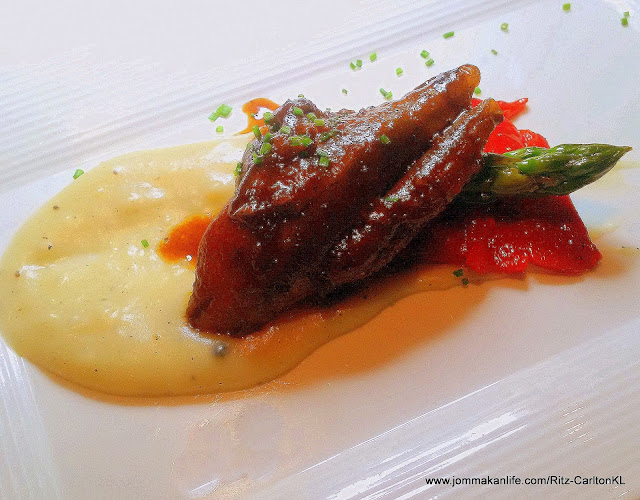 Our Spanish gastronomic experience wrapped up with Churros Con Chocolate - Traditional Churros with Chocolate Sauce. Unfortunately, our serving of finger-thick fritters was a tad greasy - a minor blip in the overall scheme of a fine lunch. 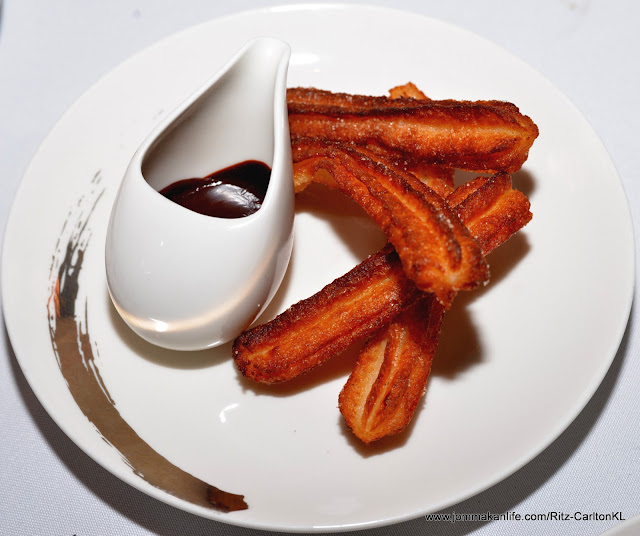 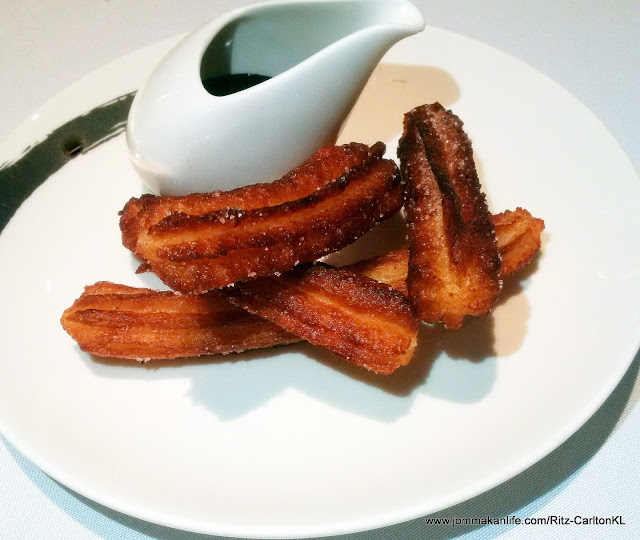 Executive Chef Jose Alonso will hold court at The Library from October 25 to 29, 2016 (7pm-11pm) with a specially curated dinner menu priced at RM150 nett per person; served at The Library - a new, elegant dining enclave where the warm and relaxing yet stylish ambiance flaunts polished timber floors and wood panelling. 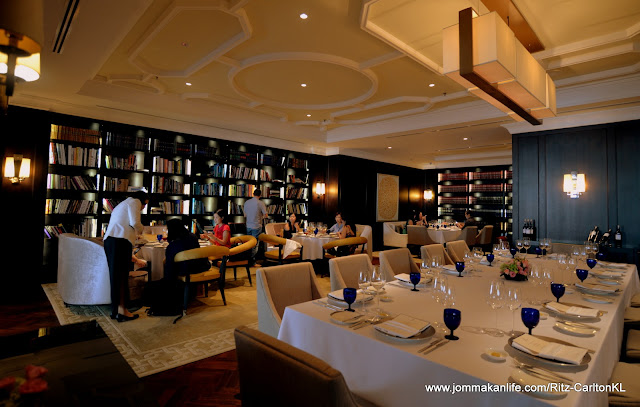 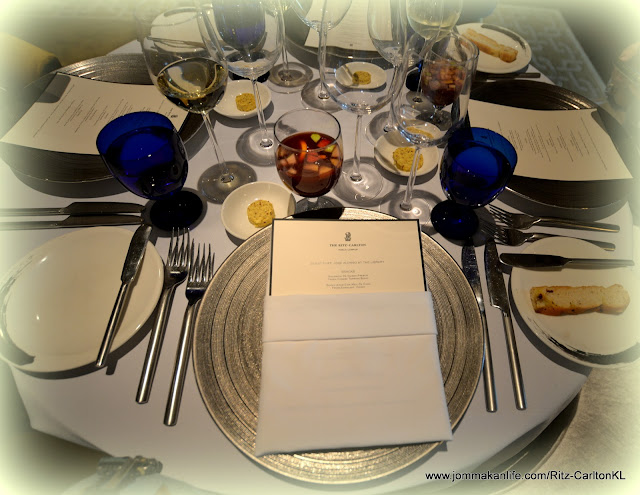