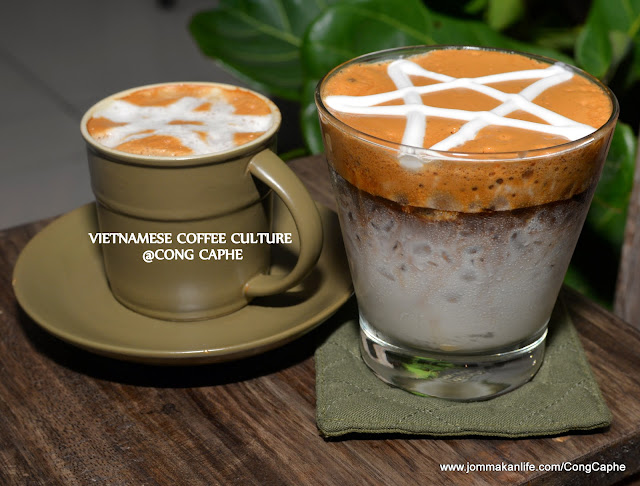 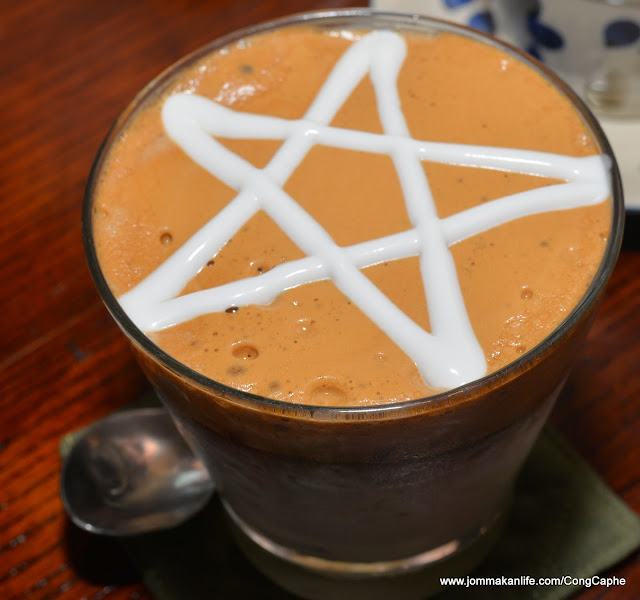 “Coffee and love are best when they’re hot” goes a German saying. The same holds true when you sip Nau-Da (RM10.90), a cup of hot Vietnamese coffee with condensed milk, lounging in cosy Cong Caphe in Nu Sentral. 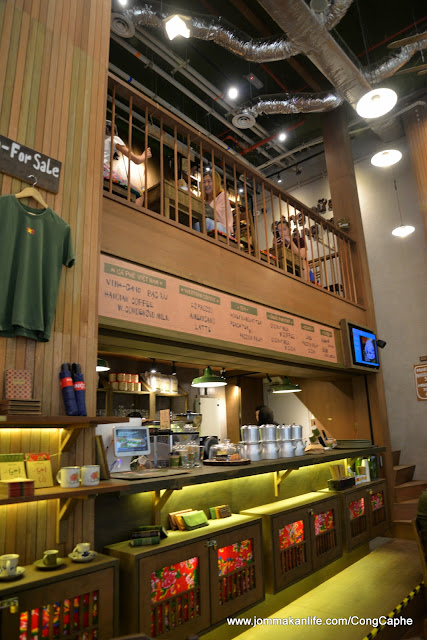 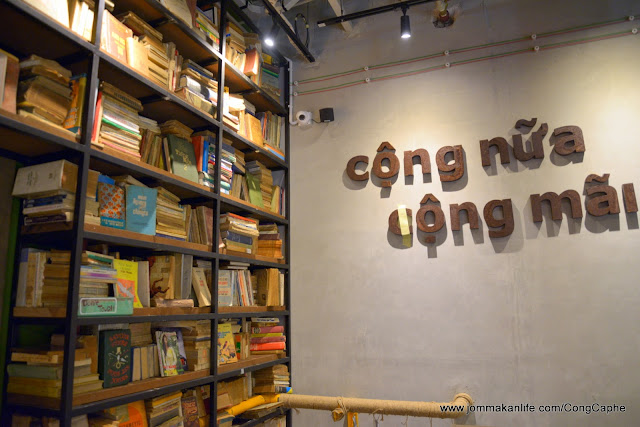 Established in 2007 by enterprising singer Nguyen Ha Linh in Hanoi, Cong Caphe has 62 cafes throughout Vietnam, six in Seoul and one in Malaysia. Jaemie Lew and Peter Tan who became smitten with Cong Caphe on a visit to Hanoi brought Cong Caphe (pronounced kerb cafe) to Malaysia in November this year. 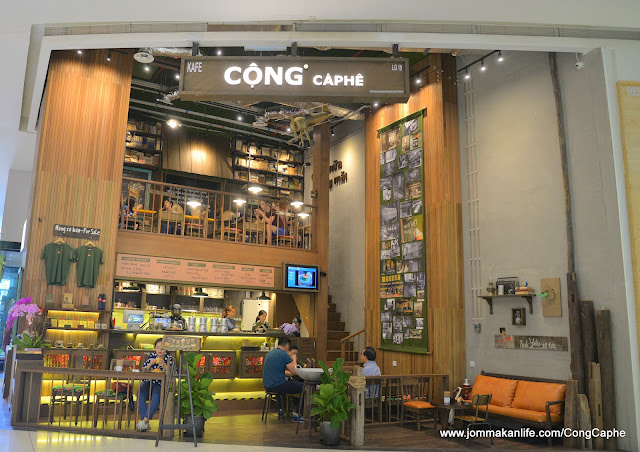 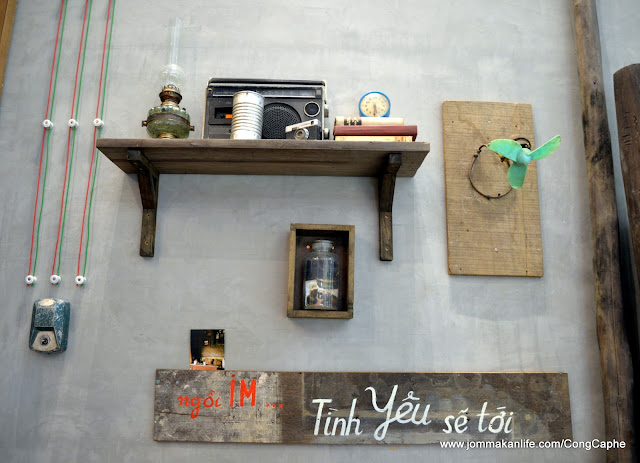 According to the partners, Cong Caphe caught the imagination of Vietnamese coffee drinkers with its retro-inspired ambience of old Vietnam harking back to their childhood. Cong Caphe artfully combines the vintage, homey charms of mismatched and upcycled furniture, and old-school memorabilia with comfy reading nooks. 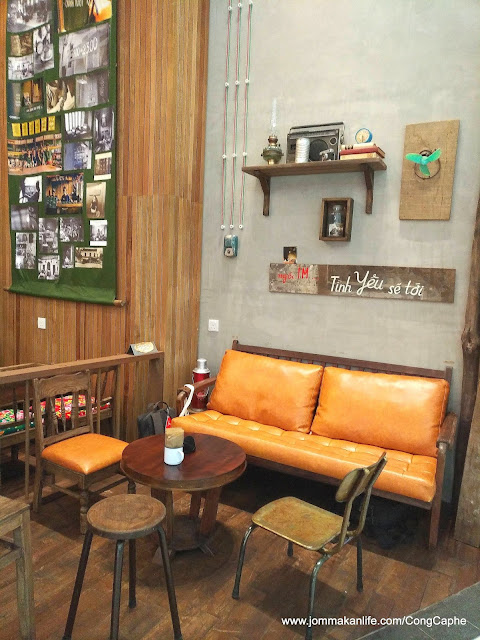 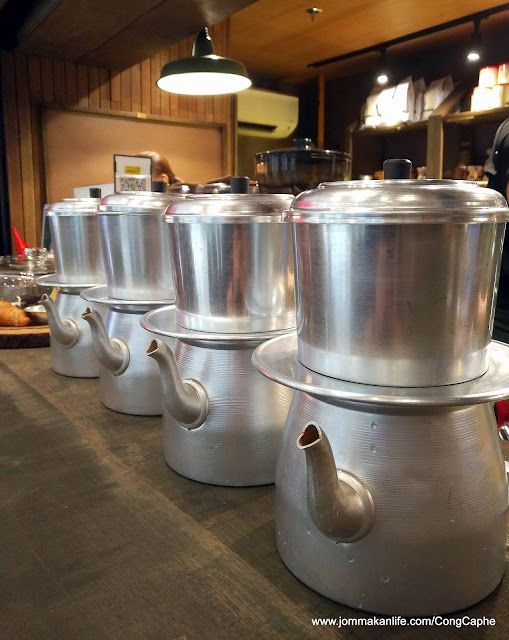 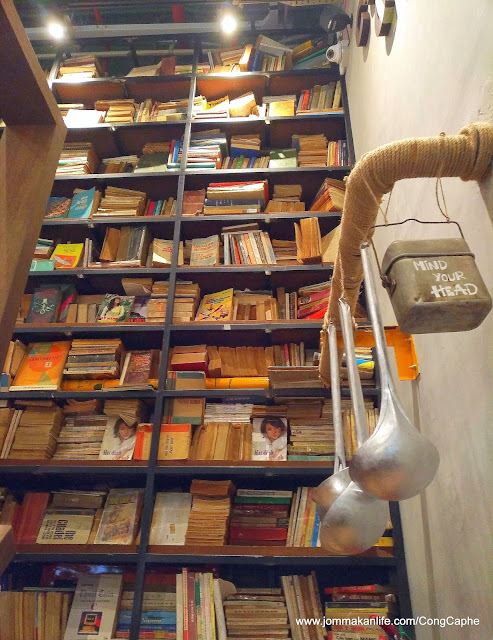 The Nu Sentral outlet stays true to the original concept with almost everything displayed and used at Cong Caphe: stools, tables and chairs, collectibles and the wall-to-wall shelves of books on the upper level, shipped in from Hanoi. A propeller plane suspended at the heart of the rustic, wood-accentuated cafe space serves as a focal point. 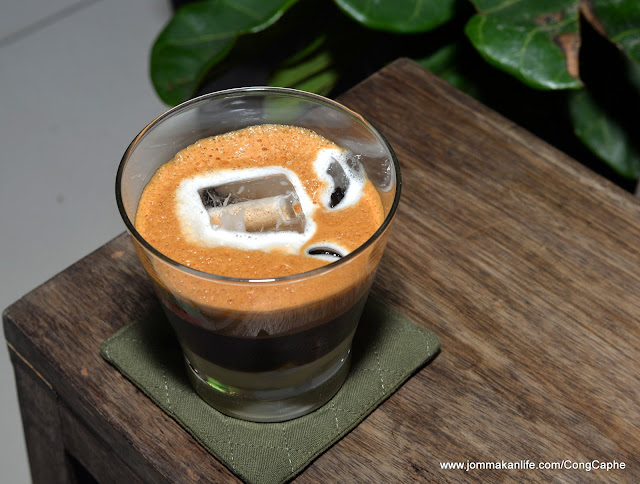 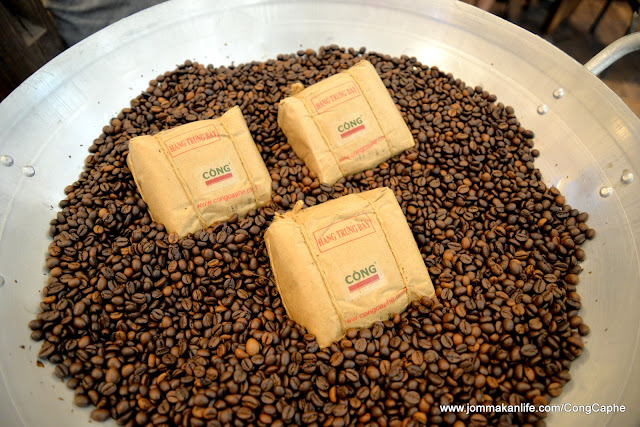 We stopped to smell and savour the selection of Vietnamese coffee recently and came away impressed by the smooth brew and distinct variations available. Brewed in traditional metal coffee pots with drip filter, the Phin Brew – Vietnamese black coffee forms the main base for Cong Caphe’s signature drinks. 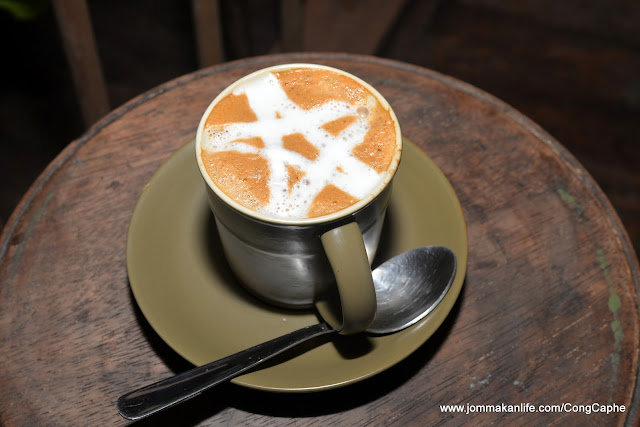 Although the inclusion of condensed milk of the Nau-Da was some cause for concern, we were instantly won over aftter the first sip. The milky, mildly sweet coffee hit the spot, leaving us with a nice buzz. 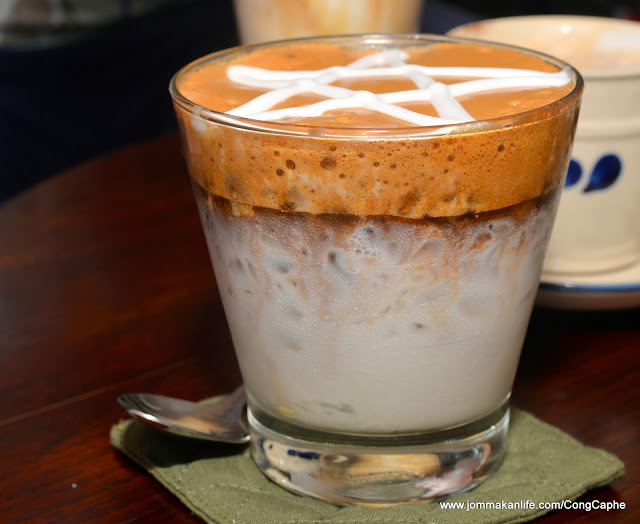 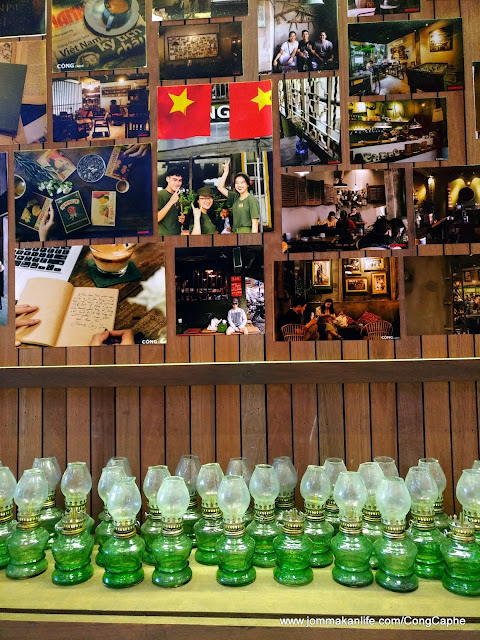 The laidback atmosphere spurred us to sit back and nibble on Sunflower Kernels (RM4.90 per plate) while chatting leisurely over cups of creamy Bac-Xiu, coffee with coconut milk (RM12.90 hot, RM13.90 cold). We enjoyed every drop of the creamy-sweet coffee with its enticing nutty aroma. 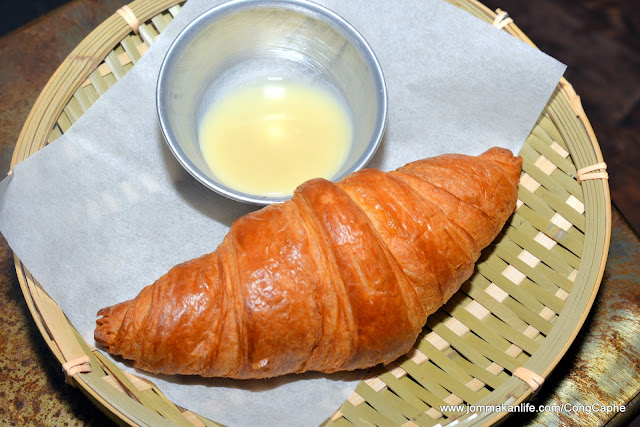 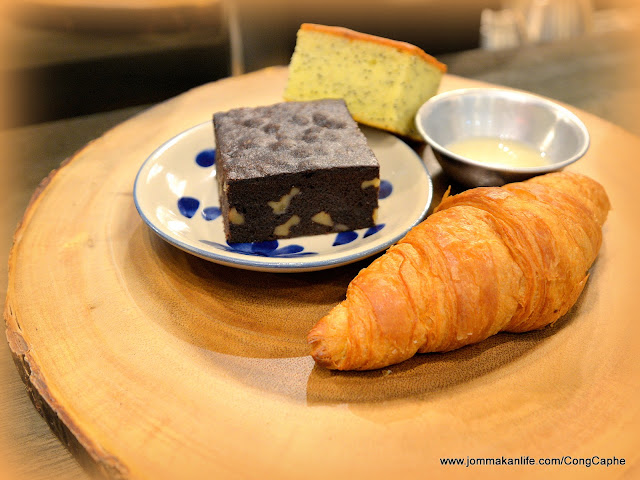 We sampled it with buttery, airy light Croissant (RM6.90) which came with a saucer of condensed milk for dipping it in. It was delightful as the imported condensed milk lacks the cloying sweetness of our local version. 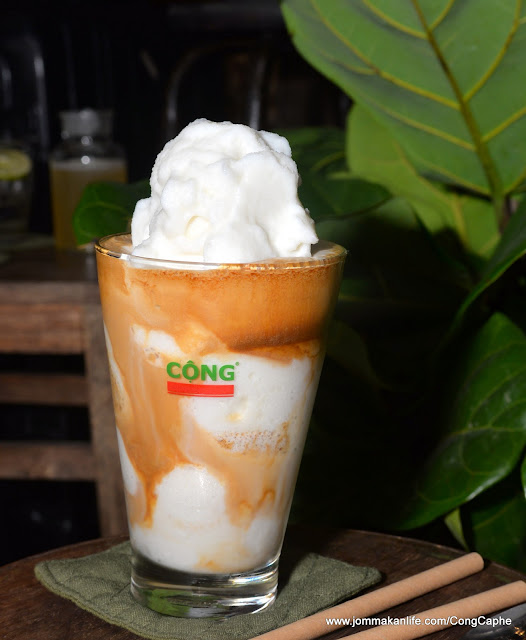 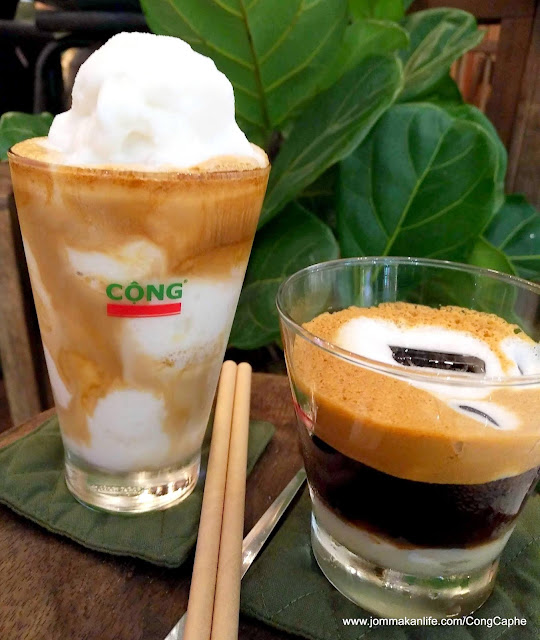 If you are partial to chilled coffee drinks, the Coconut Milk Coffee Smoothie (RM14.90-RM16.90) is worth slurping up. Rest assured the blend of coffee and coconut milk is on-point without being overly cloying. 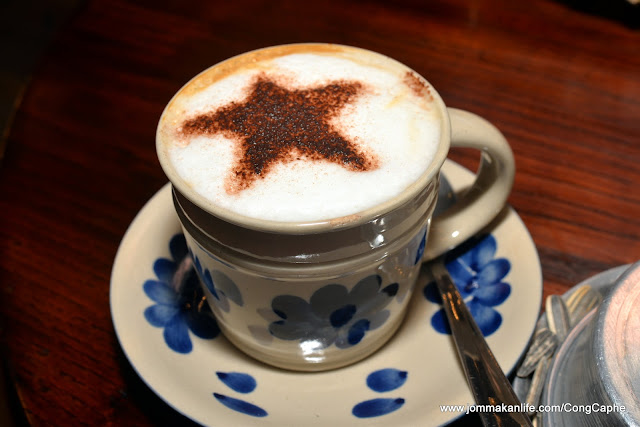 Cappucino, latte, Americano and espresso are also served with the Cong Caphe coffee beans giving them a distinctive taste. 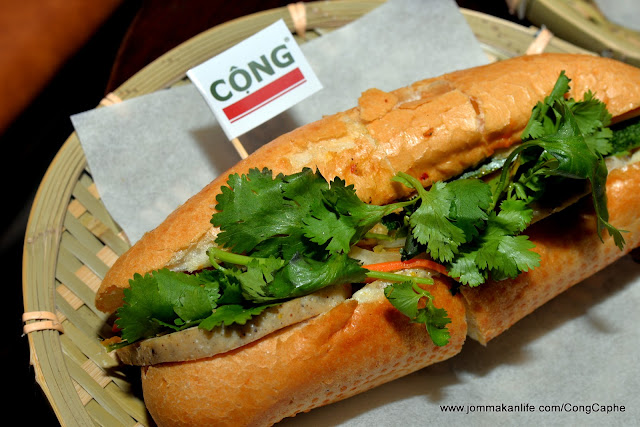 Aimed at the busy mall’s constant stream of grab and go crowd, Cong Caphe also offers banh mi, Vietnamese baguette sandwiches and some cakes like Banana Cake and Brownie. Jaemie explained the Tofu Banh Mi (RM11.90) is something created for the Malaysian market, in response to increasing demand for vegetarian options. 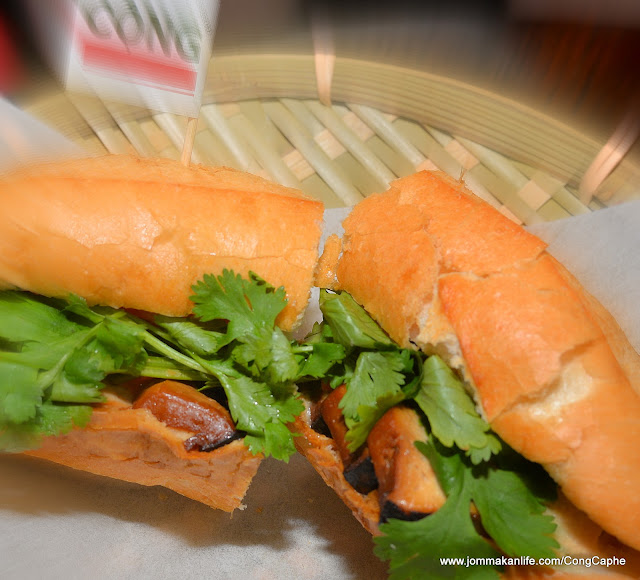 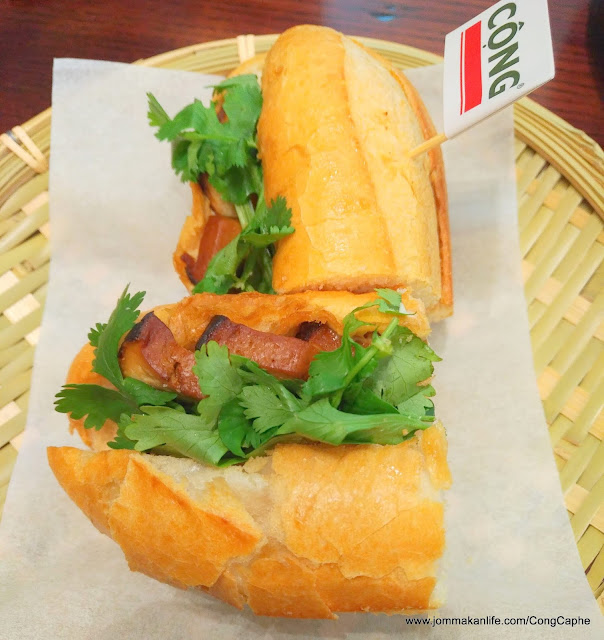 Marinated with soya sauce and sesame oil then panfried and sliced, the subtly smoky beancurd held its own nestled within the shatter-crisp baguette filled with fresh coriander, and  cucumber and carrot pickles. 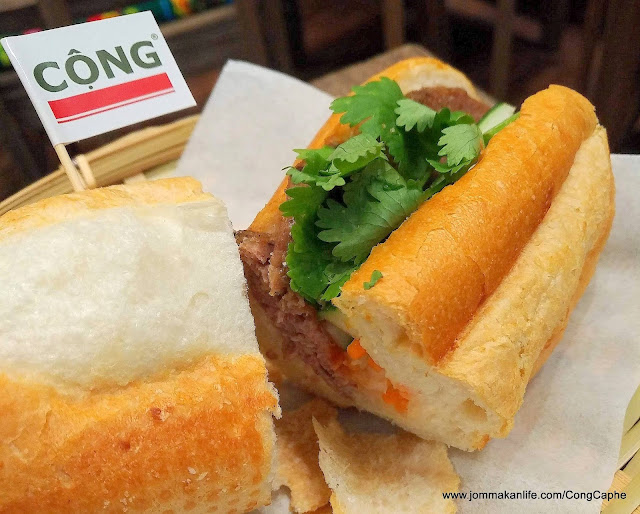 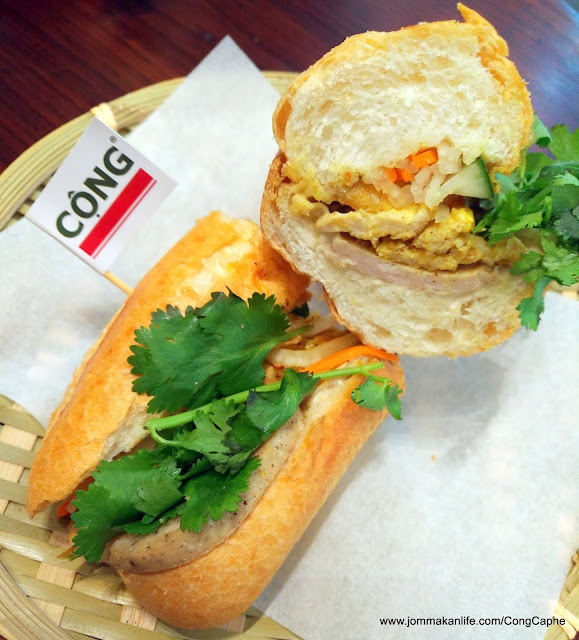 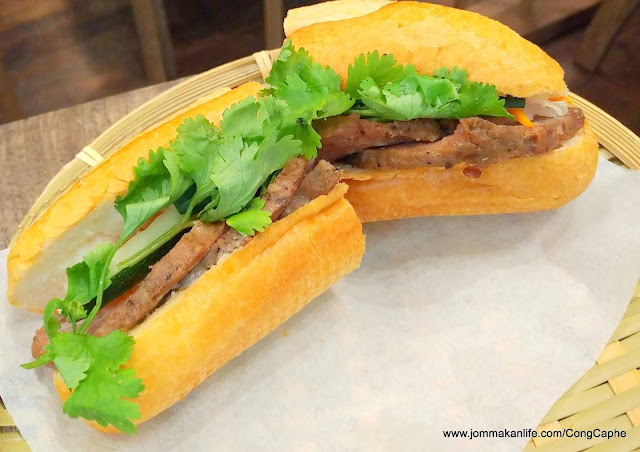 Likewise, we found the Beef Ham Banh Mi (RM15.90) and Chicken Ham Banh Mi (RM13.90) decent enough. More of the pate spread would have ramped up the sandwiches' overall appeal. 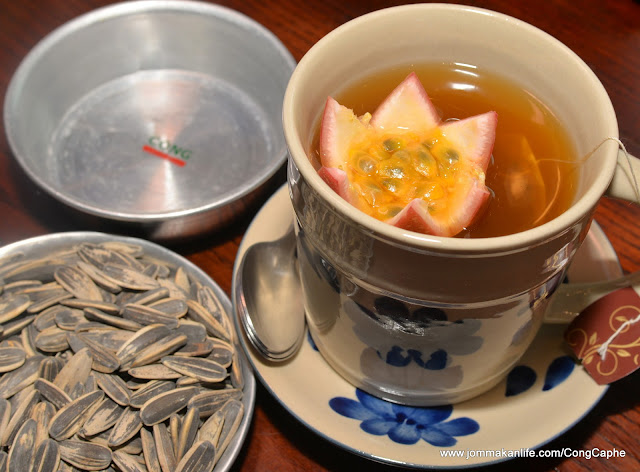 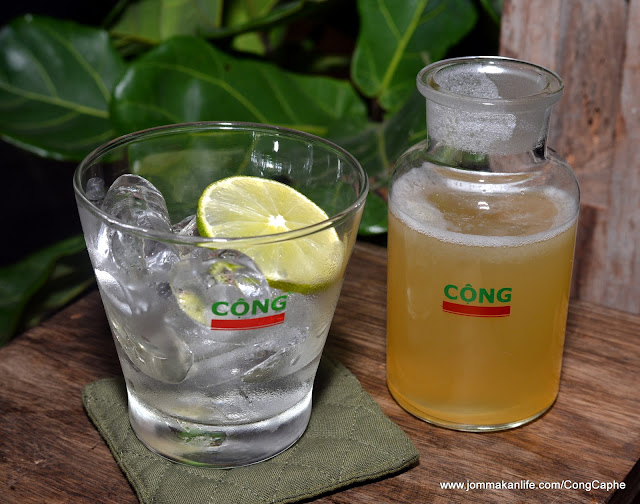 Should you have friends in tow who prefer non-coffee drinks, Cong Caphe serves a tantalising Iced Honey Kumquat (RM14.90) and hot Peach Tea with Passionfruit (RM13.90). These drinks are refreshing in their own way and will leave no room for complaint. 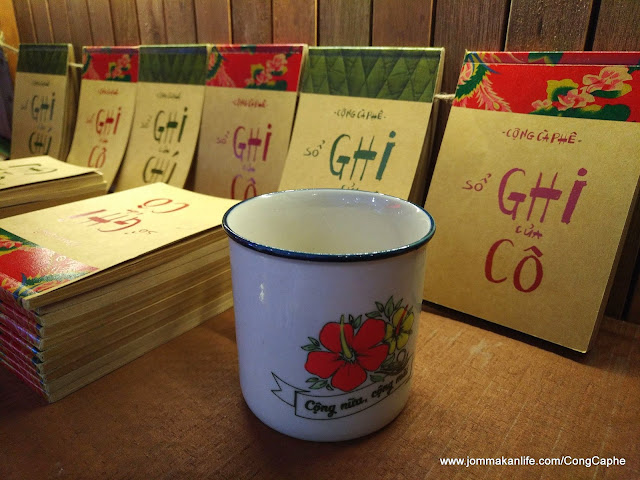