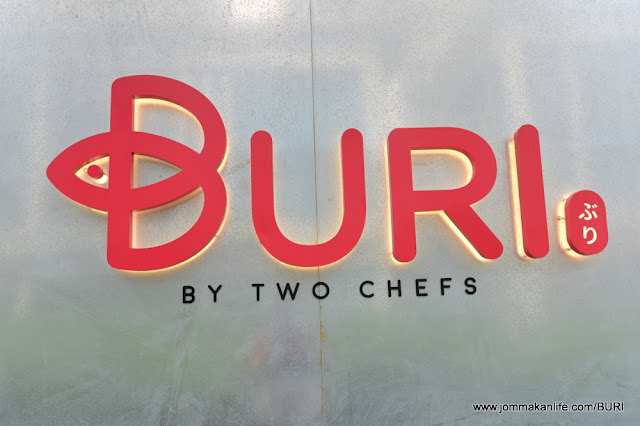 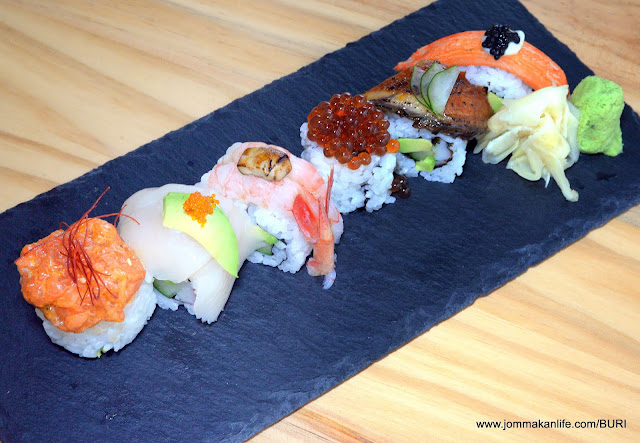 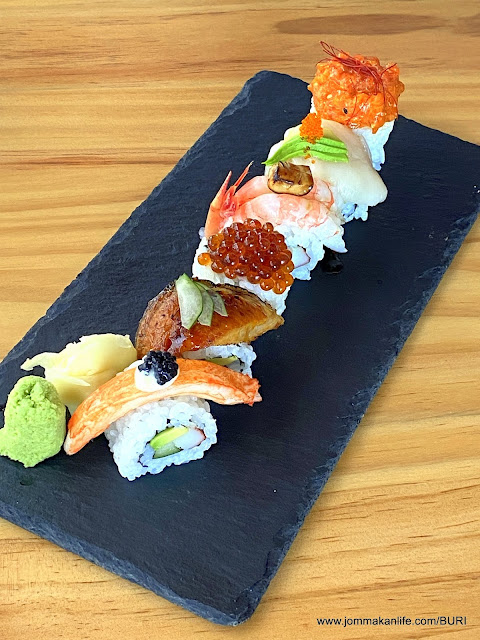 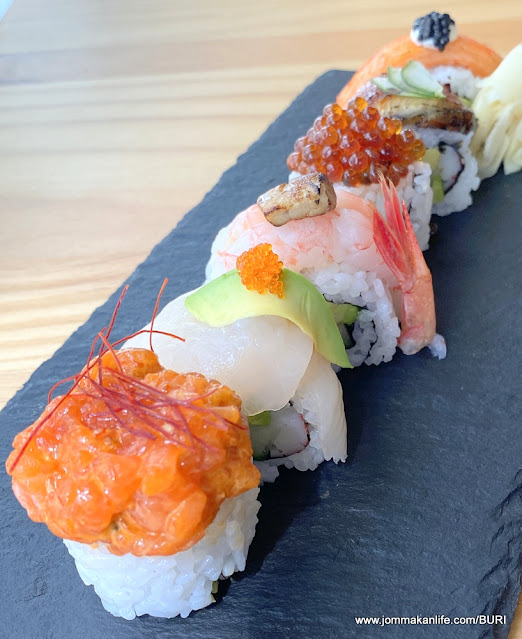 It’s one of the many signature specialities by Chef Steve Chua and his partner Chef Edmund Chong for BURI by Two Chefs, a new Japanese outpost which opened on 9 September by the award-winning Two Chefs Lab team. 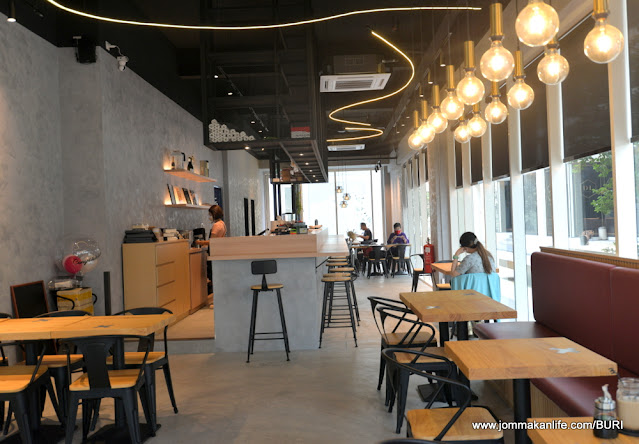 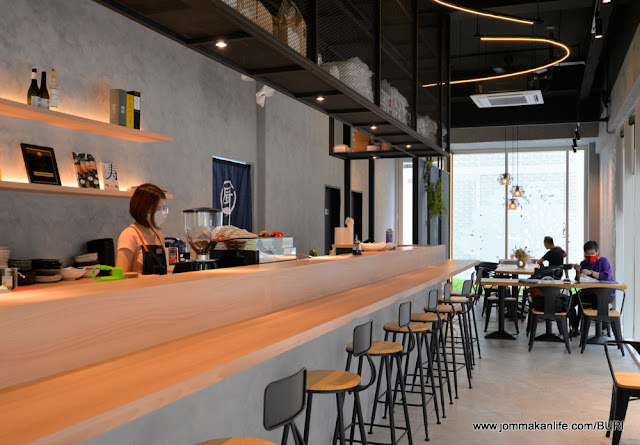 Named after the prized Japanese yellowtail, it’s a propitious indication of how well Chua and Chong have weathered the challenging times. A champion of the prestigious World Sushi Cup in Malaysia, and winner of the World Gourmet Award, the talented chefs now aim to win diners’ hearts, minds and palates with an even more tempting and creative selection – straddling crowd-pleasing sashimi and sushi, rice bowls and slightly fusion offerings like grilled lamb and torched black pork carpaccio at BURI. 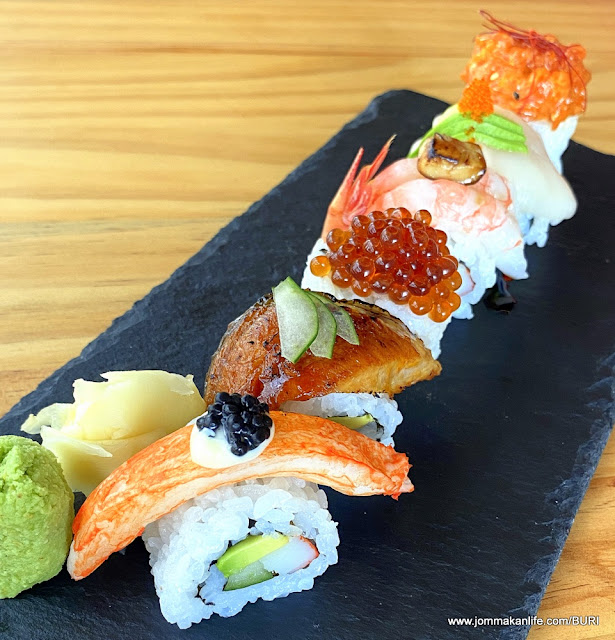 As for the Buri Signature Maki, it’s a sublime serving worth savouring slowly. The freshness of each ingredients is unquestionable, and you’d have to take time to appreciate the myriad of textural contrasts and complementing flavours emerging from each of the morsels. 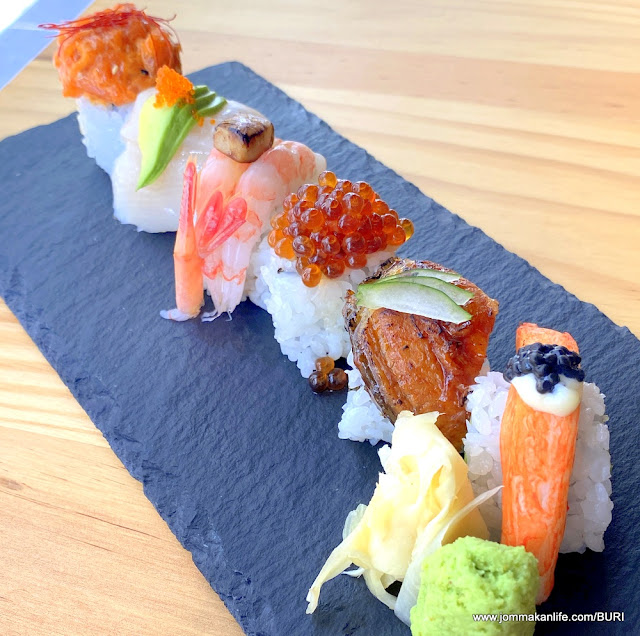 The creative handiwork is underscored in the whole platter so the resultant rolled sushi is not only visually pleasing, but it also teases sensuously. Suffice to say, the proof is truly in the eating. 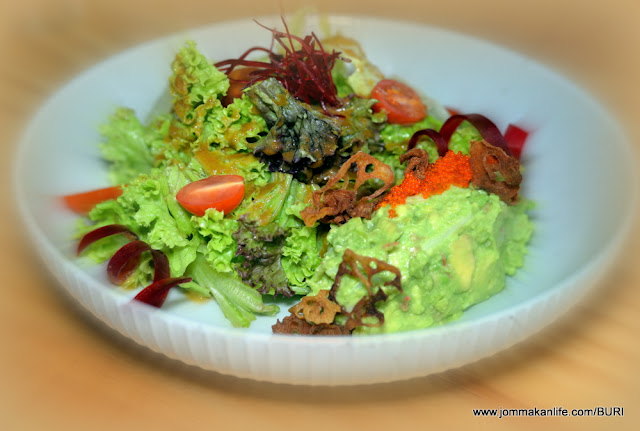 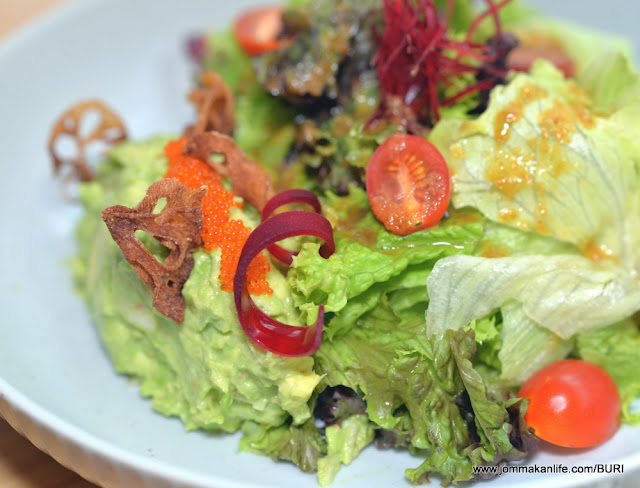 When it comes to curtain-raisers, the beautifully presented Avocado Salad (RM22) is one of many notable choices. The profusion of fresh greens with mashed avocado decked with lotus root crisps, cherry tomatoes, beetroot spirals and a dollop of ebiko will spur salad-averse diners to load up without nary a complaint. 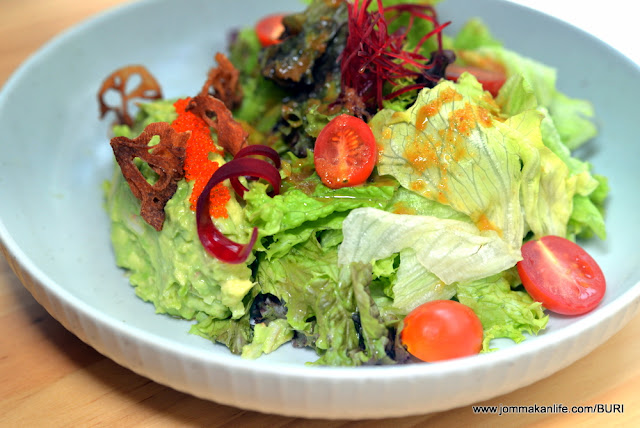 I give extra points for the Japanese sesame dressing being house made – it isn’t overly cloying, and used with restraint in the salad. 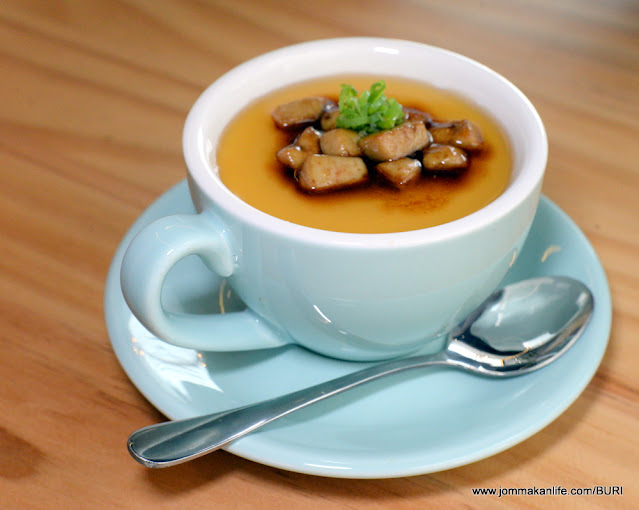 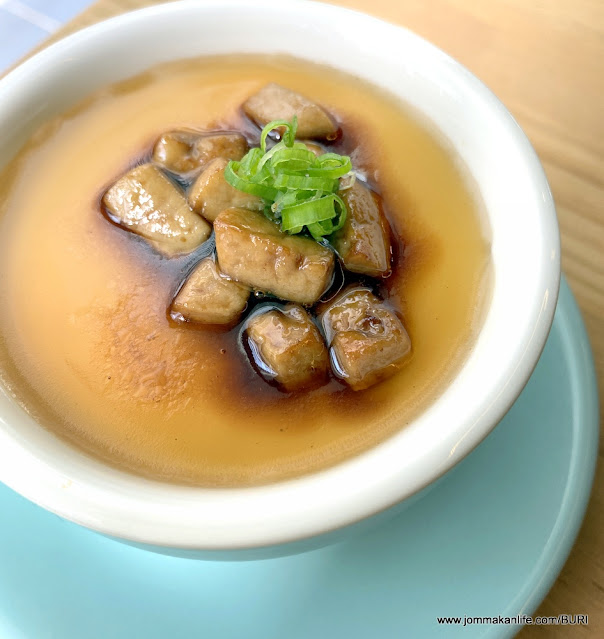 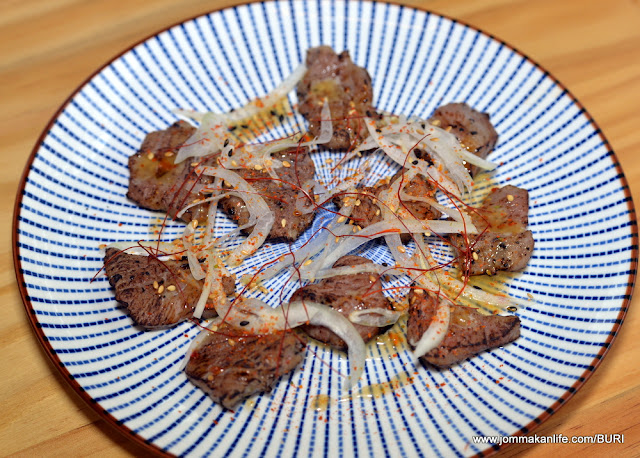 As Malaysian consumers become more sophisticated, some are beginning to realise it’s worth paying for good quality pork and beef. Hence the increased interest and demand for premium Waygu and Iberico. At BURI you’d have a chance to sample Kuro Buta Carpaccio (RM19). 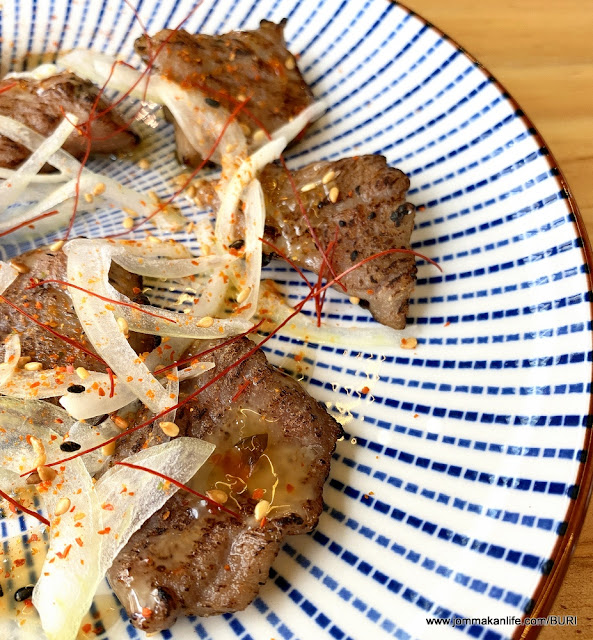 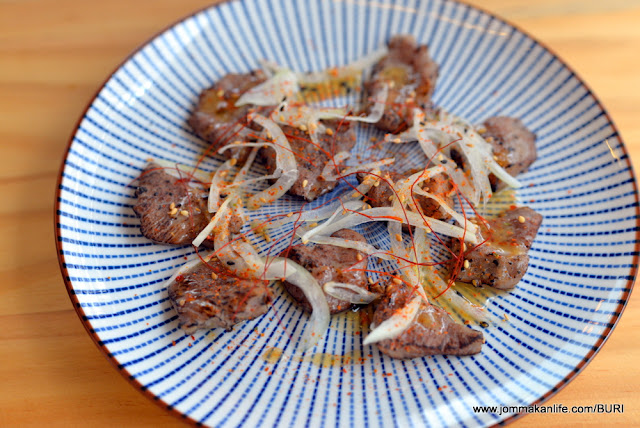 Served with housemade chilli vinegar sauce, each piece of the juicy and tender sliced black pork is akin to a flavour bomb; an enticement for repeat helpings. 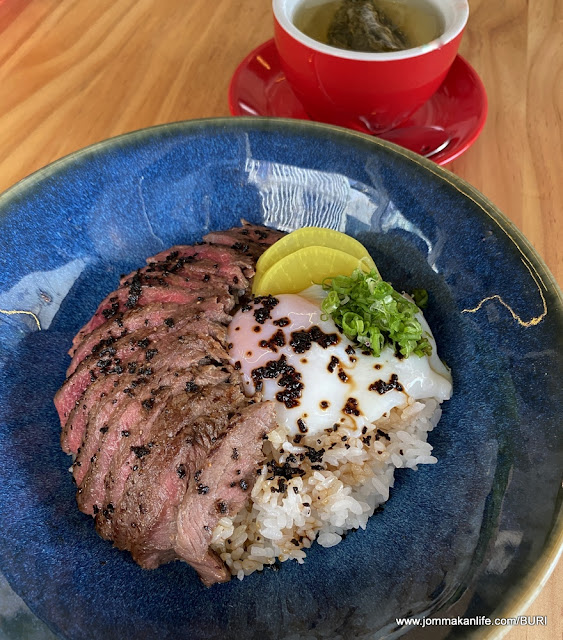 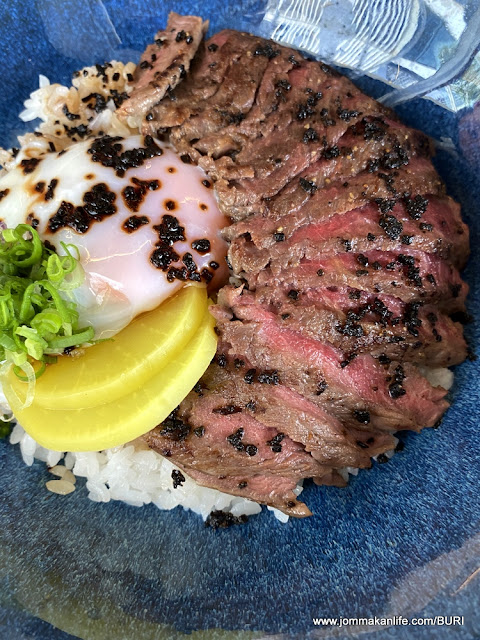 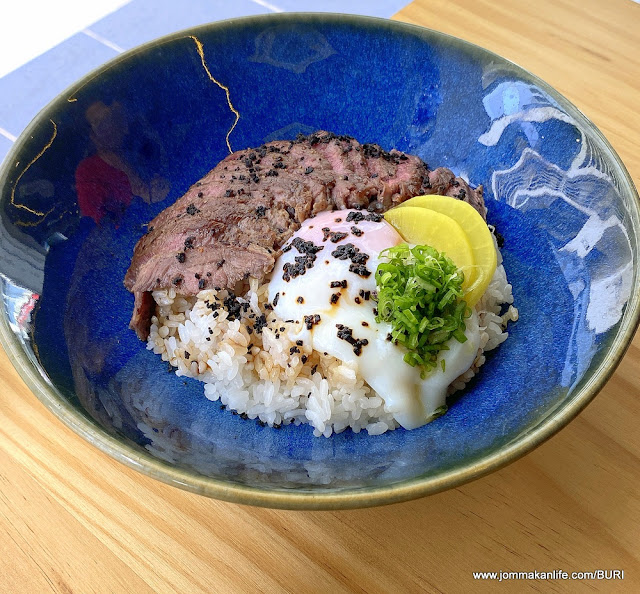 While Aussie beef is already known in the local market for its eating quality, Kenkori eggs have yet to achieve that level of mass awareness. Produced using Japanese farming methods in Malaysia – the first of its kind – Kenkori eggs are enriched with Japanese Astaxanthin and Probiotic, are antibiotic and hormone-free, and are anti-salmonella and e.coli. These two ingredients already raise the quality standard of this particular rice bowl. 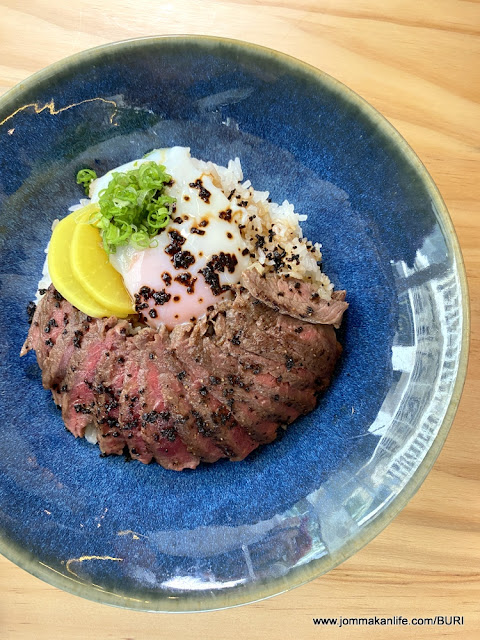 To further amplify and bring finesse to his culinary creation, the chef uses shio kombu and truffle oil as the finishing touches. According to Bon Appétit, “shio kombu are kelp boiled in soy sauce, mirin, and sugar, then dried and cut into small pieces. The flavor and aroma are intensely sweet with a hint of the ocean.” 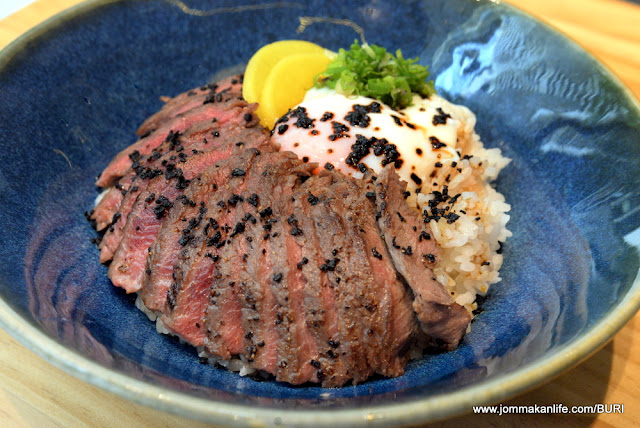 With white rice serving as the canvas for all the different ingredients to meld and form a wondrous picture on the tastebuds, I daresay you’d find it hard not to succumb to such a heartwarming offering. 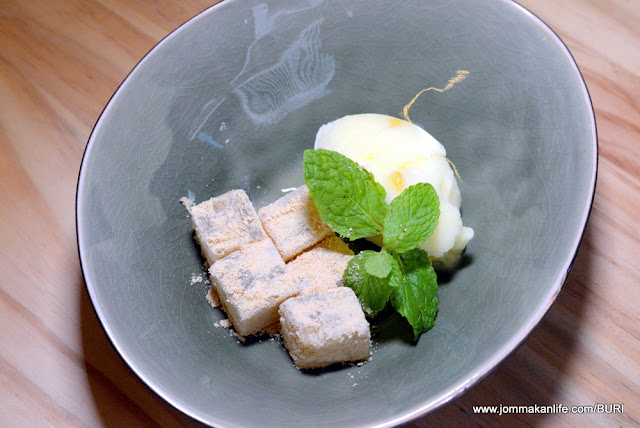 Japanese dessert is always simple and light and BURI follows the same philosophy. Try Warabi Mochi (RM12)– a summery Japanese jelly-like confection made from bracken or potato starch, served with kinako (toasted soybean powder) and a scoop of yuzu sherbet. 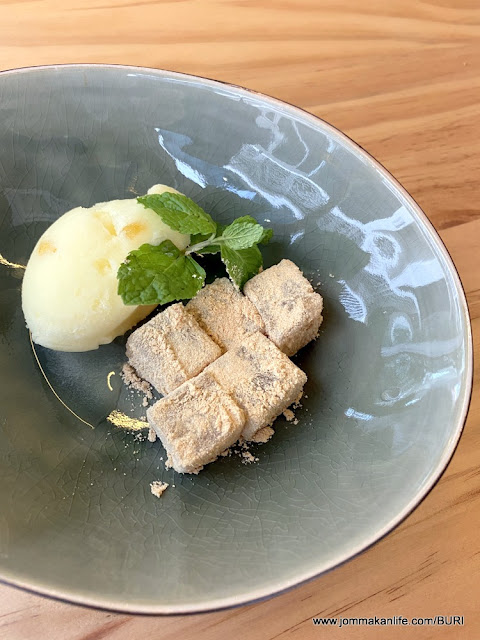