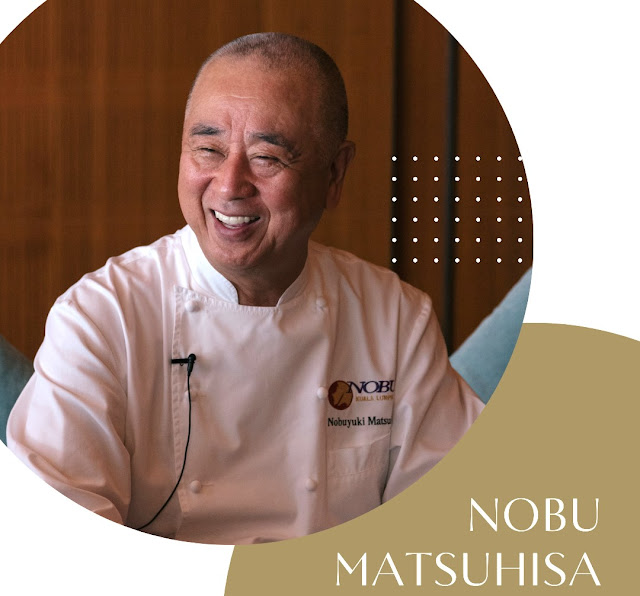 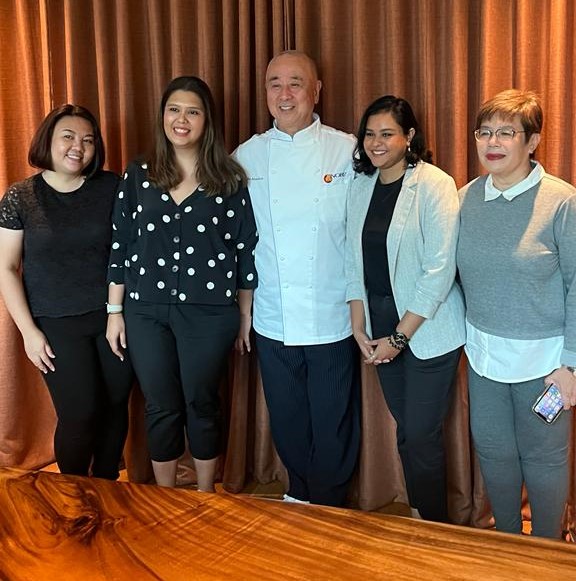 For a renowned chef with a global restaurant and hotel empire, Nobu Matsuhisa is incredibly humble and down-to-earth. During his recent one-night-only appearance at Nobu Kuala Lumpur, the affable chef won the local media over with his thoughtful and often witty answers. 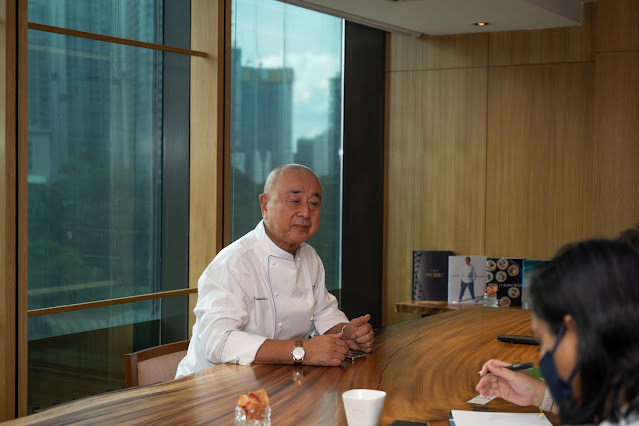 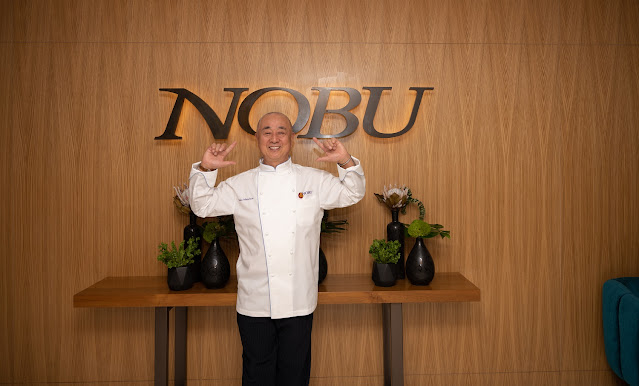 1.    The most memorable meal he has ever cooked was for the late Princess Diana. It was a private lunch where he had a chance to meet the late Princess of Wales who left an indelible impression on Nobu-san when she told the chef she had read about him. When he learned of her passing, he felt incredibly sad and said the experience of having cooked for her was unforgettable.
2.   The most memorable meal someone has ever cooked for him was by his wife-to-be before they were married. He recalled she prepared an egg dish for him. “Although the dish tasted a bit strange, I think it was wonderful because it was something she cooked from the heart.”
3.   The three food ingredients he cannot live without: rice, shoyu and miso soup. He attributed these ingredients as most essential to a Japanese diet especially steamed white rice.

4.   The secrets to his success: While luck may play a role in Nobu-san’s success, the master chef believes his team is one of the fundamentals of his continued success.

5.   His favourite dishes from the Nobu menu are: 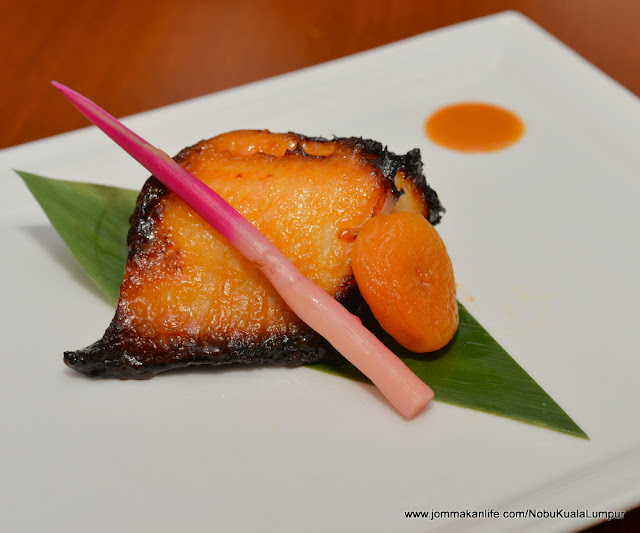 ·      Black Cod Miso – When Nobu-san started his restaurant over two and half decades ago, he chose to buy cod as it only cost 25 cents per pound. Without credit he had to pay cash so he chose to work with cod as a more affordable option: slicing, defrosting then marinating the fish with mirin, sake, sugar and miso paste for 3 days instead of shoyu and miso. After broiling, the cod tasted like butter fish and his customers love it. Robert De Niro loved it and the media started to publicize it, making it famous worldwide.

·      Squid ‘Pasta’ – this dish was created for a friend’s child who was a fussy eater. Since pasta was the kid's favourite dish, the quick-thinking Nobu-san cut and blanched squid; turning the resultant squid pieces into conchiglie (shell-shaped pasta), prompting the kid to eat everything up without realising it wasn’t pasta he ate but squid. You can attempt to replicate this dish at home: https://www.noburestaurants.com/home/nobu-at-home-2/squid-pasta-with-light-garlic-sauce-2/ 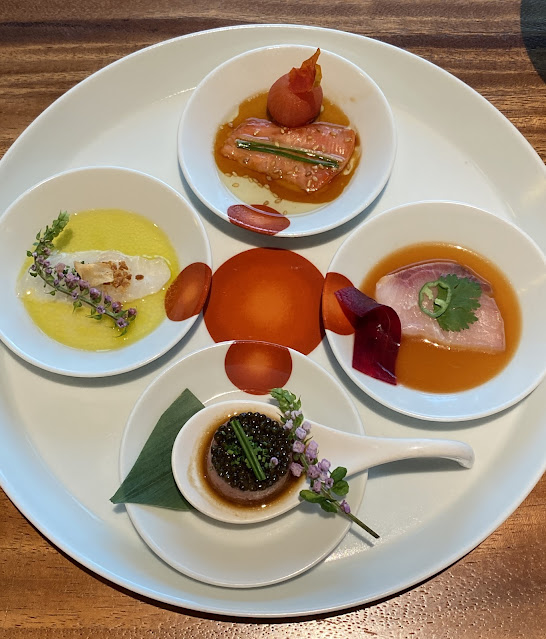 ·      New Style Sashimi – when a lady customer sent back a plate of sashimi, informing Chef Nobu she doesn’t eat raw fish, the chef pondered how to entice her to try it. He then heated up some olive oil until smoking hot, poured it over the thin slices of sashimi, causing the fish to cook slightly. After sampling the new dish, the customer ate everything up.

“She managed overcome her fear of eating raw fish from that experience. Before that, she shied away from sashimi as she thought it’d taste fishy but we proved to her fresh fish tastes delicious” said Nobu-san.

6.   No bizarre food please. Chef Nobu is not a fan of weird or strange food. He has tried nasi goreng, laksa and seafood on his visit to Malaysia, and he admitted he's more comfortable with Asian food than French food.

Ever respectful of his customers’ cultural differences, the chef was even inspired to create his signature wasabi pepper sauce after noticing a customer enjoying a mixture of shoyu and wasabi as a bread dip at Nobu restaurant.

Having to travel 10 months a year and feeling jetlagged, Nobu-san said he was happy to stay home in Los Angeles during the pandemic years.

“It was the first time in over 25 years I had stuck to a routine: being able to wake up and go to bed at the same time, every day. Yet it was also stressful but with FaceTime and modern technology, I can still communicate with my team.” 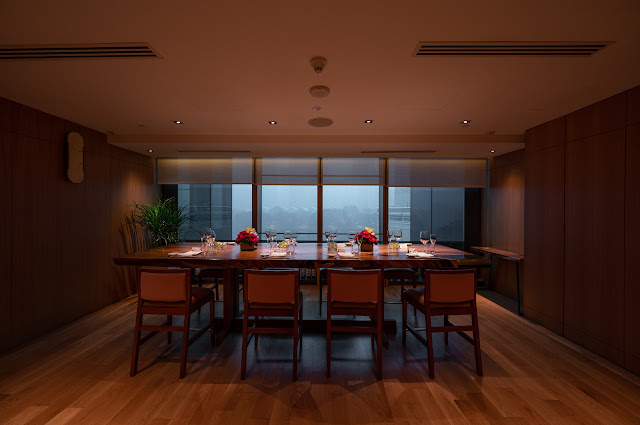 Some Nobu restaurants were closed during that time whilst others coped by doing take-out. According to Chef Philip Leung, Nobu KL was under renovations then but they also did take-out during the later MCO phases.

Now that things have returned to normal, Nobu restaurants are busier than ever with customers returning in droves. 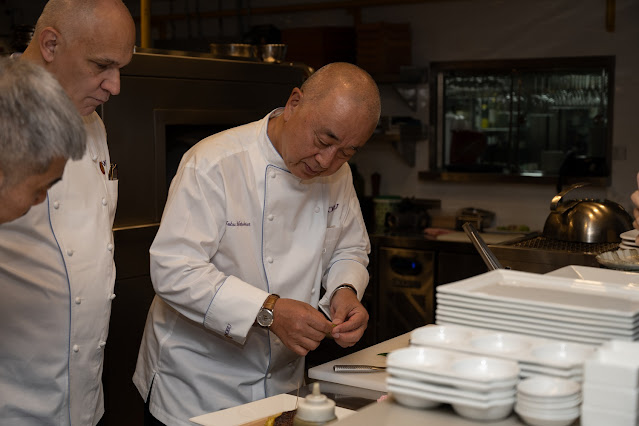 According to Nobu-san, he has no plans to set up a culinary academy or pursue anything too adventurous due to time constraints. He's happy to focus on the restaurant business and see his customers enjoying his cooking for now.

7.   His last meal on earth? As a true blue Japanese, sushi is his dish of choice.