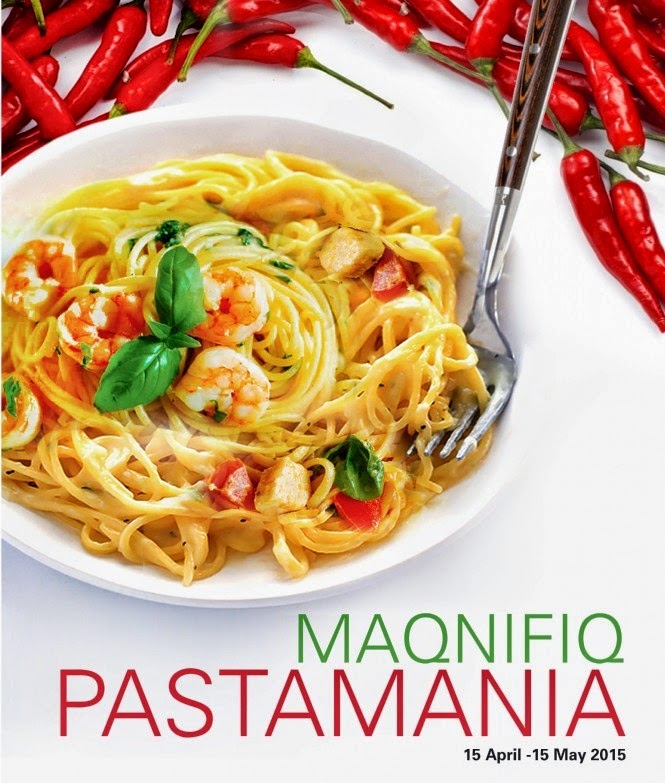 Chef Massimo Zampar from the Doubletree by Hilton, Johor Bahru takes local pasta lovers on a virtual tour of his native Italy through a selection of cheese-laden appetisers and housemade pasta for this special promo at Uncle Chilli's Bar & Restaurant. 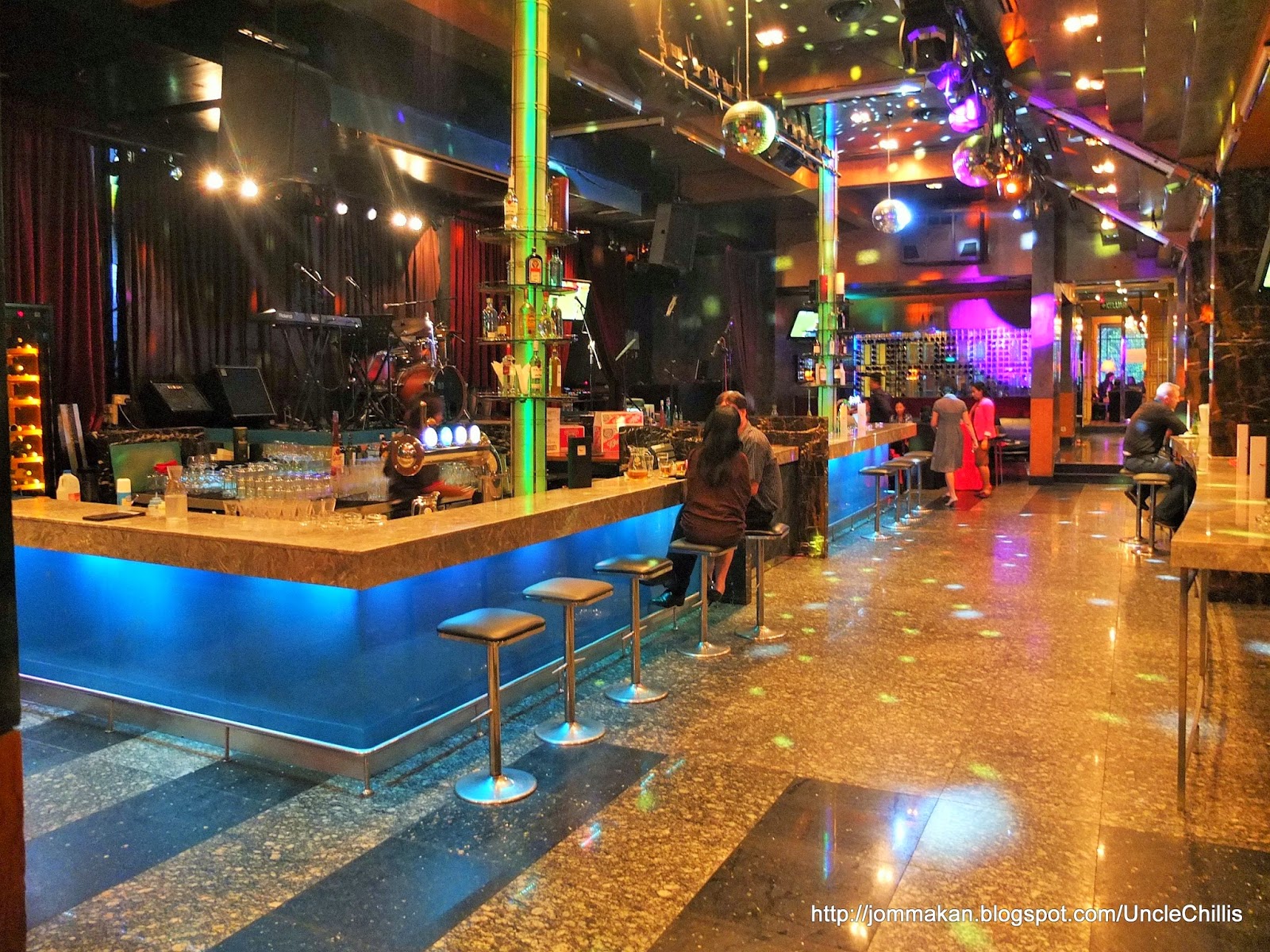 Zampar who hails from Palmanova in north–east Italy began his hotel career in Lignano Sabbiadoro and Alleluya, Baglioni Hotels in Tuscany upon graduation from the Chef’s School Friuli Venezia Giulia in Grado. He subsequently worked at the Carlton Tower in London and Amapola Restaurant, Hyatt Regency La Manga in southern Spain. Todate, the chef has chalked up 16 years in Europe and Asia Pacific. 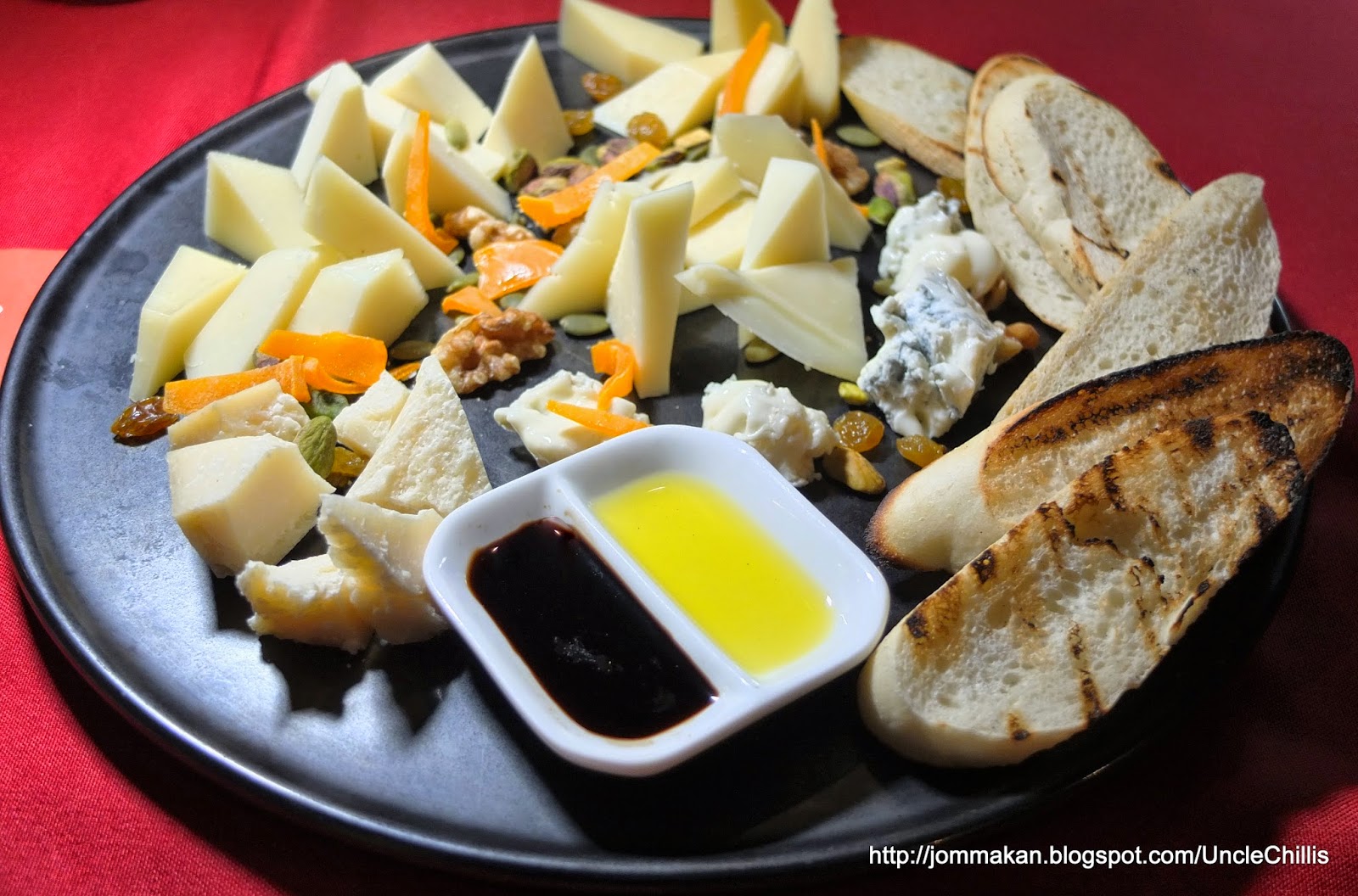 If you have a cheese fetish like me, you'd swoon over the Cheese Platter (RM58++) featuring Italian cheeses like gorgonzola, parmesan, pecorino, montasio, provolone and asiago with aged balsamic, dried fruit, nuts and toasted country bread. We made short work of the varied offerings that range from soft to hard varieties and mild to assertively strong. 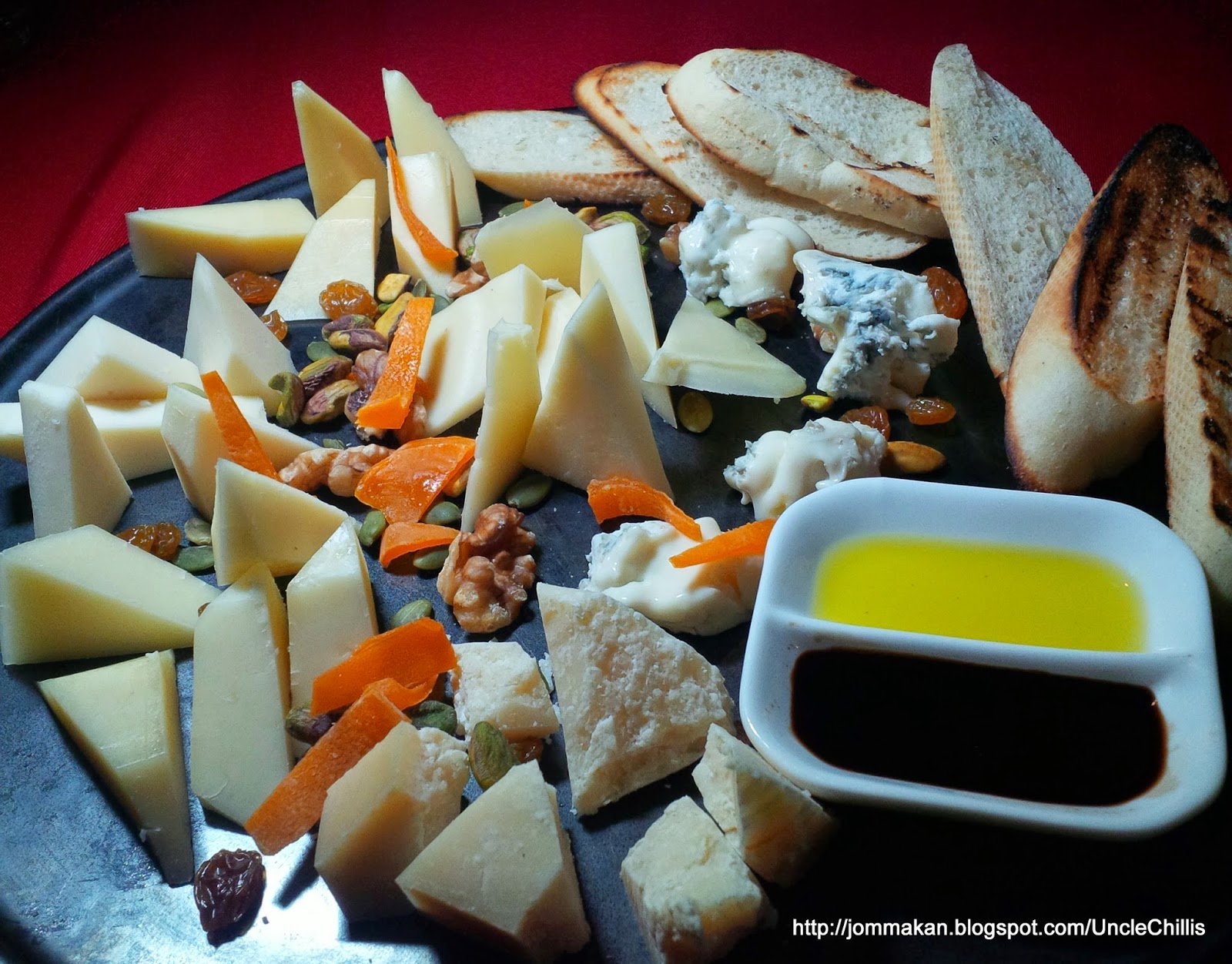 Italian Burrata with Rocket, Cherry Tomatoes & Beef Bresaola (RM42++) is another delicacy rarely found in most Italian restaurants in Klang Valley so we were in seventh heaven for the chance to savour this fresh ball-shaped cheese. 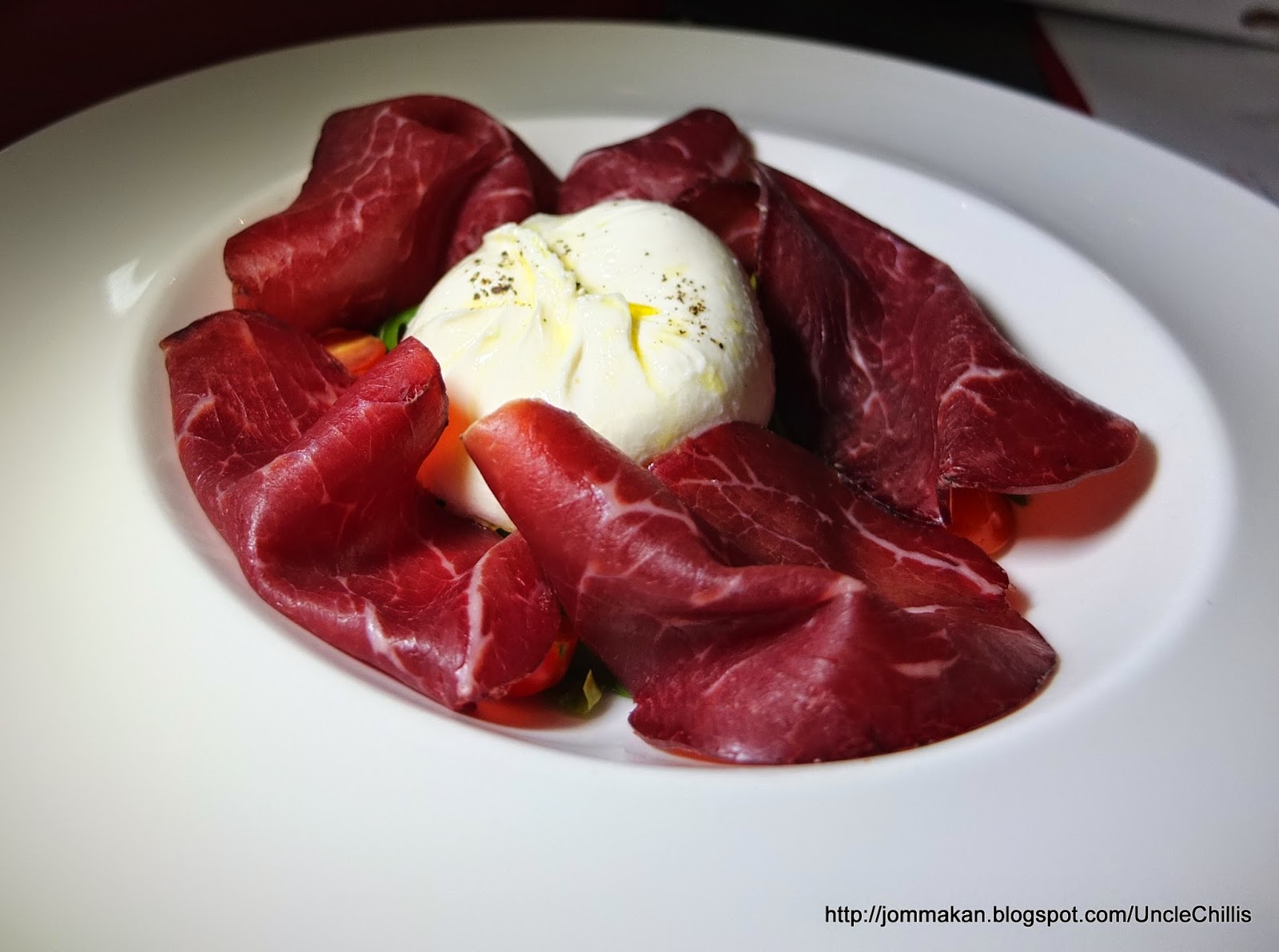 Split open its milky white, slightly bouncy exterior and you'd be rewarded with a rich core filled with soft curds soaked in cream within. An utterly divine match when complemented by tissue-thin slices of air-dried, salted beef, peppery rocket and fresh cherry tomatoes. 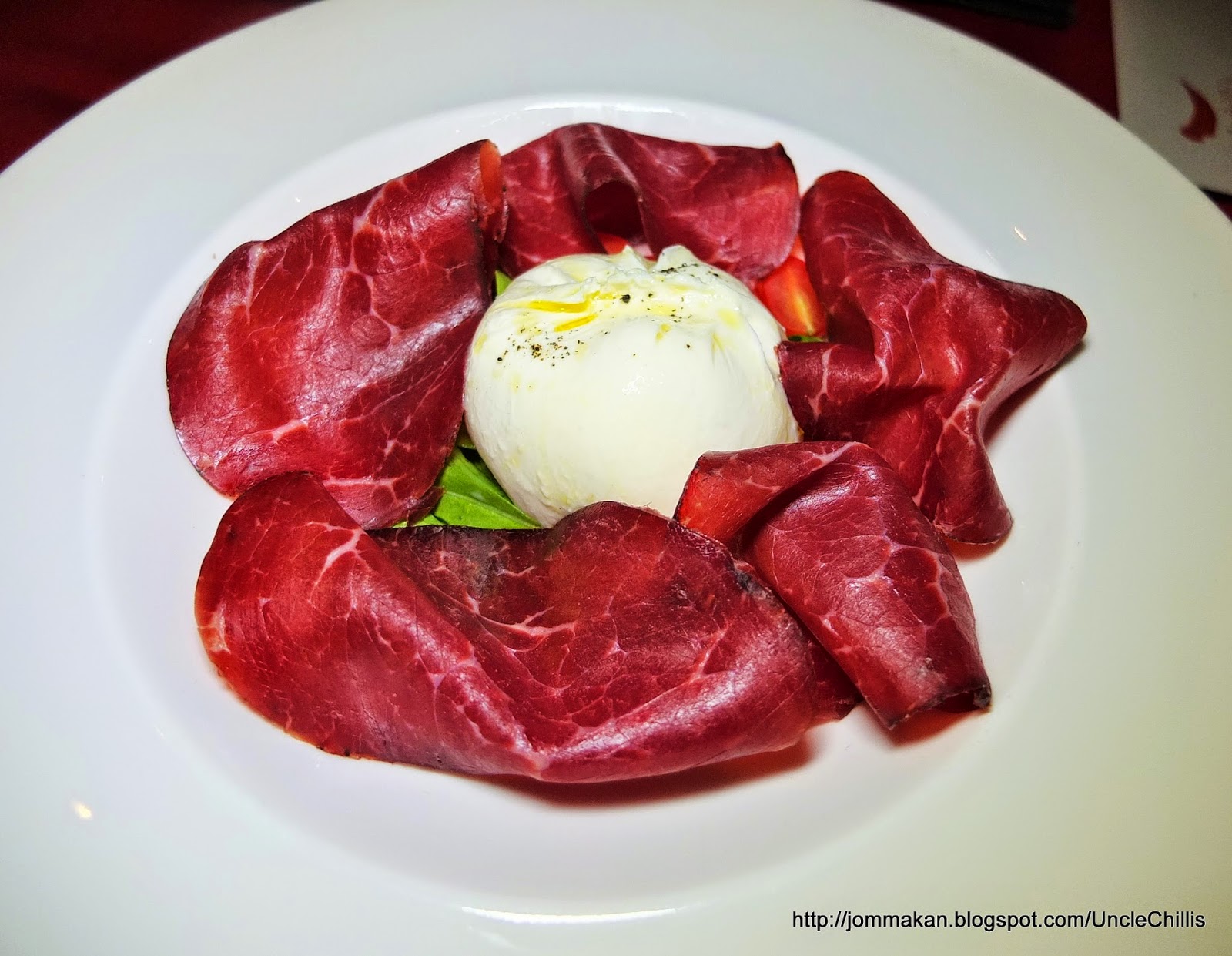 Its deliciousness was rivalled by the Caprese Buffalo Mozzarella with Fresh Tomato & Rocket Salad with Extra Virgin Olive Oil (RM32++). You can easily slice through the fresh, soft cheese's thin, semi-elastic rind and relish its moist, springy texture and slightly sour taste. Thickly sliced tomato and fresh rocket are most common pairing for it. 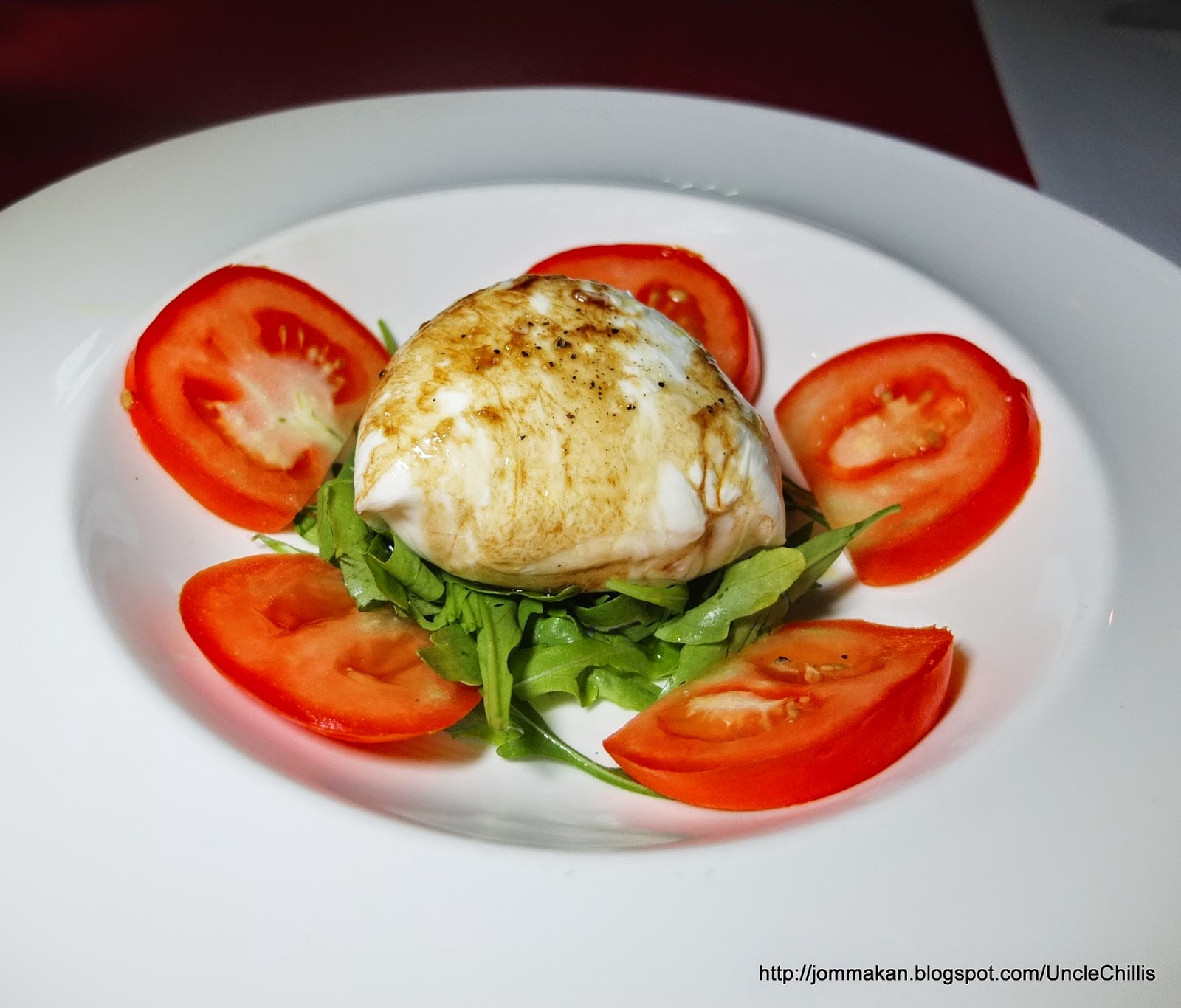 Italy is also known for its cured meats so it was only befitting for us to sample a plate of Bresaola and Salami with Shave Parmesan (RM48++). Served with slices of toasted country bread, the briny, smoky meats were excellent to whet the appetite. 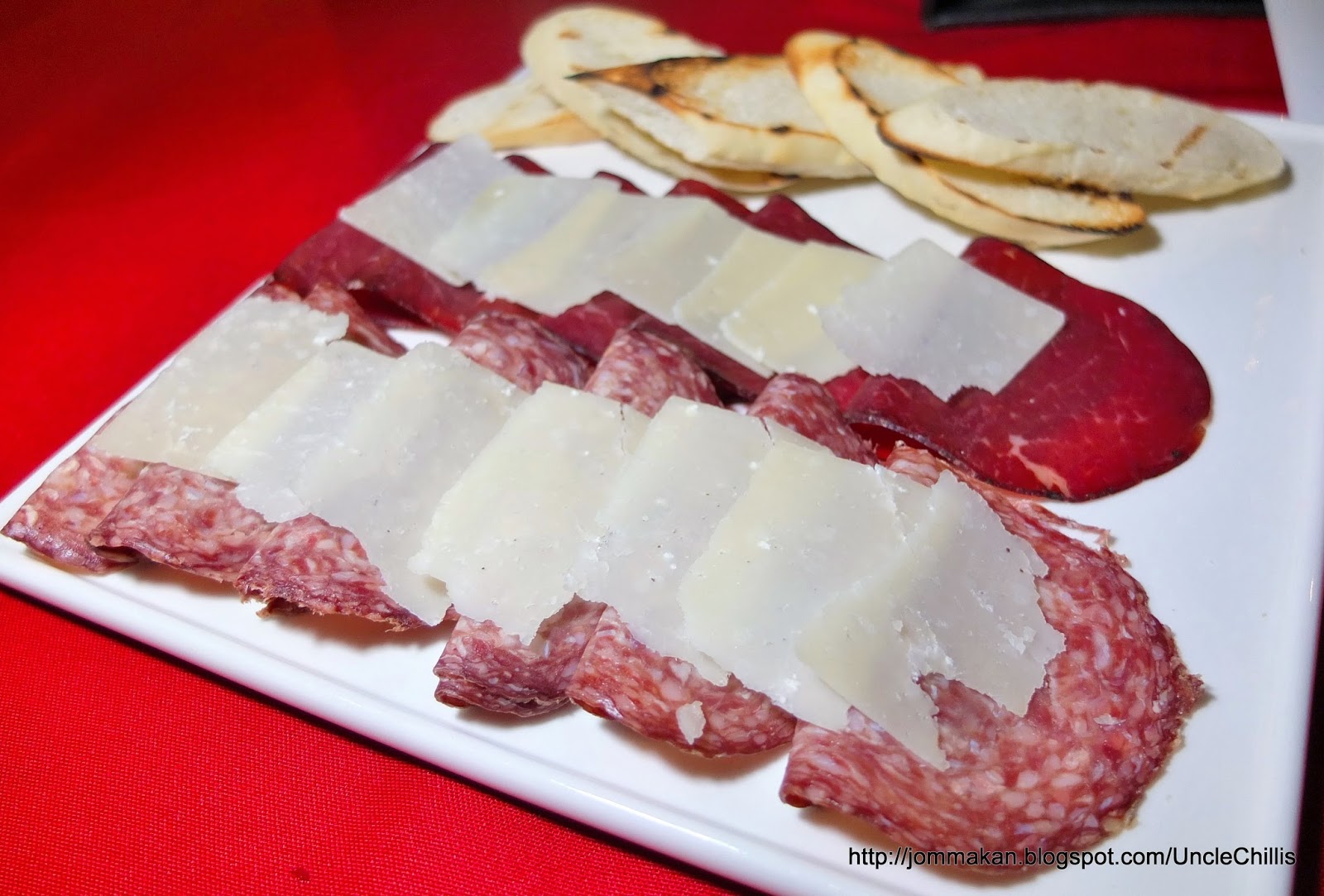 The most outstanding pasta of the evening was Bucatini Amatriciana (RM42++), thick holey spaghetti-like pasta drenched in hearty, chunky and mildly zingy tomato sauce with beef bacon, onion, balsamic and shaved pecorino. Again this dish is hardly ever found in run-of-the-mill Italian eateries here so this is a noteworthy choice to consider. 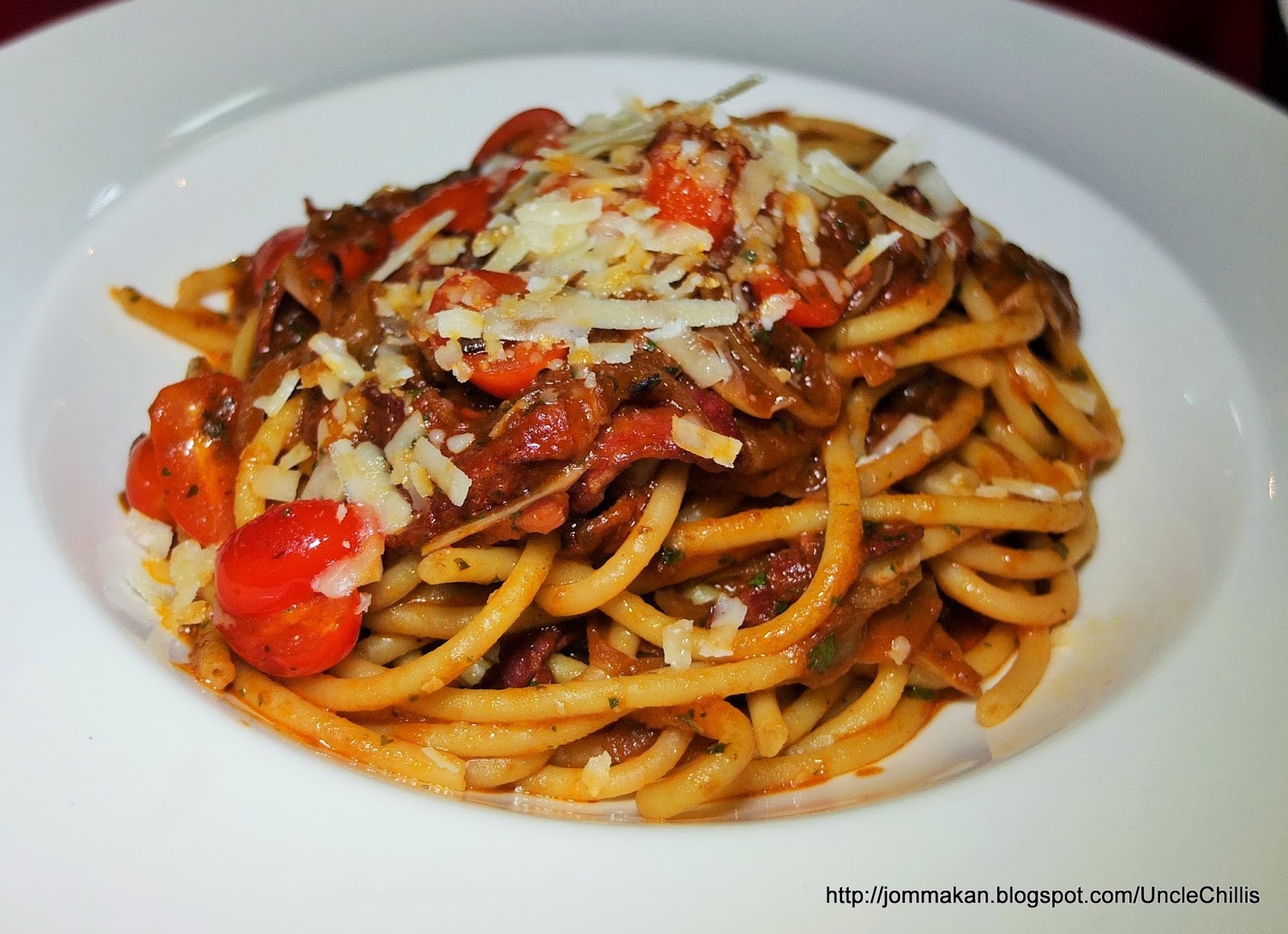 Coming in a close second is Tagliatelle (RM47++) - a signature speciality of Chef Zampar. The pared-down combination of asparagus, porcini mushroom, cherry tomatoes and provolone with the flat pasta ribbons went down a storm with us; the dish's delicate hodge-podge of woodsy, flinty, tangy and savoury nuances held us spellbound. 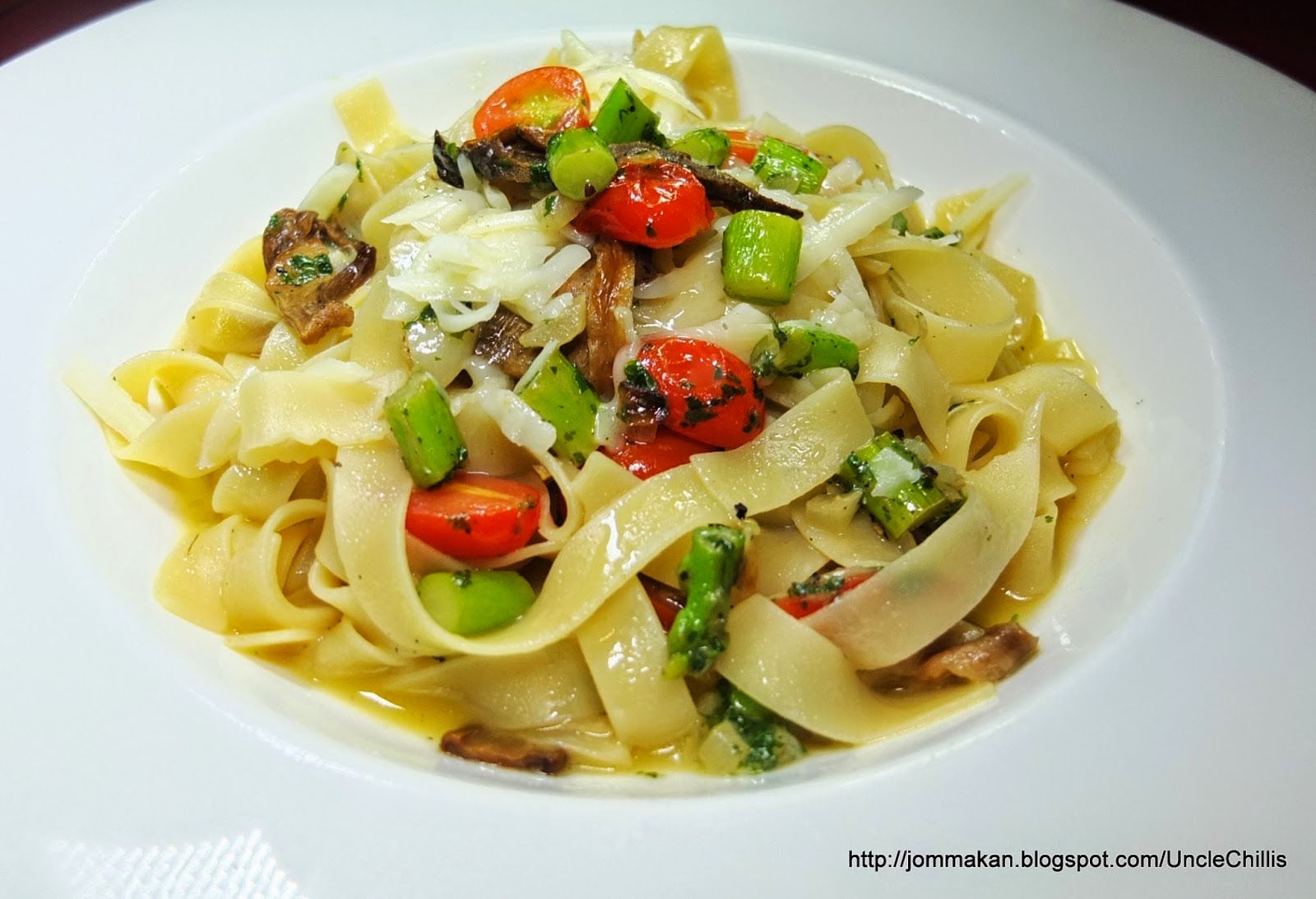 Similarly, the Spaghetti Aglio Olio (RM48++) is another surefire crowd-pleaser. Tossed in olive oil, sliced garlic and chilli flakes, and primed up with grilled tiger prawns, it easily got two thumbs up from us. 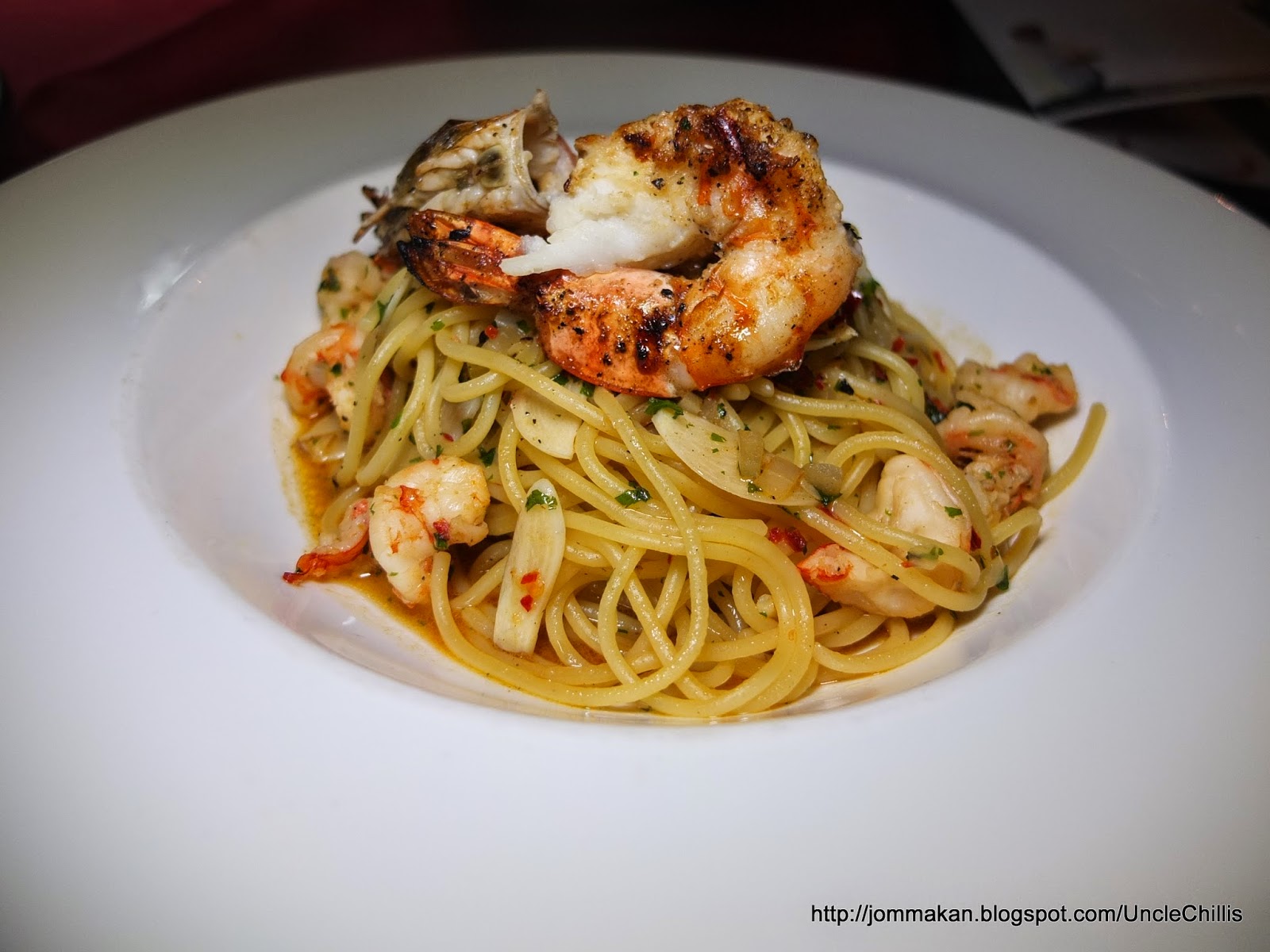 Fancy something more luxe and feisty-tasting? Baby lobster and a zingy spicy tomato-based sauce should make the Linguine Aragosta (RM22 per 100gm) a blazing success. Enlivened with garlic, cherry tomatoes and parsley, this pasta dish packed a real punch. 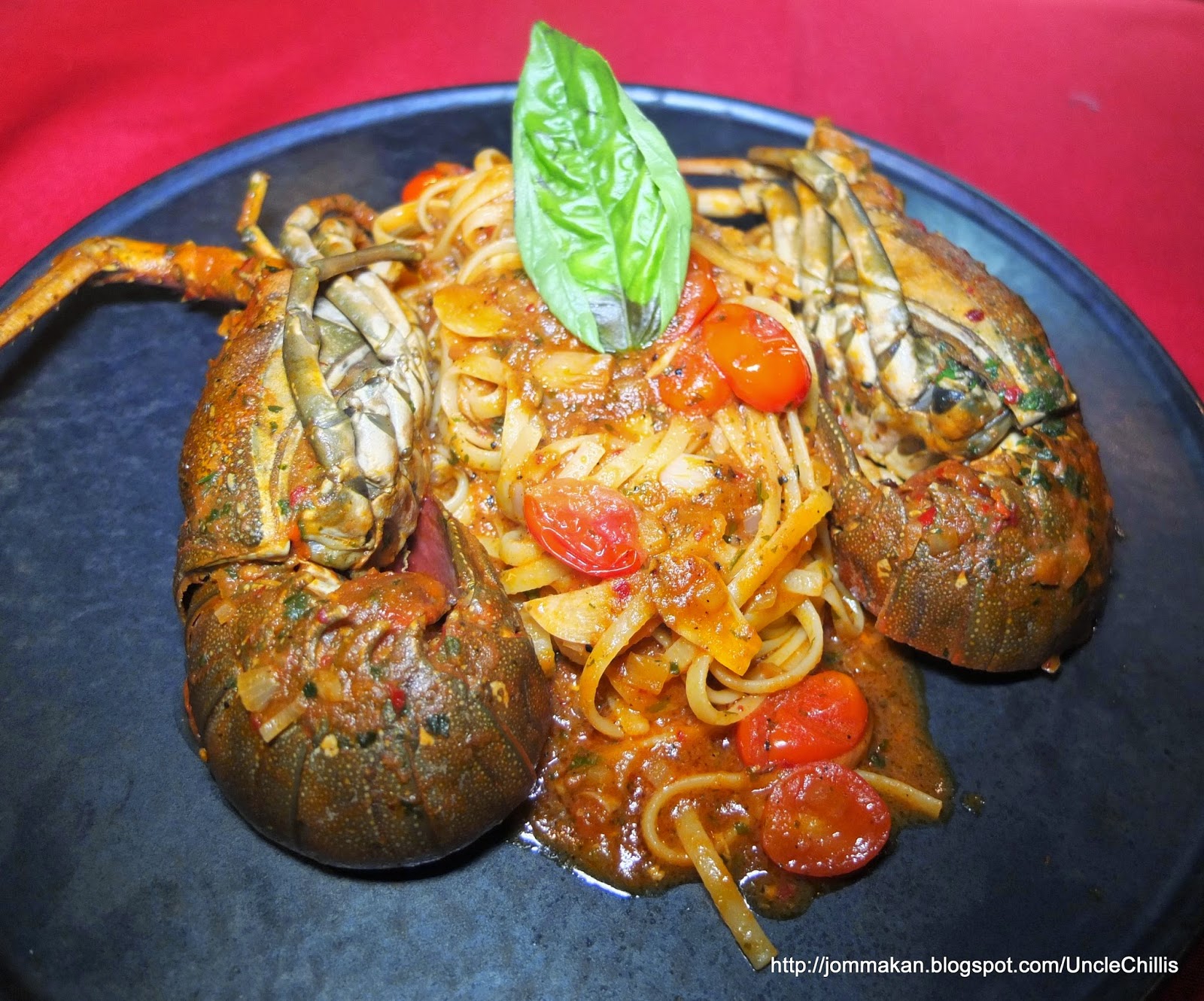 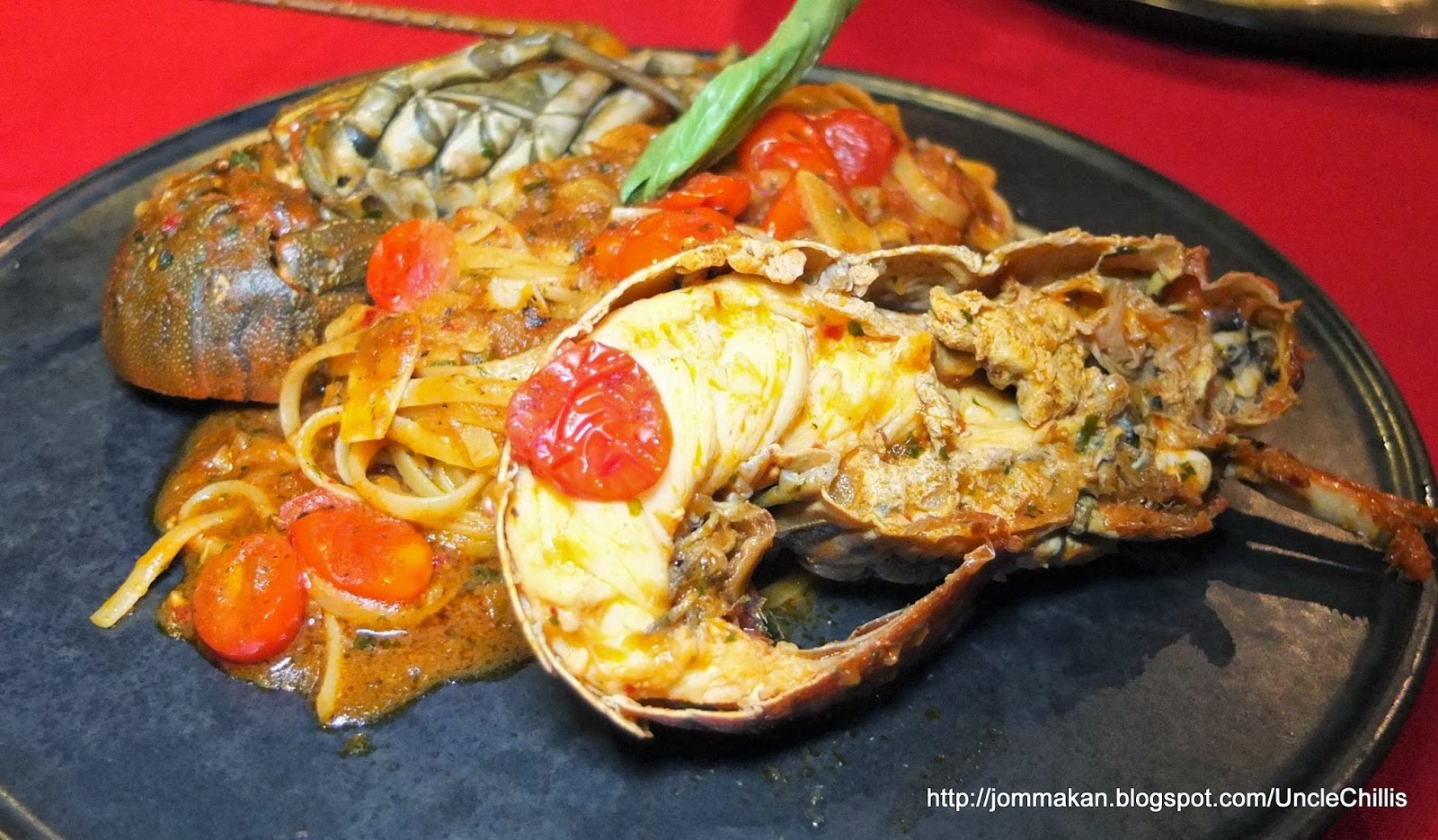 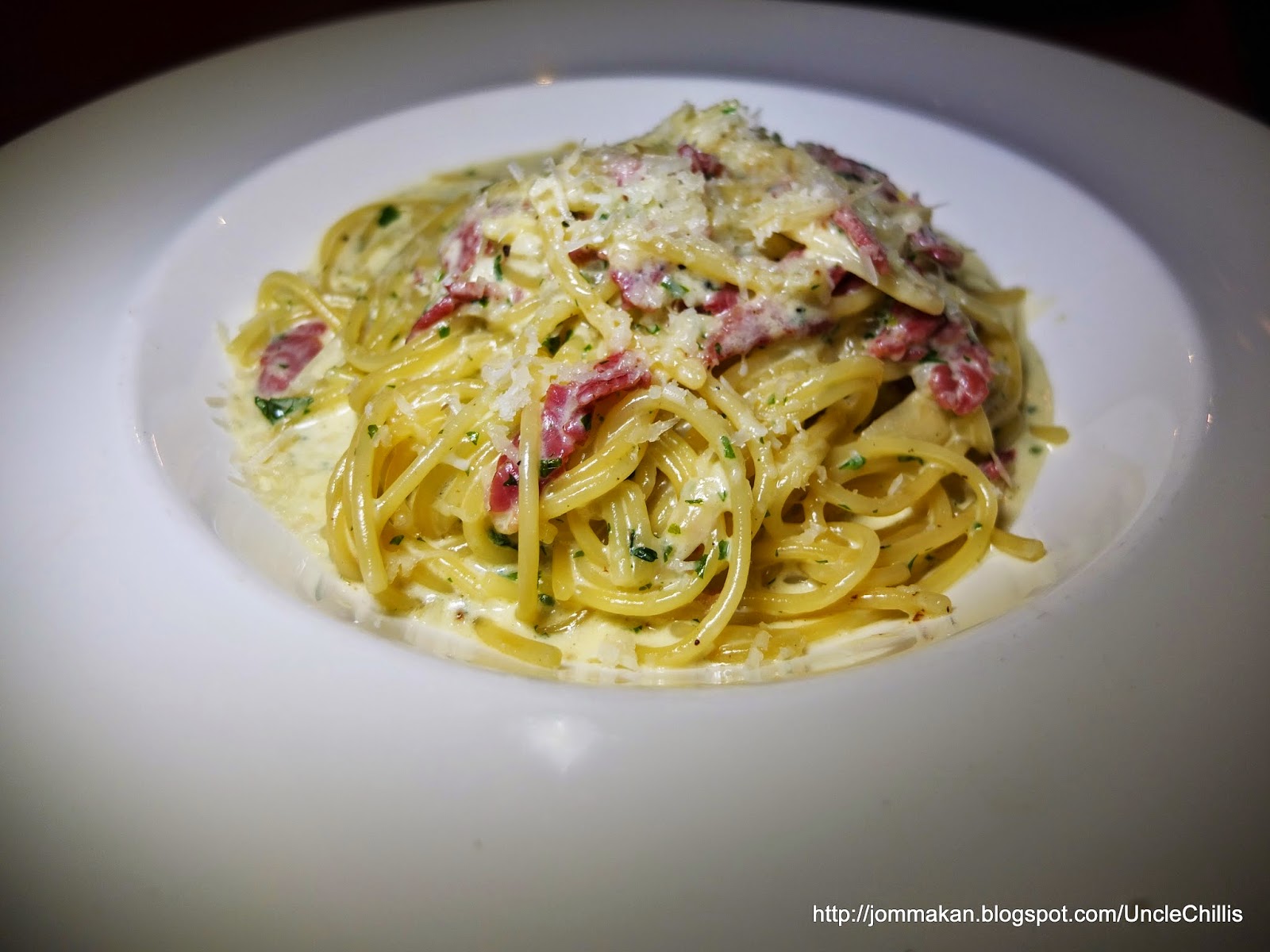 It was such a pity the clams were a tad on the scrawny side in the Spaghetti Vongole (RM42++). Otherwise the chilli-flecked pasta in garlic and white wine sauce would have made a better impression. 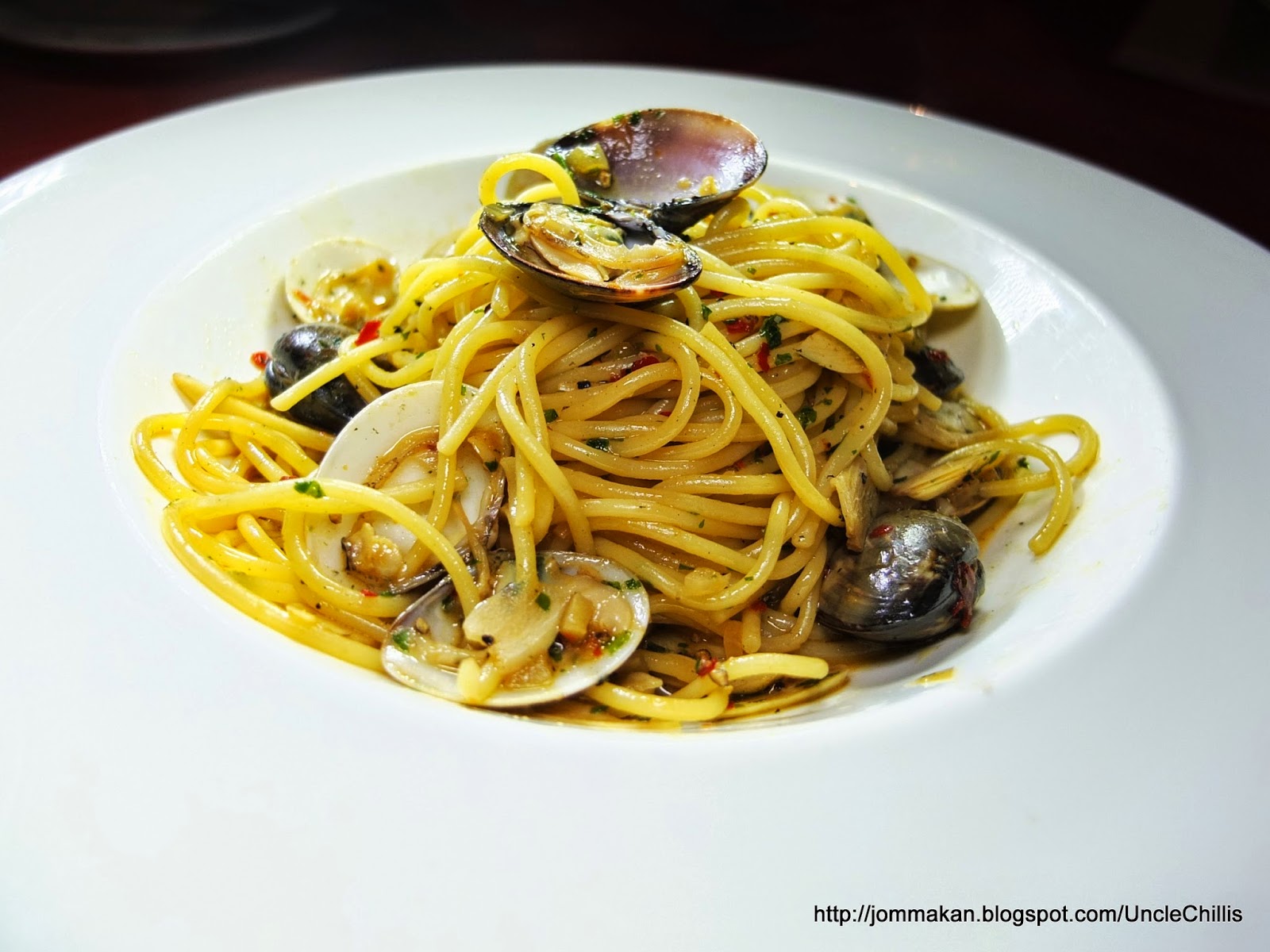 Ricotta, gorgonzola, montasio, parmesan and pecorino made the Ravioli Stuffed with Eggplant & Ricotta (RM57++) an cheesy overload. The dainty pasta parcels were generously smothered in an ultra-creamy, four cheese sauce making the serving an option strictly for ardent fans of cheese...otherwise you'd be reeling from those pungent dairy products. 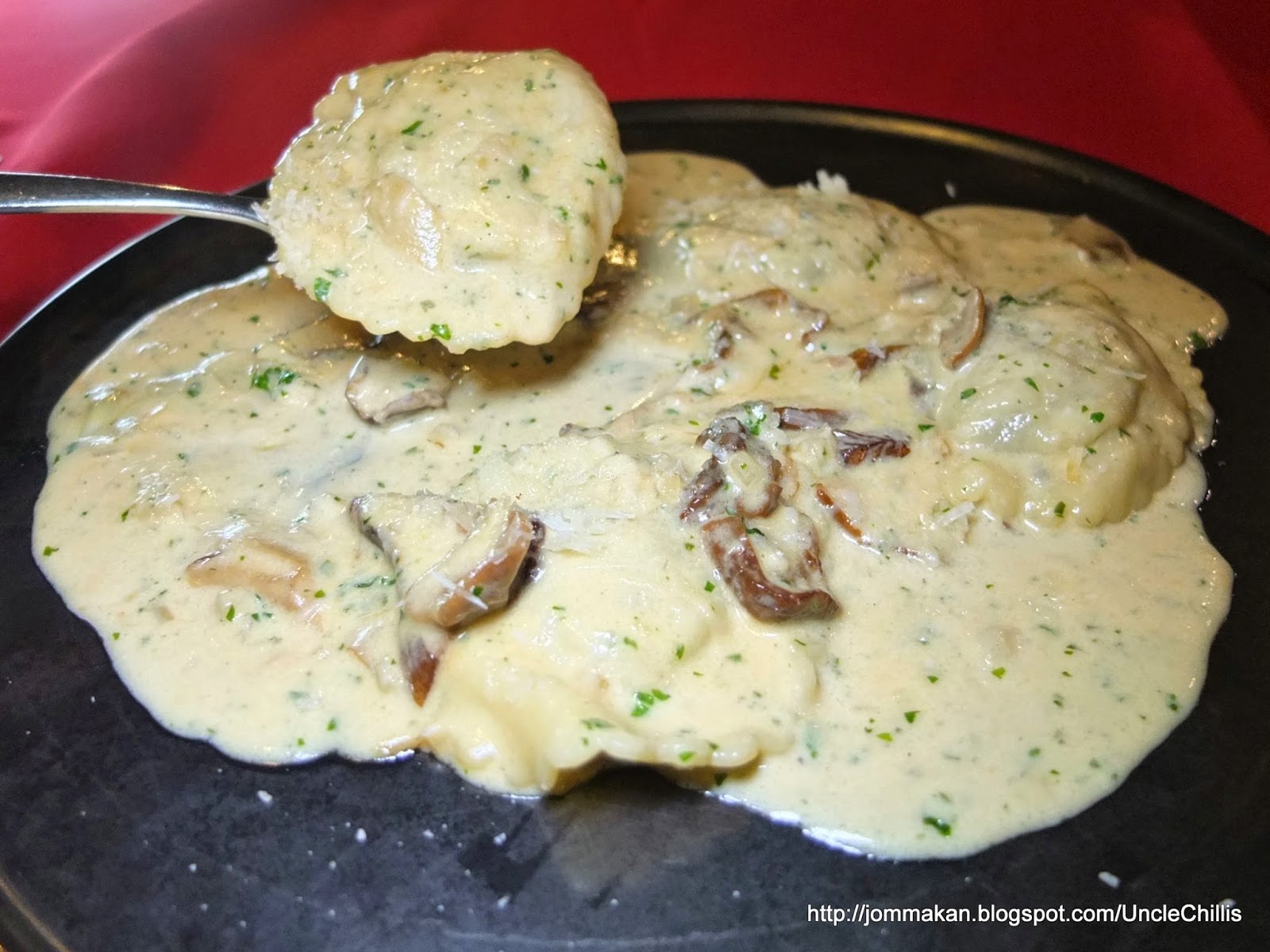 Tiramisu (RM22++) was the sole dessert available - a lamentably sedate version whipped up from mascarpone cheese, coffee-soaked ladies fingers and strawberries. There's nothing wrong with it but give me the boozy 'pick me upper' anyday. 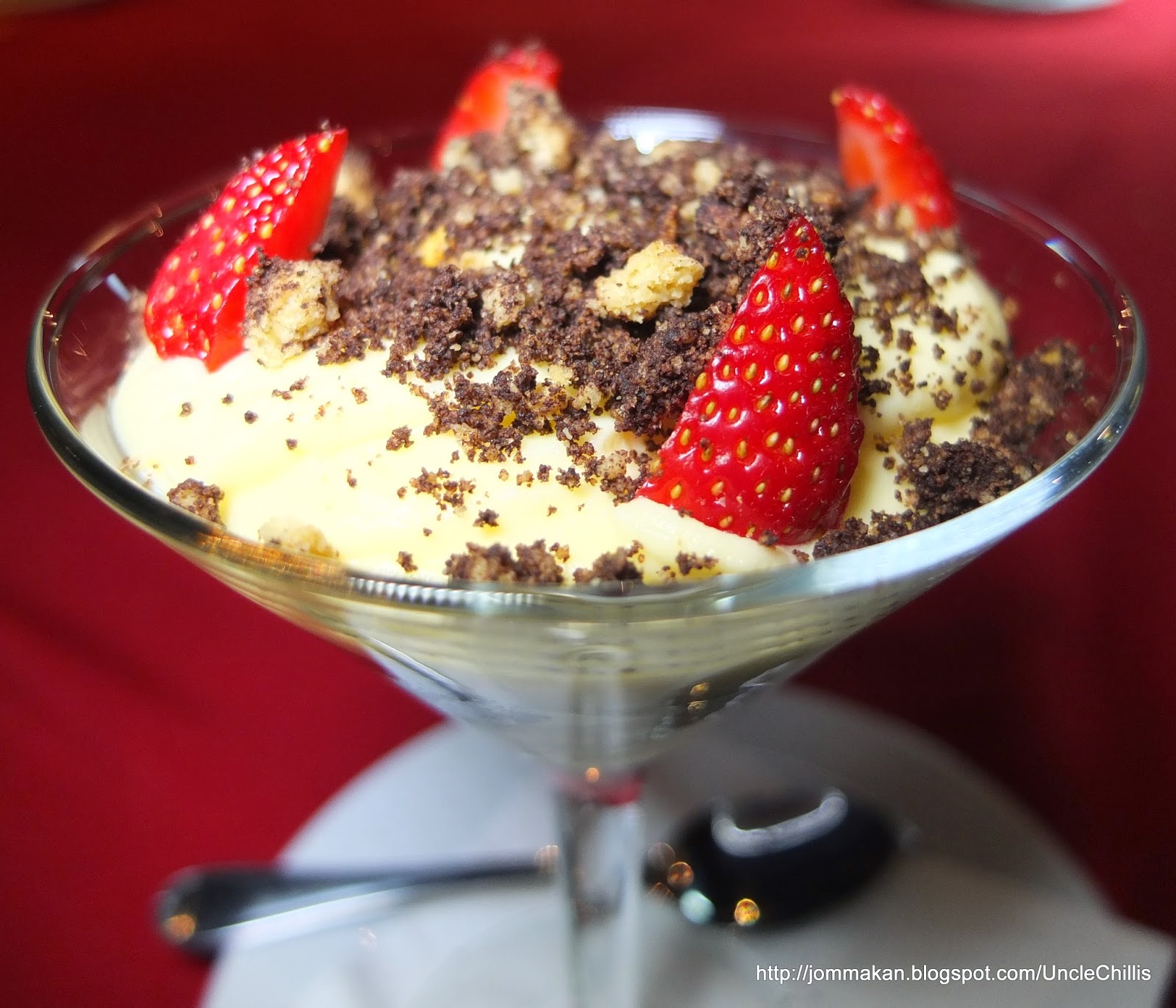 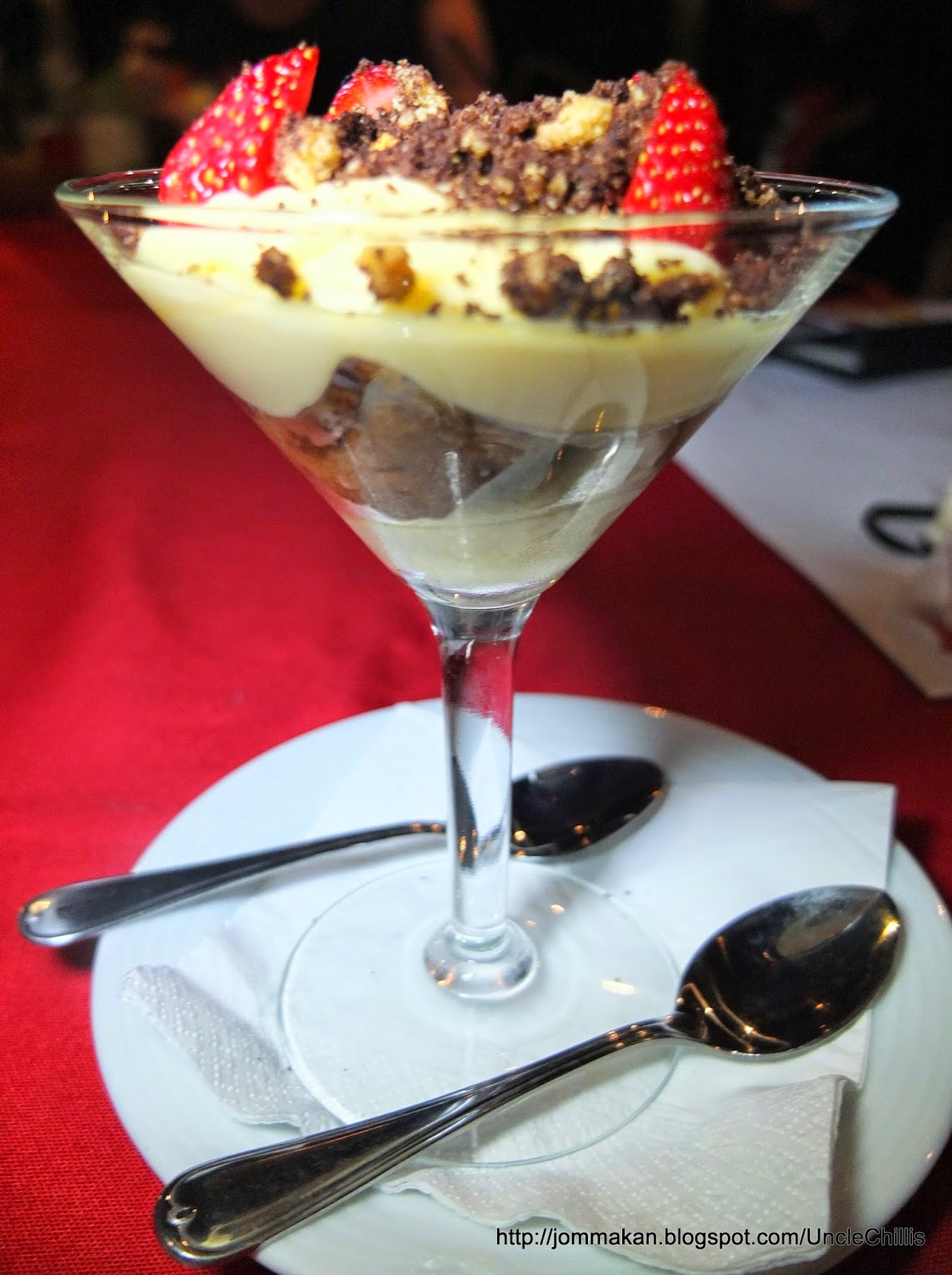