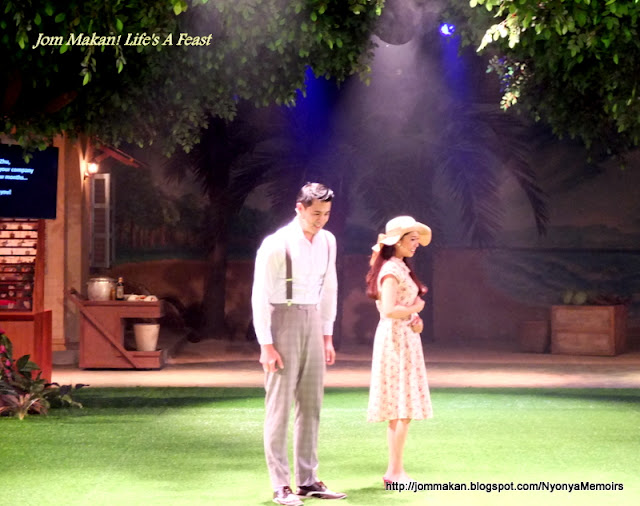 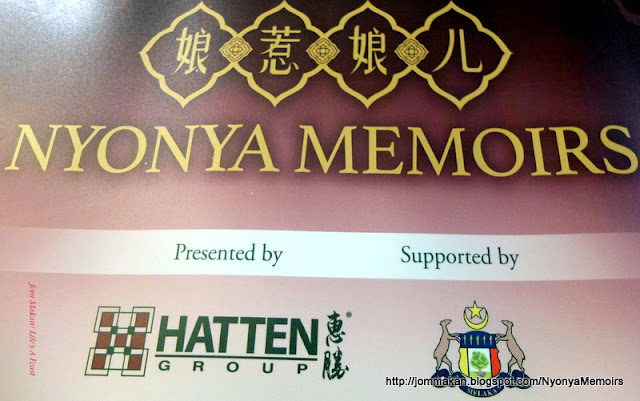 Ah, the course of true love never did run smooth according to William Shakespeare. This timeless basis forms the crux of Nyonya Memoirs – a revolutionary interactive theatre performance being staged in Melaka until 19 July 2015. 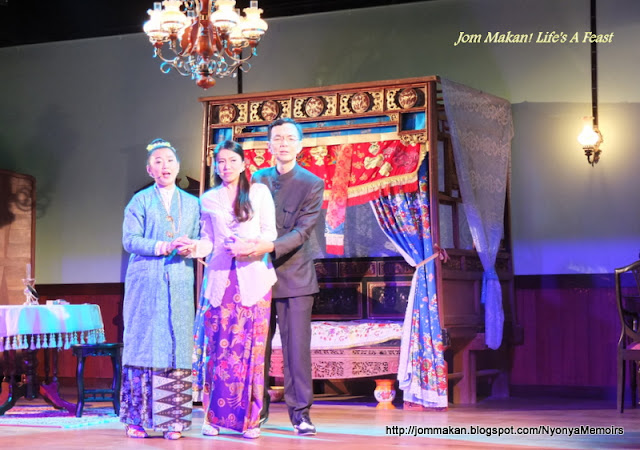 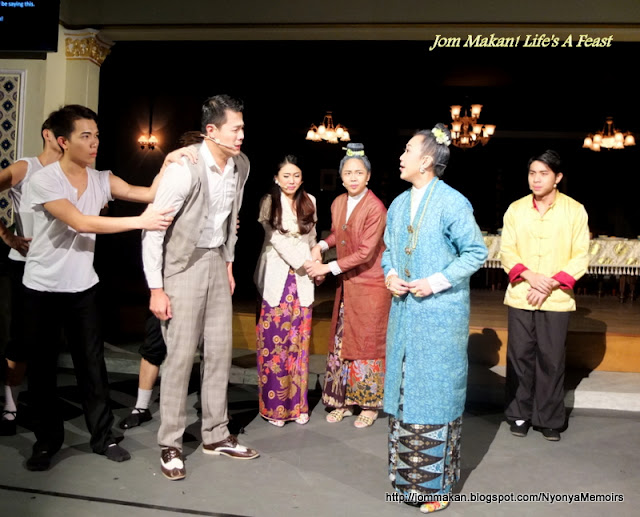 Presented by The Hatten Group, this RM8million production is conceptualised to highlight and promote a deeper appreciation of Melaka’s Peranakan culture and heritage. Premiered in May this year, the star-studded show tells the fateful story of Bao Zhu (played by Dorothy Foo), a young Nyonya maiden whose relationship with Zhang Min (reprised by Evan Siau), a poor Baba was opposed by her prominent, well-heeled family. 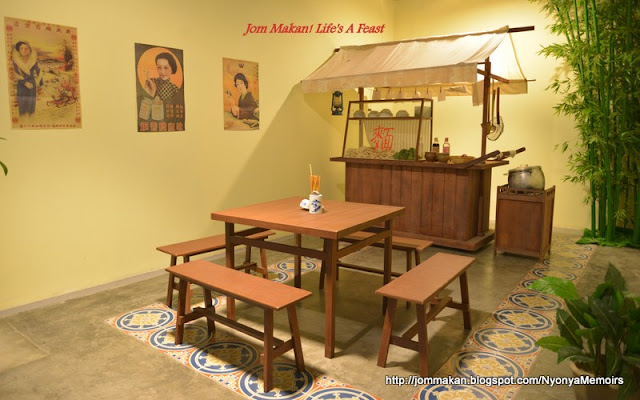 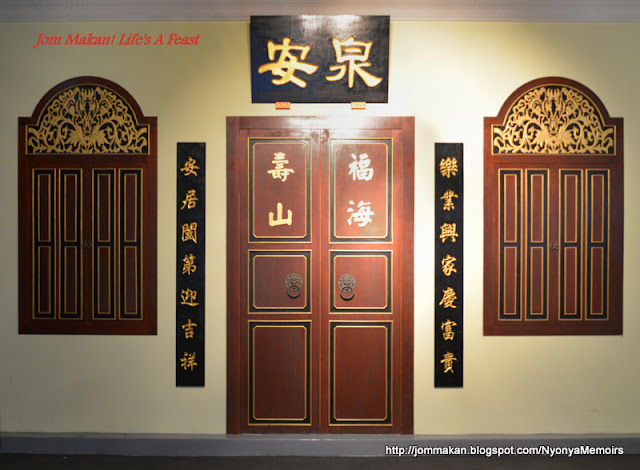 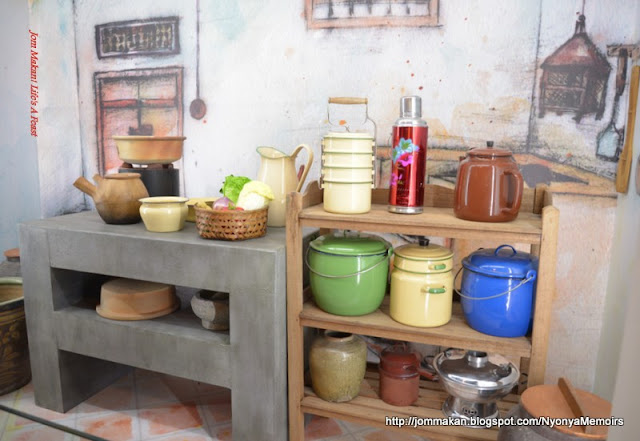 An extravaganza of music, songs and satirical dialogue, this is one performance that literally keeps you on your toes. Right from the get-go as the audience trooped beyond the heavy curtains after the entrance, our attention was drawn to the life-like nostalgic setting. 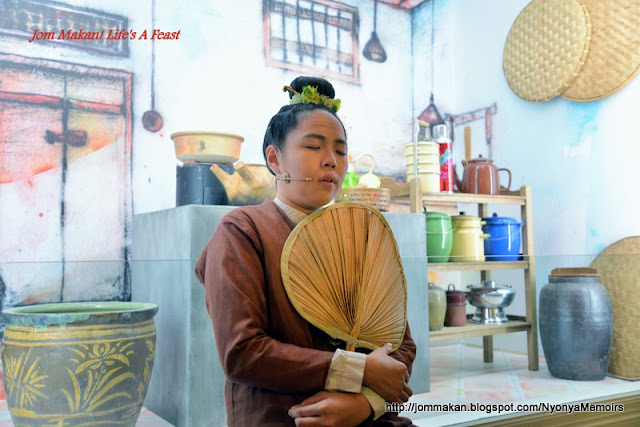 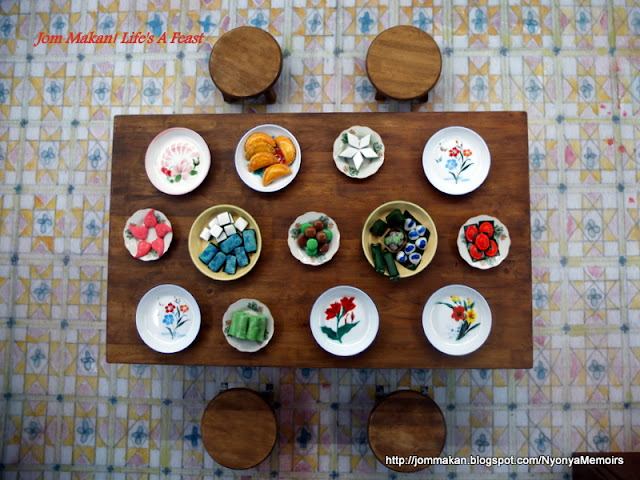 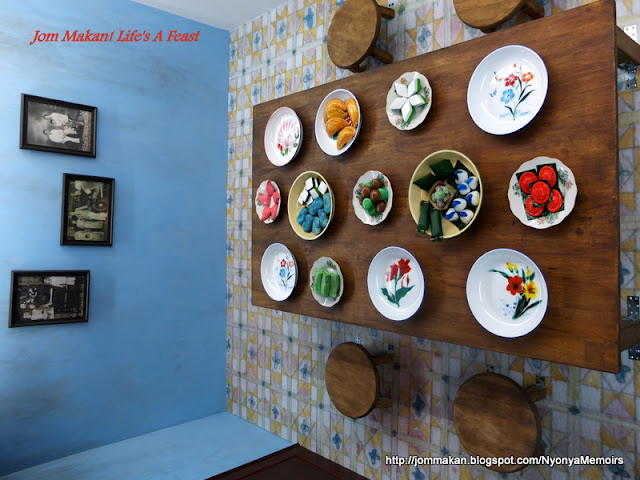 Of course, cameras were whipped out for instant snapshots (NO flash photography was allowed) as everyone ‘ooh-ed’ and ‘aah-ed’ over the artfully created ornate props: from a local tea stall and shop front to old-fashioned kitchen and family dining table found in a Nyonya home. 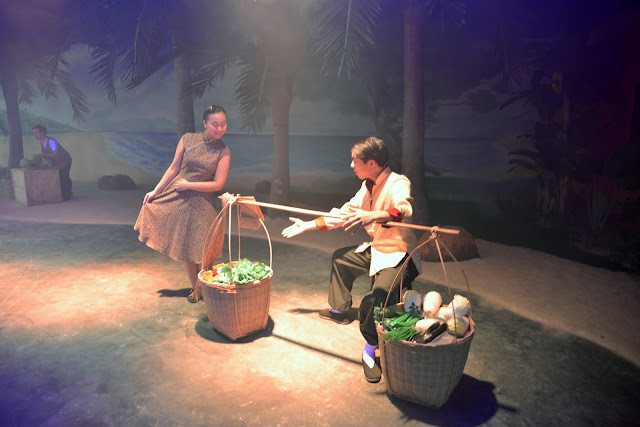 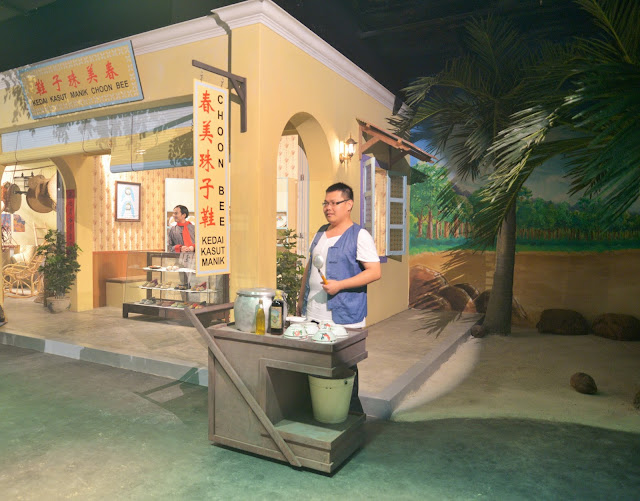 When the member of the cast resplendent in her Nyonya get-up jumped up to exhort her lines, everyone was caught off-guard but it was part and parcel of the performance’s uniqueness. 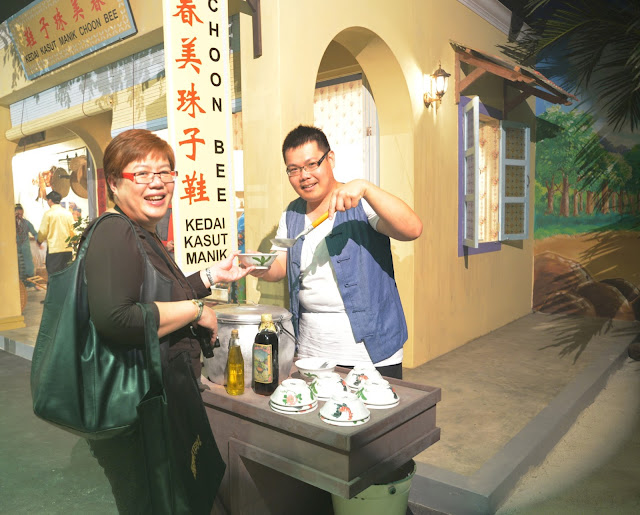 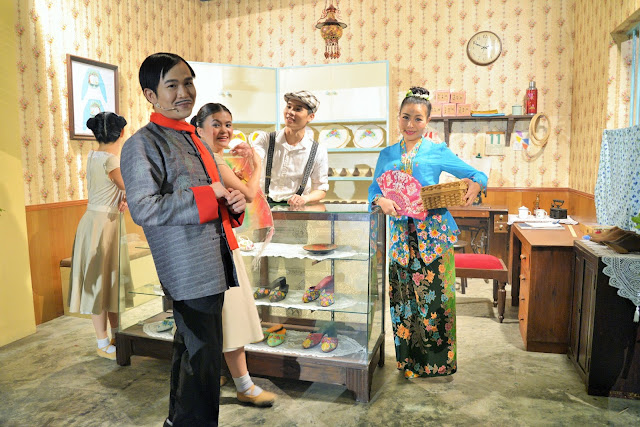 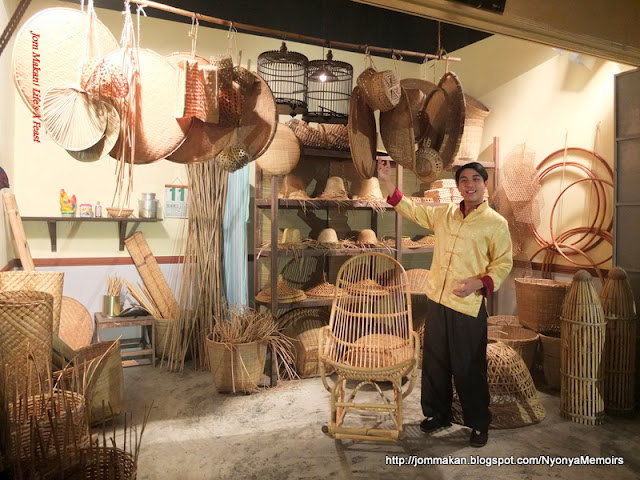 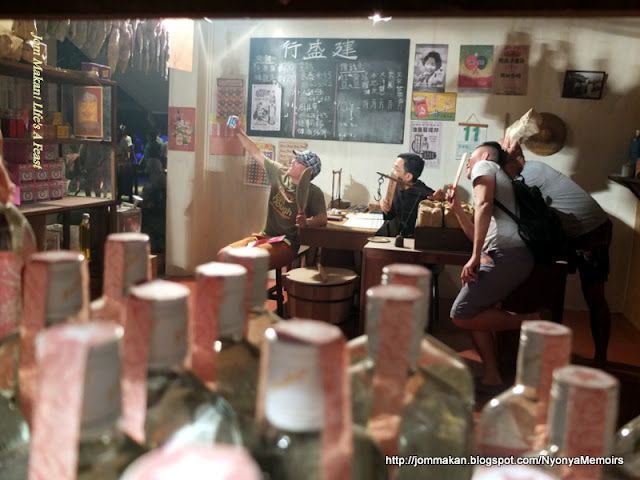 Instead of a restricted raised stage, we found ourselves walking right into the theatre set. Everyone just wandered around the replica of a town square, complete with old-school shops, a few street carts and mobile hawkers. It was slightly unnerving at first as we didn’t know what to expect, which direction to head for or where the play will be performed. Suffice to say, most of us were like a flock of lost sheep looking for the shepherd. 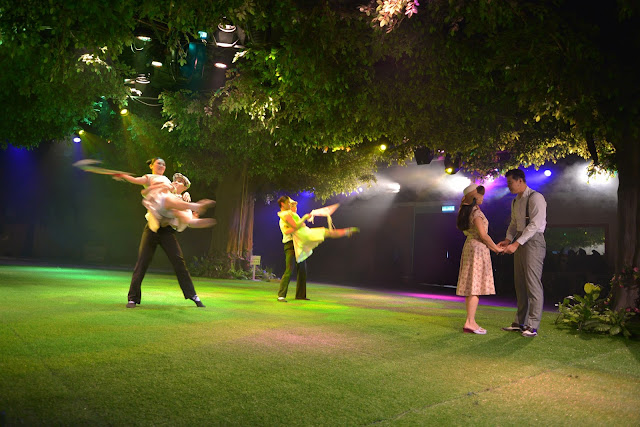 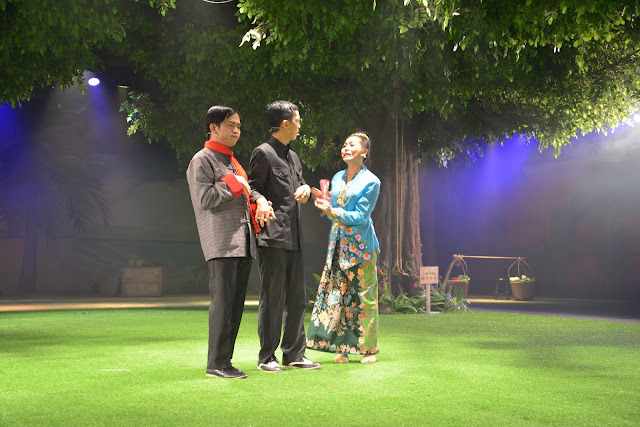 Once the initial song and dance began around the ‘lawn’ area, we somehow managed to assemble in a semi-circle around the performers. Luckier members of the audience had stools to sit on but for the majority, it was standing room only. 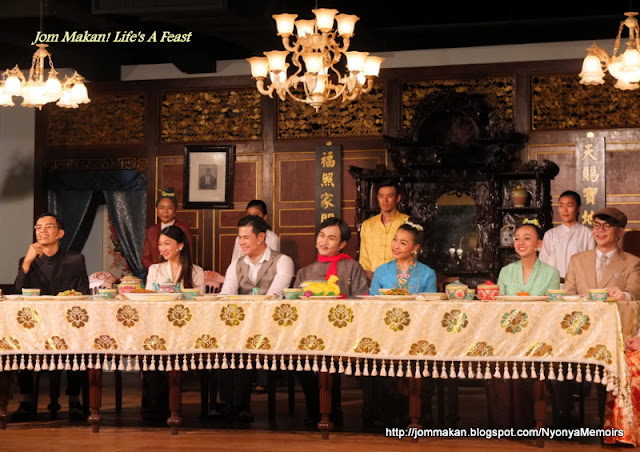 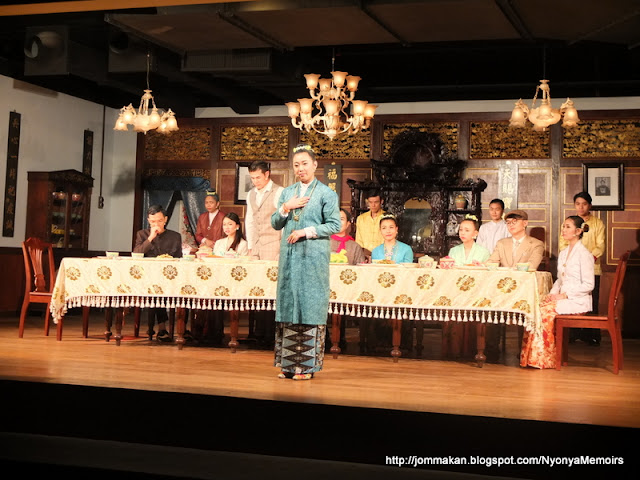 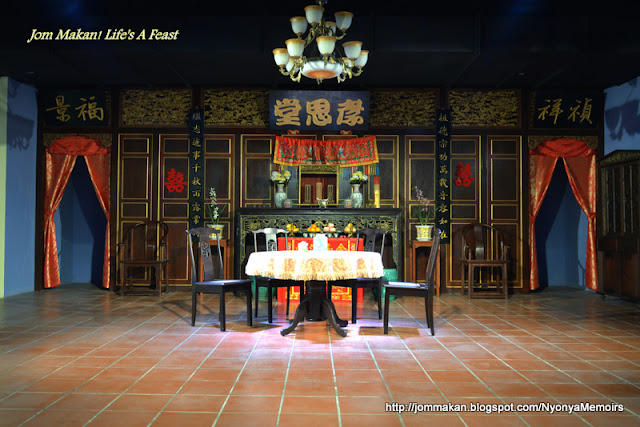 As the love story between the two protagonists unfold, we had to segue towards the different stage sets. Some confusion ensued during intermission as we were barred from the more elaborate set-ups (understandable since those are costly to create) for photography. It would have been more effective for all parties concerned to have clear and proper signages put up, to inform members of the audience the permissible and forbidden areas. 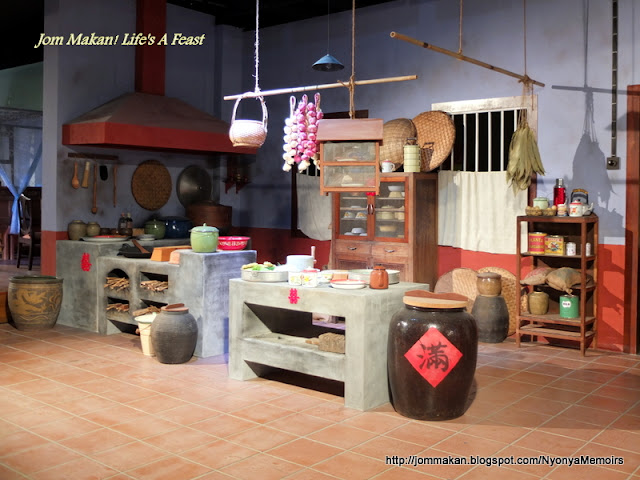 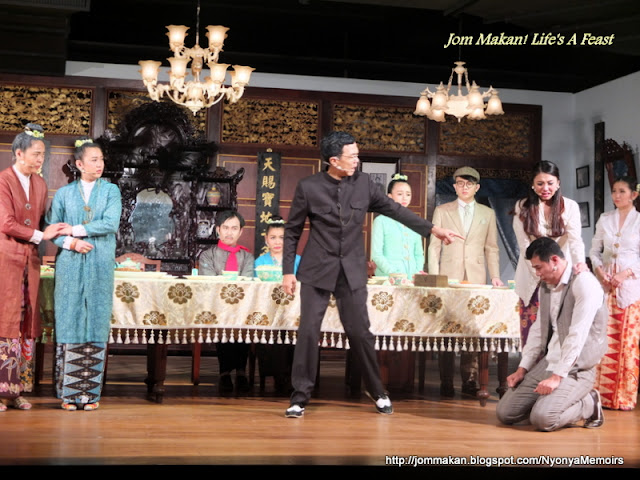 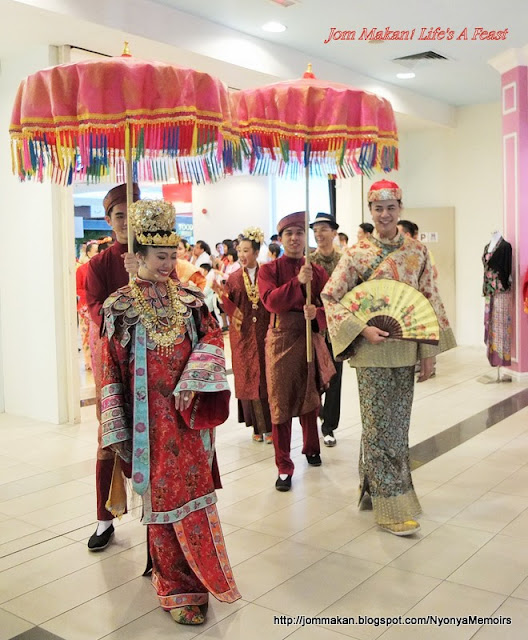 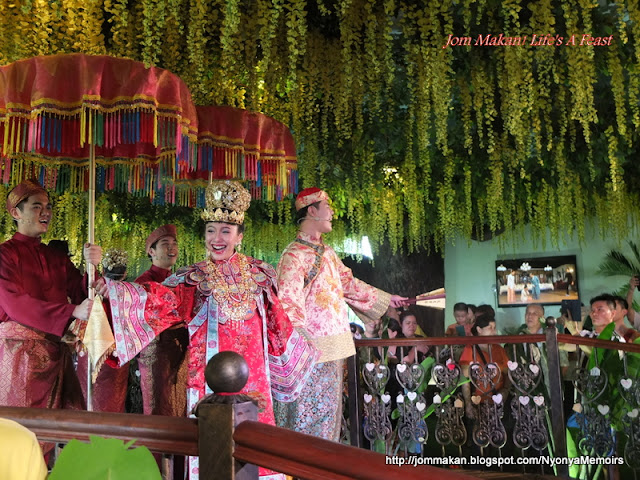 Anyway, love ultimately conquers all and the touching tale wraps up with an elaborate wedding procession which takes place outside the event hall. The dialogue is a mixture of Mandarin, Malay and Chinese Hokkien dialect with English subtitles shown on various TV screen mounted around the theatre setting area. 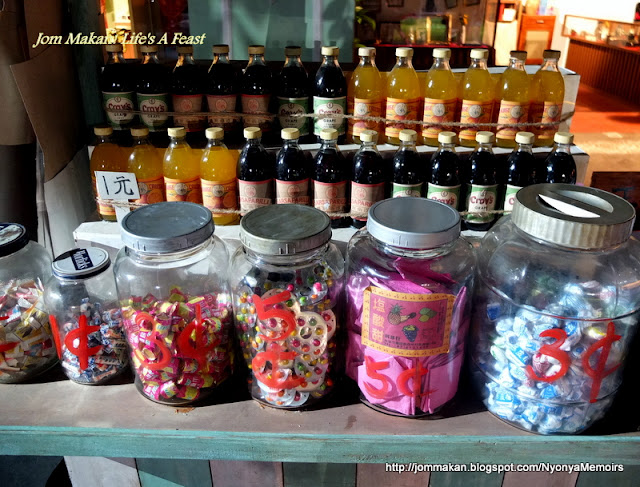 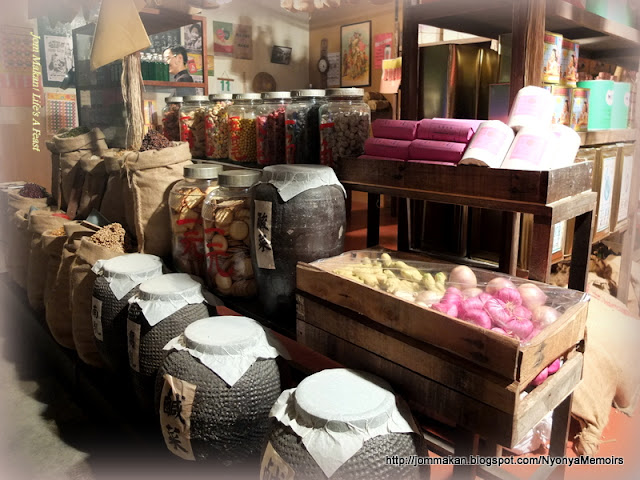 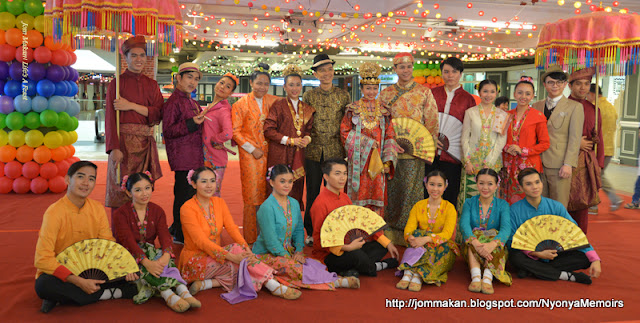