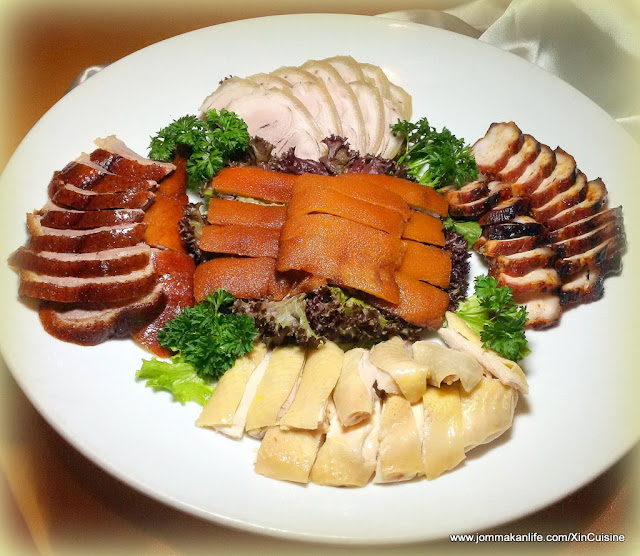 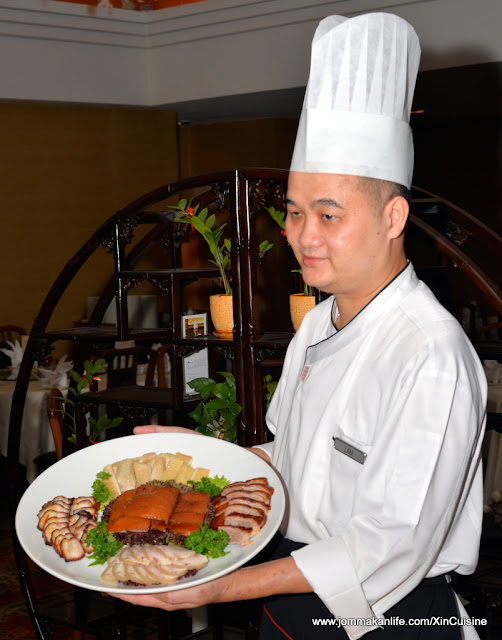 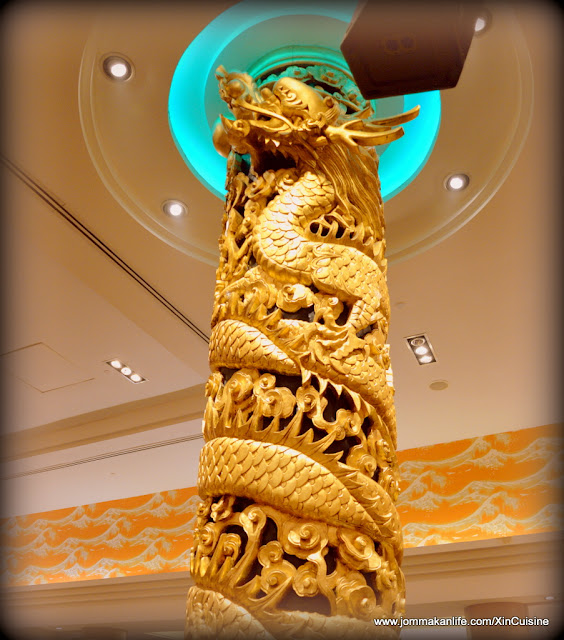 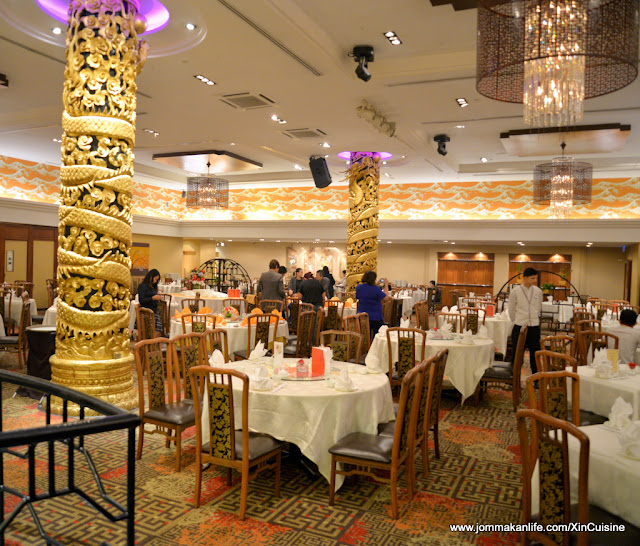 Lam - a triple award winner in Chinese culinary competitions in Beijing, China - joined Xin Cuisine in June this year. Hence it is customary for the newly appointed chef to bring his signature Cantonese and Hakka specialities into the fold and both online and print media members were given a taste of his unforgettable handiwork recently. 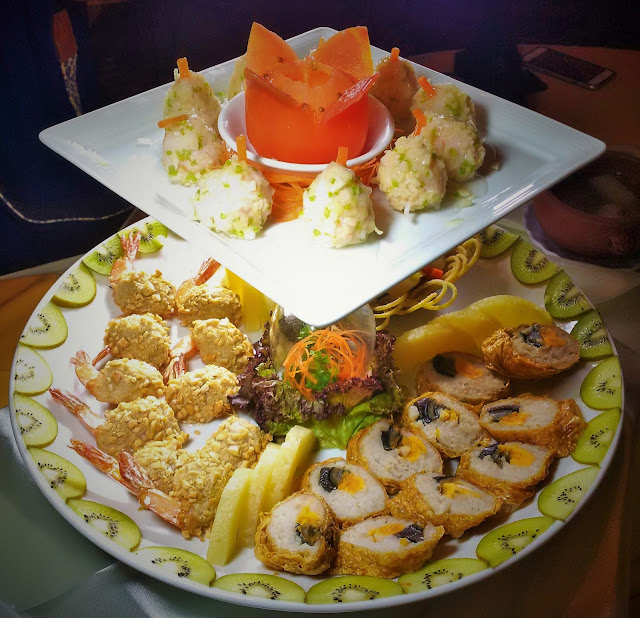 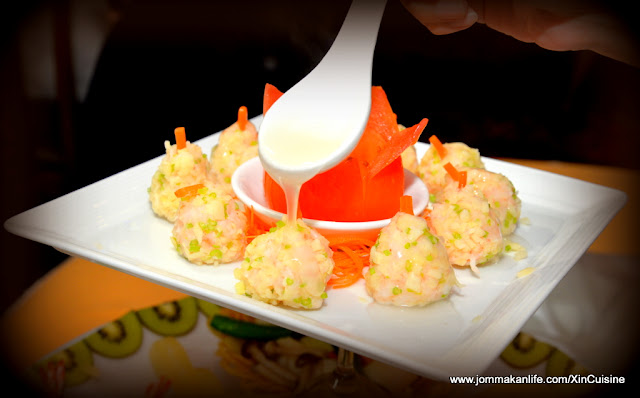 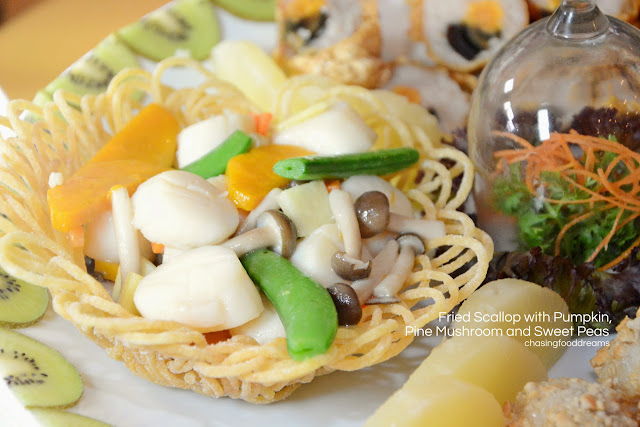 The minimalist Cantonese approach also worked well for the plump, succulent scallops which harmonises well with the delicately sweet pumpkin while the mushroom and sweet peas lent textural variation. 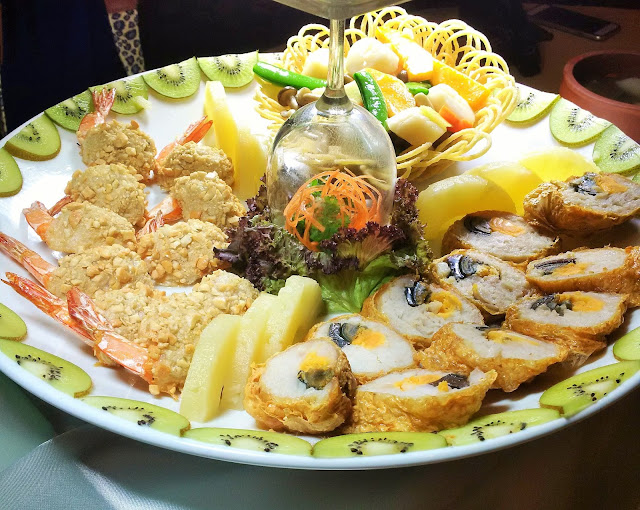 Ramping up the flavour dimension, Chef Lam added century egg and salted egg yolk into the deep-fried beancurd skin roll with its delicious stuffing of fish paste, minced pork and prawn. A mixture of crunchy and springy textures left us nodding with approval when we bit into the deep-fried phoenix prawns which came coated with fish paste and chopped cashews. 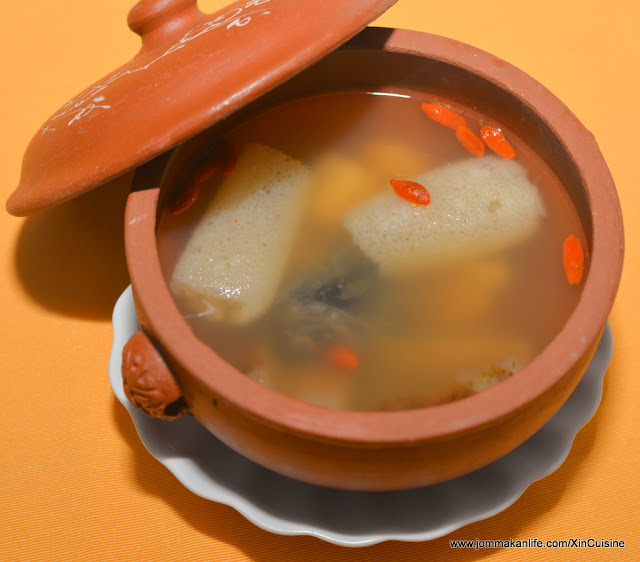 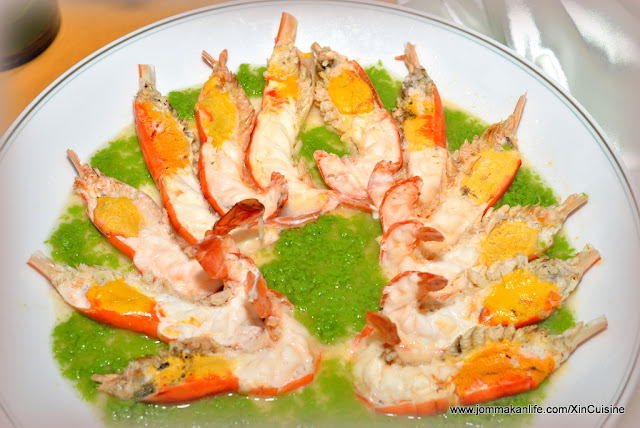 Chef Lam upped the ante further with steamed freshwater prawns in spinach puree & Chinese wine. It was a sight to behold – those halved crustaceans nicely fanned out on a bed of curdy egg white, coloured a brilliant green with spinach puree. The heady perfume of Chinese wine also sent our gustatory juices into overdrive. Kudos to the chef for ensuring the prawns turned out succulently springy to the bite. 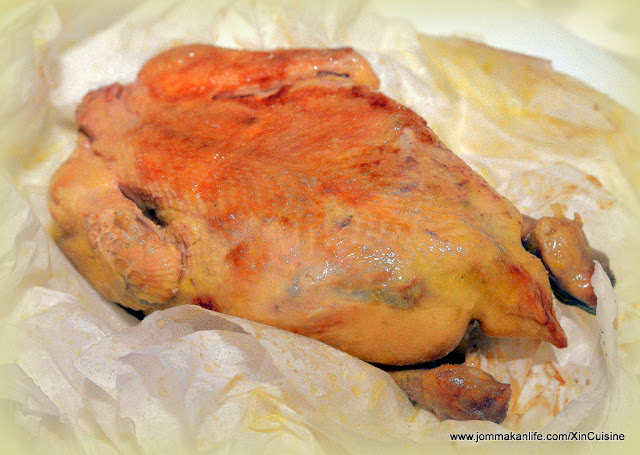 We were told Chef Lam’s rendition of salt baked chicken with ginger & spring onion dip has garnered its own following, thanks to the speciality’s evergreen appeal. Wrapped and baked in greaseproof after the chook has been marinated with the chef’s own ‘secret’ rub concoction, few diners can resist its smoky briny overtones. 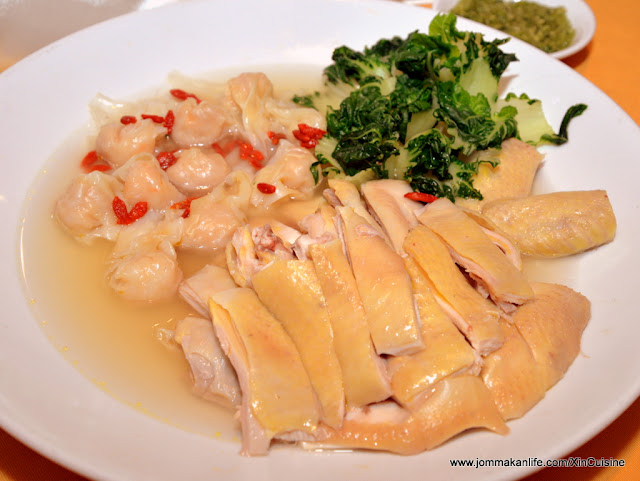 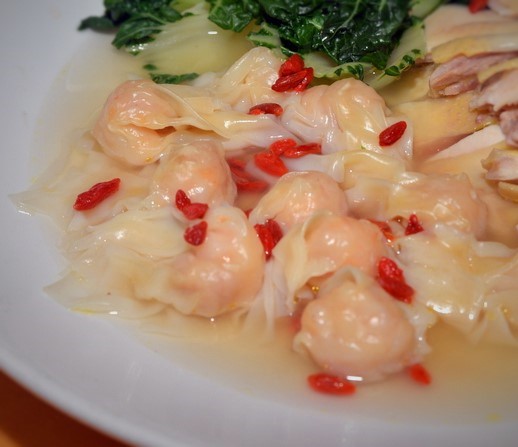 Returning to roost in the Cantonese school of thought, the duo of steamed chicken
and minced pork wantans with Chinese baby milk cabbage in broth should be familiar to most of us who grew up feasting on them. Their perennial goodness practically hark back to the days when the former meant a major festival celebration and the latter, a cherished childhood treat. 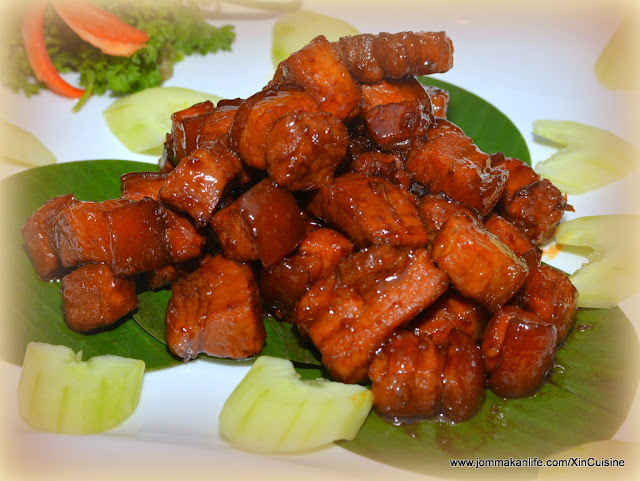 More protein beckoned in the signature dish of stewed pork belly with special sauce. The chunky pieces of pork marbled with layers of fat should appeal to local palates; the unctuous sweet-savoury-tangy coating wreaking happy havoc on the tastebuds. 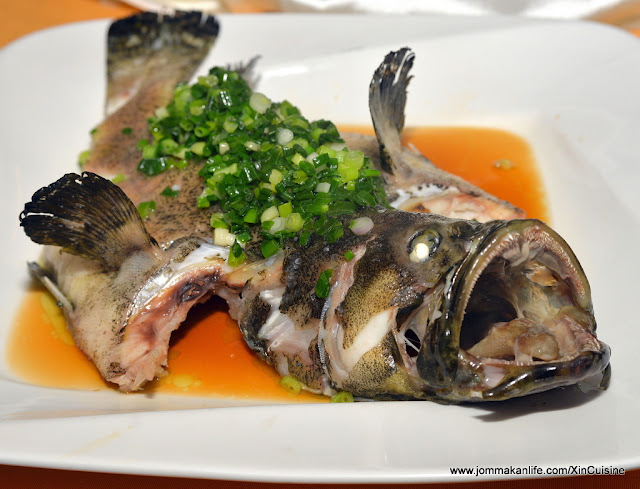 Chinese cuisine fans would be hooked by the splendidly steamed ‘loong fu’ garoupa with superior soya sauce & scallion. A spot on devoid of frills dish which proved the precision of an experienced Chinese chef worth his salt. 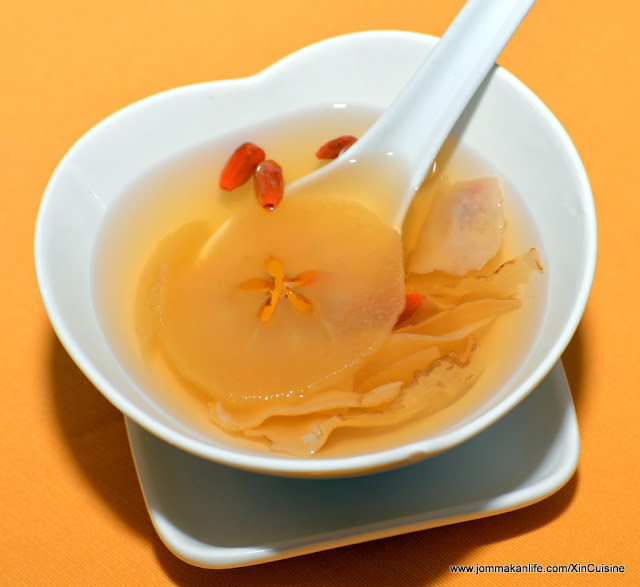 After the onslaught of meat, the light dessert broth of sweetened yuk chuk (Solomon’s seal), lady bell root (a type of Chinese herb), apple & kei chi was a befitting choice to wrap up dinner. Its delicate sweetness was ideal for cleansing the palate from the earlier deluge of heavy flavours. 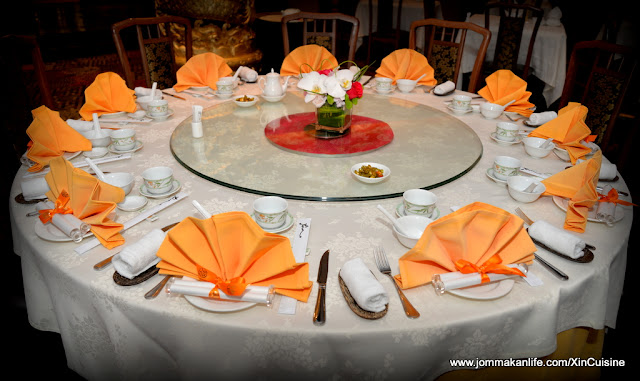 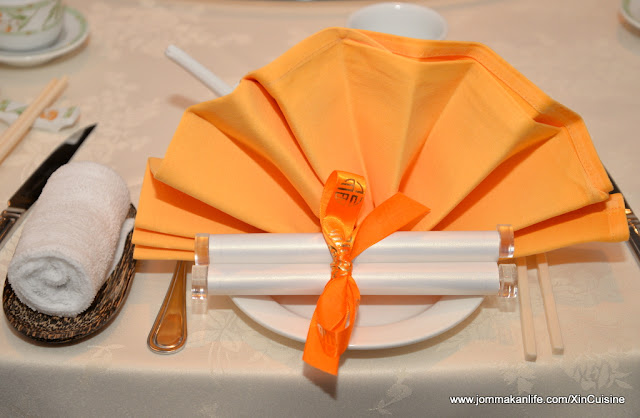 been too long since I last had suckling pig, urghh.

@KY - I'm sure you'd be to taste some since CNY previews are around the corner. :)