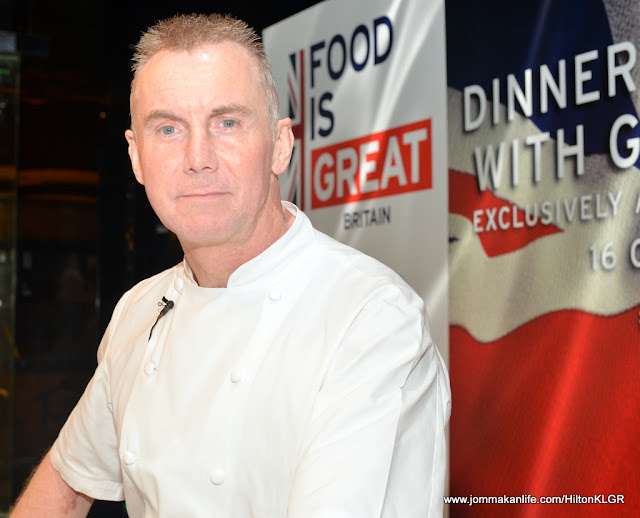 Chef, restaurateur and author Gary Rhodes is United Kingdom’s first Michelin-star chef but he has none of the airs and snootiness often associated with celeb chefs. Hailed by his peers as the chef’s chef, Rhodes is a proud ambassador of the Great British Classics. With a sterling career record spanning over three decades, Gary Rhodes showed his culinary firepower at Hilton KL recently for An Evening with Gary Rhodes at LeveL7even. 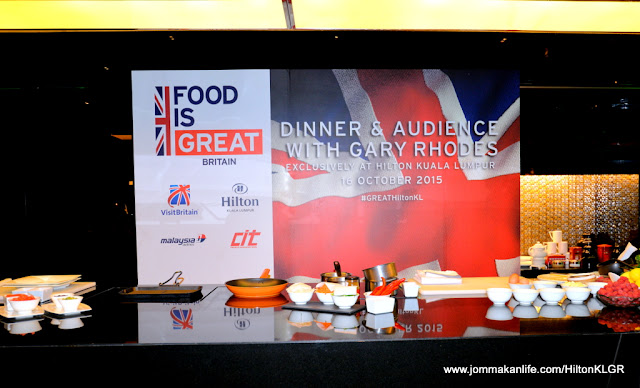 The prolific Rhodes was brought in by Visit Britain for the GREAT Britain campaign where he held court at several events in collaboration with Hilton KL Executive Chef Warren Brown, to showcase the best of British culinary. 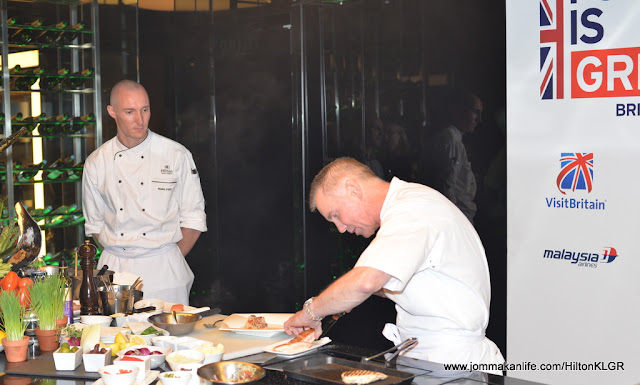 During the glitzy dinner which was graced by the British High Commissioner, Rhodes coolly demonstrated three signature dishes to a rapt audience at the hotel show kitchen. He repeatedly emphasised on the importance of fresh produce and the need to keep things simple throughout the session. 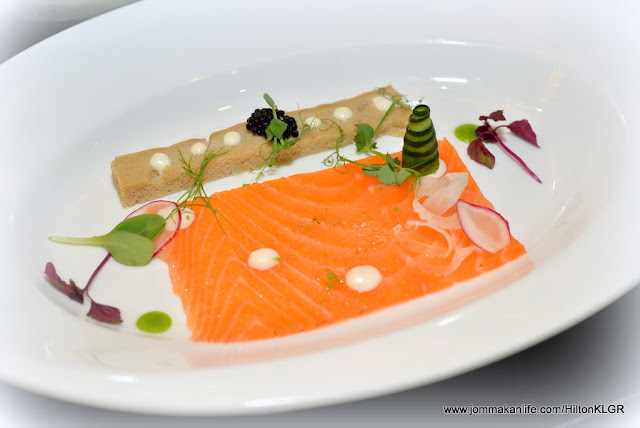 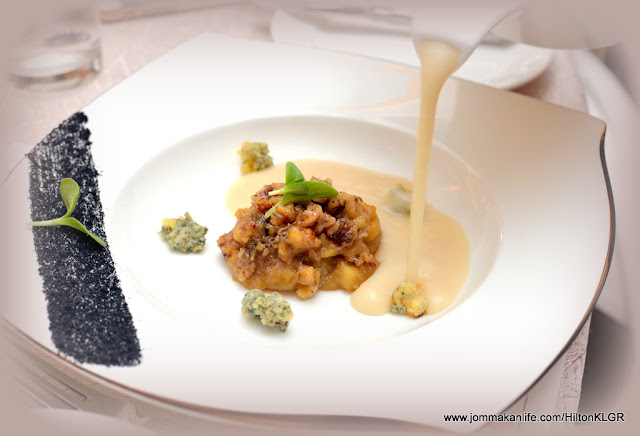 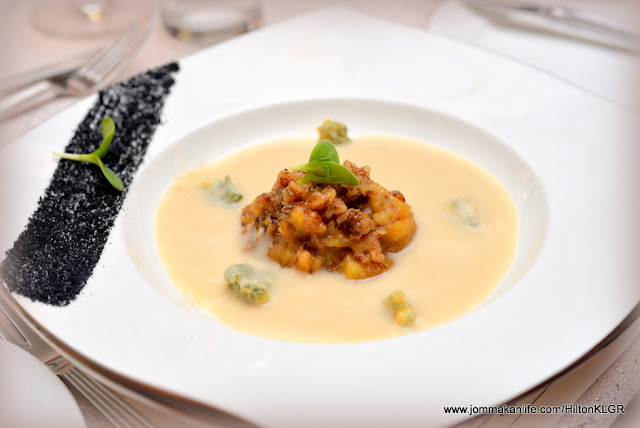 Bold, big flavours beckoned from The Ground – organic celeriac soup poured into a deep dish of caramelised apple and walnut timbale, sprinkled with stilton crumble. I was smitten by the sharp, feisty taste of the English blue veined cheese which was well-matched with Oahu Vineyards Magenta Rosé 2011 from NZ’s Kapiti Coast. 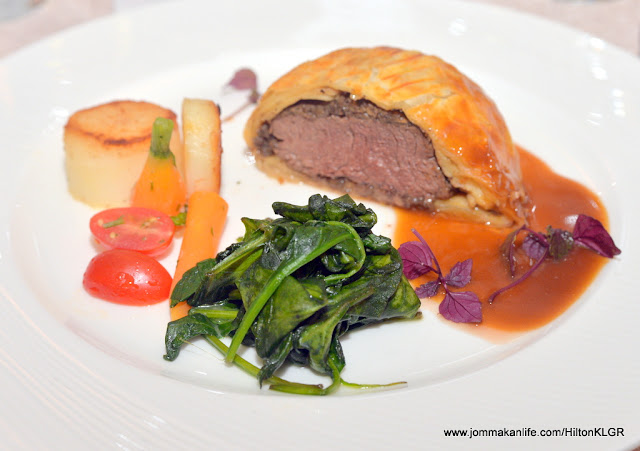 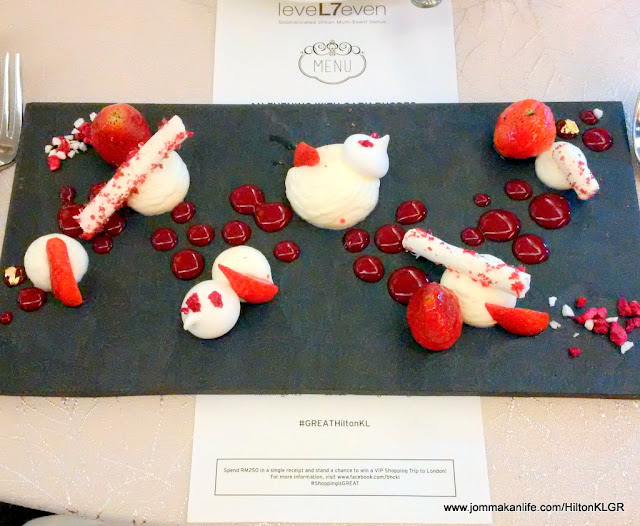 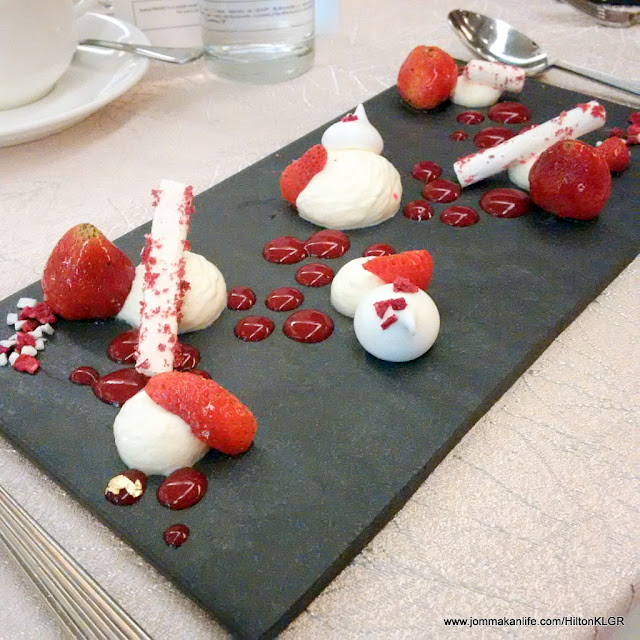 Evoking a sense of dry British humour, dessert was simply called The Mess. Presented on a slate platter, we felt like kids playing with our ‘deconstructed’ Eton Mess. A treat dating back to the 19th century comprising fresh strawberries, dainty meringue, dollops of cream and strawberry purée, it made us chuckled when the wine bore an equally funny name – Wooing Tree Tickled Pink Late Harvest Pinot Noir 2012 from Central Otago, NZ.  Gorgeously supple with a lingering finish, the tipple was actually berry good. 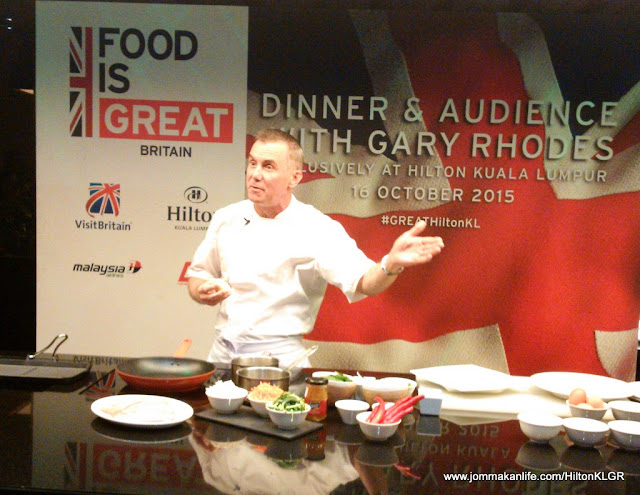 It was an evening well spent as Rhodes had everyone eating out of his hand; he charmed one and all with his witty repartee and left an indelibly GREAT impression on us.
at December 05, 2015