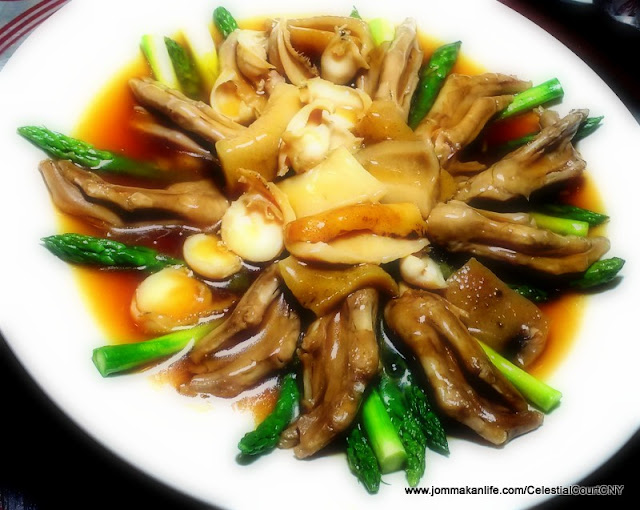 Braised goose webs ain’t a mainstream dish one finds in KL especially during Chinese New Year (CNY). So it was a mind-blowing moment when I bit into the Braised 20 Head Green Lip Abalone with Goose Web & Sea Cucumber and Superior Brown Sauce at Celestial Court. 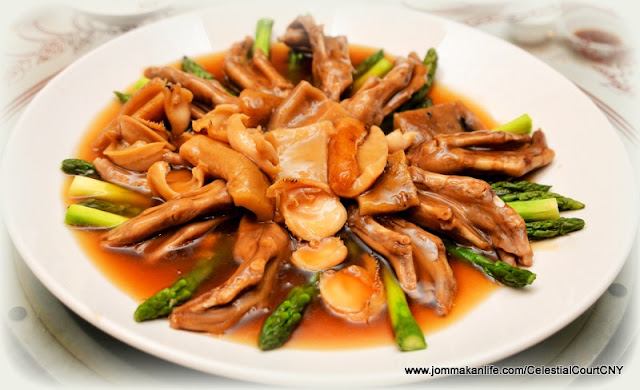 Granted, goose web like duck’s tongue is kinda bizarre to eat but heck, I’m Chinese so I consider them real delicacies. Frankly, I was more smitten by the fall-of-the-bone tender goose web skin at dinner compared to the abalone. The rich brown sauce was par excellence too. 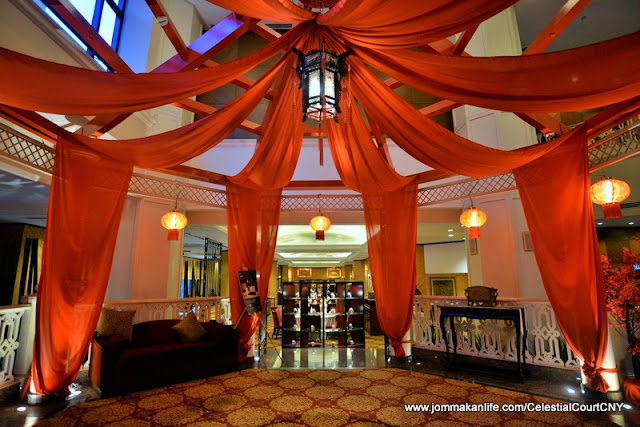 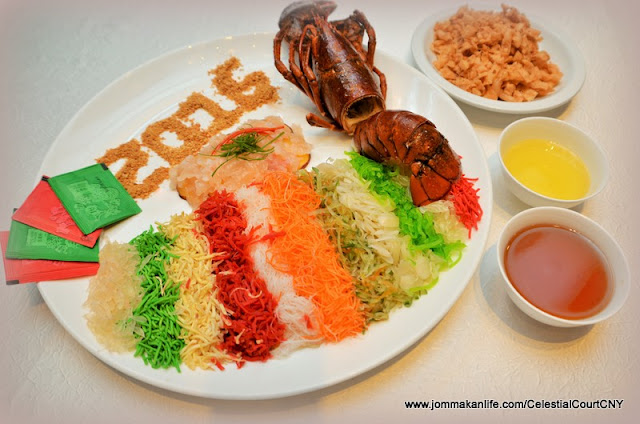 The show-stealer was one of the many dishes we sampled when Sheraton Imperial KL hosted us to a preview of their CNY specialities. Earlier, we had a rousing start, creating much astir with Boston Lobster Yu Sheng with Banana and Chinese Pear (RM250 half portion, RM500 for full portion). 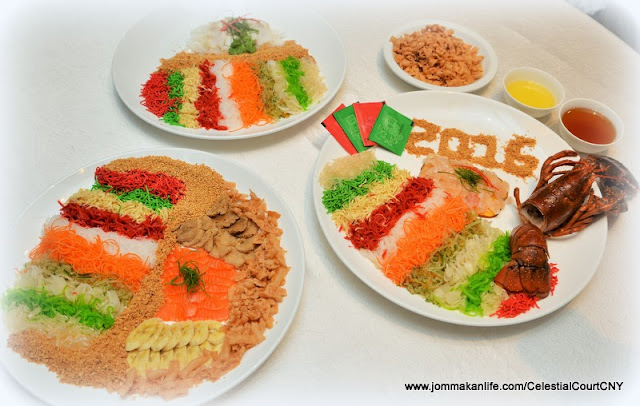 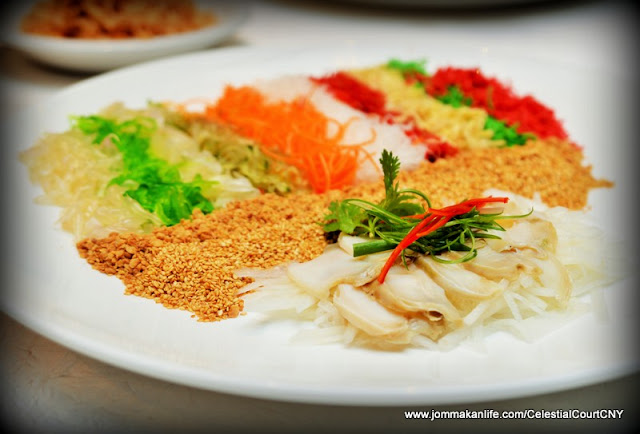 Executive Chinese Chef Vincent Loo and Dim Sum Chef Ken Liew pulled out the stops, creating an array of festive dishes including seven types of Yu Sheng. Quirky as it may seem, the addition of banana works unexpectedly well with the colourful salad. 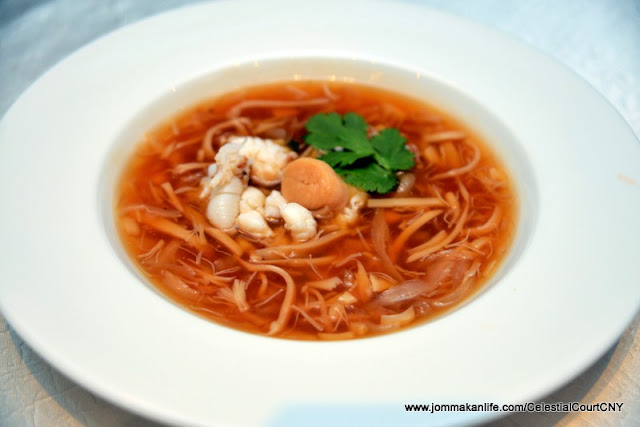 Seafood also dominated most of the night’s menu but nobody minded. We lapped up every drop of the Thick Broth with Baby Lobster Meat, Shredded Jade Abalone, Dried Scallop & Sea Cucumber although I personally found it too salty for my liking. Apart from that minor grouse, the strips of seafood in the soup were welcomed by all and sundry. 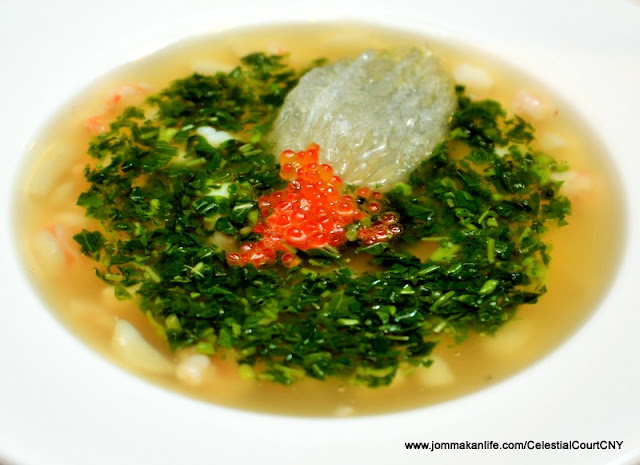 The Braised Superior Bird’s Nest Broth with Assorted Seafood & Spinach fared better, colour and taste-wise. Having bird’s nest in savoury soup was a novel albeit agreeable idea as the pricey ingredient brought a touch of luxe to the meal. 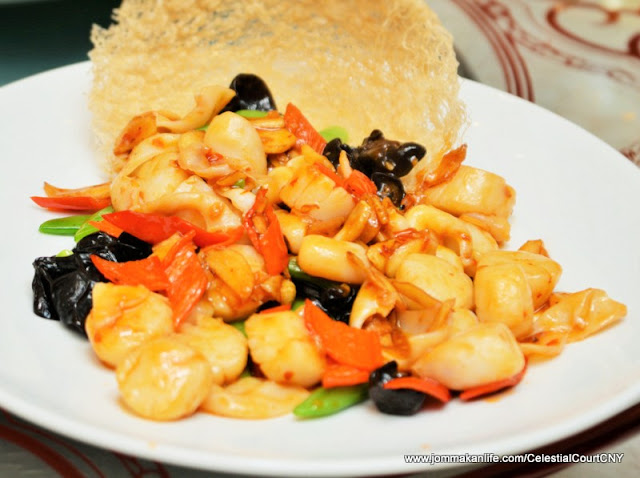 Red-hot chilli heat singed our tongues lightly as we delved into the plate of Sautéed Fresh Scallops and Sliced Cuttlefish with Flower Fungus and Garden Greens in Spicy Beijing Sauce. A rave-worthy dish with delightful textural contrasts and light but assertive accents. 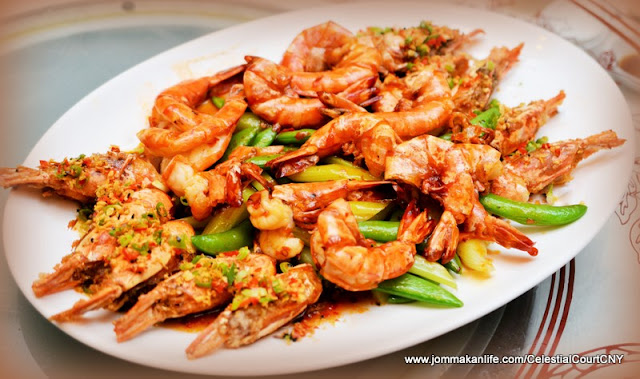 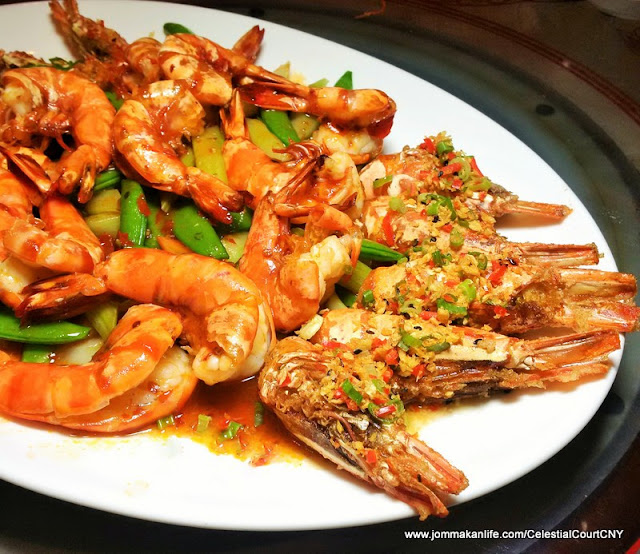 Similarly, the Dual Combination of Tiger King Prawns: Deep-fried with Spicy Chilli Salt and Sautéed Sichuanese Style left an indelible impression. Springy to the bite, the prawns retained their natural sweetness amidst the strongly flavoured seasoning. Crunchy snow peas were the vegetable du jour to lessen the guilt factor. 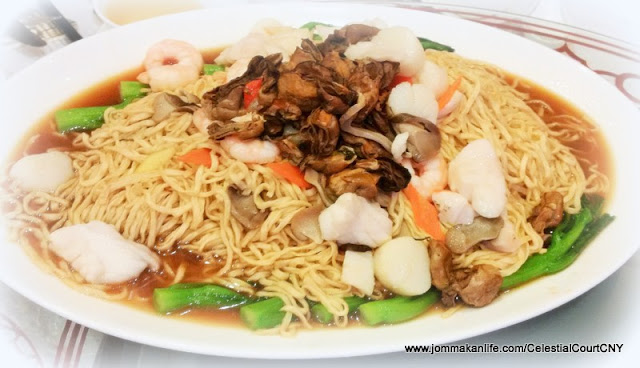 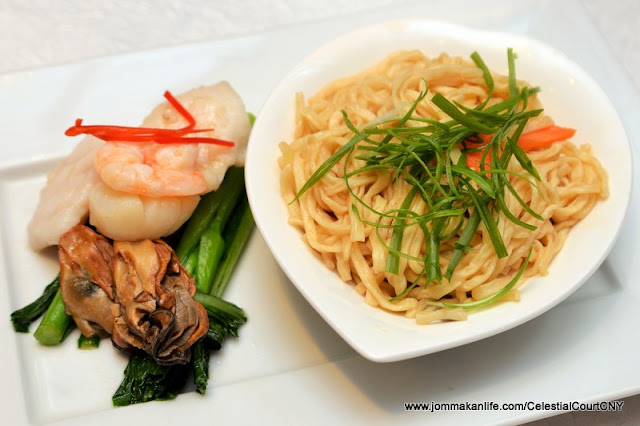 Much as we enjoyed the Braised Ee Fu Noodles with Seafood, Dried Oysters and Beansprout in Abalone Sauce, the metallic fishy overtone of the dried oysters tasted at odds with the overall flavour palette which was subtler and more delicate. 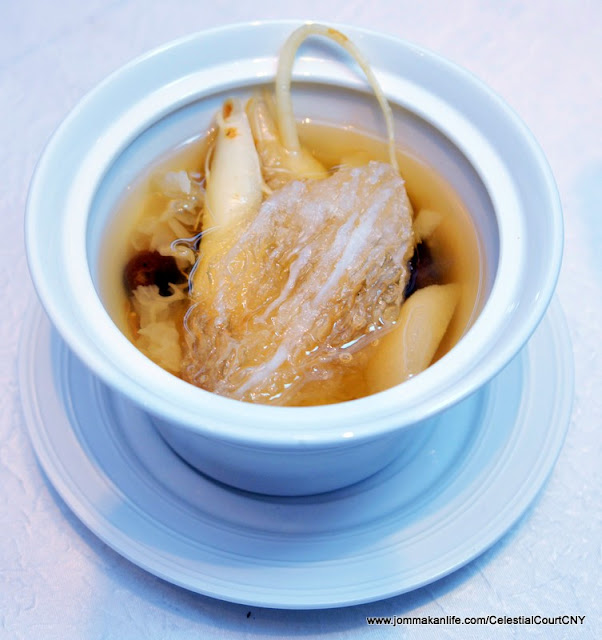 Still, the premium dessert of Double-boiled Bird’s Nest with Red Dates, Sweet Pear, White Ginseng & Snow Fungus more than made up for the minor hiccup. The faintly bittersweet herbal nuance was amply tempered by other sweeter niceties so everyone left happily ever after. 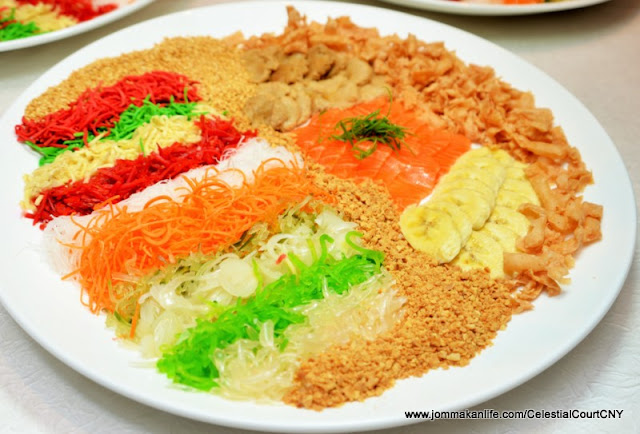