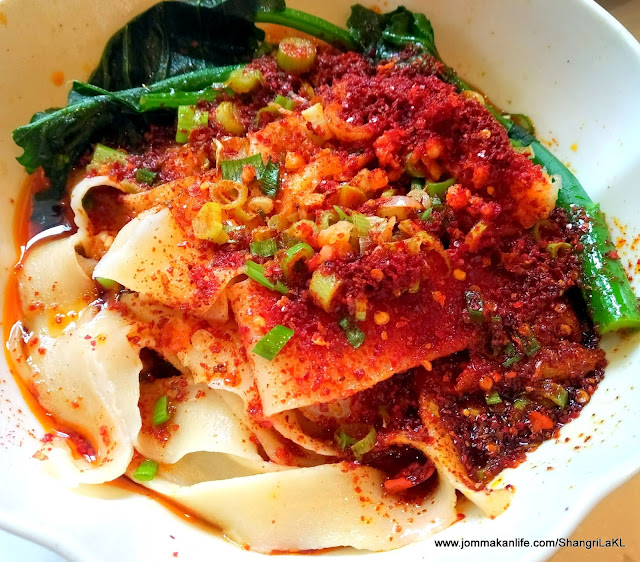 The city of Xi’an in the northwestern region of China isn’t famous only for its terracotta warriors. ‘La mian’ or hand-pulled noodles especially biang biang noodles tossed in chilli oil and a generous blend of chilli, Sichuan peppercorns, cumin and aromatic spices is also a major draw. 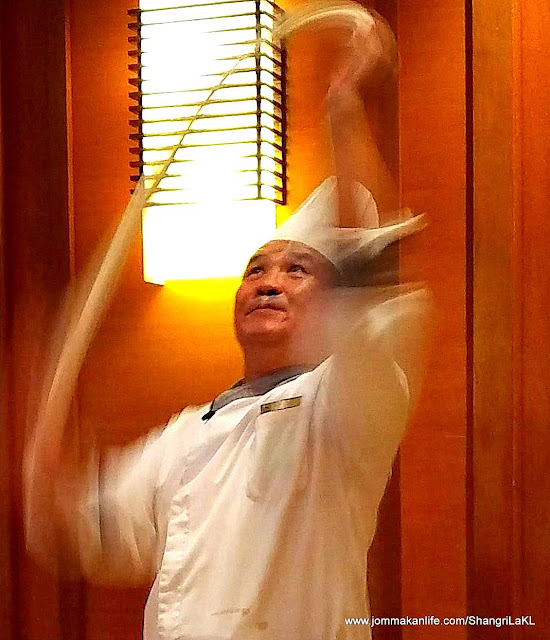 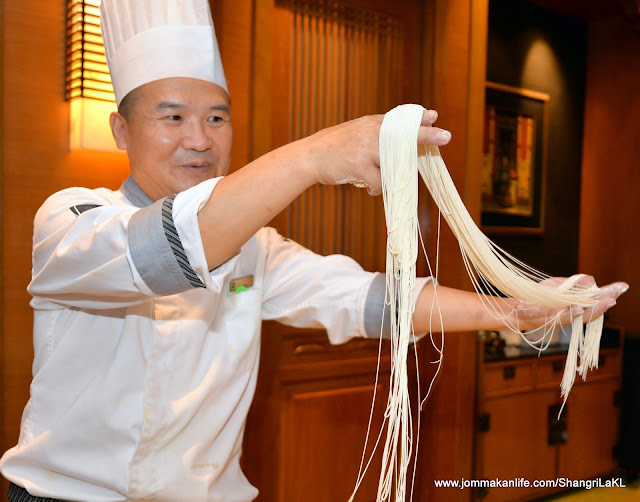 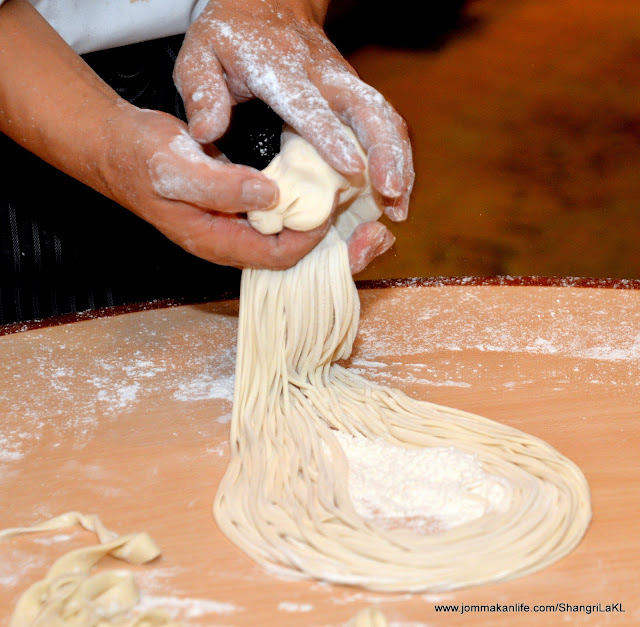 Chef Wang Quan who started his career at Bell Tower Hotel Xi’an in 1989, is adept in Shaanxi local dishes as well as Cantonese and Sichuanese cuisine. Having worked his way up the kitchen ranks, Chef Wang was previously with Shangri-La Golden Flower Hotel, Xi’an until 2007. Currently, he is the Guest Service Leader at Yi Café Kitchen, Shangri-La Hotel, Xi’an. 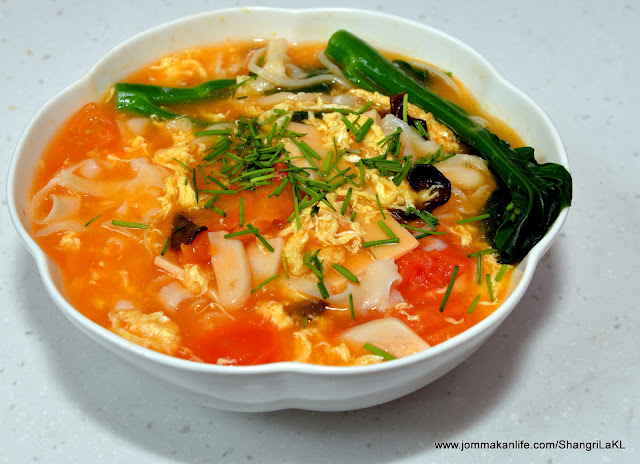 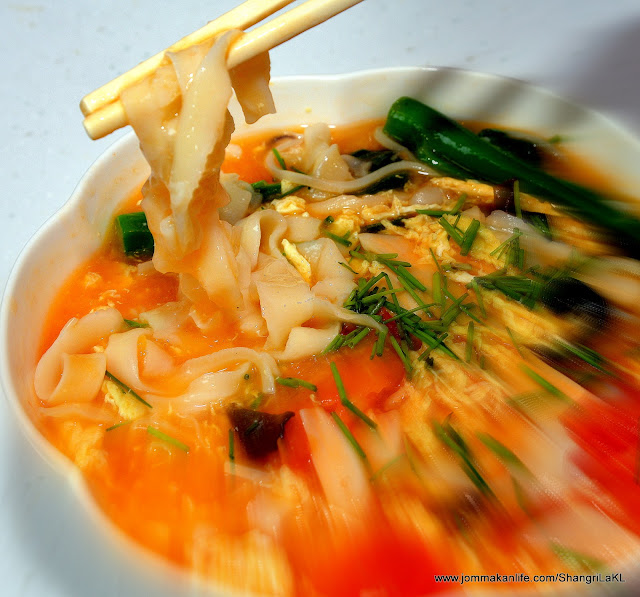 For the Shang Palace showcase, the la mian sifu proffers eight speciality hand-pulled noodle dishes. Although most of the offerings tend to slant towards the hot and spicy spectrum, the Dry Noodles with Tomato and Eggs (RM38) proves to be an exception. In this instance, the smooth noodles in the eggy-rich, delicate sweet-savoury broth went down well as a nice counterpoint to more feisty hot versions like the Spicy Chicken Noodle Soup (RM38). 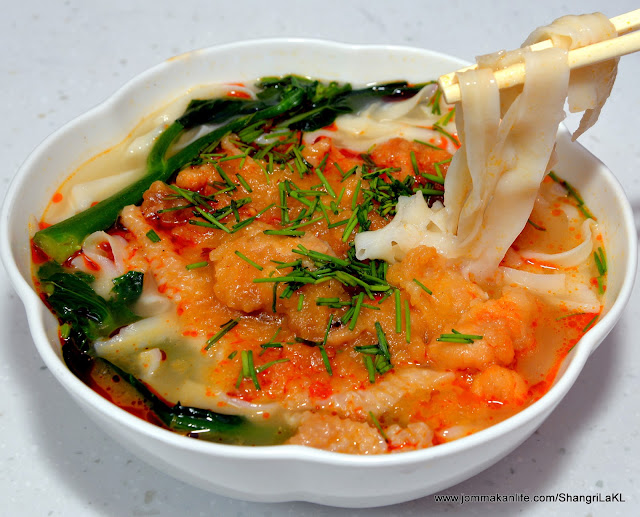 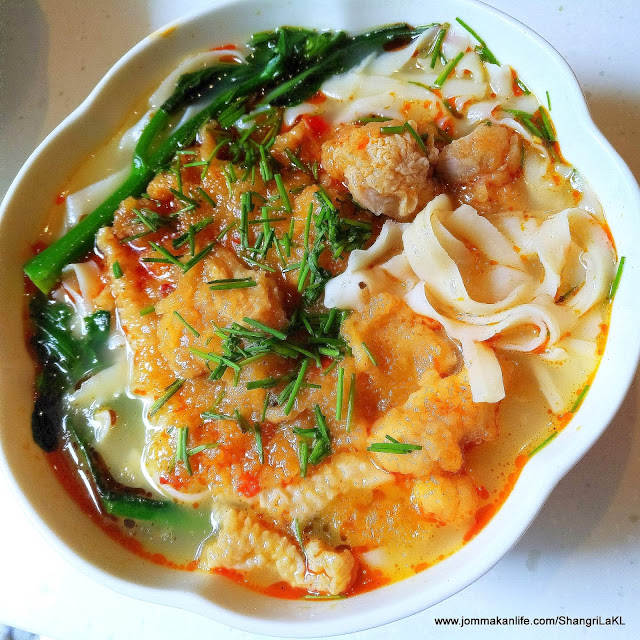 We were surprised by the unexpectedly burst of fiery-hotness from this deceptively plain soupy noodles which came topped with chunks of fried chicken, leafy greens and chives. 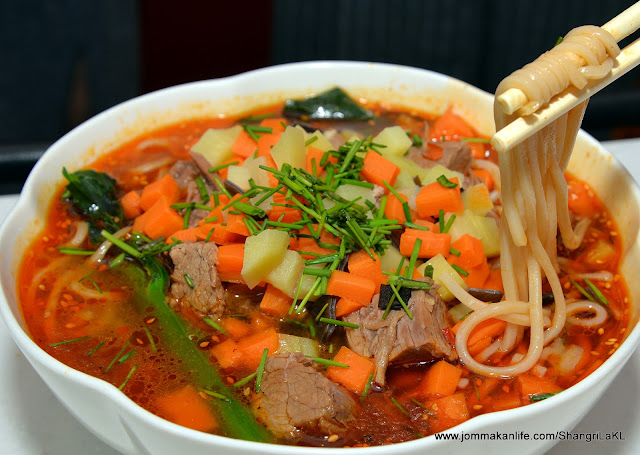 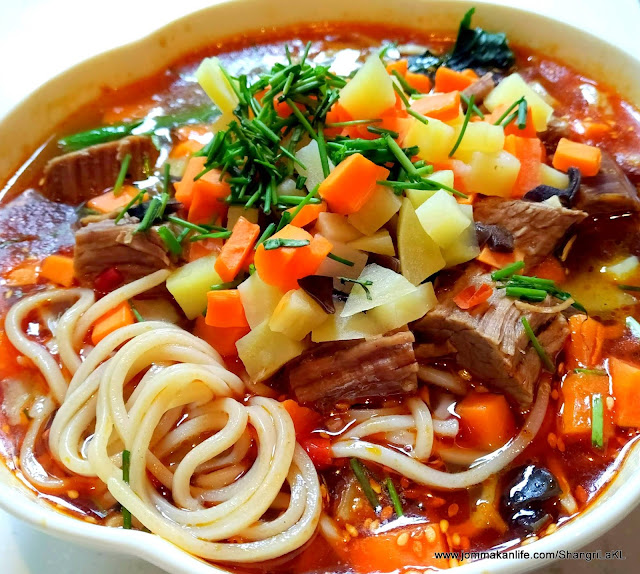 More robust flavours can be found in the Hand-Pulled Noodles with Braised Beef Soup (RM160). Fine dices of potato and carrot alongside cubes of braised beef lent appealing substance to the tantalisingly tangy broth. For this serving, the chef opted for noodle strands instead of flat ribbons. 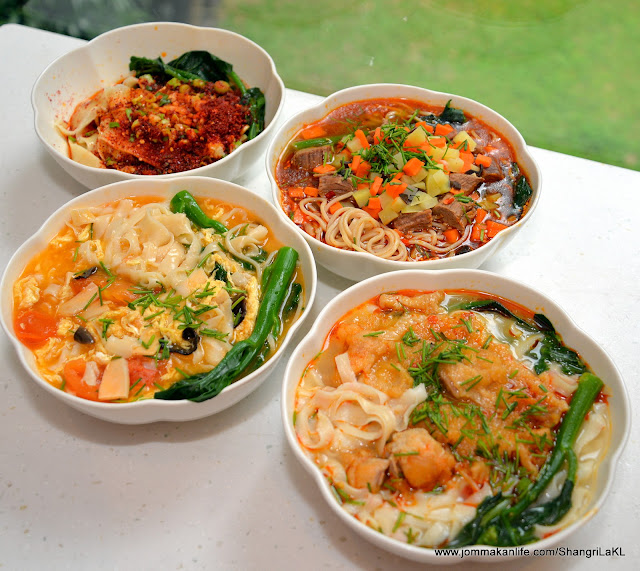