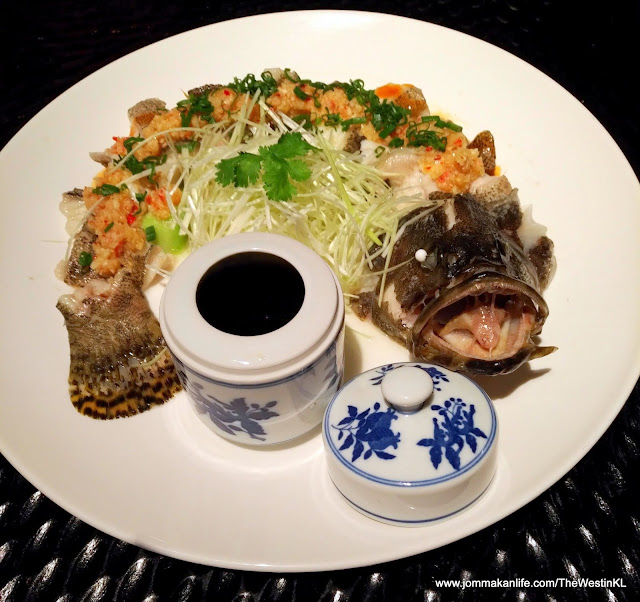 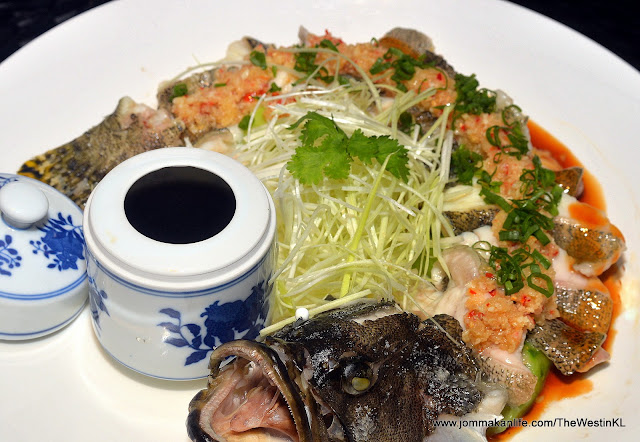 The Signature Steamed Coiling Dragon Grouper with Golden Garlic Sauce is a notable headliner to reel us in. The symphony of garlic and fish jus is on song, the fish doneness satisfyingly on-point. Chunks of ridged gourd soaks up the savoury-sweet sauce. 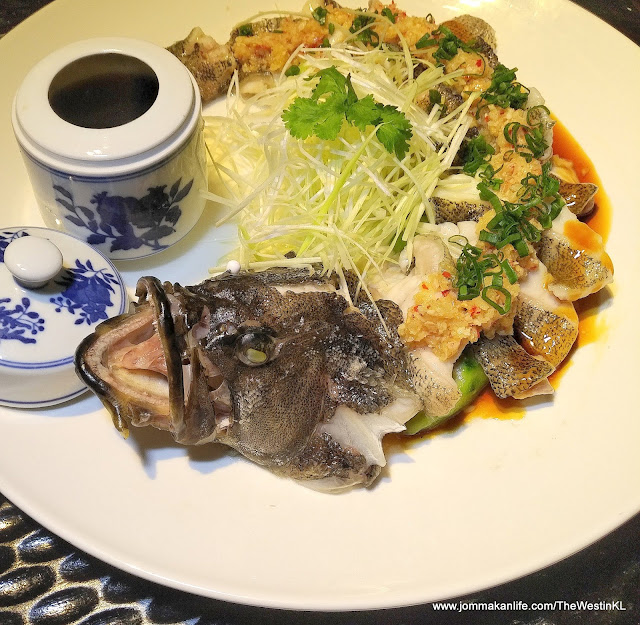 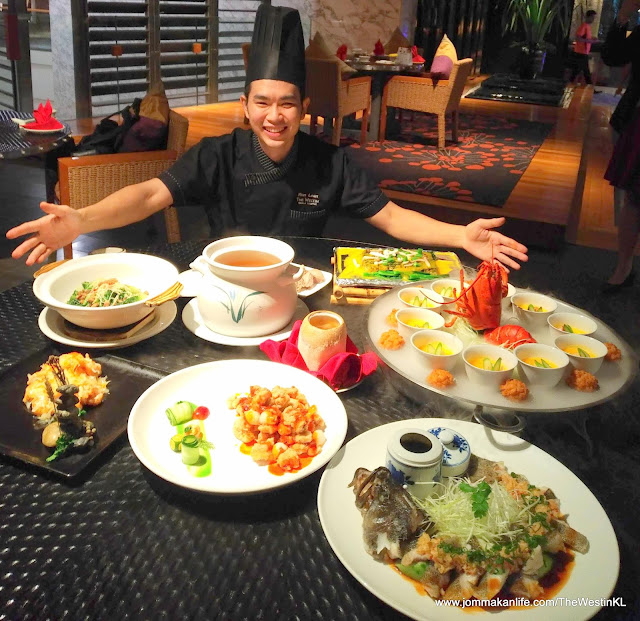 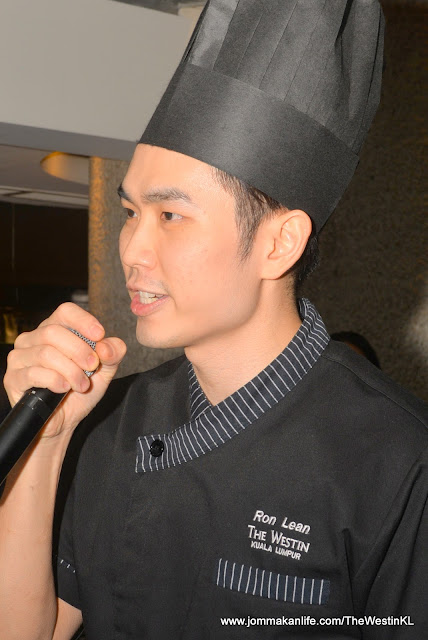 The boyish Perakian chap from Langkap belongs to the new breed of chefs whose 15 years of experience means he’s not only adept in cooking but also self-assured enough to interact with diners and media. Despite having taken over the mantle a fortnight ago, Lean confidently deals with the barrage of questions posed to him. Perhaps past stints in Australia and international hotels in KL helped to dial up his game. 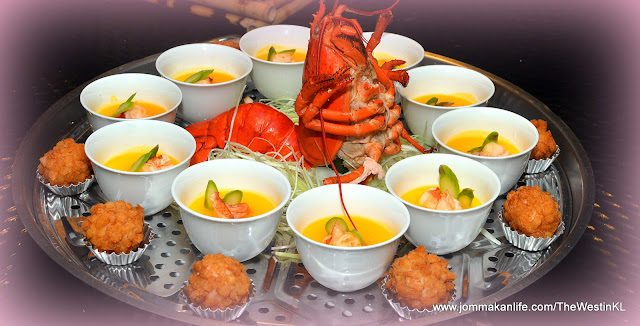 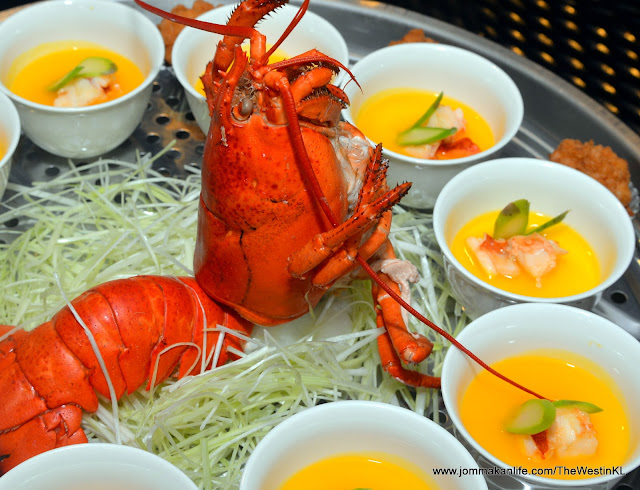 Back to his culinary largesse, Lean’s showboating commences with an impressive dual-prep lobster platter comprising Deep Fried Lobster Balls and Lobster Steamed with Egg. A speciality best pre-ordered in advance, the lobster balls hit the spot yet a zingy dip of sorts won’t be remiss. 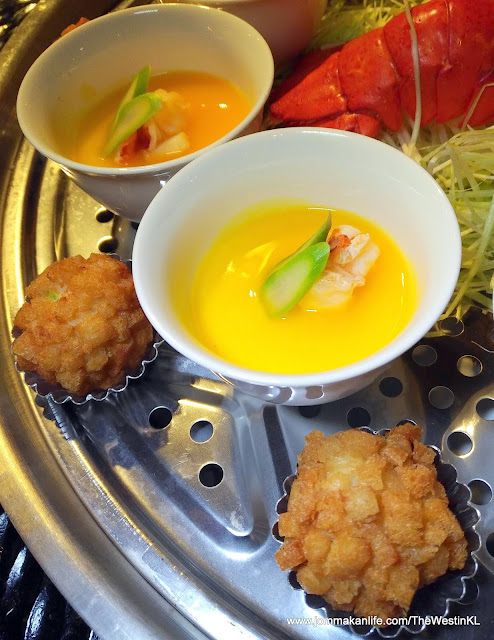 Despite bearing a layer of golden yellow sauce (a blend of pumpkin, carrot and celery juice) and a bite-size cube of lobster meat on top, the steamed egg tastes underwhelming. IMHO, the flavour quotient is far too delicate to excite tastebuds attuned to strong, robust flavours. 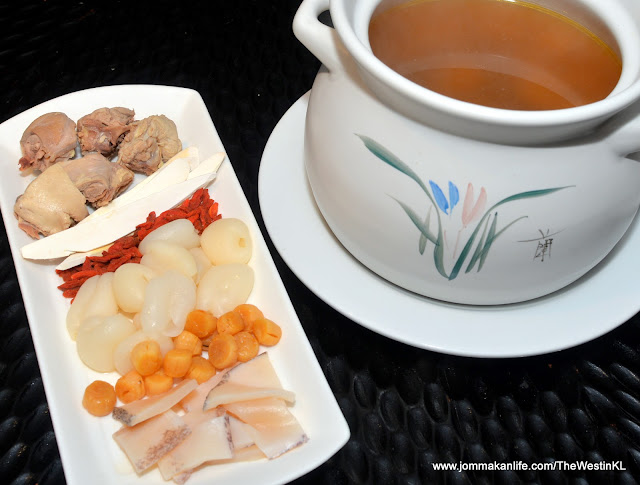 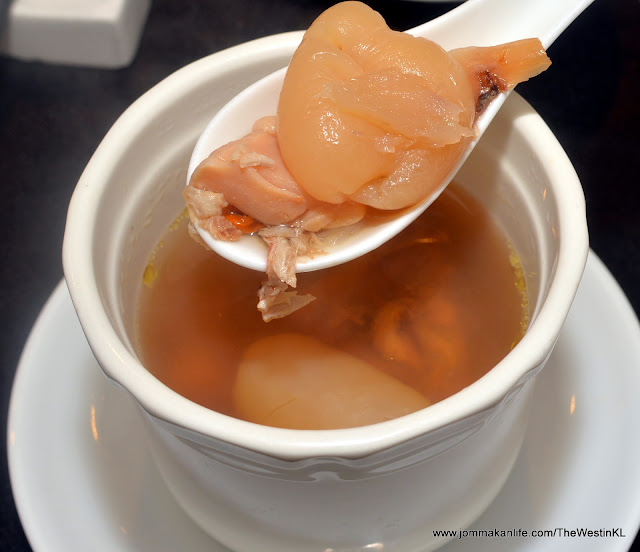 Wading into the limelight is a notable Double Stewed Rambutan, Chicken, Crabmeat and Scallop. Lean assures us the palate-pleasing soup harks back to homey, comforting concoctions of yesteryear — he has merely used his own selection of ingredients including wolfberries and topshell to rachet up the soulful nuances. 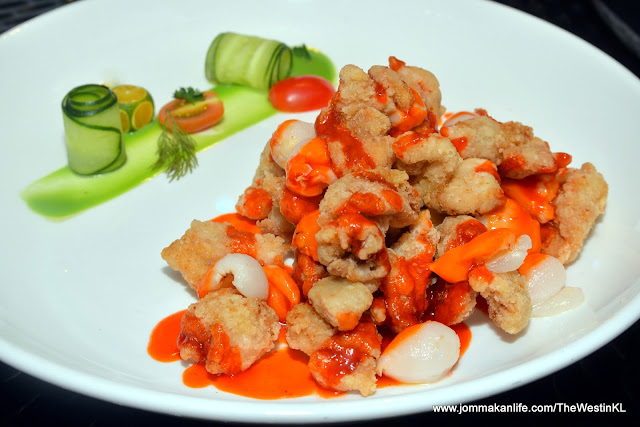 Do you know the classic dish of sweet and sour pork – in this case it’s chicken – is originally from Fuzhou? It’s such a beloved Chinese speciality that any Chinese restaurant worth its salt is often judged by how well it can handle sweet and sour pork/chicken. In Lean’s case, he opts to return to the trad recipe in which hawthorn juice is one of the key components to making the sauce for his Fuzhou Litchi Sweet and Sour Chicken. 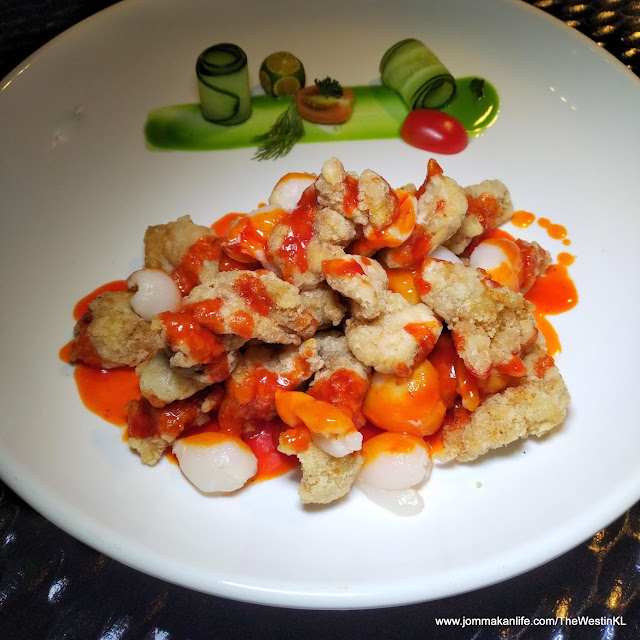 Instead of run-of-the-mill tomato and chilli sauces, the tangy-sweet sauce coating the crisp battered nuggets of fried chicken is muted by comparison. It may take some getting used to but perhaps such sedate sauciness is a nod to today’s healthful low-sodium, low-sugar dietary approach. 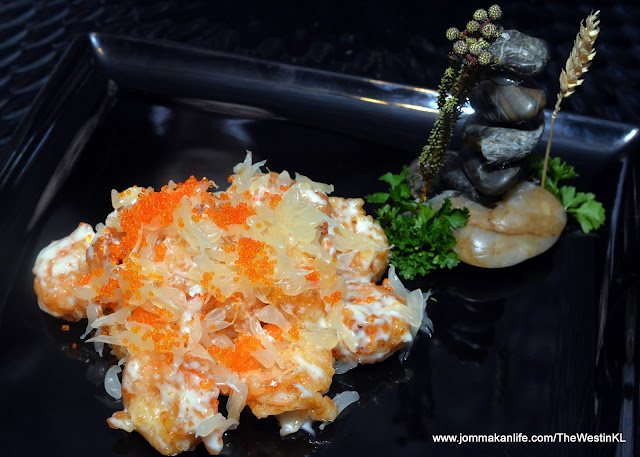 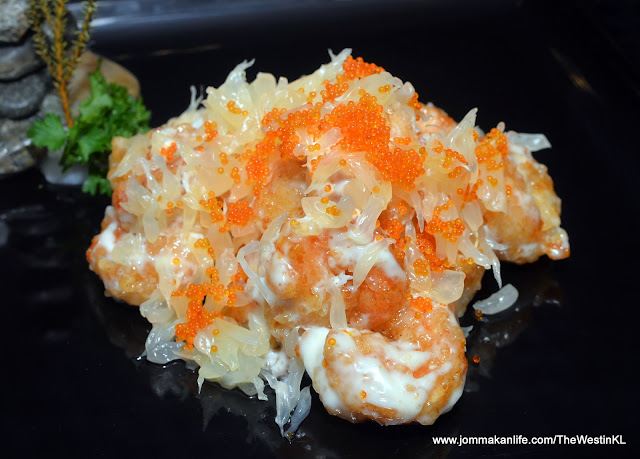 The Pomelo Crispy Prawns with Homemade Sauce treads a similarly muted flavour pathway. Texture-wise the prawns are on-point, with juicy burst of fresh astringency coming from pomelo sacs. However, a little more zestiness to the creamy mayo, egg white and mango sauce would do the offering greater justice. 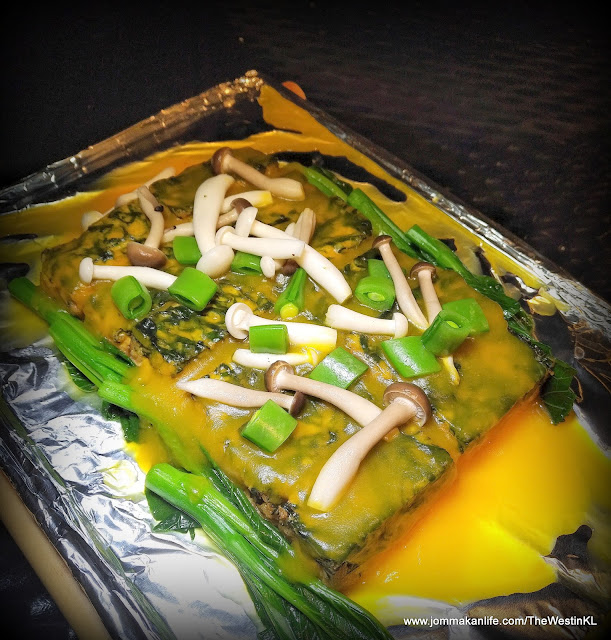 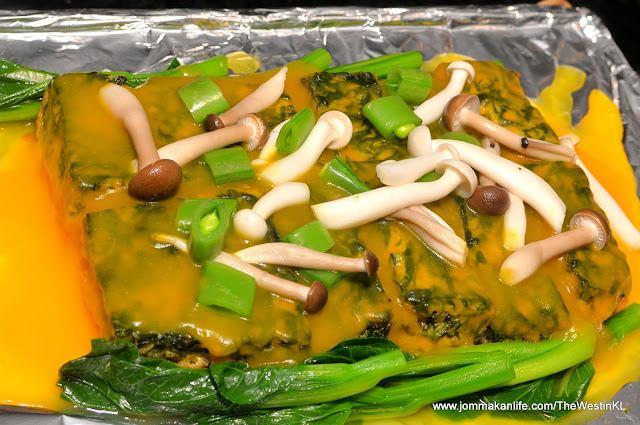 Lightly doused in a mixture of pumpkin and chicken stock, the Braised Shimeiji Mushroom with Homemade Spinach Bean Curd hit the spot for us. A surefire crowd-pleaser that ticks all the right boxes. 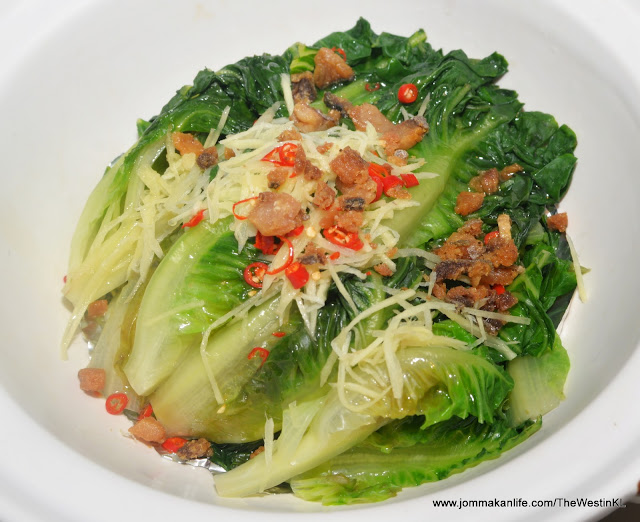 Although the intention of using a claypot to retain heat is commendable, I personally prefer the Stir Fried Romaine Lettuce with Salted Fish to be stir-fried, lightning-quick. Serving the greens in the claypot wilts and leaves the greens unappetisingly limp. 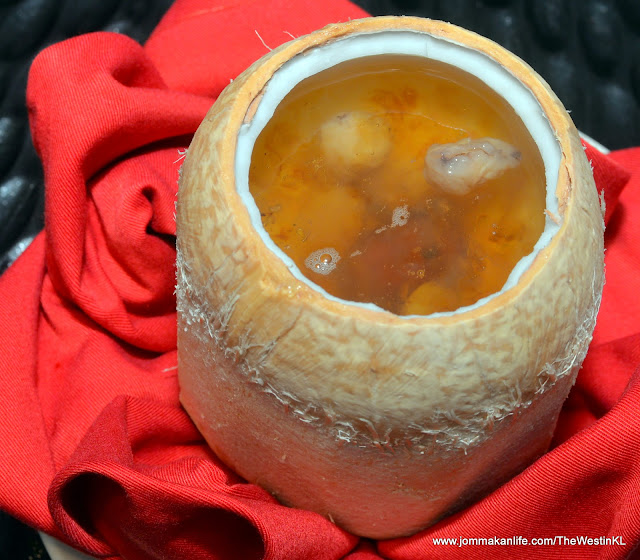 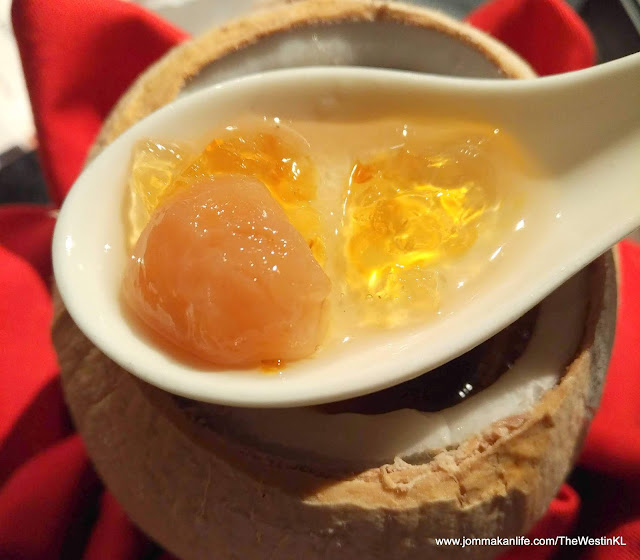 The last hurrah of Chilled Peach Gum Soup with Red Dates and Longan in Coconut comes in a whole coconut. Can’t fault the pleasantly cool and mildly sweet finale to wrap up the debut of a new ‘sifu’ at Five Sen5es.