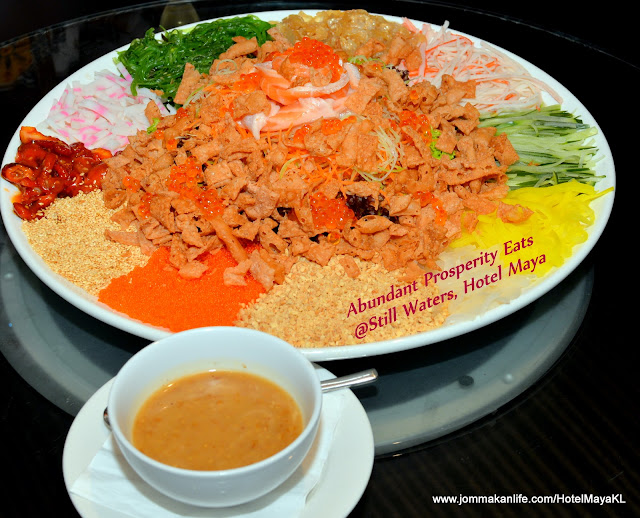 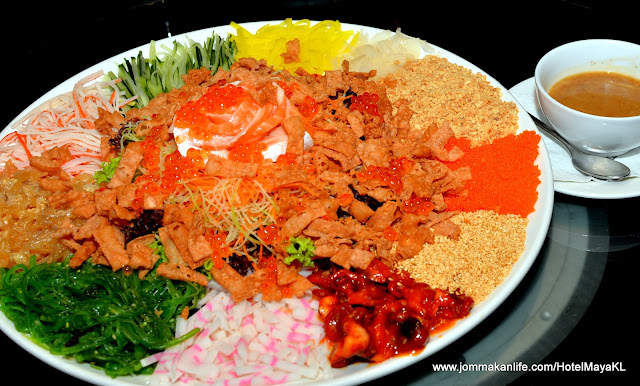 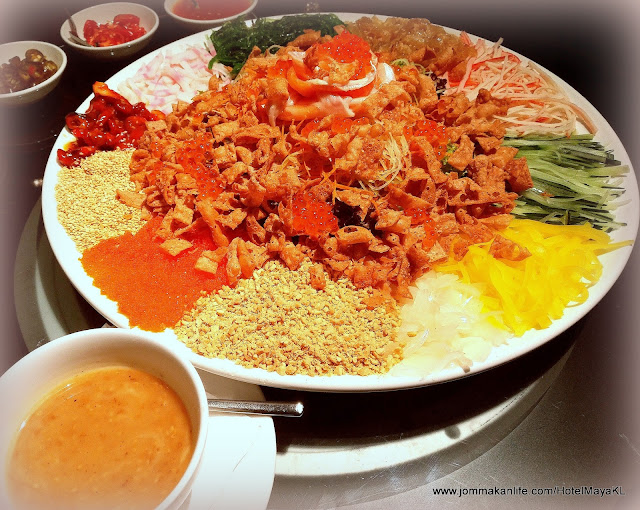 Once tossed and mixed together, the resultant salad is enticingly refreshing; a vibrant platter of moist, crunchy textures with vivid, palate-pleasing accents.
Priced from RM43 upwards (half serving) and from RM78 upwards (full serving), Still Waters will be offering other variants of Yee Sang: Kanpachi (yellowtail), Salmon, Crispy Silver Fish and Jelly Fish from 10 January to 10 February. 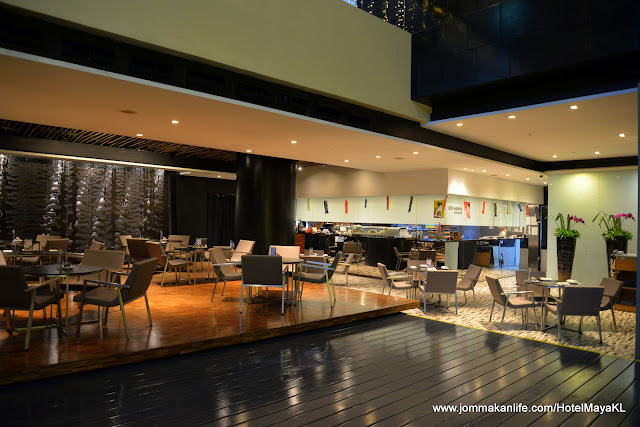 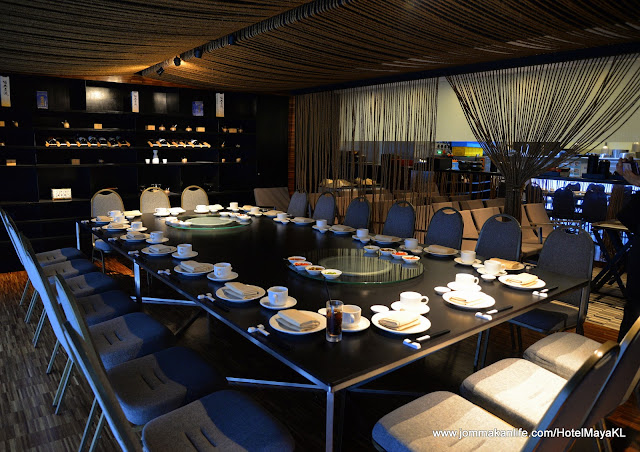 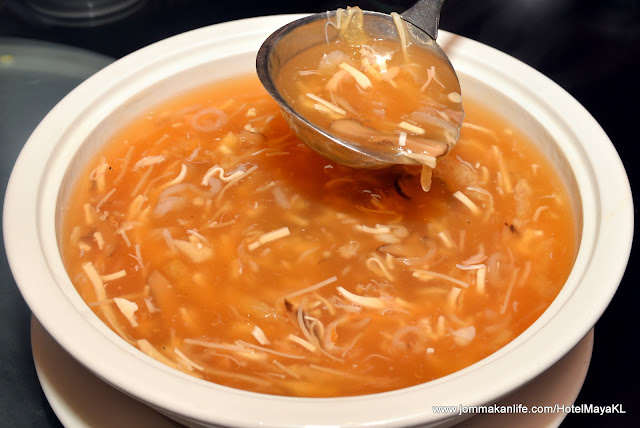 Our sneak preview gave us a taste of selected dishes from the three special menus, starting with Braised Eight Treasure Soup. After the salad’s appetite-whetting flavours, the broth tastes underwhelming in spite of the myriad albeit scant amount of ‘treasures’: sea cucumber, crab meat, fish lips, dried scallop, fish maw, mushroom and beancurd. Chef Wong Thiam Ming promises the shortcoming will be rectified after our feedback. 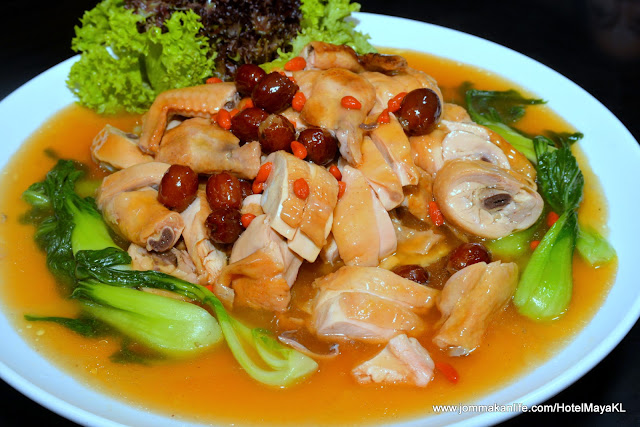 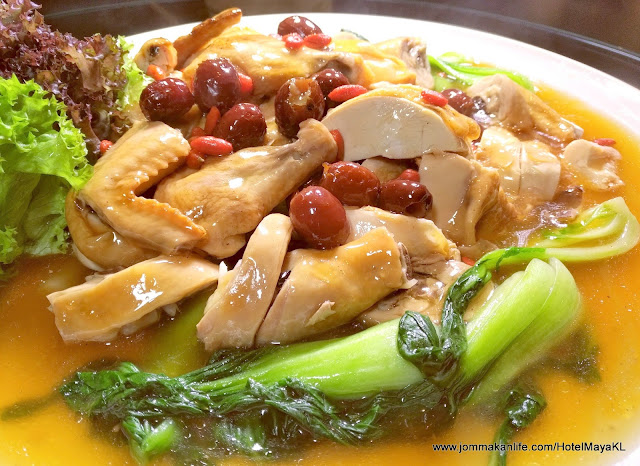 Like a phoenix rising to restore the meal’s equilibrium, the Roast Chicken with Chinese Herbs proved on point. An intensive labour of love, the chicken is ‘bathed’ in oil first before it’s baked and then steamed to tender, juicy perfection. 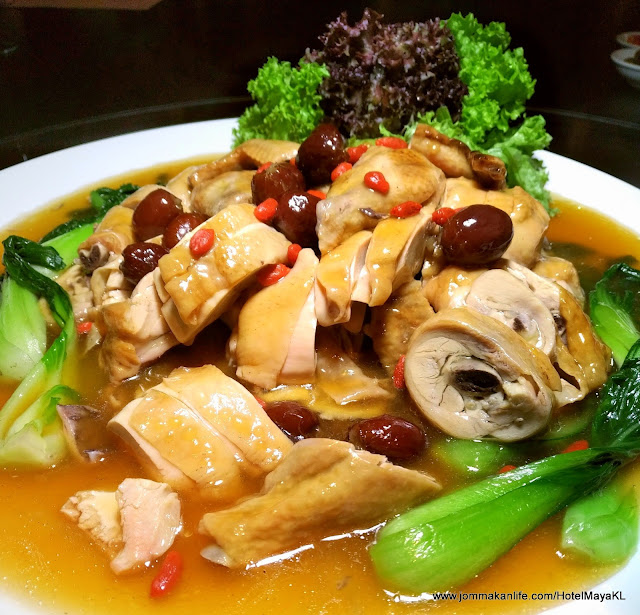 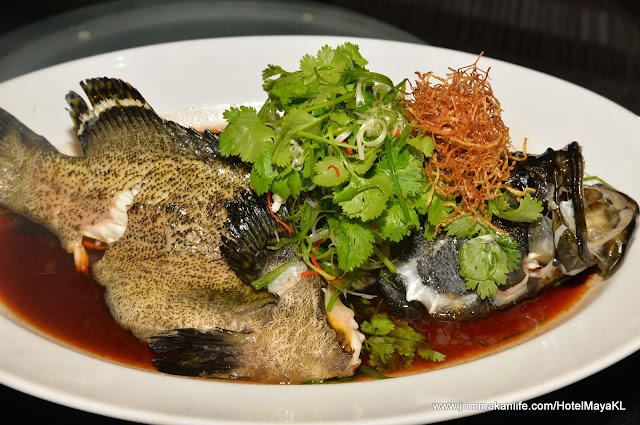 Hondashi (bonito powder) is the chef’s trump card in perking up the Steamed Pearl Garoupa with Mirin Sauce and Scallions. Although the sweetish soya sauce eclipses the fish’s inherent sweetness, the classic soya sauce and scallion pairing remains a failsafe complement for this fleshy catch. 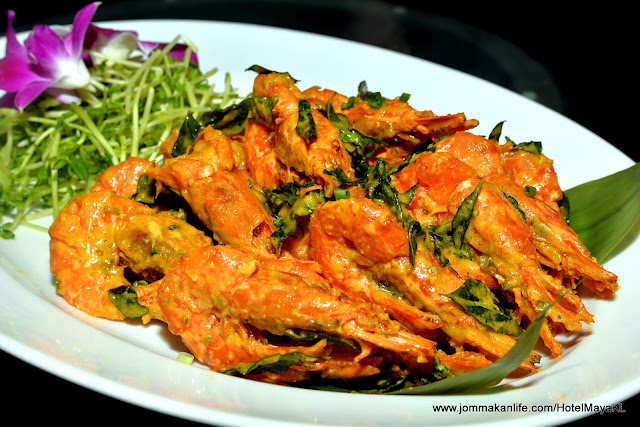 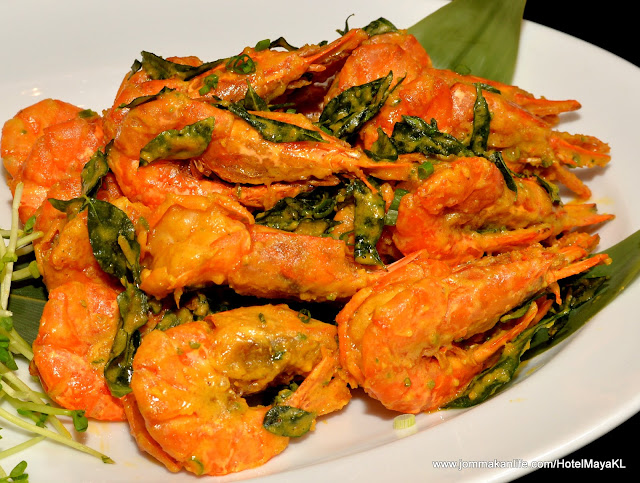 IMHO the the Wok Fried Prawns with Golden Salted Egg Yolk Cereal is rather ho-hum. However, I daresay the curry leaf-scented, creamy and savoury sauce will hit the mark for most CNY celebrants. 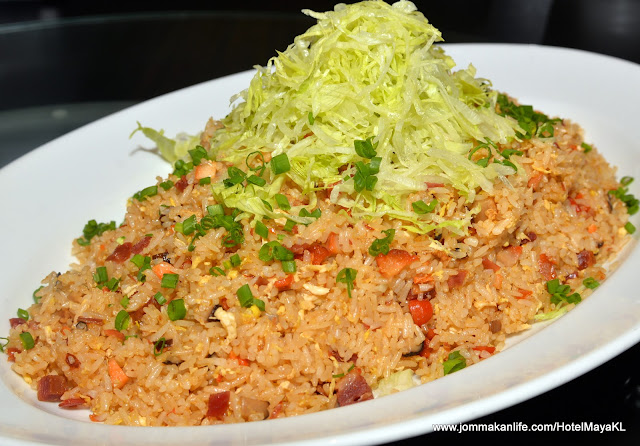 Top marks go to the aromatic Garlic Fried Rice with Dried Duck Meat, Mushroom and Barbeque Chicken. We like the inspired use of dried duck meat dices which added a distinctly rich but not cloying overtone to the rice. A winsome dish to generate a buzz of satisfaction. 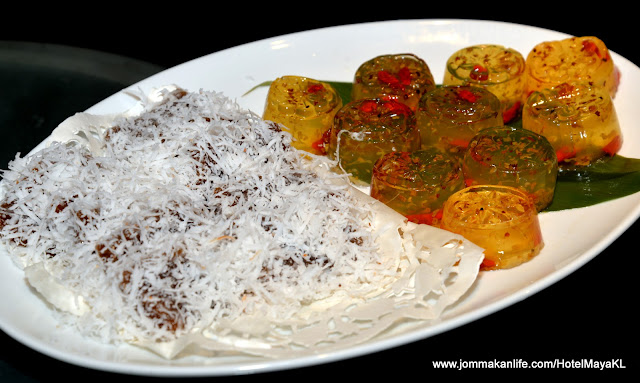 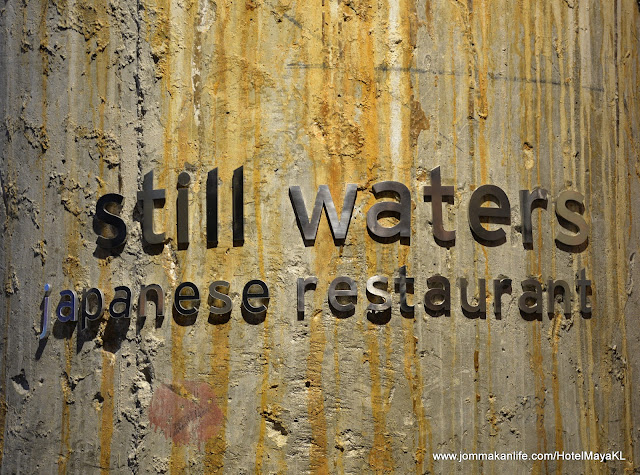 A la carte menu for smaller dining parties are available too.