HOT HITS OF HUNAN AT CHYNNA 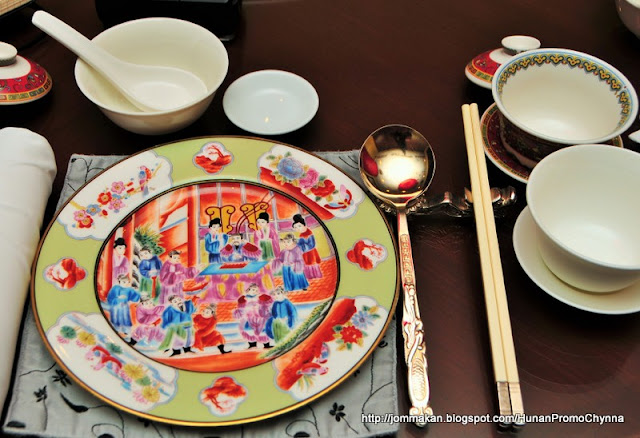 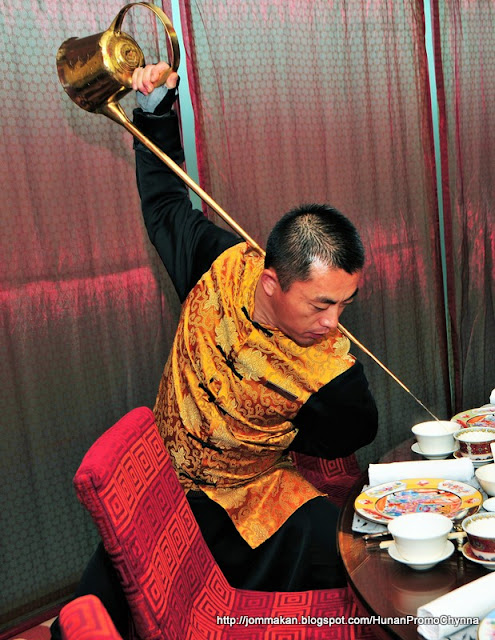 Hunan which means ‘south of the lake’ is the birthplace of Chairman Mao. The age-old ‘land of fish and rice’ province is known for its Xiang cuisine, one of the “Eight Great Traditions” of Chinese gastronomy. Unlike Sichuan’s ma la (tongue-numbing hotness), Hunanese food slants towards xiang la - fragrant and hot flavours through the liberal use of chilli peppers, shallots and garlic. Fresh, dried and pickled chillies bestow bold, bright flavours to Hunanese dishes; often combined with the punchy tartness of vinegar and pickled vegetables, as well as the forthright brininess of fermented laba beans. 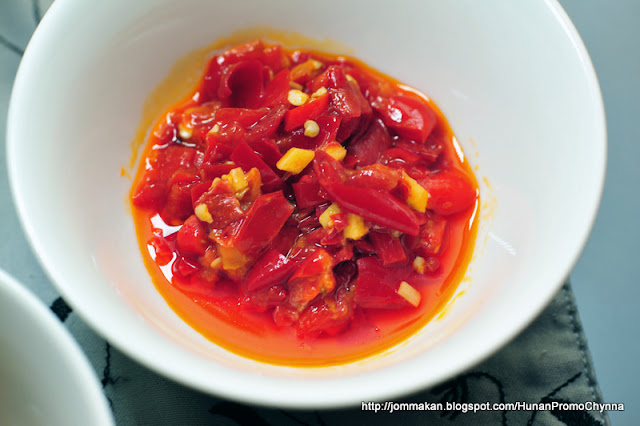 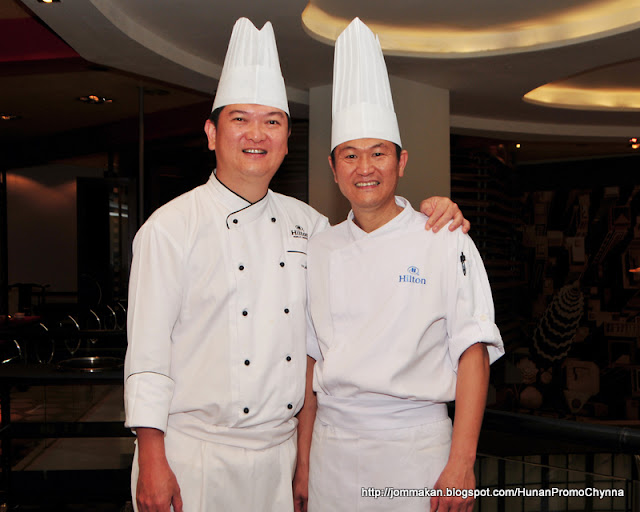 For the Hunan cuisine promotion, guest chef Wang Cheng Chun (right) from the Hilton Shenzhen Shekou Nanhai has been flown in and tasked to present the cuisine's true characteristics at Chynna, Hilton KL. The 30-year old chef from Changsha will collaborate with Chynna’s Executive Chinese Chef Lam Hock Hin to present an a la carte and set menu selection of epicurean Hunanese delights from 25 May to 7 June 2015. 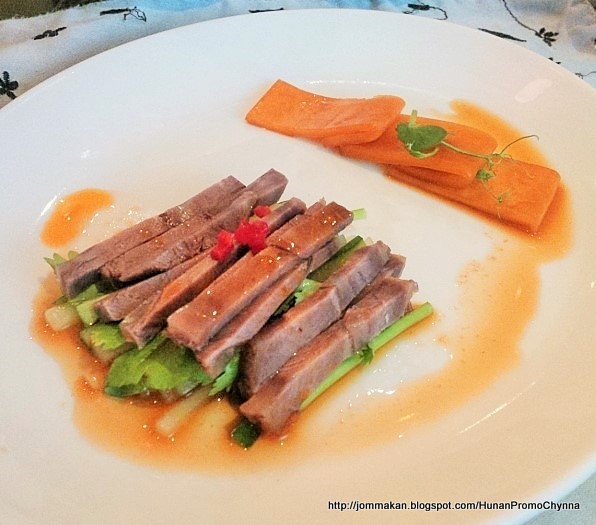 Chef Wang's seven-course set menu (RM220 per person) will take you on an exquisite culinary journey of his native stomping ground. Sliced white radish in briny chilli oil - a popular cold appetiser in Hunan - primed our palate at the start of dinner. The crunchy radish's rounded salty-spicy tastes roused our tastebuds, leaving us eagerly anticipating the arrival of other dishes. 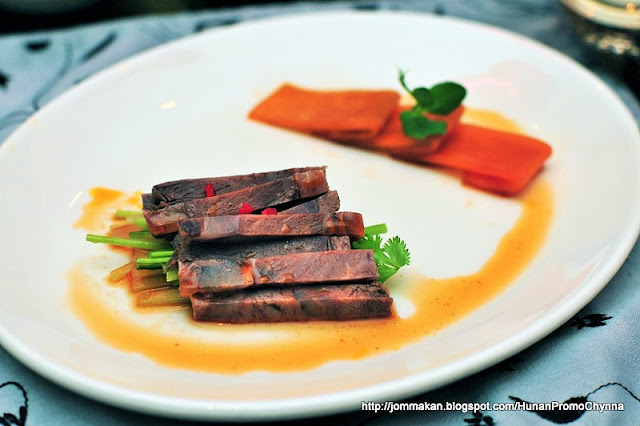 The stewed shank in chilli sauce was a labour of love as it has been steeped in 2.5 hours in a milieu of chillies, spices and other ingredients without overwhelming the beef's inherent gaminess. Cut into fine matchstick-size strips, the beefy batonettes came with coriander and cucumber strips for taste and textural contrasts amidst explosive bursts of chilli hotness. 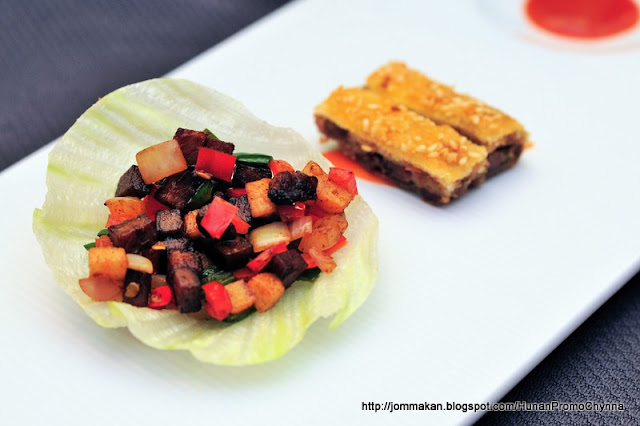 Another labour-intensive speciality is deep-fried duck with white sesame seeds (top right). This traditional delicacy required the duck to be marinated and steamed beforehand. Once cooked, it's coated in foamy egg white and deep-fried to sumptuous crispiness dotted with white sesame seeds. Biting into the delicate slivers, you'd appreciate the deep-seated meaty-eggy-nutty flavours that burst forth.

Occasionally, some Cantonese influences tend to surface in certain Hunanese dishes. Hardly surprising since part of the province borders Guangdong. This is evident from the sautéed lamb shoulder with romaine lettuce, a dead-ringer for sang choi bao or lettuce wraps. The minute dices of lamb, onion, bell peppers and pickled bird's eye chilli will send your pulse racing and cause you to break out in a sweat yet the whole package's unmistakably fresh and clear flavours bear shades of the Cantonese culinary approach. 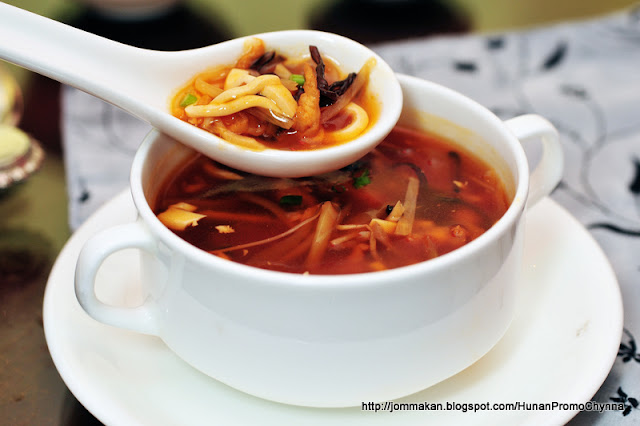 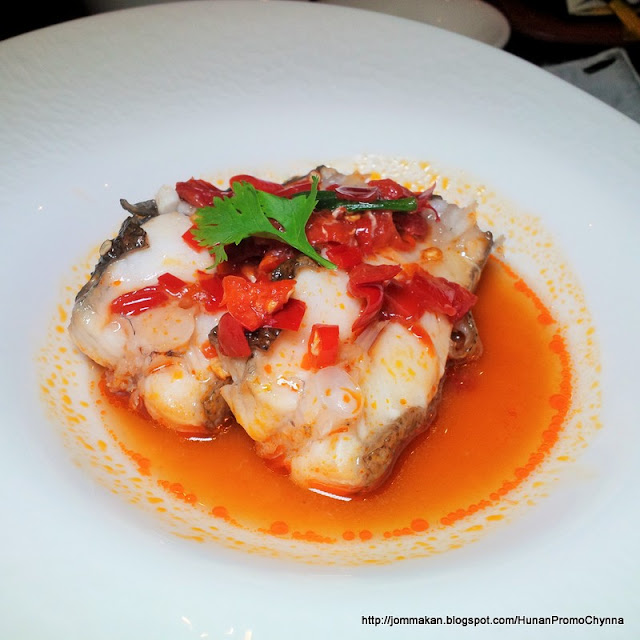 Using Hunan's famed fermented chopped chilli, the chef blew us away with his conversation-stopping steamed turbot with chilli sauce. Chef Wang deserves applause for amplifying the deep-sea fish's natural sweetness and enhancing the springy-soft flesh with the chilli's mellow fruity sweetness. The best part lies in the orangey pool of fish jus so make sure you lap up every sublime drop. We did. 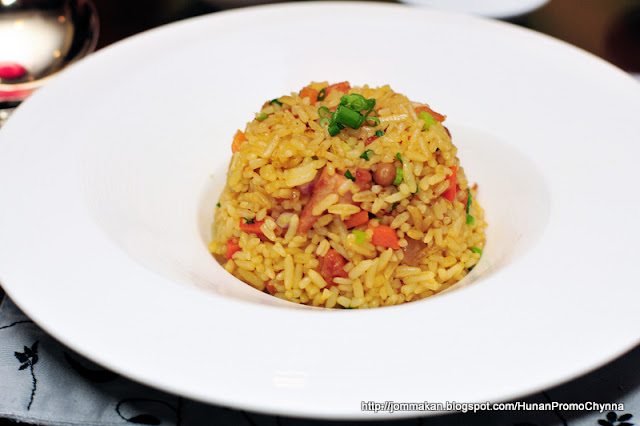 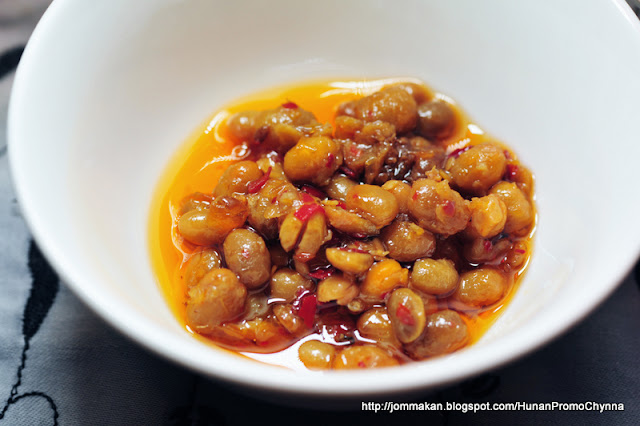 On their own, the fermented laba beans taste surprisingly agreeable; the muted savouriness pleasingly coy yet compelling on the palate. Unlike our local taucheo which is soft and mushy, these beans retain their shape well with a firmer mouthfeel. Added into the dish of fried rice with laba beans & chicken, it brought out an additional dimension of 'freshness' from the hodge-podge of ingredients: chicken, carrot, beans and egg white. 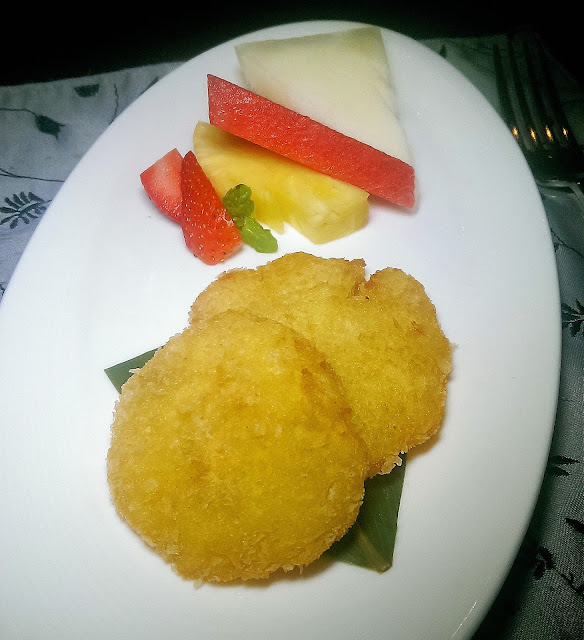 The set dinner wraps up with a folksy dessert of deep-fried potato cakes with lotus seeds - a homely offering that every Hunanese matriarch worth her salt often prepares as a convenient snack. Lightly crispy on the outside, the subtly sweet, flat patties were chewy soft inside with a touch of discernibly lotus creaminess.

The Hunan set and a la carte menus will be served for lunch and dinner at Chynna throughout the promotional period. For reservations, call Hilton Kuala Lumpur, tel: 03 2264 2596.
at May 30, 2015