DYNASTY DOES THE TWISTS 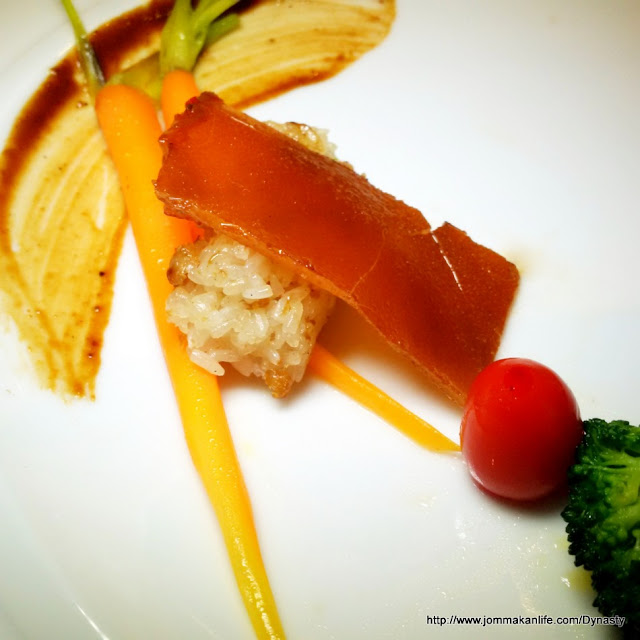 Meet Dynasty's show-stealer for Malaysia International Gourmet Festival (MIGF) 2015...this lil' piece of crispy suckling pig skin parked on white glutinous rice. The wondrous textural symphony etched itself on my mind as I polished off forkfuls of the smooth poached cod fillet whose fatty richness was aptly balanced by zesty pepper fondue. 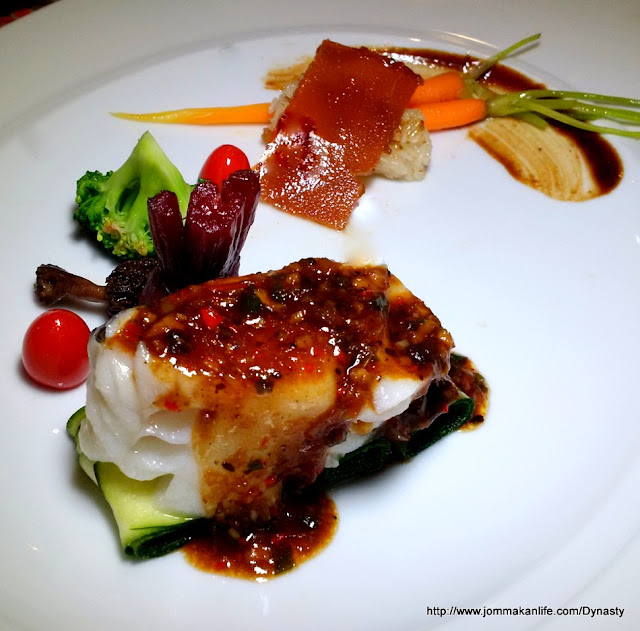 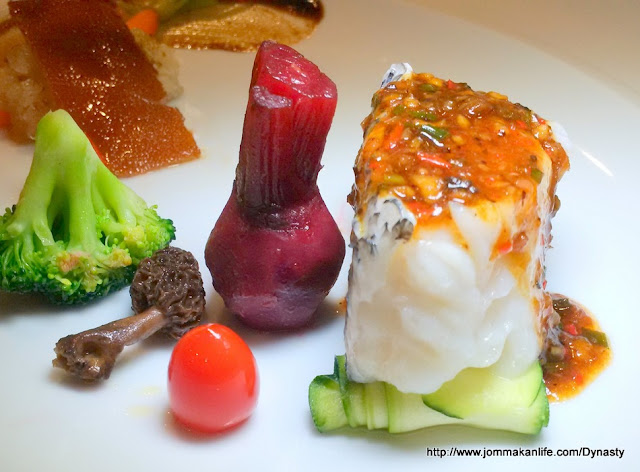 A distinct yet complementary palette of contrasting flavours and textures, that main course was the chef’s take on ‘surf and turf’ with an Oriental slant; kinda like deconstructed sushi.
According to Executive Sous Chef Kok Chee Kin, it is the first time pork is featured in Dynasty’s MIGF menu after 14 years of participation in the event. Response has been positive among regulars and avid followers of the chef once they learn of the special menu priced at RM228 (food only) per person and RM278 (with wine pairing). 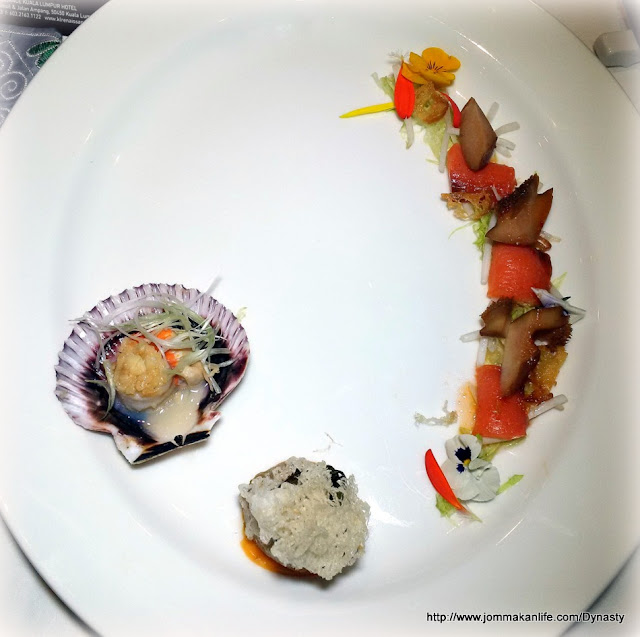 “The 4-course Festival Menu injects some Western and Japanese influences to give diners unexpected twists to familiar favourites,” said Chef Kok. His creative trio of dainty appetisers: Chilean scallop with garlic sauce, abalone salad with sesame and a shrimp bundle reflected that abovementioned approach right from the get-go. 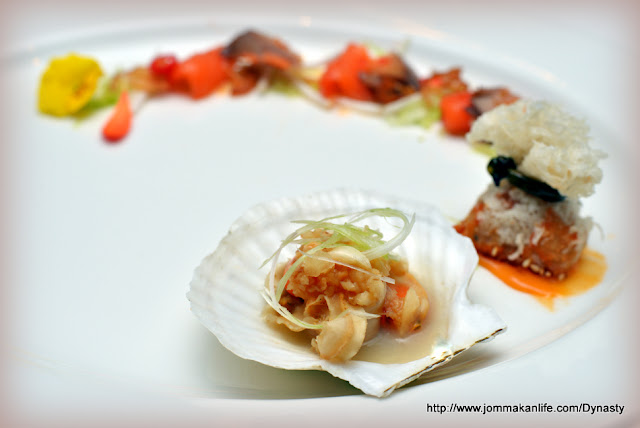 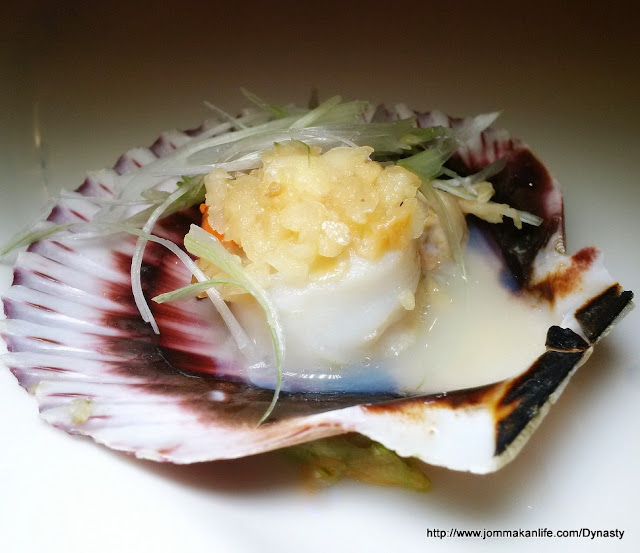 Presented on a big white plate in a curve, some delicate edible flowers were sprinkled intermittently to add colour. Personally, I found the sharp pungency of minced garlic overshadowed the scallop’s inherent sweetness a tad but it was not disagreeable. 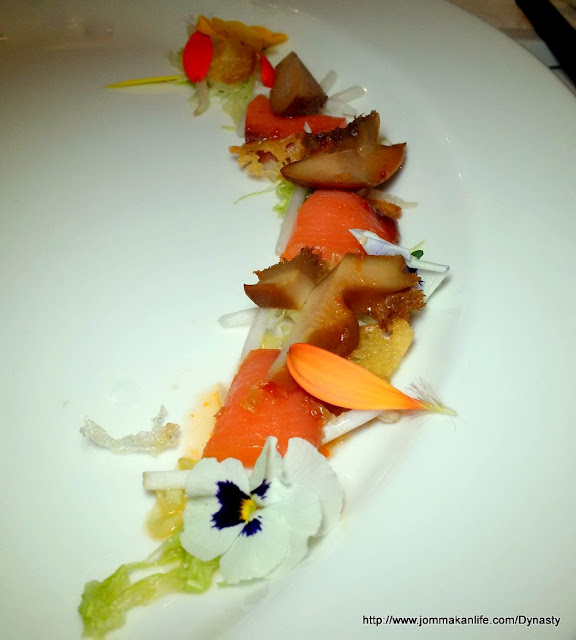 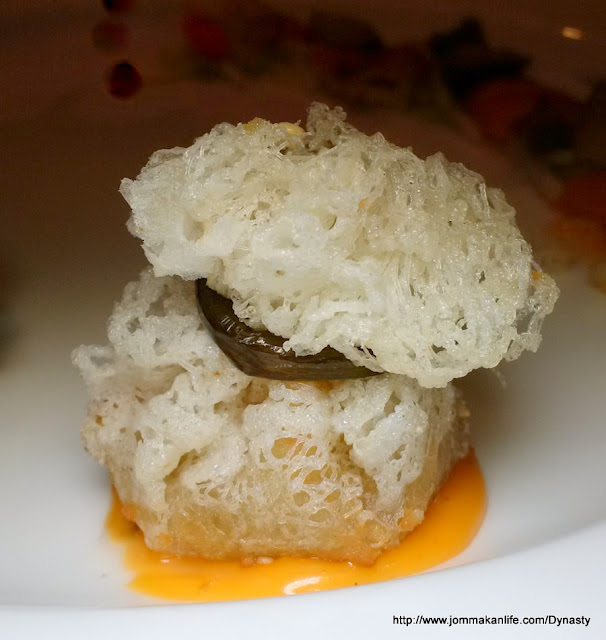 Take your time to savour the toothsome chewiness of the marinated abalone, complemented by beansprouts, shredded cabbage and piquant Thai chilli sauce. The crispy bundle of prawn with sesame passed muster. 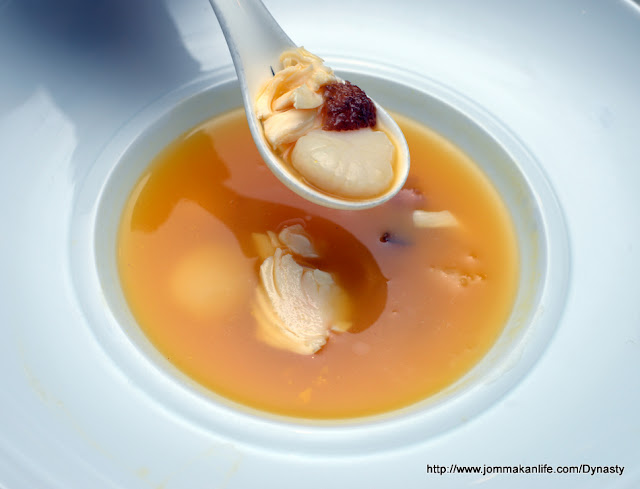 For the soup course, ham and steamed pumpkin formed the base for the lobster and blue ocean treasure with pumpkin essence. Laden with chunks of sweet lobster, diced sea cucumber, scallop and fish maw, few diners would diss this luxe broth. 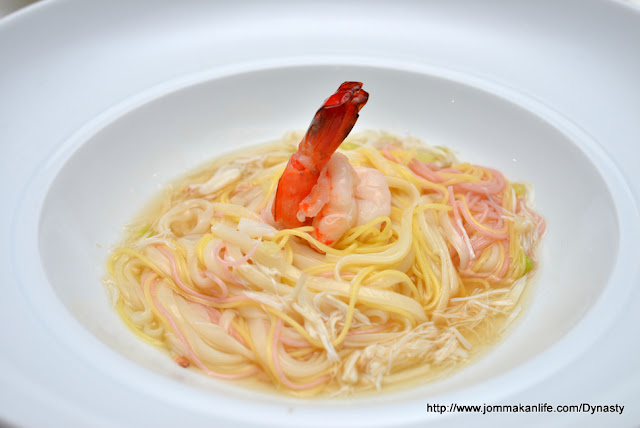 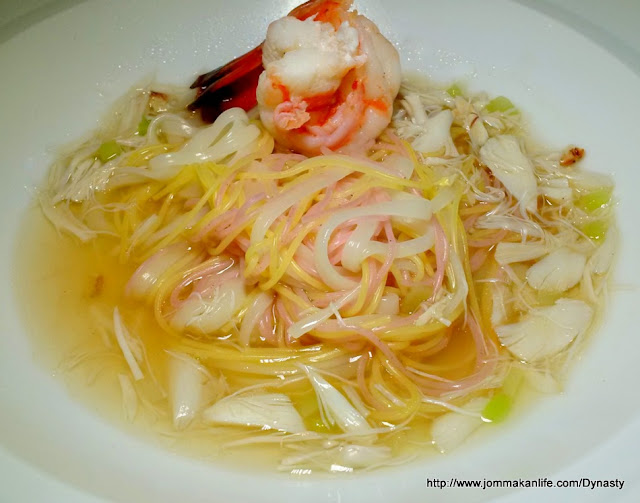 Clear, uncomplicated nuances ruled the second main dish of silky tricolour noodles with crab meat & seafood. Muted pastel pink, yellow and cream hues of the mini udon, egg and hiso noodles respectively served as a delicate canvas to show off the seafood’s sweet ocean freshness. Chicken stock and Chinese wine were the other components which lent a surge of savoury tastiness to the overall dish. 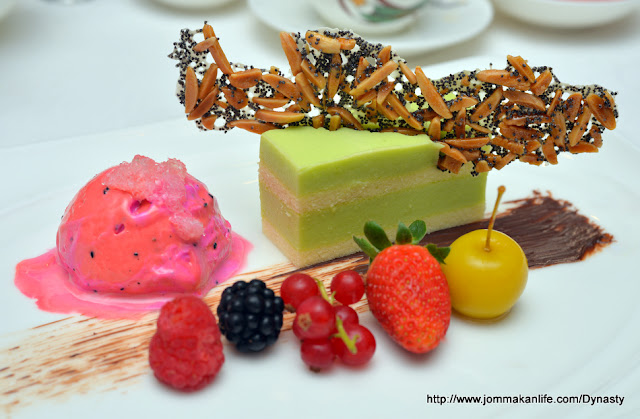 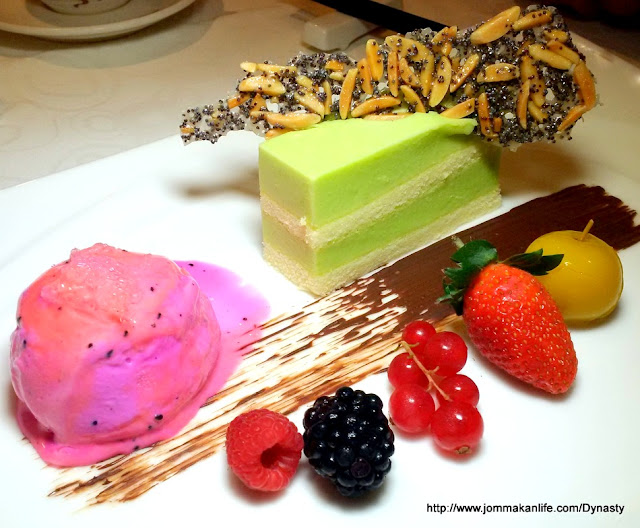