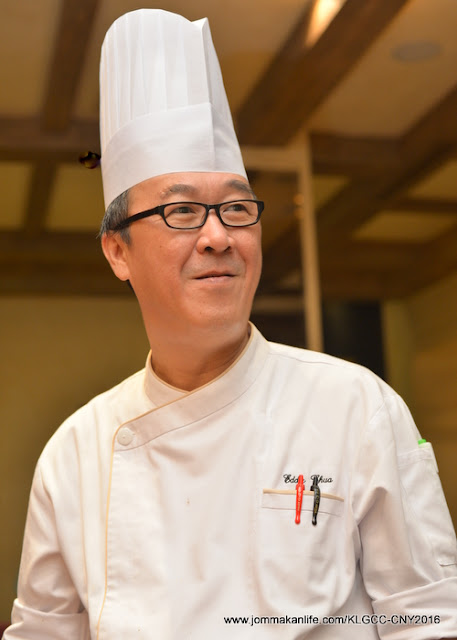 Roman Abramovich, David and Victoria Beckham, international business tycoons, Middle Eastern royal families and Hollywood superstars are some of the celeb guests Executive Chinese Chef Eddie Chua has cooked for during his previous stints abroad. With three decades of industry experience under his hat, the affable and humble Eddie has worked in some of the world’s most exclusive resorts and hotels in Maldives, Lebanon, Russia, Indonesia, India, Vietnam and the Philippines. 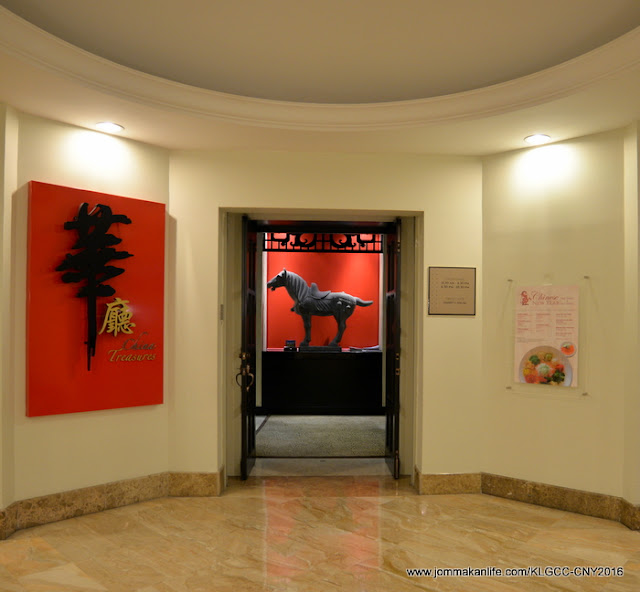 Now the Malaysian chef has returned to his roots, content to display his culinary prowess at China Treasures, Kuala Lumpur Golf & Country Club (KLGCC). This Chinese New Year, the five festive menus: Happiness, Abundance, Fortune, Prosperity and Wealth composed by Chef Eddie should leave you counting your blessings and looking eagerly to fruitful prospects brought in by the Monkey Year. 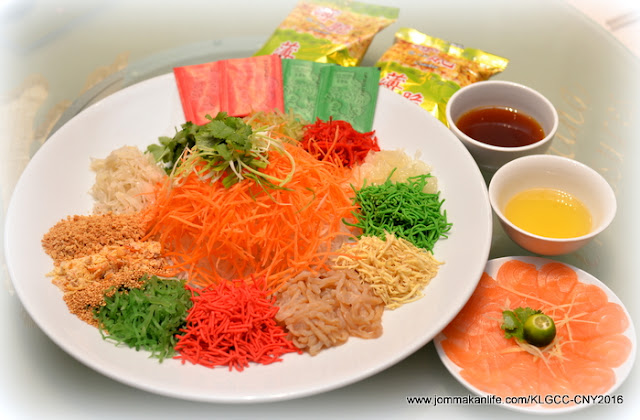 At the sneak media preview, we savoured a selection of hand-picked dishes from China Treasure's CNY menus. We tossed and stirred with much gusto with the curtain-raiser of Fresh Norwegian Salmon Yee Sang comprising colourful crisps, freshly shredded vegetables, pickles and condiments topped with slices of imported salmon. The customary speciality passed muster with no unexpected surprises. 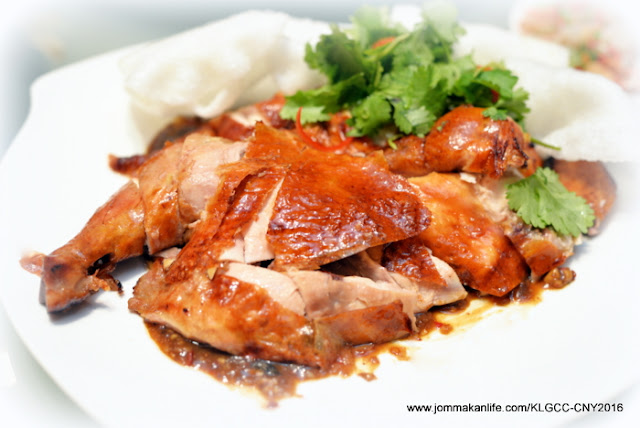 Stealthy jolts of tongue-numbing zinginess hit us when we bit into the Crispy Roast Chicken with Szechuan Pepper Hot Sauce. The chef revealed he had rubbed the punchy marinade inside the chicken prior to roasting. Once the chook is cooked, the collected jus was served as the base dip, giving a titillating dimension to the popular Chinese restaurant staple. Simplicity ruled the dish of Steamed Live Australia Jade Perch. We thought the fish lived up to expectations despite the formulaic fallback on spring onion, coriander, ginger and light soya sauce. The doneness was spot on too with the inherent sweetness tangible and palate-pleasing. 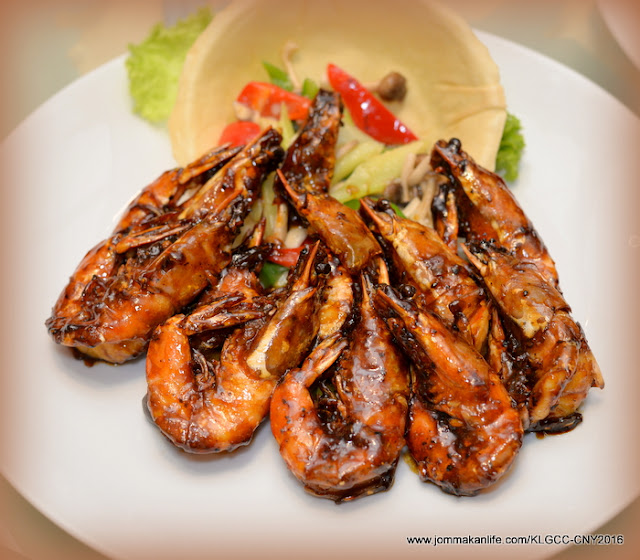 A milieu of bright, bold flavours emerged from the slick saucy coating of the succulently springy Stir-fried Crystal Prawns with Honey Pepper Sauce. To retain their natural sweetness, the prawn shell remained intact but with a back slit to make shelling easier. 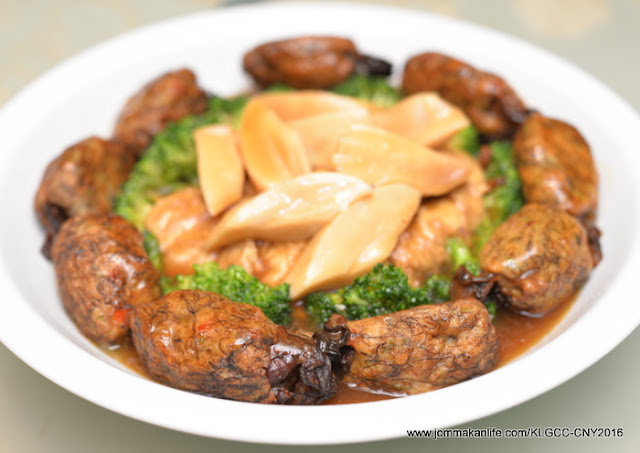 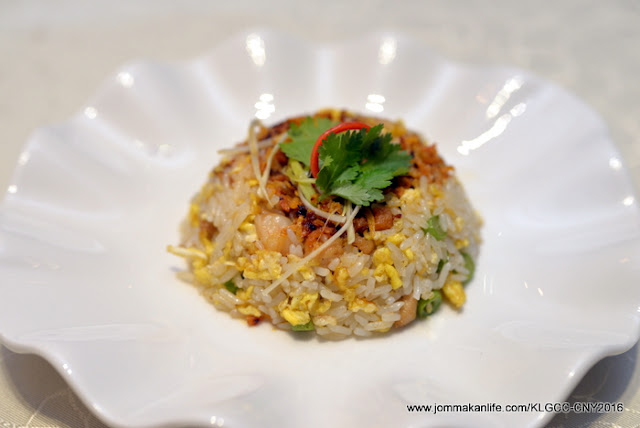 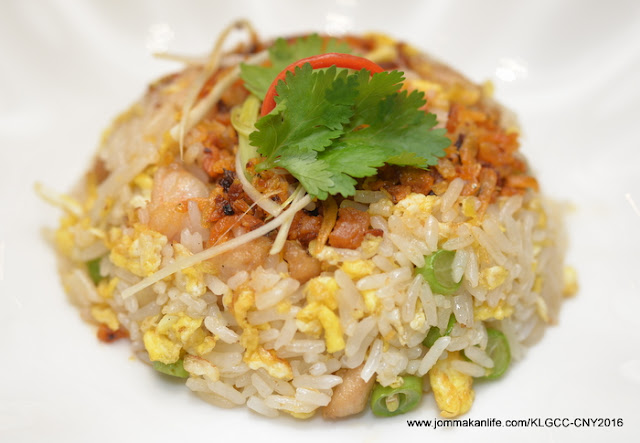 One can’t go wrong with a failsafe classic like Yong Zhou Fried Rice. Again no disconcerting element here to rock the boat for rice-crazy diners. The chopped long beans added texture and wholesome touch to the carb-rich offering. 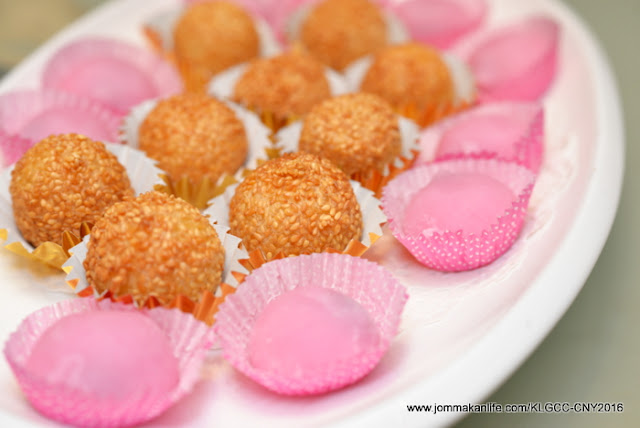 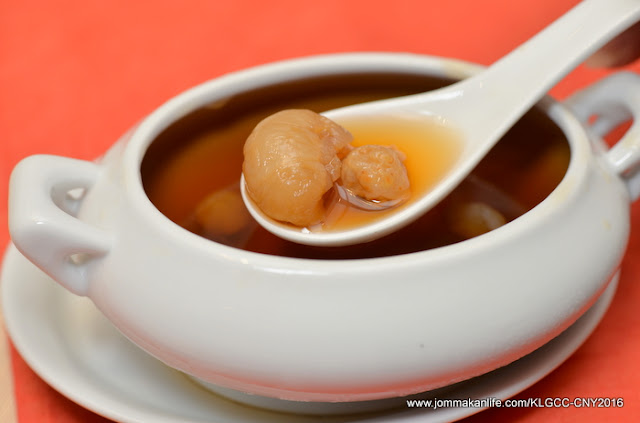 Depending on your choice of set menu, China Treasures’ CNY menus start from RM922.88 for table of six up to Rm3288.88 per table of 10 persons (with complimentary bottle of wine). 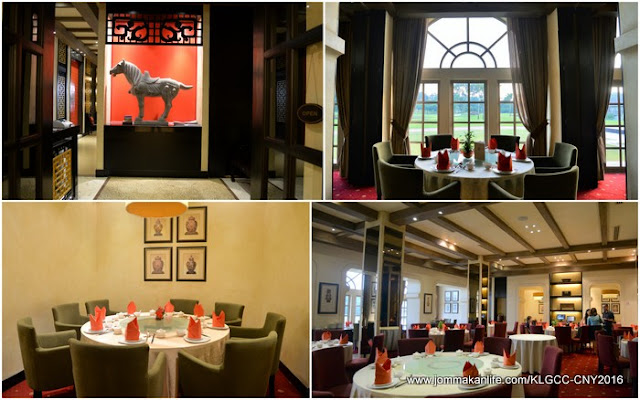