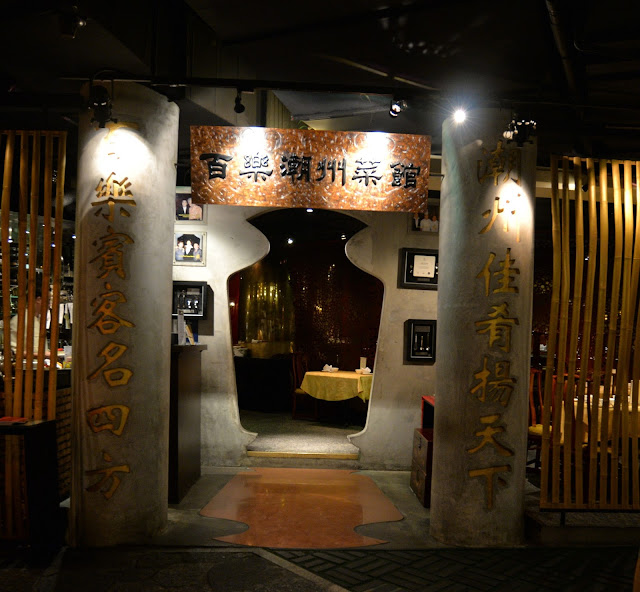 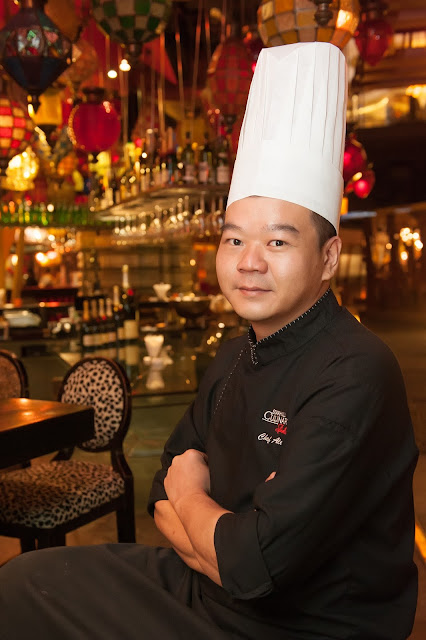 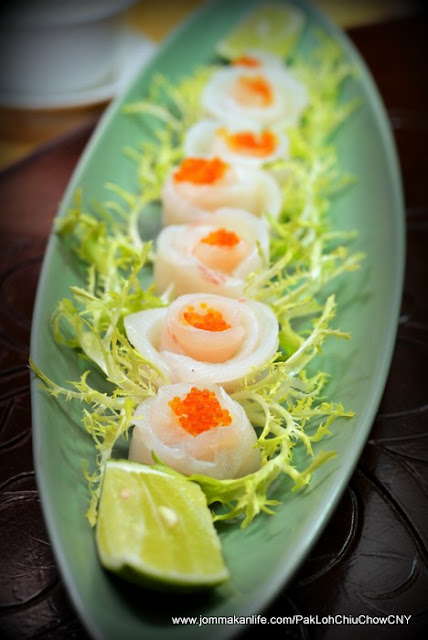 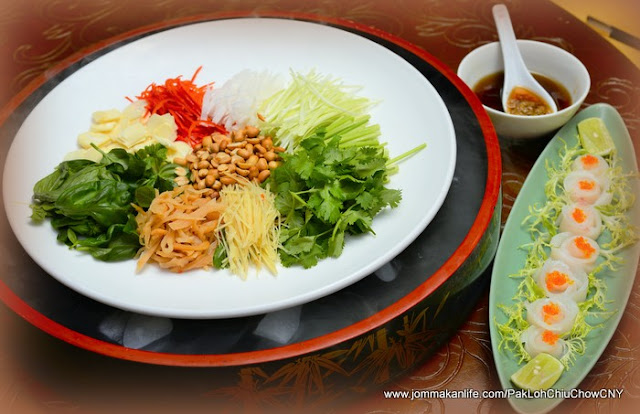 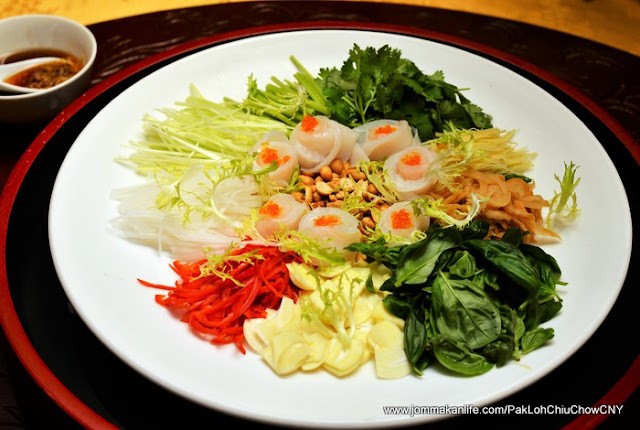 Drizzled with a blend of Japanese soya sauce, sesame oil, and grated galangal followed by a squeeze of lime juice over the raw fish rosettes, the salad ingredients captures the tastebuds with its harmonious balance of sweet, sour, salty, bitter and spicy nuances. Other variants (RM48-RM188) include venus clams, baby octopus, topshell, black caviar, salmon, jellyfish and sliced abalone. 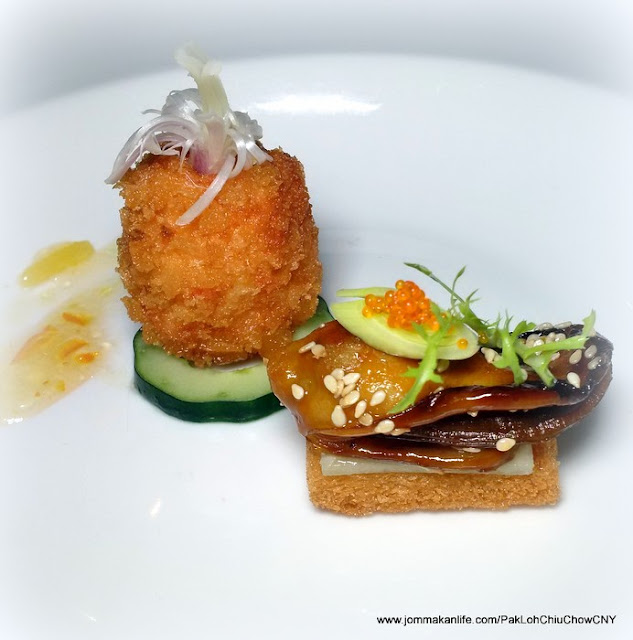 Chef Alex was also inspired to include a local touch into his festive creations such as the delightful Deep-fried Prawn Balls with Pineapple (RM28). Breaded and deep-fried till golden brown, the crisply coated prawn ball was complemented by a glob of thick marmalade-pineapple sauce to enhance its delicate flavour. 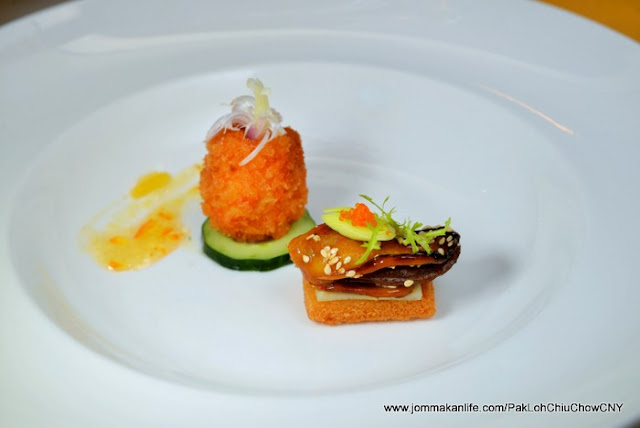 For me, the real spark of inspiration came from the chef’s simple but sublime Honey Glazed Hong Kong Dried Oyster (RM45). Placed atop a piece of fried toast and a sliver of cucumber, the smoky sweetness and slight chewiness of the dried oyster was mid-blowing. A stellar offering worth returning for. 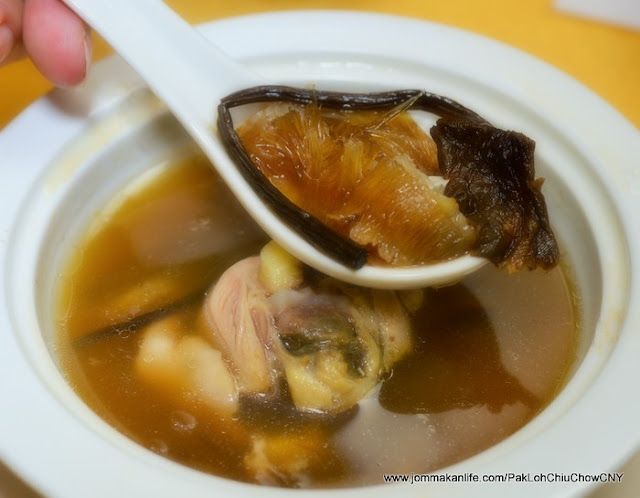 For traditionalists at heart, there’s Double Boiled Shark’s Fin Soup with Dried Straw Mushroom (RM50). The fungi known as agrocybe cylindracea or poplar fieldcap bestowed its noticeably woody-nutty accent to the rich broth culled from old chicken, Chinese ham, lean pork ad pork bones. All in all, it took the chef 12 hours to make this soup. 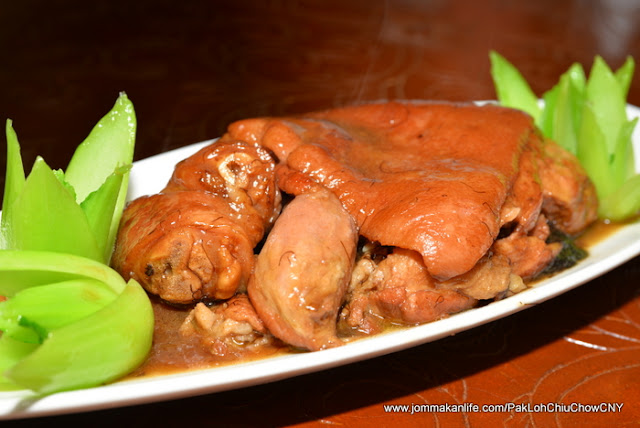 Evergreen festive fave such Braised Pork Trotter with Black Moss & Vegetable (RM88) is also big with the Pak Loh Chiu Chow clientele. There was no need to reinvent the wheel for this customary dish but its painstaking preparation means blanching the trotter first before it is deep-fried then braised until melt-in-the-mouth tender. With the mere addition of black moss and greens, the hefty portion becomes a soul-satisfying platter reminiscent of hearth and home. Also available as a take-away option, the dish can easily be reheated for 30 minutes, making it perfect for family reunion dinners. 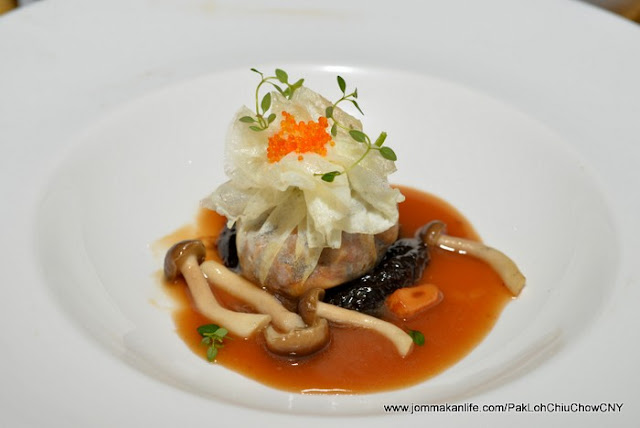 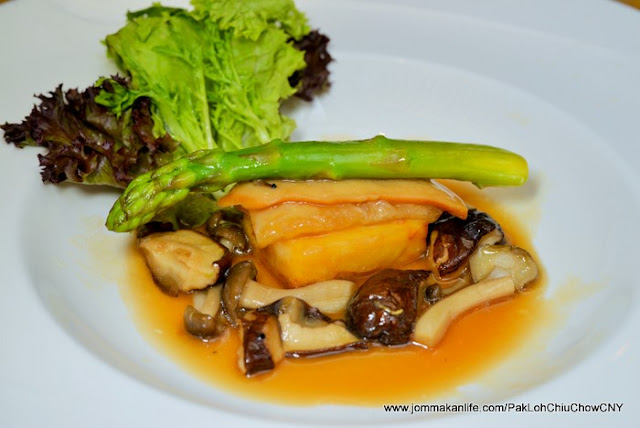 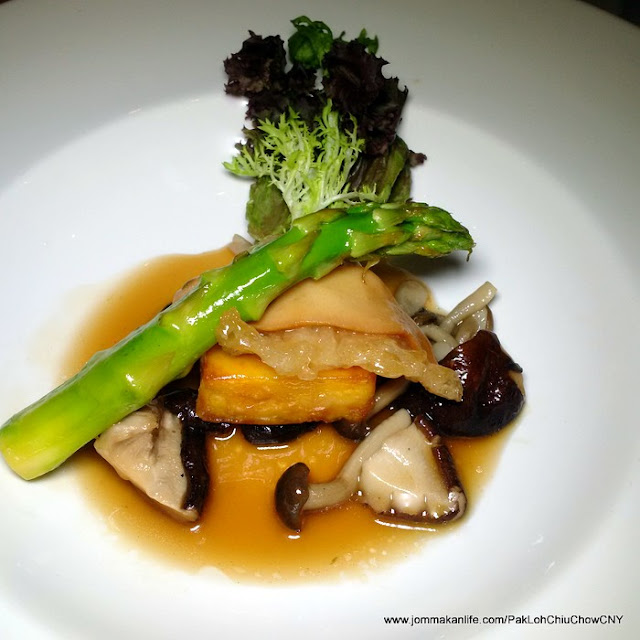 Healthier dining expectations also drove the chef to rustle up his self-made Pumpkin Beancurd with Eel Maw & Sea Abalone (RM28). The beancurd’s clear simplicity and smooth custardy texture has an enticing hint of sweetness, resonating with marine-savouriness from the attendant glossy, umami-rich sauce. For textural contrasts, there’s toothsome sliced abalone and eel maw to chew on. 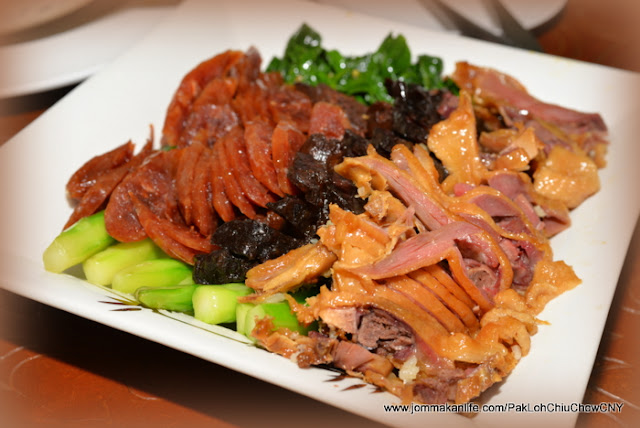 To boost the waxed meat flavours, he boiled them with ginger, spring onion and Xiao Shing wine before the assorted waxed delicacies are steamed and served for the Claypot Mixed Waxed Meat Rice (RM68). A special soya sauce concoction is mixed into the rice with the waxed meat before serving so each flavourful bowl had us devouring more than our fair share. 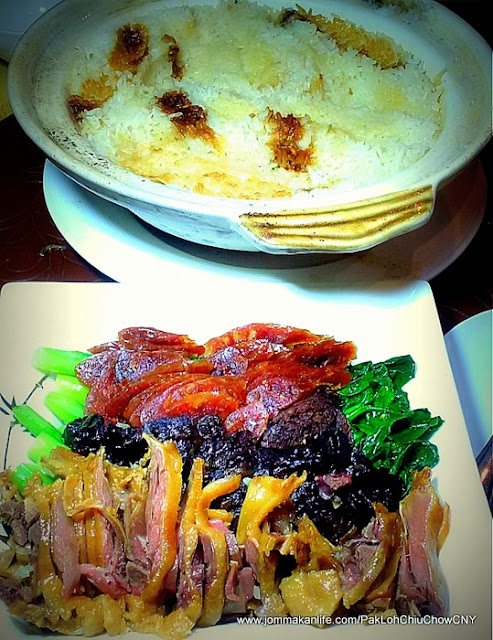 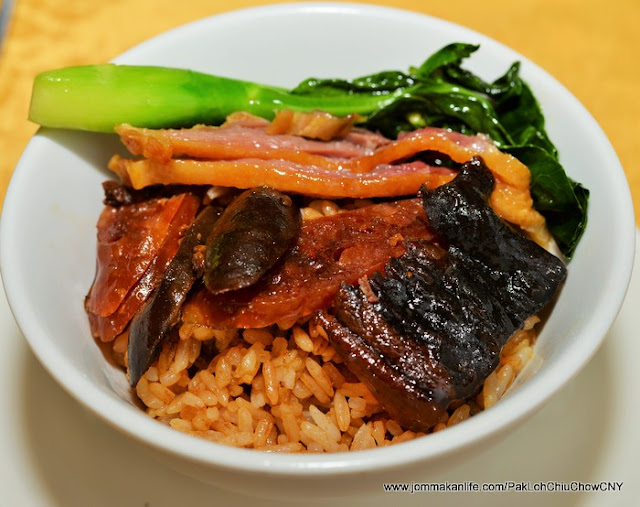 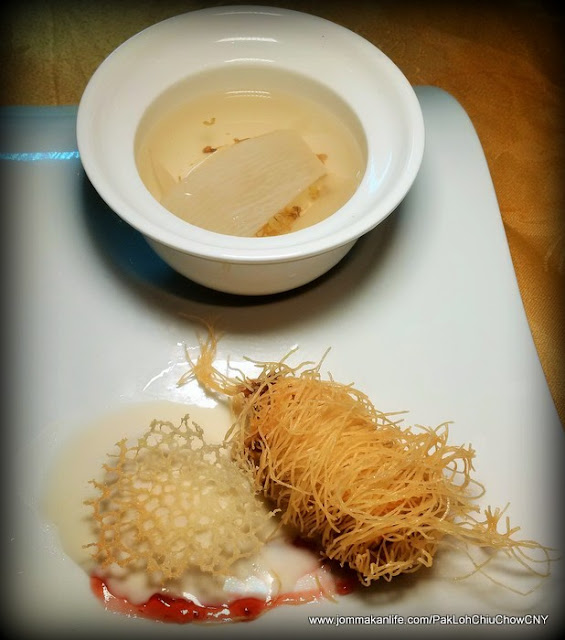 Pak Loh Chiu Chow will be offering two 8-course set menus: the Four Season Fortune Set Menu (from RM398 onwards) and the Golden Jade Prosperity Set (from RM798 onwards) for dining parties of four, six and ten persons. Available from 9 January 2016 until 22 February 2016. All prices are inclusive of 10% service charge and 6% GST. 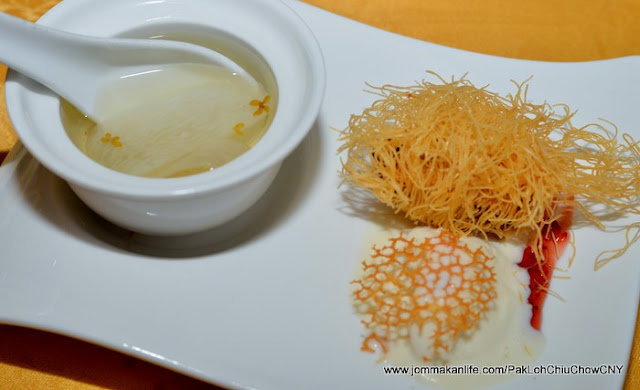 those are some very good looking dishes!