CLOSE ENCOUNTER OF THE HAIRY KIND 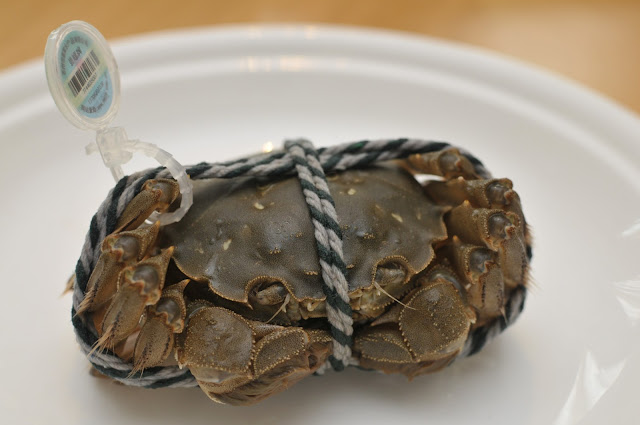 Black, beady eyes, furry, spindly legs and flailing claws adorned with tufts of fine hair provide diners with plenty of hairy moments each autumn in China. These aren't some far-fetched Halloween ghouls but 'da zha xie' or hairy crabs - a seasonal delicacy that makes their appearance during the cooler autumn and early winter months in the populous continent. 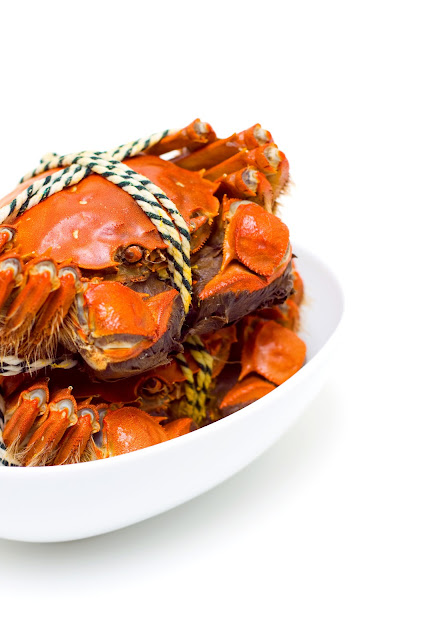 Also known as big sluice crabs or mitten crabs, these greenish-grey creatures are so highly-prized by Chinese gourmands for their rich roe that demand has far outstripped supply for years. Those that hail from East China's Yangcheng Lake and Lake Tai are said to command triple the market price but you'd need to ensure they're the real McCoys. Due to rampant counterfeiting (yes, even for crabs!), the originals come with plastic ID tags to certify their authenticity. 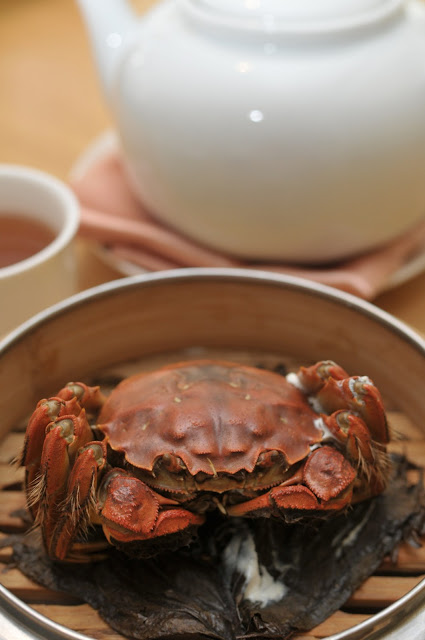 However, it's not a fail-safe method as vendors are known to transplant crabs from other lakes and let them frolic in the actual Yangcheng Lake for a brief spell (ranging from three months to two weeks) prior to export or sold domestically, hence they're known as 'xi zao xie' or shower or bathing crabs.

Yet such practices haven't dampen enthusiasm for hairy crabs a bit. Most of the crabs are now bred and harvested on contract; it takes two years for mature crustaceans to be market-ready. The palm-size crabs are exported live and has to be kept inside temperature-controlled chillers to ensure their freshness. 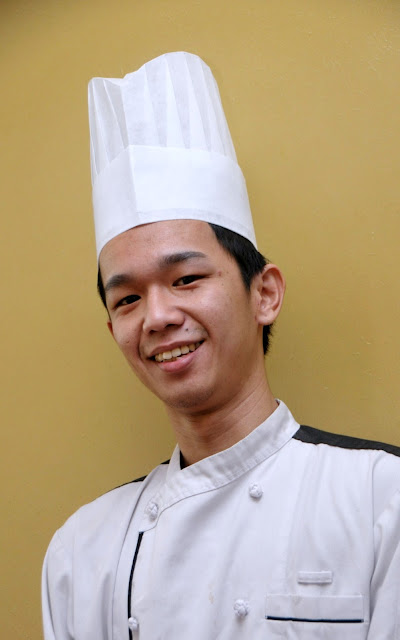 Executive Chinese chef Thian Taik Yong of Di Wei Restaurant, Empire Hotel Subang informed us that the crabs are immersed in ice-cold water twice daily for about 10 minutes and checked to ascertain they're still alive. "The hairy crabs should have a glossy carapace while the underbelly should be ivory-coloured. They should be heavy to the feel. Those with round belly denotes female crabs." 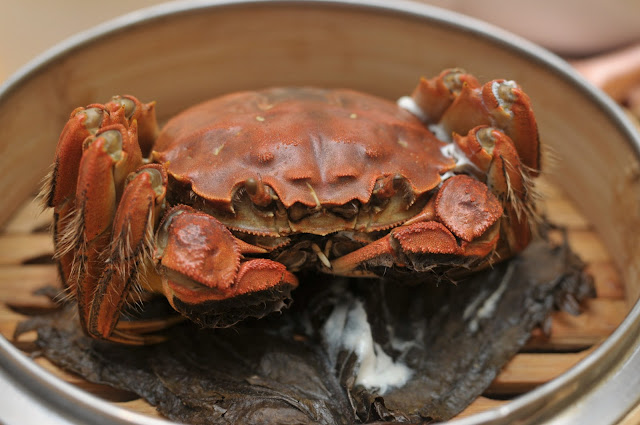 At Di Wei, the waitstaff does most of the tedious work of prying open the Steamed Hairy Crabs (RM88++ each, RM148++ for a pair) for you. The top shell is then placed back onto the crustacean itself whilst the legs and pincers are snipped off so that diners can pick up and devour the individual pieces.

Each mouthful of the crabs' rich, orangey roe taste like a dense custard that's not unlike salted egg yolk. The meat is delicately sweet; its mild fishiness tempered by a tart dark vinegar and ginger dip. Since hairy crabs are considered cooling (yin), most restaurants serve a cup of warm ginger tea to diners as a tonic to balance the after-effects. 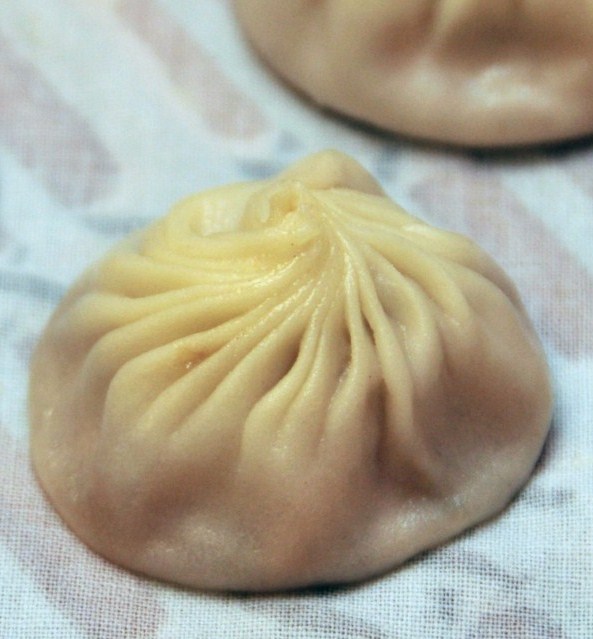 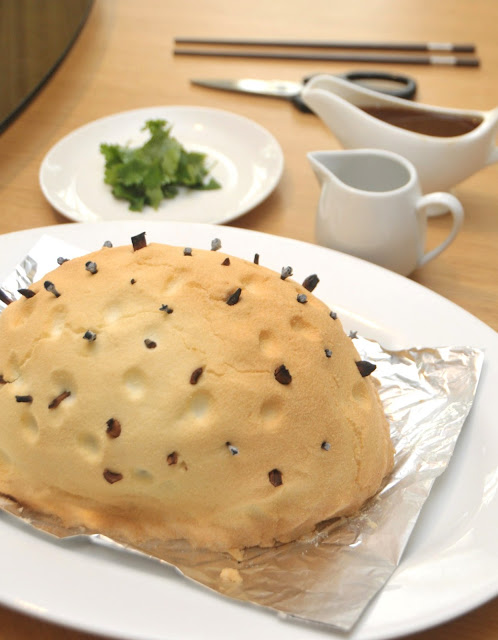 For the impending year-end festivities that herald the months of November and December, Chef Thian has another treat in store: Rock Salt Baked Chicken (RM68.80++ each). Those who spend RM60 and above on a la carte orders stand to land a better deal as it will only cost  RM28.80++.

An updated version of the traditional favourite of Beggar's Chicken, the 28-year old chef decides that the offering could do with better presentation and some dramatic flair; to enhance one's dining experience and add to the merriment of diners' year-end revelry. 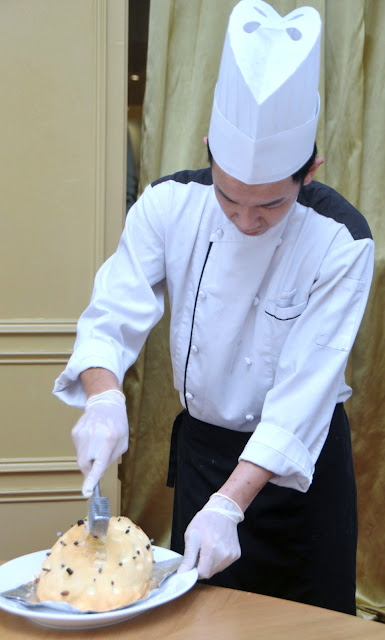 Hats off to Chef Thian for his painstaking efforts. First, he fries the whole cleaned chicken first to give its skin that appetising brown hue. Then he stuffs it with three types of mushroom, dried scallops and some Chinese herbs before wrapping it in greaseproof paper and aluminium foil for steaming. This partially cooks the poultry before it is encased within a fine salt and egg white crust, studded with cloves. 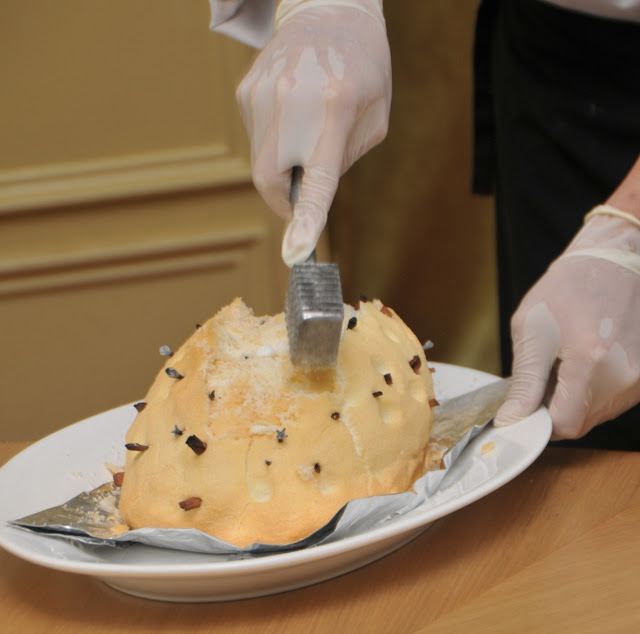 Once an order is received, the chef will bake the chicken for about 20 minutes. This gives the rock salt crust a lovely golden brown and for additional oomph, the whole thing is set aflame at the table with some mui kwai loh (Chinese rose wine). Whose mouth won't water once the nose catches a sniff of the fragrant sweet wine? 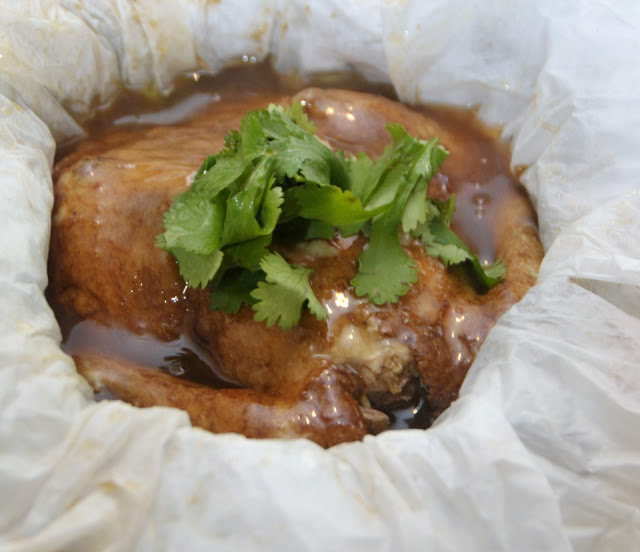 More droolworthy aromas emerged once the layers of foil and paper were peeled back, revealing a fall-off-the-bone tender chicken with a layer of light, clear broth on top. We dug in and picked at the soft, juicy meat, marvelling at the pleasant woody herbal accent that permeated the flesh. 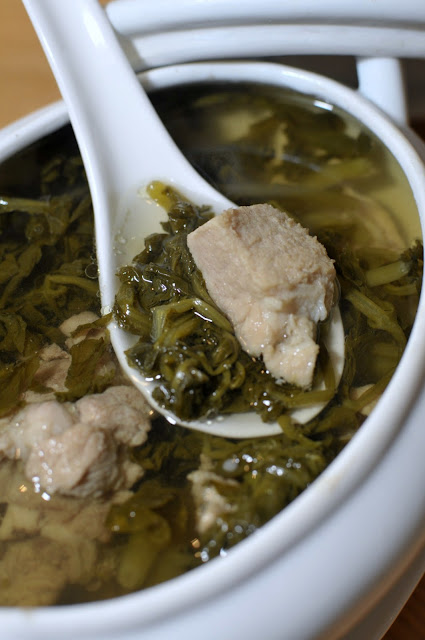 Di Wei also serves a selection of evergreen broths such as Double-boiled Watercress and Pork Rib Soup that should provide ample succor for the city slicker's soul. Chunky pork ribs lent the sweet clear broth a nice richness whilst the mildly bitter greens are said to be good to combat an overly yang or 'heaty' body. 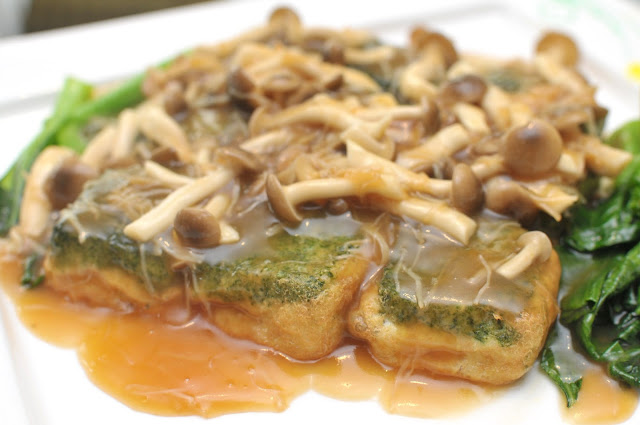 Another signature dish is the Mushroom and Spinach Beancurd topped with assorted mushroom, a simple but scrumptious creation that has fried jelly-soft beancurd layered with blended spinach. A generous serving of viscous sauce laden with dried scallop and tiny bunashimeiji mushroom lends the dish moistness and flavour. 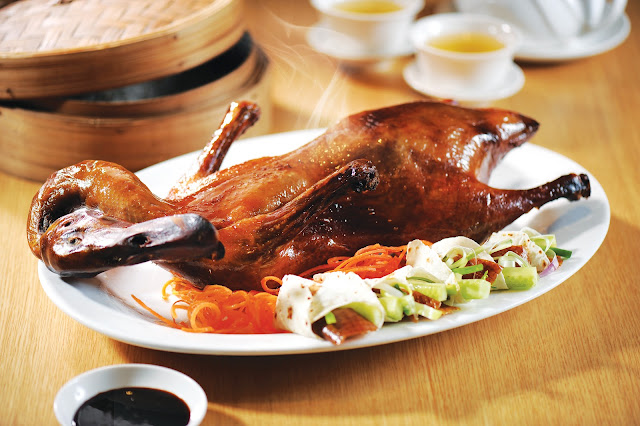 love the information about that hairy one! so much work just for the pleasure of our stomach.... lol.... I have yet to try one but your pics are just making me drool non-stop!