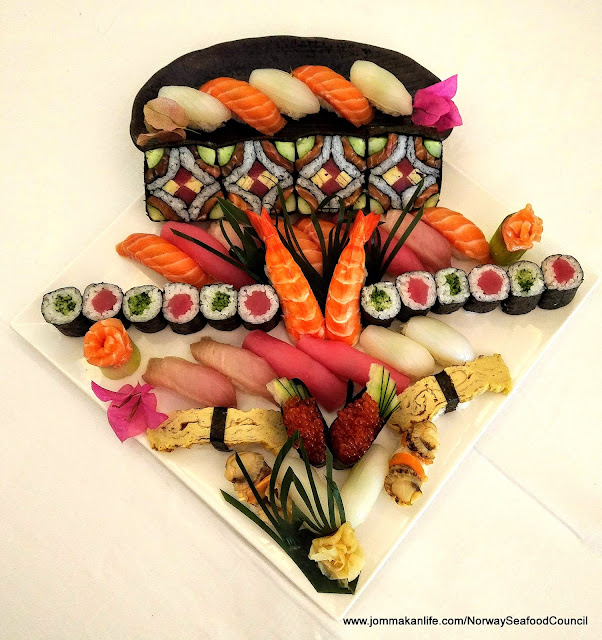 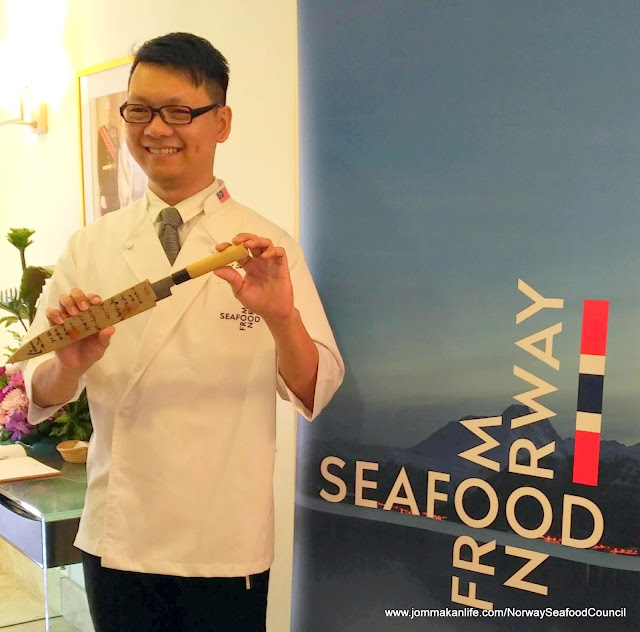 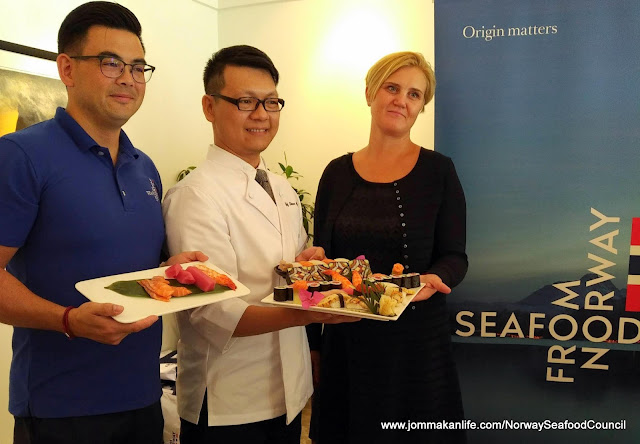 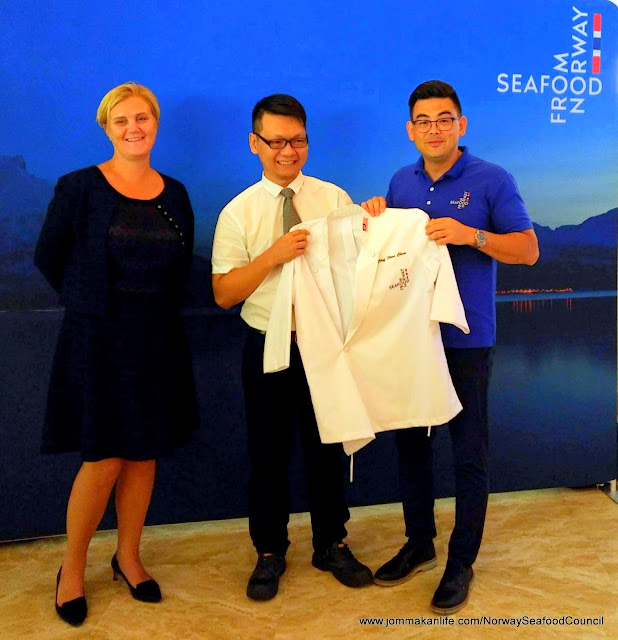 At the lunch, Jon Erik Steenslid, Regional Director (Southeast Asia) of Norwegian Seafood Council presented Chef Chua with a specially made chef’s jacket and a sushi knife for The World Sushi Cup on August 23, 2018. As Malaysia’s sole representative, Chef Steve Chua will be battling 40 top sushi chefs from around the world in the prestigious competition. 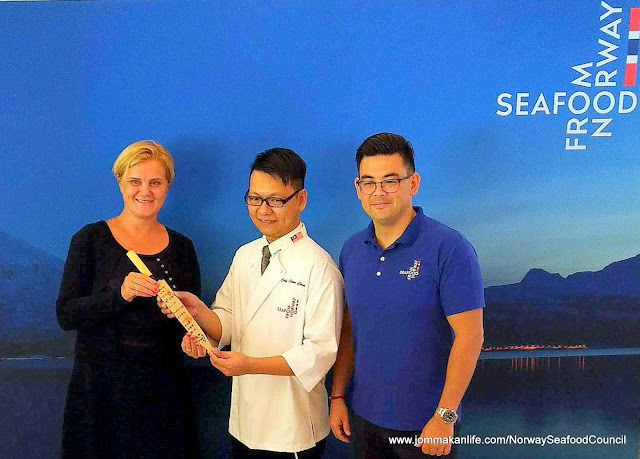 The earlier training by sushi master, Hirotoshi Ogawa was a boon for local sushi chefs like Chef Chua as proper handling of raw fish is of paramount importance. Since most of the sushi chains in Malaysia use salmon and trout from Norway, the educational programme for sushi chefs run by the Norwegian Seafood Council is timely and helps to ensure food safety through hygienic handling of the fish. 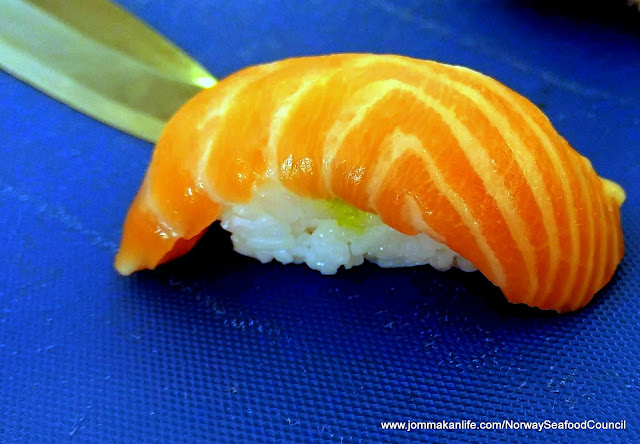 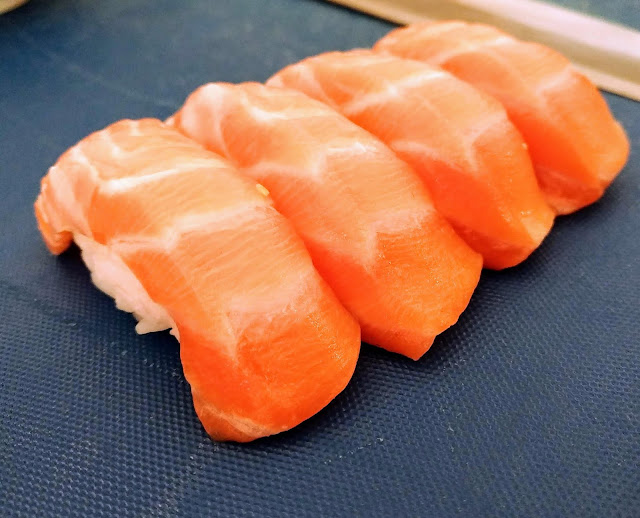 Chef Steve Chua enthused, “Besides basic sushi making skills, the chef touched on critical topics such as hygienic handling of seafood for raw consumption. The eye-opening training emphasised every little detail in sushi making and I can’t thank Norwegian Seafood Council enough for giving me this opportunity.” 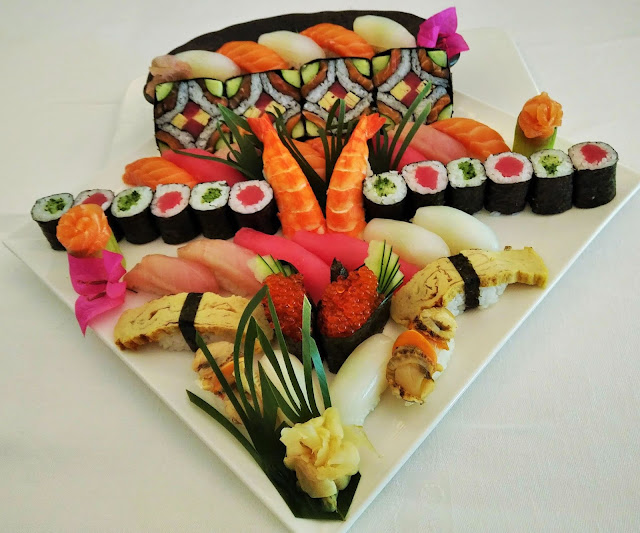 Besides the pretty platter of Edo-style sushi he prepped for the photo opp, the chef also blew us away with his exquisite creations of Salmon Bruschetta, Salmon Belly Consommé, Salmon Sushi Fiesta and Tofu Cheesecake on that day.
Speaking at the lunch, Mr Jon Erik Steenslid, Regional Director (Southeast Asia) of Norwegian Seafood Council said, “Norwegian salmon and fjord trout are the most preferred choice of fish in sushi restaurants in Malaysia. However, it’s imperative for us to counter unsubstantiated stories of food poisoning and claims of salmon containing parasitic worms. Often, it boils down to unhygienic handling of the fish.” 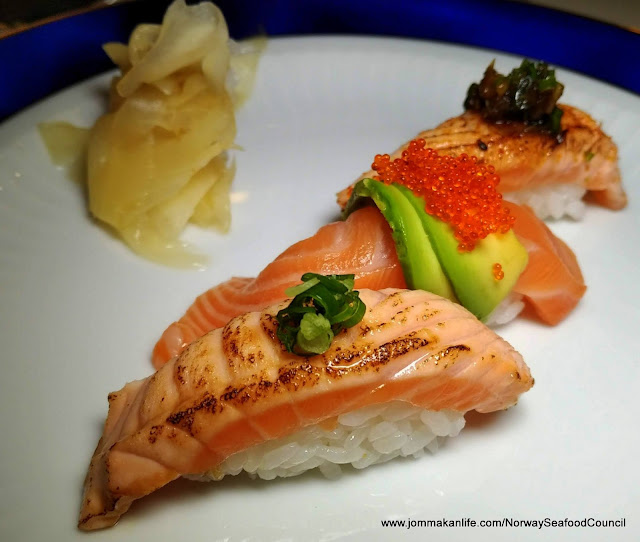 Steenslid also said Norwegian Seafood Council is intensifying promotion of Norwegian salmon and trout locally as “Malaysia has the highest consumption of seafood per capita. There’s massive market potential for Norwegian seafood and our survey shows Norway is the most preferred country of origin for purchases of salmon and fjord trout.” 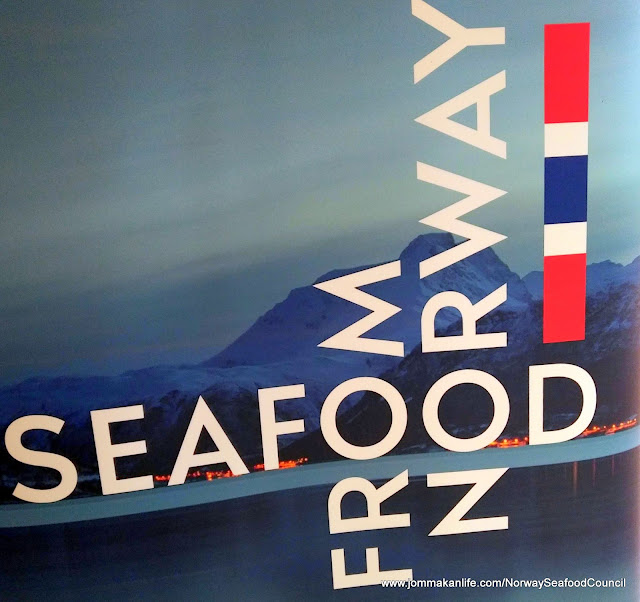 As the second largest seafood exporter in the world, Norway is the world’s largest producer of farmed Atlantic salmon and Fjord Trout. A world-renowned pioneer in modern trout and salmon farming, Norway’s technical knowledge and management of resources is unsurpassed when it comes to handling and delivering fish and seafood of the highest quality to the global market.
at August 21, 2018